During an Instagram Live, a fan asked Madonna, the Princess of Pop, what her future plans are. She responded:

"Stadium, baby! Me and Britney, what about that?"

However, there might be one issue. Britney is not too keen on touring since she got her freedom back.

Sources close to PageSix stated that the stage was not the "Toxic" singer's "top priority."

Besides, Britney, who is enjoying time off with her fiance, Sam Asghari, might change her mind once the pandemic is over.

Of course, there is still a possibility, and the reunion would be largely welcomed. Maddona added that a joint tour would be "really cool." She got fans excited by saying:

"We could reenact the original kiss."

The kiss led to a duet, Me Against the Music, and though it was not as shocking as one might assume, it was one of the most memorable MTV VMA moments. 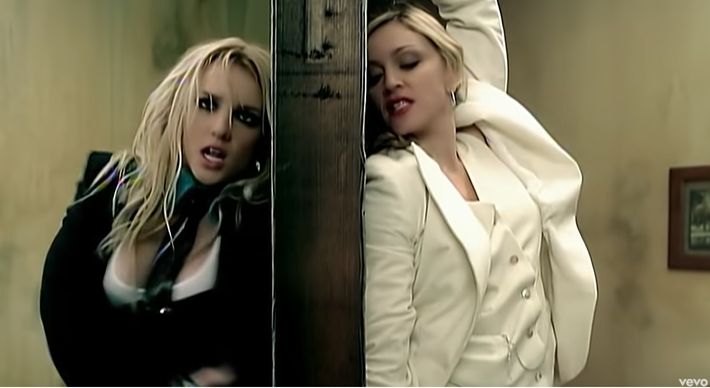 Though Christina Aguilera was part of the trio, Madonna did not mention her. Britney is still holding grudges against Aguilera, though only two days ago, Xtina explained:

"I will just say what I do feel comfortable in saying, as I've said before, that I've stated couldn't be happier for her (Britney). Every woman deserves to feel empowered and to own that for themselves, however they see fit."