Antony Bourdain left us several enjoyable cookbooks for various cooking skills and occasions. Among the most delicious and most famous dishes is his Macau-style pork chop sandwich.

Today we're going to teach you how to make this extraordinary dish a la Bourdain and impress someone you like or make a feast for one. Your choice.

Anthony Bourdain: Five Of His Tips For Eating Out

Famed chef and a sandwich

In Anthony Bourdain's last cookbook, "Appetites," he featured a sandwich that won his heart while visiting Macau. The dish is based on street food he had in the southernmost part of China. Bourdain called it a Macau-style Pork Chop Sandwich and labeled it the best recipe in his book. 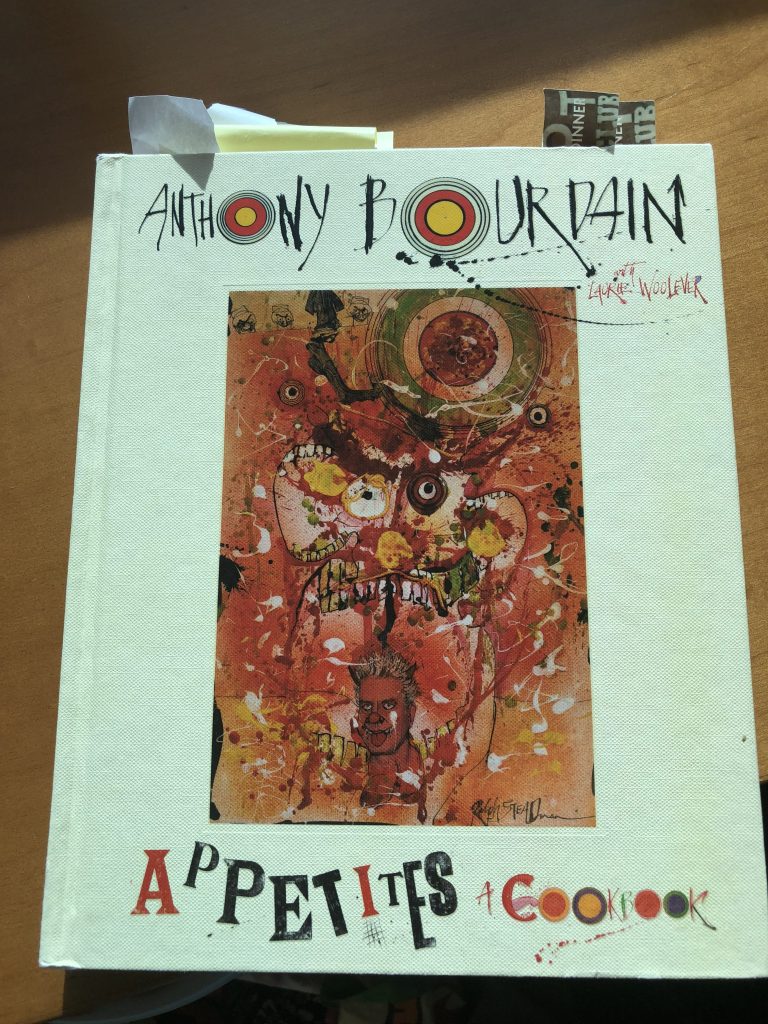 Famous chefs don't usually proclaim a sandwich as their favorite dish, but this wasn't just any celebrity chef, nor is this a plain sandwich.

The meat's crispy yet juicy and full of flavors. If you don't mind frying, you will love this dish, even if you're not a fan of the pork. Hopefully, you will enjoy it, since it's among our top recipes by Bourdain, and you have to make it to understand why!

How to make a sandwich like a Rockstar chef

Ingredients are adapted, and this is a recipe for four people. You'll need: 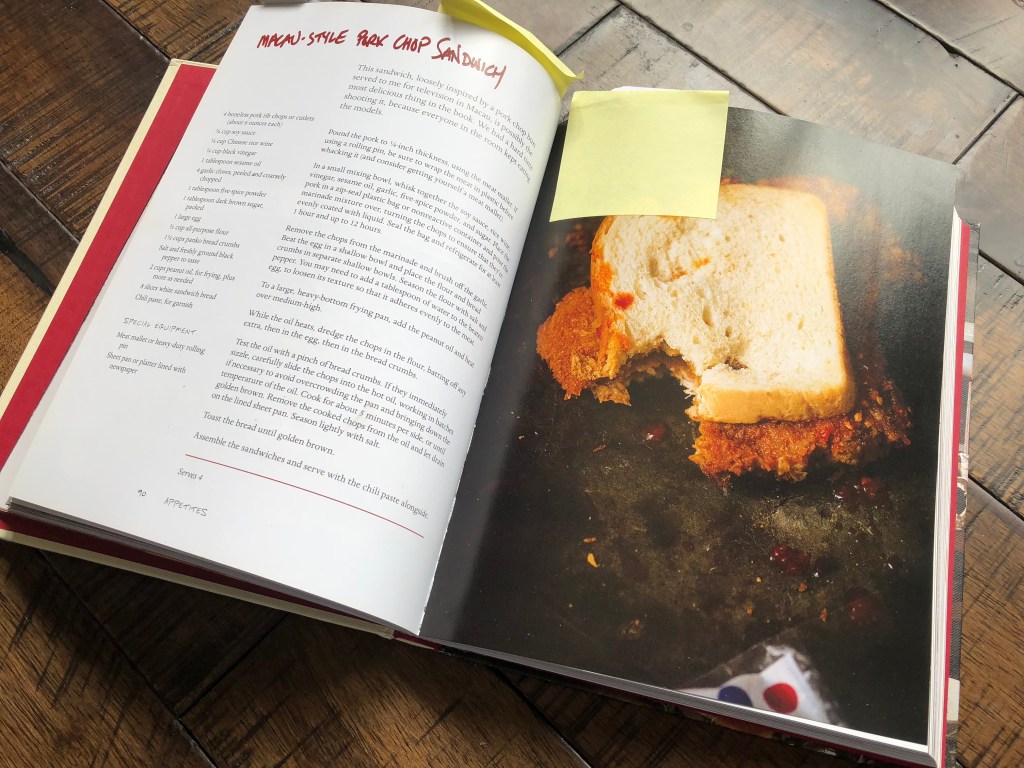 2 cups peanut oil for frying, plus more as needed

Insert the pork chop into a large ziplock bag and pound to ¼-inch thickness using a meat mallet.

Place the pounded pork into the plastic bag and then marinade mixture over them. Turn the chops to ensure that they're evenly coated with liquid. 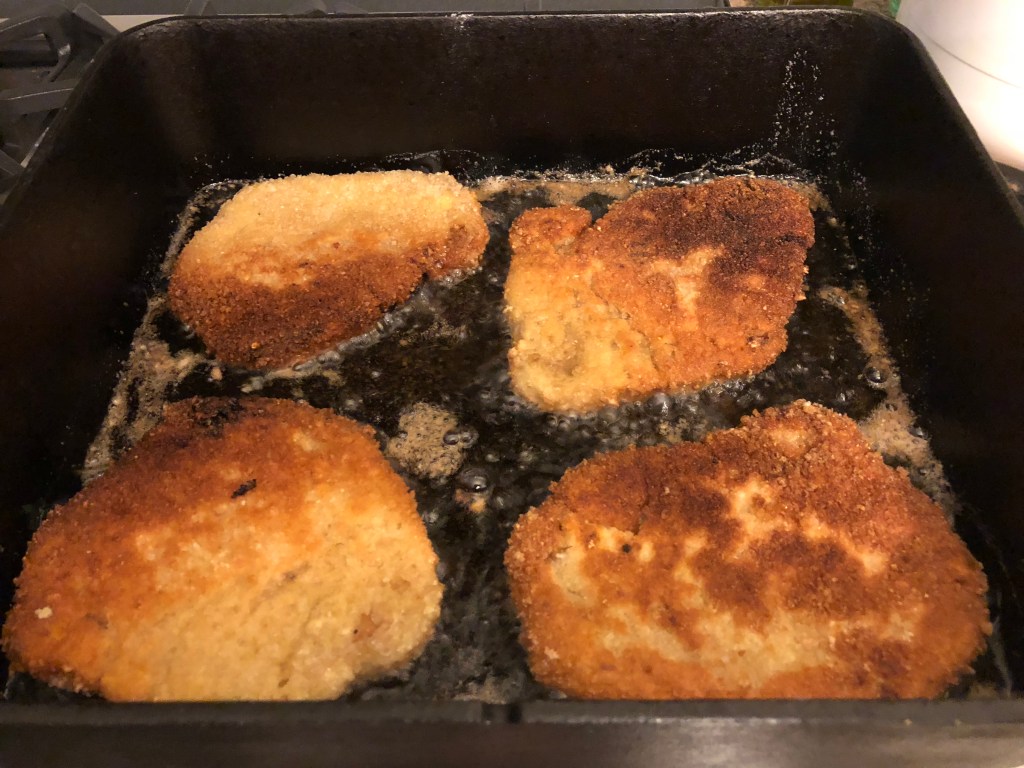 Seal the bag and refrigerate for at least 1 hour and up to 12 hours.

Remove the chops from the marinade and brush off the garlic. Beat the egg in a shallow bowl and place the flour and breadcrumbs in another shallow bowl.

Season the flour with salt and pepper. You may need to add a tablespoon of water to the beaten egg to loosen its texture so adheres evenly to the meat.

To a large, heavy-bottom frying pan, add the peanut oil and heat over medium-high.

While the oil heats, dredge the chops in the flour, tapping off any extra, then in the egg, and finally in the breadcrumbs. 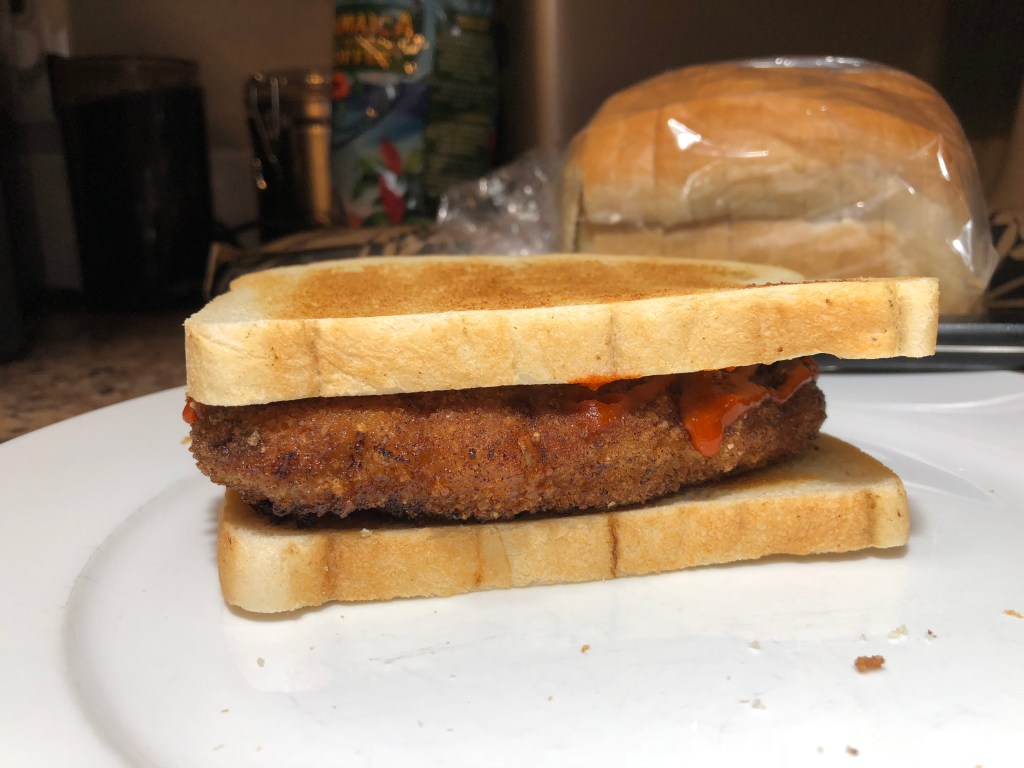 Test the oil with a pinch of breadcrumbs. Carefully slide the chops in the hot oil. Place them in batches if necessary to avoid overcrowding the pan and bringing down the oil's temperature.

Cook for 5 minutes on each side or until golden brown.

Remove the chops from the oil and let them drain on the coated sheet pan. Season lightly with salt.

Toast the bread until it's golden brown.

Assemble the sandwiches and serve with the chili paste.