Many actors started their careers as child stars or in their teen years and built their reputation for years, even decades. In this trip down memory lane, we will remind you how your favorite actors started and how much they've changed over the years.

Perhaps you know all the movies and TV projects your favorite celebrity was in, but the chances are that for most of you, their first projects were a complete mystery. Until now! 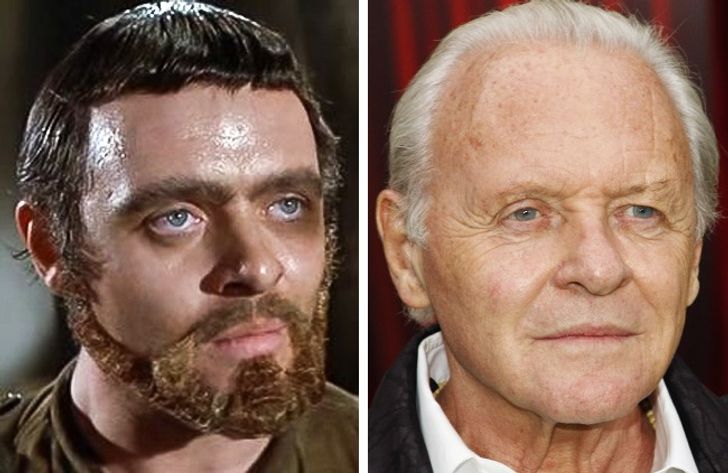 One of the legendary actors, Oscar winner Anthony Hopkins, started acting in the 60s but became a household name in the 90s.

The Oscar-winning actor's first movie was The Lion in Winter from 1968. The iconic Brit started his career next to Peter O'Toole and Audrey Hepburn. 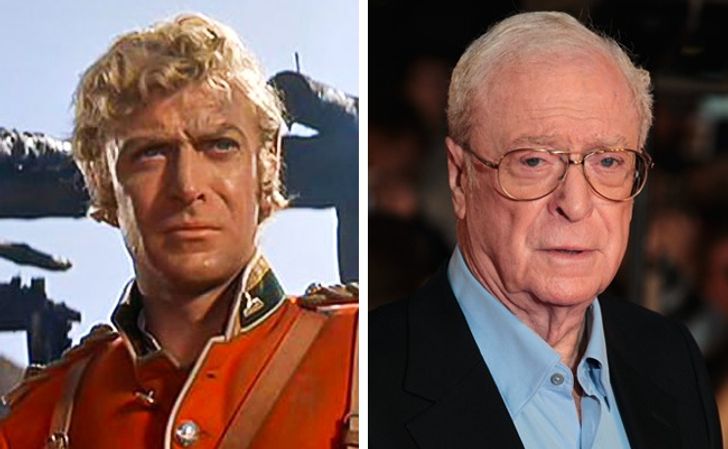 Sir Michael Caine has made over 200 movies, alongside his career in theater. His career started in the 50s, in A Hill in Korea. He became more popular in the 60, and the film Zulu marks the begging of Caine's remarkable career. 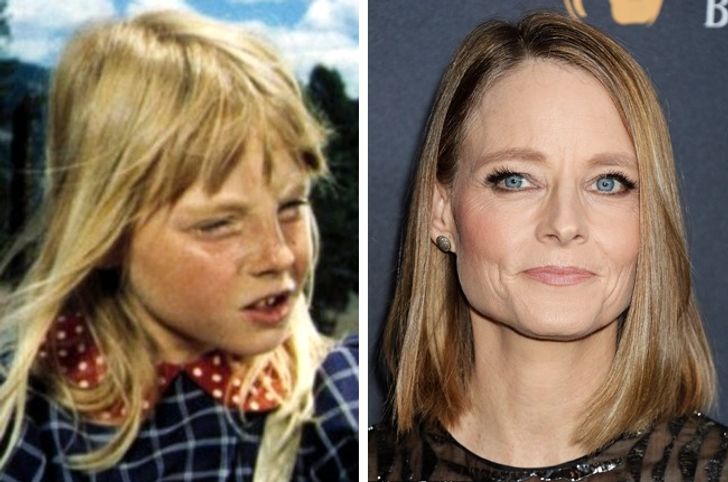 Jodie Foster was a child star, and her first feature film was Napoleon and Samantha when she was 10. She played the female title character. 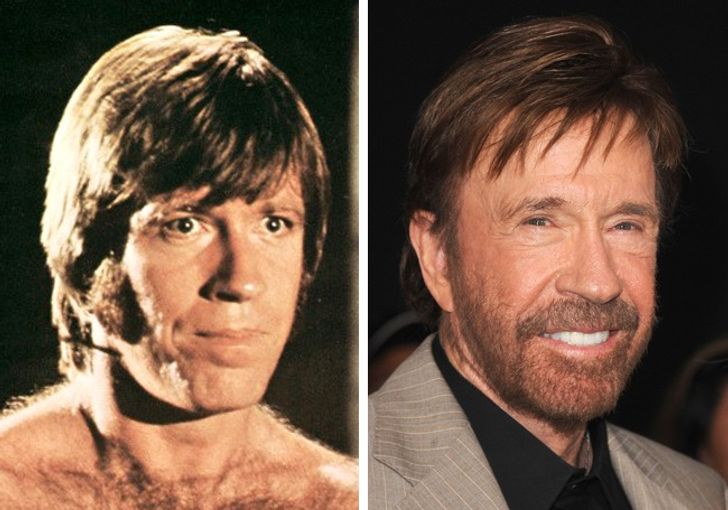 In 1972, unknown Chuck Norris appeared next to legendary Bruce Lee in The Way of the Dragon. It comes as no surprise since Norris is a martial artist first and foremost. 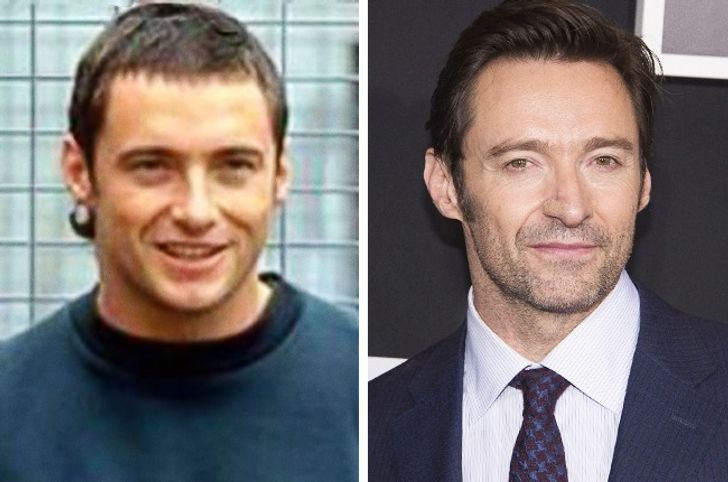 Like many Australian actors, famed Hugh Jackman started his career on TV. He was part of the series Correlli, where he played Kevin Jones. 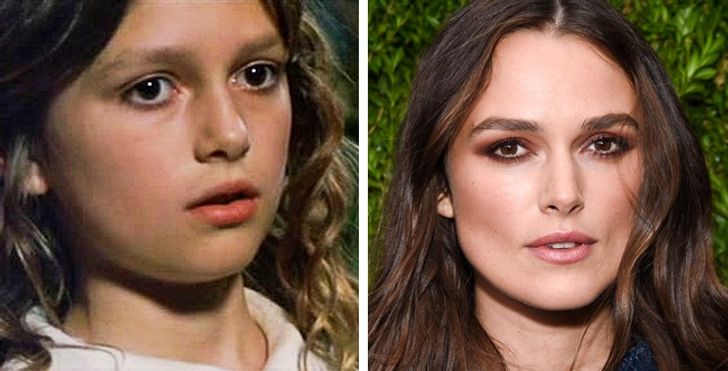 Keira's parents are big names in the show business in the UK. That's why it comes as no surprise that Knightley started acting in childhood. She was 10 when she played Young Celia in Innocent Lies.

She surpassed her parents and is among the most talented actors of her generation. 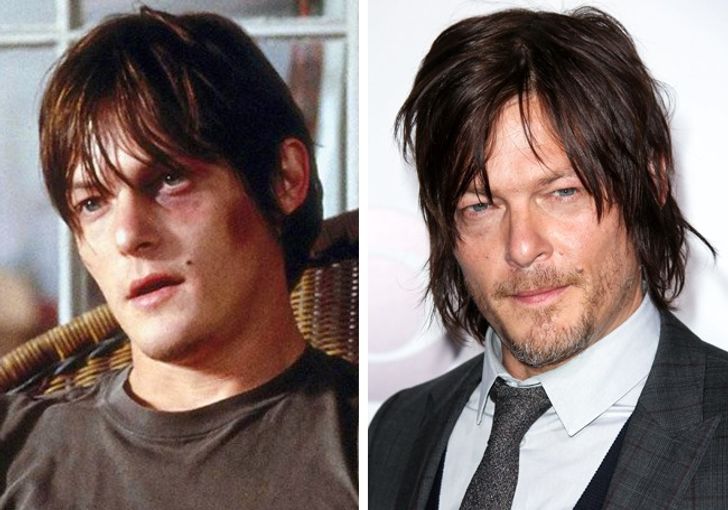 Norman started acting in the second half of the 90s, and in 1998 his first significant role in Dark Harbor changed the course of his career. In 1997, he was in Mimic, and these two roles combined gave us Norman Reedus we all know and love. 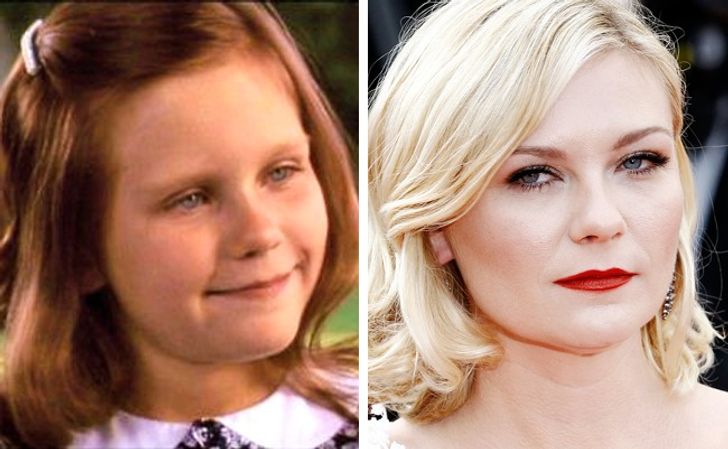 Dunst was magnificent in Interview With A Vampire. But, she already had several roles before going head to head with Brad Pitt and Tom Cruise.

Her first significant role was in The Bonfire of the Vanities when Kirsten was only 8. The movie from 1990 was a great intro to 1994's success with The Vampire. 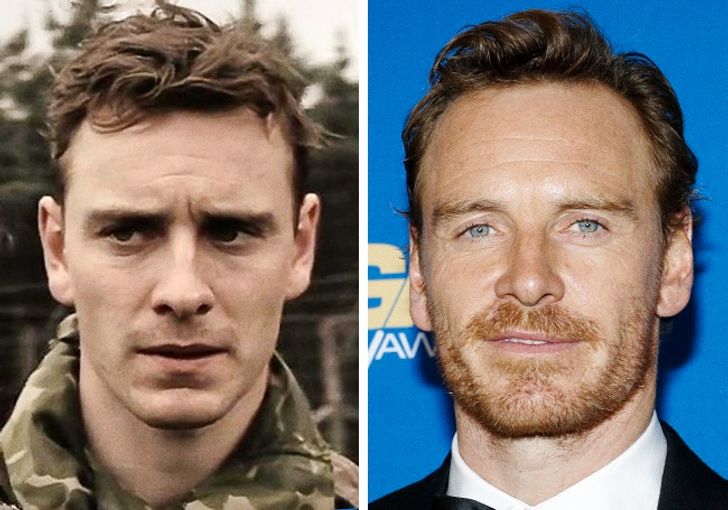 In only two decades, Fassbender made a name in Hollywood. His first role was in a miniseries Band of Brothers. However, he was already acting in theaters, so the transition to the small and later big screen was natural. 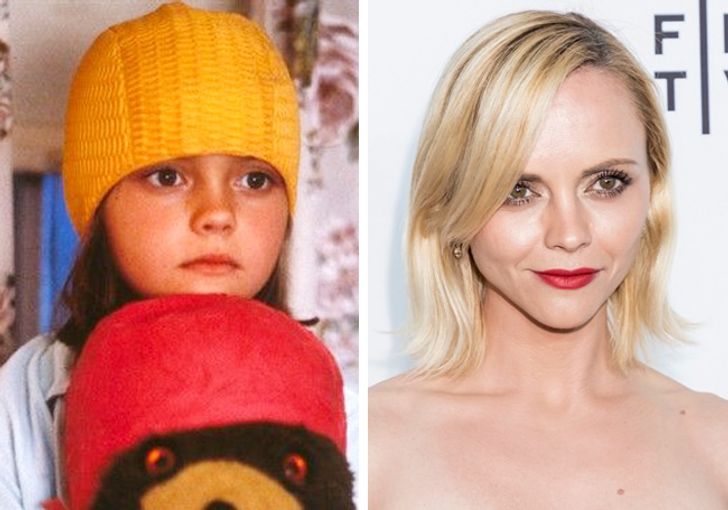 Miss Ricci's first role was in Mermaids, alongside Cher and Winona Ryder. Ricci was only 10.

She continued with The Addams Family, Casper, and the rest is history. 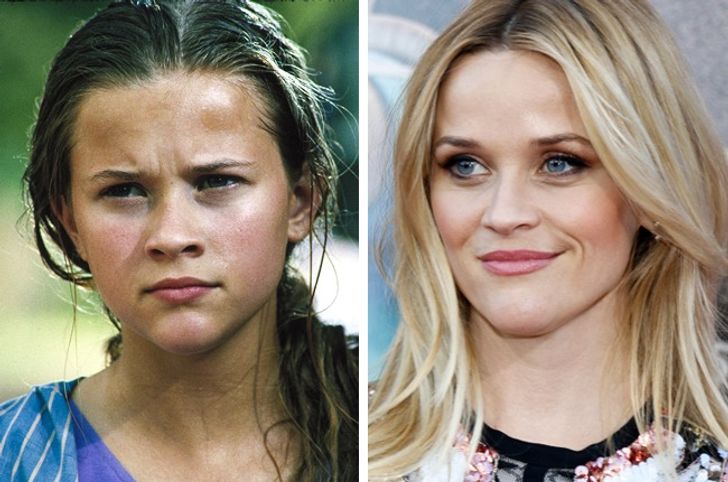 The Oscar-winning actress was 15 when Witherspoon scored her first movie role in The Man in the Moon.

Reese's career developed over the past three decades, and she is one of the most successful actors and producers today. 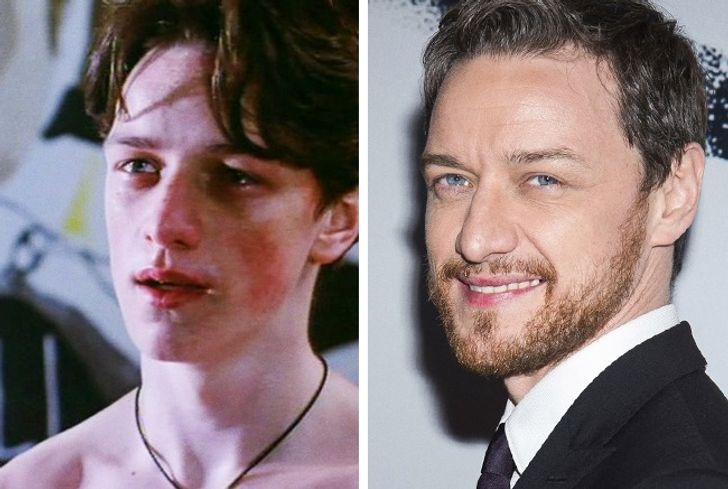 McAvoy's first role was in 1995 when he was 16. He played Kevin in The Near Room. Though he had no ambition to be an actor, he continued working in theaters, on TV, and in movies once he started. 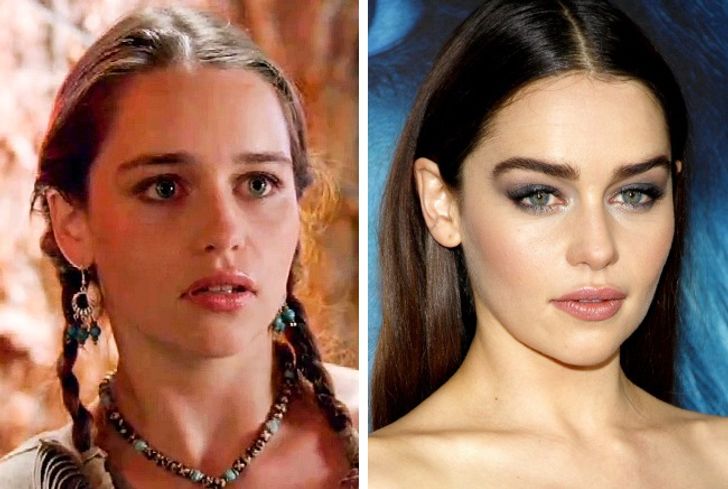 Emilia started her career in Triassic Attack, a horror movie with not impressive reviews. But, once she became Daenerys in Games of Thrones, we are sure the actress forgot all about the initial critics. 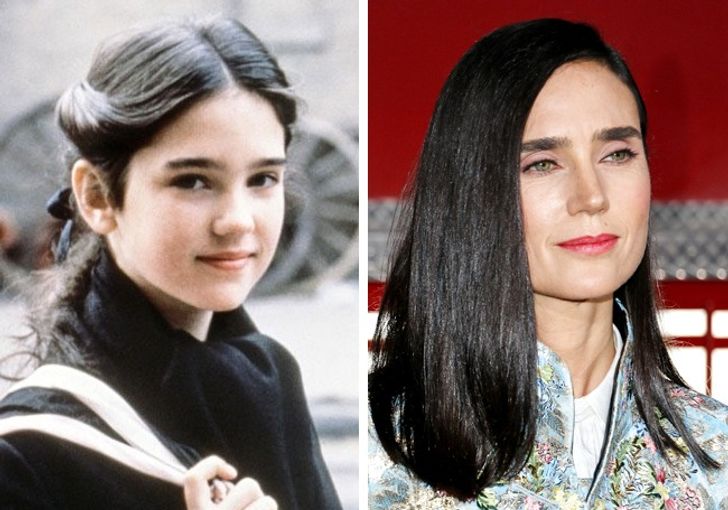 Connely started her impressive career in Once Upon a Time in America in 1983. Child actor and model's big break came in iconic Labyrinth, where Jennifer stars next to David Bowie. 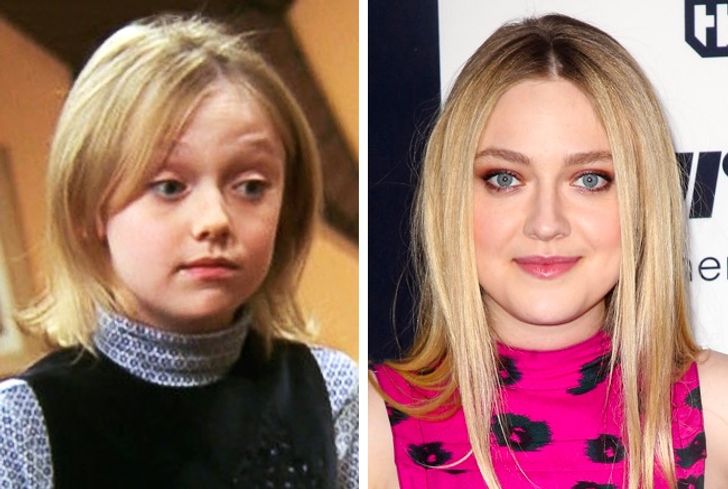 Dakota Fanning has an impressive resume despite being in her 20s.

One of her first prominent roles was in Friends, where she played Mackenzie, comforted Joey. She was only 6 when she melted hears of millions of Friends fans. 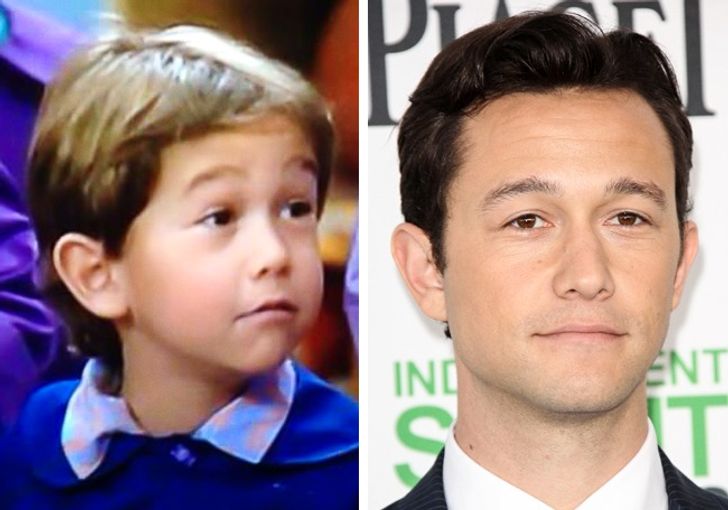 When he was 7, Gordon-Levitt was in the TV series Family Ties, playing Dougie.

This prepared him for bigger roles, and he has been working steadily since childhood. 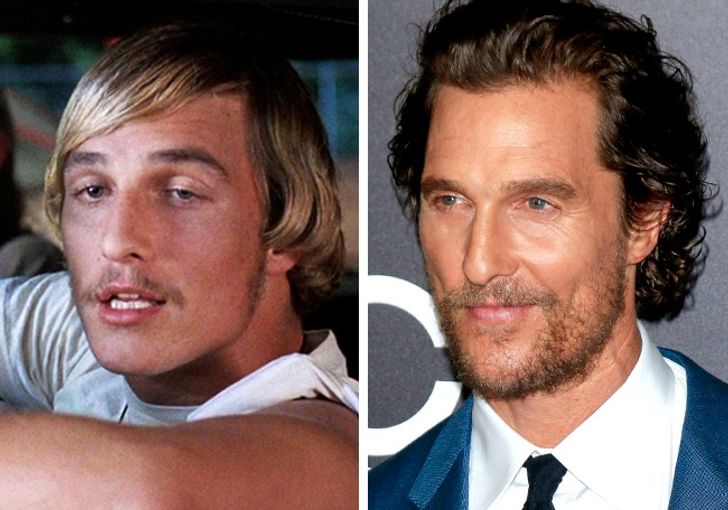 One of Matthew's first roles was playing Wooderson in a cult classic, Dazed and Confused. His biggest successes came a decade later, in the 2000s. 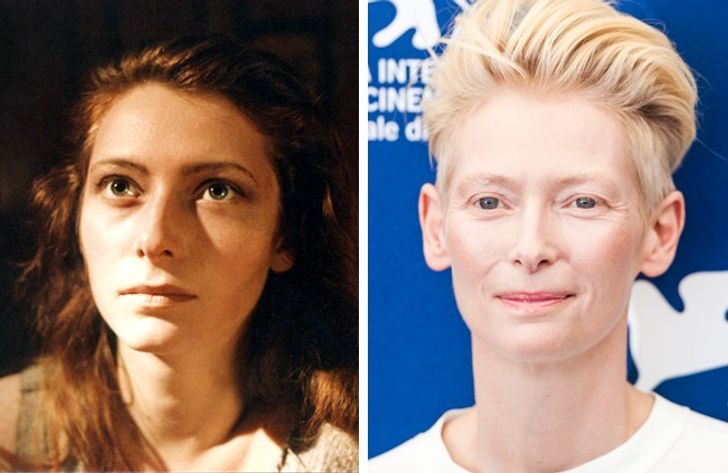 Tilda started as Sally in the German drama Egomania - Island Without Hope (Egomania - Insel ohne Hoffnung). In the same year, she was in Caravaggio, and since her start, in the 80s, Tilda has made at least one movie each year.