Through her Instagram account, Elizabeth Hurley decided to promote her new Christmas film while wearing nothing but a tiny bikini.

Hurley is now 57, and she is just as gorgeous as ever. She shared behind-the-scenes moments with her fans.

In the video, the model was posing in a tiny bikini while relaxing in an infinity pool. All around her were cameras and staff members.

She had an aquamarine bikini featuring a gold chain detailing across her hips and chest. 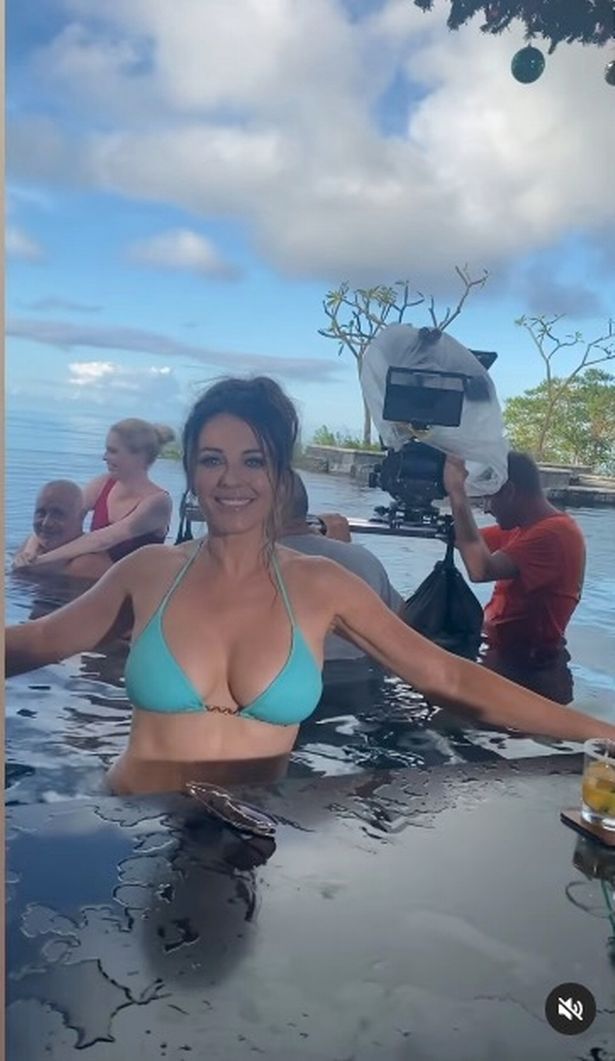 In one of the scenes, she was seen putting on fake tan lotion. In another, she was sipping on a beverage.

The post's caption said: "Another Christmas movie! Out now in selected theatres, and she tagged @appletv @skytv @amazonprime @msrmedia."

As soon as she shared the post, people started to react to it while sharing their comments. These people included celebrity friends and other admirers.

One of the fans told her she looked "fantastic" while another expressed their eagerness to watch the movie she was promoting. 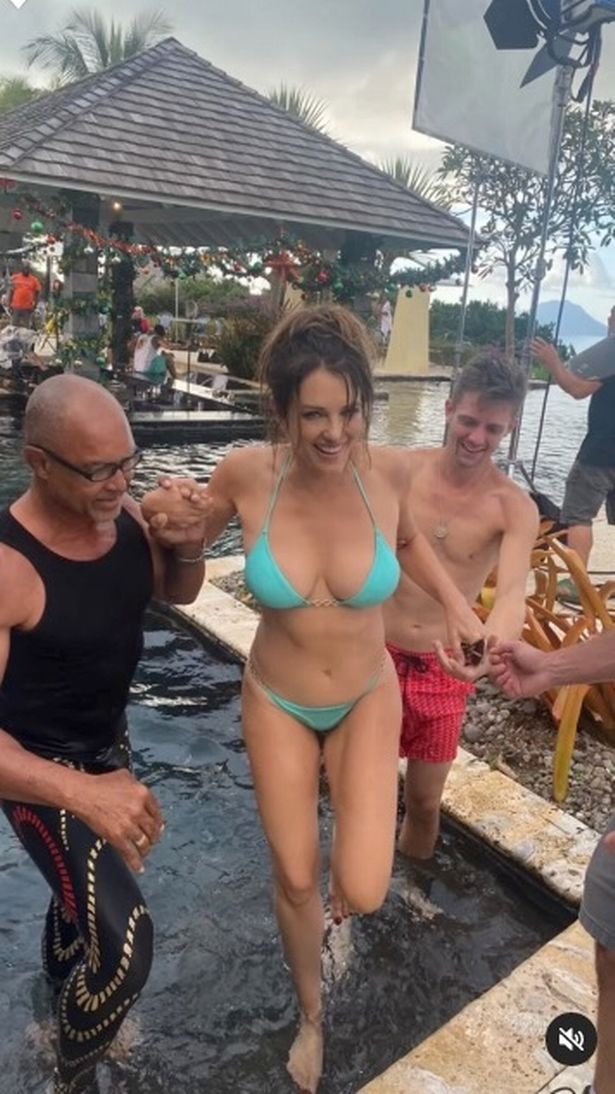 Trinny Woodall, a fashion enthusiast, had plenty to say to her:

"You can't get out the goddamn pool by yourself, darling. How much did you have to drink? And how you still look like this is an enigma to us all!!! Congrats, I can't wait to watch."

Hurley will be starring in Christmas in The Caribbean, a holiday movie centered on an abandoned British bride who is spending the month of December in the Caribbean.

Liz recently talked about the reason she is always looking great and looking her best. 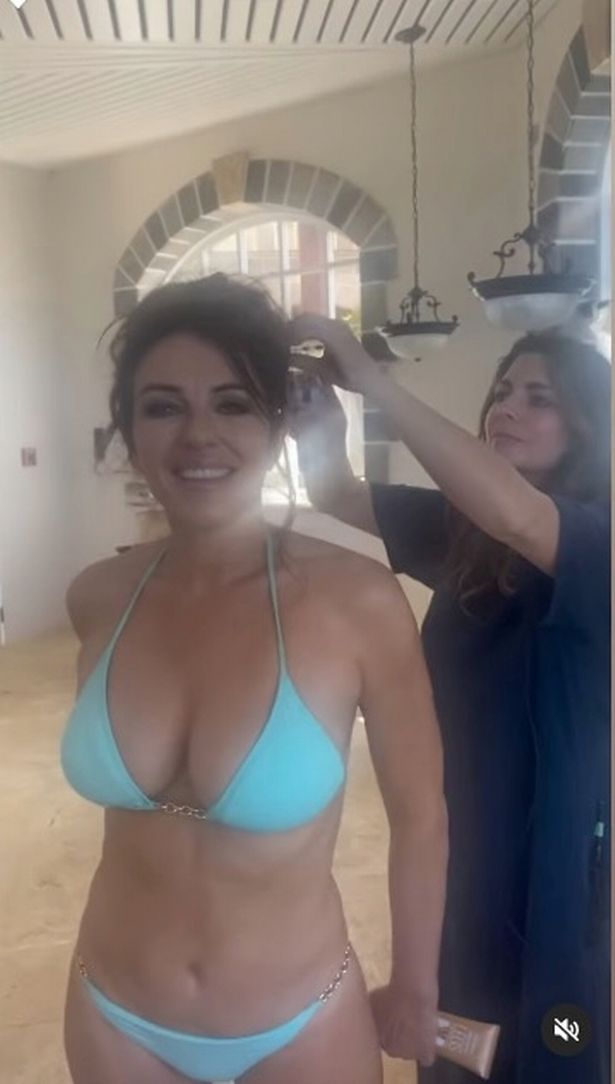 While speaking to the media, Liz said that she had not eaten processed food "for 100 years."

"I don't eat sweets, I drink little alcohol, I don't smoke, but I deeply regret that I once did. I have learnt to eat lighter and not so late."

She went on to explain that one of the most transformative things she had done was making sure vegetables consisted of 50% of what she ate.

Liz advised people to counteract everything they eat with vegetables:

"If you have a slice of toast for breakfast, have an apple too."