Everyone loves a good "Little Johhny" joke. Little Johnny has long been the main character in many jokes, some clean, some dirty.

The jokes usually include his classmate Suzie, his teacher, or his family. Here's a bunch that we dug up for you.

We, of course, found some good dirty ones for you to enjoy! 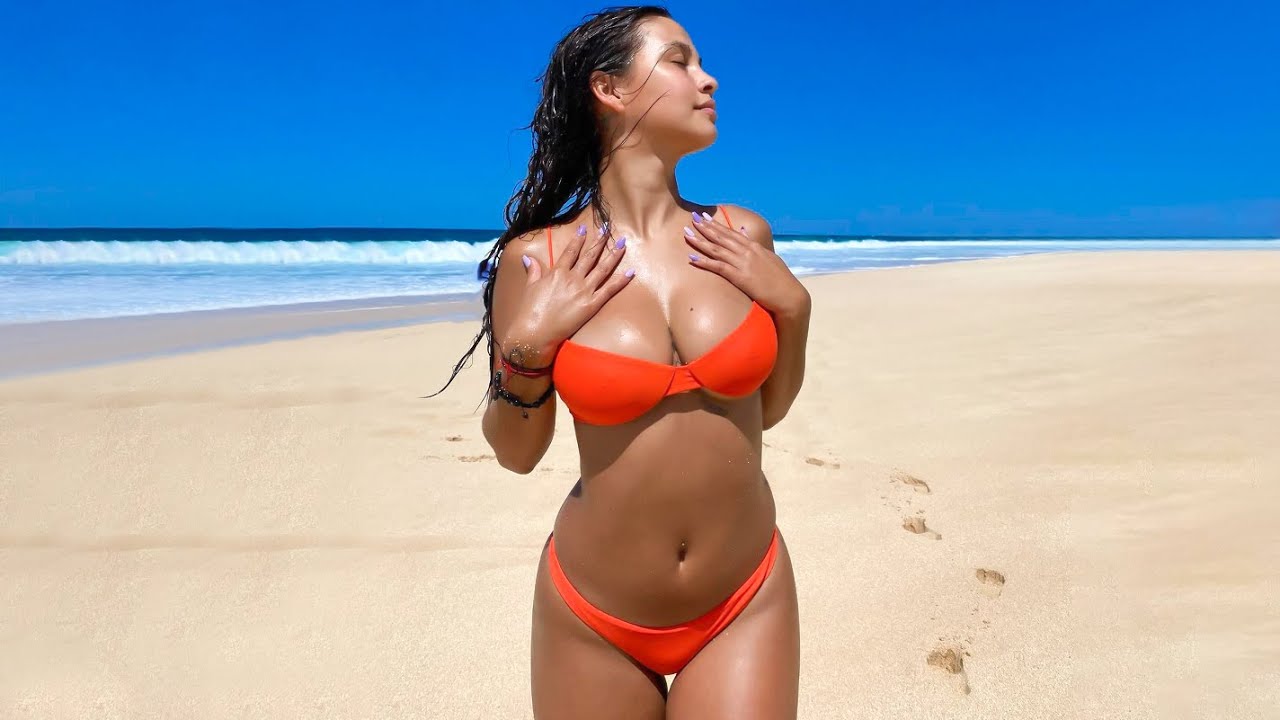 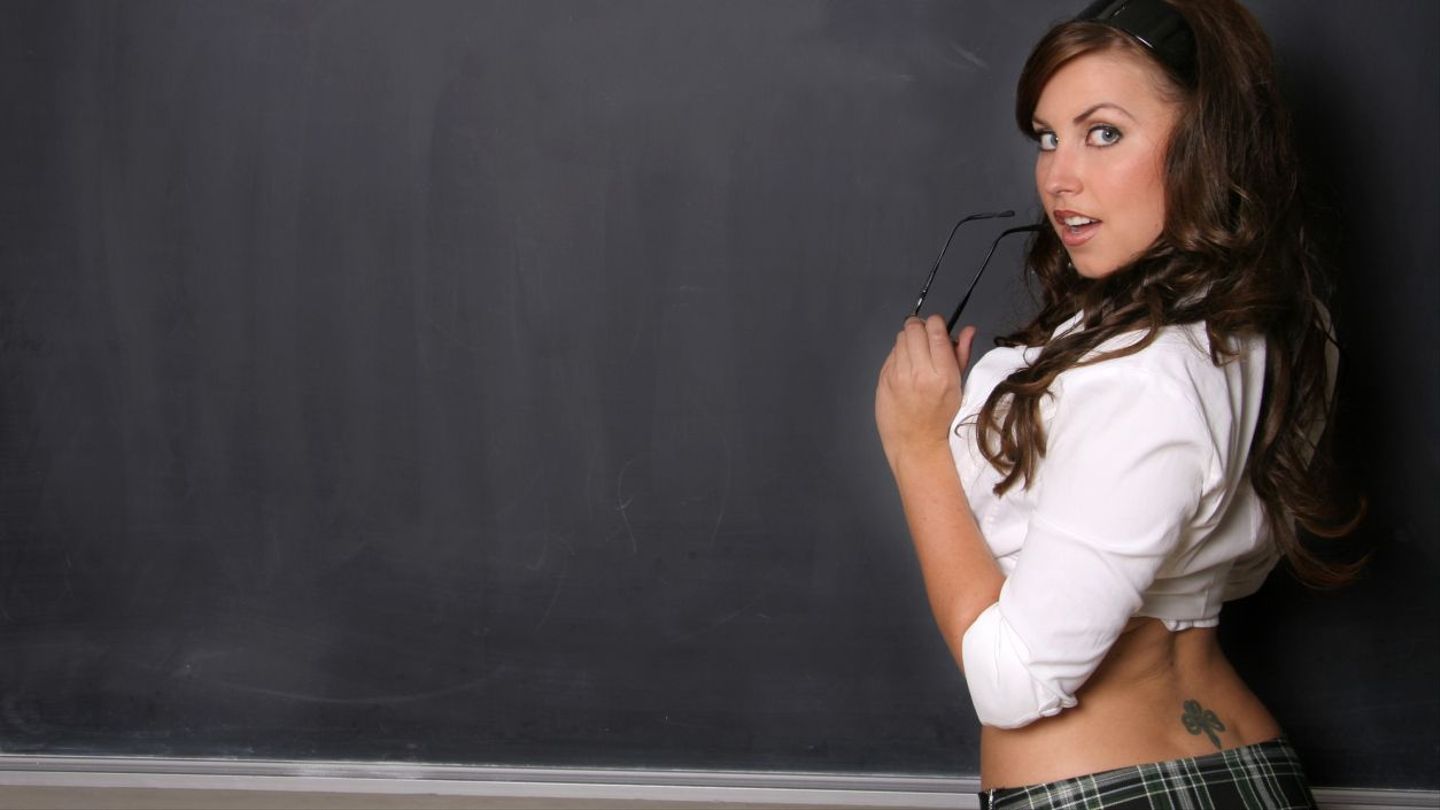 At school, Little Johnny was told by a classmate that most adults are hiding at least one dark secret and that this makes it very easy to blackmail them by saying, "I know the whole truth." Little Johnny decides to go home and try it out.

He goes home, and as he is greeted by his mother, he says, "I know the whole truth." His mother quickly hands him $20 and says, "Just don't tell your father." Quite pleased, the boy waits for his father to get home from work and greets him with, "I know the whole truth." The father promptly hands him $40 and says, "Please don't say a word to your mother."

Very pleased, the boy is on his way to school the next day when he sees the mailman at his front door. The boy greets him, saying, "I know the whole truth." The mailman immediately drops the mail, opens his arms, and says, "Then come give your real father a big hug!" 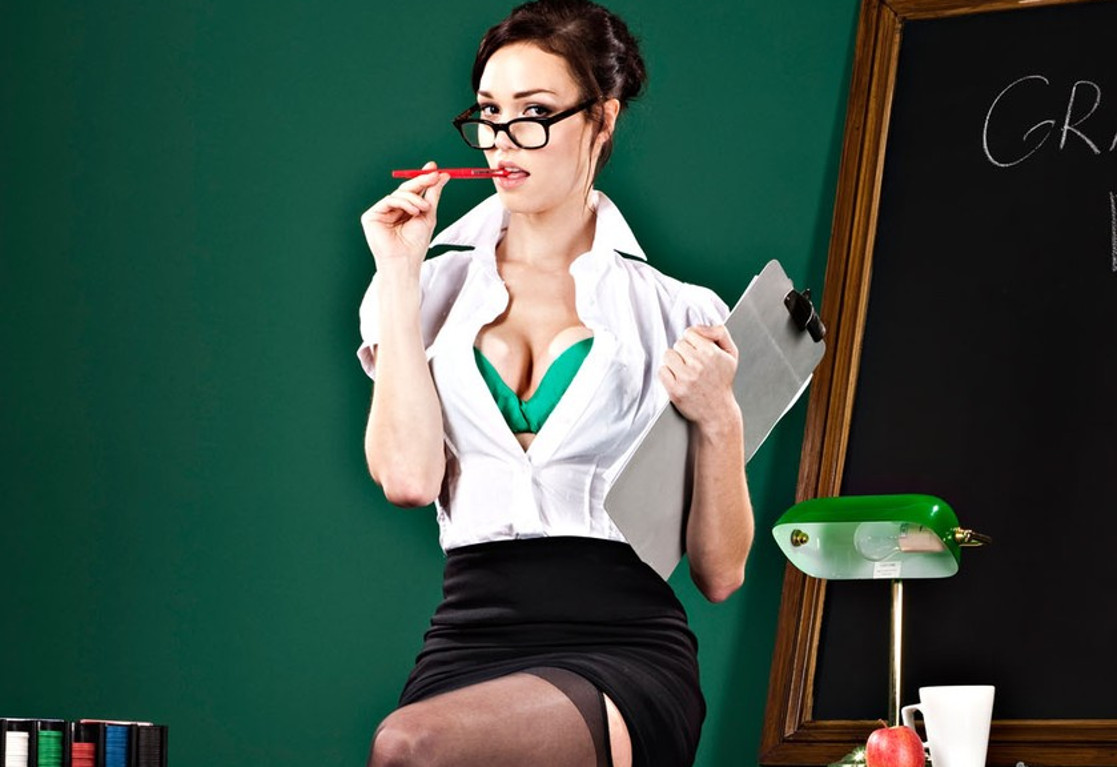 Little Johnny likes to gamble. One day, his dad gets a new job, so his family has to move to a new city. Johnny's dad thinks, "I'll get a head start on Johnny's gambling." He calls the teacher and says, "My son Johnny will be starting your class tomorrow, but he likes to gamble, so you'll have to keep an eye on him."

The teacher says, "OK," because she can handle it. The next day, Johnny walks into class, hands his teacher an apple, and says, "Hi, my name is Johnny." She says, "Yes, I know who you are." Johnny smiles and says, "I bet you $10 you've got a mole on your butt."

The teacher thinks she will break his little gambling problem, so she takes him up on the bet. She pulls her pants down and shows him her butt, and there is no mole. That afternoon, Johnny goes home and tells his dad that he lost $10 to the teacher and explains why. His dad calls the teacher and says, "Johnny said that he bet you that you had a mole on your butt, and he lost."

The teacher says, "Yeah, and I think I broke his gambling problem." Johnny's dad laughs and says, "No, you didn't, he bet me $100 this morning that he'd see your ass before the day was over." 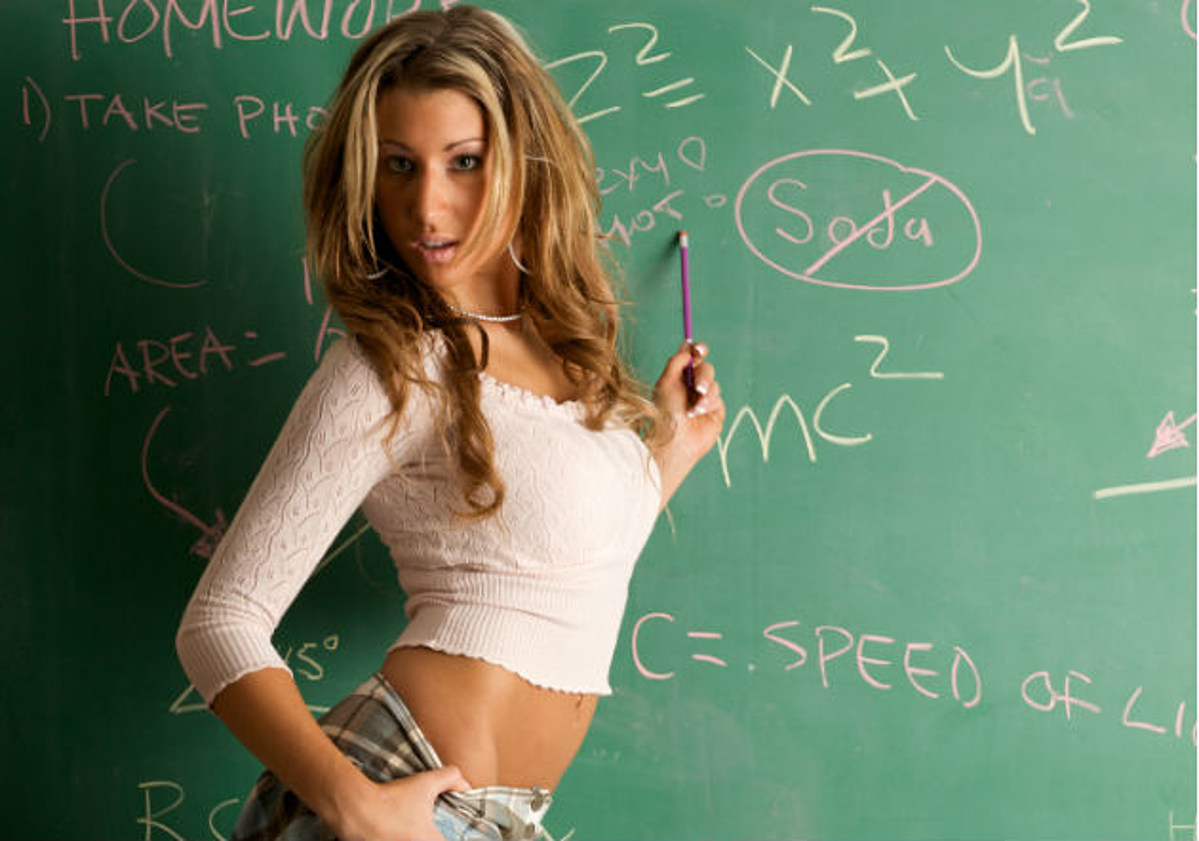 The teacher tells the class they are going to play a game, she will describe an object, and the students will say to her what she had described.

Teacher: "The first object is red, round, and has a stem."

Teacher: "That's right, I like the way you're thinking." "OK, the next item is round, has a peel, and you eat it."

Christopher: "I know what it is, it's an orange."

Teacher: "That's right, I like the way you're thinking."

Teacher: "Yes, Johnny, but, Keep it clean!" Johnny sticks his hands in his pockets, feels around for a second, and says, "My object is round, hard, and has a head on it."

Johnny: "No, Teacher, it's a quarter, but I like the way you're thinking!" 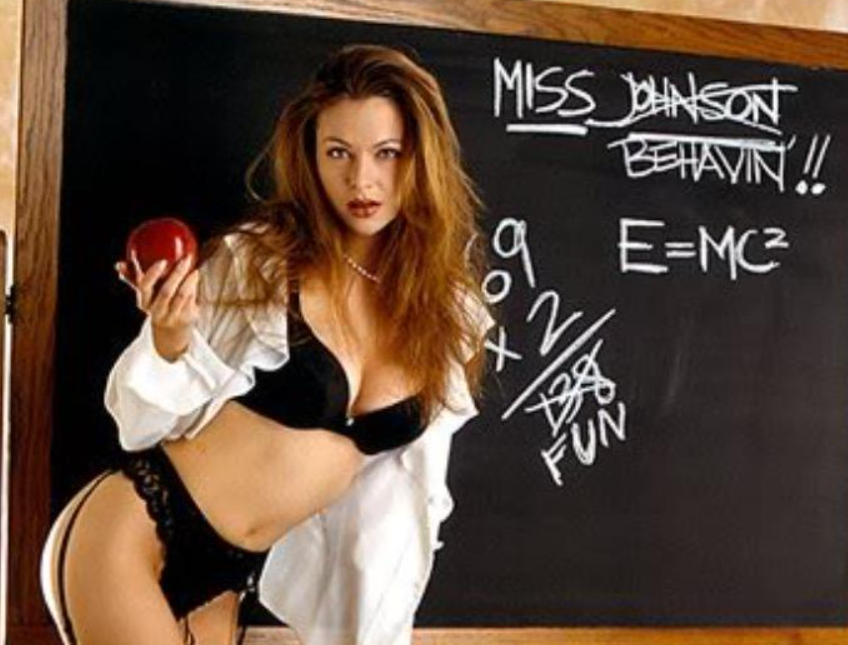 Little Johnny was in class sitting behind Little Suzie. The teacher asks the class, "Who created the Earth?" And Little Johnny pokes Suzie in the back with his sharpened pencil, and she jumps and says, "MY GOD!" And the teacher says, "Yes, Suzie, God did create the Earth."

Suzie sits down, knowing full well Little Johnny was poking her. Suzie glared at Little Johnny, and she turned around. And then, the teacher asks the class, "What did Eve say to Adam after their 77th child?" and Little Johnny pokes Suzie HARDER this time in the back, and Suzie jumps, turns around, and says,

"If you stick that thing in me one more time, I swear I'm gonna lose it!" And the teacher faints. 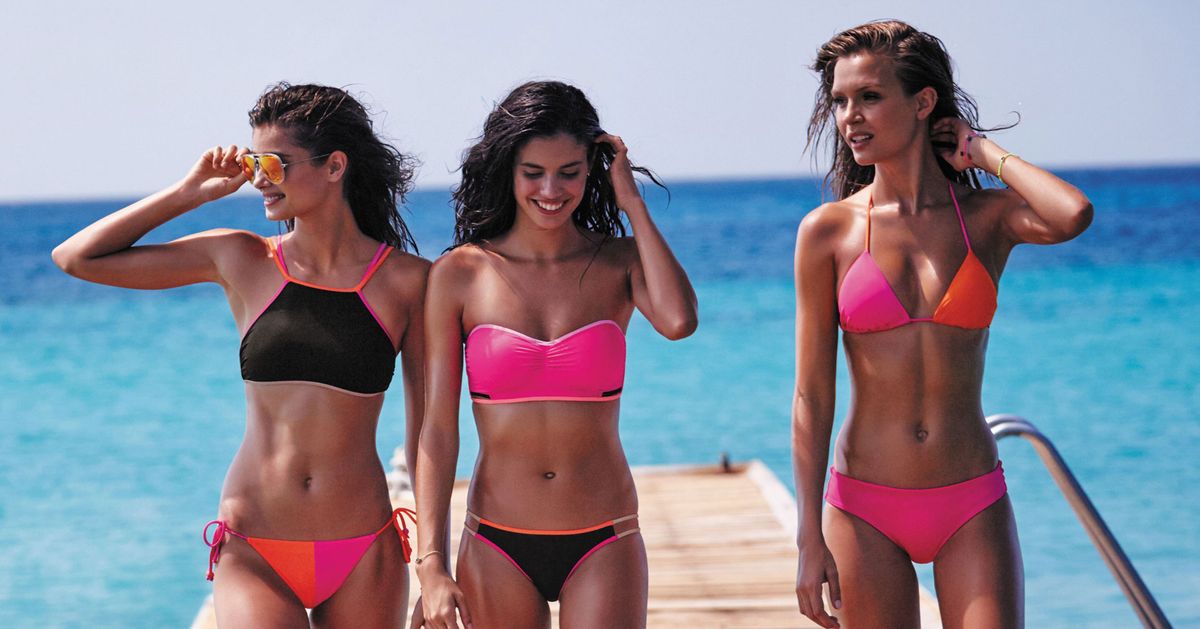 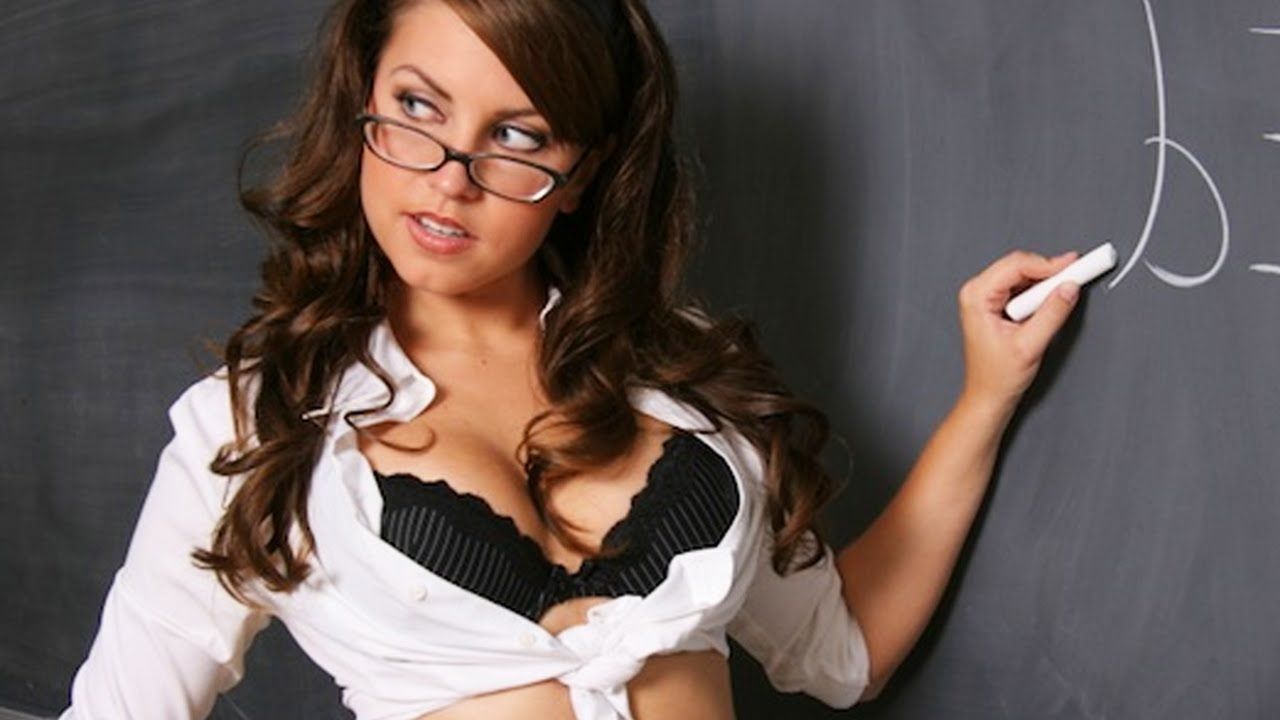 One day the teacher decides to play an animal game. She holds up a picture of a giraffe and asks if anyone knows what it is. No one raises their hand. The teacher says, "See, it's a long neck? What animal has a long neck?"

Suzie holds up her hand and asks if it is a giraffe. "Very good, Suzie," the teacher replies.

Next, she holds up a picture of a zebra. None of the students holds up their hands. "See the stripes on this animal? What animal has stripes?" Billy holds up his hand and says it is a zebra.

"Very good, Billy," the teacher replies. Next, she holds up a picture of a deer. None of the students recognized the animal."See the big antlers on this animal. What animal has horns like this?" 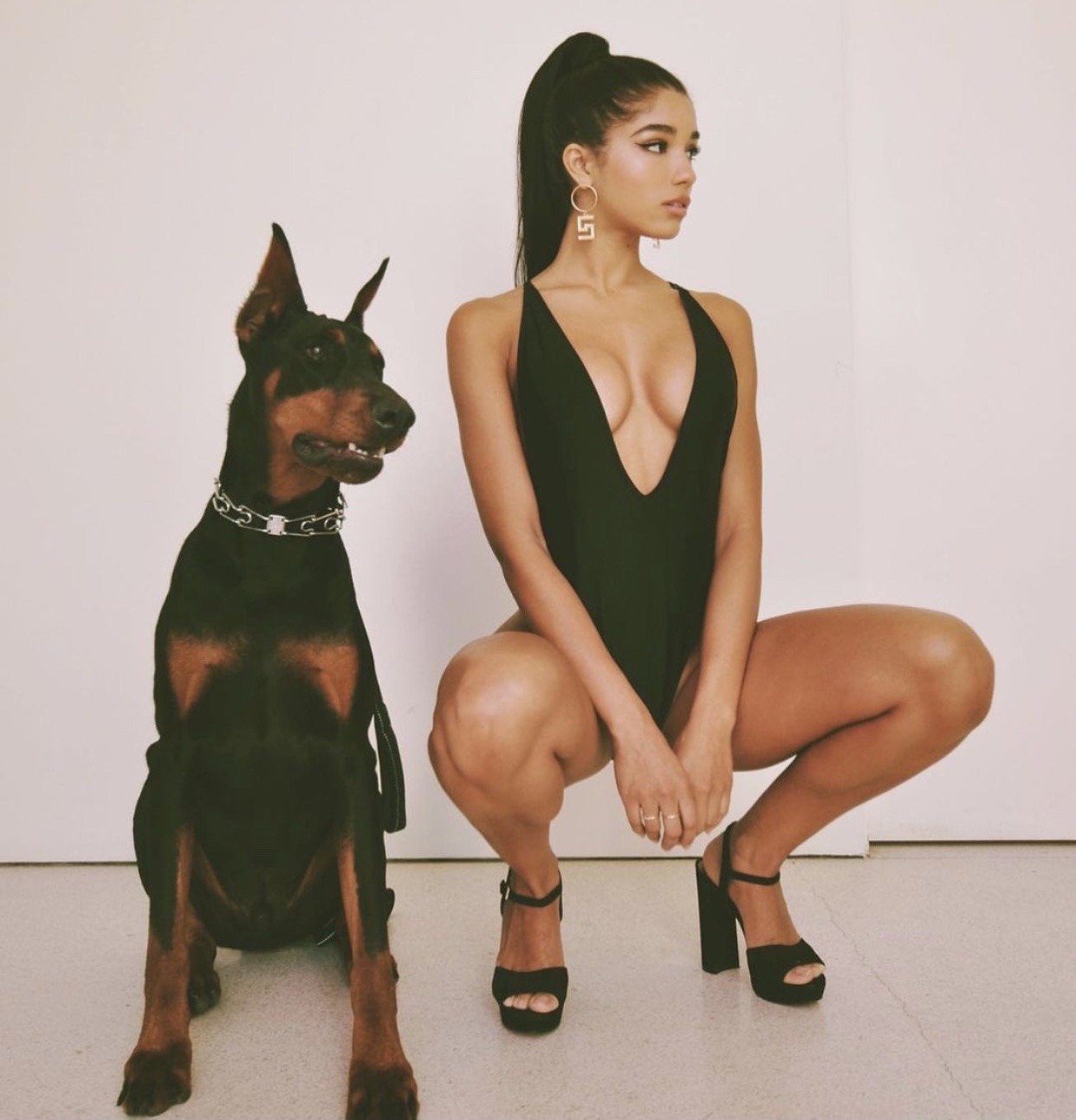 Little Johnny and his father were walking in the park. They saw two dogs having sex. Little Johnny asks, "What are they doing, dad?"

Later that evening, little Johnny walks into his parent's bedroom, and they are having sex. He asks, "What are you doing?"

Little Johnny replies, "Well, can you turn her over? I'd rather have a puppy."

When You Grow Up 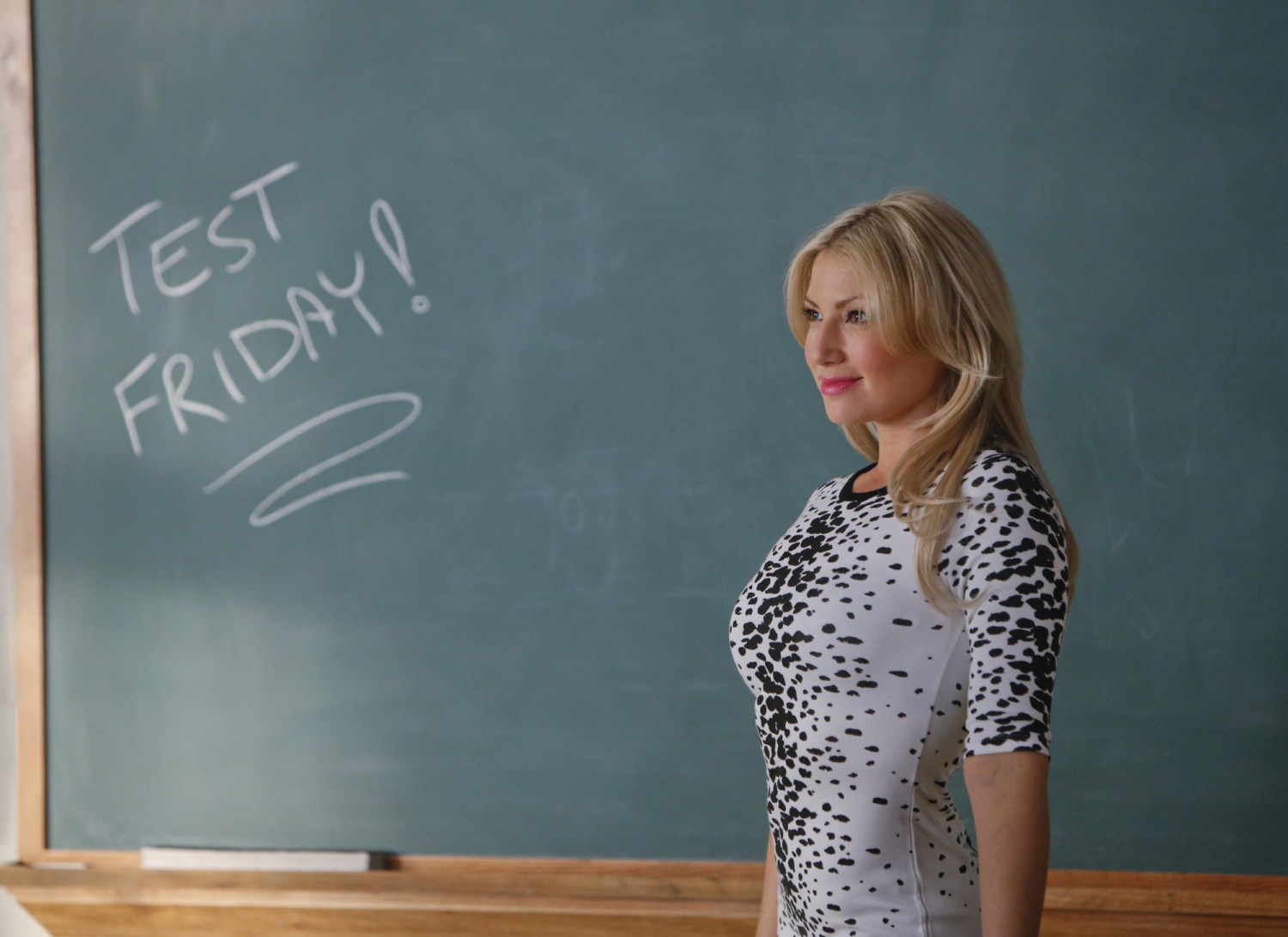 A teacher asks her class, "What do you want to be when you grow up?" Little Johnny says, "I wanna be a billionaire, going to the most expensive clubs, take the best bitch with me, give her a Ferrari worth over a million bucks, an apartment in Hawaii, a mansion in Paris, a jet to travel through Europe, an Infinite Visa Card and to make love to her three times a day."

The teacher, shocked and not knowing what to do with the bad behavior of the child, decides not to give importance to what he said and then continues the lesson. "And you, Suzie? " the teacher asks. Suzie says, "I wanna be Johnny's bitch."

Do You Want to Know 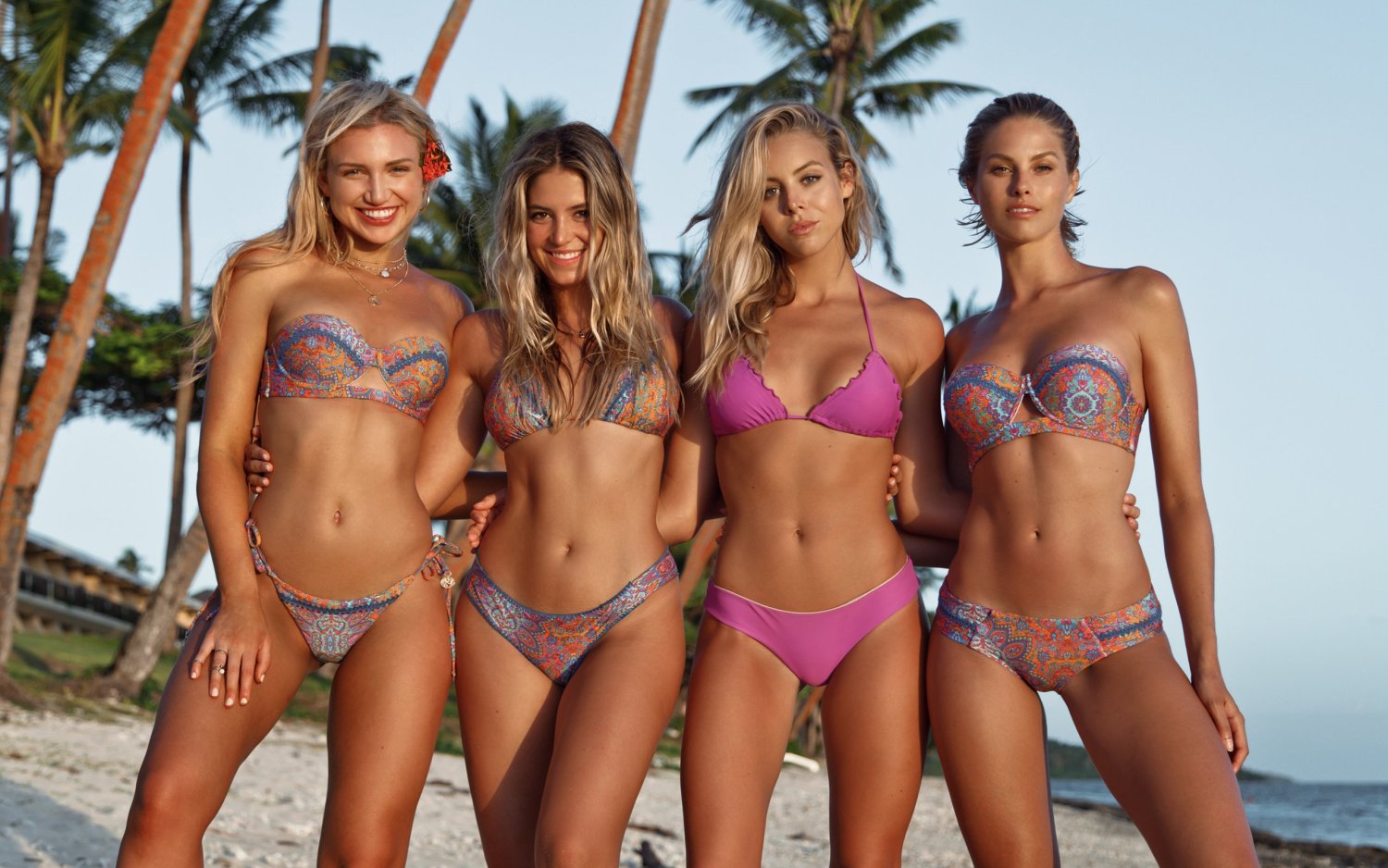 Fred and Mary got married, but can't afford a honeymoon, so they go back to Fred's parent's home for their first night together. In the morning, Johnny, Fred's little brother, gets up and has his breakfast.

As he is going out of the door to go to school, he asks his Mom if Fred and Mary are up yet. She replies, "No." Johnny asks, "Do you know what I think?" His mom replies, "I don't want to hear what you think!

Just go to school." Johnny comes home for lunch and asks his mom, "Are Fred and Mary up yet?" She replies, "No." Johnny says, "Do you know what I think?" His mom replies, "Never mind what you think! Eat your lunch and go back to school."

After school, Johnny comes home and asks again, "Are Fred and Mary up yet?" His mom says, "No." He asks, "Do you know what I think?" His mom replies, "OK, do tell me what you think?" He says: "Last night Fred came to my room for the Vaseline, and I think I gave him my airplane glue."

Moral of the Story 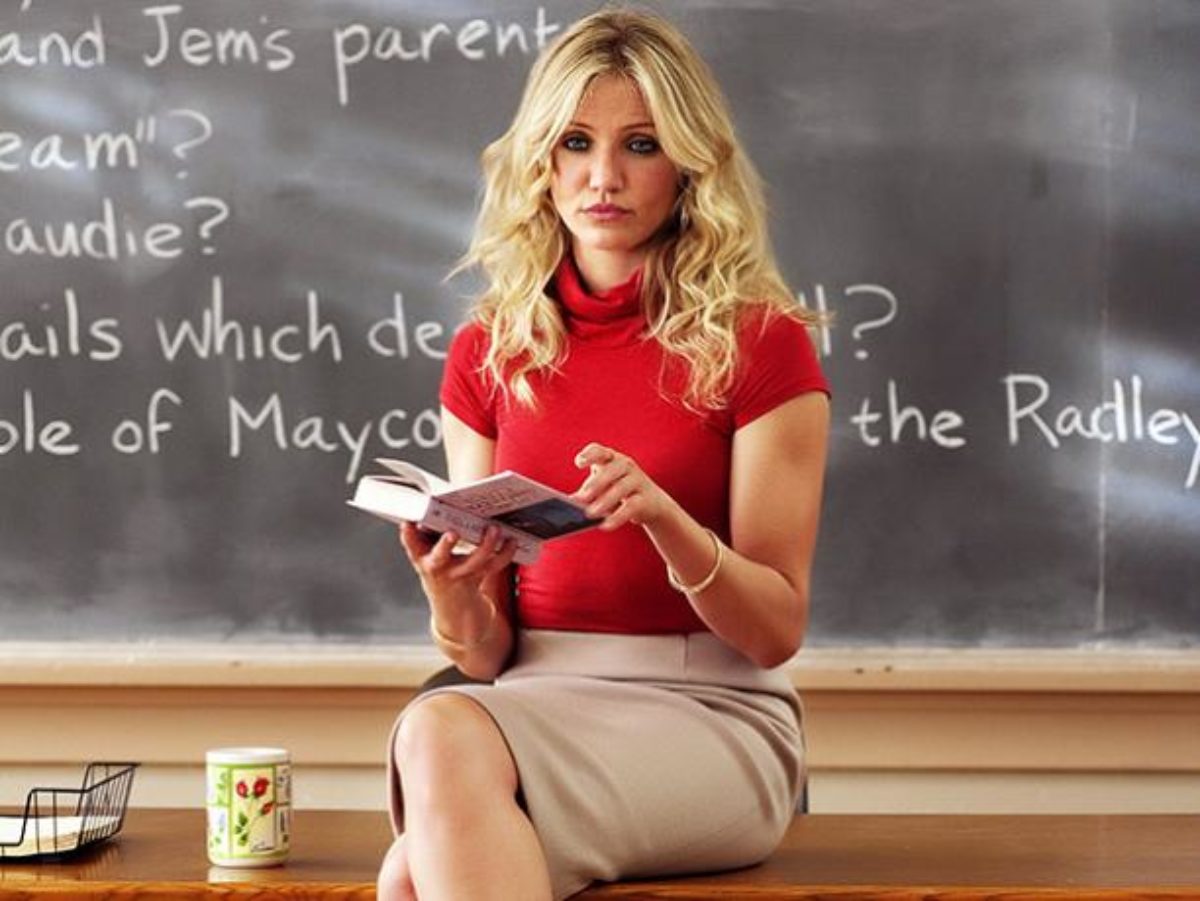 One day at the end of class, little Johnny's teacher asks the class to go home and think of a story to be concluded with the moral of that story. The following day the teacher asks for the first volunteer to tell their story. Little Suzie raises her hand. "My dad owns a farm, and every Sunday, we load the chicken eggs on the truck and drive into town to sell them at the market.

Well, one Sunday, we hit a big bump, and all the eggs flew out of the basket and onto the road." When the teacher asked for the moral of the story, Suzie replied, "Don't keep all your eggs in one basket."

Little Lucy went next. "My dad owns a farm too. Every weekend we take the chicken eggs and put them in the incubator. Last weekend only eight of the 12 eggs hatched."; Again, the teacher asked for the moral of the story.

Lucy replied, "Don't count your chickens before they hatch."

Next up was little Johnny. "My uncle Ted fought in the Vietnam war, and his plane was shot down over enemy territory. He jumped out before it crashed but could only take a case of beer, a machine gun, and a machete. On the way down, he drank the case of beer. Then he landed right in the middle of 100 Vietnamese soldiers.

He shot 70 with his machine gun, but then he ran out of bullets! So he pulled out his machete and killed 20 more. Then the blade on his machete broke, so he killed the last ten with his bare hands." The teacher looked a little shocked. After clearing her throat, she asked what possible moral there could be to this story. 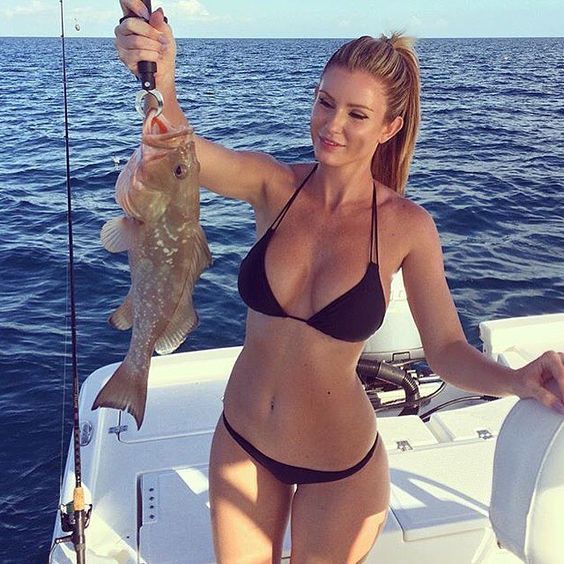 Little Suzie was in her backyard digging a hole. Her neighbor Mr. Johnson peeks over the fence and says, "Gee Suzie, what's going on?"

Mr. Johnson asks, "Why are you digging a hole?"

Mr. Johnson laughs and asks, "Why is the hole so big?"
Suzie replies, "Because my goldfish is inside your fu*king cat." 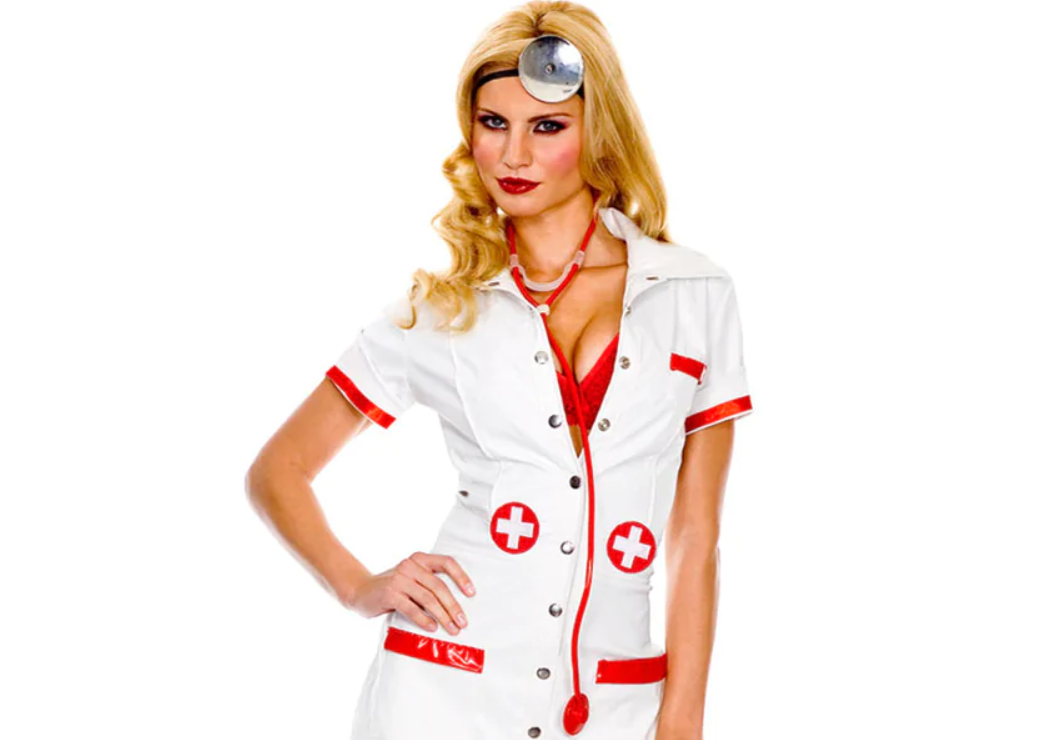 Little Johnny & Suzie are playing doctor behind a barn.

They are both naked when the little boy's mom comes around the corner and catches them.

She grabs her son by the arm and drags him home, and gives him the spanking of his life.

Mom says, "Johnny, don't be messing with those little girls' vaginas. They got teeth down there, and they'll bite off anything that gets near it. "

The little boy grows up still thinking vaginas have teeth.

In high school, Johnny falls in love. 17 years old and still a virgin because he's afraid of teeth down there.

Now 21, Johny asks his girlfriend to marry him. He was still a virgin on his wedding night.

He's afraid to do anything. His bride says, "What's wrong?"

"My mama told me you women got teeth down there."

Johnny is still afraid to make a move.

His bride says, "if you don't believe me, turn on the light and look."

So he turns on the light, and she shows her vagina. "See, no teeth."

Johnny says, "well, no wonder. Look at the shape your gums are in." 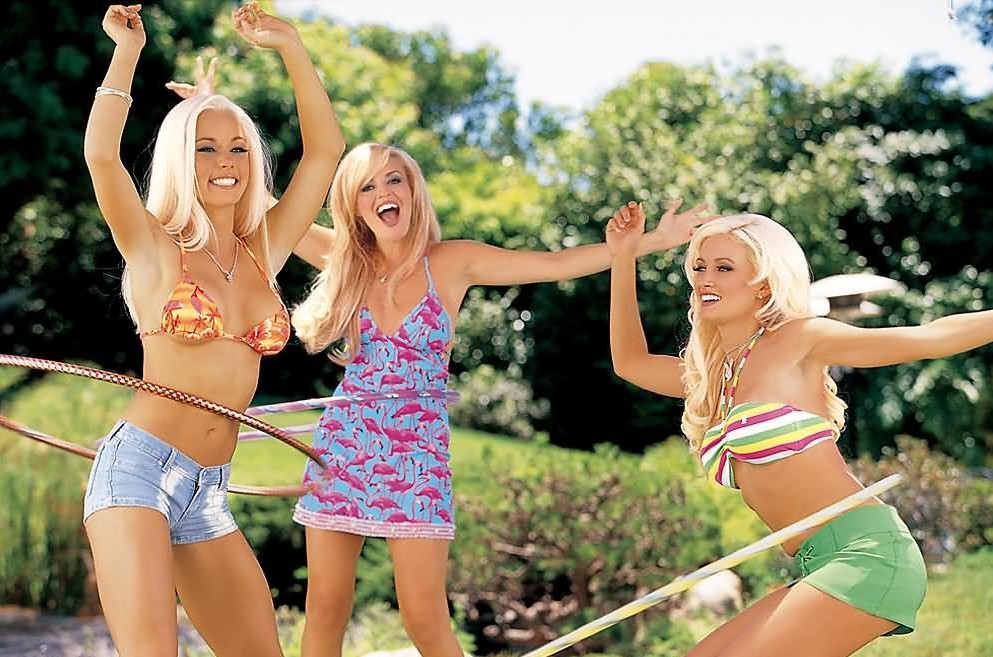 His mom thinks it's adorable, so she asks with fake concern, "But Johnny, where will you live?"

He says, "Well, we thought about that, and my room is bigger than hers, so we'll probably live in my room."

"But Johnny, what will you do for money?" the mother asked, grinning.

The mother asks slyly, "But what if you have children? How will you buy diapers?"