An adorable but cheeky toddler uses dad's phone to order $31 worth of McDonald's and even tipped the delivery driver to get the fries ASAP.

Harry Keogh from Ballyfermot, Dublin, placed the order on his dad's phone while he was using it to watch YouTube videos.

His unsuspecting mom, Ashley, was busy doing her daily routines when she heard a knock at the front door.

Opening the door, she saw a delivery driver leave a bag containing 10 portions of chips.

And the 3-year-old's explanation? He was feeling hungry. 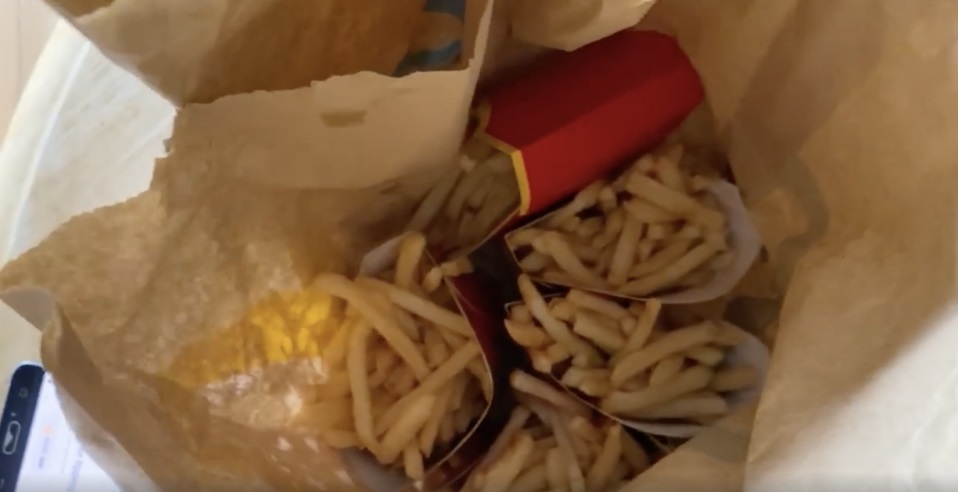 Thankfully, Ashley, 27, saw the funny side of the incident and shared a clip showcasing the surprise delivery alongside Harry's guilty face.

"Nothing like getting a knock at the door with a McDonald's delivery!!."

"All of us became confused. But the driver insisted it was ours and showed us the order!!!"

The mom then said she opened up the bag to find multiple servings of large fries.

"Harry's waiting to be assessed for Autism and is obsessed with McDonald's. It's one of the few things he'll actually eat for us."

"His latest fixation is numbers. So I think he was obviously looking on the Uber Eats app pressing the 'add on' option and counting the numbers as he increased the portions."

"When the delivery arrived, the man had knocked on the door and started walking downstairs; we live in a first-floor apartment."

"When I realized he'd left a bag of food, I called him back and told him he had the wrong address."

"He assured me he had the right house and showed me the receipt which had Harry's dad's name and number on it."

"Harry's dad has been working from home because of COVID, so I then assumed he'd ordered without telling me. I'm on a diet, so I couldn't eat anything."

"But when I opened the bag and saw two smaller bags full of chips, I knew something wasn't right. Then Harry came running towards the food screaming, 'yayyyy yummies.'"

"It started to click with me that Harry was the culprit. And when I checked his phone, I saw 'thanks for your order' on the app. I realized it was, in fact, Harry that had ordered the food." 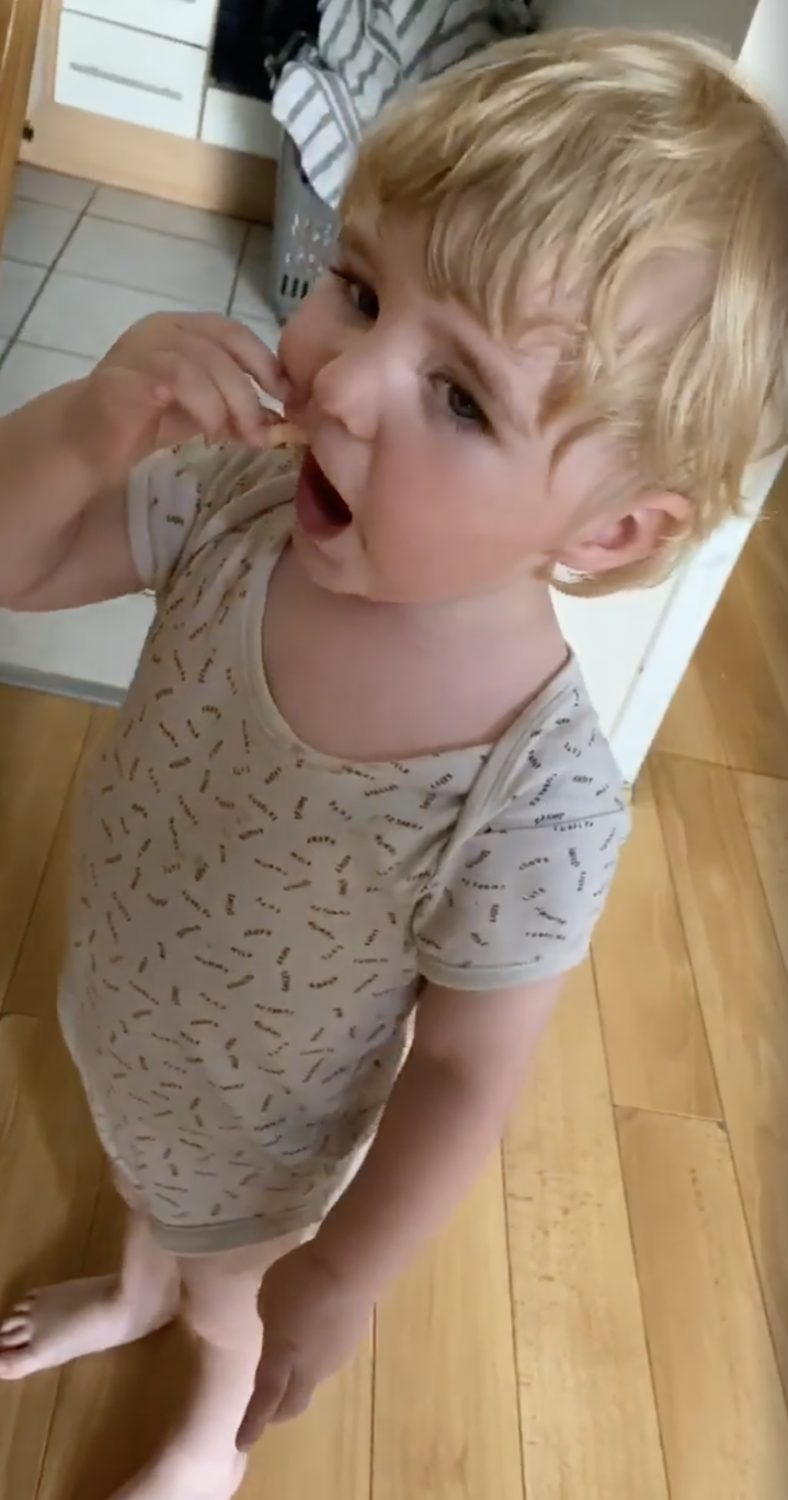 The little boy definitely gave his family a good laugh.

And online, he received hundreds of comments from impressed netizens, who dubbed him 'legend' and 'brilliant.'

"It was the funniest thing Harry has ever done. And to be honest, if I wasn't here to see it myself, I wouldn't have believed it.

"I never thought to remove my details off it because it's literally just... 'Harry's YouTube phone.' If I'd have known he could order food I would have taken my details off ages ago.

"Harry had almost two medium chips to himself. The rest went between my son and the neighbors' kids. He was the most popular boy on the road that day."

While the mom saw the humor in the situation, she has now taken measures to ensure the boy doesn't go on a McDonald's binge again.