There are two kinds of people: those who love Lifetime movies, no matter how silly they may seem, and those who think they are above them.

Our focus is on Lifetime movie fans and those who are open to discovering thousands of new titles from the genre. We're going to take a look at what's your typical Lifetime experience and give you some suggestions on what to watch next.

Not All Lifetime Movies Are Trashy 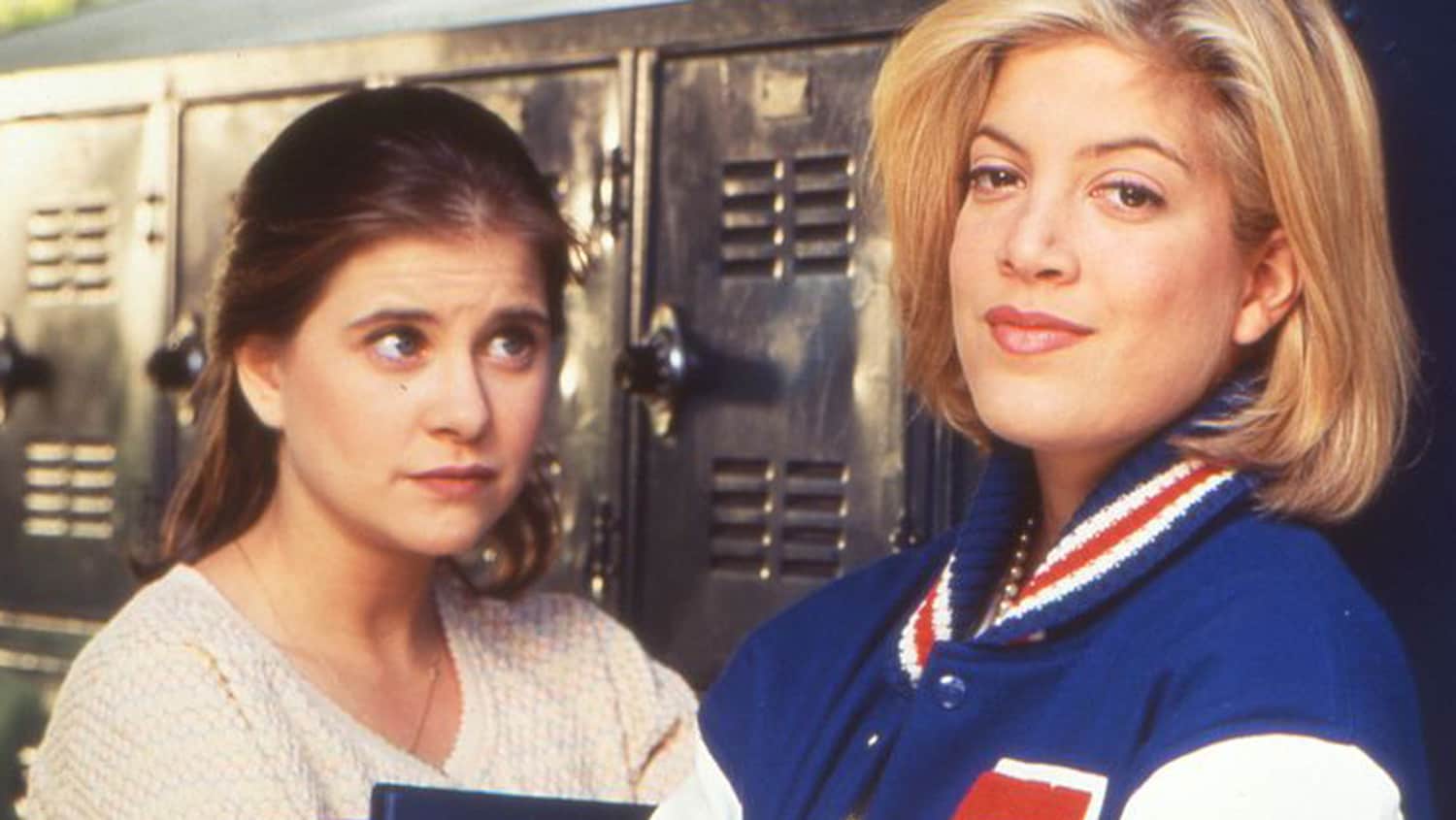 For over 25 years, Lifetime moves provided somewhat light entertainment. But, some films managed to overcome expectations, and until the 2010s, it was mostly the ones from the 90s. Despite that some think that acting is cringy, even embarrassing, many stars started their careers in some of these movies.

Kirsten Dunst, Hilary Swank, Keri Russell are among them. Also, the great thing about Lifetime movies is that more women get their shot at directing.

Though most present some type of real-life story, the films are primarily based on news articles and a lot of imagination. Yet, watching Kellie Martin in Death of a Cheerleader or Murder in the Hamptons were not purely guilty pleasures.

Gracie's Choice with Kristen Bell is another hidden gem, and so is Speak, starring Kristen Stewart.

We'll list the best of Lifetime movies later. Now, we're going to deal with something a bit more cringe-worthy: all the stereotypes you can't avoid in a Lifetime movie. Good or bad.

The Anatomy Of A Lifetime Movie

The vast majority of Lifetime movies are crime mysteries, with some unnecessary drama.

Of course, some stories are moving, and they don't fit this profile, but chances of catching a non-stereotypical one are slim, not nonexistent.

There are two types of openings, for starters: the dark and gloomy, or the super happy family, or a successful person living a fairytale life.

Of course, the titles pretty much give away the whole plot, so there's no need to go to IMDB to know what you're in for. 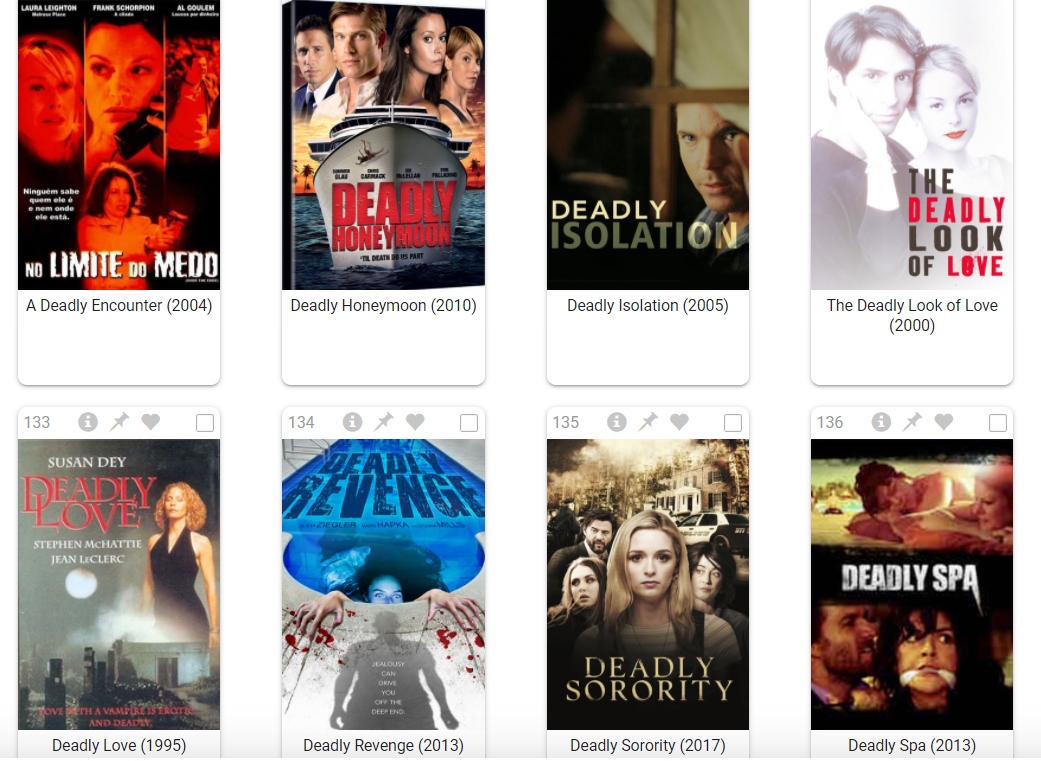 From The Wrong Roommate/Husband/Sister in Law to the Pshyco Doctor/Mother, you know who's the bad guy in the first minute or so. There's even Deadly Spa!

You know that it will all be vague until the last five minutes, yet you need to watch it while screaming at your TV because every hero or heroine acts the opposite of what would someone in danger do.

The Sidekick Has To Die, And Other Stereotypes 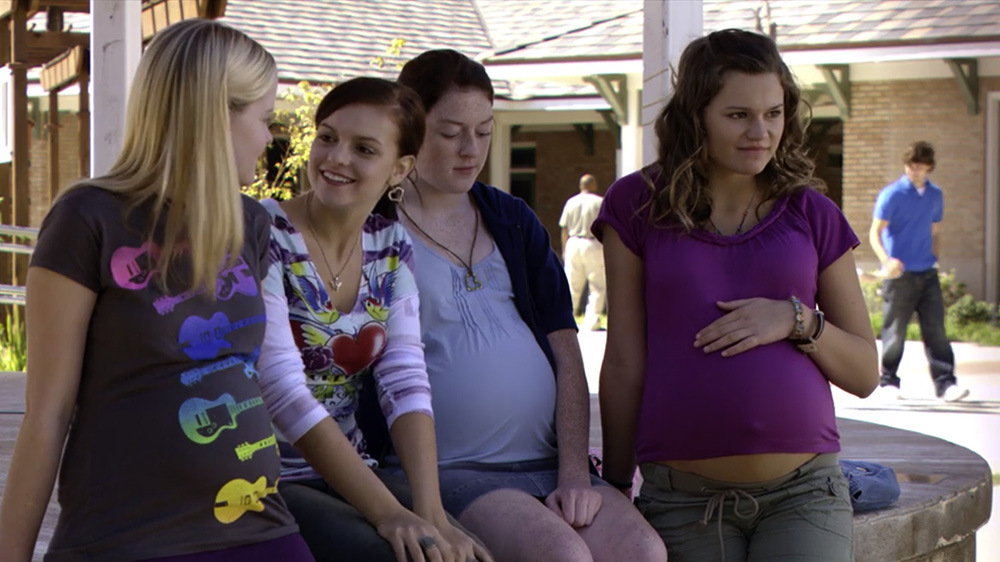 There's no room for people who aren't white in an average Lifetime movie unless they are Vivica A. Fox. Well, things are changing now, but that's not enough.

So, to create any kind of diversity, the sidekick, the best friend, though wise and usually biracial, has to die. The lack of a non-white cast is not the only issue. Even the passersby are white, and that makes these movies even less realistic.

A knife wound will kill anyone, but even 16 bullets won't kill the hero or heroine.

Of course, one twin is always evil, and the other is an angel.

There's always that look so the bad guy/girl signals the viewer that they are about to do something creepy or volatile. 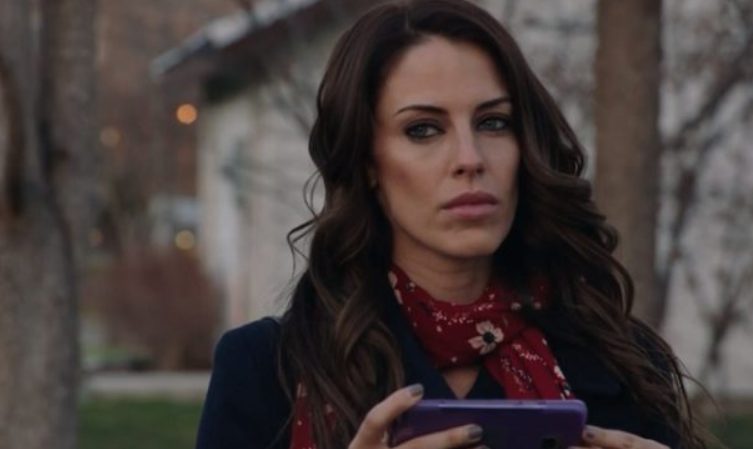 The bad guys usually end up in mental institutions, if they weren't already dead.

If there's a wedding, it will go on no matter how many people get killed.

A size zero bad gal will have no issues bringing down a strong male with her bare hands.

The cops are useless. There are always more detectives than police officers, and they break down the case around 2 minutes after the main character does it all by themselves.

Finally, there's an issue of dealing with mental illnesses. We get it: Lifetime movies have a limited budget, but Google is free. So, if you're going to include mental illness, at least try to portray it somewhat realistic. It seems that a deranged person is suffering from a condition known only to the writer. 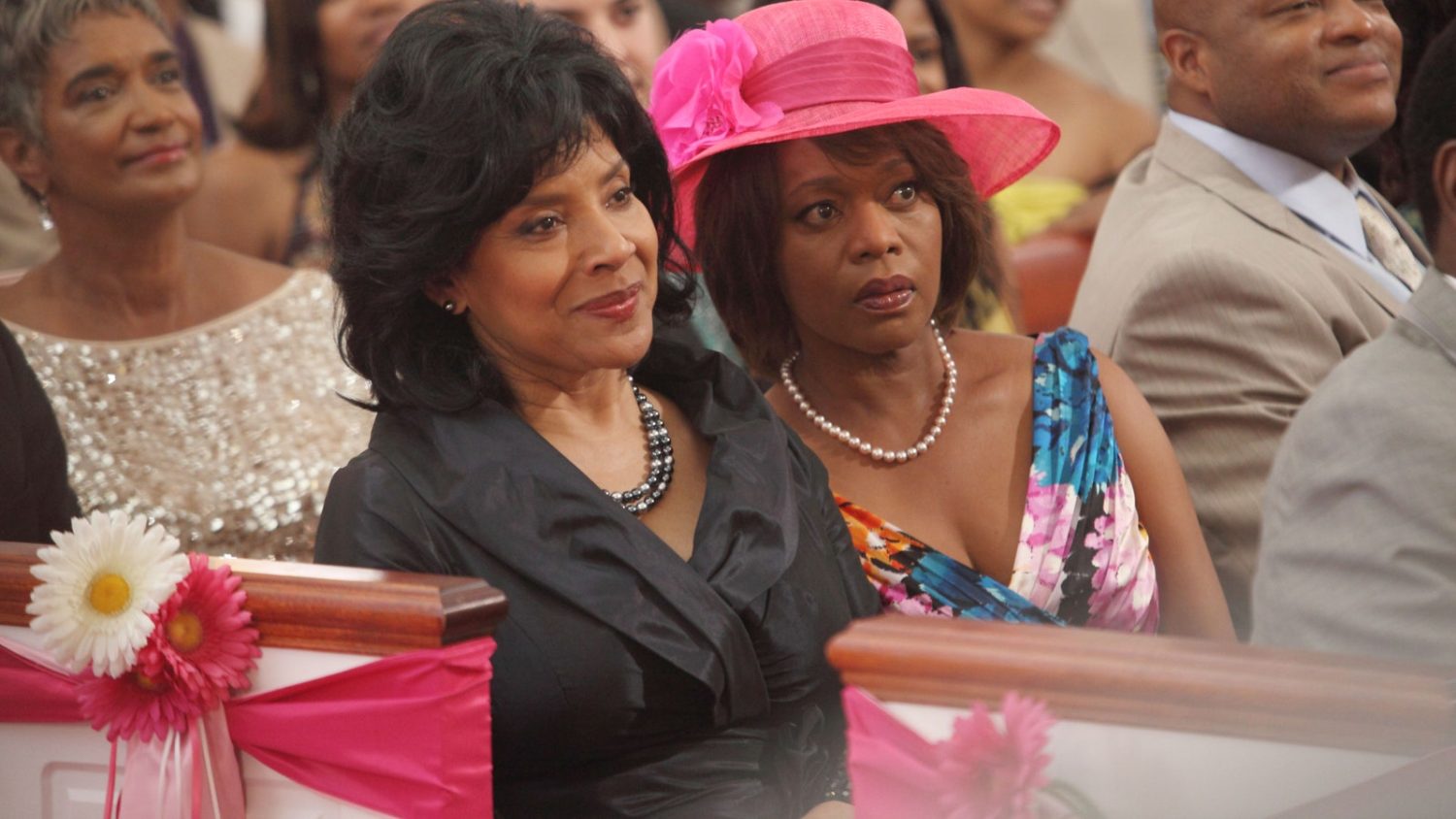 In 2012 Lifetime presented something different: the remake of a classic Steel Magnolias.

Now, in most cases, it sounds like a disaster. Even high-budget Hollywood movies cannot recreate the original spirit of a beloved film. Queen Latifah and Alfre Woodard started in this version of Steel Magnolias, and it was a hit.

It showed that Lifetime network is capable of producing more than just fluffy mysteries, and lame biopics.

Speaking of biopics, Angela Bassett directed the Whitney Houston movie. It's not great, but it's worth watching. The same could be said about The Anna Nicole Story (also known as Anna Nicole), a movie about the fallen Playboy superstar and her struggles with substance abuse.

Abducted: The Carlina White Story is based on a case that shook the public since it was the first reported case of abducting a 19 days old baby in a New York hospital.

In the sea of made-up, fluffy stories, Lifetime does know how to make a hit. 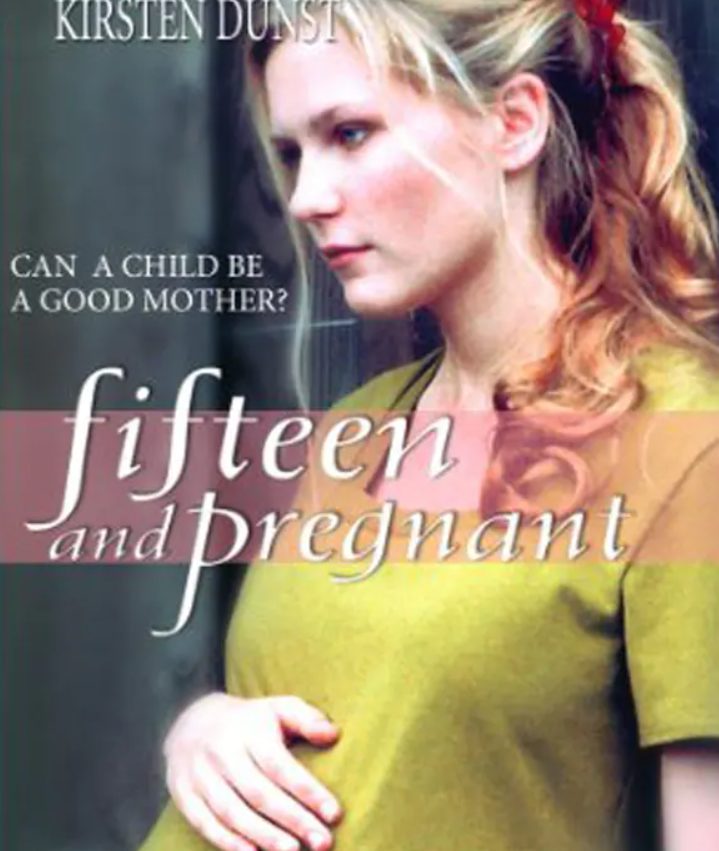 From date rapes to transgender issues, Lifetime is no stranger to attacking the burning teenage problems. Despite the obvious lack of diversity, it seems that things are looking up in the Lifetime world.

Though dealing with teen pregnancy seemed to be relatively shallow, A Girl Like Me: The Gwen Araujo Story will have you in tears.

She's Too Young is dealing with STDs in high school, an issue overlooked not only in cinematography but in real life as well.

There are numerous movies about cyberbullying, stalking, the dangers of the internet, sexual predators. The bottom line is that most of these movies have happy endings, but not all.

You cannot expect a movie to be an educational tool, but it can help parents understand what it's like to be a teenager in the Internet era or simply to remind them about the challenges young people face every day.

Interestingly enough, though many of them are fiction, Lifetime teen movies, no matter how ridiculous, still manage to do a better portrayal of what growing up is supposed to be than big Hollywood film-making companies. 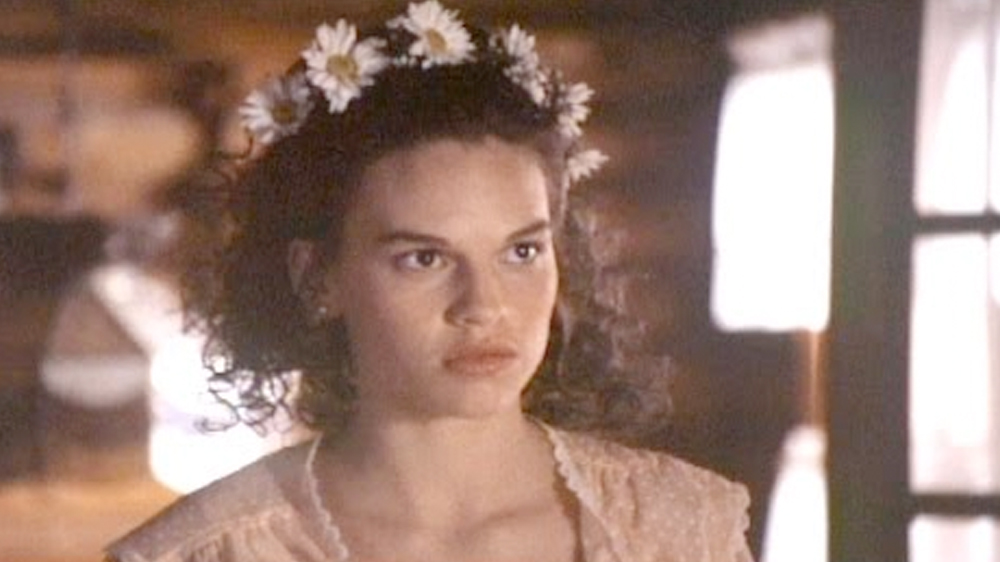 We already mentioned some titles worth knowing about. If you're looking for ridiculous fun, check out anything involving Stalked by my... or My Evil...

However, among the top-rated Lifetime movies are the ones focused on the story, not on (less than) shocking twists and turns. These titles have good reviews, and the stories were quite well told:

Girl in the Box

Taken From Me: The Tiffany Rubin Story

I Am Elizabeth Smart

The Trip to Bountiful

With all the movies mentioned above, you have over 30 titles ideal for the stay-at-home weekend.