Going to the doctor is never fun unless, of course, your situation can be turned into a dirty joke. So keep yourself healthy by ensuring you add laughter to your life daily and never miss our dirty jokes! 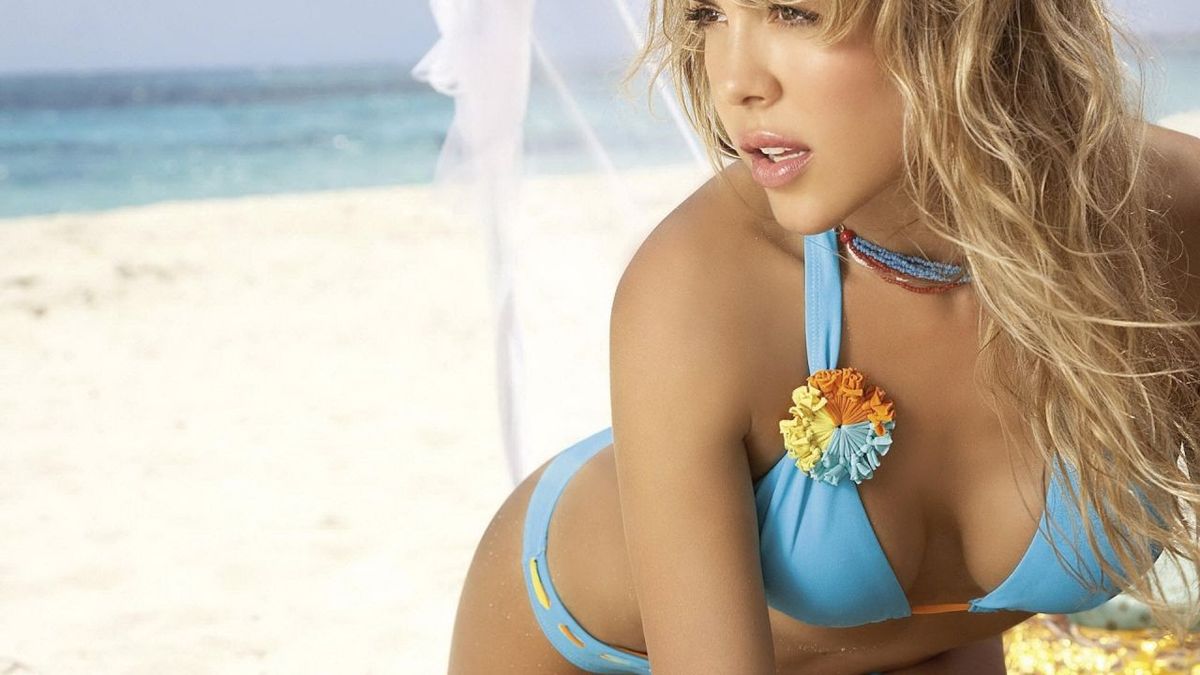 A doctor had the reputation of helping couples increase the joy in their sex life but always promised not to take a case if he felt he could not help them.

The Browns came to see the doctor. He gave them thorough physical exams, psychological exams, and various tests, then concluded, "Yes, I am happy to say that I believe I can help you."

"On your way home from my office, stop at the grocery store and buy some grapes and doughnuts. Go home, take off your clothes, and you, sir, roll the grapes across the floor until you make a bullseye in your wife's 'love canal.' Then, on hands and knees, you must crawl to her like a leopard and retrieve the grape using only your tongue."

"Then next, ma'am, you must take the doughnuts from across the room, toss them at your husband until you make a ringer around his 'love pole.' Then, like a lioness, you must crawl to him and consume the doughnut."

The couple went home, and their sex life became more and more wonderful.

They told their friends, Mr. & Mrs. Green that they should see the good doctor. The doctor greeted the Greens and said he would not take the case unless he felt he could help them. He conducted the physical exams and the same battery of tests. Then he told the Greens the bad news.

"I cannot help you, so I will not take your money. I believe your sex life is as good as it will ever be. I cannot help." The Greens pleaded with him and said, "You helped our friends, the Browns, now please, please help us."

"Well, all right," the doctor said. "On your way home from the office, stop at the grocery store and buy some apples and a box of Cheerios..." 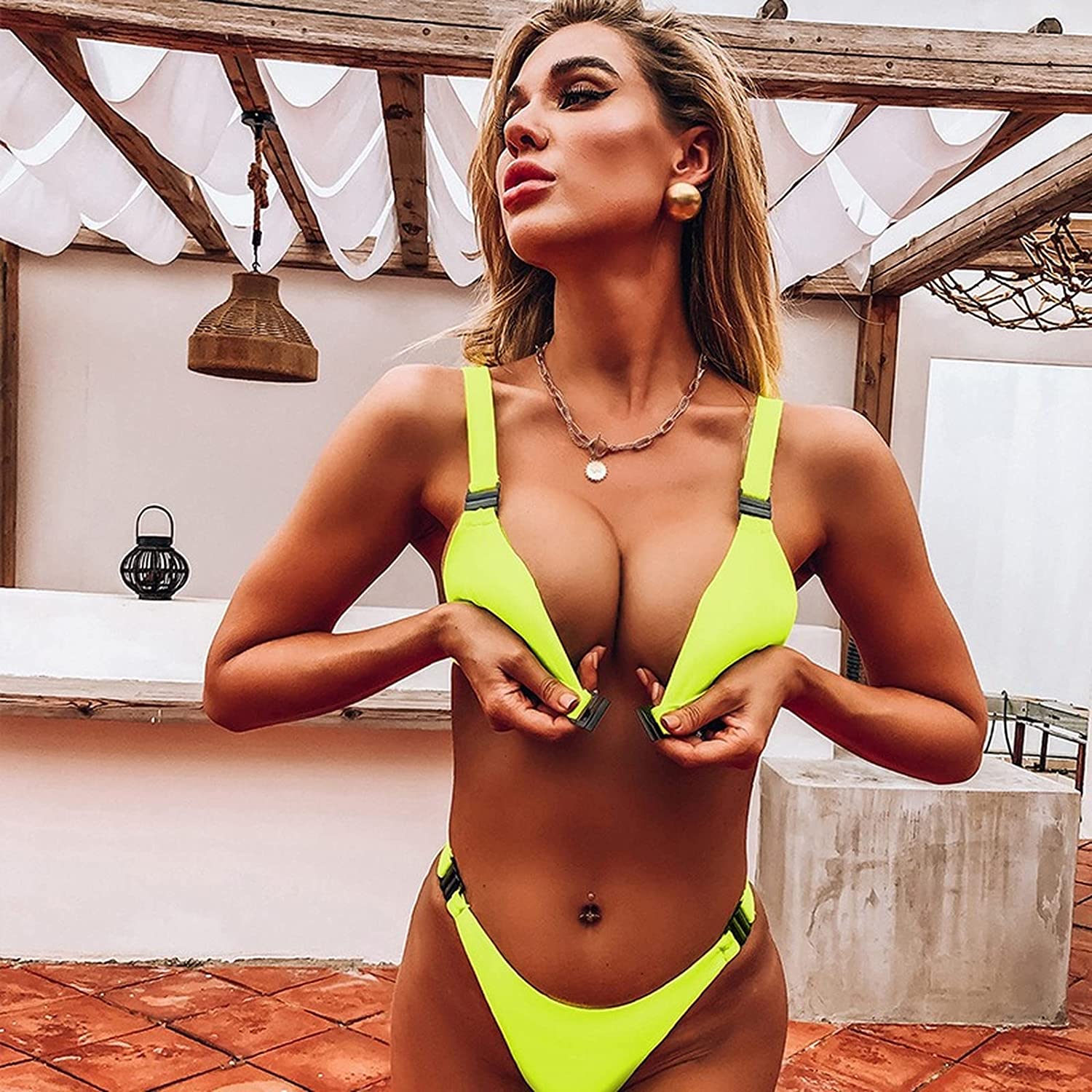 A woman went into a doctor's office with a baby. She's taken into an examining room and waits for the doctor. The doctor examines the baby, finds him not gaining much weight, and asks the woman, "Is he breastfed or on the bottle?"

"Oh...he is breastfed!" replied the woman. "Well then, strip down to your waist," orders the doctor.

She takes off her top and bra and sits on the examining table. The doc starts pressing, kneading, and pinching both breasts for quite a while in a very detailed and thorough examination. The doc motions for her to get dressed, then the doctor says:

"No wonder this baby is so hungry. You don't have any milk!" 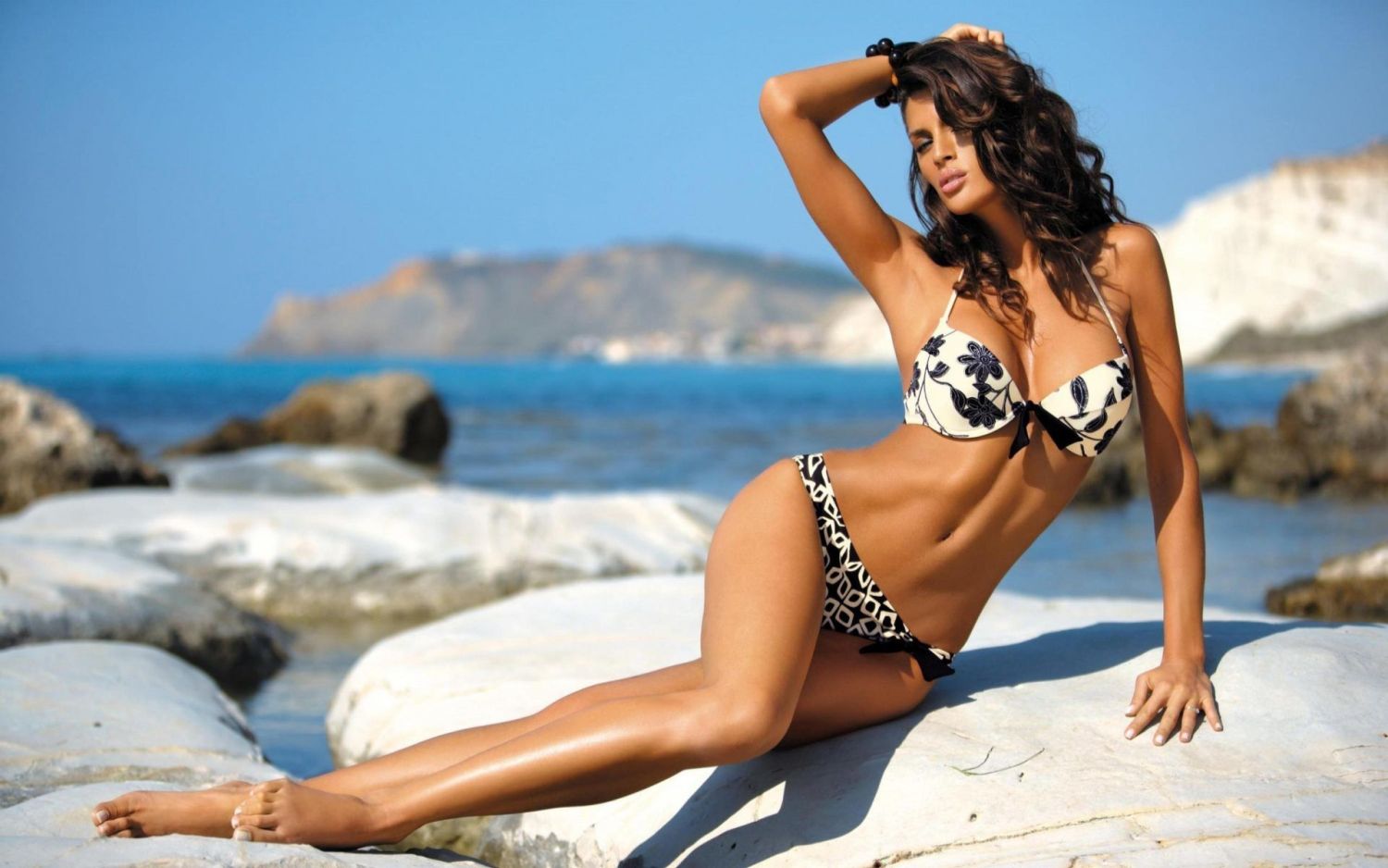 A man goes to the doctor with a long history of migraine headaches. When the doctor does his history and physical, he discovers that his poor patient has had practically every therapy known to man for his migraines and STILL has no improvement.

"Listen," says the doctor, "I have migraines, too, and the advice I'm going to give you isn't really anything I learned in medical school, but it's advice that I've gotten from my own experience."

"When I have a migraine, I go home, get in a nice hot bathtub, and soak for a while. Then I have my wife sponge me off with the hottest water I can stand, especially around the forehead. This helps a little. Then I get out of the tub, take her into the bedroom, and even if my head is killing me, I force myself to have sex with her. Almost always, the headache is immediately gone. Now, give it a try, and come back and see me in six weeks."

Six weeks later, the patient returns with a big grin. "Doc! I took your advice, and it works! It REALLY WORKS! I've had migraines for 17 years, and this is the FIRST time anyone has ever been able to help me!"

"By the way, doc," the patient adds, "you have a REALLY nice house."

The Old Man and Viagra 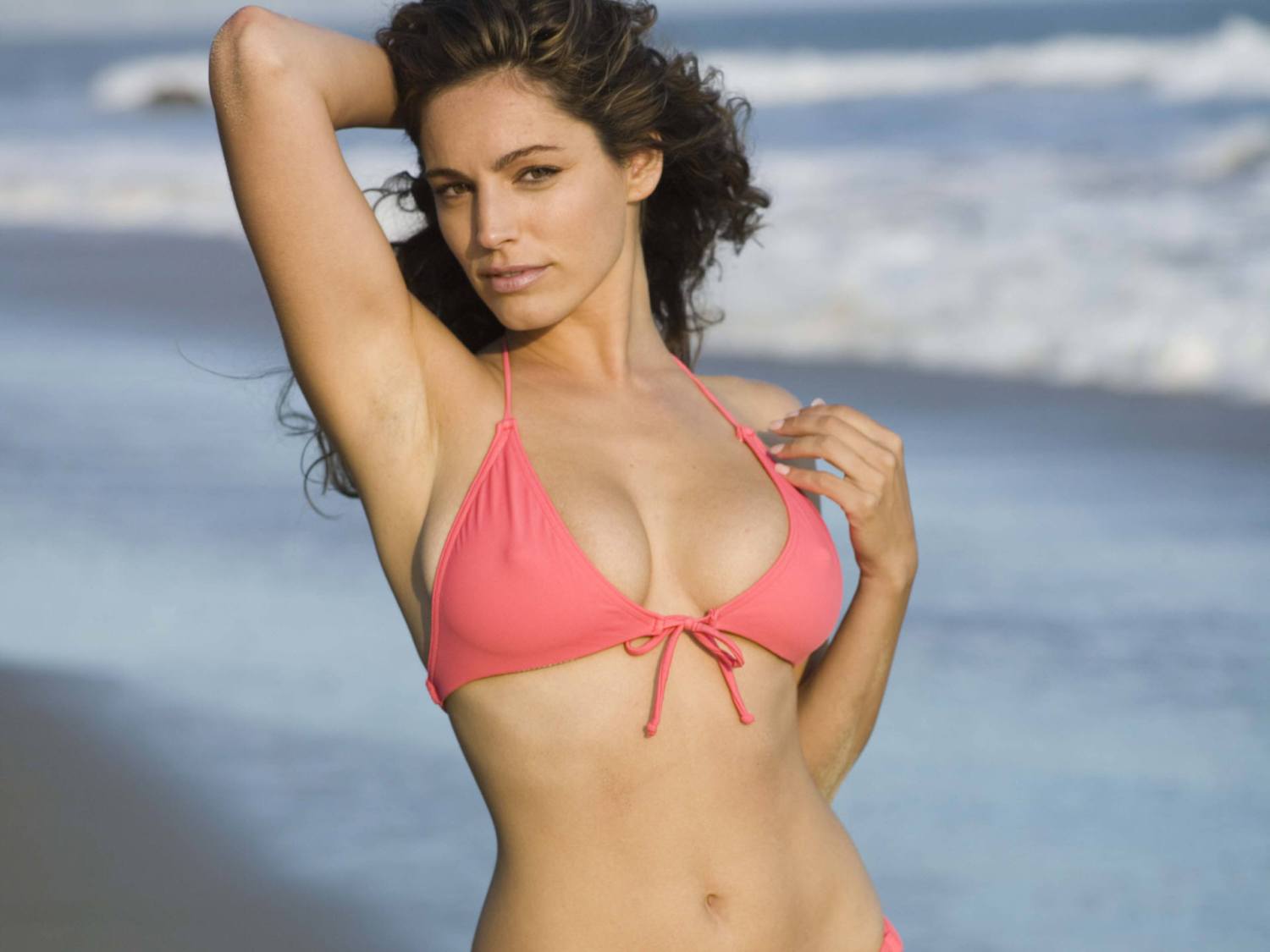 This old man in his eighties was putting on his coat. His wife said, "Where are you going ?"He said, "I'm going to the doctor." And she said, "Why? Are you sick?" "No," he said. "I'm going to get me some of those new Viagra pills."

So his wife got up out of her rocker and put on her sweater, and he asked, "Where are you going?" She said, "I'm going to the doctor too." He said, "Why?"

She said, "If you're going to start using that rusty old thing again, I'm going to get a tetanus shot." 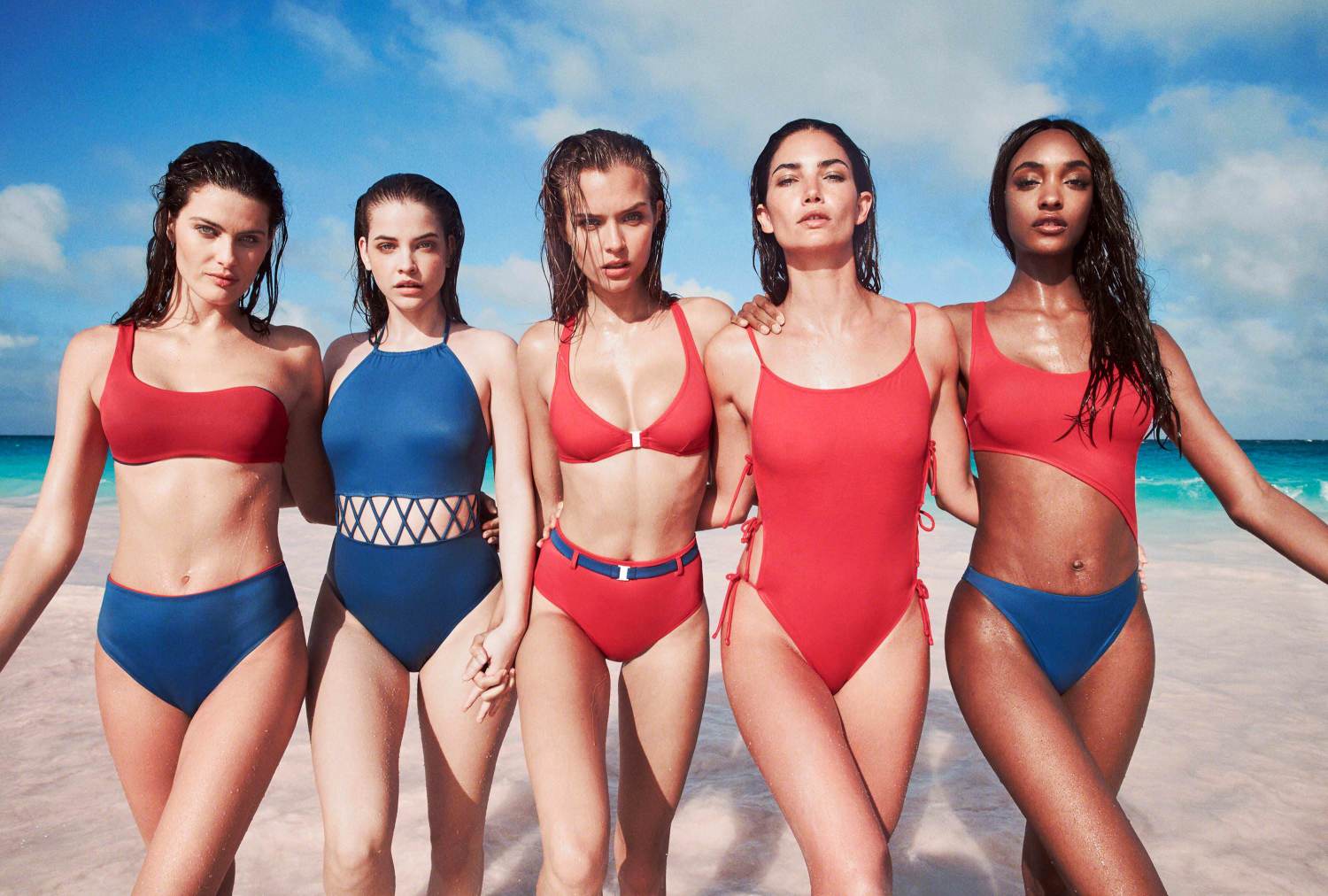 A man was having problems with premature ejaculation, so he decided to go to the doctor. He asked the doctor what he could do to cure his problem. In response, the doctor said, "When you feel like you are getting ready to ejaculate, try startling yourself."

That same day the man went to the store and bought himself a starter pistol. All excited to try this suggestion, he ran home to his wife.

At home, he found his wife in bed, naked and waiting. As the two began, they found themselves in the 69 position. The man, moments later, felt the sudden urge to ejaculate and fired the starter pistol.

The next day, the man went back to the doctor. The doctor asked, "How did it go?"

The man answered, "Not that well... When I fired the pistol, my wife sh*t on my face bit 3 inches off my penis. My neighbor came out of the closet with his hands in the air!" 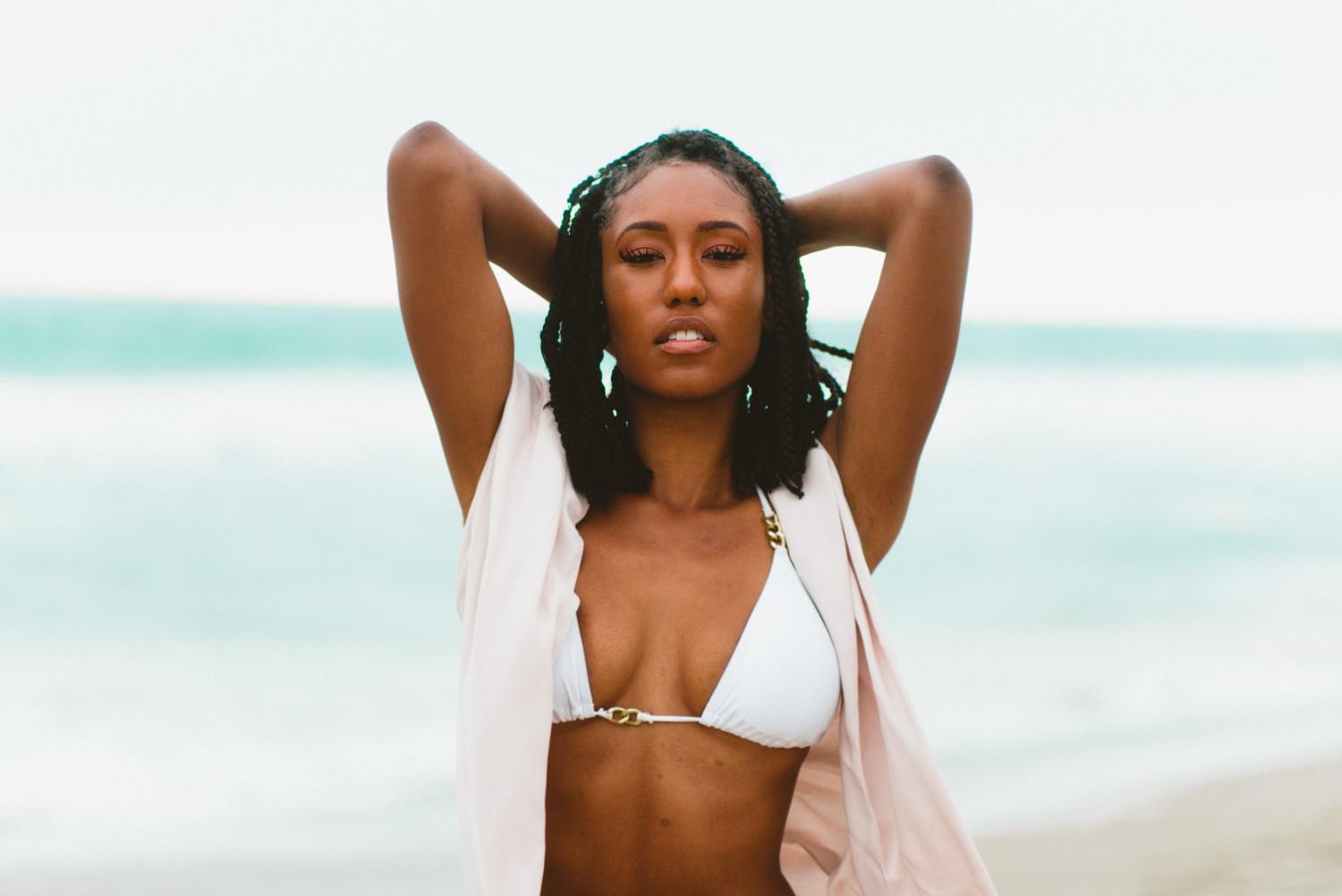 The girl has been watching him and says, "You must be a dentist." The guy, surprised, says, "Yes .... How did you figure that out?"

"Easy," she replies. "You keep washing your hands." One thing leads to another, and they make love.

After it's over, the girl says, "You must be a really good dentist." The guy, now with an inflated ego, says, "Sure - I'm a good dentist. How did you figure that out?" 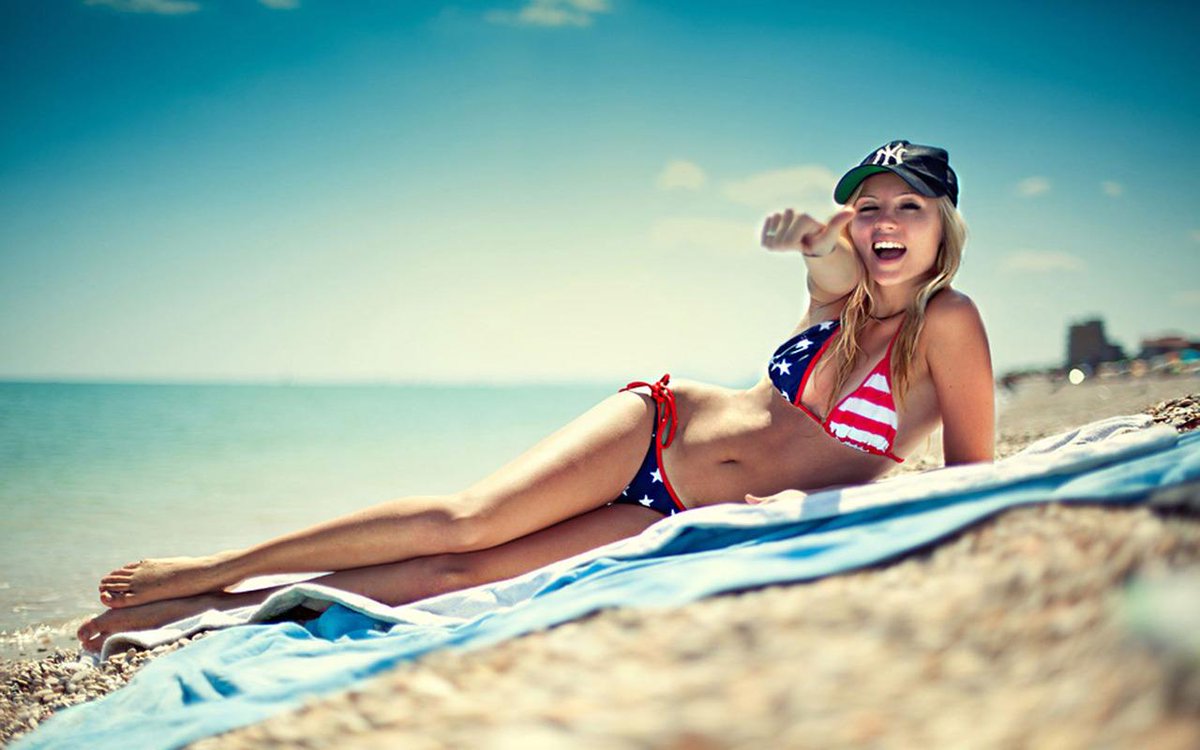 There's more money being spent on breast implants and Viagra today than on Alzheimer's research.

This means that by 2040 there should be a large elderly population with perky boobs, massive erections, and absolutely no recollection of what to do with them. 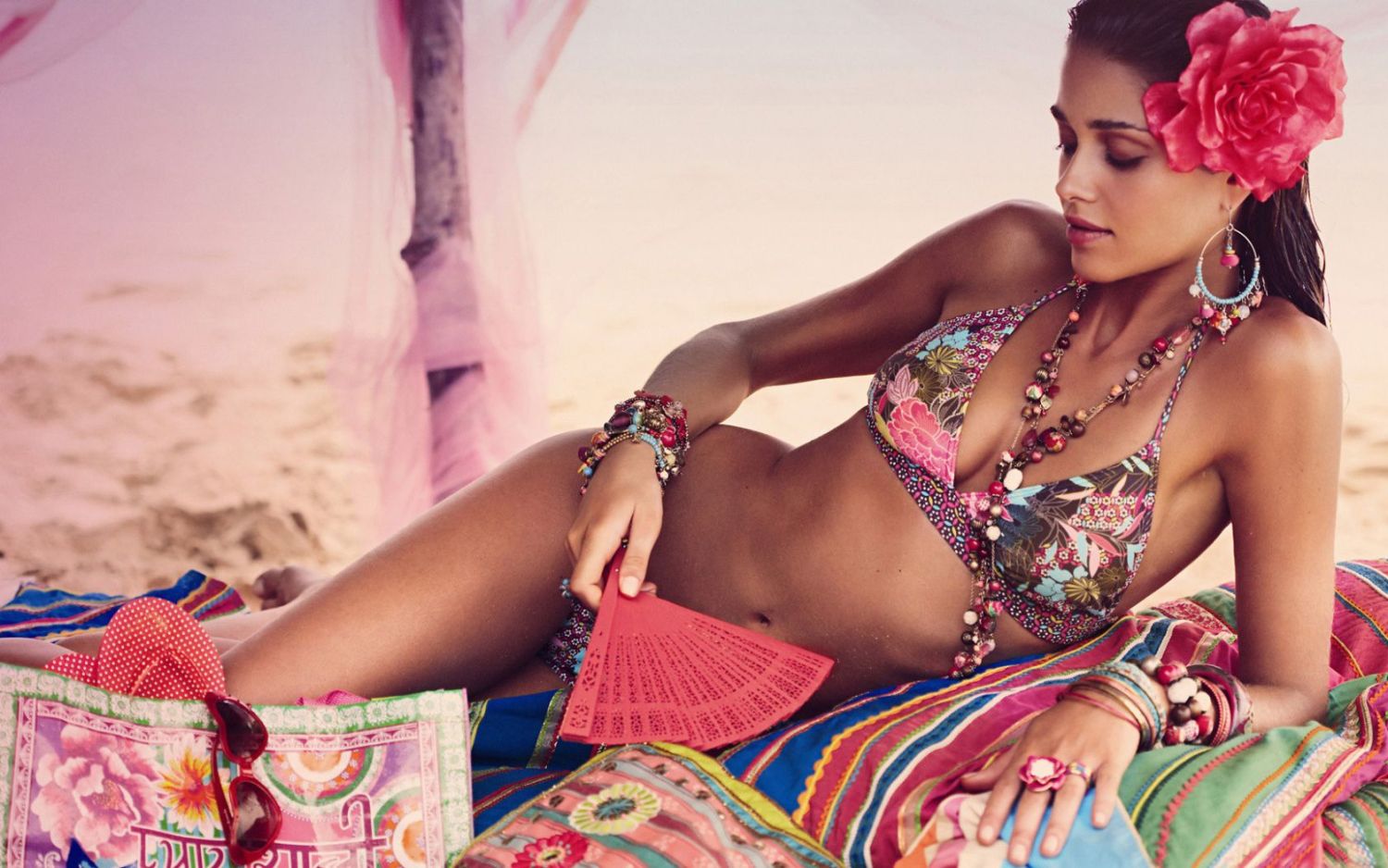 A lady goes to the doctor and complains that her husband is losing interest in sex. The doctor gives her a pill but warns her that it's still experimental. He tells her to slip it into his mashed potatoes at dinner, so that night, she does just that.

About a week later, she's back at the doctor, saying, "Doc, the pill worked great! I put it in the potatoes like you said! It wasn't five minutes later that he jumped up, raked all the food and dishes onto the floor, grabbed me, ripped all my clothes off, and ravaged me right there on the table!"

The doctor says, "I'm sorry, we didn't realize the pill was that strong! The foundation will be glad to pay for any damages." "Nah," she says, "that's okay. We're never going back to that restaurant anyway." 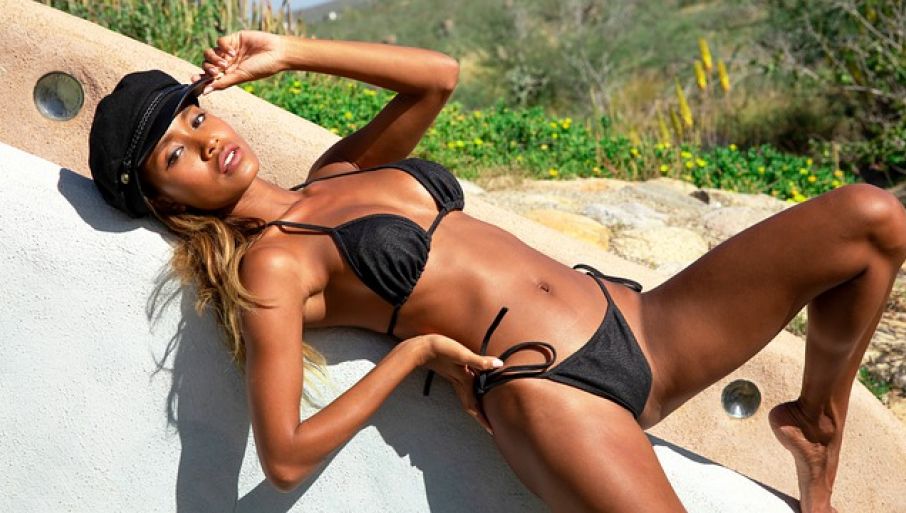 "I won't laugh," said the nurse. "I'm a professional. In over 15 years of working here, I've never laughed at a patient."

"Okay, then," said Randy, and he dropped his pants, revealing the smallest male part the nurse had ever seen. In length and width, it was almost identical to a AA battery.

Unable to control herself, the nurse tried to suppress a laugh, but it just came out. Feeling very bad about laughing at the man's part, she composed herself as best she could.

"I'm very sorry," she said. "I don't know what came over me. On my honor, as a nurse and a lady, I promise that won't happen again. Now, tell me, what seems to be the problem?"

She ran out of the room. 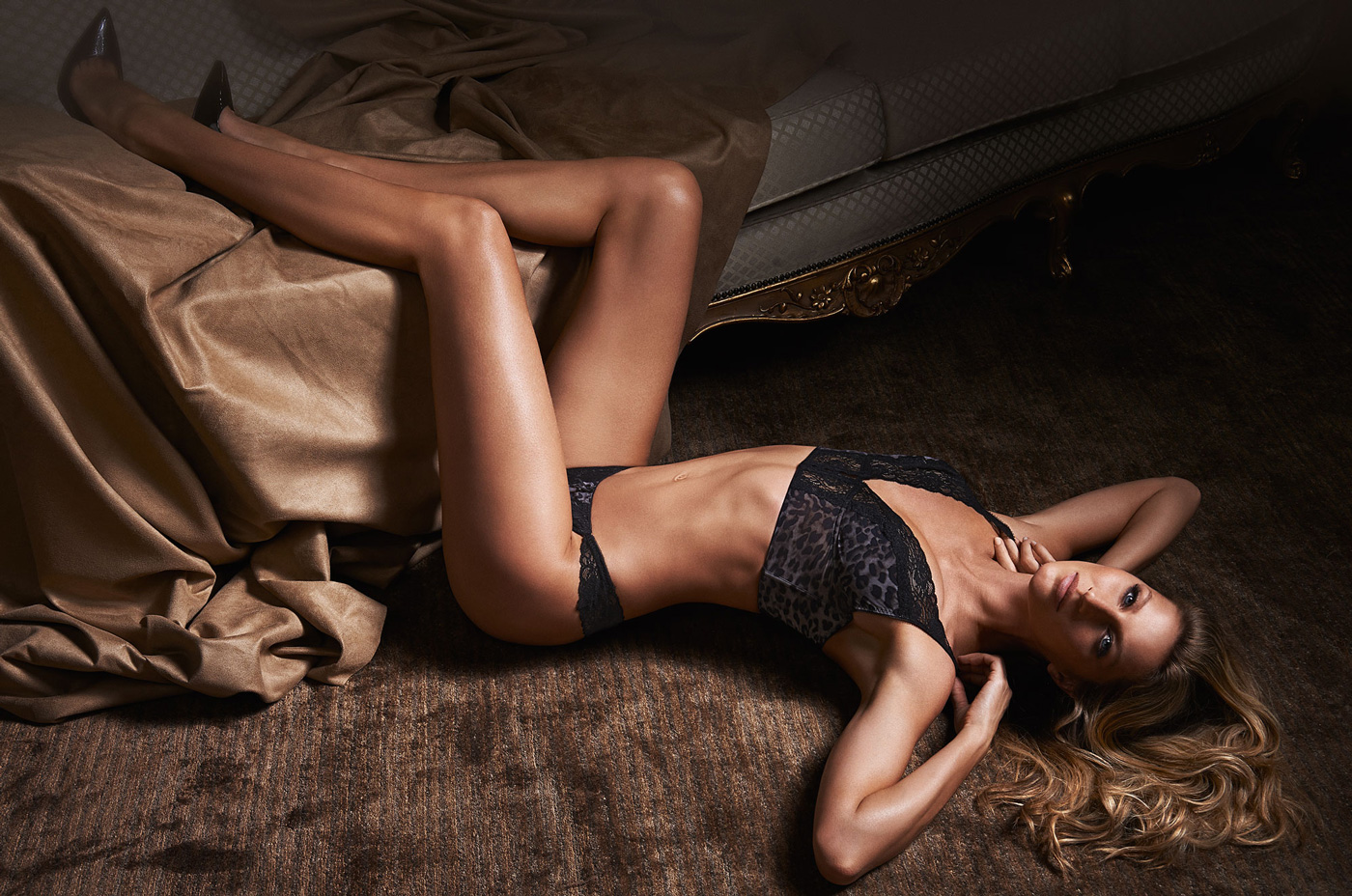 "Doctor," the embarrassed man said, "I have a sexual problem. I can't get it up for my wife anymore."

Mr. Thomas, bring her back with you tomorrow and let me see what I can do."

The next day, the worried fellow returned with his wife. "Take off your clothes, Mrs. Thomas," the medic said. "Now turn all the way around. Lie down, please. Uh-huh, I see. Okay, you may put your clothes back on."

The doctor took the husband aside. "You're in perfect health," he said. "Your wife didn't give me an erection either." 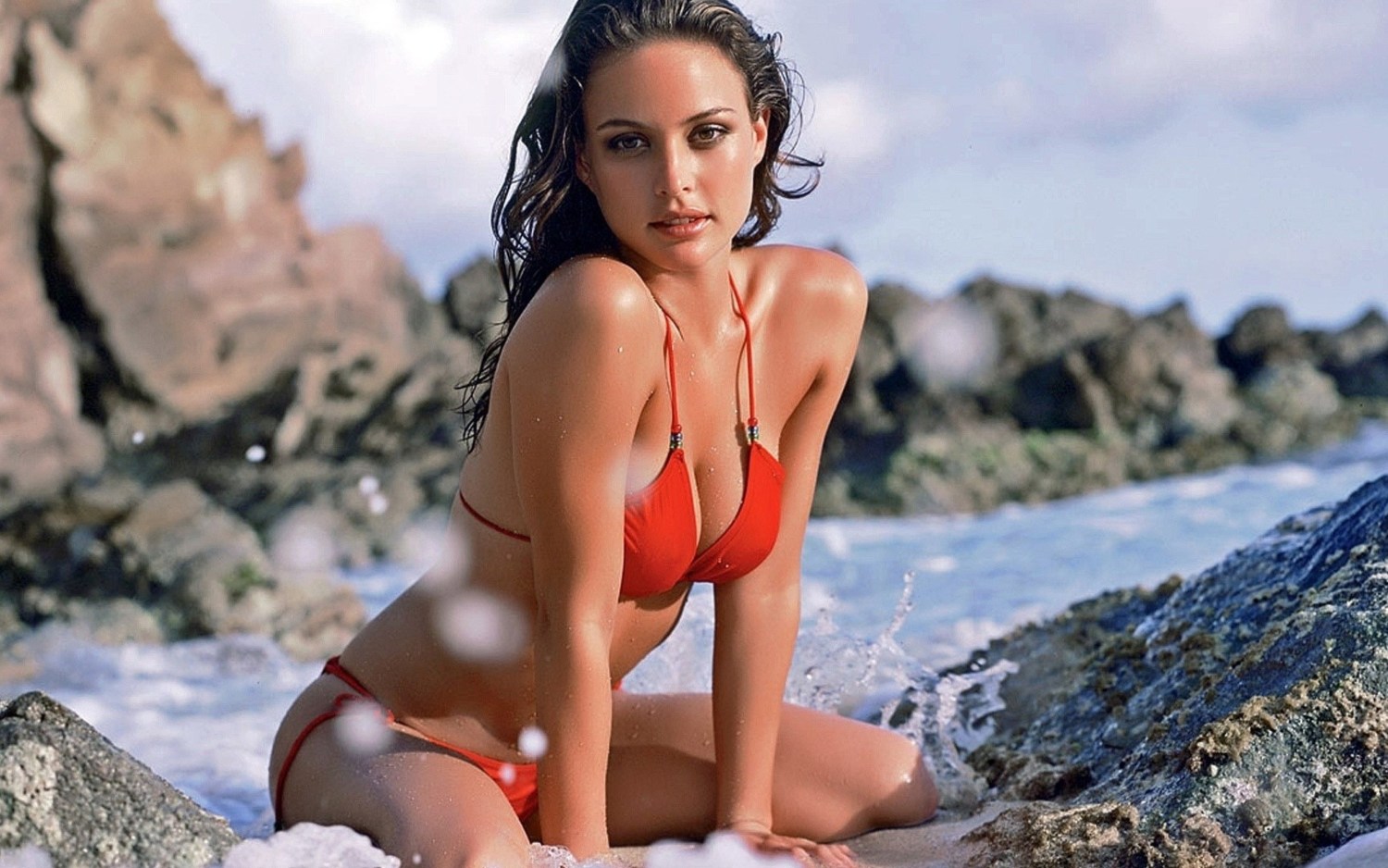 A mortician was working late one night. It was his job to examine the dead bodies before they were sent off to be buried or cremated.

As he examined the body of Mr. Schwartz, who was about to be cremated, he made an amazing discovery. Mr. Schwartz had the longest private part he had ever seen!

"I'm sorry, Mr. Schwartz," said the mortician, "But I can't send you off to be cremated with a tremendously huge private part like this. It has to be saved for posterity."

With that, the mortician used his tools to remove the dead man's schlong. He stuffed his prize into a briefcase and took it home.

The first person he showed it to was his wife. "I have something to show you that you won't believe," he said and opened up his briefcase. 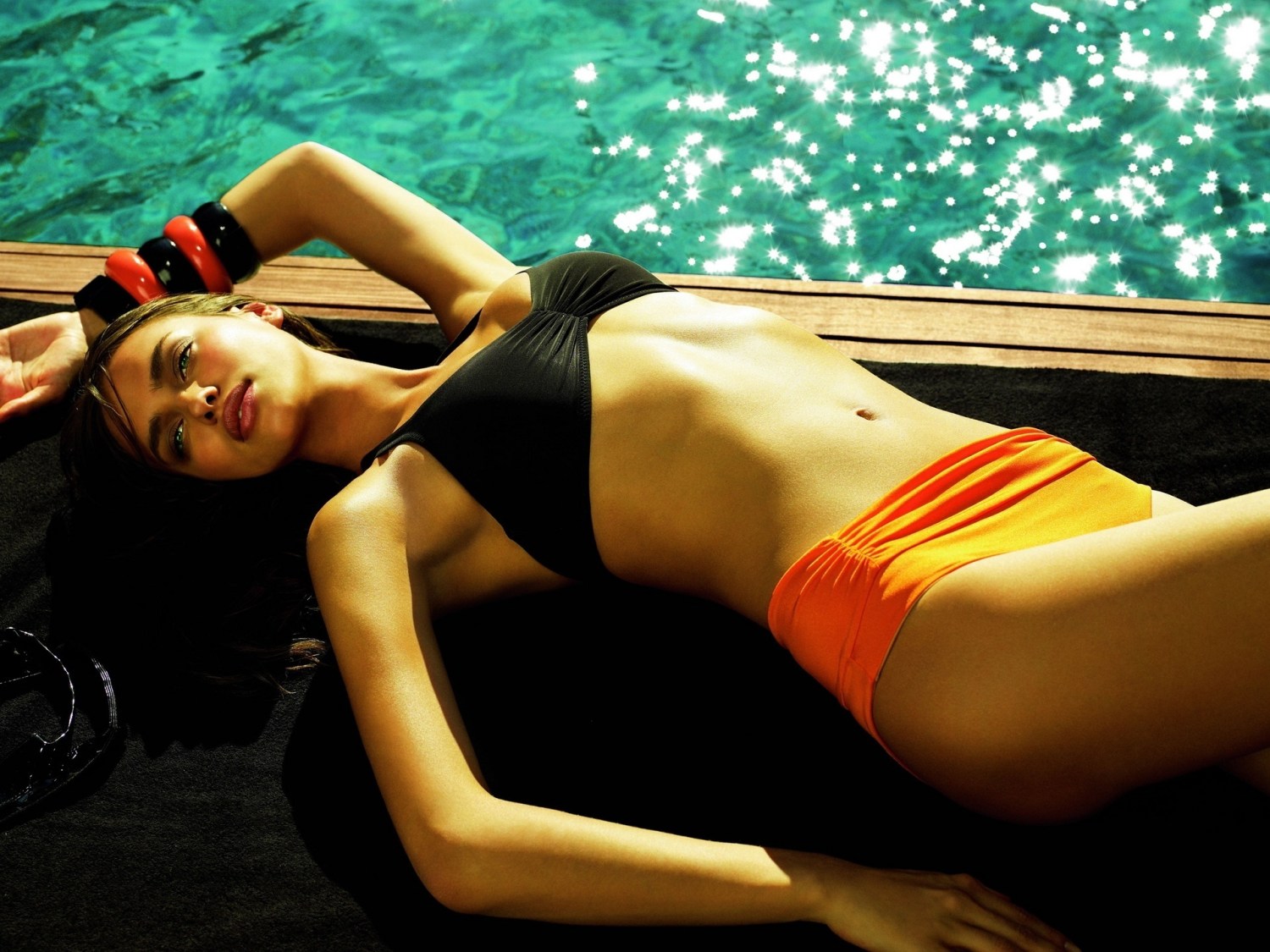 This girl wanted a boob job, so she went to see a plastic surgeon, Dr. Jones. Dr. Jones told her the cost would be $3500.00. She then told Dr. Jones she could not afford to spend that much. He told her if she waved her hands like a duck quacking in front of her breasts daily, saying, "Mary had a little lamb, her fleece was white as snow," her boobs would begin to grow.

The next day she was on a bus and remembered she had forgotten to do the chant. She began to do it secretly, and while doing it, a gentleman turned around and asked her if she went to Dr. Jones.

She then asked why. He replied with a hand motion moving up and down, chanting, "Hickory, Dickory, Dock."