Until the 19th century and the discovery of photography, recording someone's death was reserved for members of ruling families and the most prominent personalities of a country.

In the middle of the century, the appearance of photography will make the recording of the last portrait or Victorian death photo available to a much broader group of people. That's why it will soon become a popular way of saying goodbye and a new medium for preserving the memory of the deceased.

The Origin Of Victorian Death Photos 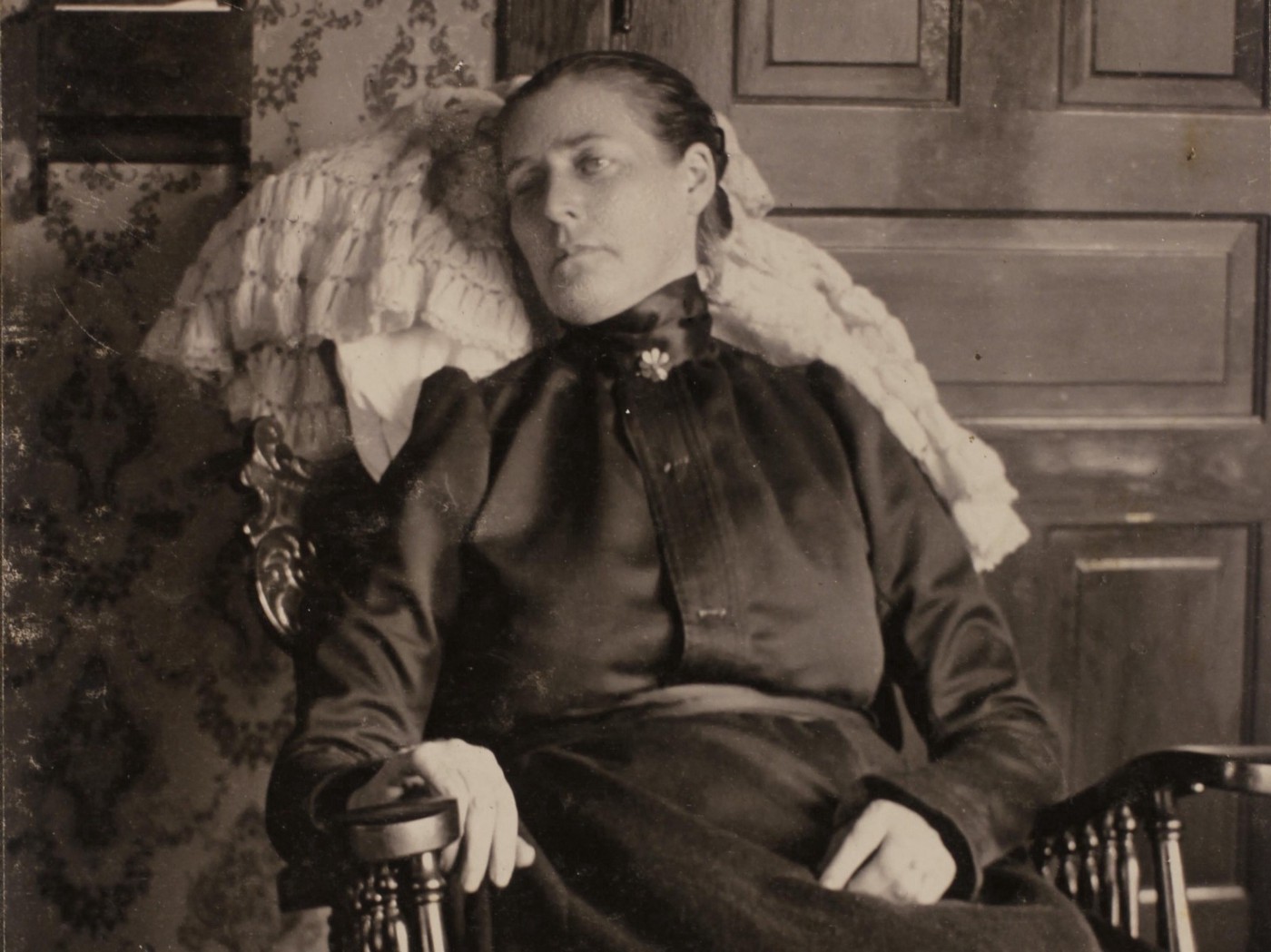 The posthumous Victorian death photography had the role of a portrait. Family members ordered it in memory of their deceased members. It happened that living family members were photographed with the deceased in some kind of group family portrait. Sometimes these Victorian death photos were subsequently edited in the studio, during which open eyes were added to the dead.

The motives that made photographing the deceased extremely popular in European culture of this period are diverse. Victorian death photos proved that the deceased died in the circle of their loved ones, kept the memory of them, provided comfort in the process of accepting loss, or the death photo was sent to those who could not attend the funeral.

In addition, the photograph was a three-dimensional object that enabled a tangible relationship to a symbolic replacement for a lost person. Its mobility made Victorian death photography the most practical medium among all kinds of art that expressed regret - tombstones, paintings, songs, or diary entries.

The obituaries were small in size, about the size of today's business cards. They were kept in family photo albums, household Bibles, wallets, medallions or were combined into other relics by connecting them with other objects.

Often the last portraits, together with the curls of hair, were kept in empty matchboxes. In the service of advertising, photographs of the dead could also be found in the windows of photographic studios. Today, there are relatively few Victorian death photos left, and the reason for that is mainly their mass destruction by the descendants who considered them too morbid to keep them in the house. 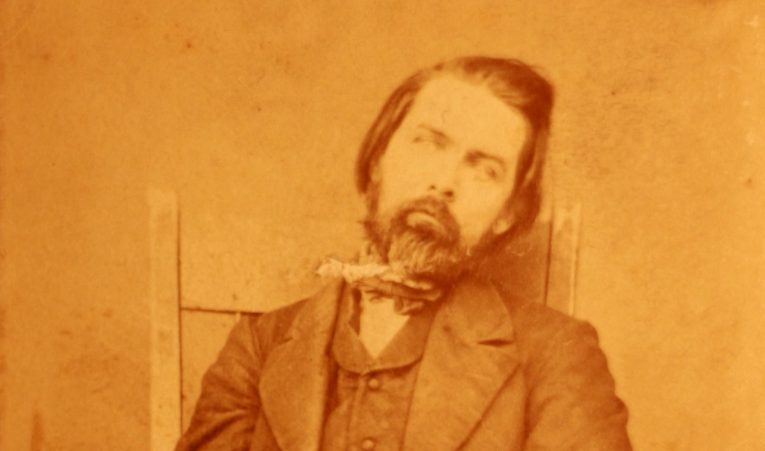 Although photographing a deceased family member may seem eccentric to us today, it is necessary to look at the relationship that nineteenth-century man had with death. Except in cases of natural disasters, accidents, or crimes, most people died in their beds by natural death or were affected by some disease.

The preparation of the deceased for the funeral was performed by the family members, their closest ones, who bathed, changed clothes, and furnished the body.

The body remained in the house until the funeral day, mainly in the bed they died. Due to the constant presence of death and direct contact with the dead, people did not experience it as tragically and traumatically as their descendants from the 20th and 21st centuries.

Death was accepted as an integral part of life. People were prepared mentally and spiritually, and the presence of the dead did not cause the fear and horror that accompanies us at the thought of a similar scenario.

The Victorian era is remembered as a period of morbid fascination and obsession with death, influenced by several phenomena of the society of that time. One of them is undoubtedly the high mortality of people.

Still, researchers believe that the cult of death in Britain at the end of the century was greatly influenced by the extended mourning of Queen Victoria for her late husband, Albert. When we say long, we actually mean it: forty years, given that the Queen did not take off her black clothes for the rest of her life.

Another reason may be the progress of scientific thought that shook the influence of religion on men during the 19th century. Counter-reaction caused an increasing turn of all levels of society to mysticism, occultism, and alternative forms of religious thought most often focused on the afterlife.

Different Perceptions On Death And Life 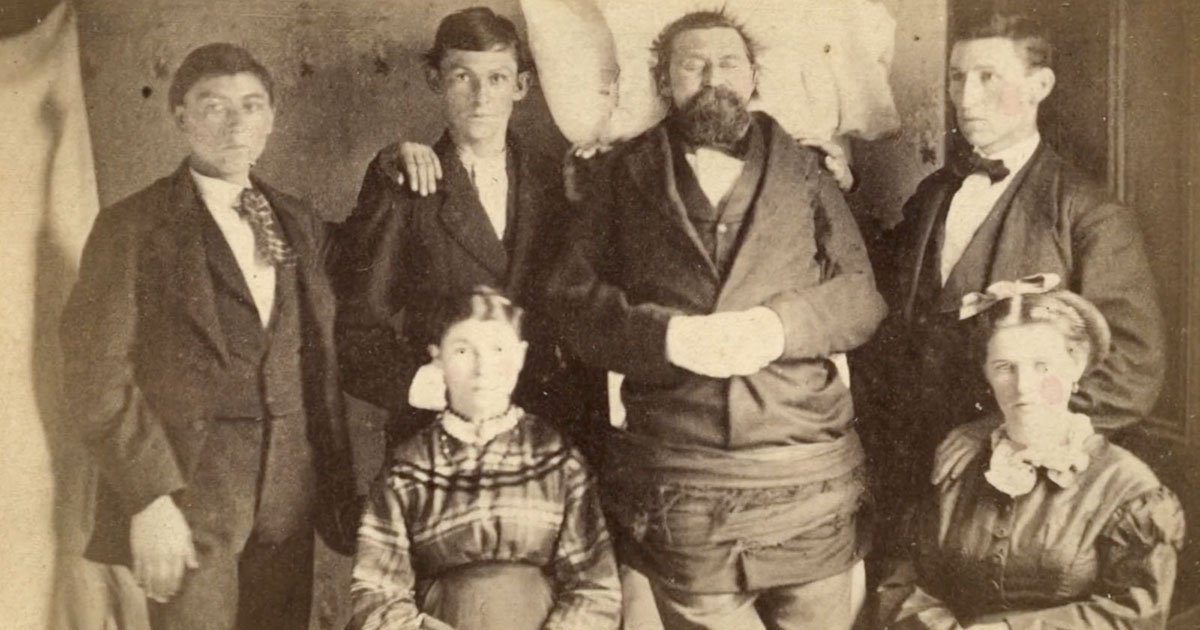 In the period between the hour of death and burial, the deceased's family created a future image of them and how the descendants will remember their persona. Because of that, the family members dressed up for Victorian death photos. They wore the most beautiful wardrobe and often put on makeup to "revive" their pale posthumous incarnation with an illusion.

However, Victorian death photos were usually taken immediately after death until the lips turned blue and the body stiffened utterly. Children and unmarried young girls were photographed and buried in white, a color that symbolized their innocence, and the corpse was set up in a dream-like pose.

Leaning on the pillows, the body was often covered in half, and the hands were placed over the covers so that the moment captured by the lens would be more reminiscent of a realistic image of a sleeping person.

Frequently, for the purposes of the Victorian death photo, the entire bed was moved closer to the window. Hence, the outside light symbolically illuminated the painted figure and alluded to the heavenly light that awaits a person on the path of the afterlife.

In the 19th century, the first tombstones with the image of the deceased appeared a practice that will be established and perpetuated to the present day. 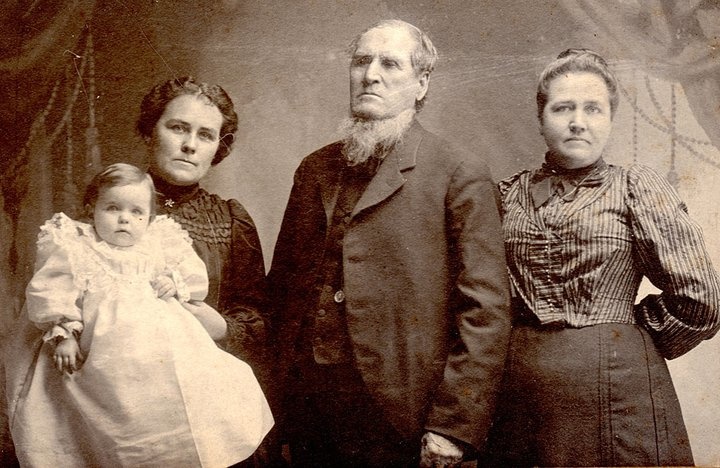 Photographs taken during the deceased's life were mainly placed on monuments of this type, except when there were no such photographs. If the deceased did not manage to be photographed during their life, it is possible that the last portrait taken after their death was found on the grave.

In addition to taking Victorian death photos by means of photography, posthumous portraits were once made by painters, and there are many paintings created with this intention. For practical reasons - a relatively short period that the dead man spent in the house before the funeral, photography proved to be a more suitable medium. 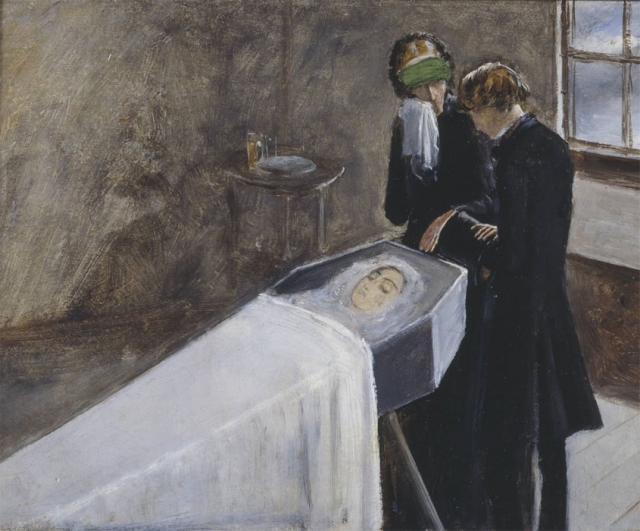 However, an interesting case is that of the English painter John Everett Mile, who agreed to paint a posthumous portrait of a girl. The time he spent in the room where her body was exhibited made the painter emotionally attached to the family whose daughter he painted. When he came home, he expressed his regret for the extinguished young life with the painting: The artist attends the mourning of a young girl.

This picture shows several of the mentioned motifs present in the post-mortem photographs - the girl is dressed in a white dress, and the coffin is symbolically turned so that the window - the light source - is above her head. 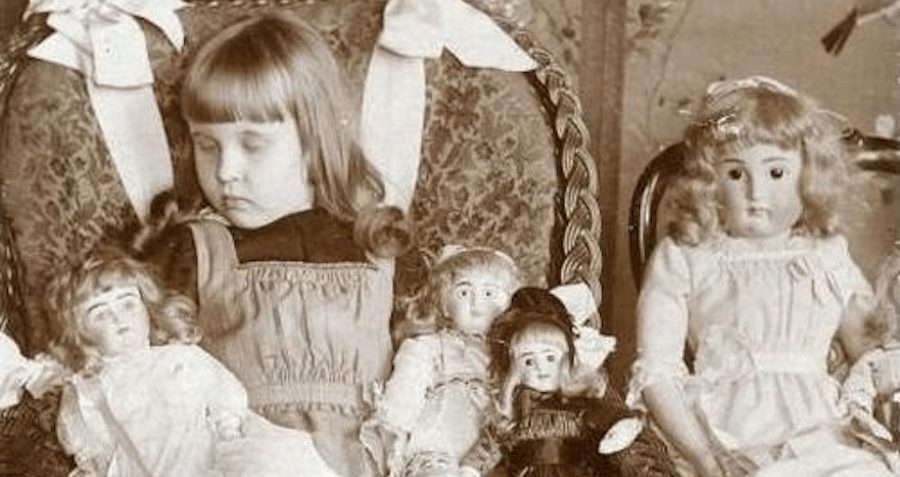 A particular subgroup of posthumous Victorian death photography consists of portraits of dead children, common in the culture of Europe and North America during the second half of the century. As we have already mentioned, the high mortality rate of children during the 19th century is commonplace in European history. Unlike earlier epochs, the loss of a child in the 19th century is beginning to be viewed differently.

The family, the nucleus of nineteenth-century society, seems to play an equally important role in the child as it does in adults. Children's portraits and a more realistically depicted world of childhood and growing up first appeared in European art in the middle of the 19th century.

In the period when the child becomes a full member of the community whose position and needs are taken care of and cared for, the death of the child becomes more traumatic, and the pain for the lost child is no longer a taboo topic. The loved ones complain and mourn for them openly, they are not forgotten even after many years, and accordingly, their character is carefully preserved and remembered.

The reasons for making Victorian death photos of children's portraits are similar to when it comes to photographing adults - the central role of these photographs was to comfort parents in moments of suffering. However, many more Victorian death photos of children have been preserved because many children did not manage to be photographed on a better occasion alive. Hence, the posthumous portrait was the only image the family could remember the child's face. 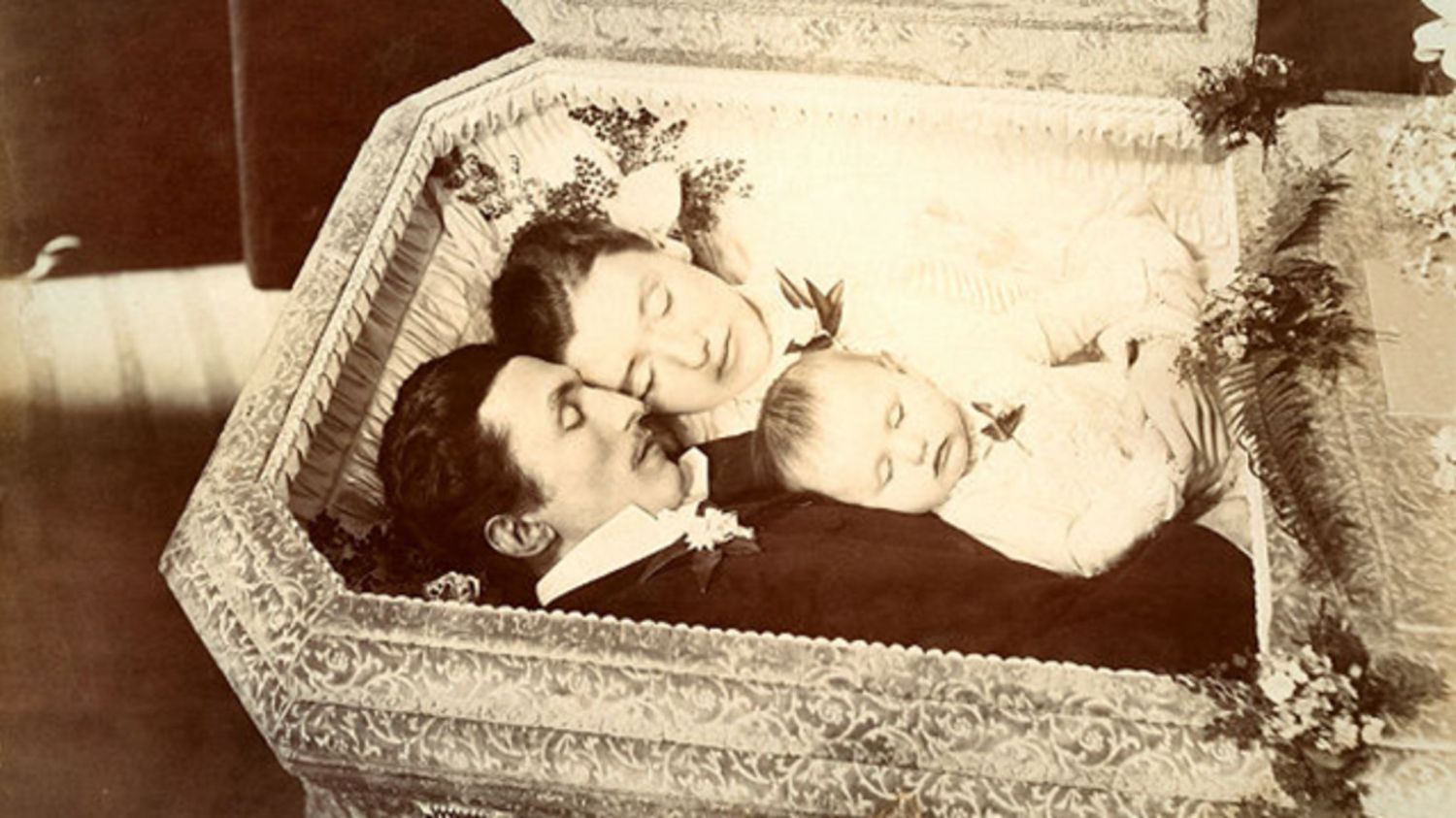 Other forms of artistic expression of this period speak of the need to present death as peace, tranquility, and sleep. Precisely because of the changed attitude towards the death of a child and the pain it caused among family members, the Victorian era abounded in the literature that we would probably classify today in the genre of pop psychology.

These are very popular manuals from the end of the century, which contained tips for easier acceptance and overcoming the death of a child. In them, the child is presented as a little sleeping angel "saved" from the torments and evils of this world. Therefore, the children's Victorian death photographs were considered above all beautiful despite the tragic event they documented.

The theme of the dead child was common in poetry from the end of the century. The English-speaking area abounds in verses addressed to little angels. 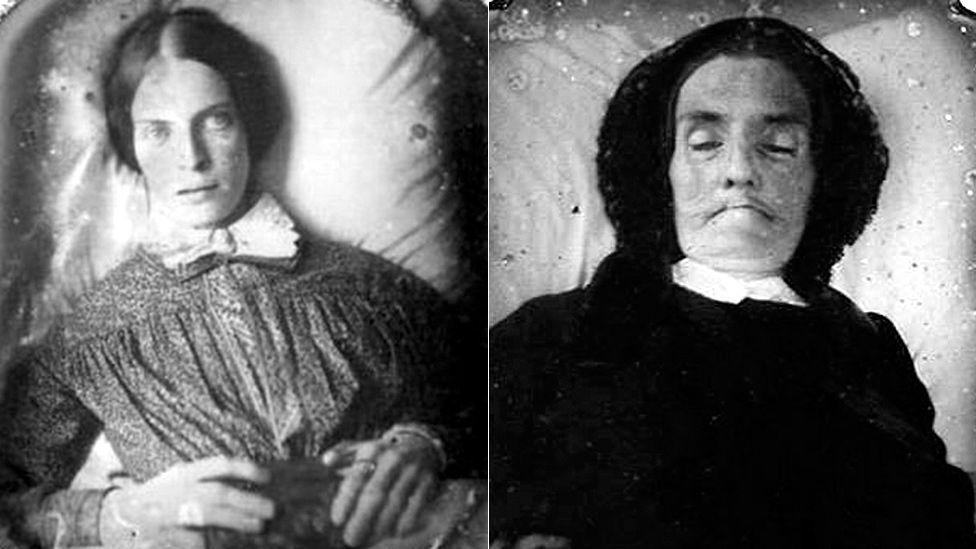 The change of funerary customs and the culture of grief during the 20th century led to posthumous photography and Victorian death photos losing their meaning and awakened discomfort, morbid thoughts, and possibly disgust in modern man.

Because the death of a person is rarely encountered in the house today (the most commonplace of death is hospitals), and the procedure of preparing the deceased's body for burial is wholly left to specialized services, family members no longer have contact with their departed. Photographing the dead in the 20th and 21st century is reserved for cases when it is necessary to document someone's death, i.e., it is mainly related to police reports, crime, and violent, unnatural deaths.

That is why it is difficult for us today to observe funerary photography and Victorian death photos in the service of portrait art or to experience it as something beautiful. 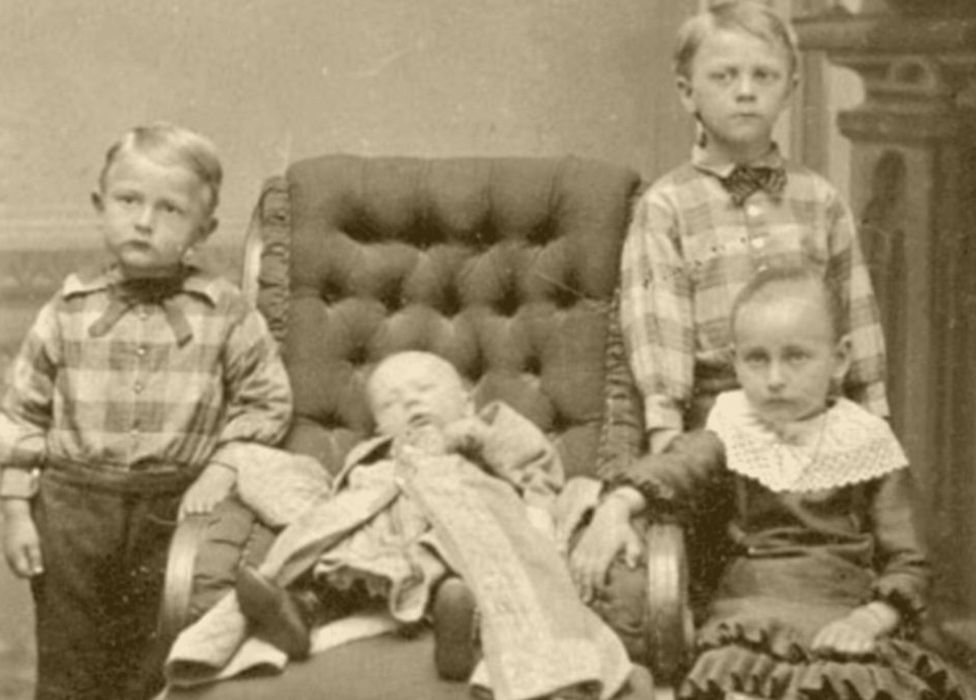 The Victorian model of open mourning and keeping the image of the deceased seems bizarre and frightening to us, and even when we meet a posthumous portrait in a museum, it leaves an unpleasant impression on us.

However, post-mortem photography is a significant phenomenon of the 19th century and European culture. Its correct perception and understanding reveal the attitude of former people towards loss and death and a kind of memory of the most beloved, which has faded over time.