Lars Mittank has been missing since 2014, and to this day, the police, both German and Bulgarian, offered the public no possible explanation of what happened.

Lars was in Bulgaria's Golden Sands, for a vacation, with his friends. He got into a fight over a soccer game and earned an ear wound. Mittank went to the doctor's, got antibiotics, and was advised not to fly due to this injury.

Lars Mittank was hesitant: he didn't want to stay alone, yet he was scared that the pressure might cause further damage to his ear. After the airport doctor confirmed he was safe to fly home, Lars vanished.

At the time of his disappearance, which shook the world, Lars was 28.

Lars Mittank In A Viral Video

Instead of flying home with his friends, Mittank checked into a cheap hotel and called his mother, asking her to cancel his credit cards, sounding quite scared.

The following day, he went to the airport where the last known footage showed a young man who appeared to be in serious trouble.

The video made Lars the most famous missing person on YouTube for one simple reason: Lars looked terrified, and events leading up to this made absolutely no sense. Instead of boarding the plane, the man in a yellow shirt was caught on CCTV cameras running towards the woods.

After the video from the Varna Airport, recorded on July 8, 2014, there is no trace of Lars Mittank. Something happened between, as some suggest, a fight over soccer teams and the time of his disappearance into thin air.

Years later, his mother reminded people that Lars might have lost his memory and is no longer a fresh-faced 20 something man.

Lars Mittank's disappearance is a frustrating case, and not all information is 100 percent verified. Of course, that only makes matters worse, but for the sake of his family and friends, we should not draw conclusions but keep our minds open and discuss what is somewhat confirmed. 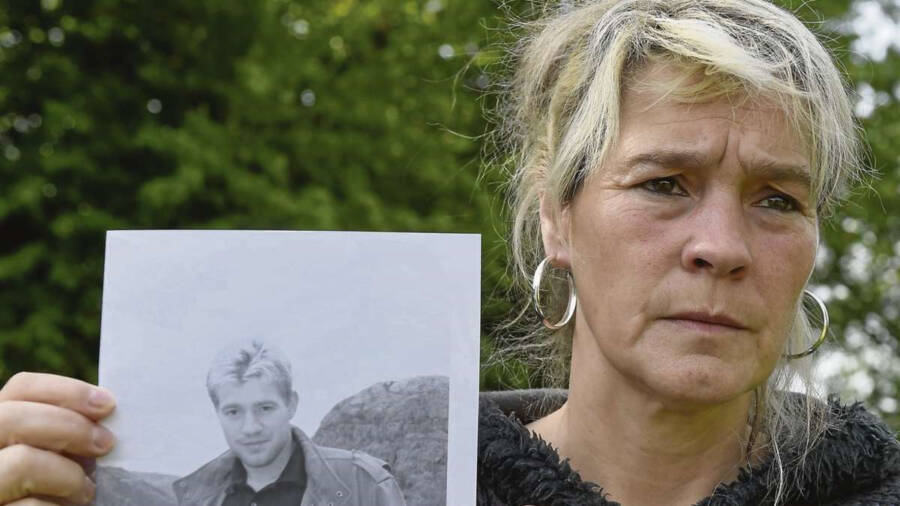 Considering the popularity of the video, people around the globe started coming up with both plausible and valid theories.

But, things got out of hand pretty quickly, and it seems that facts got lost in the sea of fiction.

We will present you with facts before we move on to some possible scenarios. They may vary since people's memories are not 100 percent accurate.

Lars Mittank was prescribed Cefuroxime 500 and advised to avoid boarding the plane as the air pressure changes would have hurt his ear while he was still in Sandy Beaches.

He checked into Hotel Color, near Varna Airport, after his friends went home to Northern Germany.

One of his friends stated that at the time of their departure, Lars seemed relaxed.

Later, after midnight, Lars texted his mom, telling her that he was being followed. His mom, Sandra Mittank, told German TV in 2014:

"I thought, god, my son is in danger. I could hear his heart pounding over the phone. He said people were trying to rob him or kill him."

Later that night, Mittank texted his mom again, asking about his antibiotic.

In his last message that night, Lars told his mother that he found a safe place. The hotel footage, allegedly, showed a young man in distress, hiding in an elevator, and going out, only to return in an hour that same night.

The following morning, Lars texted his mom that he was at the airport. The doctor at the airport described the young man as "nervous and erratic."

He was cleared to fly home.

The same doctor said that Lars started shaking once the construction worker came in and said:

The young man was seen fleeing the airport, leaving behind his backpack, money, cards, all his possessions.

Theories About Lars Mittank And His Strange Behavior 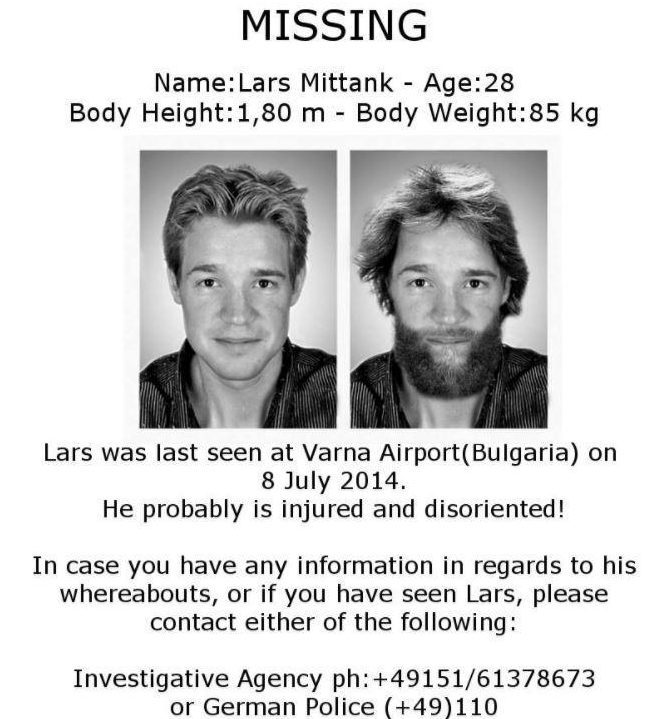 Many were quick to point out that the young man suffered a psychotic episode caused by the antibiotic.

While this is not impossible, and side effects of any medication often include somewhat erratic behavior, the side effects would wear off after a short time. Additionally, no data suggest that the young man ever filled up his prescription.

Some also suggest that Lars suffered more than an ear injury. If the young man had some brain trauma from the fight, it would explain his actions. But, wouldn't a doctor suggest further analysis not simply claim Lars had a ruptured eardrum?

Another theory is that Lars Mittank had a manic or psychotic episode as a sign of severe mental health issues. This theory, though strange, makes more sense than any other. At least when it comes to not including any foul play or criminal activities.

Could it be that Lars wanted to start over? Highly unlikely, since he was talking to his mom all the time during his trip, and despite leaving him, his friends offered to stay, so overall, it seemed that Lars had a good life.

Now, things may have been more sinister in the case of the disappearance of Lars Mittank. Again, these are theories, and nothing suggests they are truthful, but these are based on what we learned in the past years, which is not much.

Was Mittank involved in some drug-related crimes that no one knew about? It is possible, but it doesn't explain why he would drop his money and ID, passport, among other things.

Another theory is that Lars was a victim of human trafficking. It is a theory, and it is our reality, but again, there is no proof.

While talking to his mom, Lars said that four men wanted were after him. All things point out to either him being in trouble with someone who was in the same area at the time or an episode of on-set mental disease.

Reports About Lars Mittank Led To Finding Another Missing Person 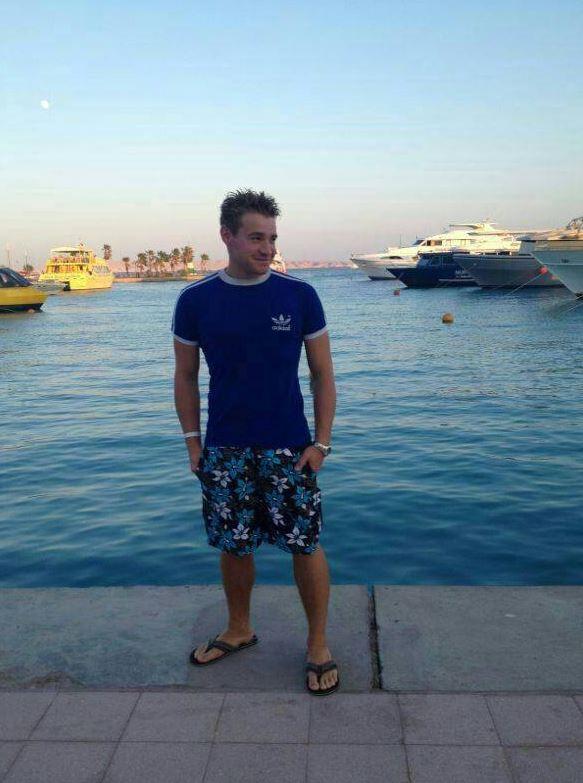 There have been numerous alleged sightseeings of Lars. One of them happened in Brazil, and though it was not Lars, it was a Canadian man who has been missing for five years.

Various people reported seeing Lars Mittank over the years - some of them were genuine in their efforts, while others wanted a piece of attention.

The reconstruction of Lars Mittank's case gave further information about his whereabouts but nothing that would bring him home.

While Lars appeared as his usual self during his stay in Bulgaria, in Viva Club Hotel, he disappeared for hours without notifying his friends.

Lars was involved in an incident his friends saw, but the latter one is a mystery. Though he said that the same Bayern supporters attacked him, his friends didn't know what to believe.

During a cab drive to the airport, the man's pupils were dilated, which might be from drug abuse, but it could also be fear-related.

The actual footage shows Lars skipping over a fence, but people only assume he went into a nearby meadow. We really didn't know whether someone was waiting for him.

His mom bought him a plane and a bus ticket. If Lars was afraid about his ear, why not travel by bus or train?

Additionally, what happened in that hotel that turned a perfectly sane young man into a paranoid mess? Was it all in his head, or he heard or saw something he wasn't supposed to?

The more in-depth you go, the more sinister and frightening the whole story becomes. And yet, the Canadian man, Anton Pilipa, who was found thanks to Lars, proves that a missing case doesn't have to have a tragic ending.