According to one fan, the moment Lady Gaga helped out Liza Minnelli during the 2022 Oscars is worth remembering and cherishing as the "real moment of the night." The singer demonstrated "absolute kindness, advocacy, and support for Liza Minnelli."

Many people have praised Lady Gaga for what she did on March 27. At the end of the ceremony, she and Minnelli went to the stage to give the Best Picture award to Sian Heder. 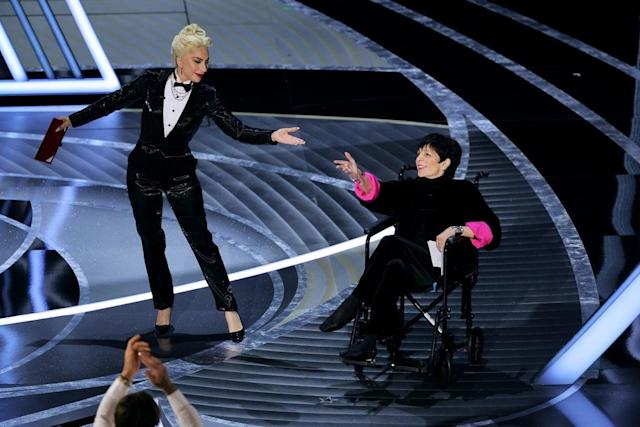 The pair got on stage to present the most important award of the night, The Academy Award for Best Picture.

Minnelli was in a wheelchair following her prolonged health problems. Lady Gaga did not hog all the attention but instead allowed Minnelli to have her moment in the spotlight by stepping back a few steps.

The audience applauded during the beautiful moment. 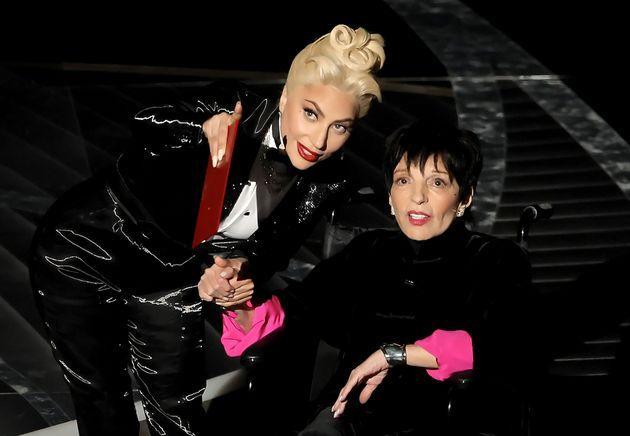 Award-winning Minnelli enjoyed the positive response she got from the audience. Due to her situation, it is pretty rare for her to appear in public.

Then Gaga told her, "You see that? The public, they love you."

Lady Gaga even stepped in to help her when she messed up while reading her lines. This proved without a doubt that the famous singer's kindness is truly boundless. 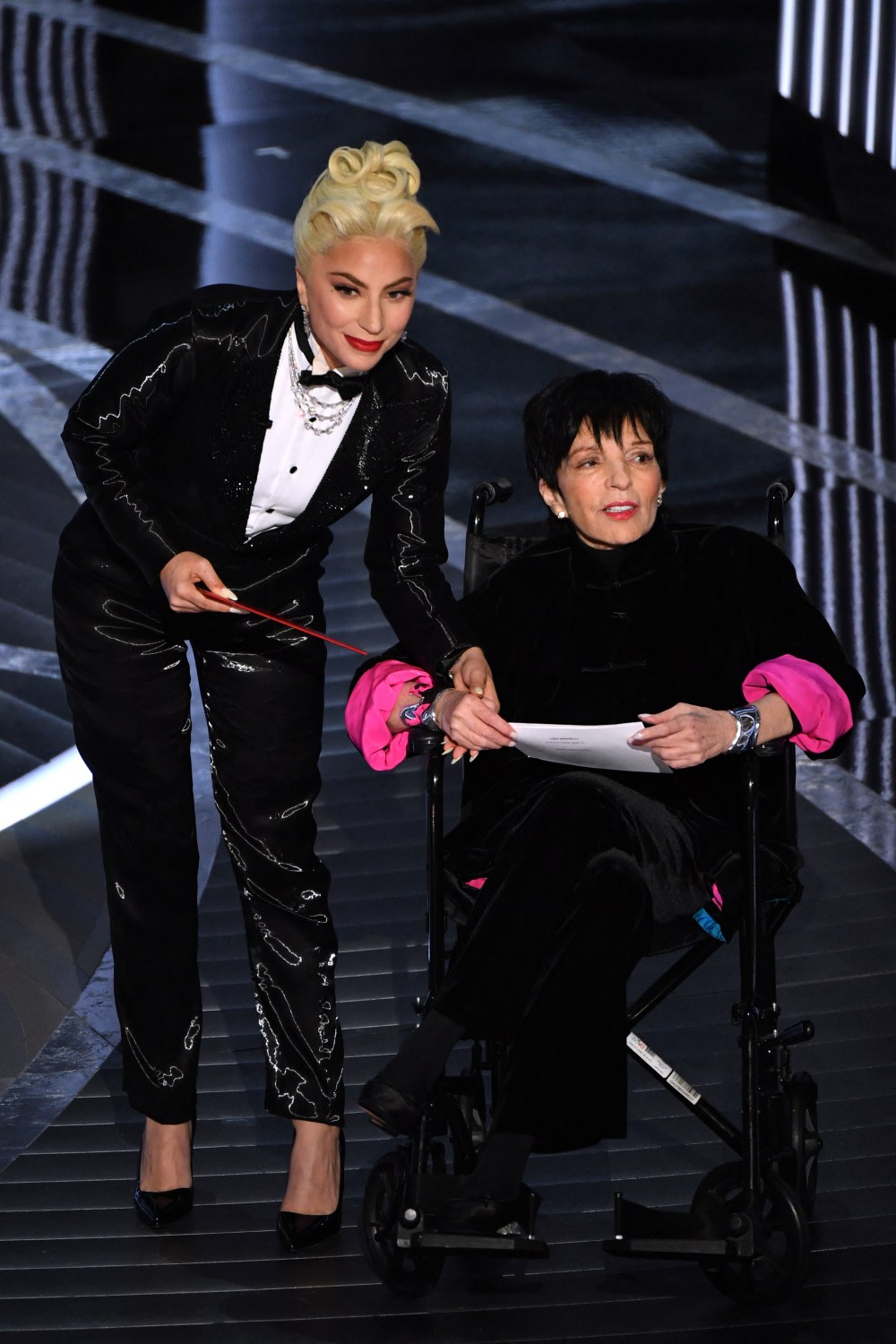 At this point, Lady Gaga quickly came to her aid. She told her, "I've got it," and then reminded the audience that Minnelli was a legend in the show business.

"Throughout the night we've seen highlights of the 10 best, you know, nominated for best picture awards." 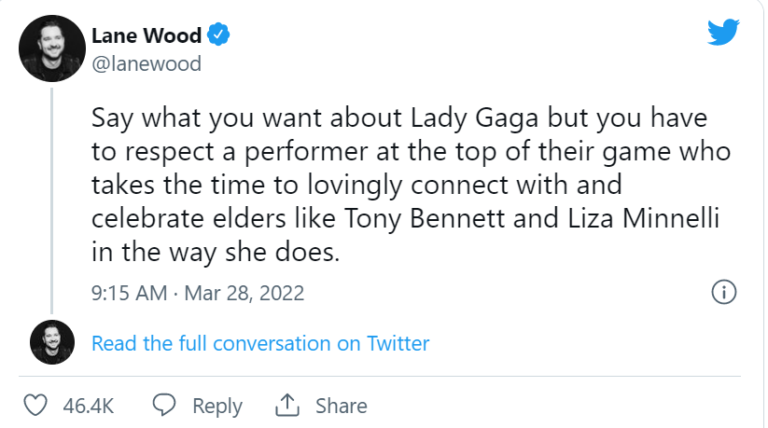 Before long, Minnelli was once more struggling with her lines, and the singer was right there to help out. She said they were just about to see the nominees for the prestigious award.

Even as the camera panned up to show the viewers those nominated to win the Oscar for Best Picture, another touching moment was recorded on their mics, which were still on.

Unfortunately, this beautiful moment was overshadowed by the shocking drama that started with Will Smith slapping Chris Rock after the comedian made a joke about Jada. 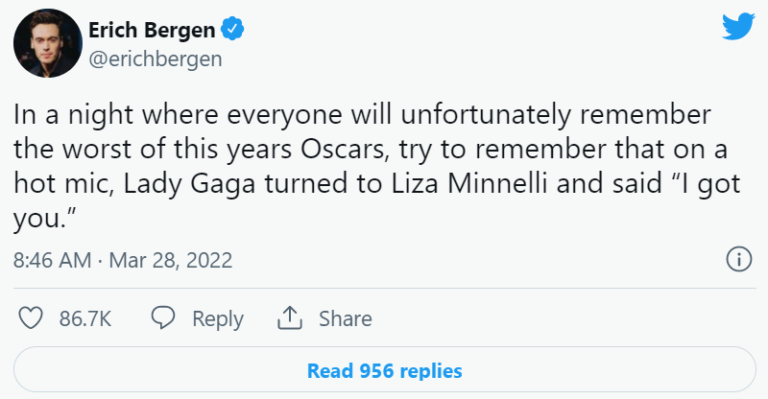 People had nothing but praises for Lady Gaga over her kindness and consideration towards Liza Minnelli on social media. Minnelli has been struggling with significant health problems over the last twenty years.

Yvette Nicole Brown, the actress of A Black Lady Sketch Show, said that the "I've got you" and "I know" conversation between Lady Gaga and Minnelli had really moved her.

A different person said that they had a lot of admiration for Lady Gaga for making legends like Tony Bennett and Liza Minnelli feel comfortable even with the poor health they were struggling with. 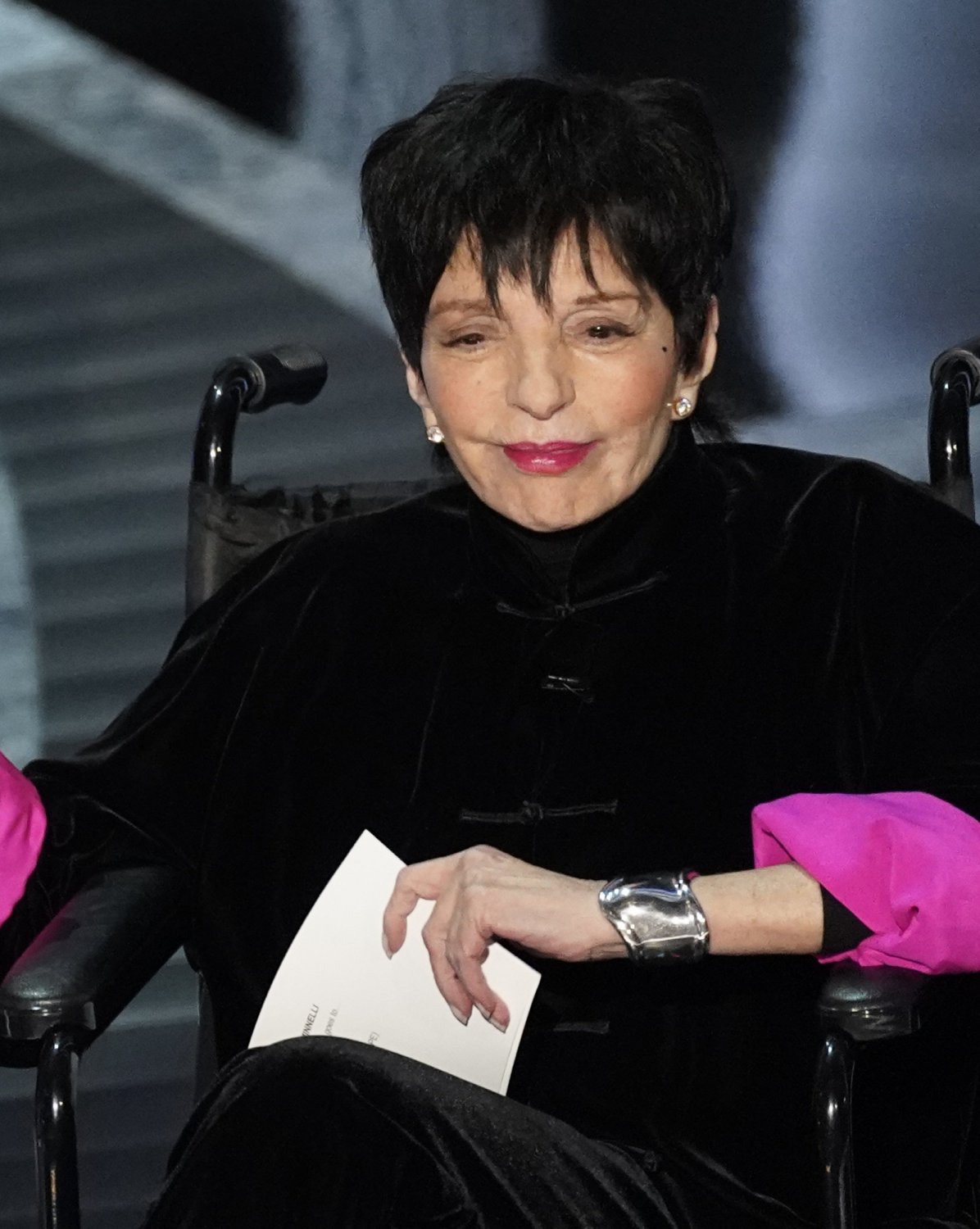 Minnelli suffered from severe viral encephalitis, a potentially fatal brain infection, 20 years ago. She was informed that she might never walk or talk again due to her condition, which led to her withdrawal from public life.

Nevertheless, she appeared at the Oscars and even went on stage to present the most important award of the night. Luckily for her, she had Lady Gaga by her side as a guardian angel to guide her through the process.