The reason tourists flock to La Popular is to see La Pascualita. This is the name of the mannequin, which the store installed on March 25, 1930, and from that day on, strange rumors circulated about it.

When La Pascualita first appeared, people were struck by how real the mannequin looked. This has made them ask if La Pascualita is only a mannequin? This question has remained unanswered for more than 90 years.

The alleged mummy first appeared wearing a gown from the spring/summer collection in the window of an elegant shop. From that first day, locals were struck by how real La Pascualita looked and her resemblance to the owner, Pascuala Esparza. Given the recent passing of her daughter, rumor had it that the mannequin was actually the well-preserved mummy of her daughter, who died just before her wedding.

Even if the owner denied these rumors, could there be any truth to it?

The Origin Of La Pacualita 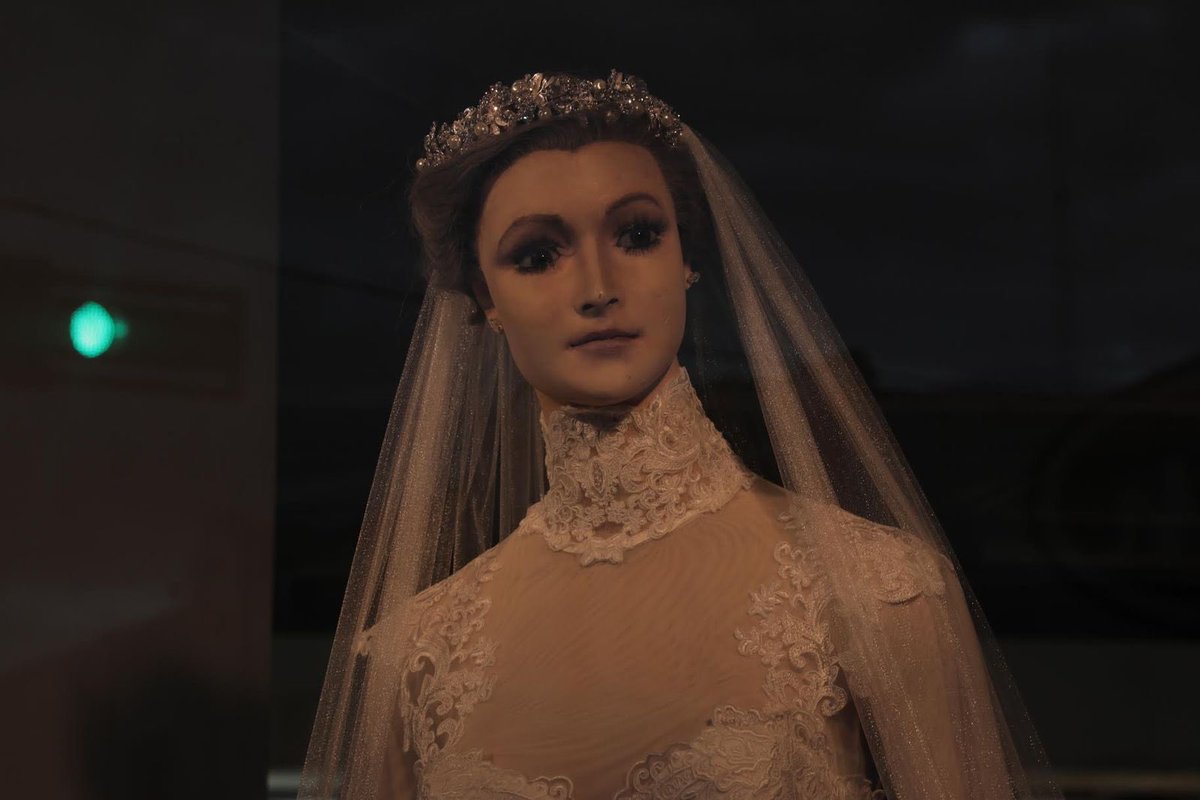 La Pascualita mannequin appeared on a sideboard of La Popular on March 25, 1930. This is a Chihuahuan wedding dress store. One version of the story says that the business owner, Pascualita Esparza Perales de Pérez, brought her from France. Another version says that the dummy was brought from France but that Ms. Esparza acquired it in Mexico City, inside a prestigious store known as El Puerto de Liverpool.

When the mannequin arrived at the boutique, rumors started that the wax bride was very lifelike. Since she arrived in La Popular, everyone stopped to look at La Pascualite and, although the owner gave her the name Chonita, the common called her La Pascualita. This was due to her resemblance to the owner of the place. In the end, that was the name that finally stuck.

A sad story, which is confirmed to be accurate, is related to the owner's daughter. She died on her wedding day, though how exactly is not known, as new versions surfaced now.

One of the stories says that the girl was in love with a taxi driver. His mother was not enthusiastic about the forthcoming marriage and killed her son. The tragic bride committed suicide by throwing herself off a cliff. This has led to more rumors that say that La Pascualita disappears when it sees a particular taxi. 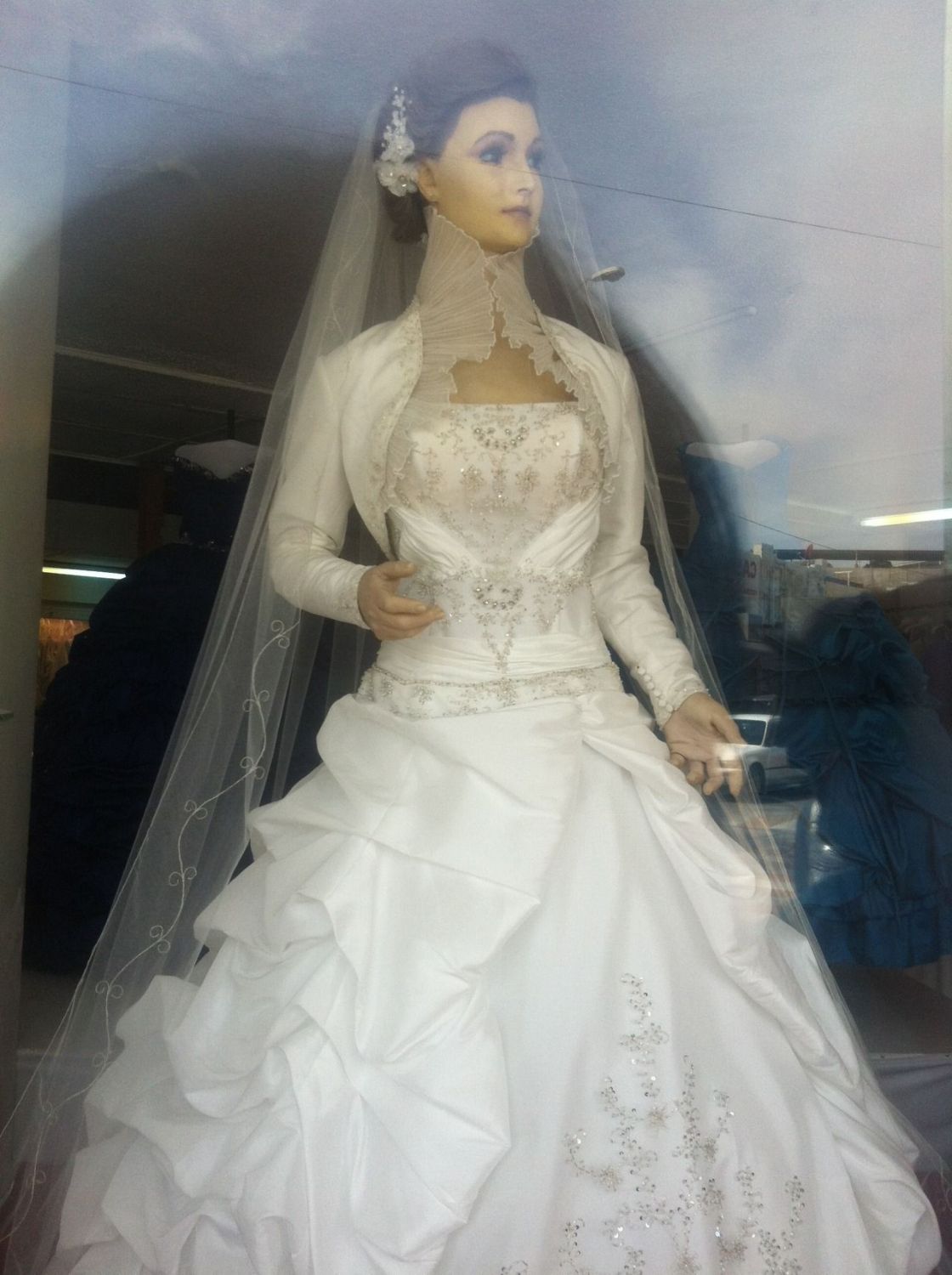 Another fantastic version says that the girl was killed at the altar by some jealous rejected lover as she was marrying another man.

However, the most famous story of the tragic fate of Ms. Esparza's daughter was that she died due to being bitten by a spider.

According to the rumors, the sudden death of the bride has struck poor parents so much that they decided to preserve the untouched beauty. This is why they embalmed the body of their daughter. They covered her with paraffin, dressed her in a wedding dress, and put her in a shop window.

This is how La Pascualita became known as the Corpse Bride of Mexico. There are a lot of horror stories that now circulate in the historic center of the city of Chihuahua.

The actual origin of the mannequin remains uncertain. It remains that the doll was either made in Mexico, or Ms. Pasquali Esparza took it from the prestigious shops of Paris' Port of Liverpool, just having fallen in love with a beautiful doll.

Is La Pacualita Only A Mannequin? 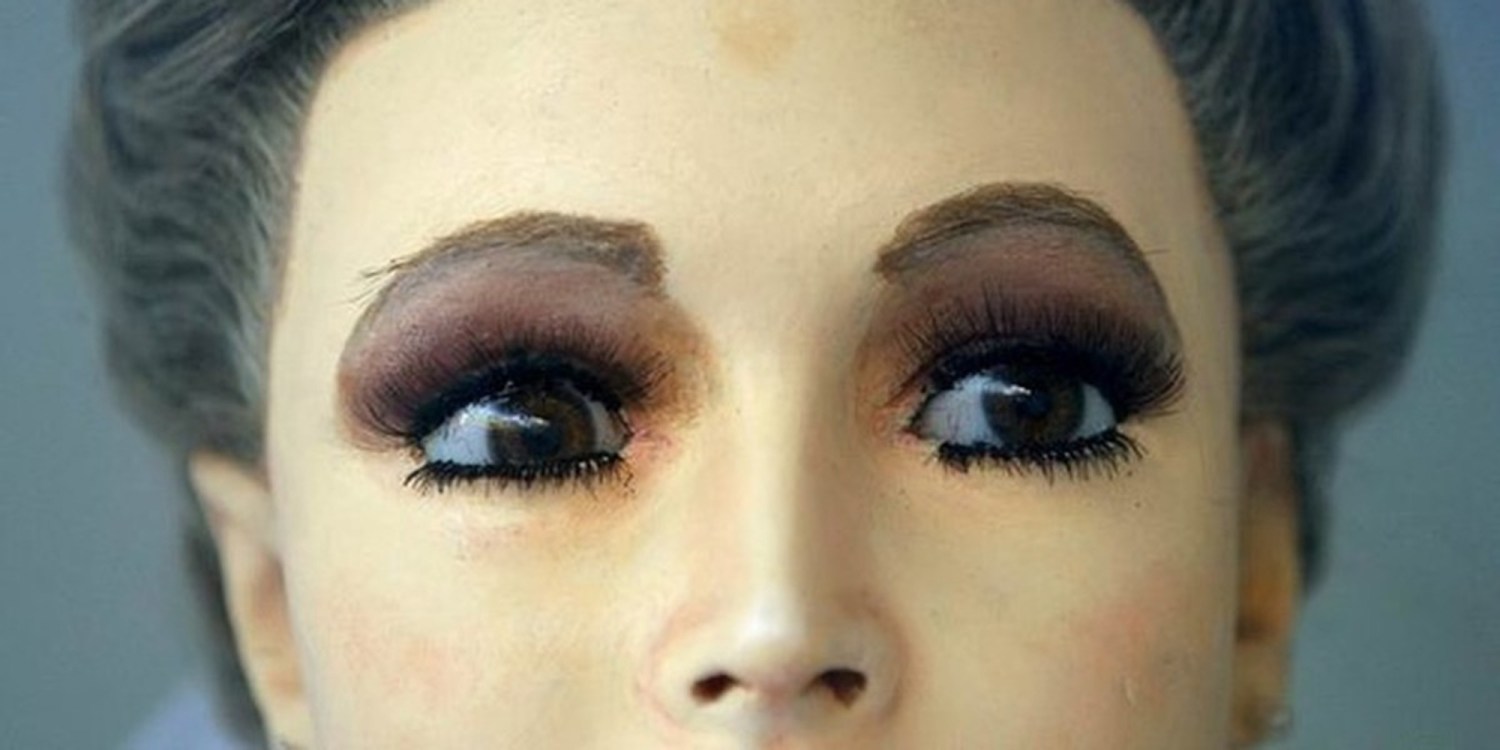 After the mysterious mannequin appeared in the window of the spot, rumors about the mannequin's magical resemblance to the store owner, Pascual Esparza, started. People did not take long to come to a conclusion that, in fact, it is the embalmed body of his recently died daughter Esparza.

Since Esparza died on her wedding day from the bite of a scorpion or a spider, depending on the source, the people were quick to jump to conclusions. This rumor caused locals to express disapproval toward the shop owner.

Even if Pascual Esparza had issued an official statement that denied the rumors about La Pascualita, it was too late. No one believed the owner of the wedding shop. The name given to the mannequin initially was forgotten, and only the name of La Pascualita remained.

Impressionable sellers and onlookers continued spreading terrible rumors and legends that La Pascualita was able to move eyes. Apparently, if you come close, she stares at you, no matter where you are, within her field of view, or not. Sometimes, she cries real tears at night and at a certain time of the year around religious holidays. Terrified owners changed her dress every two weeks behind closed curtains.

People also said that a store owner brought this mannequin from France, and it was realistic, considering the time of manufacture. La Pascualita has human hair and eyelashes, detailed wrinkles on the skin, fingers, and nails, which all looked highly realistic. It is said that even varicose veins can be seen on her legs. 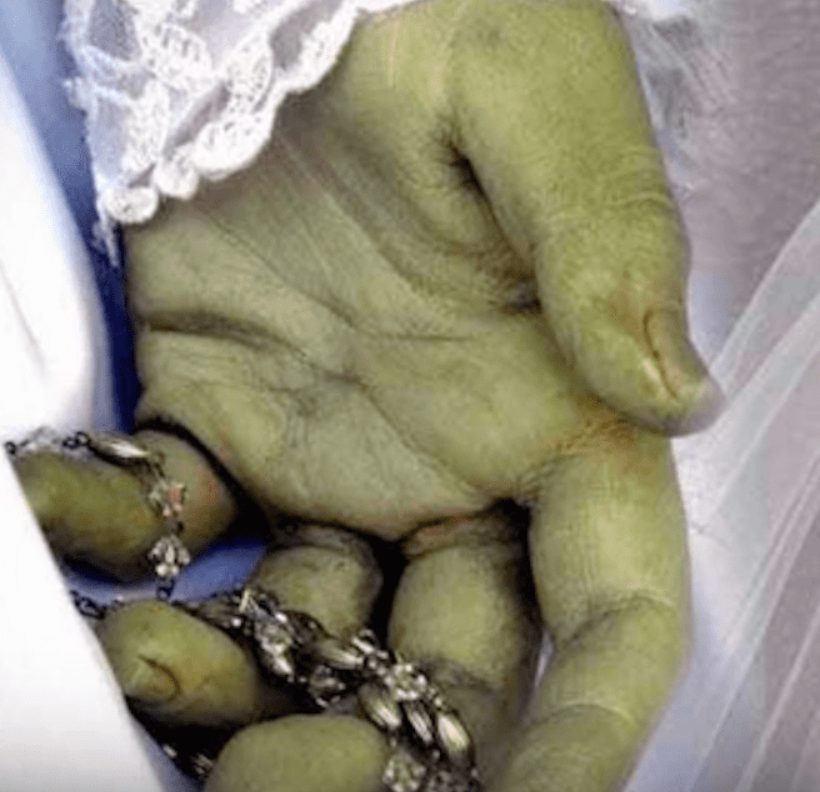 Nothing can stop the rumors about the embalmed body in the shop window to this day. Some passers-by are afraid to look into the eyes of La Pascualita. They insist that a ghost is watching through them. These fears only heightened after the death of the owner in 1967.

Now, many citizens and tourists believe that her spirit moved into the favorite mannequin, and the owner is still present in the shop, scaring others.

Some Say That La Pascualita Comes To Life 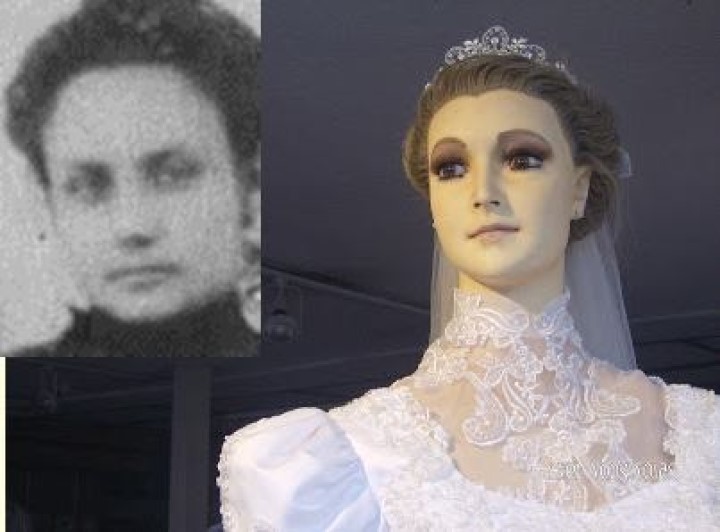 Due to her incredibly detailed face, complete with wide-set eyes and thick, voluminous lashes, real hair, and blushed cheeks, she seems very real. As her hands have been crafted with intricate detail and her legs even have varicose veins. All of these features are not typical of the mannequins that were made at the time.

Over the years, additional rumors circulated about La Pascualita. There was one about a French magician visiting La Pascualita at night. Apparently, he would make her come to life before taking her around the town. 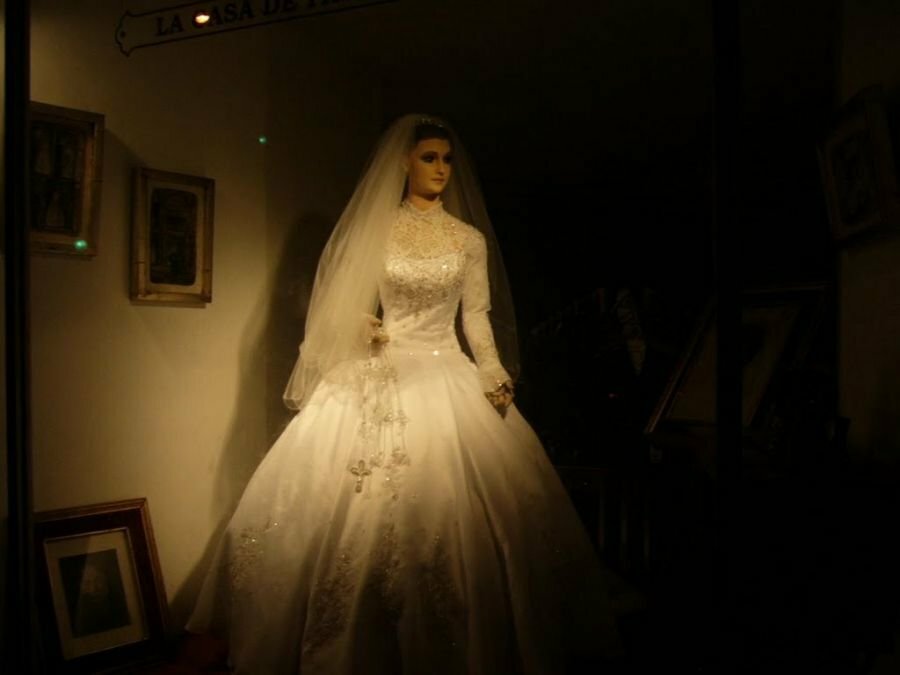 Many people likely feel unnerved by La Pascualita's presence because of the very realistic appearance. Some state that her eyes follow customers around the store as they browse the bridal wear. Others claim to have turned around and seen the mannequin in a different position than before.

A couple of former store employees were spooked out by La Pascualita, including Sonia Burciaga, who said:

"Every time I go near Pascualita my hands break out in a sweat. Her hands are very realistic, and she even has varicose veins on her legs. I believe she's a real person."

Whether these accounts are real or made up, it is sure that the mystery behind La Pascualita will surely last a lot longer.