On Friday 19, Kyle Rittenhouse was found innocent of all the charges he was facing for shooting two men dead and injuring another during last year's chaos in Kenosha, Wisconsin.

The 18-year-old defendant cried and collapsed into his seat on hearing the favorable jury verdict. The emotional Kyle then hugged his lawyer before he was taken out of the courtroom by a sheriff's deputy.

At the time he committed the crimes, Kyle Rittenhouse was just 17. He had carried his semi-automatic gun and a medical kit to Kenosha during the anti-police protests last year.

Kyle claims to have done this as a way to protect businesses after riots broke out following the shooting of Jacob Blake by the police. Blake, an African-American man, was left paralyzed from the waist down after the police shot him.

Kyle's trial was closely followed by the public, and it left a lot of Americans wondering if he was a patriot trying to fight against lawlessness or an out-of-control vigilante. 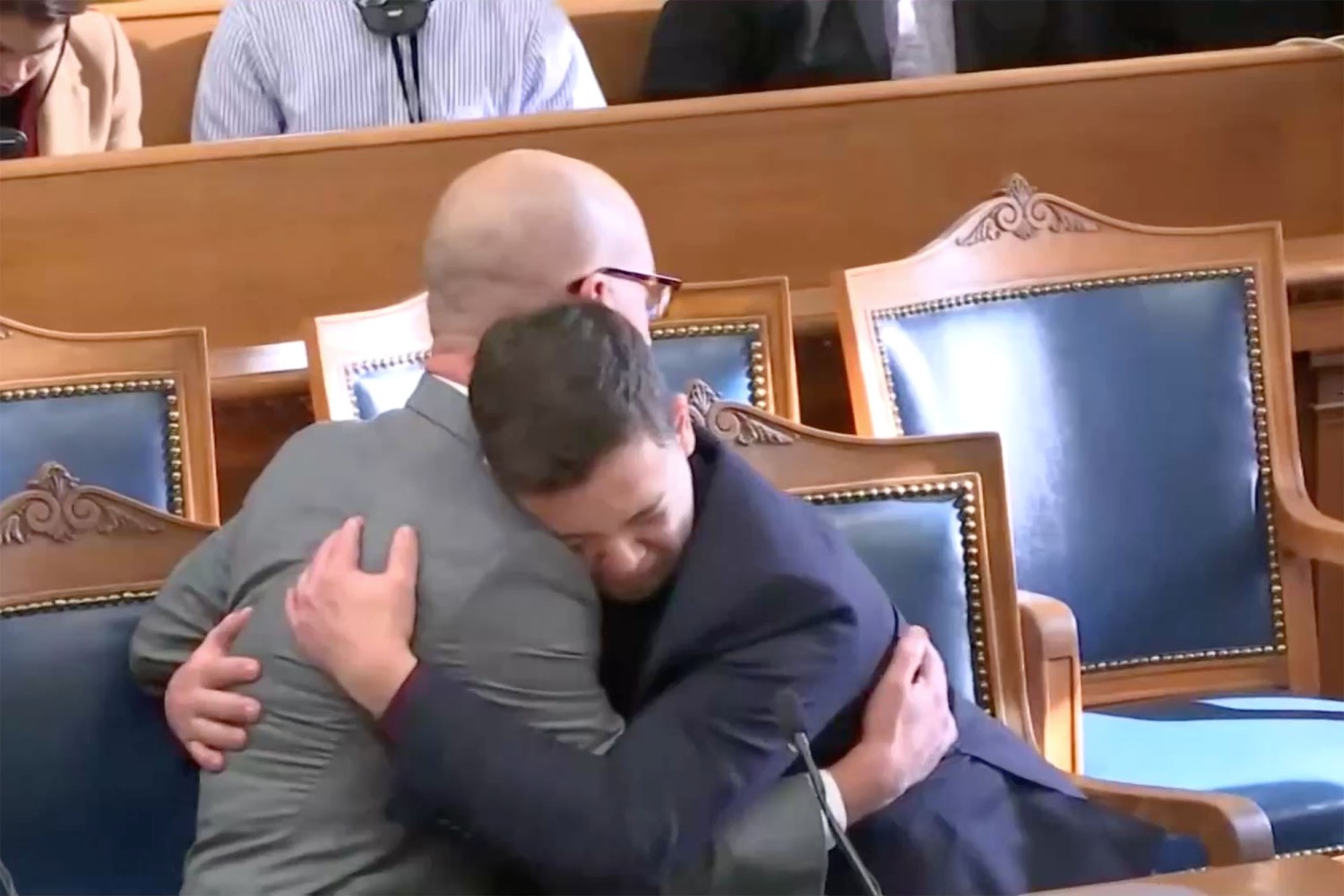 The jury took nearly three and a half days before deciding that Kyle Rittenhouse was not guilty of the charges leveled against him. Following the ruling, Anthony Huber's parents claimed to have been "heartbroken" and "angry" that the person who had killed their son was being freed.

In a statement, Karen Bloom and John Huber said:

"It sends the unacceptable message that armed civilians can show up in any town, incite violence and then use the danger they have created to justify shooting people in the street."

According to his parents, Huber was a "hero" who lost his life while trying to protect innocent civilians. 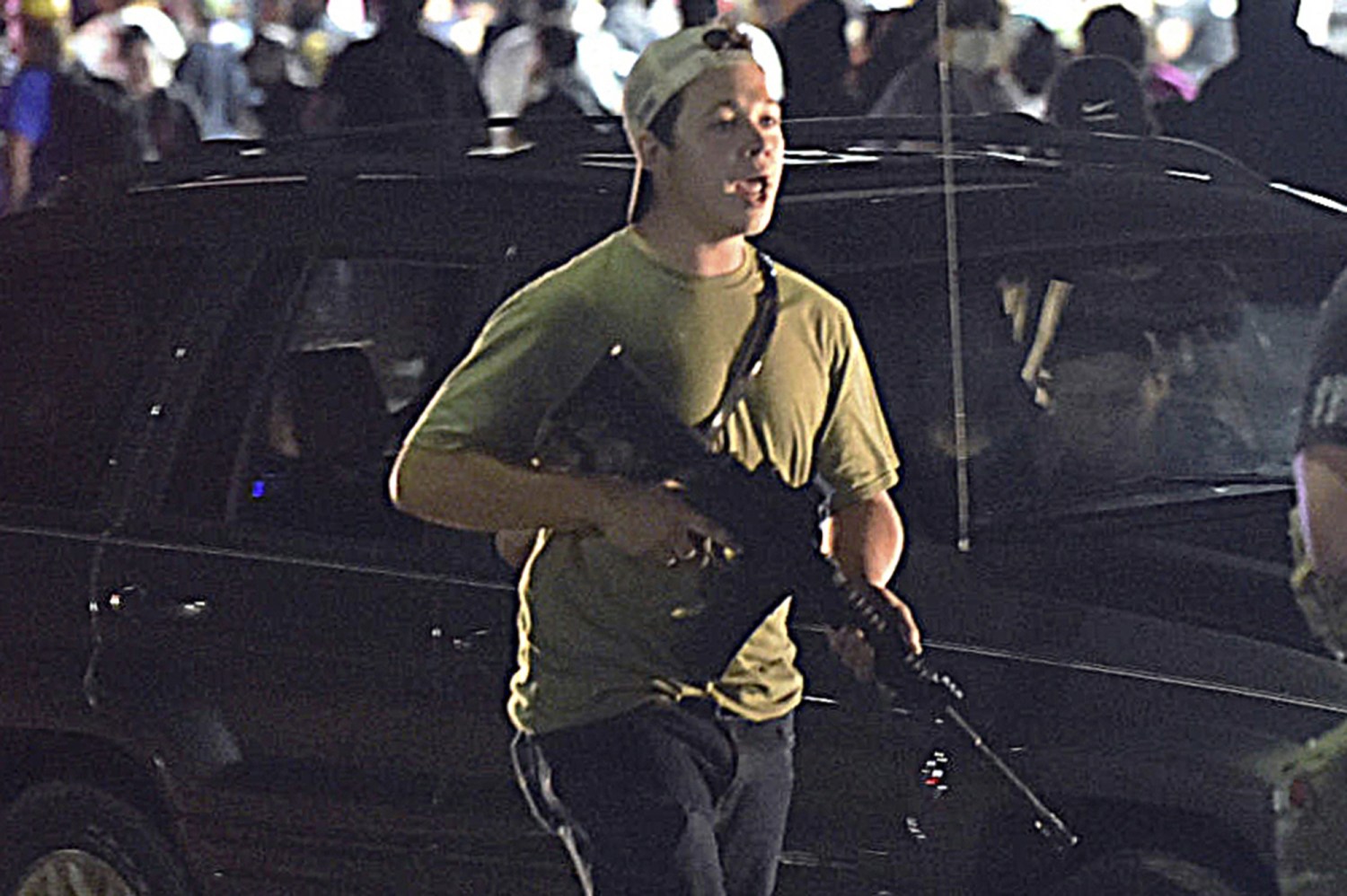 Huber's parents then clarified that the fight to have those responsible for their son's death held to account was not over despite the fact that Kyle had been found innocent. They claimed that their target was Mr. Rittenhouse and the Kenosha police, who authorized his bloody rampage.

The Judge Was Accused Of Bias 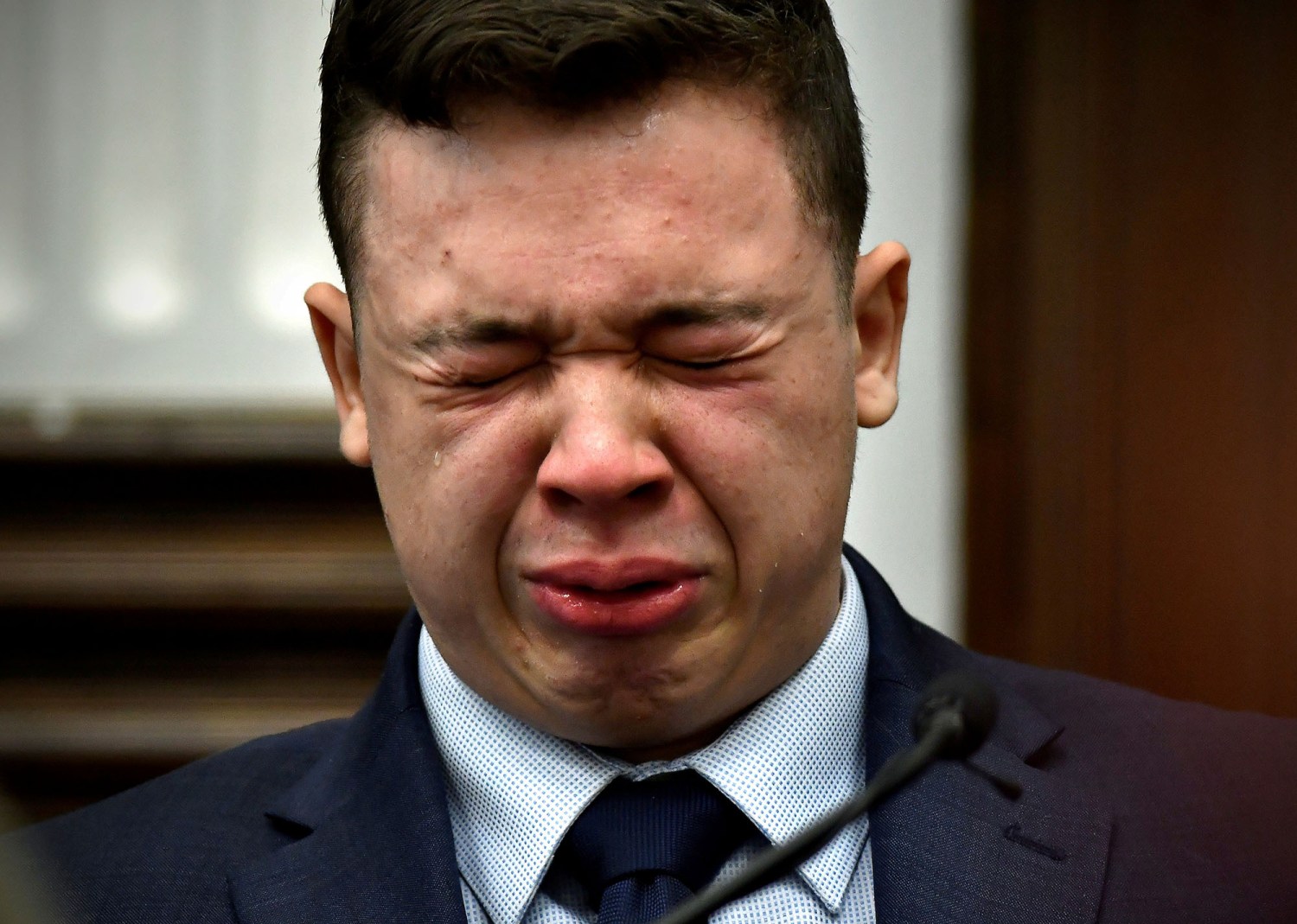 According to Blake's uncle, the judge was highly biased in the case. He claimed that the judge was determined to make sure that Kyle Rittenhouse walked out of the courthouse without any charges.

The uncle pointed out that the judge had disallowed a lot of evidence, including pictures and videos.

However, Kyle Rittenhouse's family was very pleased with the ruling. Nevertheless, although they were glad that Kyle could continue living as a free man, they took note of the fact that there were no winners in this outcome since two people had died.

The Case Is Politically Significant 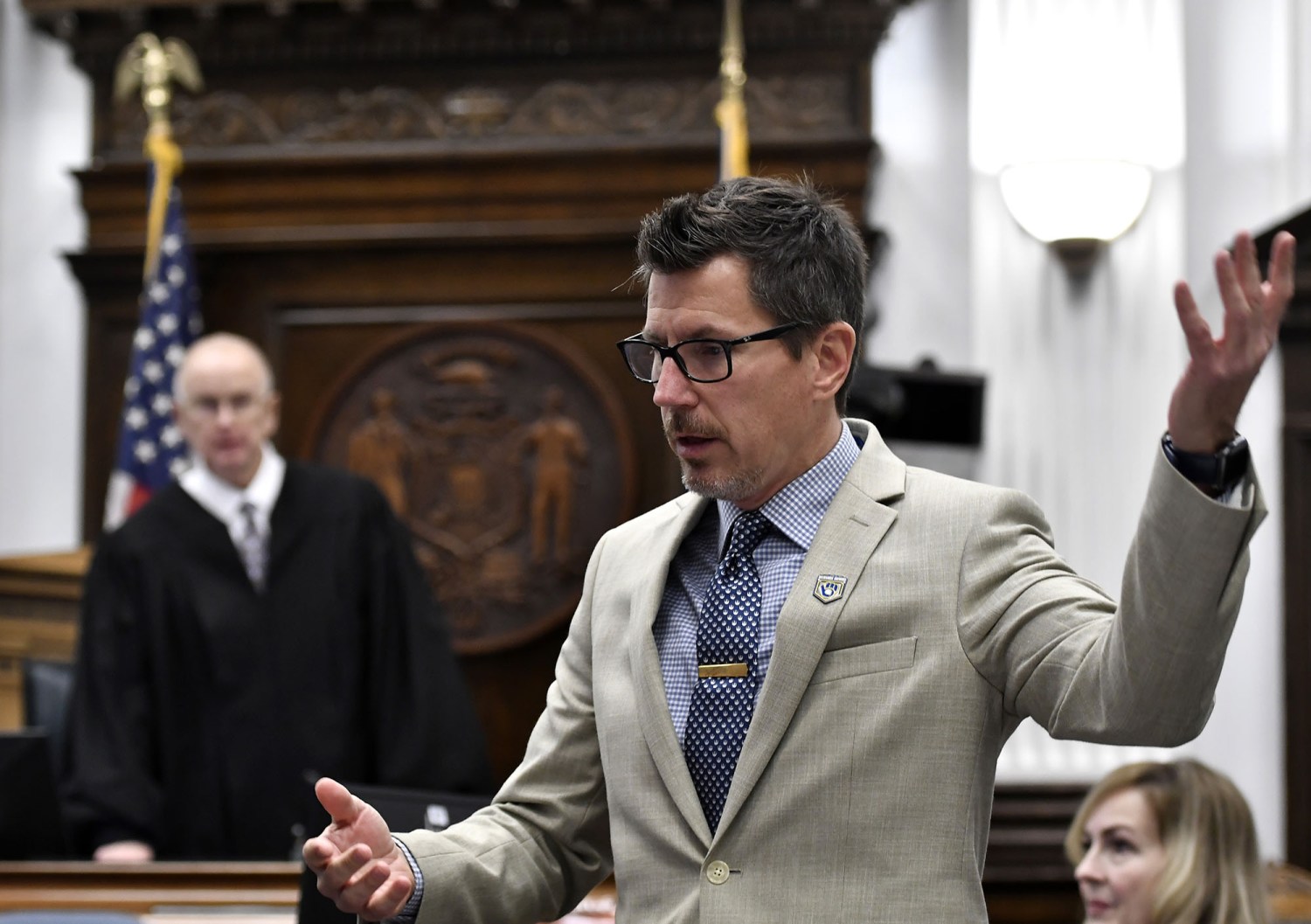 Politically, the case was also very significant, with conservative politicians expressing their satisfaction with the ruling even as the left criticized it.

Wisconsin Gov. Scott Walker said that this ruling was expected after what actually took place in Kenosha and claimed to be happy that the jury confirmed this fact. 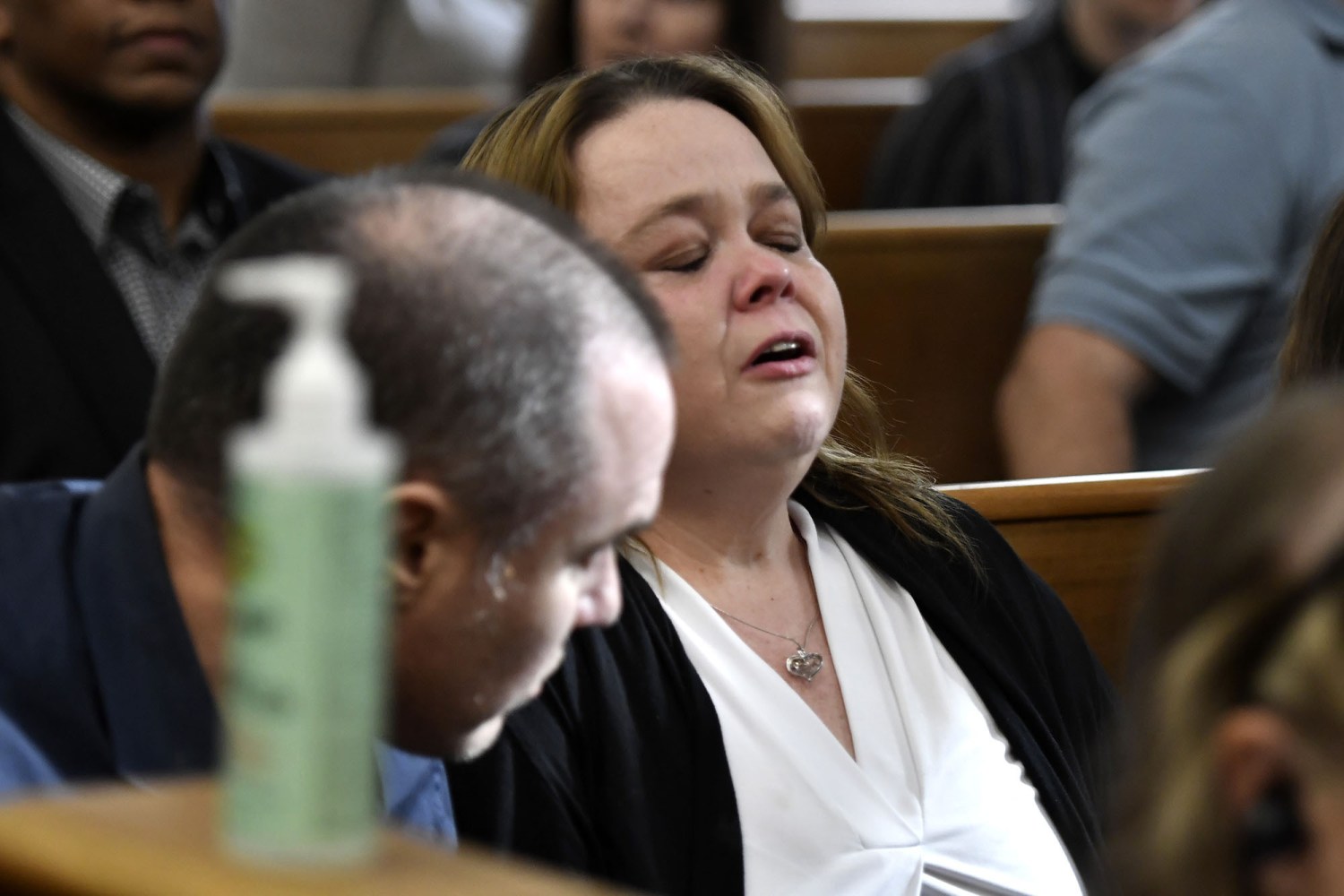 After the verdict, all the Kenosha prosecutor could say was: "The jury has represented our community in this trial and has spoken."

Kyle's lawyer, Mark Richards, said after the trial that the teenager was now ready to forget about the entire ordeal. Richards explained that Kyle was relieved and that the 'not guilty' verdict given to him by the jury was very important to him.

The Judge Cautioned Against Any Reactions To The Verdict 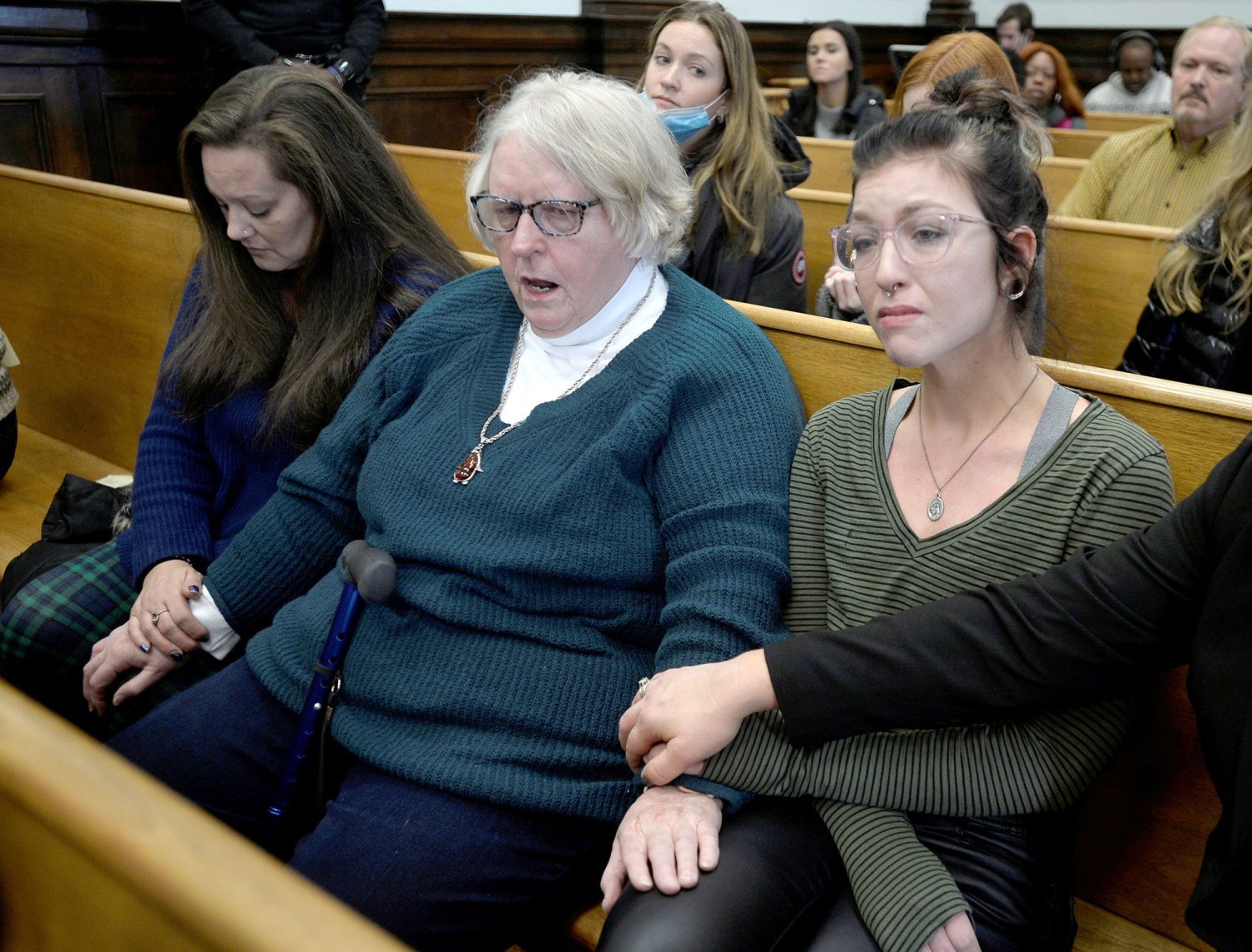 Judge Bruce Schroeder warned those in court that there "can't be any reaction at all" once the jury's decision had been announced. He noted that many people had powerful feelings about the case, but he insisted that reactions would not be allowed.

After reading the jury's verdict, the judge had a few positive words for the jury. He claimed that "he couldn't have asked for a better jury to work with."

Judge Bruce Schroeder also promised that every step would be taken to ensure that members of the jury would be safe after the end of the case. 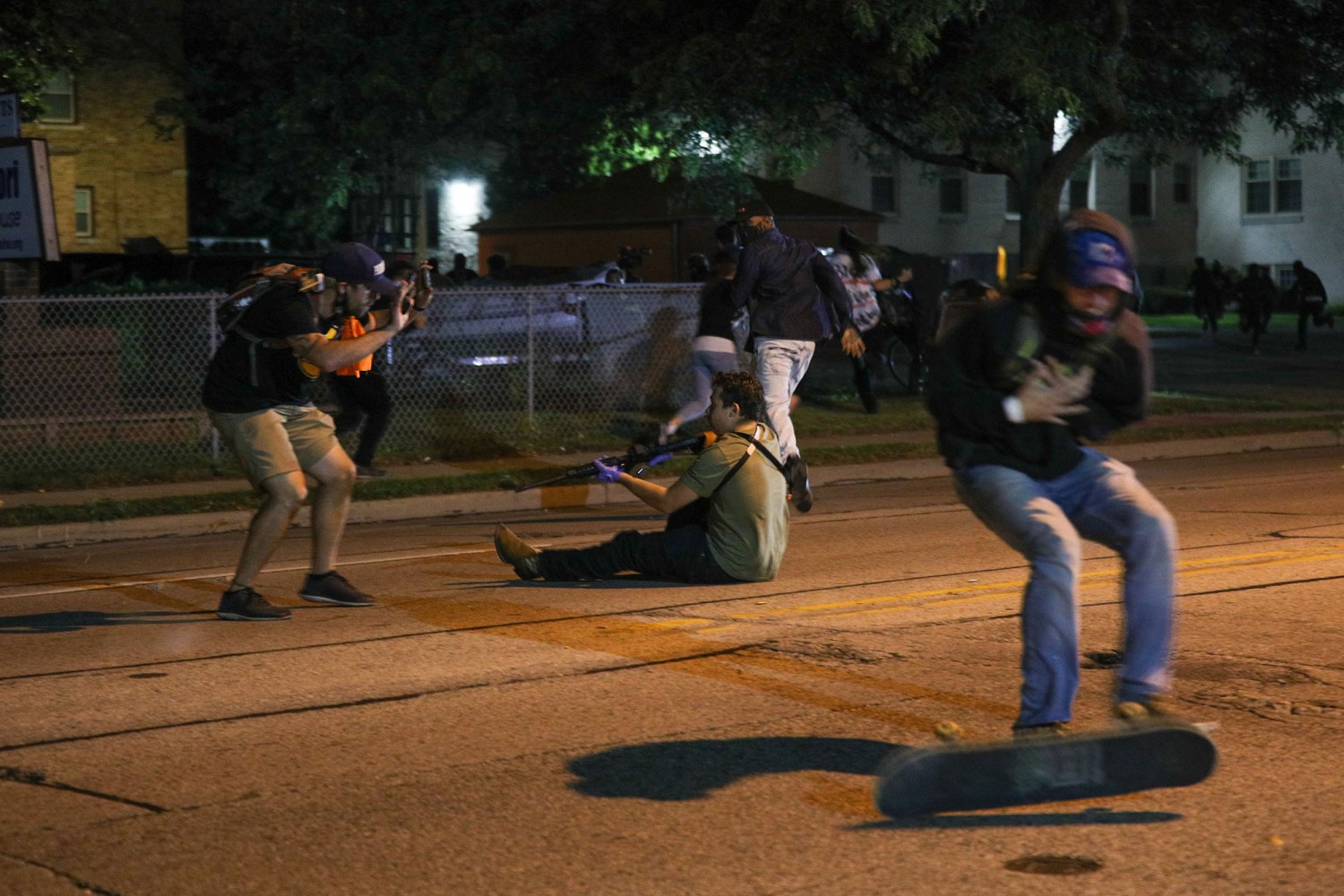 As soon as the verdict was read, the jury was quickly taken out of the courthouse. They were not given any chance to speak to the media.

The lawyers representing Joseph Rosenbaum's estate called for peace after Kyle was acquitted. They insisted that what was necessary at the time was justice and not more violence.

The lawyers, Kimberley Motley and Milo Schwab went on to explain that the verdict represented a delay in justice, but it did not mean there would be no justice in the end. 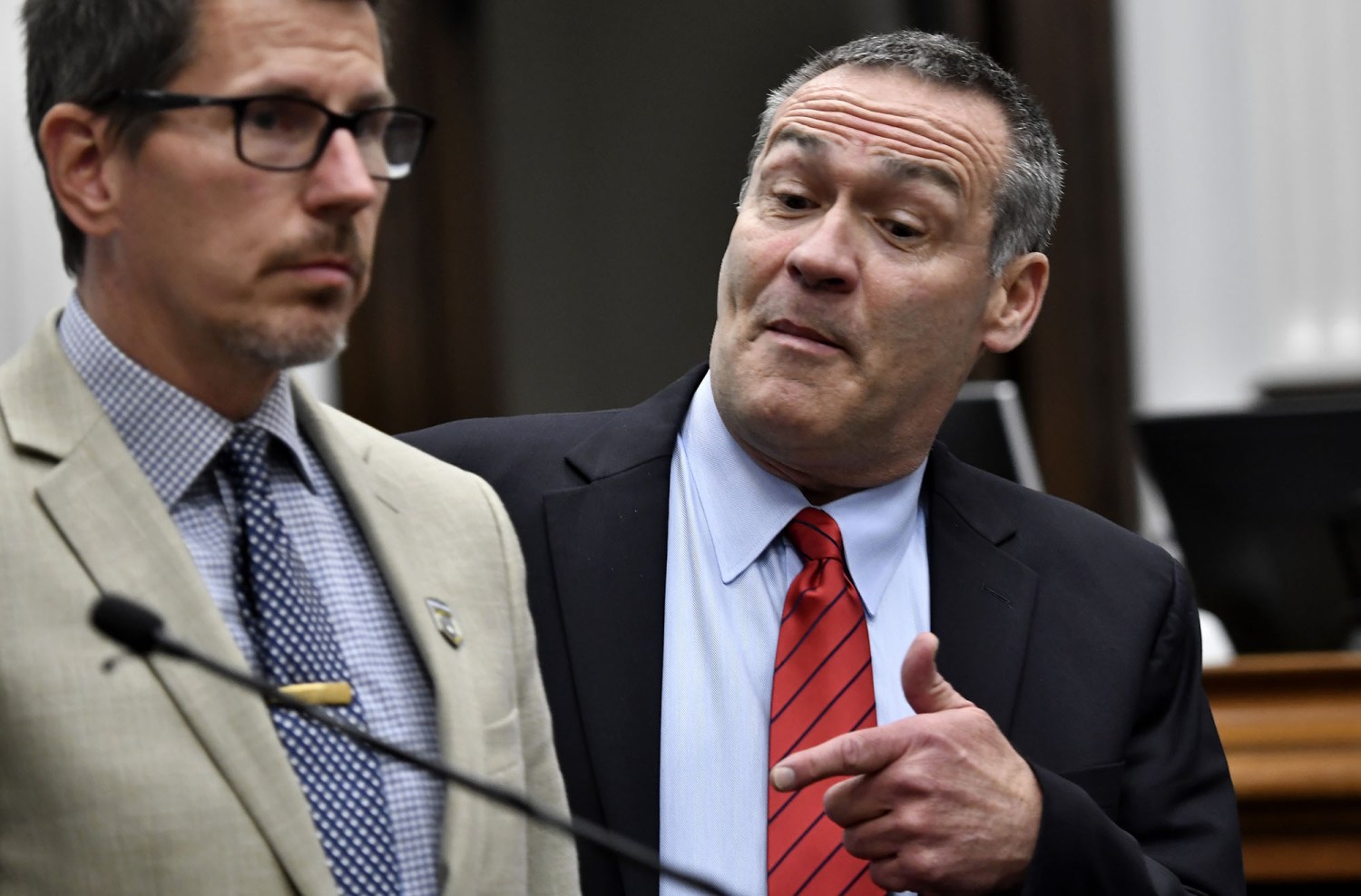 Rosenbaum's lawyers claimed that they were committed to finding out the truth about what happened on the night the two men were killed and another was injured in order to hold those responsible accountable.

If Kyle had not been acquitted, he would be facing life in prison for first-degree murder over Huber's death. 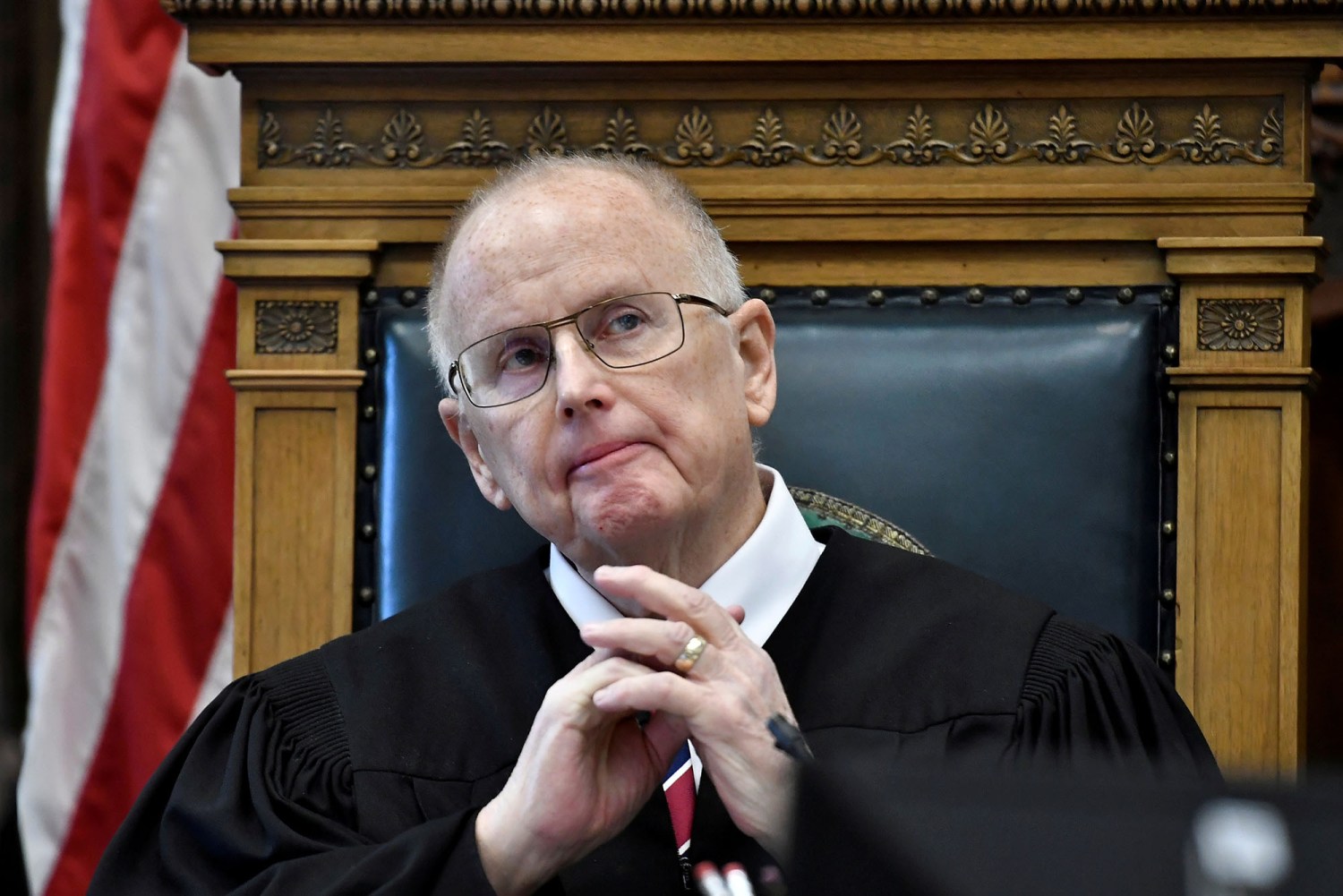 Before the verdict was read, tensions were high. During the jury deliberations, there were protests outside the courthouse.

Governor Tony Evers also got National Guard troops ready in case of any possible violence after the verdict.

The jury was told that Kyle shot Rosenbaum after an initial confrontation. A few moments later, he also shot Huber dead and then wounded Grosskreutz.

Kyle's Defense Said He Shot His Victims In Self-Defense 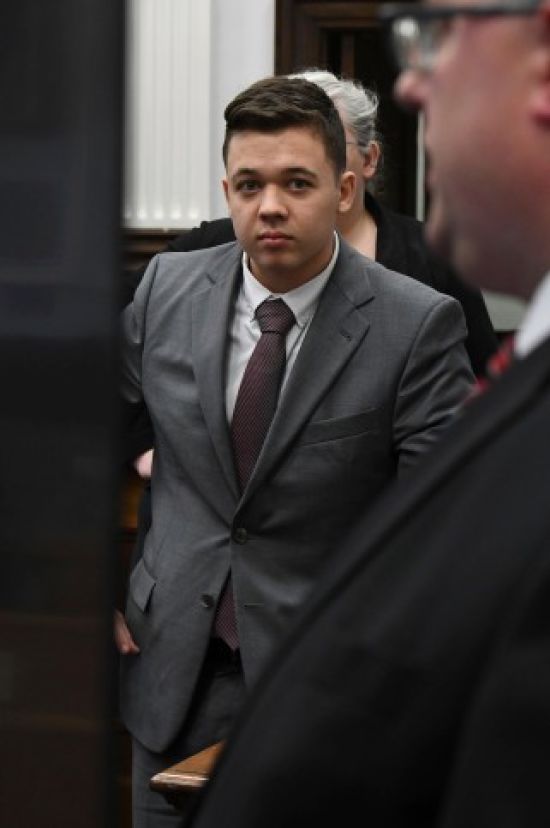 According to his lawyers, Kyle acted in self-defense and therefore only shot at those who provoked him:

However, based on what prosecutors had to say about Kyle, the young man instigated the bloodshed because he "provoked everything" by taking his rifle to the protests before shooting at his victims and walking away without any regard for the horrible things he had done.

According to the Assistant District Attorney, Thomas Binger:

While testifying in his own defense, Kyle broke down into tears. He claimed that he heard a gunshot behind him as Rosenbaum was chasing him through the street:

"I did what I had to do to stop the person who was attacking me by killing them."

When he was being cross-examined, he told the jury that his intention was not to kill his victims but to stop them because they were attacking him. He went on to claim that Rosenbaum had cornered him and had already put his hand on the barrel of his rifle and that Huber had hit him with a skateboard while Grosskreutz tried to go after him with a gun. 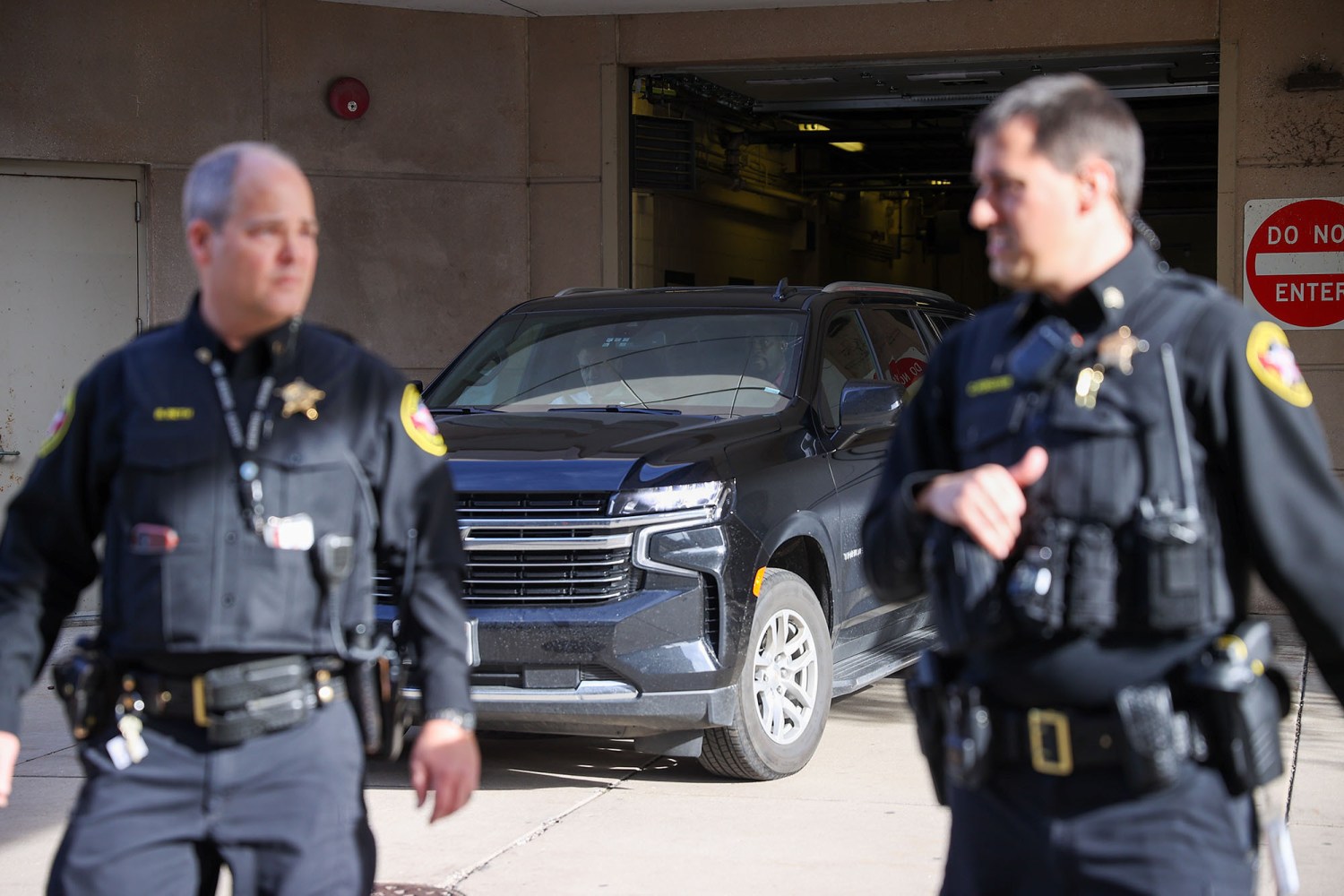 Grosskreutz was the only one to survive among all Kyle's victims. He claimed that he was unintentionally pointing his gun at Kyle when the teenager shot him.

Grosskreutz explained that he thought Kyle was an active shooter after seeing him shoot a man at close range.

The prosecution and the defense had many heated exchanges throughout the trial. At one point, the judge claimed that the state was acting in bad faith due to their line of questioning after Kyle took the stand.

The defense team even asked that the judge declare a mistrial and keep the defendant from being tried again due to the inappropriate questions the chief prosecutor was asking him. 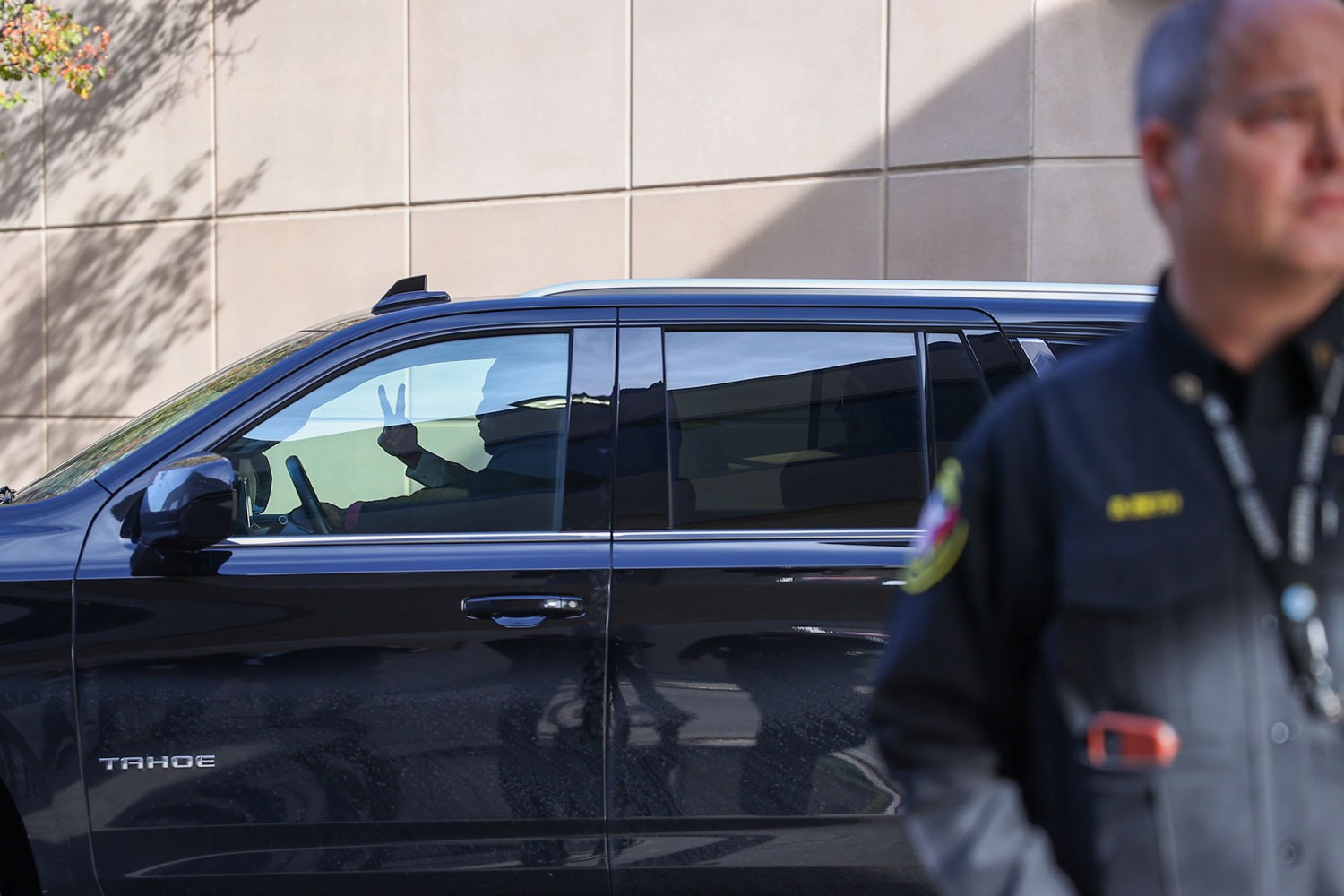 Mandela Barnes, Wisconsin Lt. Gov. and a black Democratic candidate for the US Senate, was shocked by the ruling. He lamented that the "innocence of Kyle Rittenhouse was virtually demanded by the judge."

In the first charge, Kyle was accused of committing first-degree reckless homicide after killing Rosenbaum, and a guilty verdict would have come with a 60-year prison sentence.

The second charge Kyle faced was first-degree reckless endangering of Richie McGinniss in the line of fire while shooting Rosenbaum, which would have come with a 12 1/2 year prison sentence.

The third charge was first-degree reckless endangering of safety after firing twice at an unknown man and missing, which would carry a prison sentence of 12 1/2 years.

The fourth charge Kyle faced was that of first-degree intentional homicide for killing Huber, which was the most serious charge the teenager was facing as it carries a mandatory life sentence. However, the judge allowed the jurors to consider it a less serious reckless-homicide charge.

In the final charge, Kyle Rittenhouse was facing first-degree intentional homicide over the shooting of Grosskreutz in the arm just a few seconds after shooting Huber. For this charge, Kyle could have spent 60 years in prison but the judge allowed the jury to consider lesser charges.

In the end, Kyle was acquitted of all these charges.