The end of every life is always sad, but suicides are always followed with quite a bit of controversy. When a famous person commits suicide, the media will certainly put it on the front page. While difficult for the family of the deceased, human beings were always fascinated by death, and sadly, suicides make for a good story.

Even though more than 27 years have passed since the suicide of one of the biggest punk-rock legends, Kurt Cobain, his suicide is still a widely discussed topic. It is no secret that Kurt Cobain led a troubled life since his early teens and that his unhealthy habits ultimately led to his demise. However, fans all over the world are still very dedicated to this grunge trend-setter.

When the first Kurt Cobain suicide photos were released, they sprung much controversy among his fans and his family members – daughter and wife. While very emotional and heartbreaking, the photos were also kept private due to their nature. The decision of the police to release them to the public was questioned at the time, but it didn't stop more suicide photos from resurfacing.

Today, more than 20 Kurt Cobain suicide photos are released to the public, bringing great shock and sadness to the people who knew and loved him. They tell a story of Kurt Cobain's final moments and reveal a few things about his life that we may not have known before.

Kurt Cobain Biography – All About This Loved Rock Figure 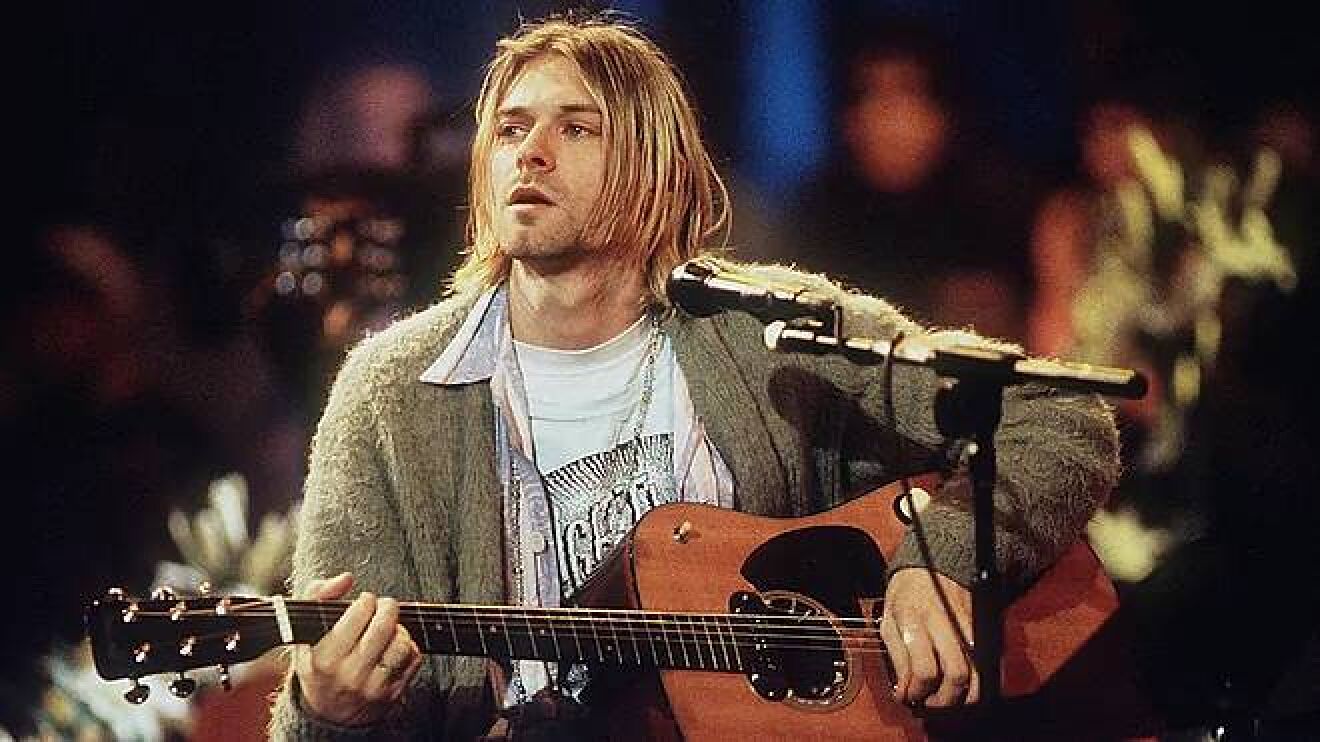 Everyone knows the name of Kurt Cobain. Undoubtedly, he was a rock legend of the 1990s. If not for his music, then definitely for his troubled life.

Born on February 20, 1967, Kurt Donald Cobain was an artistic child who had an ear for music. He lived in the small town of Aberdeen, Washington, with a younger sister. At age nine, Kurt's parents got divorced, and the siblings were separated. He went to live with his father, who eventually got remarried.

His father's new marriage put a strain on their relationship, and in the early 1980s, Cobain went to live with his mother and her boyfriend, who were back in Aberdeen. During this period, when Kurt was in high school, he demonstrated his artistic talents through his love for drawing.

Kurt Cobain's childhood was relatively happy before his parents divorced. When he was a teenager, he moved between various relatives' houses, stayed with friends' parents, and occasionally slept under bridges. At the same time, he began to use drugs and take part in petty vandalism as a form of teenage rebellion. After that event, Kurt was frequently troubled and angry, and his emotional pain became a subject of much of his later music.

In the early 1980s, Kurt Cobain was introduced to punk-rock music. That was when a seed was planted that would forever change his life. At the time, he discovered the Melvins, a local punk rock group, and became friends with one of its members, Buzz Osbourne.

Osbourne would be the one to expose Kurt Cobain to more punk bands. Sadly, even his love for music didn't avert Kurt from his bad habits. Throughout high school, Cobain would get deeper into the drinking and drug scene. There was also fighting with his mother and stepfather.

In the mid-1980s, Kurt began to play with members of the local sludge rock band the Melvins. They would themselves go on to earn a measure of national fame in the 1990s. Later in the 1980s, Kurt Cobain began collaborating with bassist Krist Novoselic. A local drummer named Aaron Burckhard joined them. In 1988, Kurt Cobain's musical ambitions allowed him to move forward. After their first gig, the band agreed on the name Nirvana.

Shortly after, they released their first track, Love Buzz, on a small label. The band was making headway in Seattle's musical scene. Their drummer was replaced by Chad Channing, getting them a boost in the music scene.

In 1989, Nirvana released its first album, Bleach. This album failed to make a big impression. However, what became evident from this was Cobain's songwriting skills. Their musical style would become a blend of heavy metal and punk.

The real progress in the band's carrier was made when one of their demo tapes found its way to Jonathan Poneman of the label Sub Pop. This Seattle independent record label signed the band to produce their first single and their first album. The rawness of their sound made the group a target of major record labels.

The year 1990 would become a fateful year for Kurt Cobain and the rest of Nirvana. At this time, Kurt met Courtney Love at a Portland nightclub, and the pair quickly fell in love. 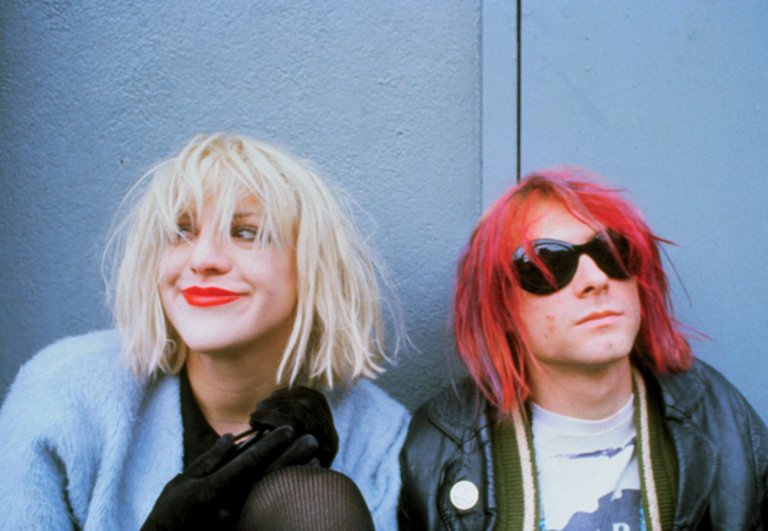 The major debut for Nirvana was in 1991, with their album Nevermind that contained the famous single Smells Like Teen Spirit. At this point, Nirvana became the first alternative rock band to achieve widespread popularity with a mainstream audience. The album catapulted Nirvana to worldwide fame, and Kurt Cobain would soon become the voice of his generation.

This was a heavy burden for the young artist, a title that he never grew to be comfortable with.

Kurt Cobain's Suicide And What Led To It 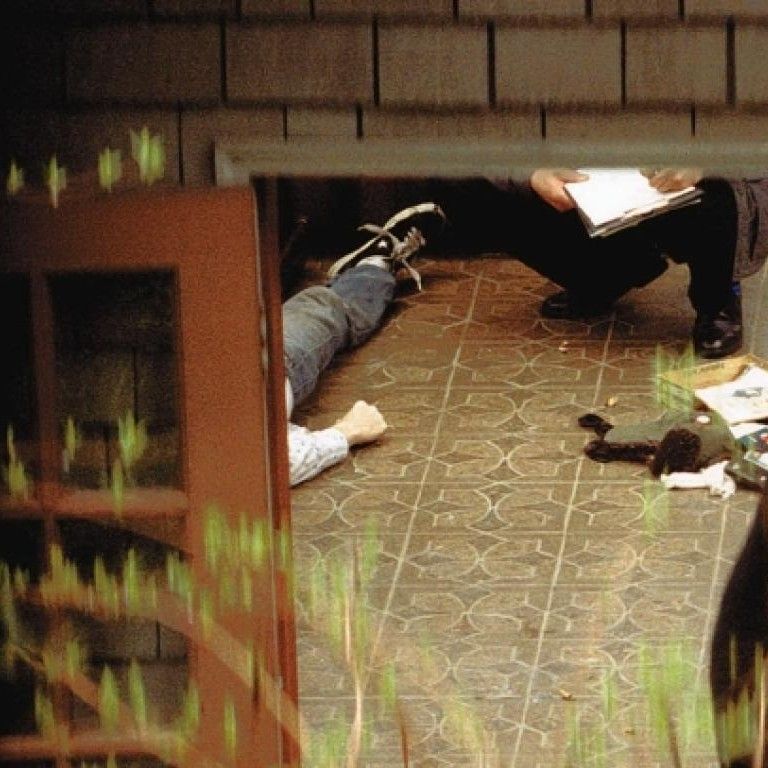 It is widely known that Kurt Cobain had a troubled adolescence that continued into his later life. Professionally he might have been at the top of the game. However, his personal struggles were difficult.

In 1993, Nirvana released their album In Utero, quickly becoming number 1 on the music charts. The lyrics were deeply personal and reflected Kurt's anger toward the recording industry, which showed in the tracks like Radio Friendly Unit Shifter. Kurt also showed his softer side with Heart-Shaped Box. This song is said to have been about Courtney Love.

In 1993, during fall, the band played on MTV's Unplugged in New York City. With their career taking off, they also toured Europe. During his stay in Europe. Kurt Cobain took time out to spend with Courtney Love and daughter Frances.

The first event that would lead to his decline happened in his hotel in Rome, Italy. Kurt Cobain purposely overdosed on drugs and fell into a coma. Courtney Love found him, and he was immediately taken to the hospital.

She was very worried about his psychological state from that point on. It would only worsen when he returned to the United States. Courtney Love never stopped worrying about him, and she even called the police on March 18, 1994. At this time, Kurt had locked himself in a closet with guns. During this event, the police determined that he was not suicidal but confiscated the medication and firearms as a safety precaution.

The series of troubling events would eventually lead to Kurt Cobain's suicide. It was a tragic event that would mark the year 1994.

Kurt Cobain was 27 when he took his own life. It happened on April 5, 1994, in the guest house behind his Seattle home. He had placed a shotgun into his mouth and fired, killing himself instantly—a gruesome and tragic way to go.

In the aftermath, a suicide note was discovered. In Kurt Cobain's suicide note, he addressed his many fans as well as his wife and young daughter. 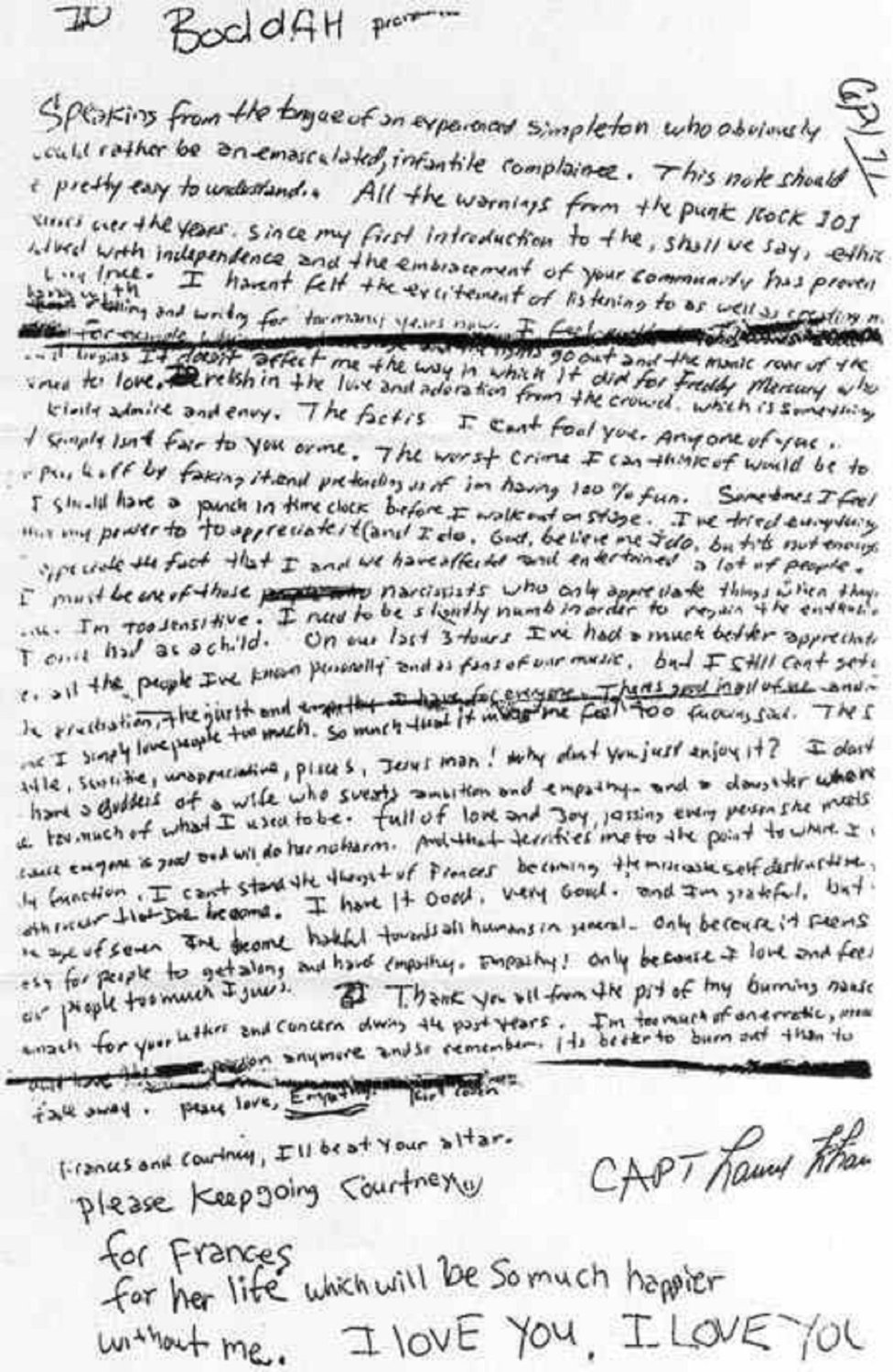 Nirvana would later release their Unplugged session, which topped album charts, and two years later, From the Muddy Banks of the Wishkah, a collection of songs that also was a commercial win for the band. This happened shortly after Kurt Cobain's suicide.

Kurt's death would lead to many conspiracies and legal battles. Battles over his music would tear apart Grohl, Novoselic, and Love. They all laid claim to the revenue that the posthumously released music accumulated. The trio finally made peace in 2002.

Three compilations were released after Kurt Cobain's death: Nirvana, With the Lights Out (2004) and Sliver: The Best of the Box (2005).

While his death was officially ruled as a suicide, conspiracy theories have circulated that Love may have had something to do with it. 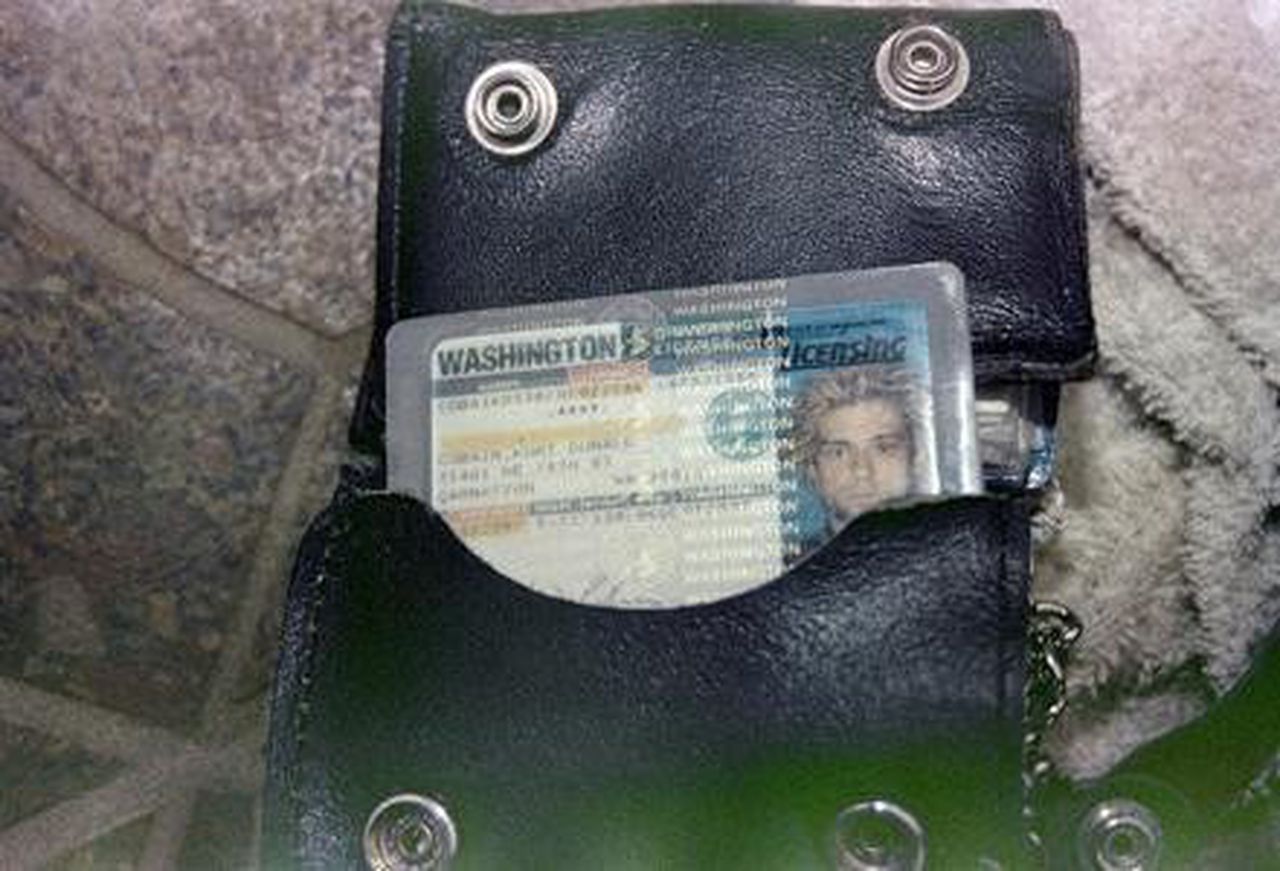 Even after more than 27 years, Kurt Cobain's suicide is still a fresh topic which resulted in many conspiracy theories. In May 2021, the FBI a 10-page file that included letters from fans urging the agency to investigate Cobain's death as a possible homicide. The FBI concluded:

This urged the Seattle Police Department to re-examine the case. The first re-examination was already done in 2014, and it sprung a cache of never-before-released Kurt Cobain suicide photos. All of them were from the 1994's death scene. The police settled, after this examination of the evidence, that Cobain's death was a suicide. 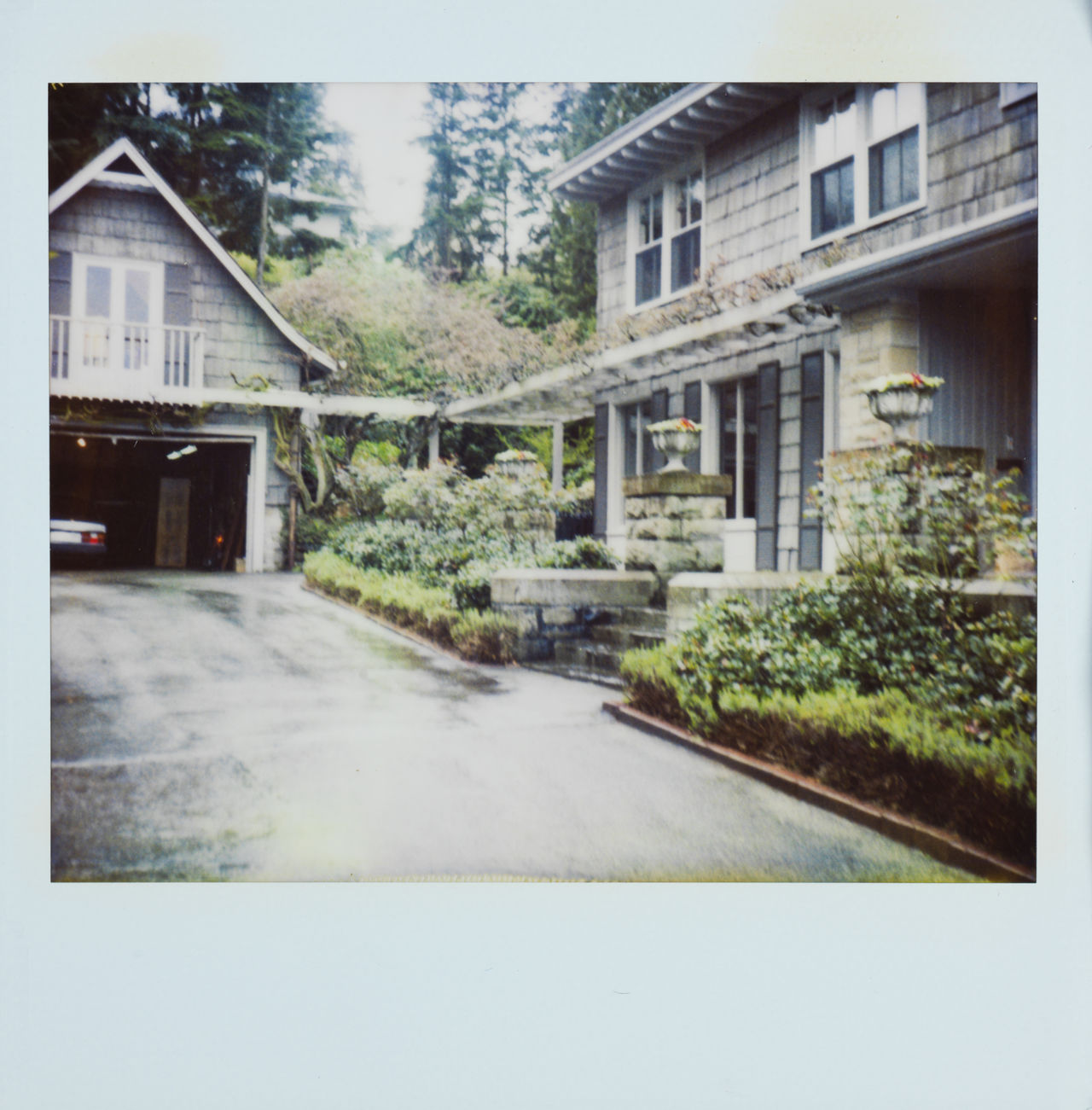 However, the Kurt Cobain suicide photos brought a lot of controversies.

The pictures have a slight green tint because of deterioration. The police said they showed the scene more clearly than the earlier Polaroid photos taken by investigators. After their re-examination, Detective Mike Ciesynski, who had the four rolls of film developed back in 1994, said:

The findings of the police in 1994 ruled that the case was clearly a suicide. Ciesynski said that is still the case after reviewing the evidence. The medical examiner found that Cobain injected himself with a lethal dose of heroin before he was shot. His body was found April 8, 1994, in his Lake Washington home, and it was determined that Kurt Cobain had killed himself three days earlier – only days after he had left a rehab facility.

Kurt Cobain's suicide photos are blunt, as most crime-scene photos are. They weren't taken by professional photographers, only by the police staff who were doing their business. They weren't interested in artistry or lighting. They just wanted to remember exactly how things looked. However, the images clearly have the power to provoke. 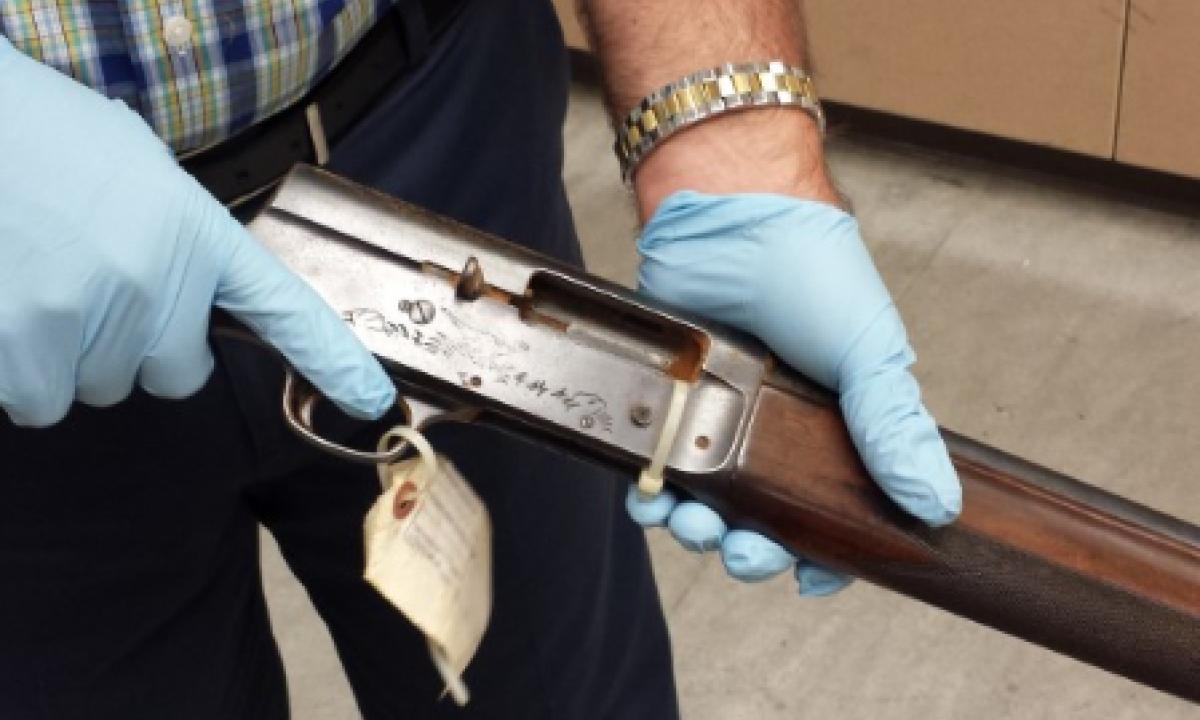 More Kurt Cobain suicide photos were also released in March of 2016. What was notable with this batch of photos was that they contained a photo of the shotgun that police say Cobain used to kill himself.

On the photos were also various items found on the body in the greenhouse. Thankfully, no photos of the body or the wounds sustained were released because that must have been a really gruesome sight.

Facts About Kurt Cobain That We Can Learn From These Photos 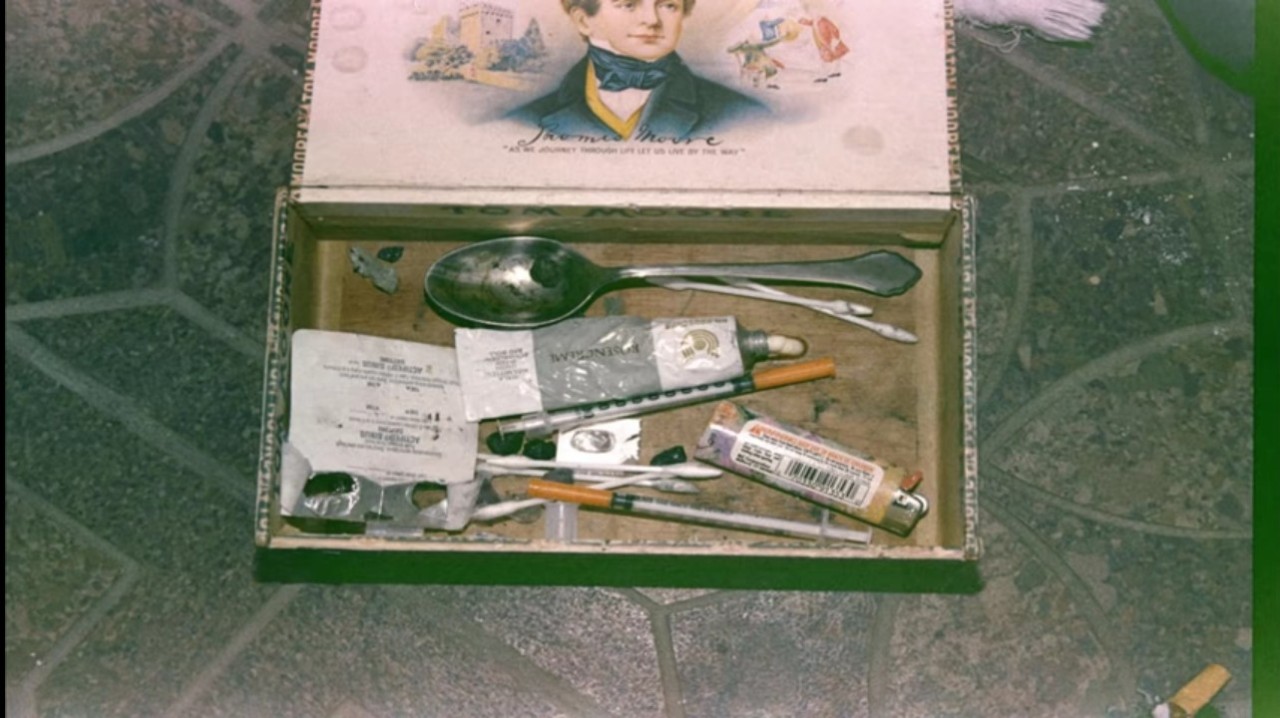 The photos of Kurt Cobain's death shook the public twice within a decade. They also allowed the fans to learn a few new things about their loved celebrity while also confirming the story that was known about Kurt.

Here is what we can learn from the Kurt Cobain suicide photos: 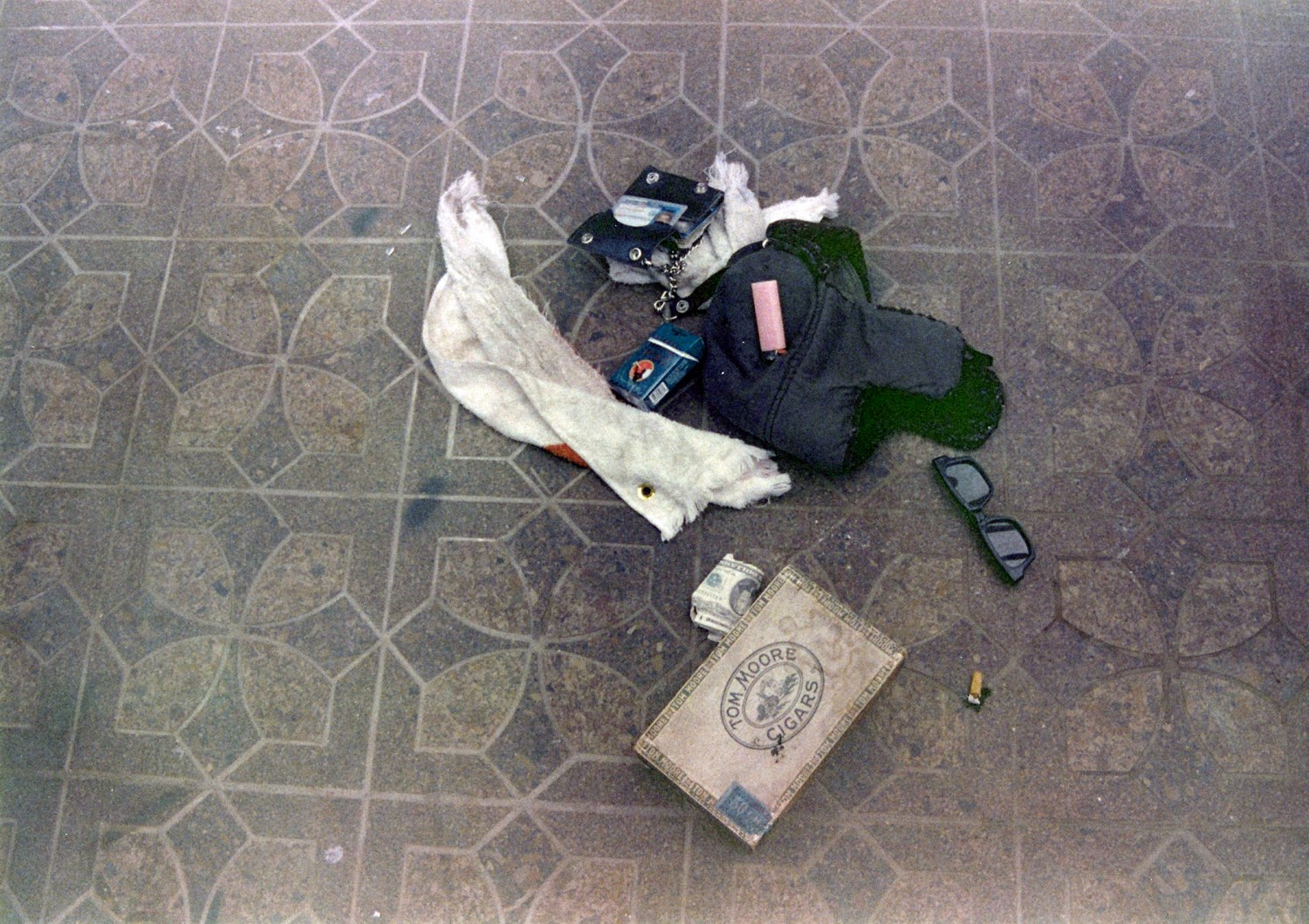 The last smoke he had was American Spirits Menthol. There is a box of this brand of cigarettes on the ground. 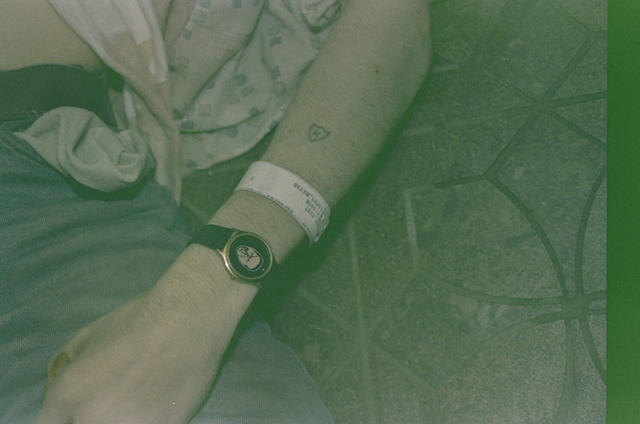 Kurt wanted us to know it was him - he wore his medical bracelet, and his ID was on the ground next to the body.
Advertisement 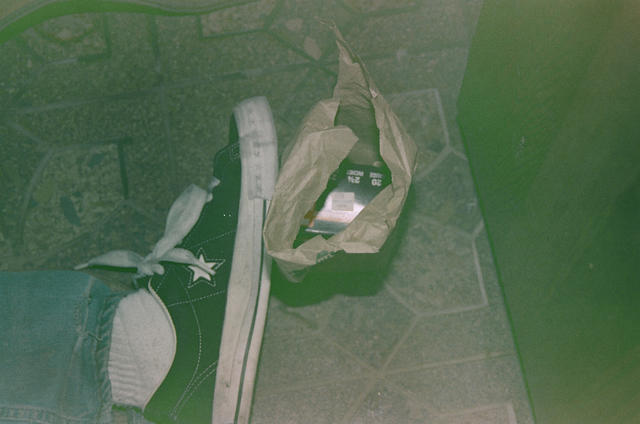 He was true to his sense of fashion - old sneakers and jeans. 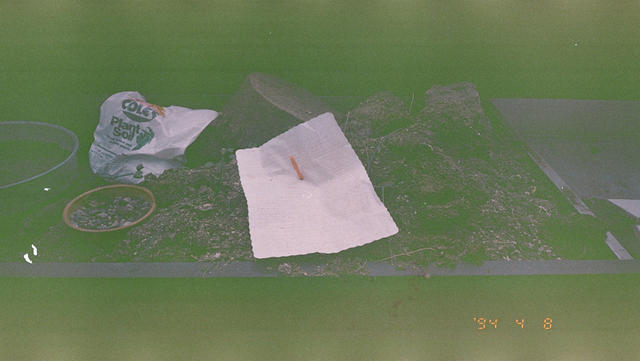 Kurt Cobain was sad, an addict. His gear included: blacked-up spoon, Q-tips, fresh syringes, another lighter, cotton balls black with a spent smack, and what appear to be rolling papers. 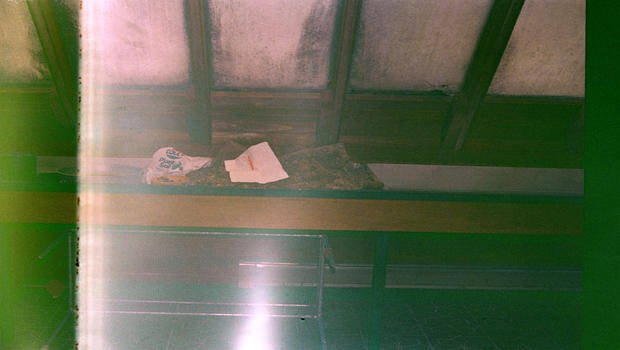 Did his troubled life lead to the development of a habit, or was it the opposite? It is hard to tell now.