End of the legend - or his beginning? In 1994, Nirvana frontman Kurt Cobain shot himself while intoxicated with heroin. 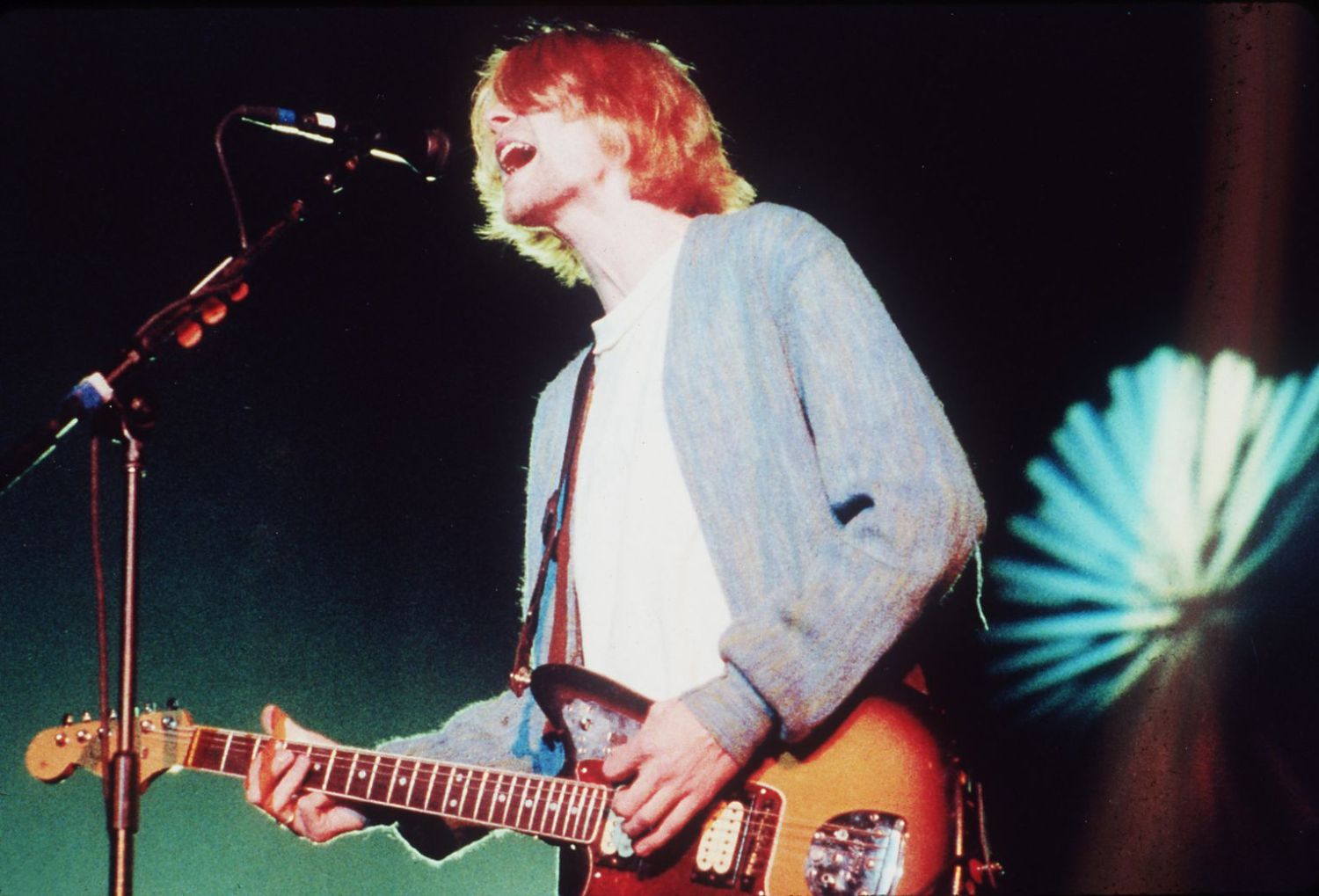 Kurt Cobain, the grudging voice of Generation X, was dead. An electrician found his body on the morning of April 8, 1994.

In the room above the garage of the Seattle property, Kurt had put the barrel of a shotgun in his mouth. High on drugs, he pulled the trigger.

Two days later, thousands of fans gathered at a memorial service in Seattle and heard a recording of Cobain's widow, Courtney Love, reading from his suicide note: "It's better to burn out than to fade away," quoting a Neil Young song. The death of the Nirvana frontman is one of those events that makes you remember the moment you found out about it years later.

After all, this wasn't about some dead rock star. When Nirvana's album Nevermind ousted Michael Jackson's Dangerous from the top of the American charts in January 1992, it symbolized a change of era in music history.

The eighties were over, and the 90s brought something new. Instead of stylized pop productions came unpolished rock music that carried punk's values and expressed pain in screams and loud guitars. Yet, it always remained melodic.

Smells Like Teen Spirit, the lead single from Nevermind, had become an MTV hit in 1991. It transformed what was once considered a garage band in Seattle's grunge scene into the biggest rock band of their time. And Kurt Cobain, the child of divorce from the northwest American town of Aberdeen, became a worshipped idol. 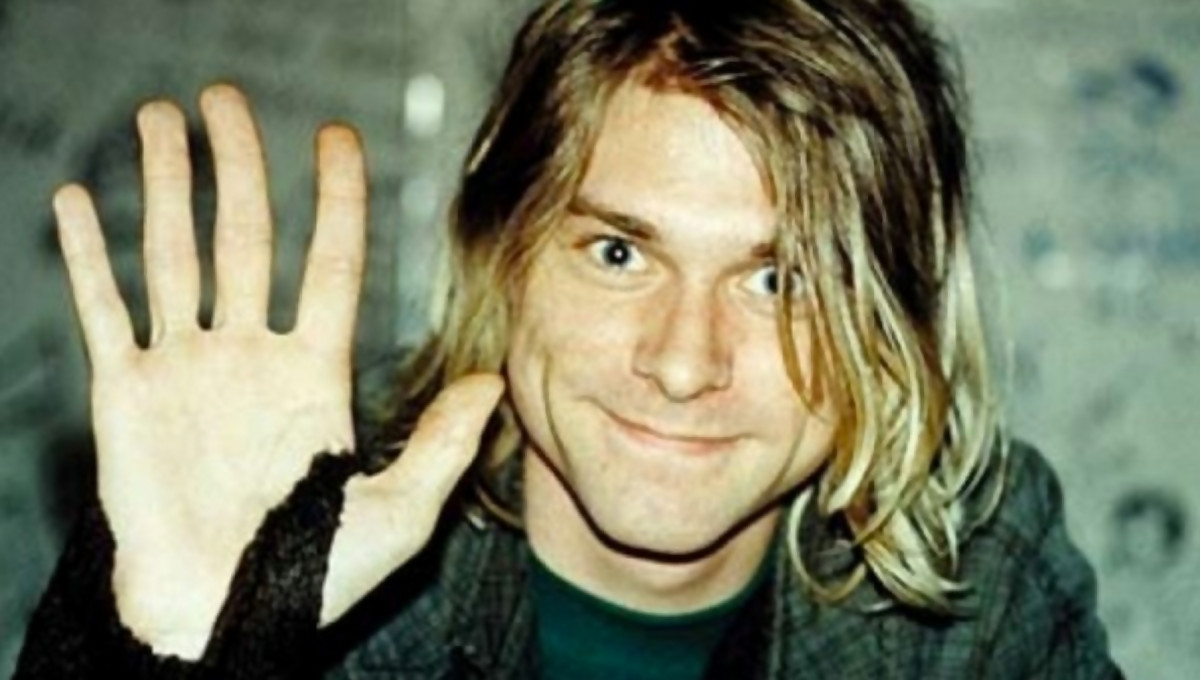 It soon became known that Kurt Cobain was not only suffering from mental distress. Cobain treated his chronic stomach ailments with heroin. And when he met Courtney Love, they became best friends.

They used drugs together, "like Evian water and battery acid," as Cobain once said. The two married on February 24, 1992, and their daughter, Frances Bean, was born soon after.

But there was no talk of family happiness. Cobain felt increasingly disgusted with his star status, and health problems were added. After a performance in Munich on March 1, 1994, he broke off the band's European tour and traveled to Rome to meet Courtney Love there.

He overdosed on the tranquilizer Rohypnol in a hotel room but was revived. After a meeting with friends, musicians, and managers, he agreed to drug rehab at the end of March.

Kurt Cobain died a few days later, as the estimated time of death was April 5. Soon afterward, the pop culture magazine Spex published an interview entitled "The first MTV dead man." They concluded that Cobain had gone so far with his nihilism that "his end had a certain consistency." This was in-between words, speculation of a Kurt Cobain murder.

Many Nirvana fans still object to this day: namely, that it wasn't a suicide at all. Circumstantial evidence is presented on websites. Two Canadian authors have already published two books on it. Seattle's open channel ran a television show called Kurt Cobain Murdered for years.

Many fans support the idea that Kurt Cobain killed himself, or at least have doubts about the official cause of death being suicide. Their concern is that those involved in the Kurt Cobain murder just got away with it. 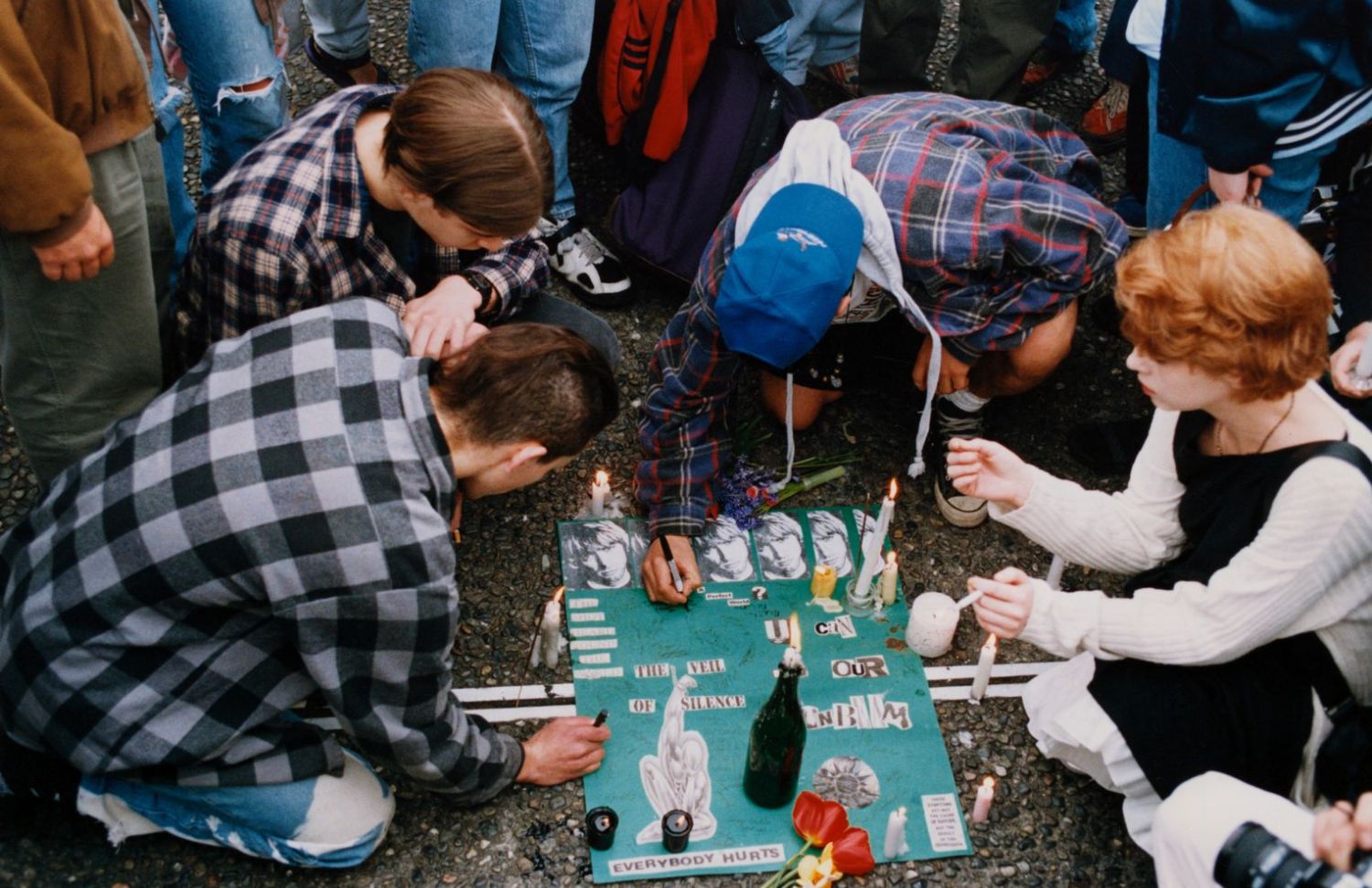 The primary source for almost all homicide proponents is a Los Angeles private investigator named Tom Grant. Courtney Love hired him to find Kurt Cobain after he climbed over the wall at Exodus rehab in Los Angeles on the evening of April 1.

She had found Grant's number in the Yellow Pages. Later, she must have often wished she had contacted another detective agency.

Tom Grant is convinced that his client, Courtney Love, was involved in the Kurt Cobain murder and wanted to kill her husband. Cobain allegedly wanted to divorce Love and change his will. She saw her wealth and fame at risk.

In retrospect, Love portrayed her husband as suicidal for a long time and thus steered the police investigation in this direction.

His suicide letter was a farewell to his career, not life. The dramatic last words about his daughter's life being happier without him were added in different handwriting. No usable fingerprints were found on the gun that shot Cobain.

In addition, there was so much heroin in Cobain's blood that he could not have been able to shoot himself.

What you think of Grant ultimately decides whether you support the Kurt Cobain murder theory or not. Many fans consider the detective credible and attest that he is not after the money and attention. Filmmaker Nick Broomfield, whose 1998 documentary Kurt & Courtney conveyed doubts about Cobain's suicide to a broader audience, is ultimately unconvinced and dismisses the suspicion of the Kurt Cobain murder.

And above all, the Seattle police found nothing in Grant's research that would give reason to resume the investigation because they don't want to admit their investigation errors, says Grant. It's a vicious circle: the police demand evidence to reopen the case. Grant claims he has this evidence but only wants to present them in a reopened Kurt Cobain murder process.

Meanwhile, he's working on a video, Project Unplugged, which will likely keep the topic afloat. 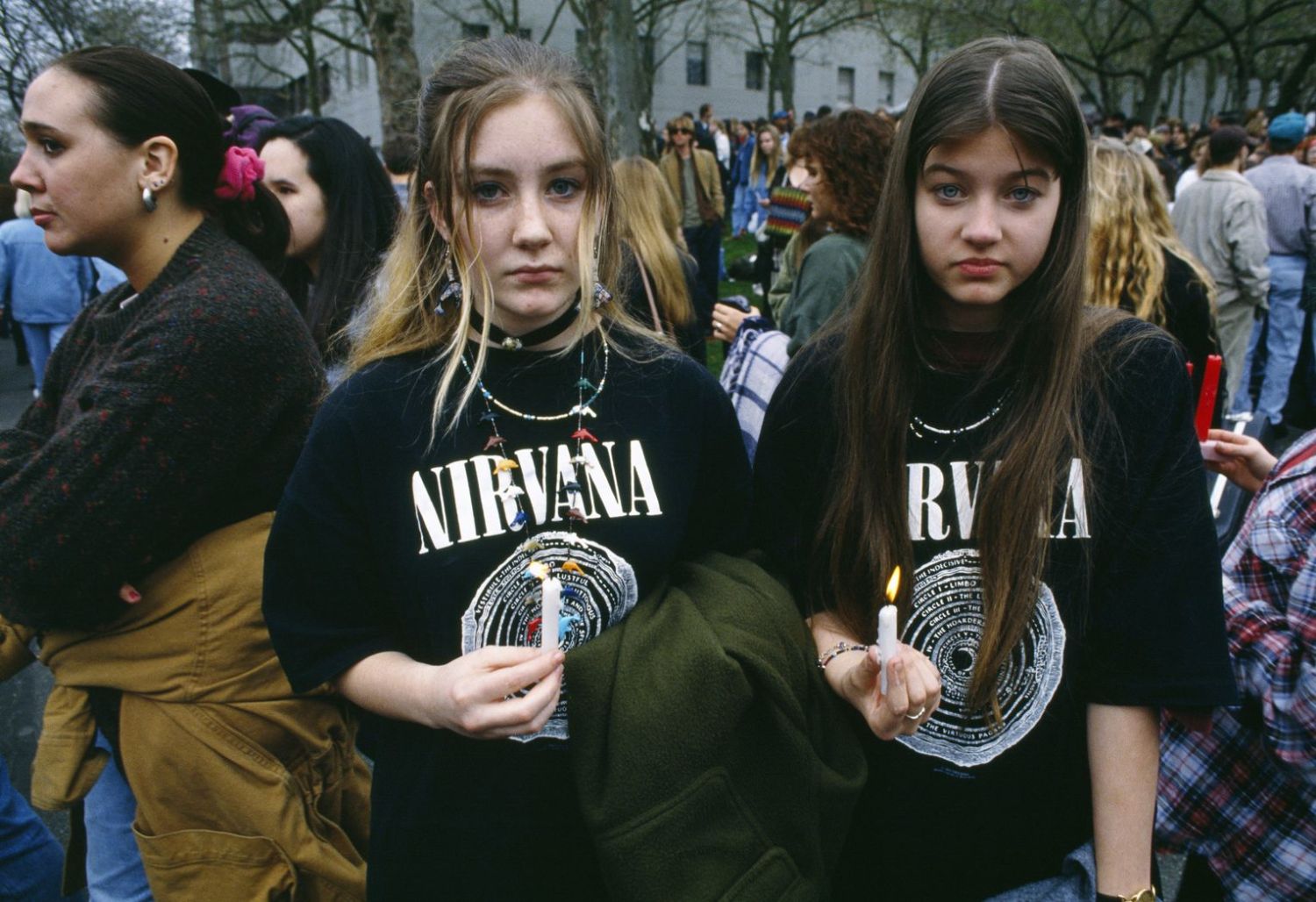 "In its mythology, rock music has always tried to prove that behind every good man there is a bad woman," wrote pop author Kerstin Grether about Courtney Love's public role. Just think of how Yoko Ono is said to have destroyed the Beatles. And Love is said to have cost her husband the band and his life.

Another reason why the musician and actress are so well suited as a potential Kurt Cobain murder conspirator is that she is feisty and not always very concise in her public statements.

Her MySpace account and, more recently, her Twitter feed boasted idiosyncratic grammar and spelling and verbal abuse and self-indulgence in a wild stream of consciousness. The fact that ex-cop Tom Grant repeatedly came across illogical statements in his conversations with Love shouldn't surprise regular Love readers.

But the way in which, for example, Broomfield's documentary portrays Love as a manipulative horror and gives her father ample opportunity to speak, who is convinced that his daughter is a murderess, inspires more sympathy for the widow.

In 2006, Courtney Love sold a 25 percent interest in her inherited rights to Nirvana's songs to a music publisher for an estimated $50 million. That year, Kurt Cobain even overtook Elvis Presley as the most profitable dead musician.

Love promised fans of the band a tasteful approach to the songs that respect the spirit of Nirvana. Since then, the pieces have appeared in TV shows like Lost and Cold Case and in video games. Yet, American magazine Portfolio reported in one issue that the earnings were significantly lower than hoped. 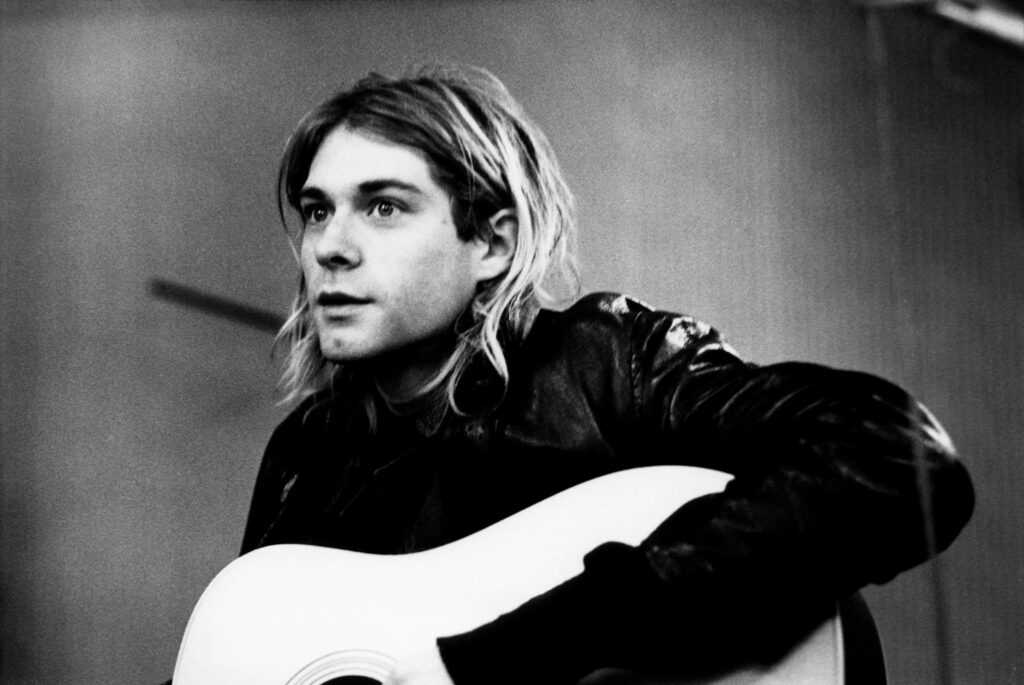 Nirvana fans shouldn't have hoped for significant discoveries on the day of death. There were no more unreleased songs, said the band's bassist, Krist Novoselic, in an interview. All relevant video material was published.

There were also talks about feature films about Cobain's life, for which Universal bought the screenplay rights and which Courtney Love should have co-produced.

The movie was a long time coming, and there were rumors that James Bond director Marc Forster should direct it. That movie was never shot.

There are a number of documentaries regarding his life, but the main focus is on the Kurt Cobain murder. Kurt Cobain About a Son, Cobain: Montage of Heck, Soaked in Bleach, and more.

So while nothing new is being added to the Kurt Cobain myth, for the time being, the rumors that simply belong to dead rock stars continue to circulate. Elvis is alive, the CIA wanted John Lennon dead, and the Kurt Cobain murder is confirmed.