KSI, a YouTuber-turned-boxer, has commented on Floyd Mayweather's fight with Logan Paul.

Many fans were excited to watch the fight between Paul and Mayweather on June 6, though neither boxer won.

Since the fight was an exhibition, the only way for the two fighters to win was for one of them to knock the other out, which neither did. 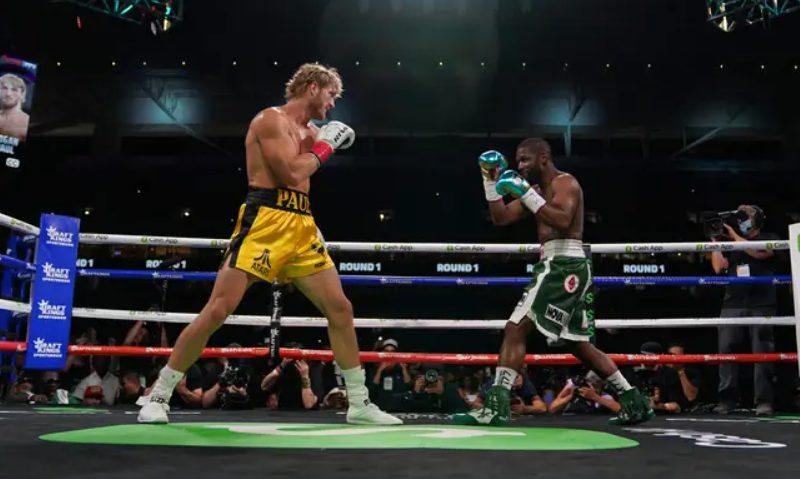 Despite Paul's comments, though, Mayweather still holds an undefeated 50-0 record.

After the fight, KSI also had something to say; he spoke up on Twitter on June 7.

Referring to Mayweather's draw with Paul, when KSI himself had beaten Paul back in 2019, KSI put two and two together, naming himself the best boxer in the world.

He said in a tweet, which has since gained 158k likes:

So…You’re saying I’m now the best boxer in the world?

Yes and No.... Considering we are on exhibition rules aka who knocks out who is the deterministic winner (causing the draw/tie) THEN YEA. BUT, Following Boxing Rules with the scores and shiz no not really... pic.twitter.com/lCi6k0pE6F

"Yes. You did better than Floyd Mayweather."

Others, meanwhile, had different opinions, with some claiming that if a rematch were held between KSI and Paul now, Paul would win. Others predicted that Mayweather would defeat him as well.

"Or, and hear me out. Logan is now in better shape as well as improved boxing skill than when he fought you".

Another one agreed, saying:

"You understand Logan obviously improved since then, right?".

And another Twitter user wrote that Logan's brother Jake can beat KSI:

After the match, the 44-year-old said:

"He's better than I thought he was. He's a tough, rough competitor. I was surprised by him."

In the end, who knows? Maybe a third fight between KSI and Paul could be held soon...