The oldest Kardashian sister tied the knot with Travis Barker. Or, at least it is what everyone thought once they posted the wild photos from Las Vegas' chapel.

The photos seem like a lot of fun, showing that Kourtney is much more entertaining than the cameras on KUTWK made us think.

The unconventional mom of three never sought fame. She wanted to be a mom, first and foremost, though she never wanted to get married, despite pleas from ex her, Scot Disick.

It appears that the less she wanted to be famous, the more people found her relatable. Eventually, Kourtney accepted that she would always be popular, and now, she seems happier than ever.

The couple has been inseparable, whether they are shopping in Beverly Hills, clubbing with Megan Fox and MGK, or rocking the red carpet. 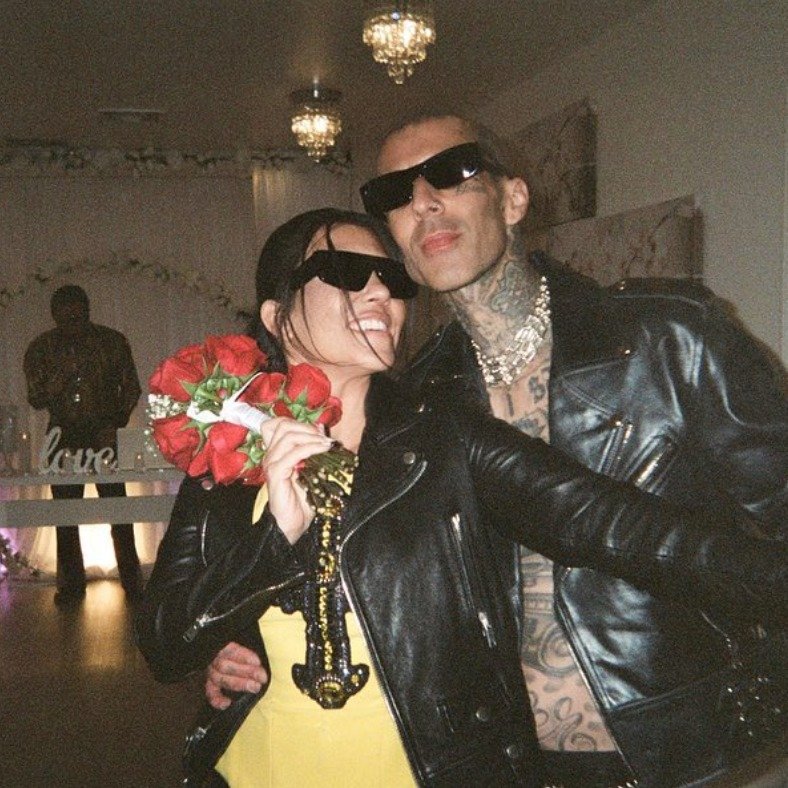 When their alleged wedding photos showed up, we were almost convinced that the two eloped.

Kourtney's cheeky caption, "Found these in my camera roll," presented a series of fun-loving pictures, though this was just a rehearsal.

"Once upon a time in a land far, far away (Las Vegas), at 2 am, after an epic night and a little tequila, a queen and her handsome king ventured out to the only open chapel with an Elvis and got married (with no license)." 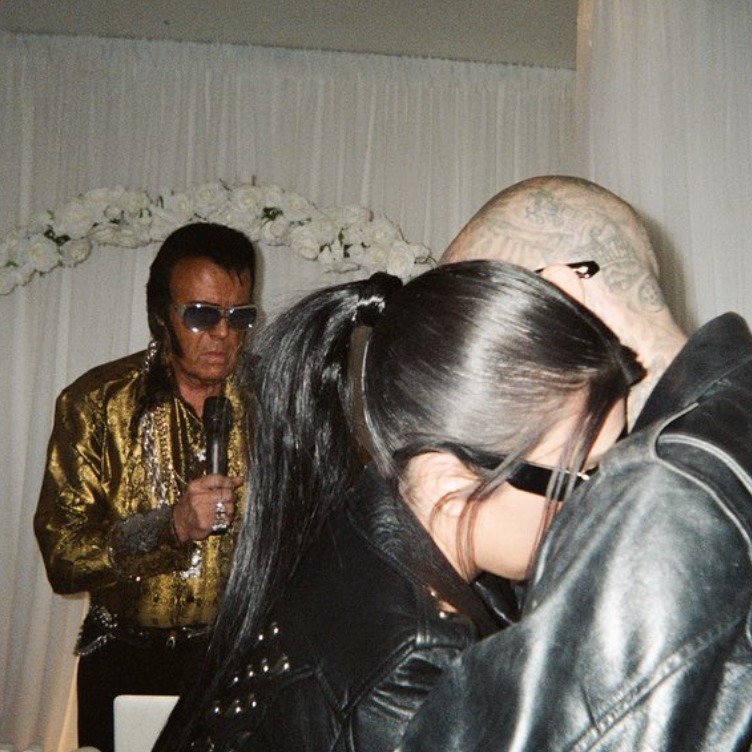 Her final words regarding these photos made us believe that the couple might be planning a wedding, despite Kourtney's previous stance on the unions.

As fans pointed out, she almost tied the knot with Scott in Vegas during the early seasons of Keeping Up With The Kardashians.

Others wrote that the wedding's "giving Ross and Rachel" vibes, while another wrote, "I'm literally so happy for the two of you."

As much as we want to see Kourtney in a traditional wedding gown, getting hitched in a leather jacket next to Elvis sounds like plenty of fun.