A viral TikTok video shows a terrified young child running away from a member of the King's Guard, who shouted, "stand clear."

The video shows a young girl standing, doing what kids do when a guard of the King's Life Guard at Buckingham palace shouts at her. He had no intention of breaking his stride, and not even a confused child would break his march. 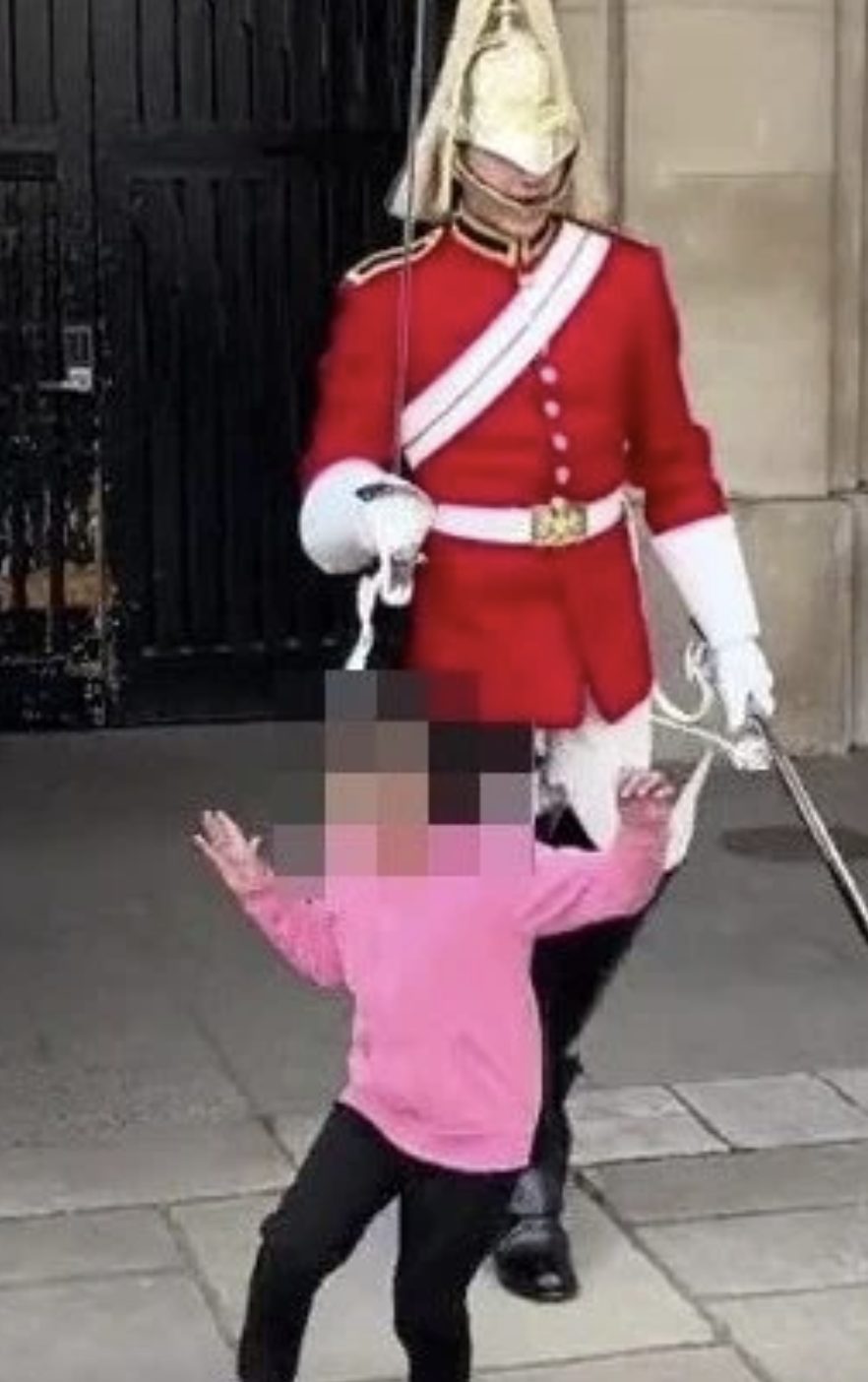 The scared girl sprinted out of his way, leaving the Internet divided.

TikTok already has over 9 million views and counting, as many were displeased with the guard's aggressive behavior.

"Did he really need to scare the little one like that?"

"Guys, how was she supposed to know he was gonna walk round the corner?"

A third chimed in: "

"Regardless of what their job is. That's mean and uncalled for."

But, not everyone disapproved of the guard's actions. Many saw this as nothing but a person doing their job, as one person wrote:

"Parents should've told the kid to stay close, it's not exactly a well-kept secret that the King's Guards are scary and shout."

Another commentator was a bit sarcastic:

"People really think he's going to be like, 'oh excuse me, sweetheart, can you move?'"

And the third added:

"These guys are not a public attraction they carry out a duty."

It is not the first time in recent months that guards made waves on the Internet. Last December, two royal guards marched, and when a child was on their way, they shouted and knocked the child down without breaking the stride.

This clip also divided the web, but luckily the child was fine.

To make matters worse, it was implied that that was the family's first day in England.

Do you think that people got way too relaxed with their children, or were these guards out of line?