King Henry VIII's wives got him more attention than his leadership ever did. The infamous king had two of his wives executed (Anne Boleyn and Catherine Howard). He also did not hesitate to divorce two others (Catherine of Aragon and Anne of Cleves).

The wife who brought him the most joy, Jane Seymour, died soon after giving him an heir, while his last wife (Catherine Parr), who was practically his nurse, outlived him.

Arthur, his older brother, died in 1502, making him an heir to the throne.

Physically, he was an imposing, larger-than-life individual. He was over six feet tall, heavily built, and quite athletic. Henry VIII was also a very complex man who displayed intelligence, unpredictability, extravagance, and flamboyance.

At the time, monarchs rarely married for love and instead got partners to consolidate their kingdoms.

His marriages started soon after his ascension to the throne, setting in motion an infamous legacy that defined his character, reign, and portrayal in history. A few of his marriages ended due to his seemingly futile quest for a male heir.

Here is a look at King Henry VIII's wives in chronological order. 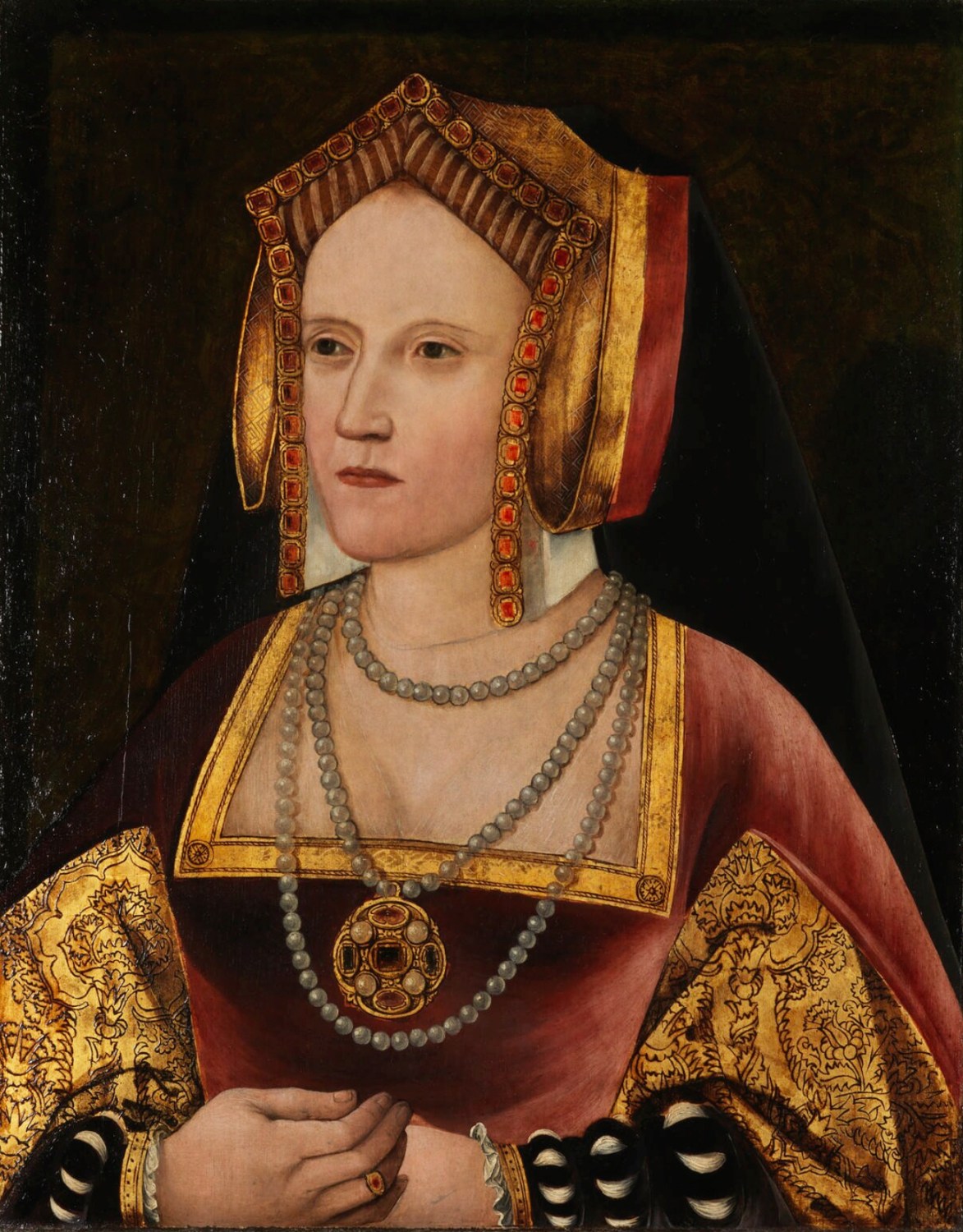 Catherine of Aragon was Arthur's widow, and Henry VIII always had an eye for her. Arthur was King Henry VIII's older brother.

Catherine had been widowed in 1502 at the age of 16 after five months of marriage. She got married to Henry VIII seven years later when she was 23, and he was 18, and she became the first of King Henry VIII's wives.

For many years, he declared his undying love for Catherine, and for this reason, many people believe that she was the only woman he ever loved.

Marrying her presented a challenge, as the church did not look kindly to Henry marrying his sister-in-law. They only managed to get married on the assumption that Catherine was still a virgin when her first husband, Arthur, died.

In the end, she was the first of King Henry VIII's wives to represent one of his greatest failures as a king, at least according to him. In the 23 years, they were married, she never gave him a male heir.

Nevertheless, the king managed to get an illegitimate child, Henry Fitzroy, with his mistress Elizabeth Blount.

In addition to facing opposition, his attempt to produce a male heir proved futile due to Catherine's stillbirths and early deaths. Only a girl, Princess Mary, survived. She later became a queen.

He blamed his lack of a male heir on his wife, and at about the same time, he was interested in one of the ladies in his Court, Anne Boleyn.

Starting in 1527, he began his attempts to divorce Catherine. On her part, she objected to the annulment of her marriage with the argument that she had been a virgin when she married Henry.

The Pope was also reluctant to annul his marriage, which had only existed because another pope had licensed it. Additionally, Holy Roman Emperor Charles V was against the divorce, and he went as far as threatening Henry if he divorced his aunt, Catherine.

This put Pope Clement VII in a challenging position since any decision he made regarding the annulment would end up angering Charles V or Henry VIII.

Attempts to win a lawsuit that would have granted him a divorce also failed due to the judge's ties to Rome. At this point, Henry VIII decided to take matters into his own hands.

In 1932, the king separated the English church from Rome, which meant the institution was under the king's direct control. The parliament also passed the Act of Supremacy in 1534, which made him the Supreme Head of the Church of England.

The new church was under the leadership of the Archbishop of Canterbury, Thomas Cranmer, who helped facilitate his divorce. Consequently, creating a new church in England allowed him to divorce Catherine after years of failed attempts.

This meant he could finally marry Anne Boleyn. Catherine was divorced from the king at the age of 40, and at the time, Henry VIII believed that she was not likely to bear him more children.

Catherine was banished from the Court after their marriage, and she never accepted that the marriage was over. She always saw herself as the rightful Queen and Henry's wife until her death.

So, Henry managed to establish the Church of England in the process of divorcing Catherine. With Rome out of the way, he was genuinely subject to only himself. 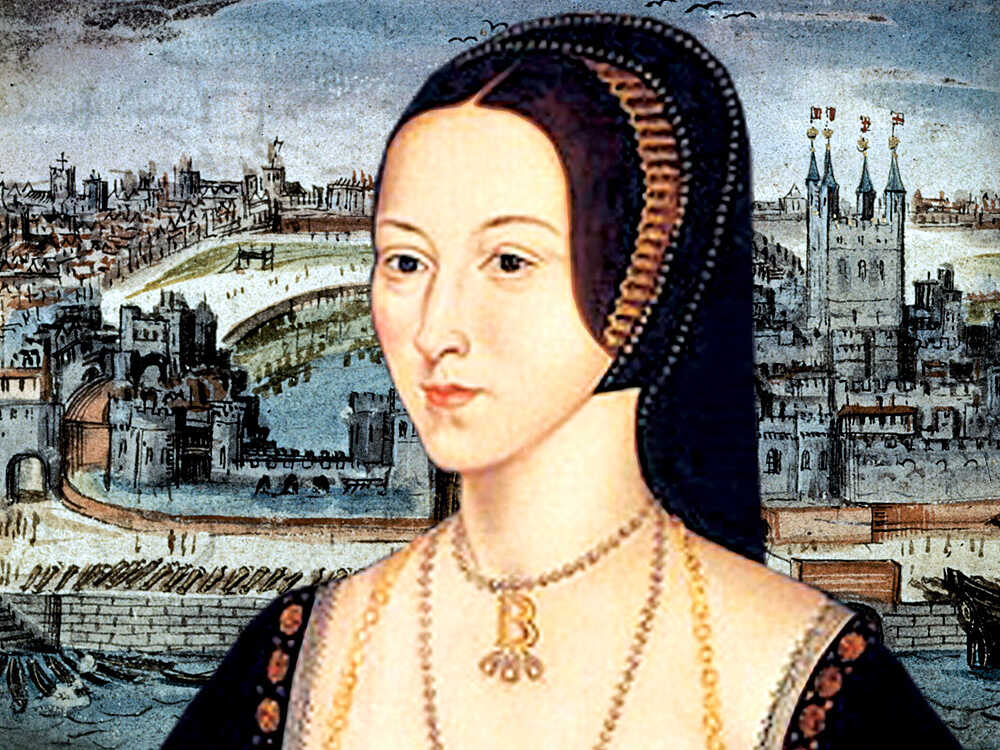 Before the king married Anne Boleyn, he had an affair with her sister, Mary Boleyn. The affairs started during his marriage to Catherine of Aragon. Mary was sent away over her affair with the king, who then focused on making her sister Anne his wife.

After seeing what her sister Mary had gone through, Anne did not want to get tossed aside. She refused to consummate the relationship until he had utterly ended his marriage to Catherine.

King Henry VIII was forced to court her for seven years and put his kingdom through a lot of upheavals before they could get married.

This obsession forced Henry to sever ties with the Catholic church and start the Church of England. Eventually, Anne became the second of King Henry VIII's wives after getting married in a secret ceremony.

Sadly for him, even after the drama that the king had to go through to marry Anne Boleyn, the first child they got was a girl, Elizabeth. She later became queen.

Henry VIII was quite disappointed in the outcome, especially after two subsequent pregnancies ended in miscarriage. In 1536, they finally had a baby boy, but the king was also fed up with his second wife.

Anne's arrogance was a contributing factor. She also got enraged and jealous when she found out about her husband's loyalty, which triggered a deadly response on his part.

Anne was put under arrest on May 2, 1536, and accused of committing adultery with her brother and four commoners. Anne was found guilty by her uncle, the Duke of Norfolk. She was beheaded at the Tower of London on May 19.

She became the first of King Henry VIII's wives to be executed and the first English queen to be beheaded publicly. Her brother and the four commoners accused of committing adultery were also found guilty of treason and executed.

There was little evidence that she had committed the crimes that led to her beheading. History remembers Anne as the most famous of King Henry VIII's wives, partly because she also played a significant role in England's Reformation. 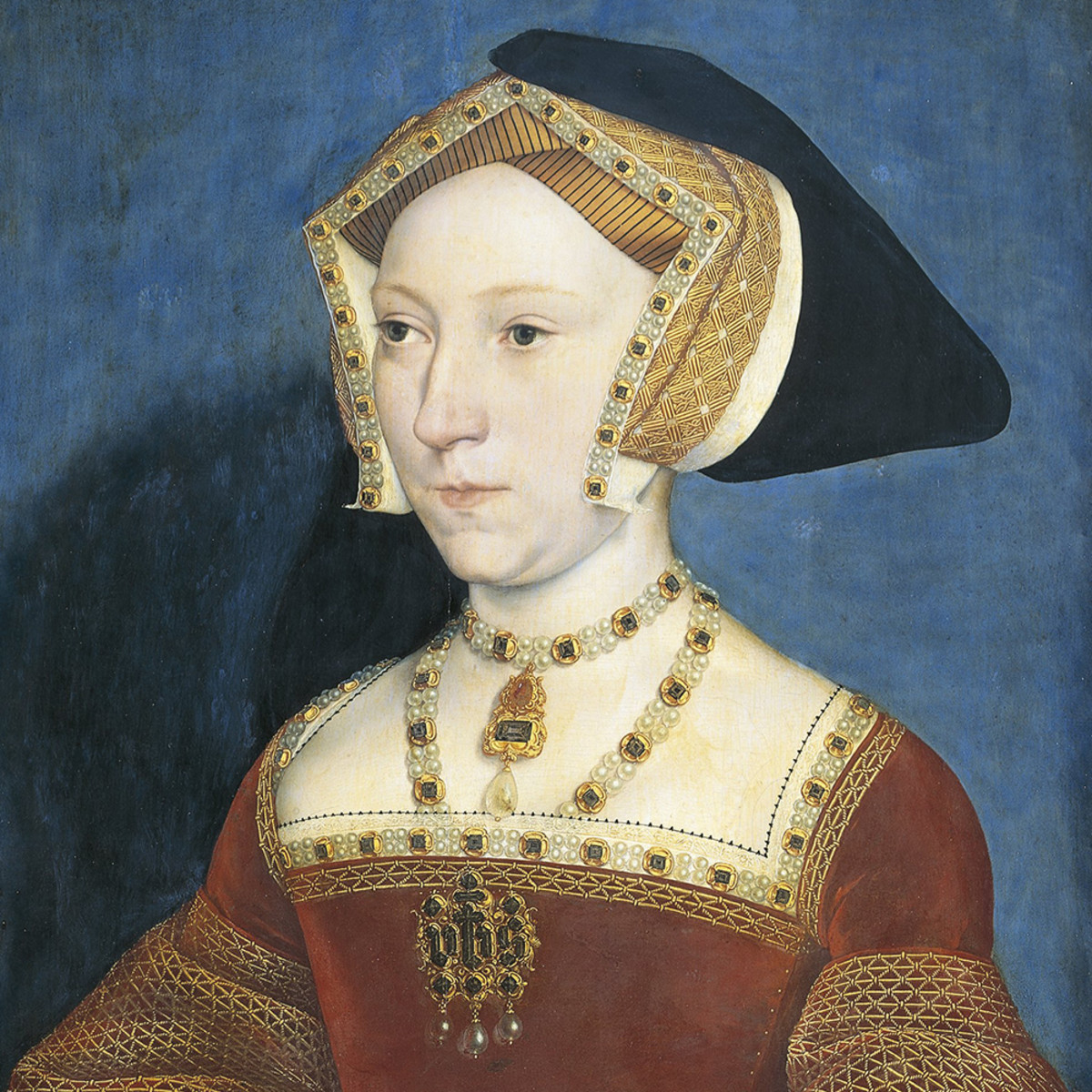 About a week after Anne Boleyn was executed, the king wasted no time and married Jane Seymour, his mistress. It is believed she became his mistress while he was still married to Anne and had a significant role in getting Anne executed by the king.

After about a year of marriage, Jane gave birth to King Henry VIII's successor, Edward VI.

Jane was one of a few of King Henry VIII's wives who made him happy. Unfortunately, his joy was short-lived because Seymour got a fever after the birth of her child and died less than two weeks later.

The king was devastated, and he gave her a proper Queen's burial even though she was of lower social standing than his other wives and had not even had a coronation.

None of the rest of King Henry VIII's wives got this kind of burial after their deaths. The king himself was buried beside her in St George's Chapel at Windsor Castle after his death many years later. 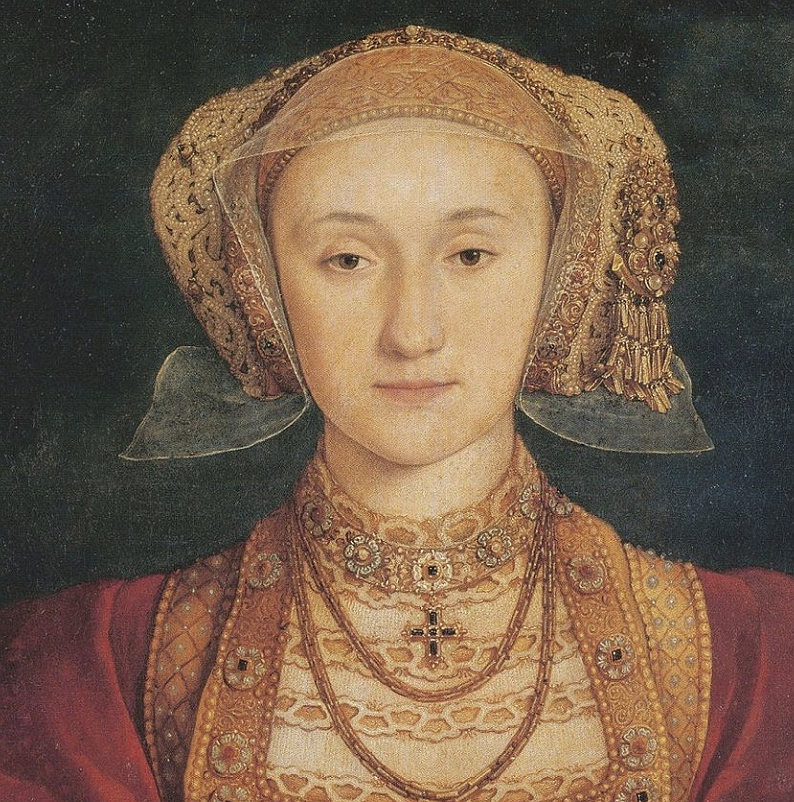 Cromwell arranged Henry's marriage to Anne of Cleves. She was a German princess, and the wedding marked the union between two non-Catholic countries.

Luckily, both Anne and Henry were happy with the marriage coming to an end six months later, and they reportedly never consummated the marriage.

After the divorce, Anne got a considerable income and many homes, including Hever Castle, where she lived even after Henry's death. The fact that she accepted the annulment of their marriage won her a lot of favor with the king.

For organizing the disastrous marriage, Cromwell was executed on trumped-up treason charges on the day he married Catherine Howard, his fifth wife.

At this time, Henry was 44. He had lost his athleticism after an accident in which a horse rolled on him and crippled his leg.

He put on a lot of weight, and his waist got to around 54 inches by the time of his death, a decade later. 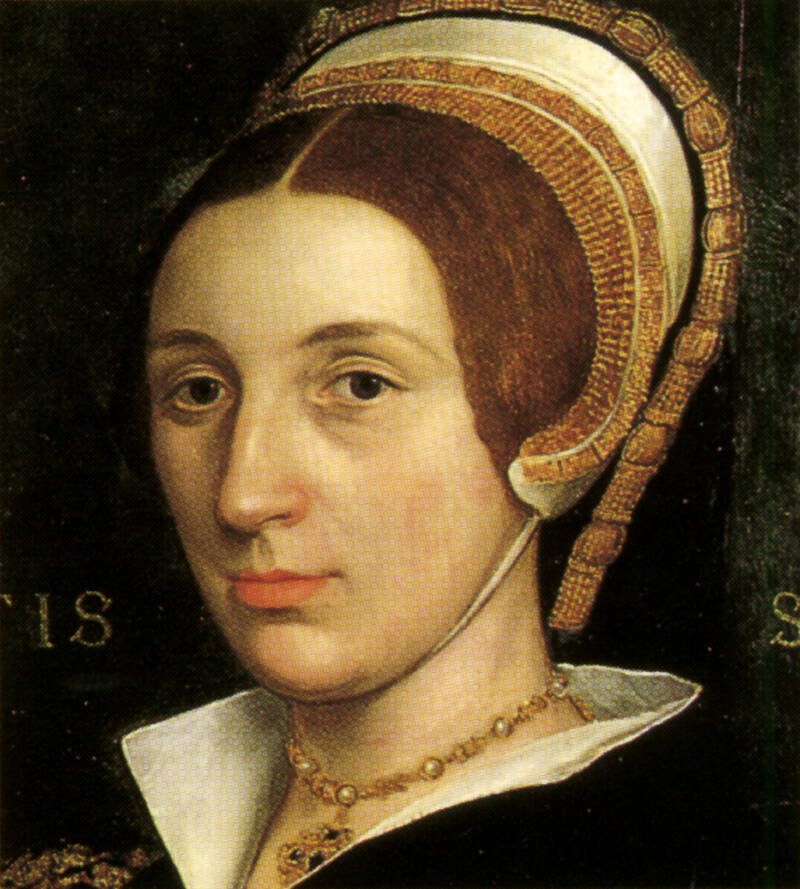 At the time Henry married Catherine Howard, he was on his quest for a second male heir. He was also battling leg ulcers and excess weight.

Catherine became one of King Henry VIII's wives after their marriage in 1540 when he was 49, and she was 16. The king was totally in love with the petite and beautiful young woman he called "Rose without a thorn."

Catherine was Anne Bolelyn's cousin, and she would meet a similar fate when Henry ordered her beheading.

Her fate was sealed after rekindling her relationship with Thomas Culpeper, her former lover. This got her arrested after 17 months of being married to the king.

She was killed for treason on February 13, 1542, becoming the second of King Henry VIII's wives to get executed. Culpeper was executed on December 1541.

Henry was devastated by Catherine's death, and he reportedly wept openly. After her execution, he also got depressed.

His marriage to Catherine did not give him any children. 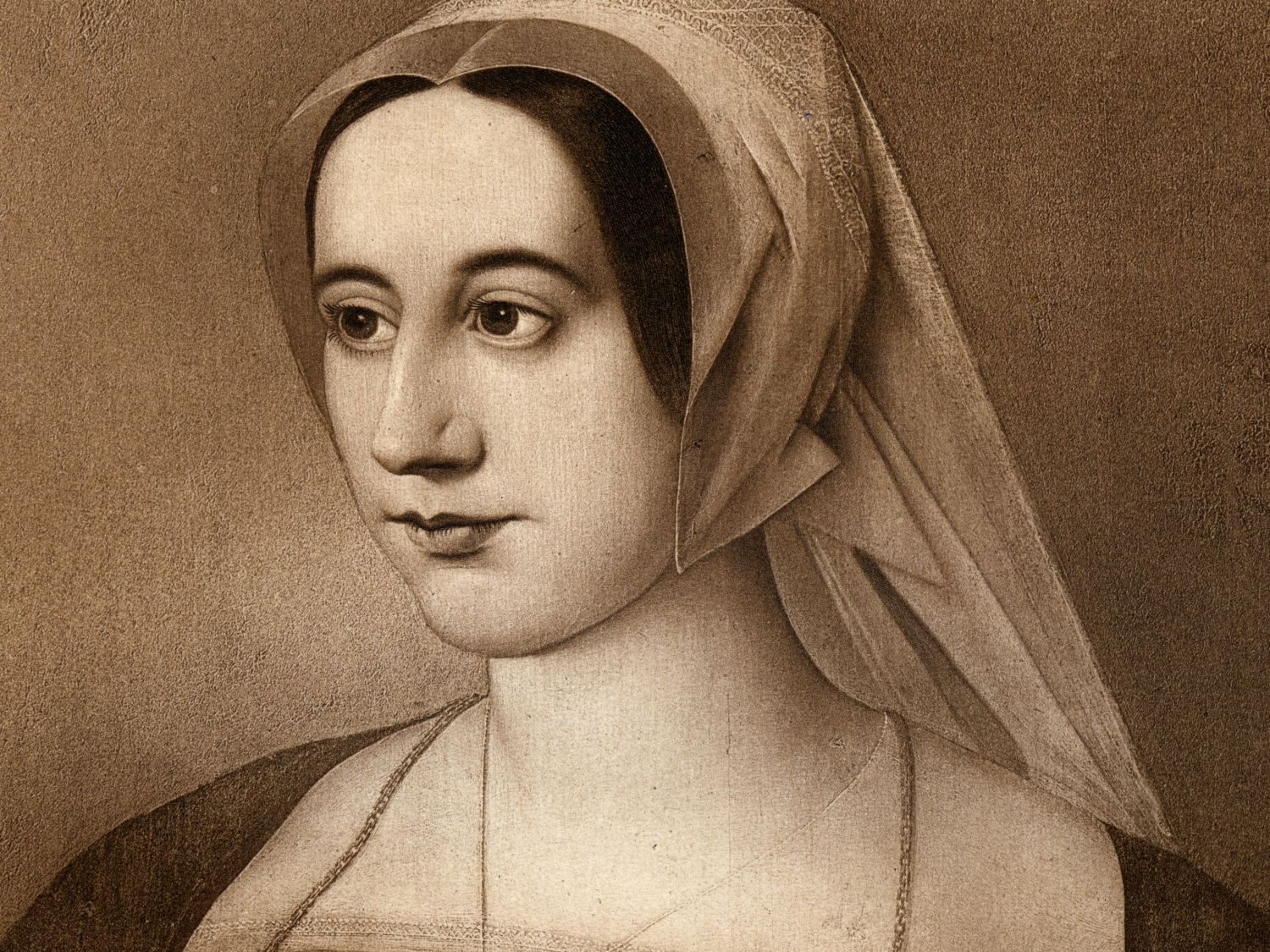 Catherine Parr was 31 years old when she caught Henry VIII's eye. She was intelligent, well educated, fluent in French, and could write in Latin and Greek. She was the last of King Henry VIII's wives.

At the time she met Henry, she was in a relationship with Thomas, Jane Seymour's brother. Nevertheless, she could not say no to Henry as she considered it her duty to marry the king.

She is remembered not only as one of King Henry VIII's wives but also as the restorer of his Court. Catherine brought together Henry's kids and made them work together as a family.

Catherine also liked intellectual arguments, and one of these arguments with the king got him so angry that he signed a warrant to get her arrested for heresy. With her quick wit, she went to the king and told him she had got into an argument with him to keep him from thinking about his ulcerated legs.

That made her the only one of King Henry VIII's wives to survive his plans to get rid of her. She is also remembered for having been married twice before Henry.

She became regent when he went to invade France in 1944. Only one of King Henry VIII's wives, Catherine of Aragon, had gotten that role before.

Catherine was also the first queen of both England and Ireland. After Henry's death, she married Thomas Seymour, the man she was involved with before Henry came along. 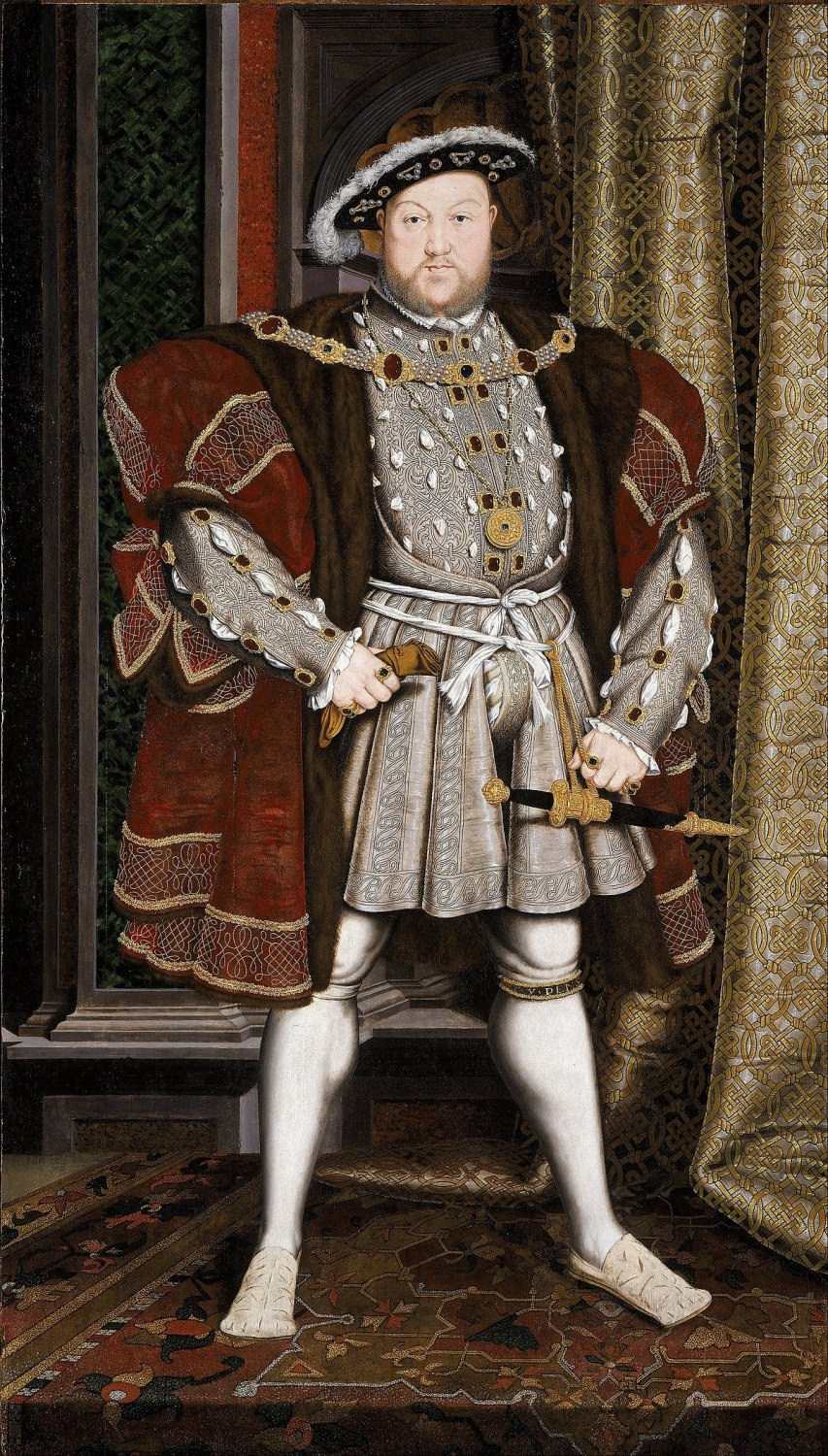 King Henry VIII died and was buried next to Jane Seymour, his third wife, at St. George's Chapel at Windsor Castle. Only six of King Henry VIII's wives were considered legal by the church.

In the end, the male heir he wanted so much, Edward VI, ruled for only six years. Henry VIII himself had ruled for 39 years.

In the end, King Henry VIII's wives helped him reshape Britain, and some of these reformations, such as the Church of England, live on to this day.

He also founded the Trinity College, Cambridge, and attained the unification of Ireland.

There is no denying that King Henry VIII's wives became famous over the fates they met after marrying him.