After nine months, Kim Kardashian, 41, and Pete Davidson, 28, allegedly broke up due to his "immaturity and young age."

Since Pete is in Australia working on a project, Page Six reported that Kim was "totally exhausted by this relationship and other things going on in her life." 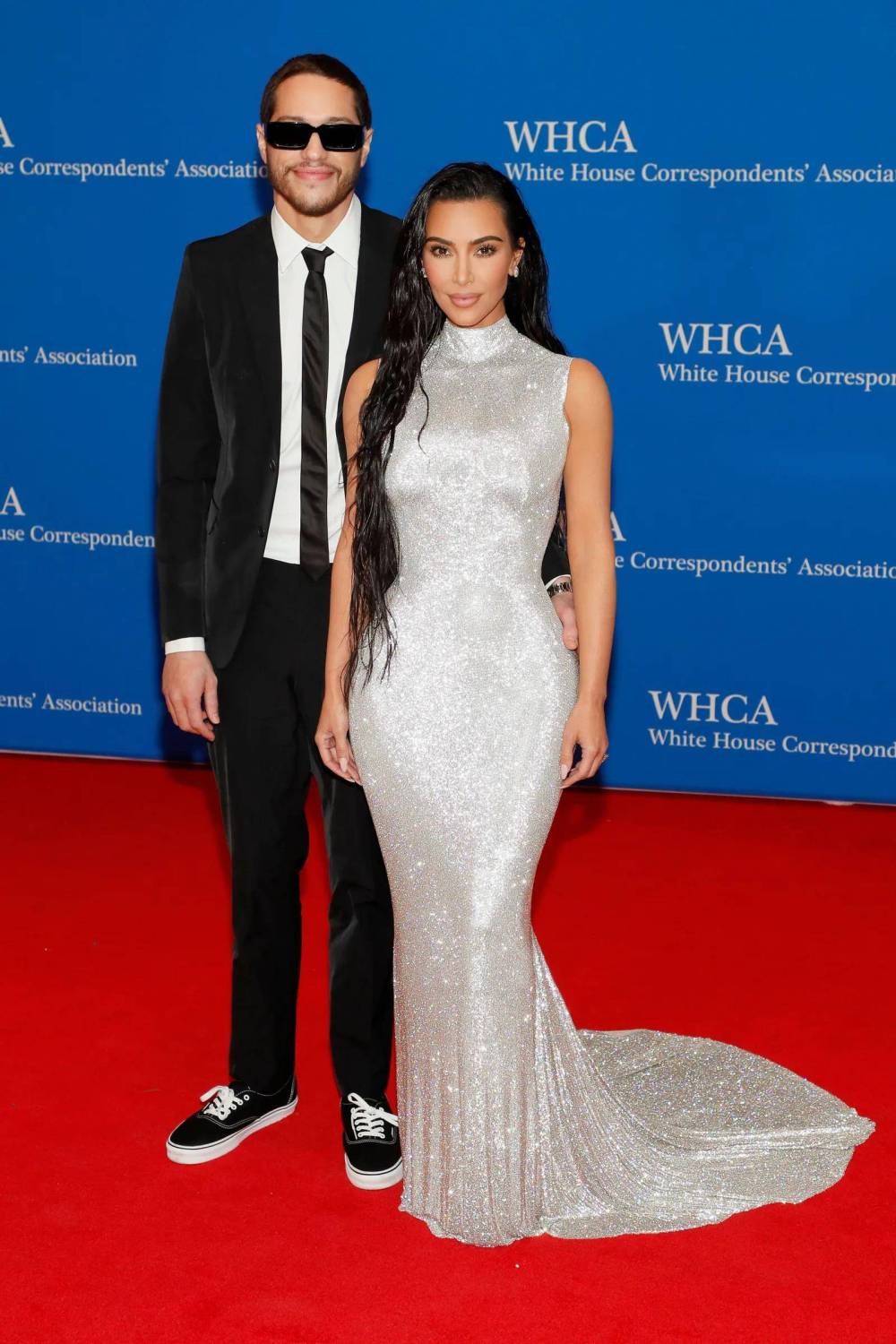 The same source added, "Pete is 28 and Kim is 41 — they are just in very different places at the moment."

The insider also told the publication that Pete is " spontaneous and impulsive and wants her to fly to New York," while Kim's primary focus is her children, so that was not easy. 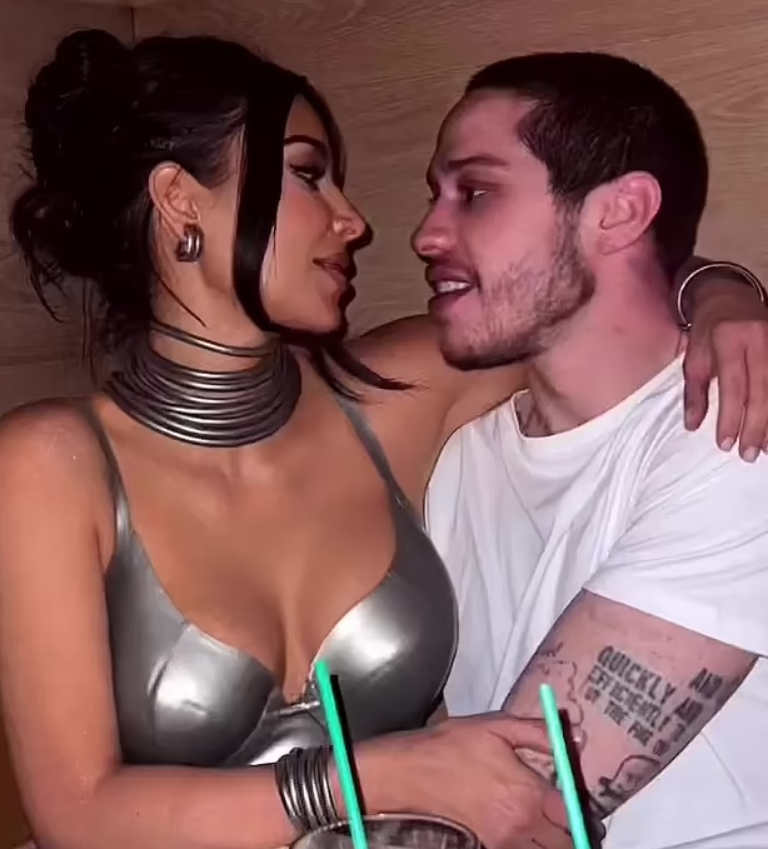 The couple started dating after Kim showed up on Saturday Night Live.

They were hot and heavy, but Pete's been going back and forth while filming the movie Wizards! in Australia.

Kim went to visit her boyfriend in July, and the two shared romantic moments in the Daintree Rainforest. 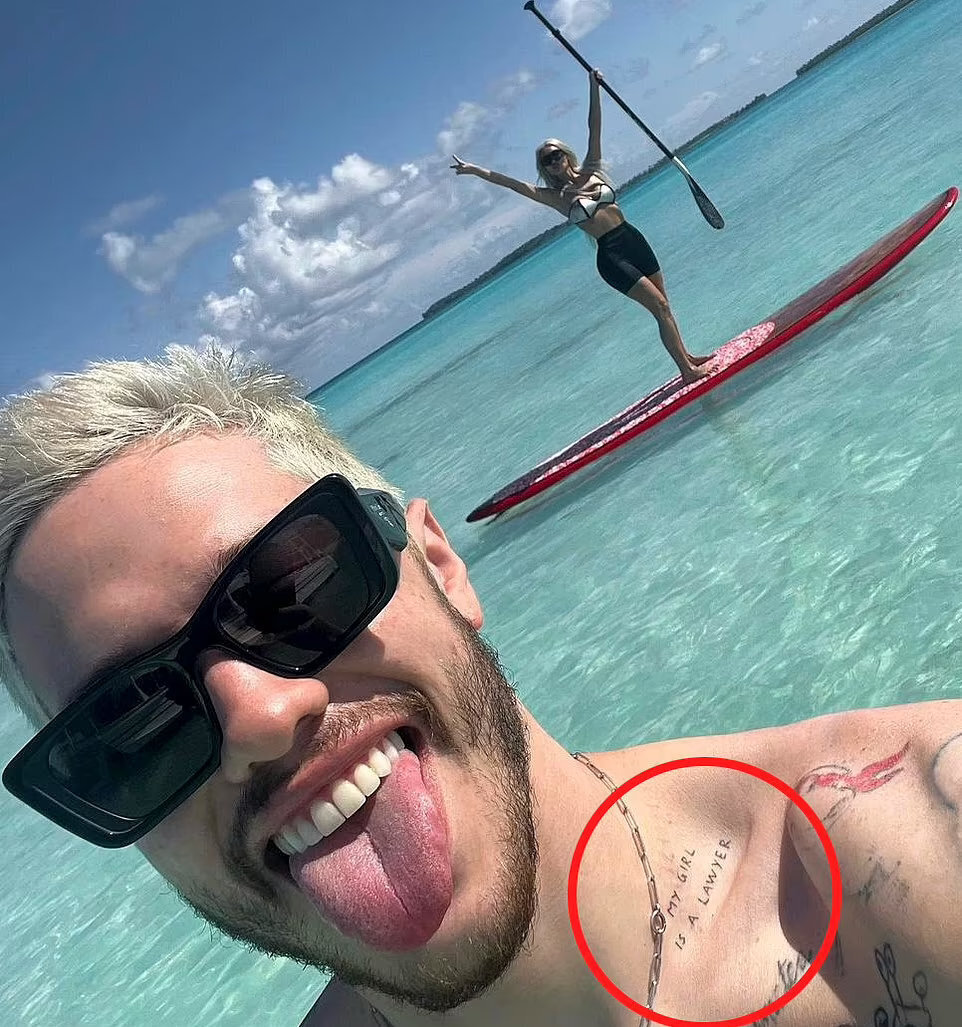 People magazine also got an insider's look into the relationship, which said that "long distance hasn't been easy for Kim."

"They have a lot of love and respect for each other, but found that the long distance and their demanding schedules made it really difficult to maintain a relationship." 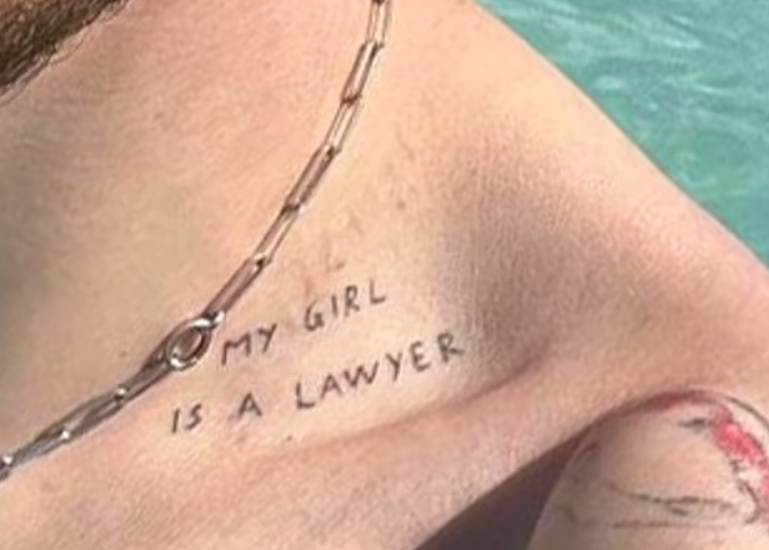 The famous Kardashian sister spoke about the relationship on her new Hulu show, The Kardashians. Kim expressed that during their SNL kiss, she felt "a vibe" and wanted to try something different. 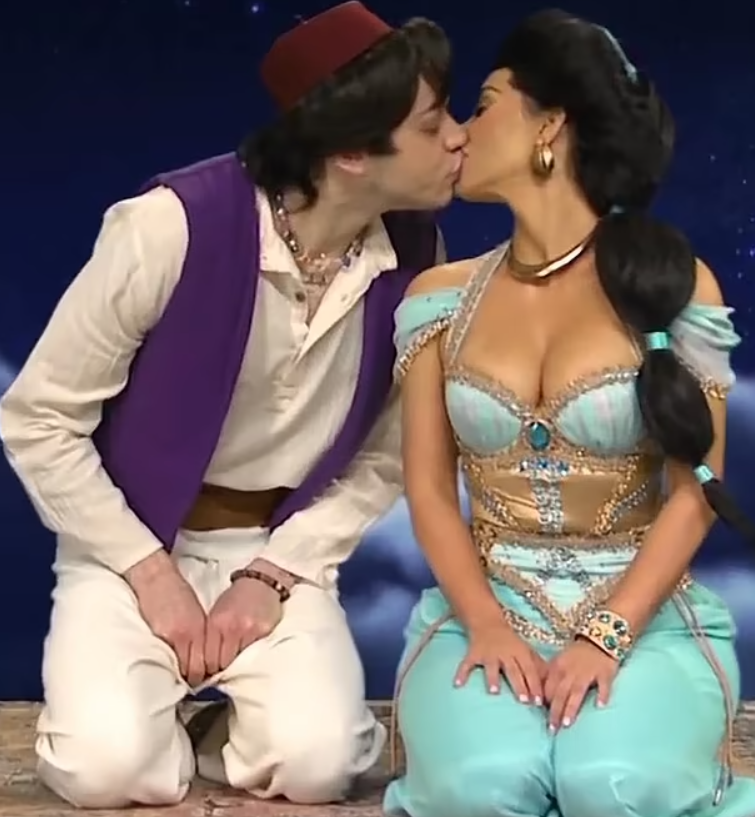 Pete dedicated several tattoos to his now ex, including the ones which say, My girl is a lawyer.

Though Kim initially did not see it as a serious relationship, she soon saw Pete as "thoughtful and humble and just so genuine." 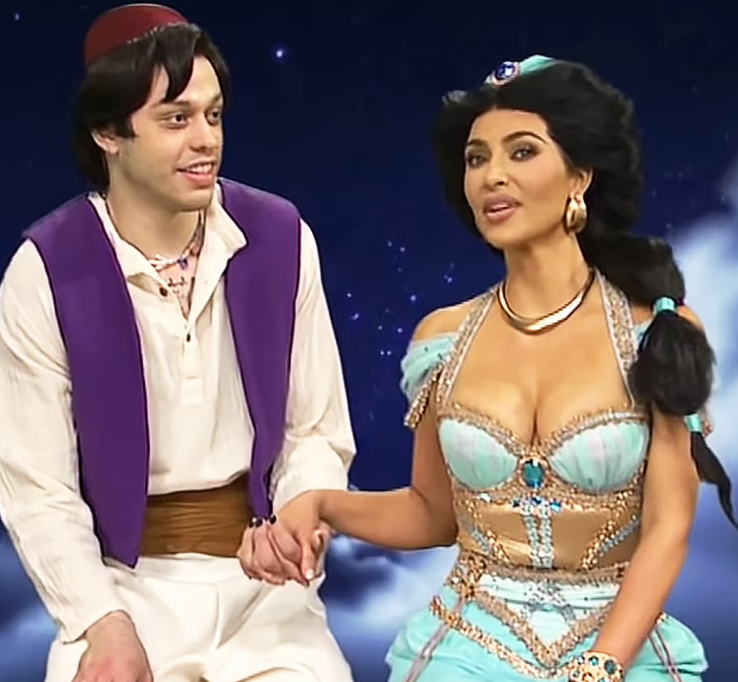 However, the quirky couple did not sit well with everyone. Kayne West had numerous fights with Pete, calling him Skete and even rapping he would "beat Pete Davidson's a**."

In the video for the song Eazy, Kanye buried a clay version of Pete.

Entertainment Tonight source claimed that Pete "finds the fact that Kanye included a cartoon version of him in his music video hysterical. He is almost flattered by it all because it is so ridiculous to him.'" 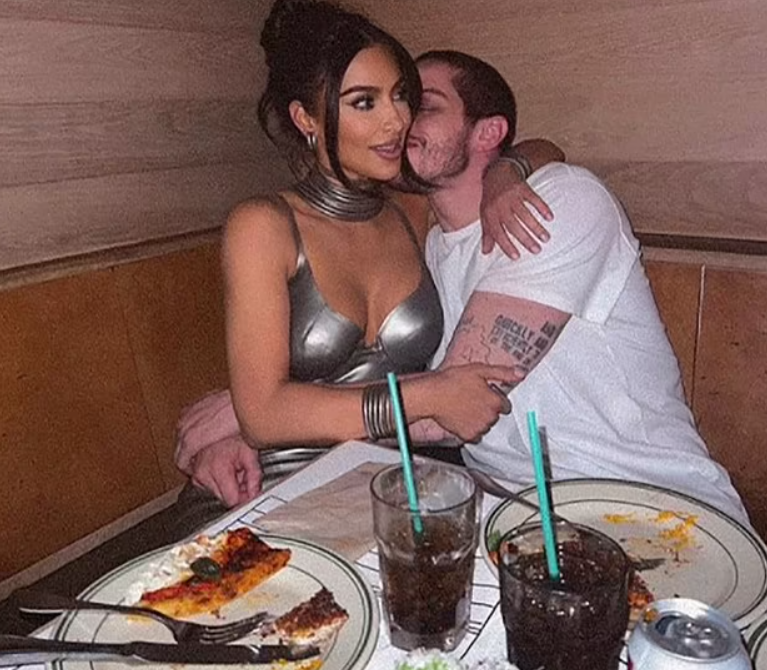 Kanye defended the video, saying, "Art is not a proxy for any ill or harm. Any suggestion otherwise about my art is false and mal intended."

Pete and Kanye feud continued arguing, and among revealed personal texts, Pete told Kanye he was "In bed with your wife." 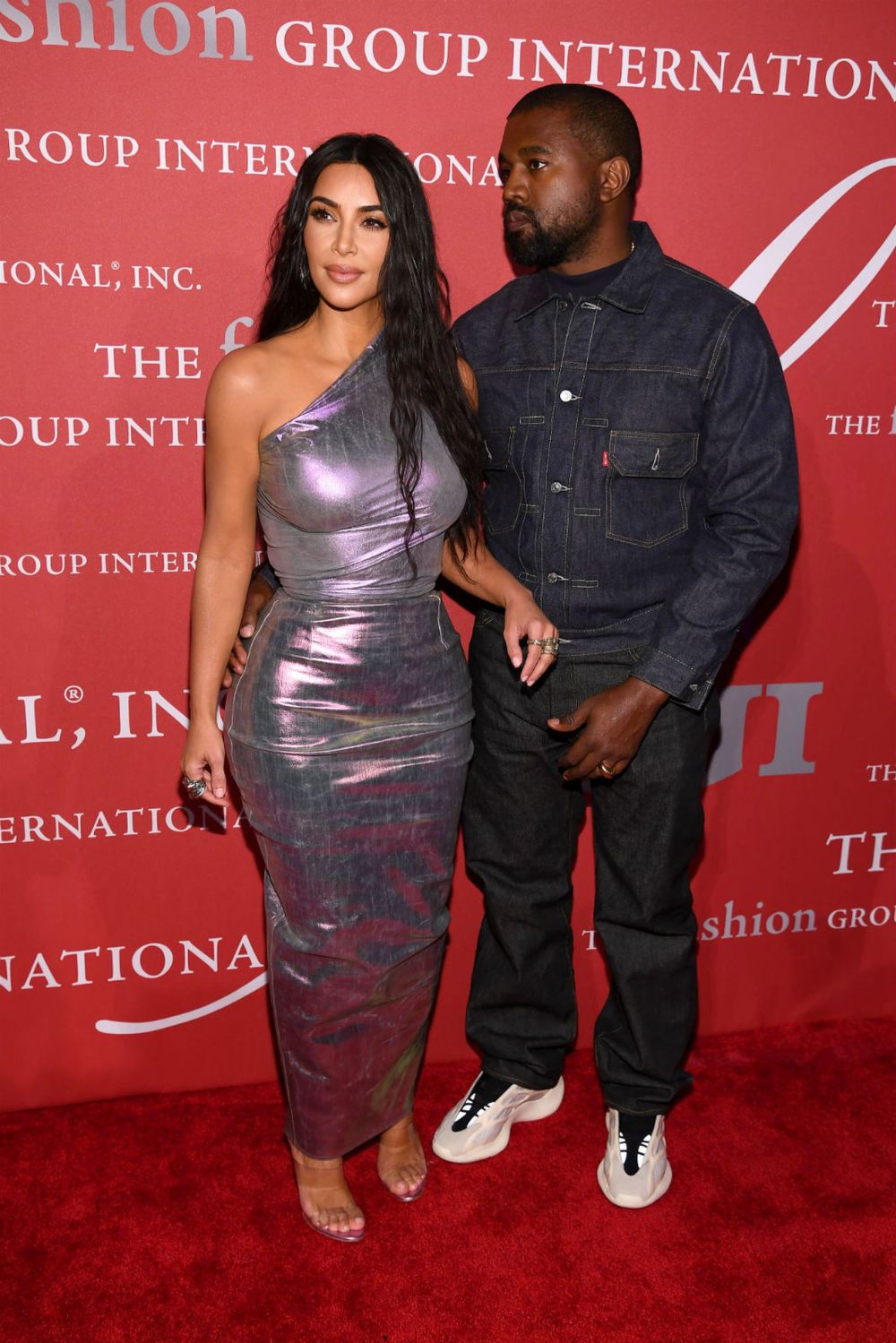 Davidson tried to meet with Kanye but was unsuccessful, so their drama finally fizzled off.

During the series finale, Kim told Khloe, "If people knew what my relationship really was like, I think they would be like, 'How did this last this long?'"

"But I can live with myself knowing that I tried everything humanly possible to make the situation work so I could walk away guilt-free." 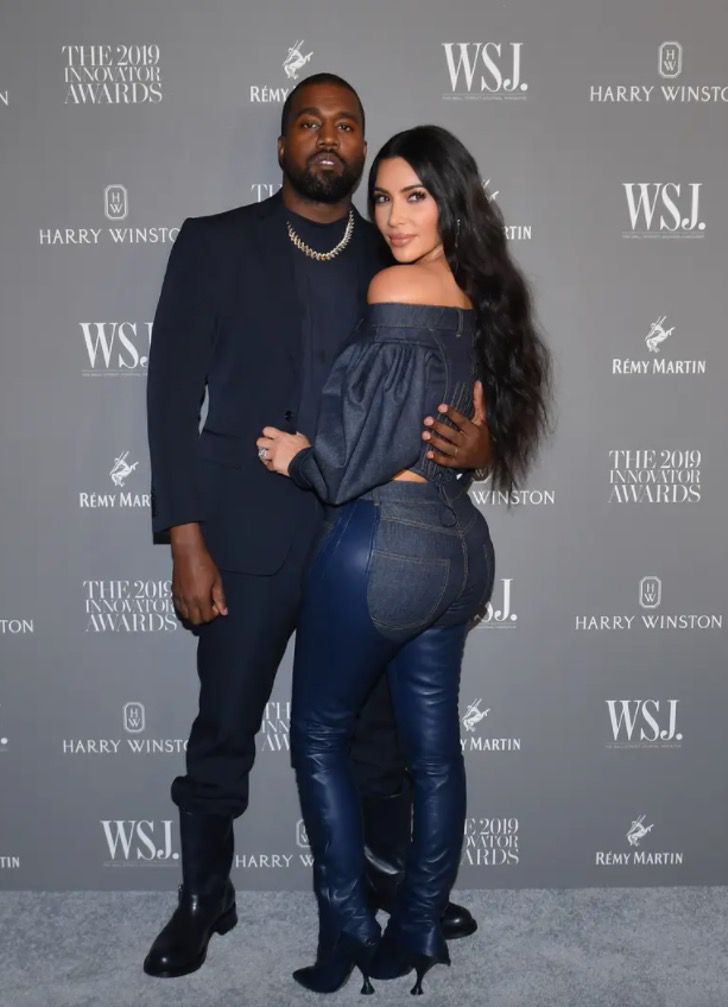 Kim added: "I feel like you could at least say... you had a family, you tried everything in your might, and you can look your daughter in the face and say that."

Just last week, a source told UsWeekly, "Kim and Kanye have been co-parenting very well as of late. They are very civil with each other right now, there are no issues. They are both treating each other with mutual respect." 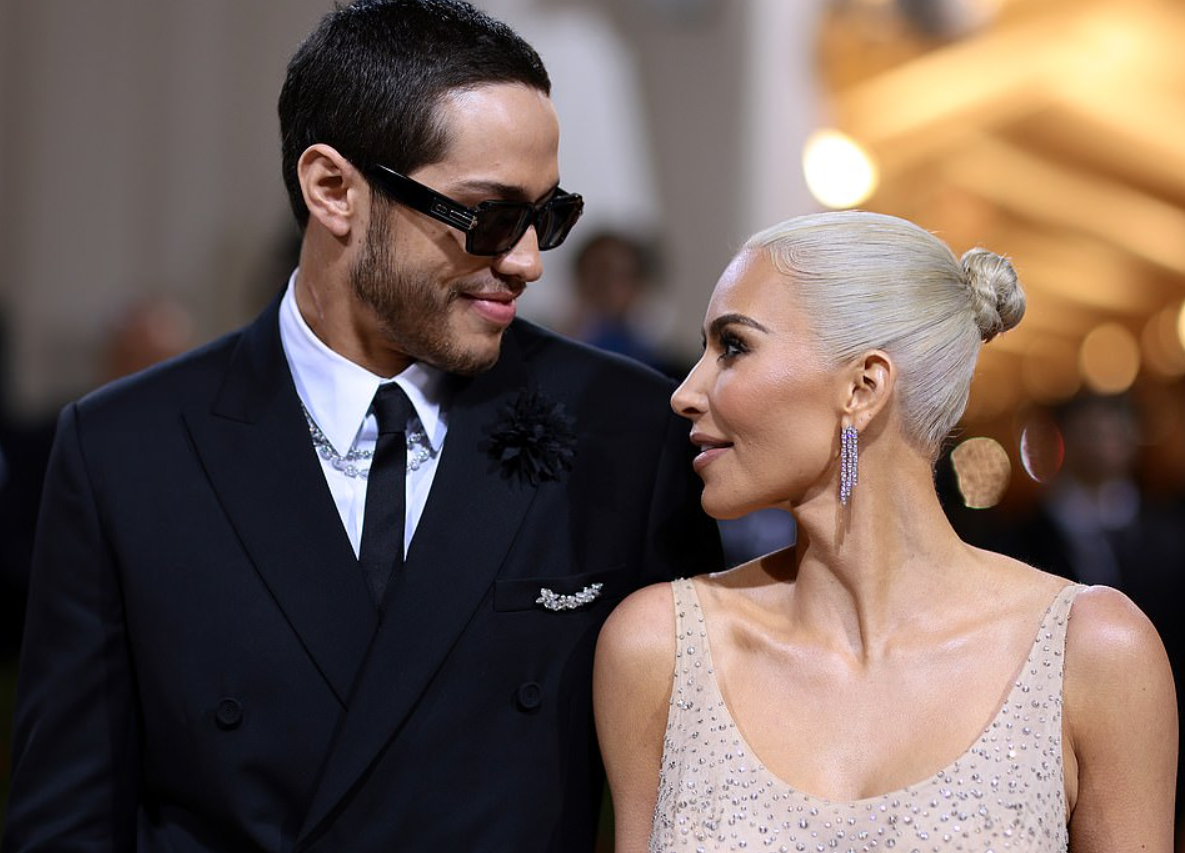 Kim and Kanye have been legally separated since March 2, and their divorce proceedings will start next week.

The exes are clearly in a better place since Kim and their children North and Chicago posed in Jeezy. Kim shared the snaps on Instagram. 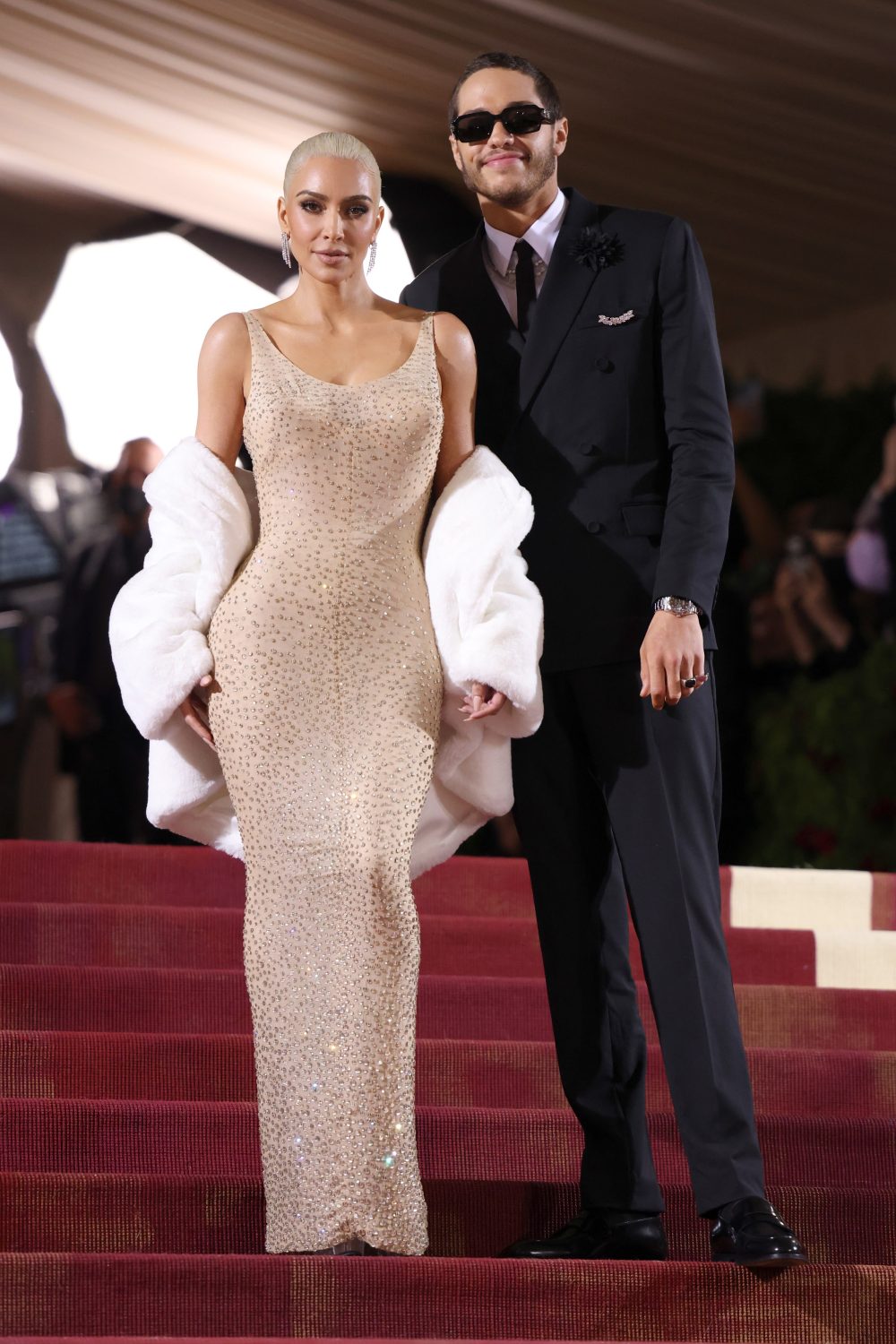 Earlier in June, Kim wished Kanye a happy Father's day, writing, "Thank you for being the best dad to our babies and loving them the way you do! Happy Father's Day, Ye!"

During a North's basketball game, Kim and Kanye "spoke from time to time throughout the evening and appeared cordial." 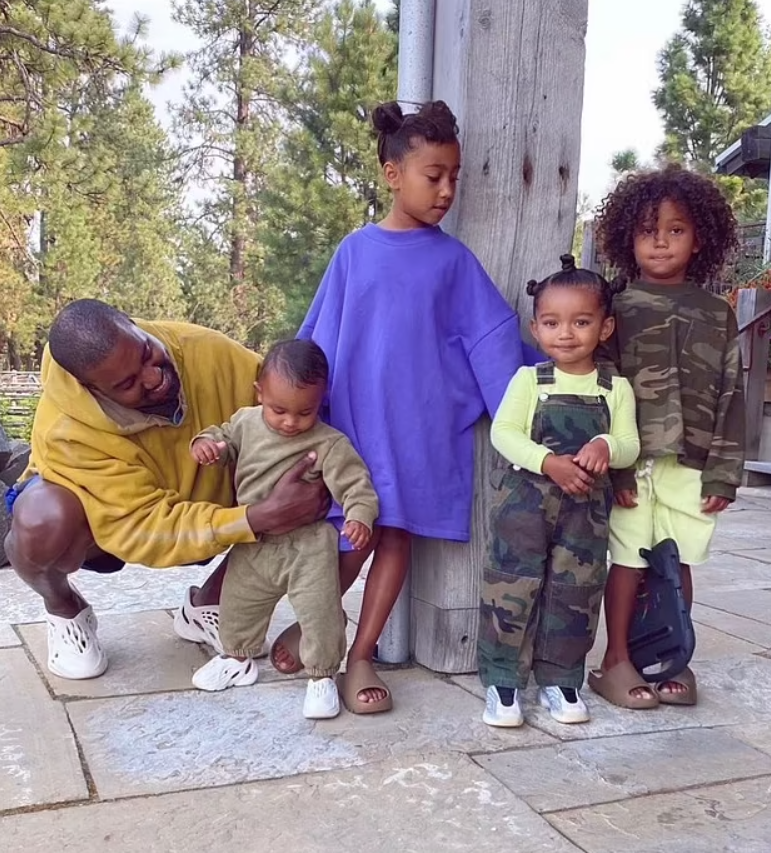 The two also appeared together at Chicago's dance recital.

As for Pete and Kim, the former lovebirds walked the Met Gala together and attended the White House Correspondents Dinner. They went to Tahiti together, and Pete got a blessing from the momager, Kris Jenner, who called him "great." 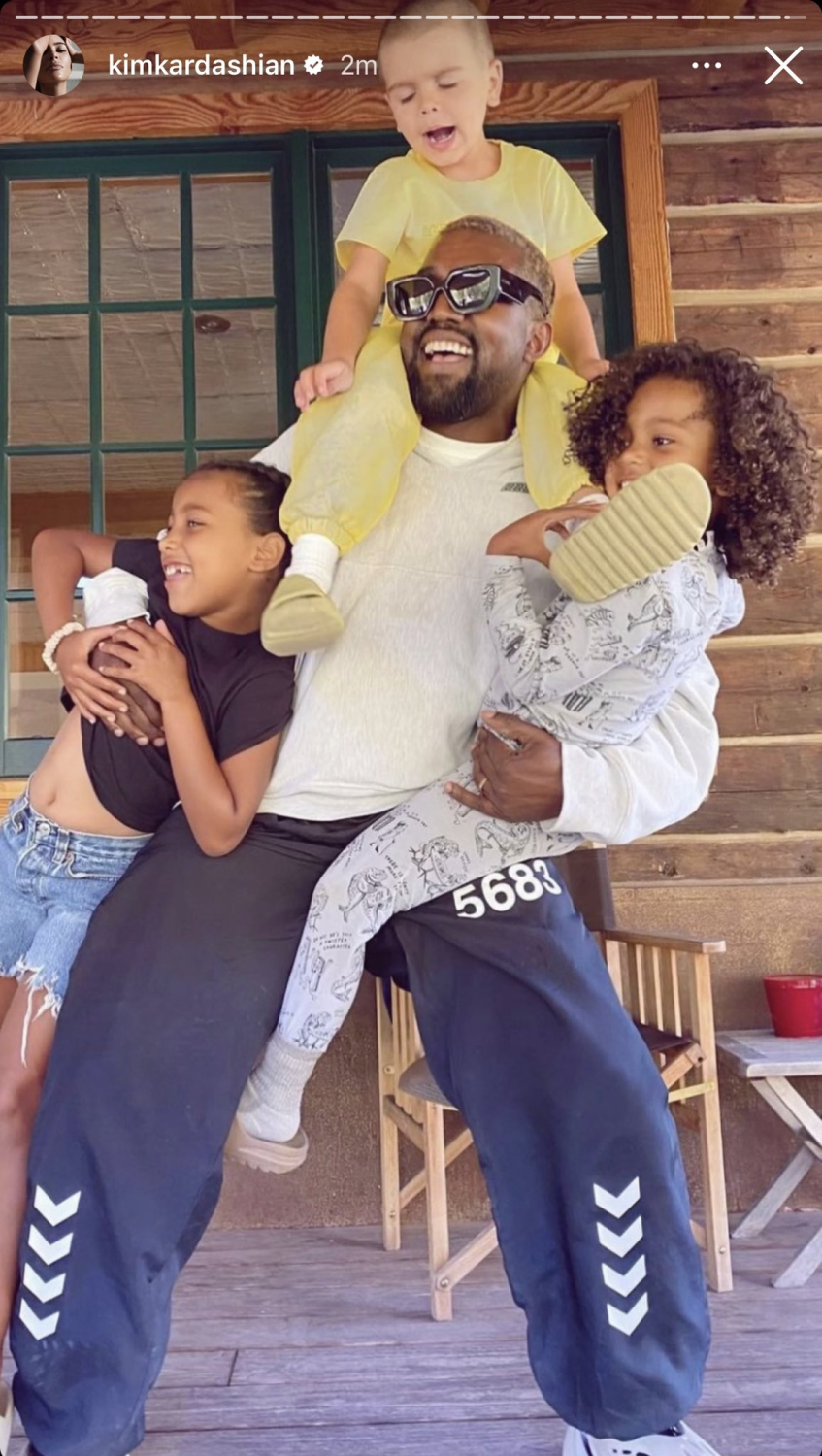 Kim married Damon Thomas at 19, but the marriage was annulled.

She dated Ray J, and their infamous tape became iconic and launched Kim's career, as she later admitted. 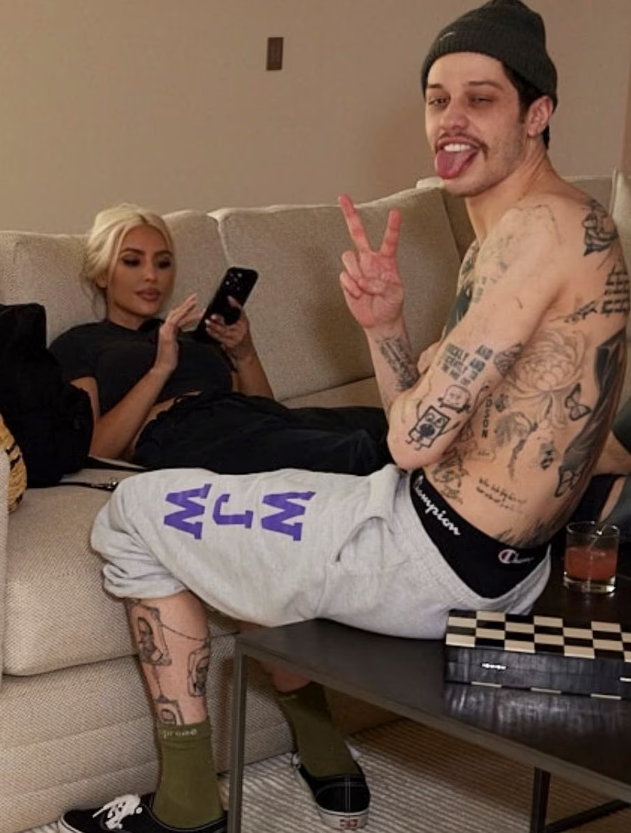 Kim had a lavishing wedding to Kris Humphries, but the marriage only lasted 72 days.

Finally, Kim and Kanye got married in Florence in 2014. After three children, they are waiting to be legally divorced. 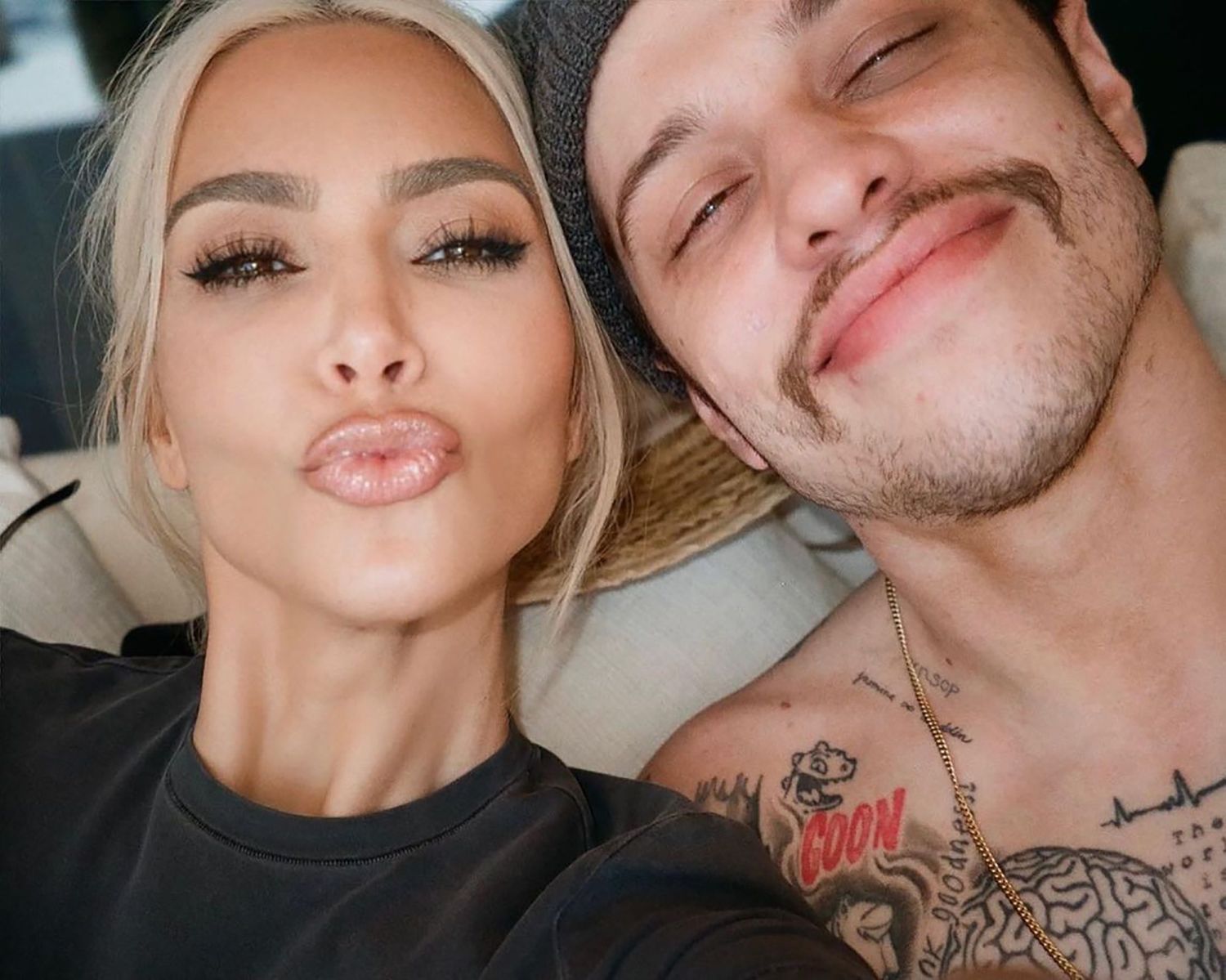 Despite Kanye's angry text, "YOU WILL NEVER MEET MY CHILDREN, " Pete and Kim's children were on friendly terms."

Entertainment Tonight learned that the Kardashian family helped Kim navigate the whole thing with Kanye while moving from the marriage with Pete.

Here is a small reminder of the way they were: