"The Vulture and the little girl" is a photograph that appeared in The New York Times on March 26, 1993. Although it was initially believed to be a girl, it turned out to be a photo of a boy, utterly exhausted from hunger, trying to come to the United Nations Food Center in Ayod, South Sudan, while a great vulture lurks near him.

The dramatic image by Kevin Carter won the Pulitzer Prize for Functional Photography in 1994. 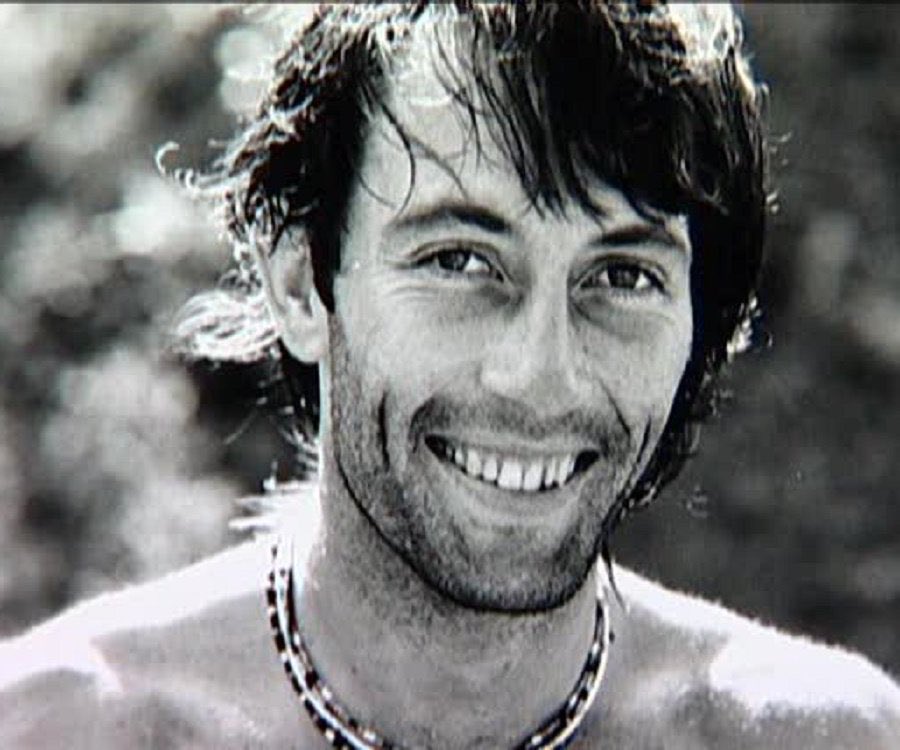 The photographer Kevin Carter was born in 1960 in the suburbs of Johannesburg, South Africa.

As a young man witnessing South African apartheid, he recognized what many white people did not want to see, including his parents. While serving in the army, he experienced problems because he was considered a "n**** lover." He received severe beatings when he stepped in to protect a black man. Feeling he was on the bad guy's side, he decided to desert.

He worked for a while as a DJ under the false name of David. During this period, traumatized, embittered, and generally upset, he tried to commit suicide for the first time.

He survived and returned to the military to complete his service, after which he began working as a sports photographer for the Johannesburg Sunday Express.

With the beginnings of the rebellion against apartheid, Kevin Carter, as a photographer, took an active part, showing all the brutality of the conflict. He is the first photographer to capture the execution through Necklacing.

The necklacing death takes up to twenty minutes. It wasn't clear to him if it even made sense to photograph it. Regarding those photos, he expressed his suspicion that the presence of cameras may fuel the desire for this kind of brutality.

Kevin Carter became close with several photographers, including Ken Oosterbroek, Joao Silva, and Greg Marinovich. In the period of internal conflicts in South Africa, they were exposed to great dangers by risking their own lives every day.

Kevin Carter and some others were drugged most of the time to make it easier to face the dangers and get closer to the street warriors. Due to their work style, they became known as the "Bang-bang club." While most remain on marijuana, Kevin Carter begins to use heavier drugs.

In that time, for a 1990 photo of an ANC member stabbing a Zulu member, Greg Marinovich received a Pulitzer award.

The Vulture And The Little Girl (The Struggling Girl) 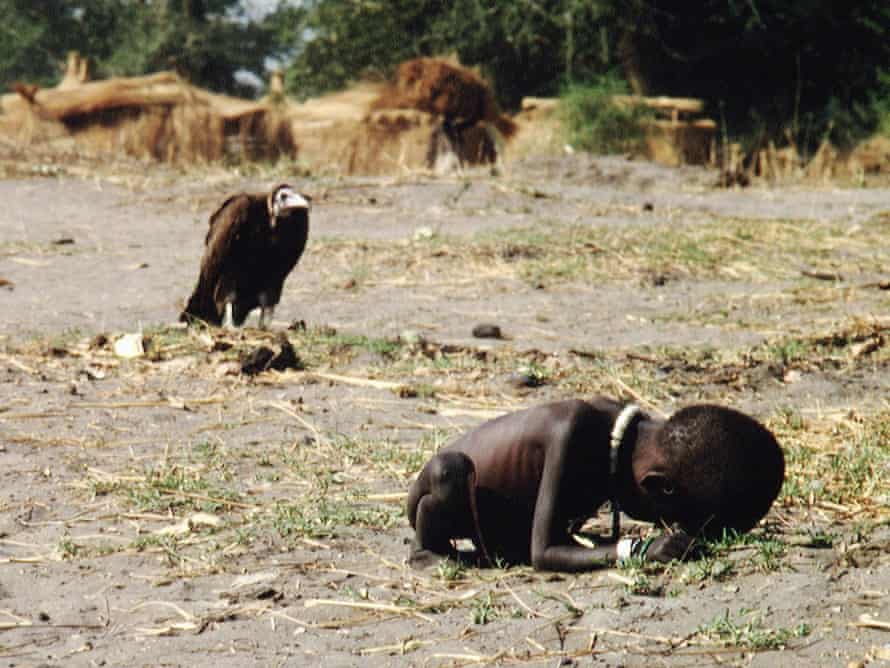 While most photojournalists went to Bosnia, Kevin Carter and Portuguese João Silva went to Sudan in 1993. They landed on March 11 with a plane bringing humanitarian aid. At the airport, he was greeted by a scene of starving people resembling skeletons.

He immediately started taking photos. He stepped away from the camp and saw an extraordinary sight.

The photo was taken in 1993 during a humanitarian disaster in Sudan. In front of him was a starving boy he assumed was trying to crawl toward a UN camp. At that moment, the vulture also landed.

There was a shortage of food. People looked like those in the Auschwitz footage. Because of this photograph, Kevin Carter was the winner of the Pulitzer Prize in 1994.

The photo shows a starving child crawling towards the village of Ayod, where the United Nations camp was located. When the photo was taken, the boy was only one kilometer away from that place. The picture does not show the UN camp, but a vulture waits for its feast over the skinny child.

The New York Times published the photograph on March 26, 1993, as a metaphor for the situation in Africa. The photo shocked the entire world.

Thousands of people reacted primarily in the desire to find out what happened to the child.

Additional information was published that the assumed girl could get away from the vulture, but their fate is unknown. It is assumed that this boy, like many, died. Kevin Carter didn't know what happened to the youngster either. The photo made many realize that there are thousands of children whose destiny was to be surrounded by vultures.

The Responsibility Of The Photographer, Not Those In Power 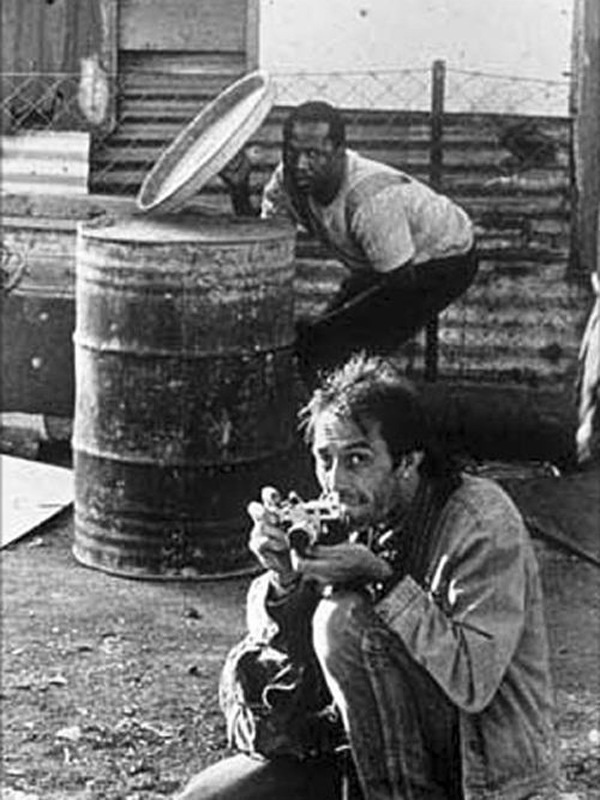 Instead of the story of real vultures in Africa, many were more interested in birds. Rather than talking about the causes of the situation in Africa, more was written about additional contingents of humanitarian aid. Instead of talking about the chronic passivity of the UN and its function, it was more important the photographer did nothing to help the girl except to frame her along with the bird neatly.

His personal responsibility could not be diminished. Yet, it was strange that the world in such situations expected responsibility from the photographer and not from those who ruled power, money, and weapons.

Allegedly, Kevin Carter waited for twenty minutes, hoping that the vulture would spread its wings. Then he scared away the bird. The story reduced to individual guilt seemed really shocking.

Kevin allegedly sat down under a tree and lit a cigarette. He cried and turned to God.

He had to feel that was it. It's that photo. That moment that probably every photographer wants and does not want to experience.

As stated in the descriptions, told by his friend Silva, Kevin Carter did not take the girl, nor did he take her to the camp. Her parents were supposed to be nearby, in line for humanitarian aid.

In essence, Kevin Carter also followed instructions on how journalists behaved in Sudan. For example, one of the journalists' rules is "always be kind to locals." But in Sudan, journalists were not allowed to touch the victims of hunger because of the risk that they could catch a disease.

Two Vultures In The Photo 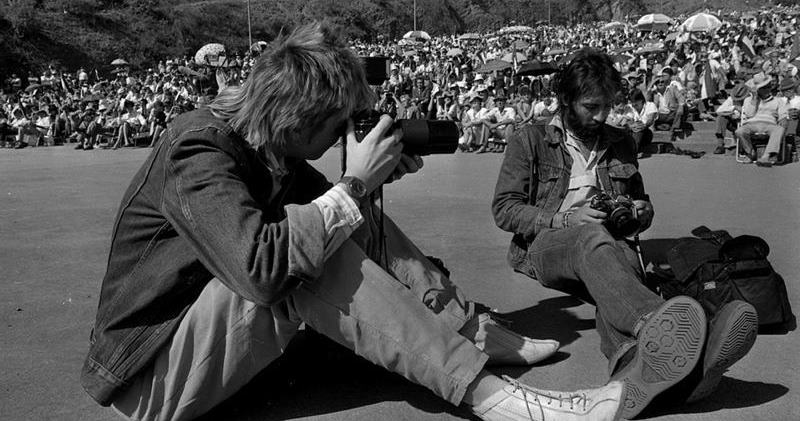 Nonetheless, critics of Carter's ignorance in the photo saw two vultures next to the girl. One we see and the other who took the photo. Discussions on this topic will be especially heated after Kevin Carter was informed on April 12, 1994, that he had won the Pulitzer Prize.

Affected by such attacks, he defended himself with his professionalism. Neither the award nor the words of praise from colleagues and friends could alleviate the depression that gripped him.

Drugs made the situation even more difficult, but there was more. The whole series of events did not go in his favor. Just six days after the information about the award, his friend Oosterbroek was killed in Tokoza. Marinovich was seriously wounded. His depression was getting worse and worse, and his girlfriend left him because of drugs.

He also had financial problems, and due to his complex mental state and drug abuse, his professional failures were becoming more frequent. While working for Time, he traveled to Mozambique, and after six days there, he lost all the recorded material.

On July 27, 1994, at the age of 33, he committed suicide. He was depressed, in debt, trapped in images of "living memories of killings and corpses… pain… children dying of hunger, wounded children…."

Unlike people who rightly never got over the fact that he didn't help the girl, many professional photographers and journalists deeply understand all of Kevin Carter's weaknesses, flaws, and mistakes. 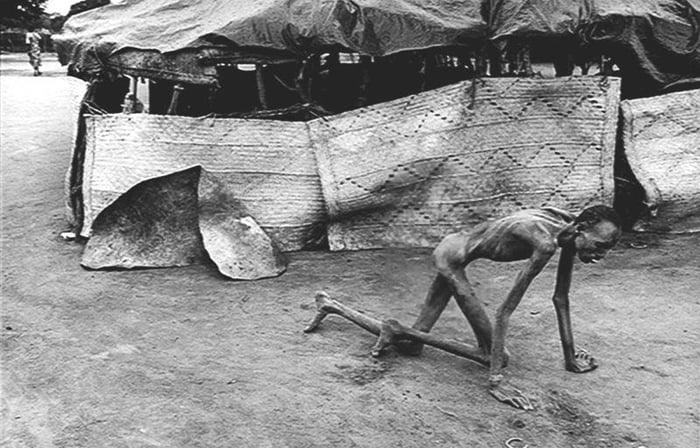 If being a photographer is your job, it's significantly different from posting photos on Instagram or Facebook. Click, click and click. Wait for your moment of glory. Then, one day you develop a film and see a vulture next to a child dying of starvation.

The life of a photographer is challenging. In unforgettable moments, the whole world collapses on you. You get a second to choose between the role of a dying child or a vulture.

That is what happened to Kevin Carter, a man whose success brought him death. 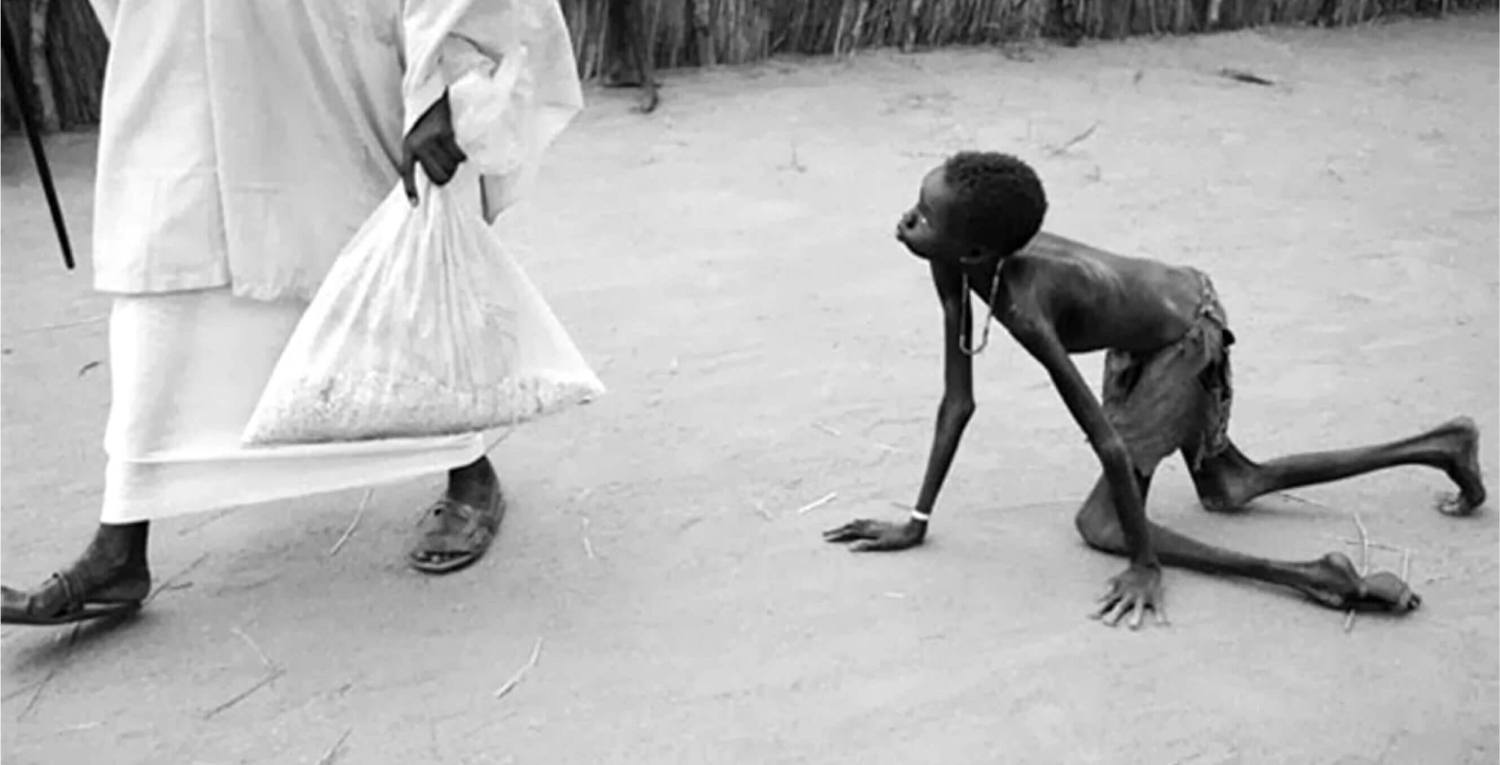 In Africa, the situation got even worse. Corn and rice continued to arrive on UN planes across the continent. At the same time, great powers opened banks, and corporations ruthlessly exploited gold, diamond, and all that poured on this beautiful continent.

Instead of being a force, all our lives, we watch starving children, humiliated people, people with AIDS, and drugged half-naked warrior-savages with modern rifles.

Meanwhile, without a sense of personal guilt, the world discusses Kevin Carter's morals and his photograph of the black-and-white world shown in color.