Kerri Rawson was born in 1978 in Wichita, Kansas. She knew her father as a veteran, church board president, and a Boy Scout troop leader, but his victims remembered him as the worst thing that ever happened to them.

In 2003, Kerri Rawson couldn't have been happier as her father walked her down the aisle.

Dennis Rader often took his daughter Kerri Rawson on fishing and hiking trips. She had no idea he was a brutal and remorseless serial killer who was binding, torturing, and killing people for decades.

Kerri Rawson will never forget the day she learned her father was a serial killer. The day started typically, but soon everything fell to pieces.

She had taken the day off, and then an FBI agent showed up.

The agent asked her if she knew BTK. She said she knew it was the person who was being sought by the authorities for committing various murders in Kansas. The agent then dropped the bombshell and told her:

"Your dad has been arrested as BTK."

Based on her father's advice about confirming people were who they said they were, she asked the FBI for his ID in case he was pretending to be someone he was not.

She could not believe what she had heard. Rawson remembers staring at a chocolate bundt cake as the agent told her about her father. She could not breathe.

It felt like the room was spinning, and she later realized that she was undergoing trauma at that very moment.

Several hours later, her dad started confessing to his horrifying crimes. Rawson realized he had killed a neighbor who lived down the street from them. The BTK Killer had strangled the older woman before taking photos of her body in bondage.

Soon after the arrest, his face appeared in papers and on television. Journalists started knocking on Rawson's door, and that night, despite not being a drinker, she drank vodka.

Kerri Rawson had to seek grief counseling and was diagnosed with PTSD, anxiety, and depression in the coming days.

Until then, Kerri Rawson knew she was brought up in a loving home by caring and doting parents. She could not reconcile what she knew about her father and what the world said about him.

Kerri Rawson had to rethink everything she knew about her life when her father was arrested in 2005. She particularly struggled because her father often killed young women like herself.

BTK Was Active In Church 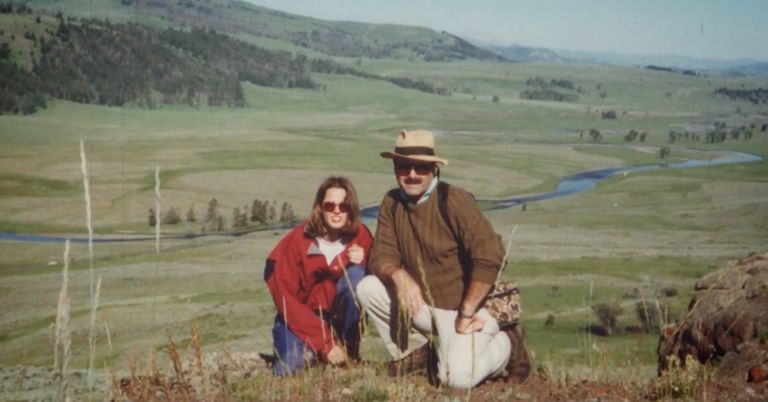 At around this time, he had a particular obsession with serial killers.

After his capture, he said he had abnormal sexual fantasies. He fantasized about binding women, although he did not carry out these fantasies when he was a teenager.

That changed after he left the Air Force in 1970. He had been in the military for four years.

From 1974 to 1991, he committed several despicable crimes without his family knowing about his sick psychosexual desires.

He also revealed that when he was young, his mother's ring got stuck in a couch spring. The fact that she was so helpless was so delightful to him.

The Many Crimes Of Dennis Rader, The BTK Killer 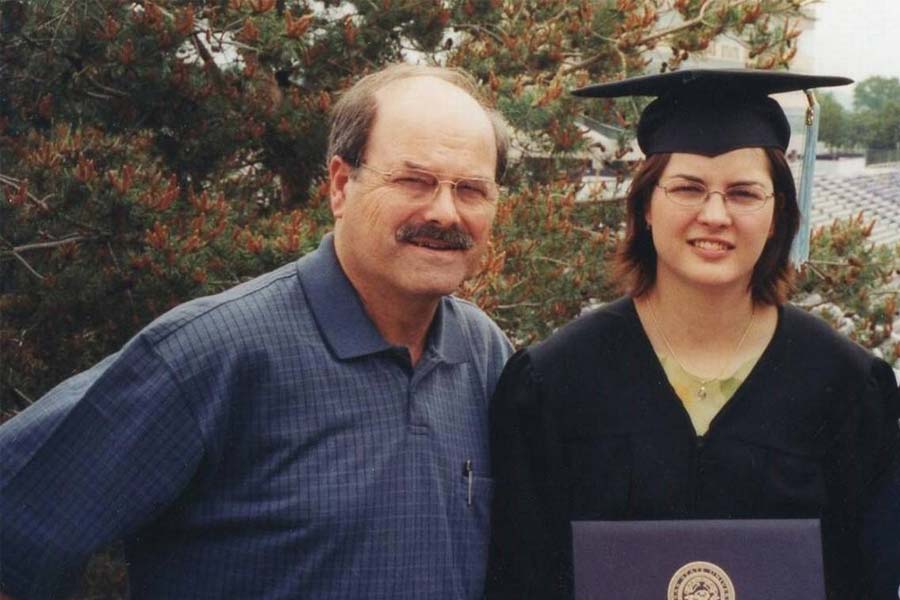 Over 30 years, BTK Killer was a nightmare to residents of Wichita. There was, nevertheless, a five-year break in his crimes between 1986 and 1991.

In addition to committing his crimes, he would torment the authorities with letters, diagrams, and poems. He gave himself the name BTK because he bound, tortured, and killed his victims.

Initially, he killed Joseph and Julie Otero and two of their kids in January 1974. In the same year, he killed Kathryn Bright.

In 1977, he killed Shirley Vian and Nancy Fox. In April 1985, he killed Marine Hedge, his eighth victim, and then killed his ninth victim in 1991, five years later.

Because Kerri Rawson was born in 1978, years after the killings began, she considered herself a crime victim. She realized that her father killed a young woman when her mother was three months pregnant with her.

Did She Have Any Idea Her Father Was A Killer? 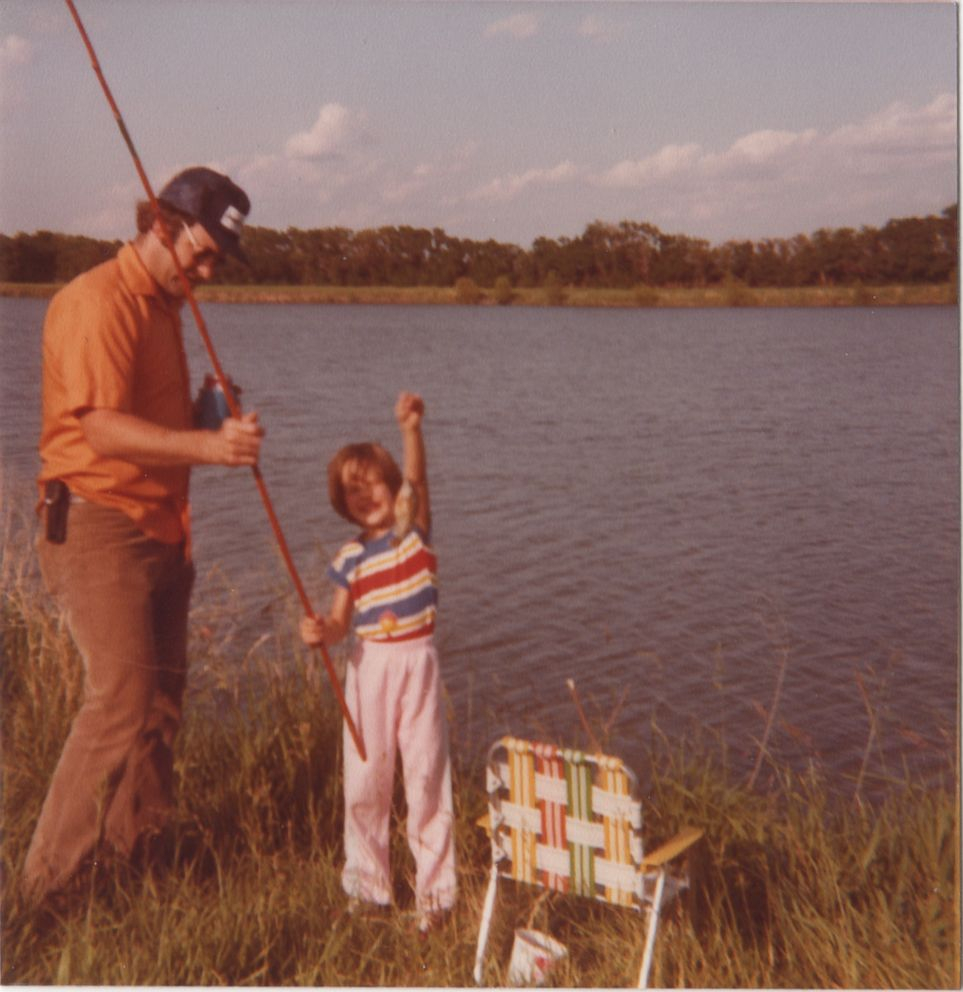 Kerri Rawson had no idea that her father was a killer. She said that if she did, they would not have agreed to continue living in the same house with him:

"... we would've gone screaming out of that door to the police station."

They had a typical life and considered themselves an average American family before their world was turned upside down.

Nevertheless, she admitted that after knowing that he was a serial killer, the clues that he was secretly a monster were all over the place.

For instance, his random and violent outbursts started to make sense, as rare as they were. In one of these incidents, Rader choked Rawson's brother Brian during dinner until his face turned white.

He also had many "late nights" at work that he liked to complain about.

Still, it was just as hard to conclude that he was a killer. For instance, he shed happy tears when Rawson married her college sweetheart, Darian.

On June 27, 2005, Rader pleaded guilty to 10 counts of first-degree murder. Today, the BTK Killer is in his 70s, and he is serving ten consecutive life sentences at the El Dorado Correctional Facility in Kansas without the possibility of parole. 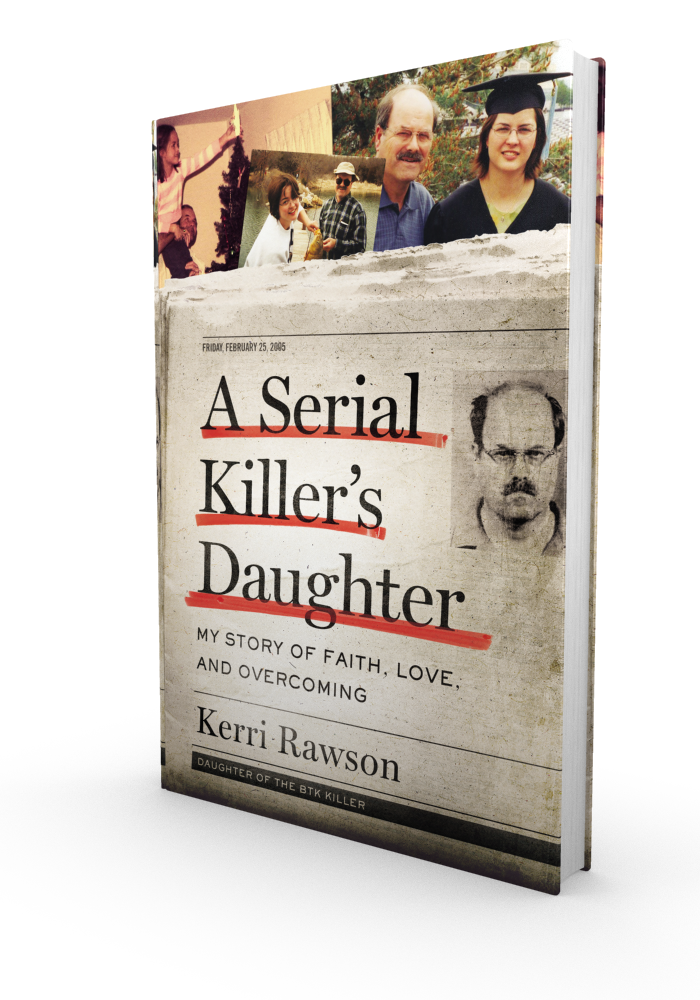 Since learning about her father's dark history, Kerri Rawson has struggled to recover from the shock. She has since written a memoir, A Serial Killer's Daughter: My Story of Faith, Love, and Overcoming.

After BTK Killer was taken into custody, his wife was granted an emergency divorce two months later. Nevertheless, that did not end the nightmare of learning she was married to a killer.

She struggled to get on with her life.

Rawson's mother also struggled to read her daughter's memoir, but she kept reading even though she knew what was coming. At times, she had to take a break due to the trauma.

After reading the book, Kerri Rawson's mother was surprised to learn how much her daughter struggled after learning her father was a serial killer.

Generally, the book helped a lot because it helped the family handle the trauma they have been going through since Rader was put under arrest.

Since choosing to deal with her father's crimes so openly, many have reached out. These people are also dealing with trauma and PTSD due to past abuse.

Her goal is to be a different person, and she takes pride in helping others. She is also a mother of two, and for her own sanity, she has to avoid thinking about her father and what he did during his life as a criminal.

Kerri Rawson currently battles PTSD and is trying to get rest and space. The whole family has also tried to move on from what happened.

After her father's arrest in 2005, their relationship got strained, and she did not talk to him until she started writing to him in 2012. She kept writing him because she had forgiven him.

She said she was not talking to the killer but the man she knew and loved as a father for more than 25 years. To this day, she also says that she loves him, although she does not know the psychopath.

Rawson also got a letter from her father in which he mentioned that he had watched her interviews. He said they might help her heal a deep-cut wound and teach others to check people out when they feel that something is off about them.

He also said he had picked an "11th victim" who would have been his retirement victim because he was getting too old and wanted to back off as the BTK Killer.

Rawson is yet to visit her father in prison since his arrest more than 15 years ago. In 2021, she cut him off entirely and even filed a no-contact order against him after he started cyberstalking her.

She made the revelation during the 2021 CrimeCon. He was sending her pictures of animals with gaping mouths.

He also wrote to the media saying Rawson reminds him of himself. The fact that he was signing crime scene memorabilia also motivated Rawson to cut ties with him.