Keanu Reeves has been a Hollywood icon for over 20 years, and he's among the most generous actors. If you need proof, he funds children's hospitals and cancer research. He also donated his ancillary profits from The Matrix to a crew, which netted over US$40 million. 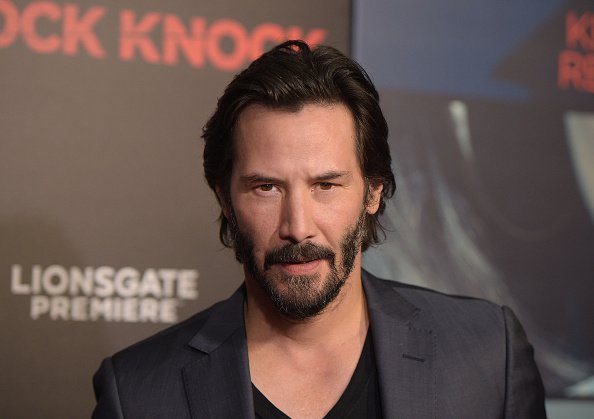 Despite his charitable acts, fame, and fortunes, he's also a lonely guy.

During the interview, Keanu was asked what 'love' means to him.

This was his response:

"You mean romantic love? You know, I'm the lonely guy. I don't have anyone in my life. But if it does occur, I would respect and love the other person; hopefully, it'll happen for me."

The interviewer then decided to dig a little deeper and asked Reeves if he was 'content' with being lonely.

This was a more pressing question than Reeves had anticipated from someone who was probably a stranger.

"I don't concern myself with it that much. I'm an actor, so in terms of what you're asking about, I have no answer."

He also said that fame sometimes makes him feel like 'an animal in a cage.'

"There's definitely paparazzi chasing after you, but I don't go out much, I don't really do anything. I'm pretty boring."

After fans read about Reeves being 'lonely,' they took to the internet to explain to the world how he's an absolute treasure.

Reeves's comments were even more heartbreaking, considering what the actor endured in his early years.

He had a girlfriend, Jennifer Syme, who he met in 1998. The two fell in love instantly, and they were expecting a child.

However, their baby, named Ava, was born stillborn 8 months, a situation that caused a strain in their relationship.

They later broke up.

When Syme was attending a party at Marilyn Manson's in 2001, her car got involved in an accident, and she didn't survive. She died at 28.

Long before that, Reeve's father, Samuel Nowlin Reeves Jr., walked out on him and his mother, Patricia Taylor, when Reeves was 3 years old.

His sister, Kim Reeves, struggled with leukemia for about ten years. During that time, Reeves was Kim's primary caretaker.

Though Reeves has intimated that his past tragedies made him cautious of starting a relationship, it seems like he's now opening himself to the possibility of having someone in her life.