The 44-year-old ex-glamour model struck a pose for the photographers while attending the KSI v FaZe Temperr boxing match on Saturday night (January 14).

She wore a sheer black catsuit that highlighted her famous curves and covered her nipples with duct tape while posing for the photographers.

On the red carpet at the OVO Arena, Wembley, Katie ran her fingers through her light brown hair as she walked confidently in a pair of sparkling silver boots. 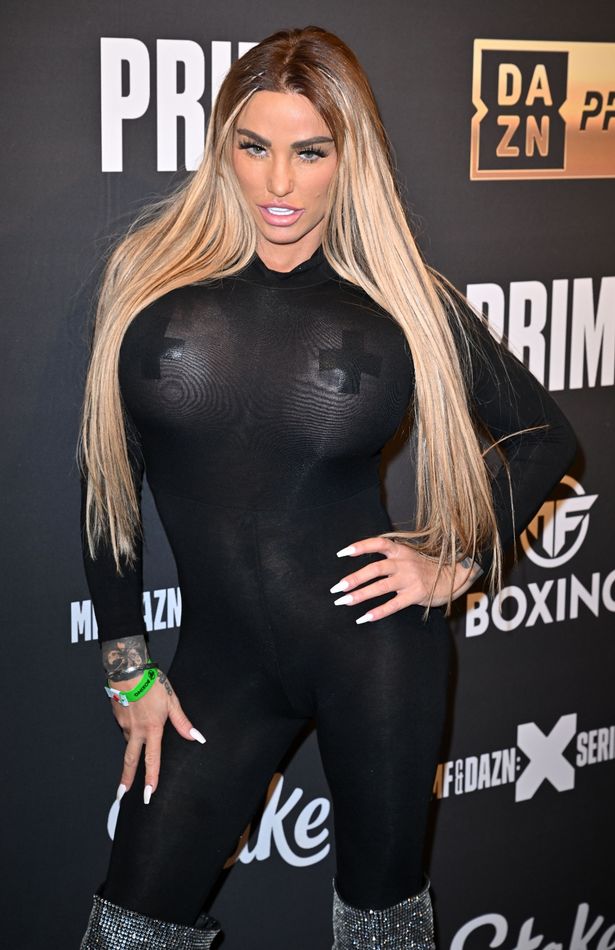 She was accompanied by her son, Junior Andre, 17, as they were among the first celebrities to arrive, along with Holly Willoughby.

This comes after Katie offered a number of her pre-worn bikinis and underwear for sale at a price of £10.

She frequently updates her fans with photographs and stories of her lively lifestyle through her social media channels, often posting multiple times a week.

However, on Thursday (January 12), the mother of five deviated from her typical content by selling some of her pre-owned size 16 bras to her dedicated followers. 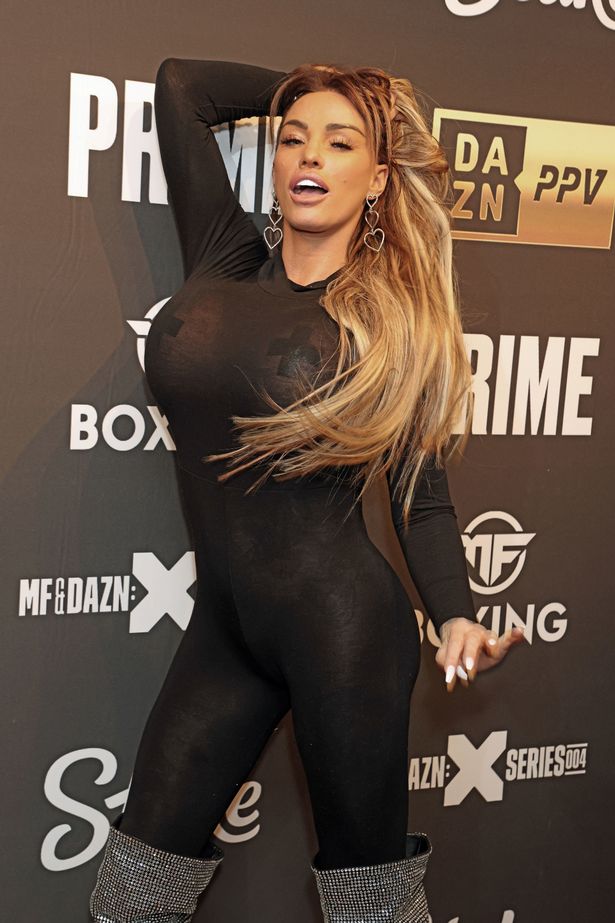 She appeared to be decluttering her wardrobe as she put several of her small swimsuits and underwear sets for sale on the popular online marketplace Depop.

One of the items currently available is a pre-worn size 16 bikini from the fashion brand Misguided, which is being sold for £10, but the star has warned that there would be no refunds for the swimsuit. 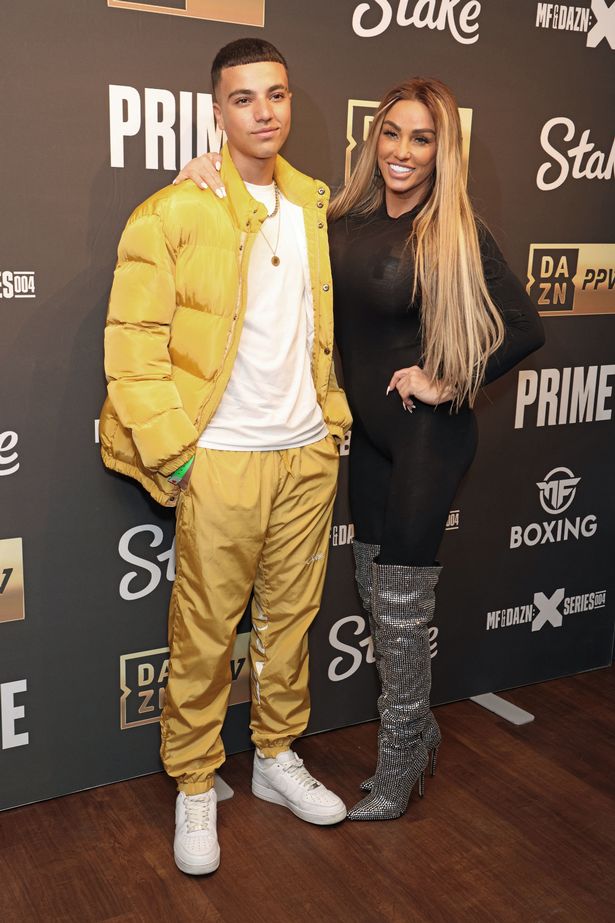 In addition to the small bikini, she also put several tankinis and lingerie sets for sale on the public platform for fans to purchase.

But this isn't the first time the television personality has put her pre-worn underwear and swimsuits up for sale, they have been bought by fans across the country in the past.

Katie has undergone her 16th breast augmentation with an aim of having the largest breasts in Britain, now having 2120 CC implants.

However, her latest cosmetic dream could be short-lived as reports suggest her recent surgery has caused her significant discomfort.

Despite displaying her augmented curves in various alluring photoshoots, the star has reportedly been experiencing "back pain" since her surgery last year.

An insider told The Sun, "Katie has been in agony with her new boobs as they are too big for her tiny frame, so they are giving her constant backache.

"She had this exact issue the last time she got massive implants in, and that was a big part of the reason why she had them taken out in 2016, but she'd hoped this time would be different."