At around the 10-minute mark, Kanye West is shown sitting with Adidas executives.

West pointed out that one of the actors sounded like a man sitting near him. He says, "You guys have done wrong by the company, by the business, and by the partnership."

The documentary dropped on Youtube on Monday, two days after Kayne's Instagram was restricted due to alleged anti-Semitic posts.

Among the four men in the video, one says to Ye, "What you're feeling right now is extreme discomfort, and that is exactly the point."

"These are all children of his mind, and you've kidnapped them," he concluded.

The man, who appears to be on West's team, also said that if "someone stole Stella's designs, you would be extremely upset." He referred to Stella McCartney, a fashion designer and long-time collaborator with Adidas.

Business Insider pointed out that the conversation might have occurred in September since Ye mentioned his Gap deal.

The man from Ye's team said they "terminated the Gap relationship, and they knew they did wrong." 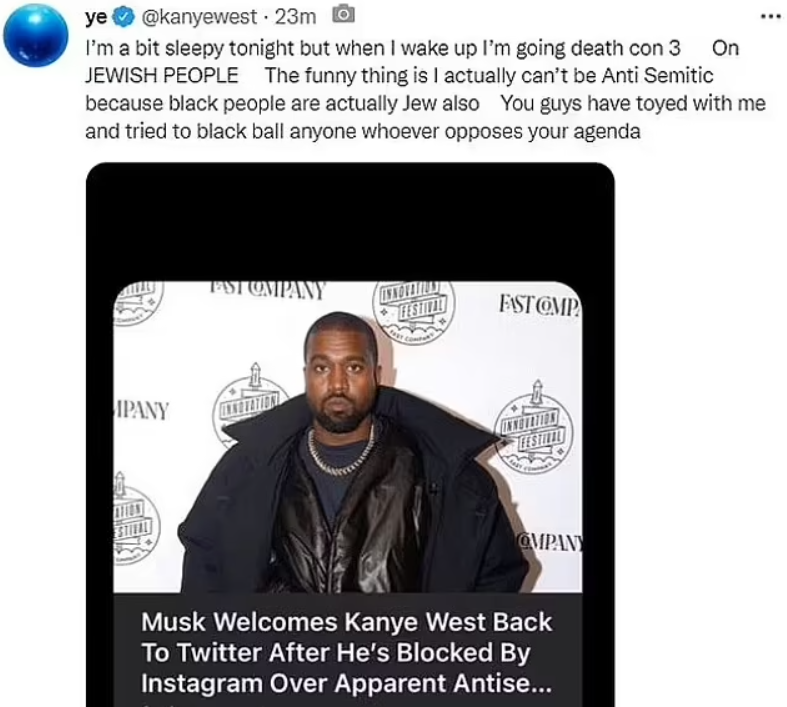 The documentary comes days after Adidas made claims they are reviewing their contracts with West.

Last week, Adidas said that the collaboration was "one of the most successful," but "after repeated efforts to privately resolve the situation, we have taken the decision to place the partnership under review."

Last month, Kanye said he plans to go on his own once the contracts with Gap and Adidas expire. 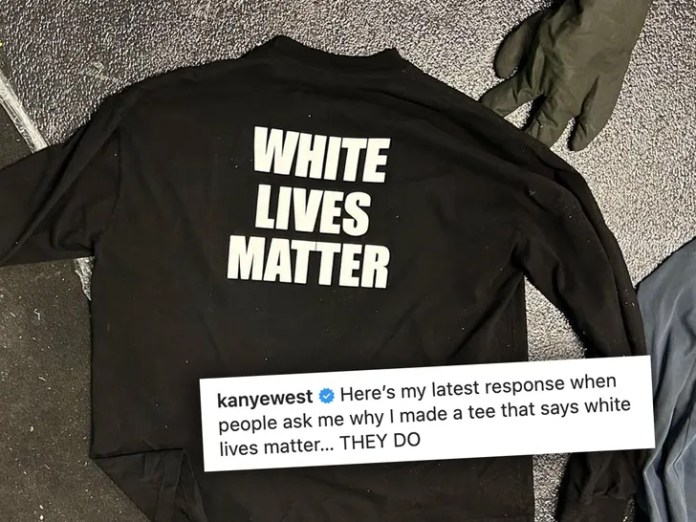 It was a busy month for Ye's social media accounts. Meta spokesperson told The Independent they "deleted content from @kanyewest for violating our policies and placed a restriction on the account."

The Anti-Defamation League has warned that Ye's behavior is "deeply troubling" and "dangerous."

Ye also dropped a collection that features shirts stating "While Lives Matter," causing quite a controversy.