Kayne is spilling the beans and taking no prisoners!

Talking to Jason Lee, Ye said that despite divorcing Kim, he took the second sex tape from her youth, explaining:

"I went and got the laptop from Ray J myself that night."

"I met this man at the airport, then got on a red-eye, came back [and] delivered it to her at 8 a.m. in the morning."

Though some would say it is a big favor, let's note further that the exes share three children.

The rapper and fashion designer said that Kim cried when she got it "because it represents how much she's been used." 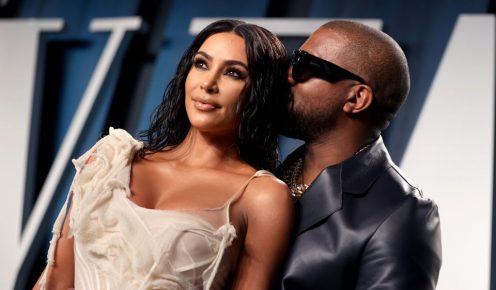 Kayne, who is enjoying his time with his new girlfriend, Julia Fox, added:

"It represents how much people didn't love her, and they just saw her as a commodity."

Page Six claims that the spokesperson for Kim Kardashian confirmed there was a laptop but did not say anything about the content:

"Kim remains firm in her belief that there is no new second tape that exists. After 20 years, she truly wishes to move on from this chapter [and] focus instead on the positive things she continues to do as a mother, entrepreneur, and advocate for justice reform."

Indeed, though Kim admitted that she got fame through an infamous tape, now, as a mom and a woman with a career, she would not want more media debacles over her indiscretions when she was young.

"Even though they are no longer together as a couple, they remain aligned with the same concerns about how this content that continues to be used against her will affect their four young kids in the future."

Kanye was spotted twinning with his girlfriend, who gave them a new nickname: Juliye. Fox, 31, is also in the process of separating from her boyfriend while getting used to being a single mom. Kayne and Fox appear happy, while Kim enjoys her romance with Pete Davidson.

Here's the whole interview with Ye, and what he had to say about Kim, his career, and everything in between: