Kanye West shared a series of now-deleted posts on Instagram and took a swing at the Kardashians in the process.

The award-winning rapper shared an exchange with his ex-wife, Kim Kardashian, and included his ex-mother-in-law and sister-in-law.

"My kids going to Donda. They not going to Sierra Canyon. Charlemagne tha God and Kris. Get your motherf*****g popcorn."

He continued by sharing an alleged message from Kim, which read:

"Can you please stop?"

"No. We need to talk in person. You don't have a say so of where the kids go to school. Why you get say say? Cause you half white?"

He wrote, next to the photo of Victoria Villarroel, Kylie Jenner's former assistant:

"Don't let Kris make you do playboy like she made [Kylie] and Kim do."

"Hollywood is a giant brothel Pornography destroyed my family I deal with the addiction Instagram promotes it. Not gonna let it happen to Northy and Chicago."

He also told people that he was "dealing with wars at the highest levels of control and discrimination based on the level I am operating at."

The rapper and designer insisted his mental health was not declining as he wrote:

"I was driven crazy before, I'm not going crazy no more. It's not up to Calabasas or Hulu where my kids go to school. I'm not the crazy one here. I won't stop until I have a say so on my kids no matter what it legally takes." 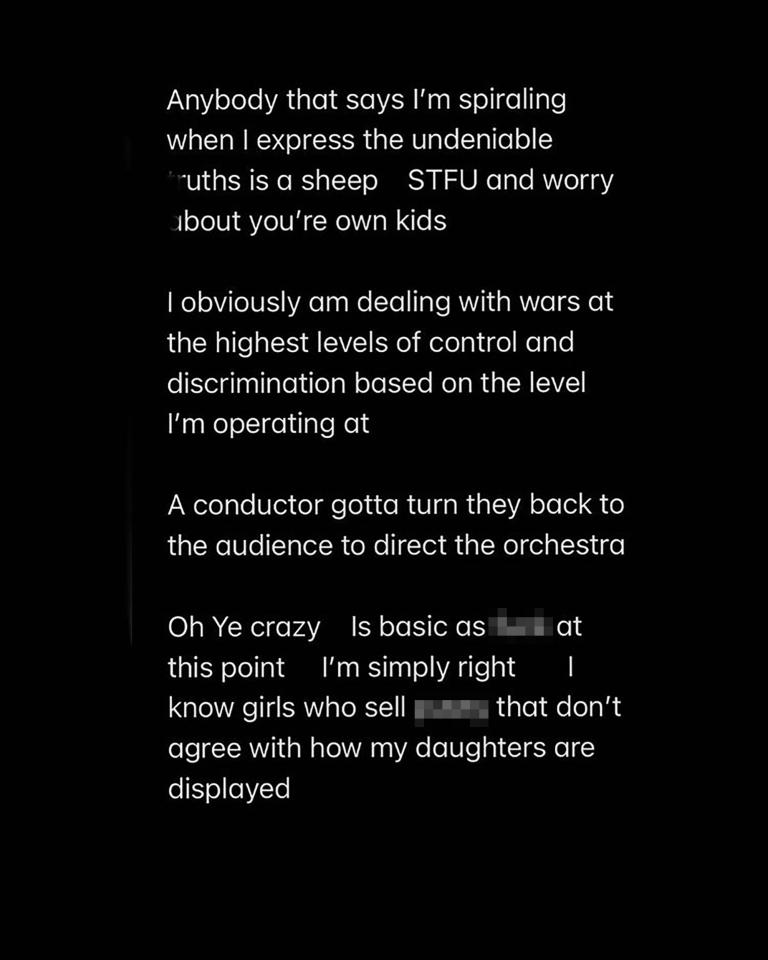 The rapper also shared a message from Kris, which said that she did not want to be part of the conversation.

Kayne's messages appeared on September 1st, and it is unclear whether he deleted them or if they were removed. 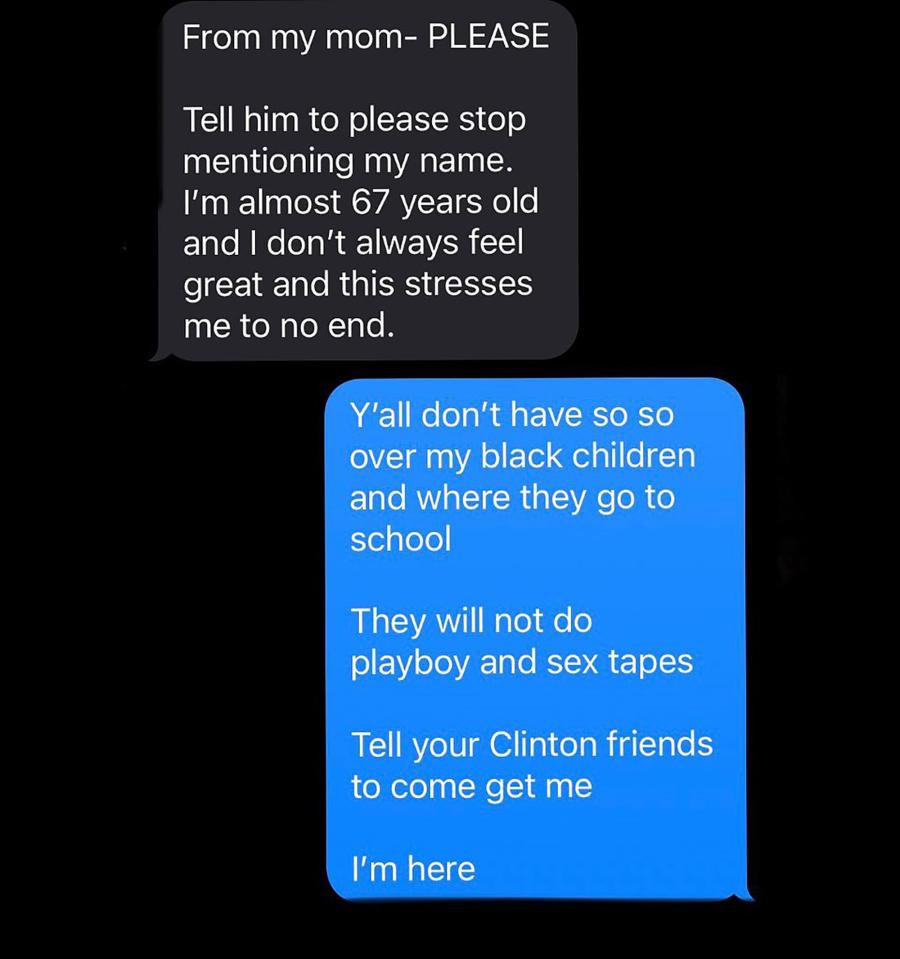 Previously, Ye complained about custody arrangements after he saw his oldest child on TikTok. He told the press how he got off the phone with Kim, adding:

"I am not allowing my daughter to be used by TikTok, by Disney. I have a say-so."