When discussing historical powers, you cannot forget the mighty Roman Empire. Some historians consider it to be the most powerful of all time. It certainly was not the biggest yet. At its peak, the map of the Roman Empire covered an estimated 5 million square kilometers.

From England to North Africa and Spain to Turkey, you can still find archeological evidence of this formidable empire today.

The Roman Empire at its height was said to be home to 1/5 of the Global population. It lasted from 27 BC until 395 AD as a unified kingdom, with its heyday in 117 AD. 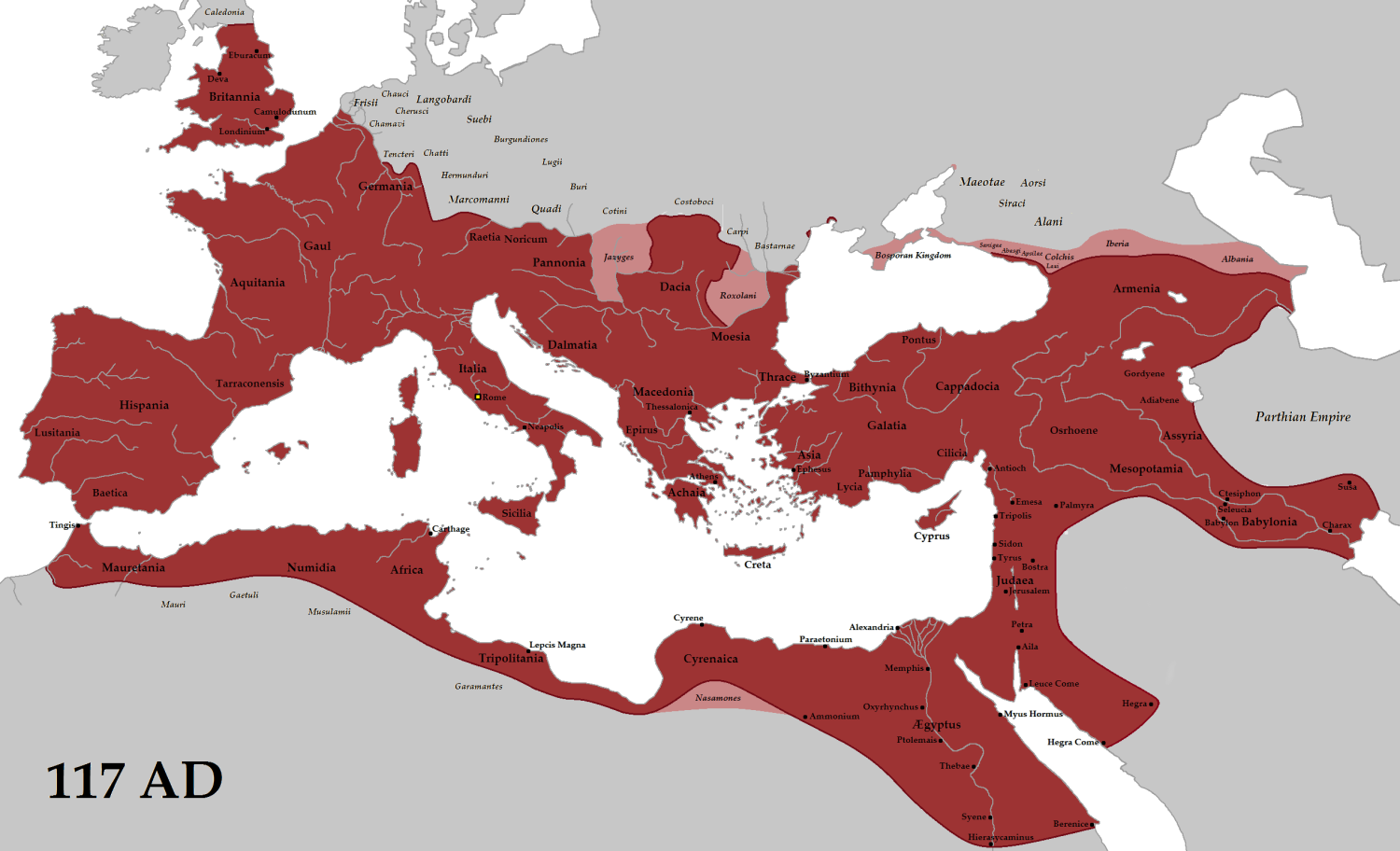 The territories controlled by the Roman Empire fluctuated throughout this time, but it always maintained a stronghold on the Mediterranean sea.

It is astonishing to imagine that such a powerful force could disintegrate, but it did. The great Roman Empire fractured into two separate eastern (Byzantine) and western empires in 395 AD. The Byzantine empire stood for over a millennium longer before it too collapsed.

The Beginnings Of The Roman Empire 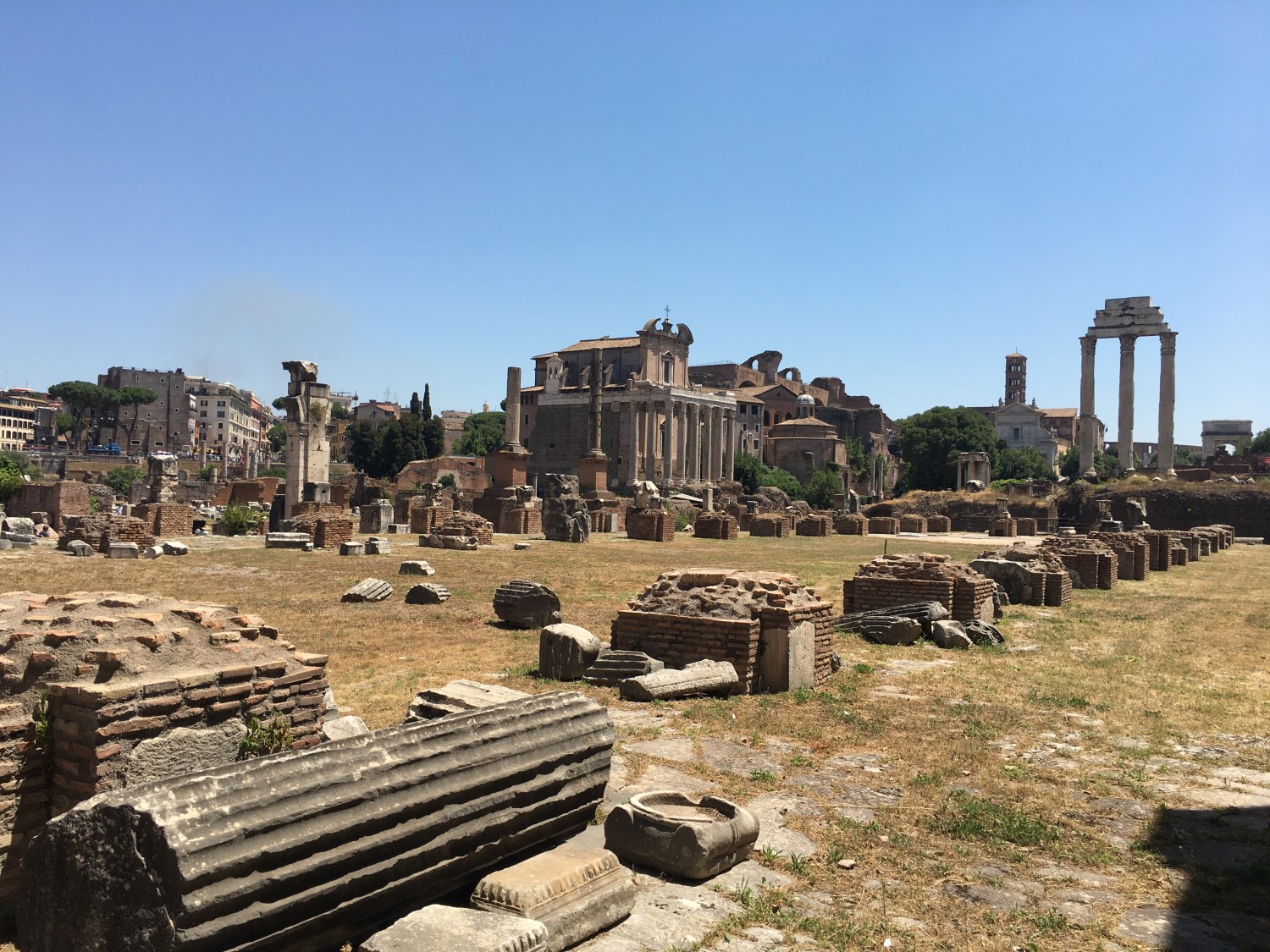 The empire's center was always the Italian city of Rome ― this is what it was named after. The town was founded around the 8th century BC and started as a rural village.

Over the next few hundred years, large parts of Italian territory were absorbed by the Romans, and by the 3rd century BC, they largely controlled what modern-day Italy is. In particular, the Romans had to defeat Greeks in the south of the peninsula. 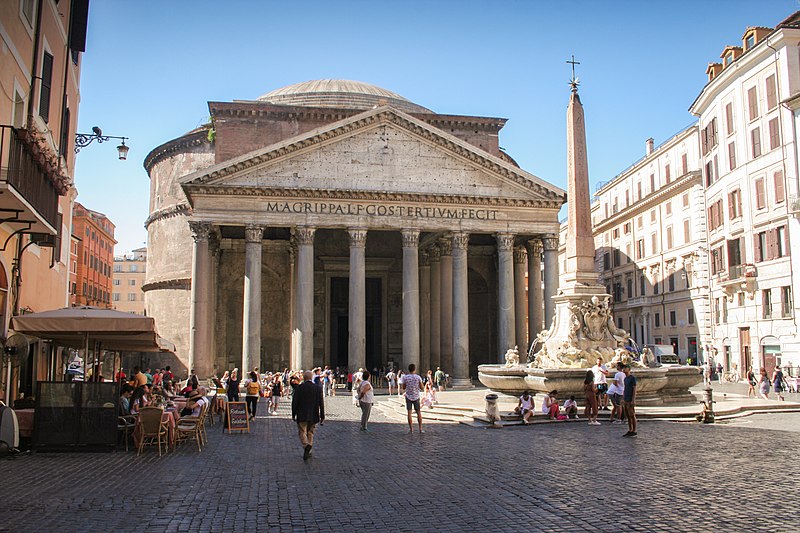 The next step in expanding the Roman republic was taking control of land elsewhere in the Mediterranean. The Romans' main rival was the Carthaginian civilization, which held territory in Sicily, North Africa, and Spain. The center of this empire was Carthage, located in modern-day Tunisia.

By 146 BC, Rome had defeated the Carthaginians and taken hold of their territory. It didn't take long after this for the Romans to seize other important regions like Greece and Turkey, by which point they were the undisputed kings of the Mediterranean.

Due to the increasing size of the republic, the best way to manage the territory was by giving these new areas some autonomy and sending Roman governors to monitor them. 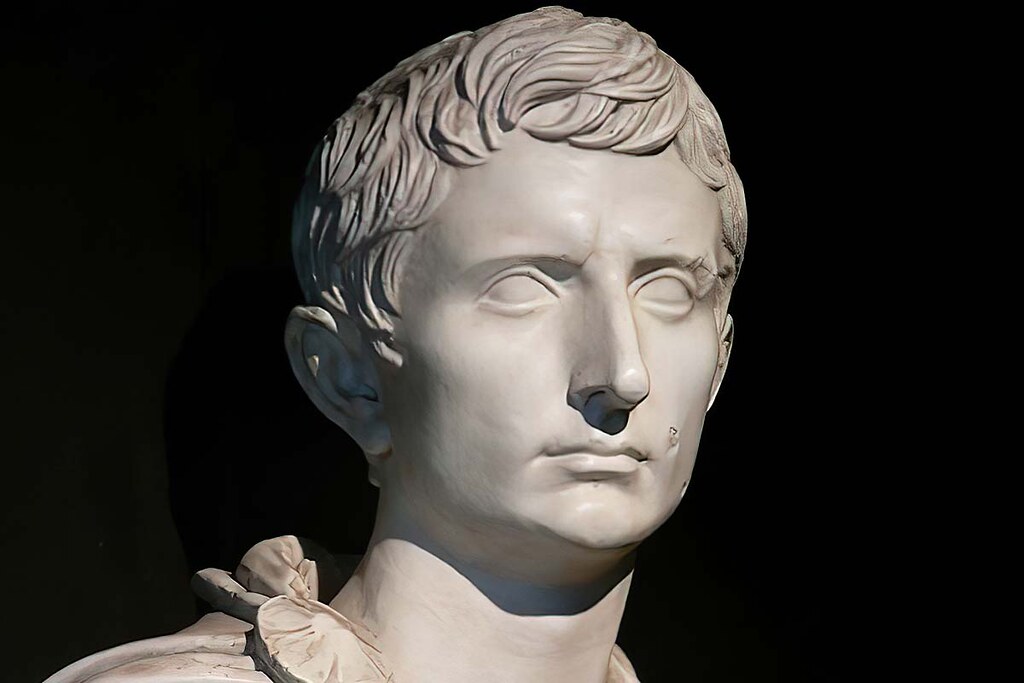 After becoming the rulers of the Mediterranean, the Romans made their first move toward the Middle East. By 60 BC, they had reached Jerusalem. They then pushed northward, taking France in 52 BC, then England in 43 BC. Julius Caeser's confidence in his armed forces was enormous.

As before, to grow sustainably, the Romans decided to give their new land some autonomy. The native governments remained in power but were forced to adopt Roman regulations and systems.

Caeser had hoped to be a lifelong dictator but was assassinated in 44 BC. A civil war ensued and was won by Caesar's adopted son Augustus. By 30 BC, Augustus had ended Greek control of Egypt. In light of this new domination, the Roman republic formally changed to an empire in 27 BC. 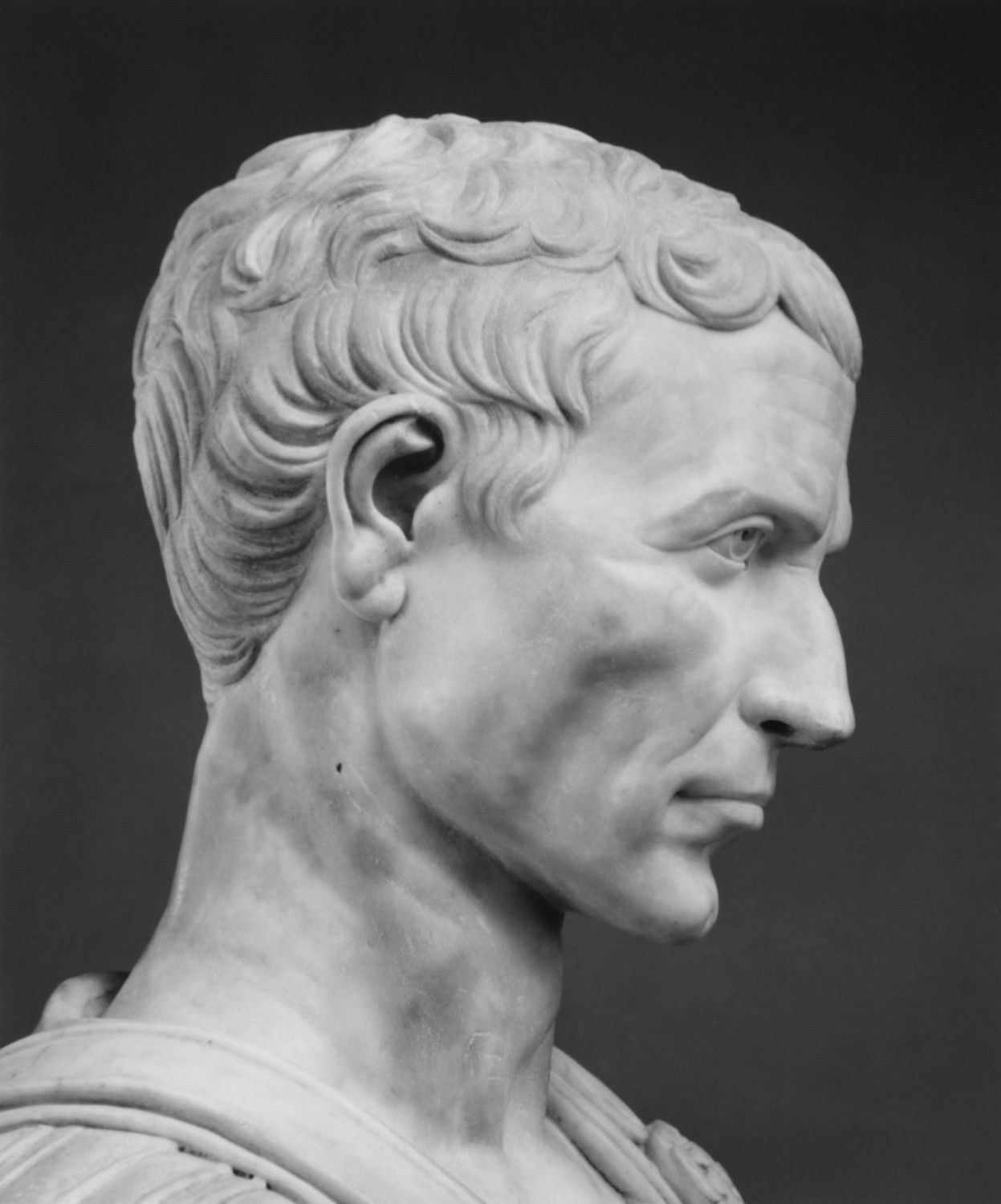 Julius Caesar is the most recognizable name from the Roman period, though he was not an emperor. He was the last leader of the Roman republic, and his death paved the way for a long line of emperors.

One very important Roman emperor was Trajan, who was in power from 98 to 117 AD. Trajan is credited with expanding the Roman Empire to its greatest extent by taking over other areas of Europe, including the Balkans, Hungary, and Ukraine. He then conquered the Caucasus by taking Armenia and increased Roman dominance in the Middle East by adding much of modern-day Syria and Iraq to the kingdom.

By the time the Romans reached the Persian Gulf, they were beginning to dream of taking India as well. Unfortunately, Trajan died in 117 AD, with the Roman Empire at its height, after which it never expanded further.

A Map Of The Roman Empire's Split

Eventually, it became unmanageable to maintain Roman laws over such vast areas, with many of these self-governing. By 395 AD, the Roman Empire had split into two separate sections. The western empire lasted less than 100 years until 476 AD, while the Byzantine empire continued until 1453.

The capital of the Byzantine Empire was Constantinople (now Istanbul). The eastern empire was significantly stronger than the western, so attackers were likely to focus on the west instead.

Furthermore, the west was weaker economically, so it could not fight off the Germanic invaders. Rome fell in 476 AD, while Constantinople stood for nearly a millennium longer, albeit with varying amounts of land.

How Did The Romans Conquer So Much Land? 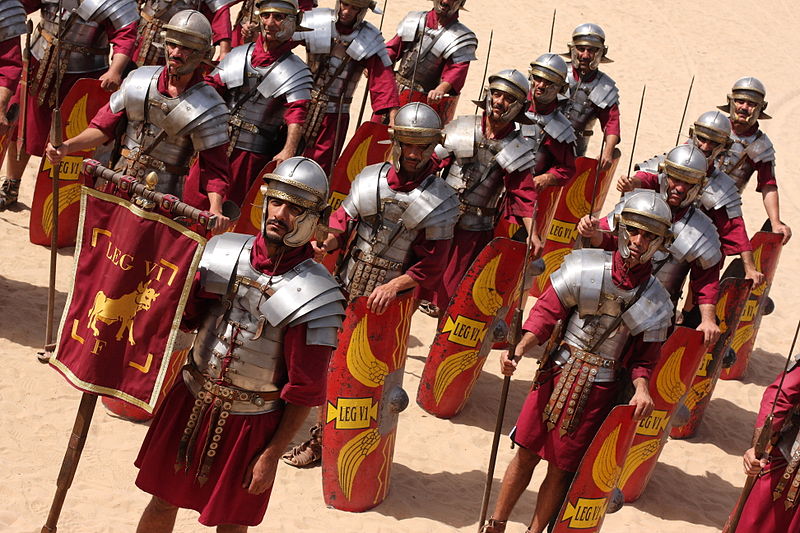 The Romans had a powerful military and mainly allowed newly captured territories to rule themselves. The strong military power also proved to be a weakness since money that could have been used for civil infrastructure was reserved for weapons.

The widespread nature of the territories also meant that communication was a significant challenge, leaving areas vulnerable across the Roman Empire map.

Other possible reasons for the empire's downfall include corruption, the erosion of Roman values, and a dependence on slave labor. 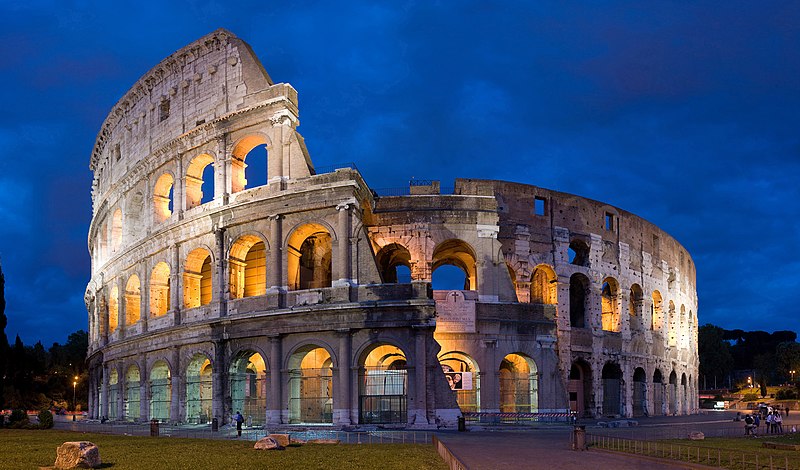 Though long gone, Roman civilization made significant contributions to the contemporary world in science, engineering, literature, and art. We can thank Romans for their breakthroughs in critical areas of infrastructure, including roads, sanitation, bridges, and aqueducts.

The Latin alphabet is used in most countries around the world, and the Latin language is the basis for major modern languages like French, Spanish, and Italian.

As we said at the beginning, many traces of architecture from the Roman Empire at its height still exist in Europe and North Africa. One of the most famous is the colosseum in the empire's old center of Rome. The upper boundary of the Roman Empire was defined by Hadrian's wall in the north of England, some of which still stands today.

There are many more incredible archeological sites to discover for those interested in the Roman Empire's rich history.