When the voice of the people isn't heard, the people take matters into their own hands. At least that's what most people who support this form of "justice," necklacing, believe.

Sometime in 1985, a woman, Maki Skosona, was attending the funeral of one of the youths who was an activist killed in a bomb blast. She didn't know that everyone there thought she was the reason they died and believed she was a government spy.

With the whole world watching through the eyes of cameras, they dragged her out of the funeral, forced a tire over her shoulders, and burned her alive.

A few months later, she was found innocent. 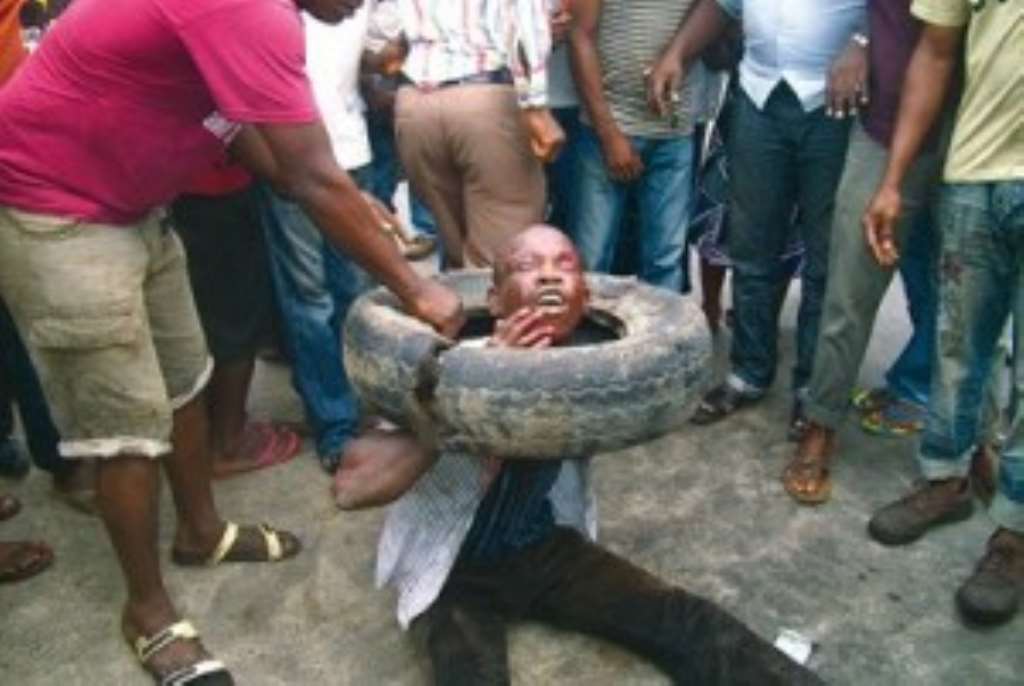 A few decades later, in the street in the eastern part of an African country, Nigeria, a young man is caught stealing from a store in the market. This is the fourth time this store has been robbed and the first time anyone has been caught.

He was dragged to the market square with an angry glaring at him, throwing not only insults but stones and rotten fruits too. But it was not enough for the people. They need to teach him a lesson, so more people wouldn't do the same.

Petrol flows down the crown of his head to the bottom of his feet. A tire is wrapped around his neck as he pleads for his life. He cries, begs, and some people plea on his behavior, but they are not very vocal because they know how the crowd will turn against them. Finally, someone strikes a match, and boom, he screams in agony as he burns alive.

They call it jungle justice, but this is what we know as necklacing, a terrible execution method that has stood the test of time. 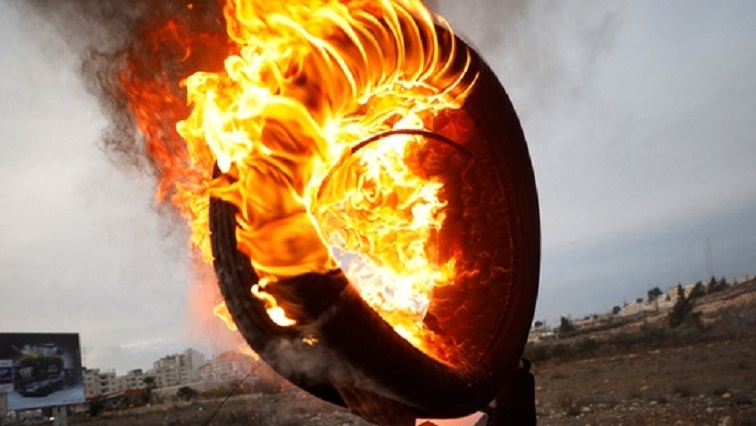 Necklacing was a punishment for traitors in South Africa. It wasn't used on white men or strangers. It was to punish those who betrayed their brothers and put the black community in danger. Those who collaborate with the government to delay their struggle.

Even though necklacing is not more as rampant is used to be back in the 80s, it still goes on in some parts of the country and even the continent.

Maki Skosana wasn't the first victim of this inhumane treatment, but her death exposed the world to the callous truth some people live in.

Necklacing is among the worst ways to die. Being burnt alive with a tire melting and clinging to their body like hot asphalt is not only gruesome but barbaric. The fire doesn't just kill the victims but incinerates the whole body leaving it charred beyond recognition.

The Weapon of The People 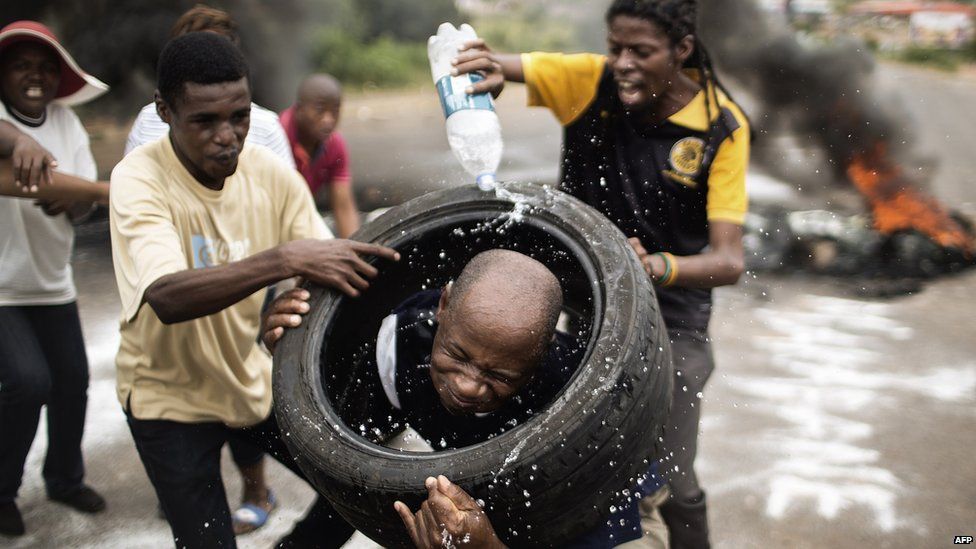 The people were defenseless against those who oppressed them. They had no guns nor swords. All they had was their will and wits, but that couldn't save them from the clutches of their oppressors.

With necklaces, they formed a weapon against foes and traitors. It became a weapon of the people who battled against politically sanctioned racial segregation in South Africa.

To them, they were fighting for their human rights, regardless of the means. Without firearms and guns, they created a weapon that was able to send a message across. They meant real business.

Why The People Chose Necklacing? 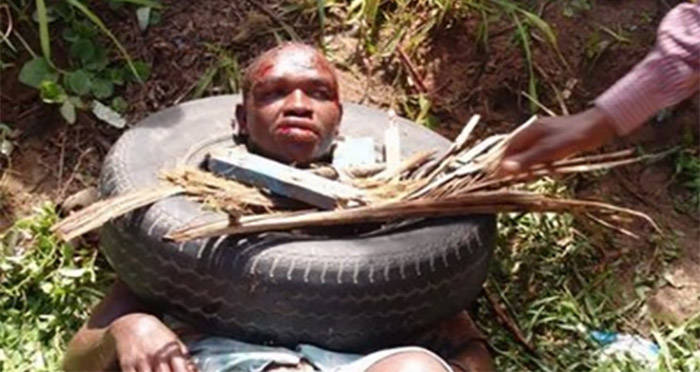 Many people do not trust their government. They have lost faith in the police and see mob justice as the best way for justice and peace to prevail.

They believe that the whole system is corrupt, so no justice can be gotten even though the legal authorities are involved. So they take matters into their own hands.

Their concerns and reasons are not false as many leaders turn their backs on the people and only enter the office for their selfish purposes, but their approach is wrong.

They get the guilty, put them on trial, and pass judgment at the same time. Even though it infringes human rights and can put innocent people in danger, the fear it stirs keeps the community safe and reduces crimes, so people are okay with it.

Some people don't care about the risk of punishing innocent individuals for crimes they are not guilty of.

On one particular evening in a South African home, two boys broke into the house of an older woman- Angelina Maholwana- tried to rape her, stole some of her valuables, and killed her son.

The next day, she was able to identify the boys who did it. The community already knew their punishment, and they knew their fate.

Her son was killed like an animal, stabbed in the neck, and strangled to death. He never had a fighting chance. His pleas for his life all fell on deaf ears, and she was going to do the same as she watched them scream for their lives as they burned alive.

To Angelina, that was the only form of justice she knew.

As she watched their public execution, she felt the life of her son had been finally avenged. They got what they deserved.

"I know that killing these boys won't bring back my son, but I sleep better now, knowing those boys will never hurt anyone else again."

Angelina is not the only one that shares the thought. Winnie Mandela, Nelson Mandela's wife, was also a supporter of this type of justice. 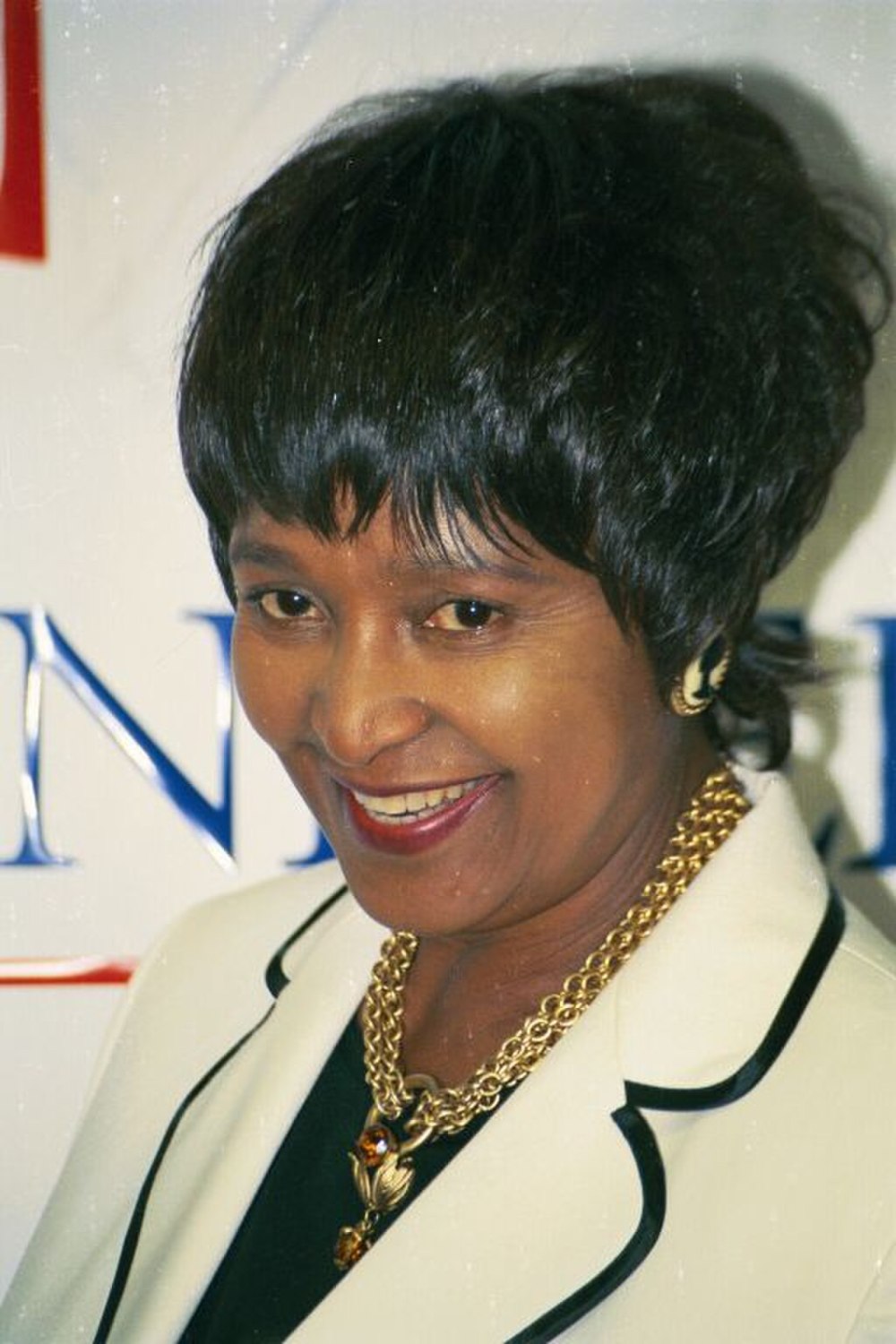 For her, necklacing wasn't something evil but people's key to freedom. Even though the government was against it, she didn't care. To her, it was their fault she became a person full of hate.

She became a victim of their corruption, bad governance, and injustice, and this made her embrace violence.

"What brutalized me so much was that I knew what it is to hate," she once said. "I am the product of the masses of my country and the product of my enemy." 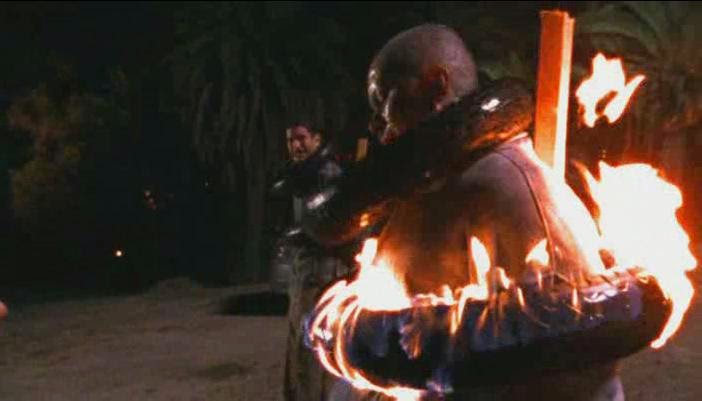 Years have passed, and this horrible form of justice has slowly gone into extinction. Or that's what a lot of people think.

Even though it may have stopped in the county of origin, the South African Republic, that does not mean necklacing has been completely abolished.

Neighboring countries did adopt not only the food and culture but also their wicked practices, and necklacing was one of them.

In some African countries, this form of public execution still happens almost every day.

The people's court is still a place of intense punishment with no mercy. Hundreds of people have lost their lives to this barbaric treatment, and many were later found innocent.