World War II revealed the worst qualities in many. Cruelty and callousness peaked behind the barbed wire concentration camps. In the evil of Nazi tyranny, however, one name stands out in a very negative light. The German doctor Josef Mengele did unspeakable horror experiments and went down in history as one of the cruelest persons ever.

Josef Mengele: An Average Student With A Sick Mind 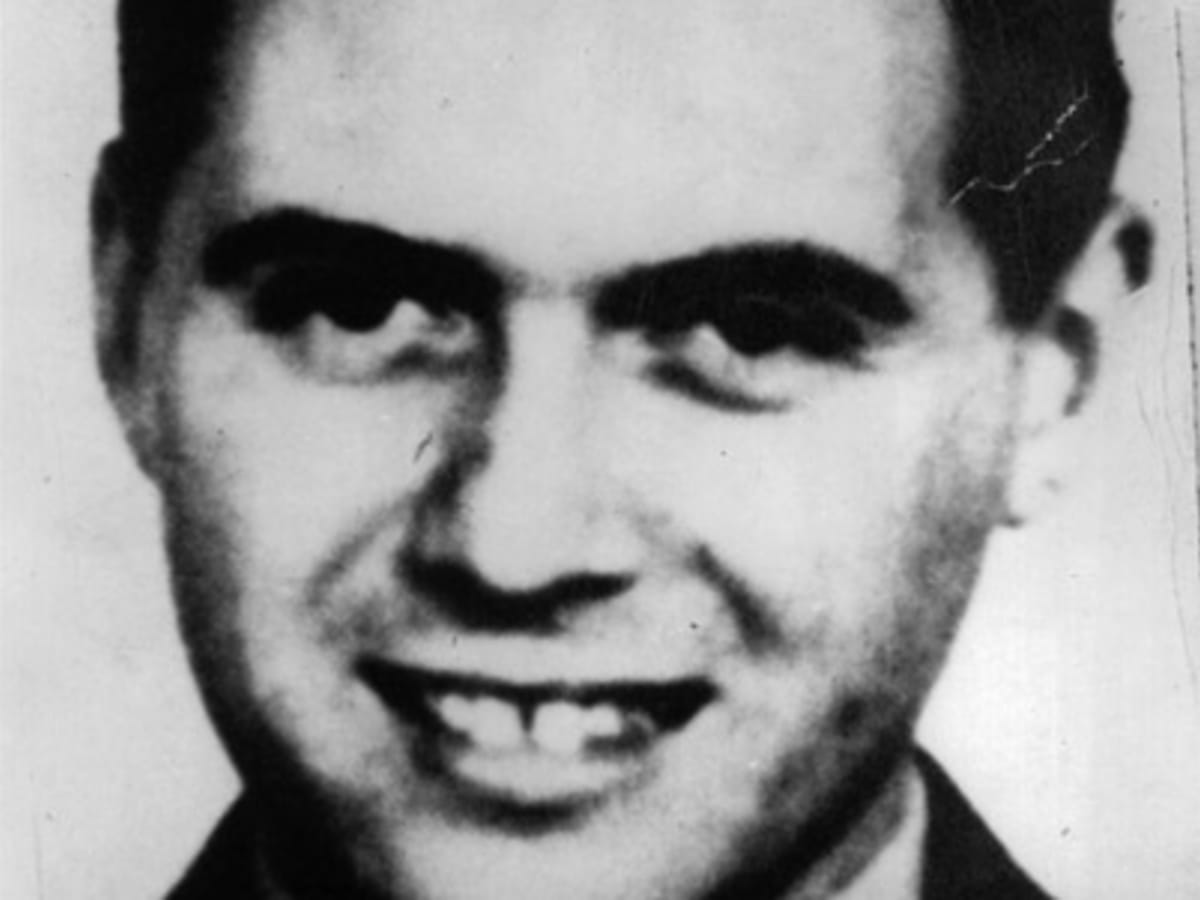 Josef Mengele was born on March 16, 1911, in Günzburg. He grew up in a well-to-do middle-class family, where his upbringing was based on Catholic-conservative criteria. He began his education in his hometown, which he completed in 1930 at the Humanities High School.

According to some data, he was an average student. It is worth mentioning that Mengele became seriously ill during one of his school years. Despite a long illness, he managed to complete the year without recurrence.

When the Nazis took power in Germany in 1933, Josef Mengele showed no signs of joining the organization. Also, there is no evidence that he received an anti-Semitic upbringing at home. His family had contacts with one of the Jewish families who remained in the newly established Third Reich. 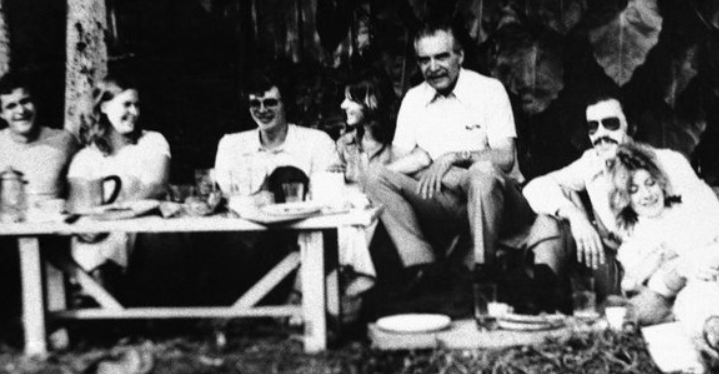 Nevertheless, this did not mean that he was not exposed to Nazi ideology: he took it more seriously during his medical studies in Munich and Bonn. He later studied in Vienna, and in addition to medicine, he also studied anthropology. This was a critical direction for the Nazi ideology, as they wanted to prove the alleged inferiority of some races.

While studying in Munich, he worked under the mentorship of anthropologist Theodor Mollison, who was later also his mentor in his doctoral dissertation. He defended it in 1935, and with it, he wanted to prove that accurate measurement can determine the differences between primitive and "progressive" races.

After several years of work in various medical fields, Mengele became well acquainted with racial hygiene. Later, under the mentorship of Otmar Freiherr von Verschuer, he completed another doctoral dissertation, where he dealt with the inheritance of various deformities in the lips, jaw, and palate.

The "Angel Of Death" Is Coming To Auschwitz

Josef Mengele joined the Nazi party in 1937 and joined the SS division the following year. In June 1940, he joined the army, performing various medical work.

Mengele was injured during the war, which led him to return to Germany in January 1943. He took a job at the Institute of Anthropology, Human Genetics, and Eugenics.

In April of the same year, he was promoted to captain in the SS, and a month later began work at the Auschwitz concentration camp. At first, he worked in the Roma part of the camp, but later, he worked in the Auschwitz II-Birkenau camp. He was known by the nickname "angel of death" and even "white angel." He got this nickname because he was in charge of the "selection" process.

With it, the Nazis determined who would survive and who would be sent to the gas chamber in the camp. An additional reason for Mengele's notoriety is that he participated in the selection outside of working hours, often looking out for twins.

In 1945, Josef Mengele left Auschwitz for the approaching Red Army and went to the Gross-Rosen camp. Shortly afterward, he fell into American captivity, where he did not stay long. American forces released him from custody because they were not yet aware of the scale of his crimes.

Hiding In The Countryside 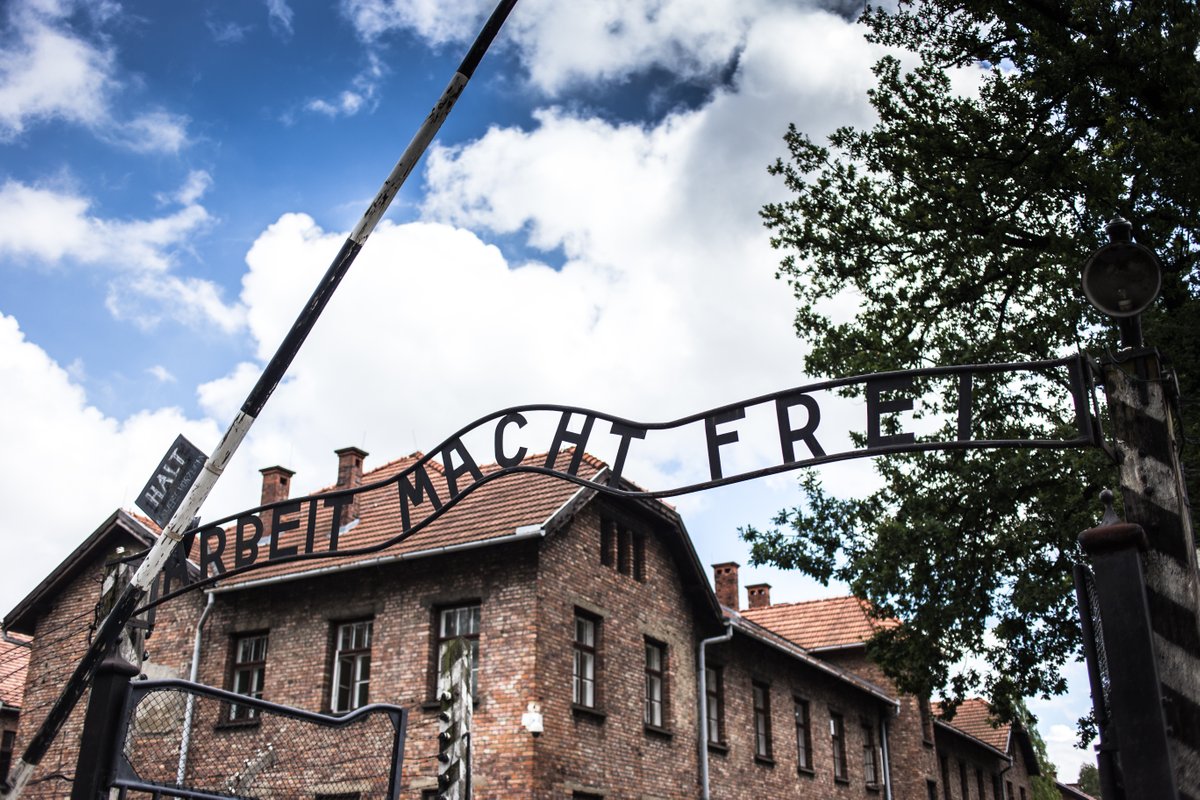 Until 1949, he lived under a false name in Bavaria and later emigrated to South America. He initially lived in Buenos Aires, from which he moved in 1960. Adolf Eichmann was captured that year, so he feared that he might end up with a similar fate.

Josef Mengele first retired to Paraguay and later to Brazil, where he died in 1979. He was buried in Sao Paulo under the fictitious name of Wolfgang Gerhard. Research by Brazilian forensic experts posthumously proved his true identity.

Josef Mengele was suspected of numerous crimes, which was also why the international community was looking for him after his escape. Namely, many witnesses spoke about his cruelty, his essential role in the selection, and the medical experiments he carried out on the camps.

Mengele played a vital role in the selections as a doctor, as he was able to determine who would live and who would die. Children, the disabled, weak people, and pregnant women were often sent to gas chambers, as they were considered less than non-disabled people.

There were also additional selection criteria: in 1944, on Josef Mengele's orders, a 1.5-meter slat was placed between the door frames: all children who did not reach this height were sent to a gas chamber.

A Factory Of Death 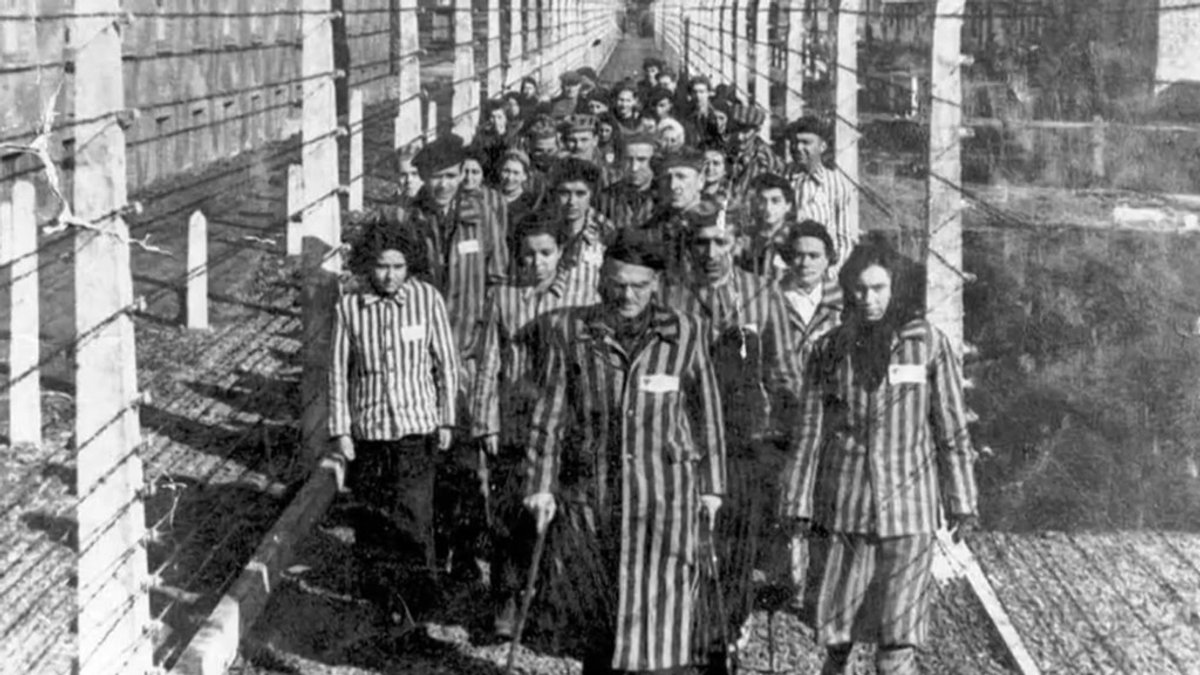 Interestingly, he did not immediately send his "subjects" to death. When he (mostly) removed the twin children from the selection, they were initially "saved" from certain death. They were housed in a particular part of the camp, where Josef Mengele, with his "guinea pigs," as he occasionally called them, treated them nicely, even friendly.

That soon changed as he began conducting experiments, and there was no trace of his previous kindness.

Many testimonies show how Josef Mengele looked for candidates for his experiments. In one of the testimonies, he went across camps and removed weak and ill individuals from them, who were then never seen again. The same witness says that for this reason, it was important to hide even the smallest diseases or wound from dr. Josef Mengele, as this could mean a death sentence.

Josef Mengele was interested in various medical fields, including eye color: he was mainly interested in the reasons that led to different shades of eye color. During his work at Auschwitz, he even allegedly collected the eyes of his victims and used them for various researches. 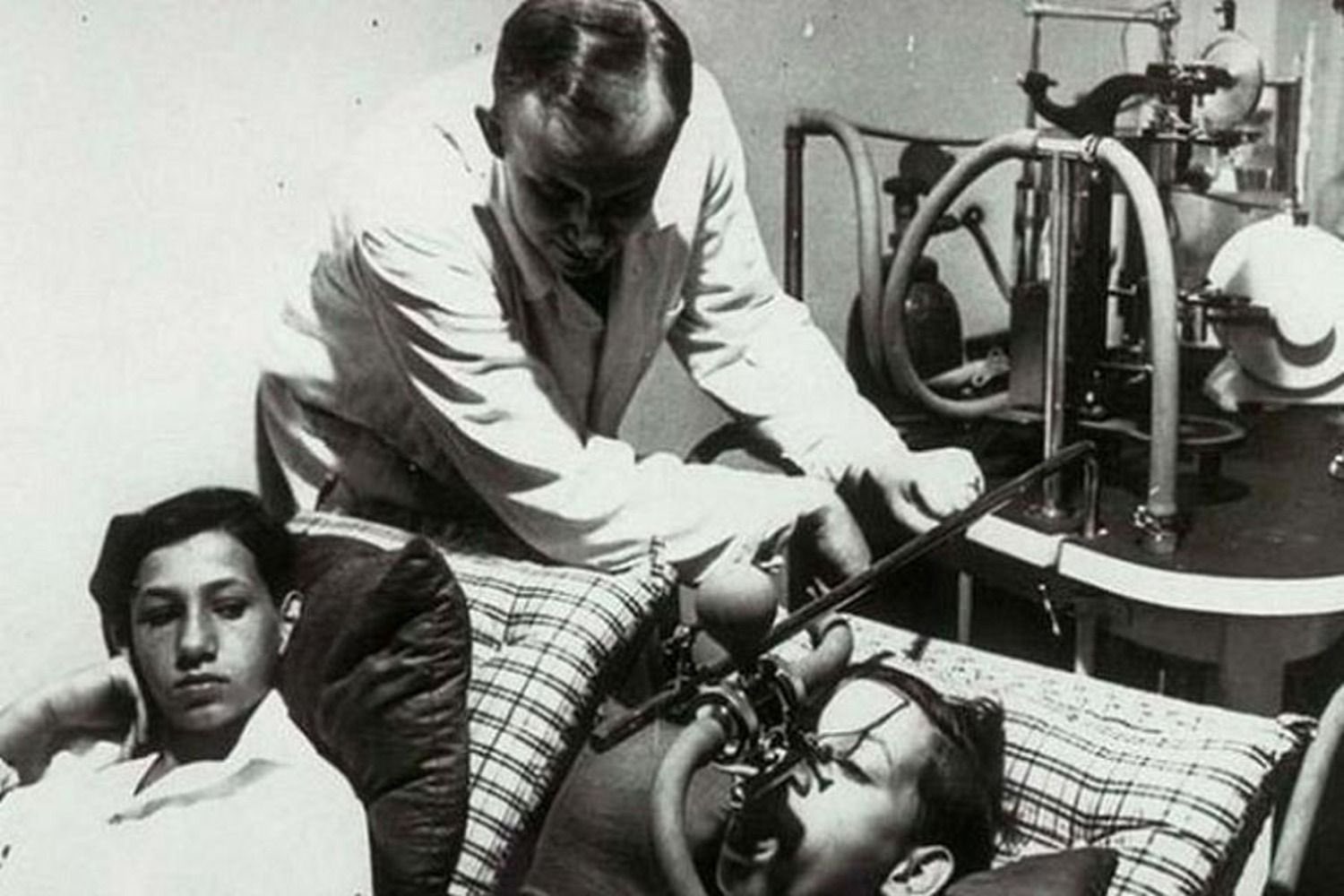 In addition to these, we know of several other types of experiments. One of the witnesses said that she saw many children in terrible pain after arriving at Josef Mengele's laboratory. In her speech, the witness said that children were injected with various drugs or were simply tied up and left in that position for several hours.

Small incisions were inflicted on the wounds and then examined in some cases. In addition to drugging children, they also performed medical experiments with water: Josef Mengele allegedly forced one of the witnesses to dip in hot water and then in cold water and then repeated the procedure several hours.

A Madman Of Power At Large 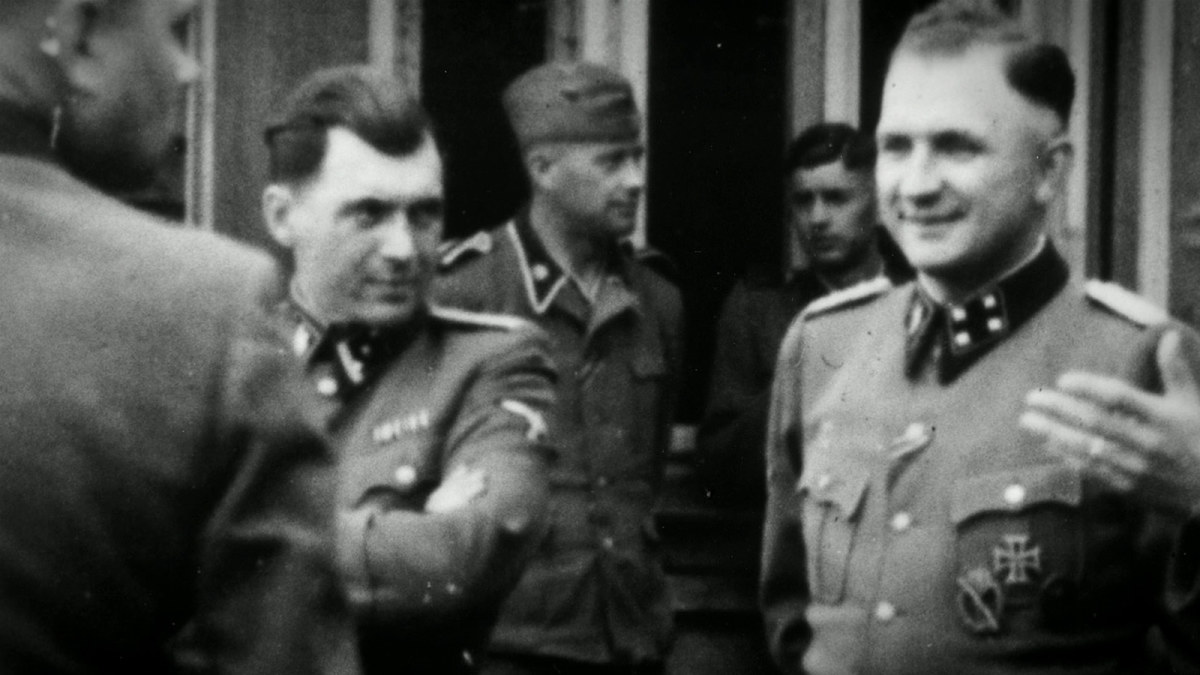 Some twins were subject to blood exchange. Each twin received the blood of their brother or sister, which often led to death. Others were injected with various drugs, had their spinal cords removed by the puncture, or had multiple surgeries performed. In the case of a pair of twins, they started experimenting on the vocal cords as the twins cast different voices. They received a substance that immediately caused swelling, high fever, and numbness every few days.

The experiments were also used to punish parents who wanted to protect their children. The mother of Yehudit and Lea Csengeri heard her daughters screaming out loud because Josef Mengele attempted to take blood. When the mother tried to prevent this act, he injected her with meningitis. This led to severe illness with high fever and even hearing loss. 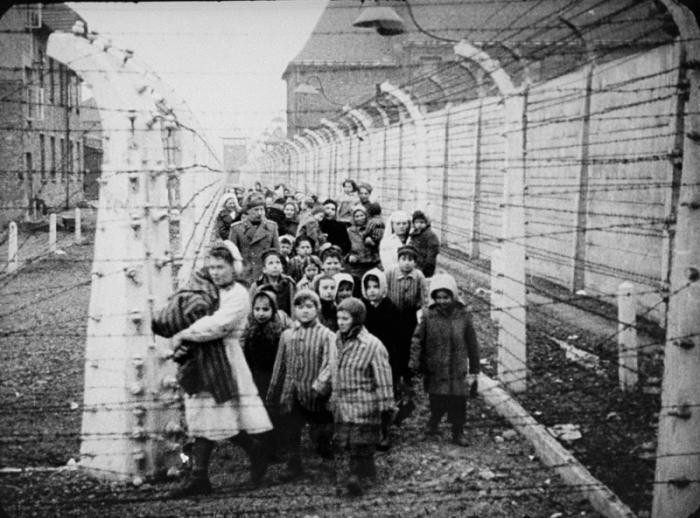 Some of the consequences of the experiments led to paralysis. This was evident in the case of the twins Miklosz and Tibor Bleier. Josef Mengele injected Miklosz with a fluid that caused him great pain. His brother was chosen for a special experiment in which he was operated on several times: one of the surgeries resulted in paralysis.

With his experiments, Josef Mengele also wanted to prove the inferiority and depravity of some races, especially Jews and Roma. He collected tissues and other parts of the body samples, and many of his "subjects" were executed due to the need for "post-mortem" examinations.

He was never imprisoned for his actions, as he successfully evaded trial before his death. Who or what made him or what drove him to such cruelty remains unknown.