For a young man involved in a crime, dying at 32 might not seem too shocking. Although Johnny Stompanato was an alleged L.A. mobster, his death happened in the most unusual of ways.

To many who knew him, Johnny was a man who liked to cause chaos and disorder in the otherwise peaceful community he was part of, which is why both Hollywood and the police loathed him.

Nevertheless, he had the rare fortune of living in Hollywood during one of its most glorious and glamorous years. At the time, Hollywood was filled with beautiful ladies chasing after fame, and in turn, Johnny Stompanato had the reputation of chasing after them.

Little did Johnny know that an actress he involved himself with would be closely connected to his death. 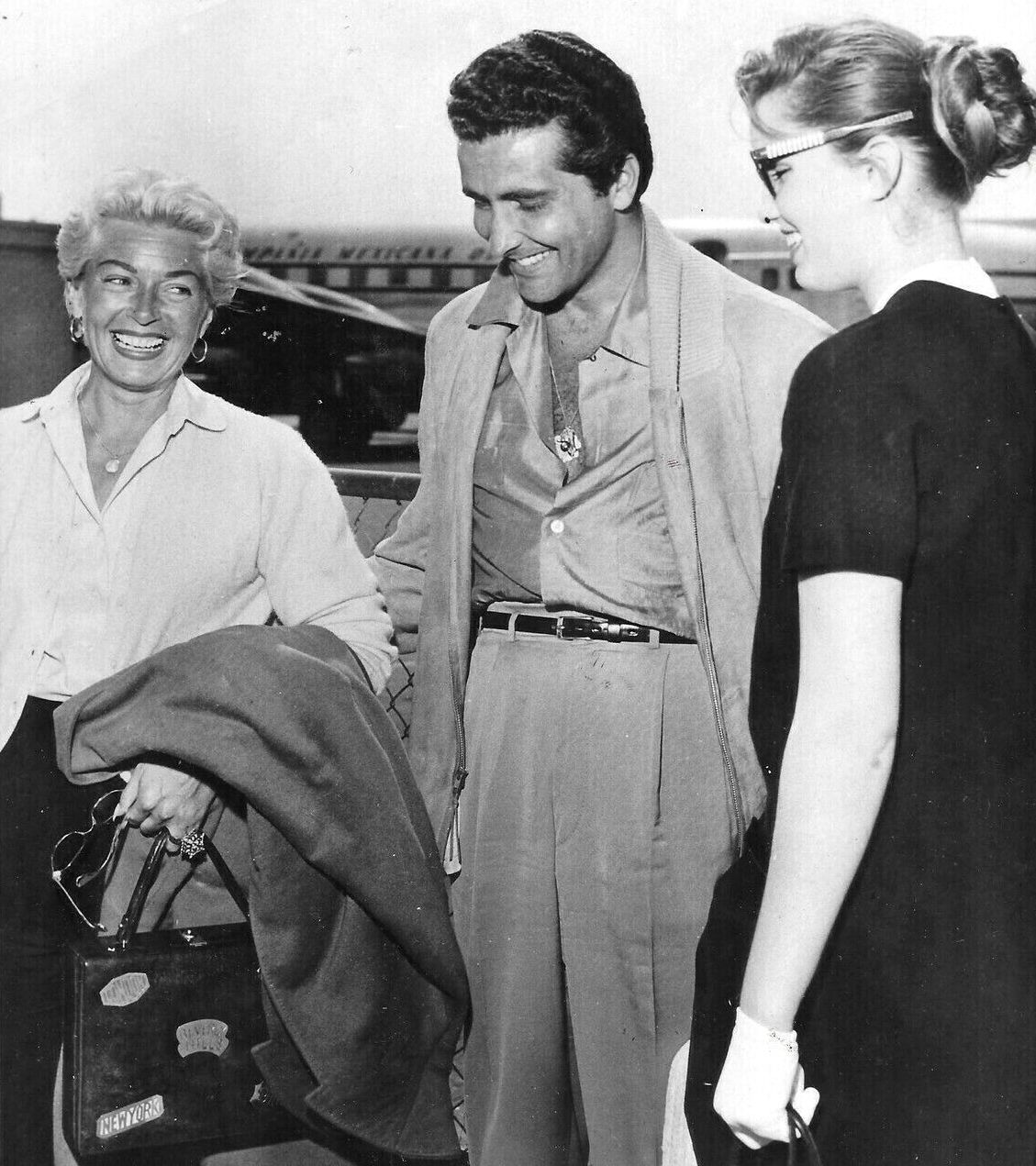 Johnny Stompanato, born John Stompanato in October 1925 in a small Indiana town called Woodstock, was not always a mobster. His father, John Giovanni, ran a barbershop, and his mother, Carmela Truppa, was a seamstress.

His parents were immigrants from Italy, and after meeting in Brooklyn, they went west.

Johnny Stompanato had two sisters, Grace, and Teresa. He also had a brother called Carmine. Johnny was the youngest among his siblings.

Later in life, Johnny's mother died, his father remarried, and he also got into real estate and did quite well for himself. There were also rumors that Johnny's dad had mob connections, a reputation the troublesome Johnny Stompanano seemed to enjoy while in school.

While he was still a student, he realized his fortunes did not lie in academics and decided to join the marines. He was later discharged from the military in China in 1946 and got married to a woman known as Sarah Utush, a Turkish dressmaker. He became a Muslim for her sake.

They moved back to the U.S. and finally settled in Los Angeles. He got divorced from Sarah in January 1949 after he abandoned her and their newborn child.

Johnny then started working as a bodyguard for Meyer "Mickey" Cohen, an L.A. mob kingpin.

He was also involved in many affairs with aspiring movie stars, including Ava Gardner, who was also being courted by Frank Sinatra. Johnny was well-known for his love for starlets.

Meanwhile, his reputation as a gigolo also grew. He would pursue wealthy women, borrow money from them, and then disappear. 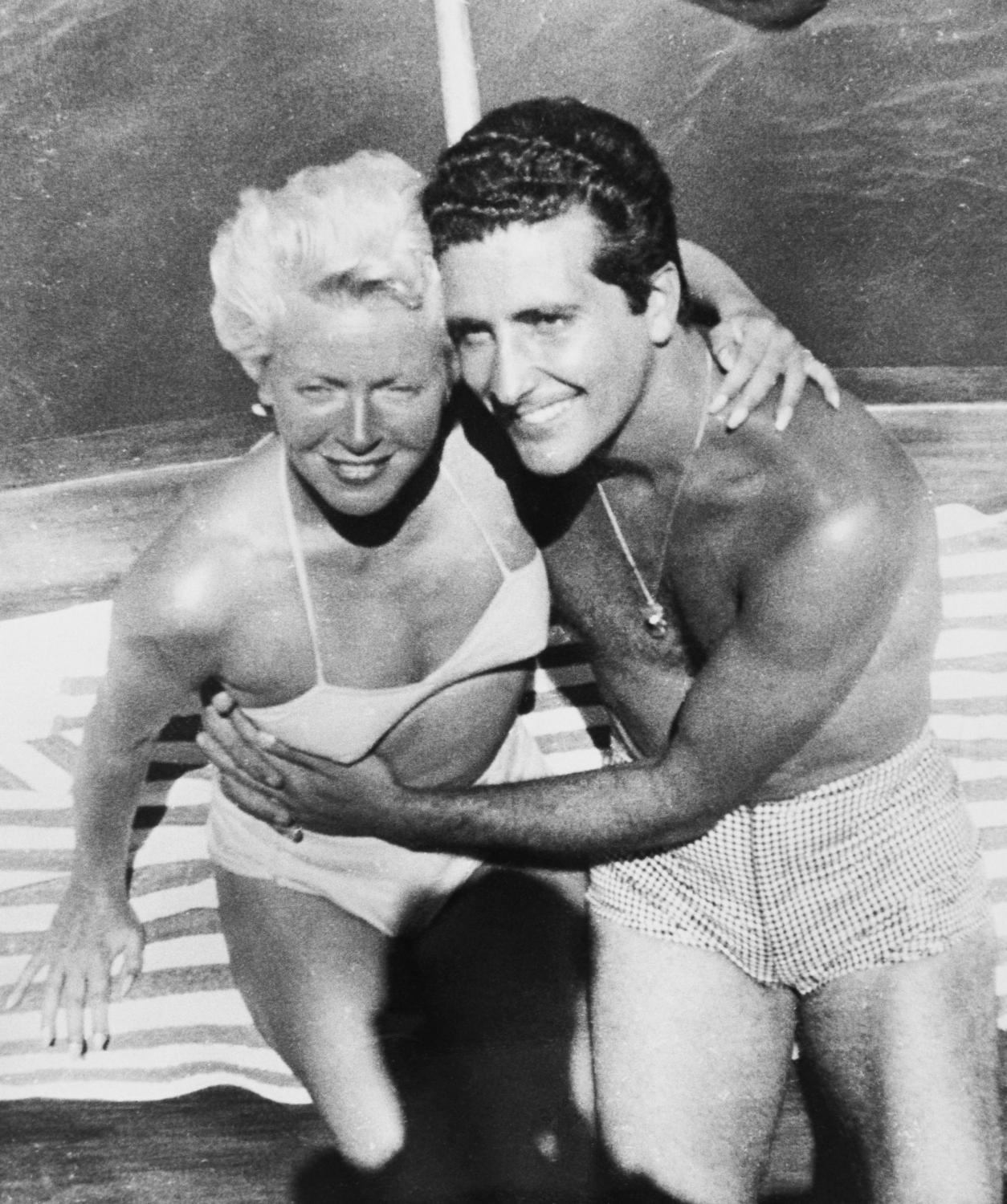 Lana Turner had been the star all actresses dreamed of becoming for years. She had a great start to her career after she was discovered by chance while young.

She quickly became famous, and she enjoyed all the perks that came with being a star. For over a decade, she was a beloved sex symbol.

In 1958, she was actually nominated for an Academy Award.

She was in 50 films throughout her career, and during the 50s, she was already an industry veteran with 20 years of experience. Her career was slowing down, and she had a teenage daughter named Cheryl Crane.

In 1957, Johnny Stompanato was also wooing her earnestly and buying her expensive gifts. At the time, she was in the middle of making a movie and had just divorced her fifth husband. 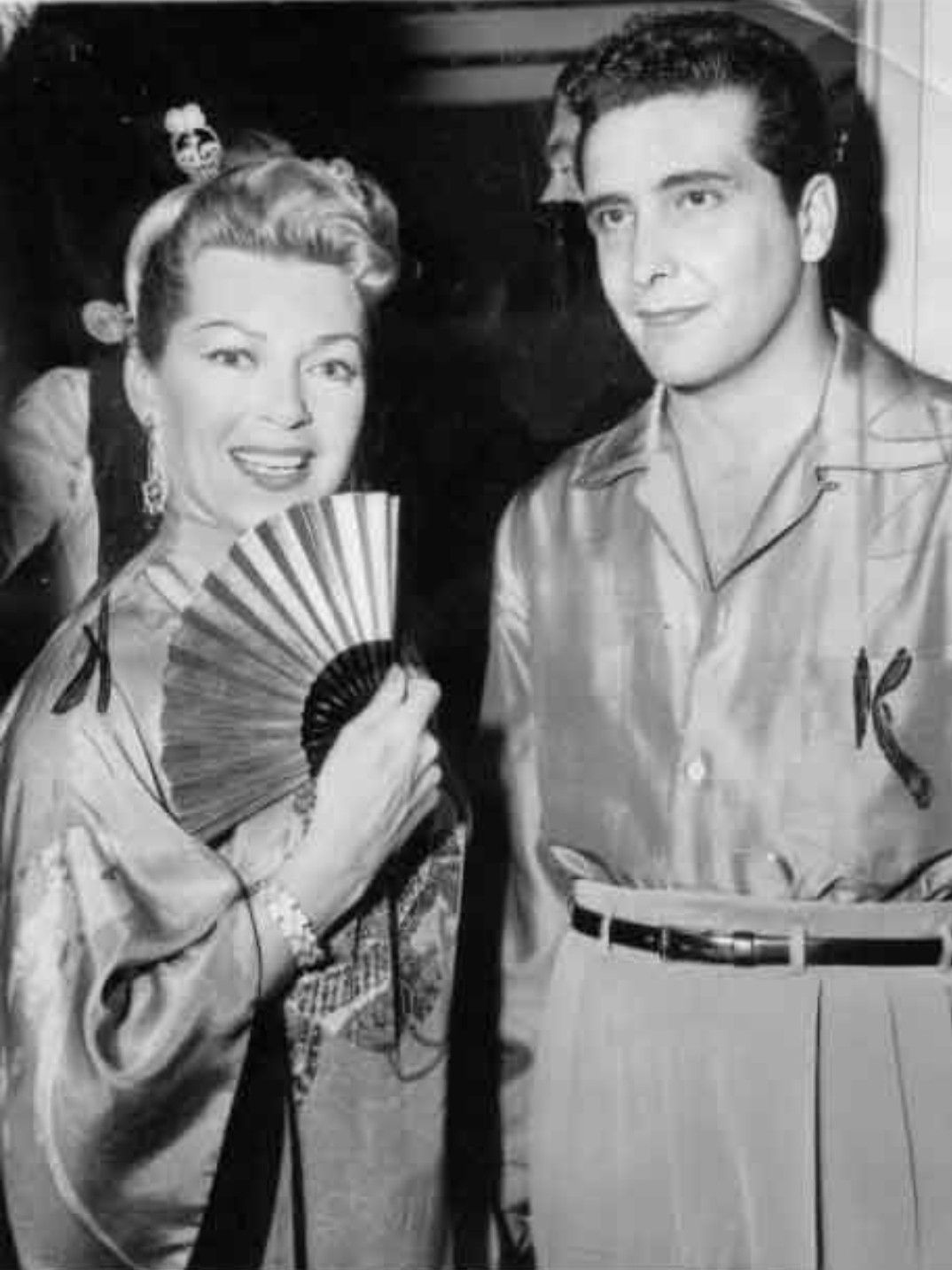 Johnny courted the actress using a fake name, John Steele. He left many phone calls, letters, flowers, and even had a portrait made for her. He knew that she would not entertain him if she knew who he was.

Eventually, Turner learned that John Steele was actually Johnny Stompanato and confronted him. He confessed to her that if he had said who he was initially, she would have wanted nothing to do with him.

However, despite having some reservations about him, she decided to get involved with him. She even paid for his living expenses and cleared his gambling debts.

Johnny Stompanato was four years younger than she was, and many thought she was trying to chase her youth by dating him. At the time, Johnny Stompanato also enjoyed the protection of the criminal underworld. However, both Hollywood and the police disliked him.

Lana Turner Quickly Realized She Had Made A Big Mistake 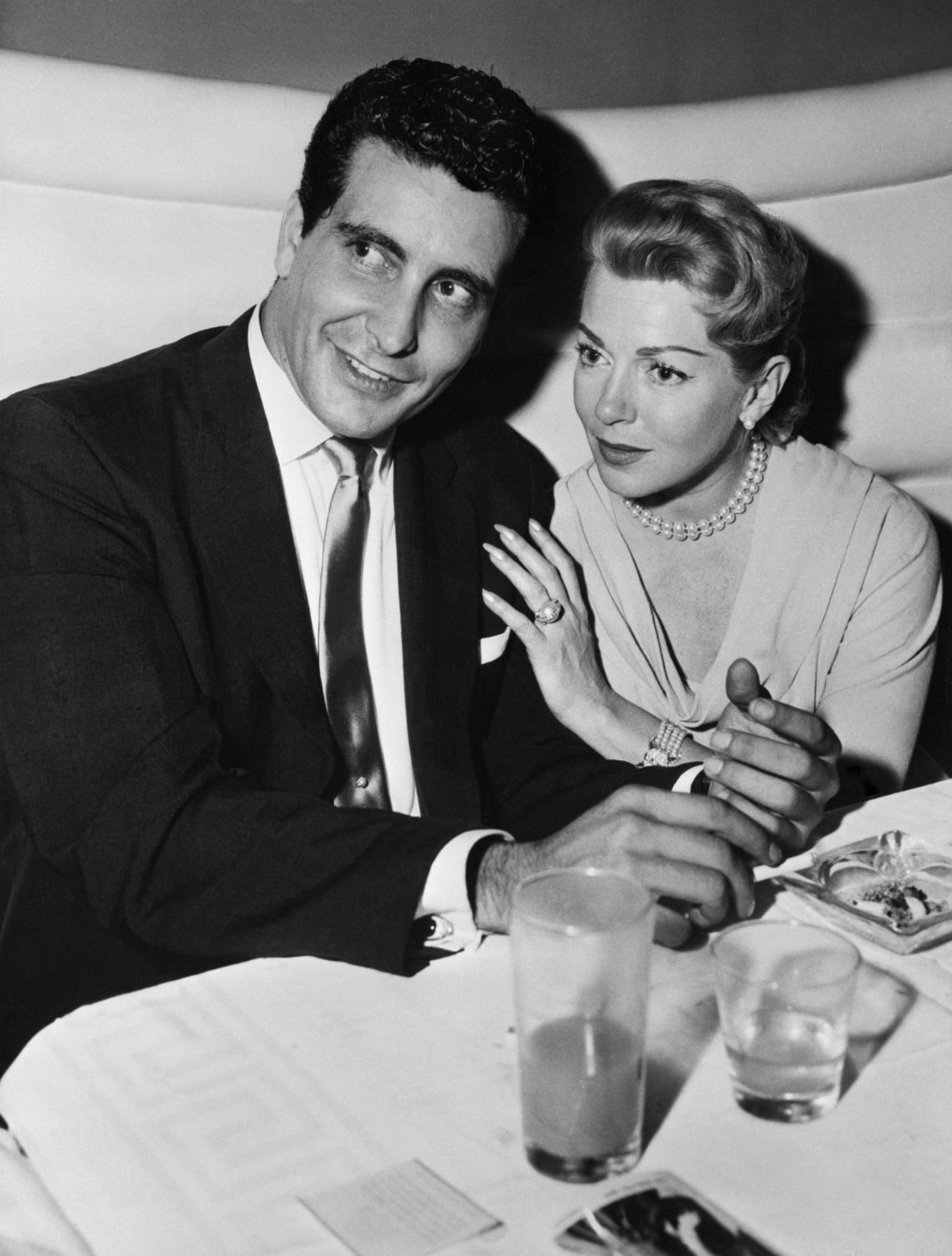 Lana would soon learn that the famous playboy had a vicious temper. She soon realized she made a mistake by getting involved with him and letting him into her life and that of her teenage daughter. Johnny Stompanato physically abused her regularly, even when her daughter was around.

At one time, he threatened to mutilate the actress's face and torture her daughter Cheryl.

Due to his violent outbursts, Lana Turner's relationship with Johnny Stompanato was a complete nightmare. After two years of their rocky romance, she decided enough was enough.

She also happened to be in England filming Another Time, Another Place with Sean Connery, who was new in the industry. She thought the distance would finally take Johnny Stompanato out of her life.

However, although Johnny got the hint, he was not ready to be separated from her. He was particularly furious when he heard rumors that Lana and Sean Connery were having an affair.

In his desperation, he flew all the way to England and demanded to see her while she was on set. He also went to the studio and pointed a gun at Sean Connery. However, the actor, who had military training, twisted the pistol from Johnny's hand and punched him in the nose. Stompanato quickly fled before the police could catch and deport him. 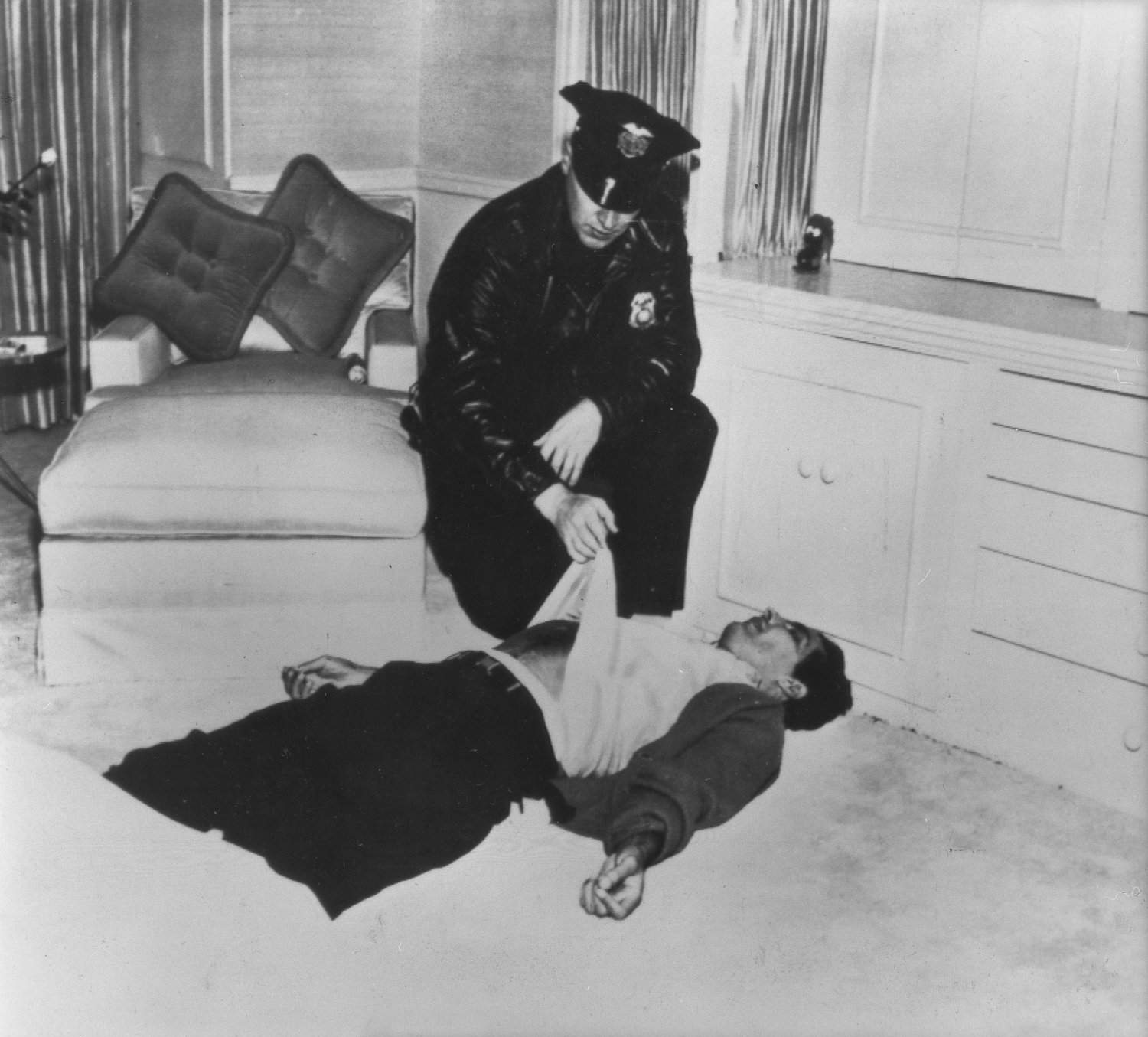 Johnny and Lana's relationship would come to an end on one fateful night in 1958 during a heated fight between the couple. During the 1958 Academy Awards, Johnny was angrier than he had ever been after Lana Turner refused to invite him to the awards ceremony.

Unfortunately, despite getting nine nominations, she did not win a single award and went home empty-handed.

He showed up at the place where she was staying with her daughter, demanding to see her. However, she told him, "I'm through with you. It's over!"

Johnny was furious after hearing these words, and he said he would kill Turner and her daughter. Cheryl was upstairs, and she heard the threats.

She quickly ran downstairs to the kitchen, took a butcher's knife, and went to her mother's bedroom. 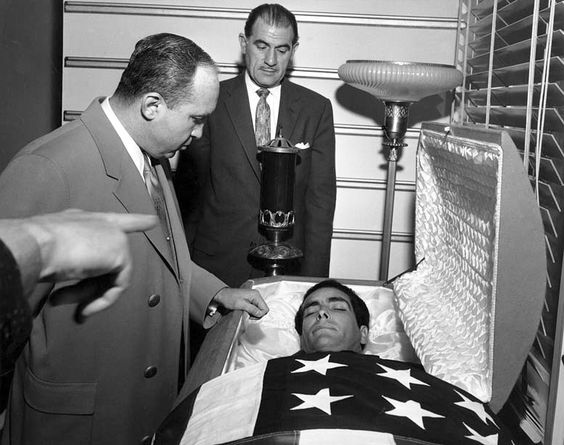 Johnny Stompanato was slapping Lana around as he yelled at her. Cheryl was terrified, and she was afraid for her life and that of her mother.

When Stompanato got into the bedroom, she mistook a clothes hanger he was holding for a gun and lunged forward and attacked him with the knife. She plunged the blade between his ribs, and he died a few minutes afterward.

Lana stepped in and tried to help him, but there wasn't much she could do - the knife had pierced his aorta. She called her mother Mildred, who then called a family doctor. The doctor arrived and tried to revive Stompanato, but it was already too late.

The doctor advised the actress to call a lawyer. 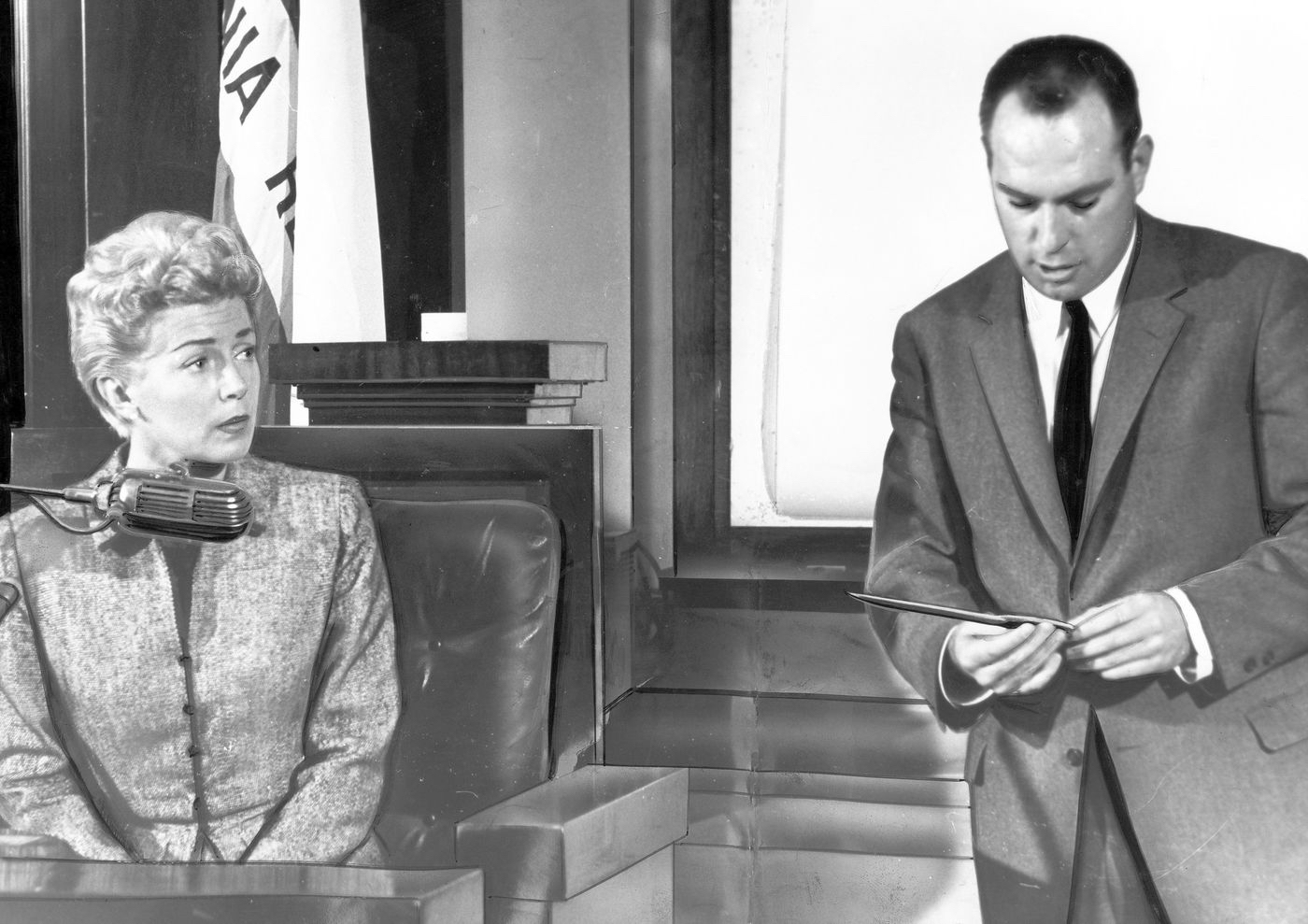 Lana Turner was frantic after her doctor confirmed Stompanato was dead. So, she called Jerry Giesler, a lawyer. He had defended other famous people, including gangster Bugsy Siegel.

Giesler put Lana and Crane together and coached them on what to say when they finally met the police. He also accompanied them to Beverly Hills Police Station, where Cheryl claimed to have killed Stampatano to protect her mother.

The teenager was detained on suspicion of murder. For the next few days, she spent time in the Juvenile Hall, where she struggled given her privileged life.

Some people later claimed that it was actually Turner who murdered Johnny Stompanato with a knife after she caught him with her daughter in bed. Those who believe in this theory argue that the lawyer convinced Cheryl to take responsibility for the murder since she would get a lighter sentence as a minor. 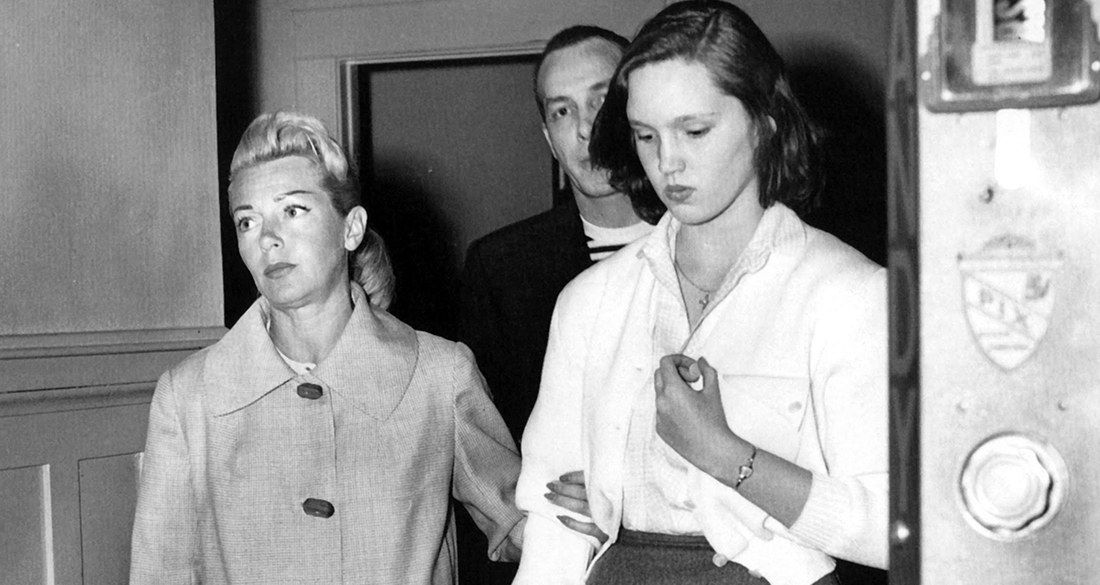 However, it was also claimed that it was Lana who was begging to take responsibility for the crime to save her daughter from the consequences of killing Stompanato. However, Cheryl had already confessed to having killed him to the police could not ignore this fact.

In court, Turner and her daughter insisted that Stompanato was killed in self-defense. While in court, Lana discussed at length what it was like living with the abusive Stompanato. She seemed sympathetic and desperate, and her daughter appeared terrified.

Some people thought Lana's captivating testimony was nothing but performance and claimed it was the most outstanding performance of her life. She would be emotional, pause for dramatic effect, and keep everyone on the edge of their seats with her suspense-filled testimony.

The jury didn't take long to come back with a verdict. In the end, Johnny Stompanato's murder was ruled a "justifiable homicide." Following the ruling, Stompanato's family sued Turner for $750,000 but later settled for $20,000. 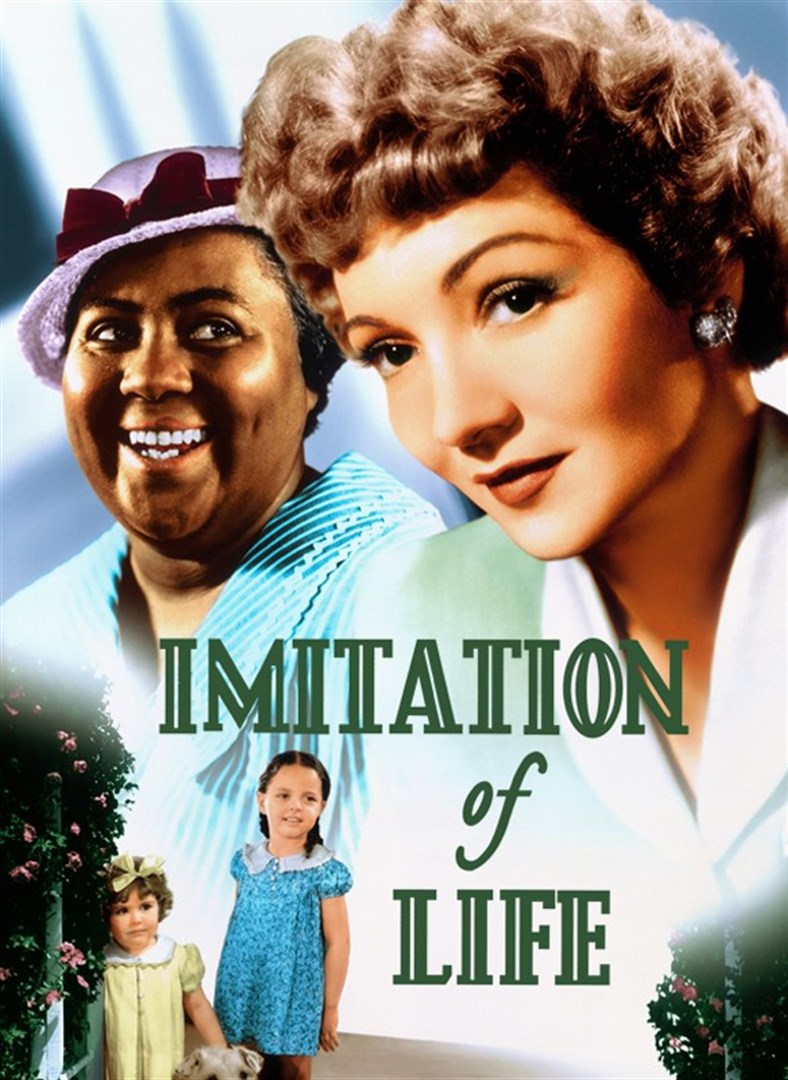 After Johnny Stompanato's death, life went back to normal for Lana Turner and her daughter Cheryl. A year later, the actress was starring in Imitation of Life, which turned out to be the most successful film of her career.

On her part, Cheryl had a troubled upbringing that involved her mother traveling to live her glamorous lifestyle. She had spent much of her life around nannies, and she often ran away from school.

Eventually, Crane went to live and work with her father, Stephen Crane, at his Hollywood restaurant. She struggled with addiction and later got into real estate before marrying Josh Leroy.

She always insisted that she was responsible for Johnny Stompanato's death and that she did it to protect her mother from her violent and abusive boyfriend. Whatever the case, this remains to be one of the most popular Hollywood scandals to date.