The Jonny Depp and Amber Heard defamation trial is being turned into a movie, and the trailer looks insane!

The six-week-long trial was viewed by people from all around the world and caused countless headlines. Every day seemed to offer a new turn of events or scandal, so it was no surprise that the viewers were hooked.

It has only been a couple of months since the verdict was announced, but soon we will relive the controversial courtroom events again.

Take a look at the mindblowing trailer for Hot Take: The Depp/Heard Trial below.

The Tubi Original Movie is described as a film "based on the controversial defamation trial that shook the world."

We will see Mark Hapka, known from Parallels, in the role of Johnny Depp and Megan Davis, known for Alone in the Dark, as Amber Heard.

Depp's lawyer Camille Vasquez will be portrayed by Melissa Marty, known for Station 19, and in the role of Heard's lawyer Elaine Bredehoft, we will see Mary Carrig, known for Law & Order True Crime.

As seen in the trailer, the movie will focus on the most important moments from the trial, including dramatized scenes of Johnny and Amber during their stormy relationship.

The flashback scenes are based on what the ex-couple testified to at the trial and describe what happened between them.

Netizens have expressed various opinions about the new film.

"The only hot take here is the fact I'd rather re-watch six weeks of free, raw court footage than any money-milking, dramatized college project," one unimpressed viewer shared.

"The movie nobody thought they needed and... they'd be right," another agreed.

"This trial is barely half a year old, and here we are with a full-length movie," a third chimed in. 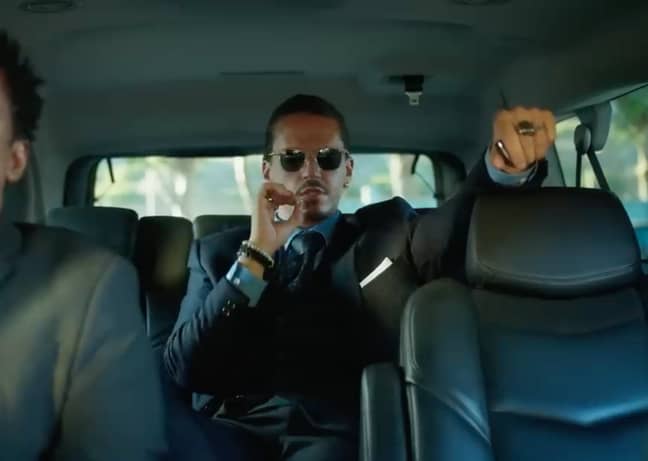 However, the other side of the internet is excited and Hapka has been praised for his talented imitation of Johnny Depp. Just by watching the trailer, we can see that he nailed it!

The trial ended in favor of Depp as the jury found that Heard had defamed her ex-husband in the op-ed she wrote for The Washington Post. He was awarded $15 million in damages, which was a heavy blow for Heard.

The jury, however, ruled in favor of Heard in one count of defamation against her and awarded her $2 million.

At the time of reading the verdict, Heard sat in the courtroom while Johnny watched from the United Kingdom. He had flown overseas to perform at concerts with Jeff Beck in Sheffield and London.

Depp took his ex-wife to court after she published an op-ed about domestic violence in The Washington Post in 2018. The article caused harm to Johnny's career and personal life.

He sued Heard for $50 million while she issued a counterclaim for $100 million. The op-ed did not mention Depp by name, however, the jury agreed with his lawyers that it falsely implied the famous actor had physically and sexually abused his ex-wife.