John Belushi's death was indeed tragic, there's no denying that. Still, his early demise was almost inevitable to those who knew him. Before his sudden death at the age of 33, the comedian was in pretty bad shape.

He was often late for meetings and appointments when he managed to show up. Belushi had been fired and rehired from his SNL job several times due to his notorious unpredictability.

His hotel room was practically a pigsty, and he had utterly neglected personal hygiene.

Due to excessive drug use, Belushi's speech became incoherent. He was also struggling with insomnia. Belushi also appeared disoriented, often muttering curses to himself.

To most people, the comedian was deeply weighed down by his out-of-control dependency on drugs.

Strangely, at the time, his behavior was considered typical of many Hollywood stars. Therefore, despite his deep personal troubles, he was well tolerated by friends and work colleagues.

Still, it was apparent that his severe drug addiction led him to an early grave.

For this reason, John Belushi's death seemed evident to those who knew him, as tragic and as heartbreaking as it was.

John Belushi was born on January 24, 1949. His father, an Albanian immigrant and a restaurant owner was Adam Anastos Belushi. His mother, a pharmacy worker, was called Agnes Demetri Belushi.

Belushi was the eldest son and the second born in his family. He went to Wheaton Central High School, where he met Judith Jacklin, his future wife. He eventually married her on December 31, 1976.

In 1965, he formed a band known as Ravens with fellow high school students, and they recorded the single Listen to Me Now/Jolly Green Giant. The brand did not succeed, and it broke up after Belushi joined the College of DuPage.

Belushi displayed a love for comedy from an early age, and he eventually launched his first comedy troupe, the West Compass Trio. The comedy group proved to be a success and started to perform at The Second City, a top comedy theater in the nation, after impressing the owner with their performance.

While working at Second City in Chicago, he met the likes of Dan Aykroyd, Joe Flaherty, Harold Ramis, and Bian Doyle-Murray.

In 1972, John Belushi moved from Chicago to New York City. In New York, he was involved in a number of projects for National Lampoon.

While there, he met Bill Murray and Chevy Chase. In 1975, he got a spot on Saturday Night Live. Over time, Belushi had gained national fame as a comedian on the show, especially for his portrayals of Henry Kissinger, Samurai Futaba, and Ludwig van Beethoven.

So, around the time of John Belushi's death, he was already a huge superstar. Belushi had the rare fortune of being an original cast member of Saturday Night Live.

Belushi appeared in a couple of films, including National Lampoon's Animal House. To this day, the film is considered a cult classic.

When it was released, it became one of the highest-grossing comedies ever after, making over $141 million from theatrical rentals and home videos. Belushi was also in many feature films, including The Blues Brothers. 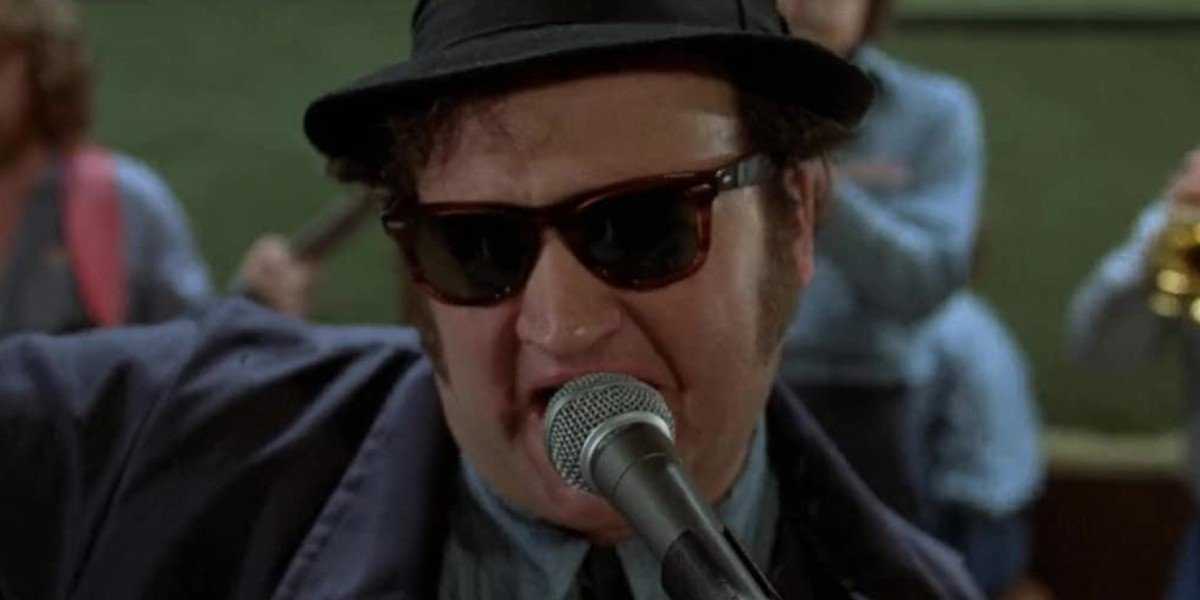 Being a prominent celebrity was not easy on the comedian. The pressure forced him to start using drugs and ultimately caused John Belushi's death.

He had to work long hours and deal with many insecurities, and drugs became a way for him to cope. During the making of The Blues Brothers, his addiction was really bad.

His fellow comedian, Aykroyd, revealed that the film's budget included a provision for cocaine.

In the coming years, his drug problem worsened due to the poor reception of his subsequent films, Continental Divide and Neighbors. He relapsed during the making of Neighbors, despite refraining from drug use briefly in 1981.

Friends were also noticing the downward spiral, and Harold Ramis, his friend, said that Belushi was "exhausted" and in a state of despair due to his cocaine use.

According to media reports, the more money Belushi made, the more cocaine he took. His drug habit was the reason he was hired and fired several times.

His addiction was so bad that people on the street would hand him drugs, which he would always consume.

According to Nelson Lyon, writer, actor, and a close friend of John Belushi, on March 2, 1982, Belushi arrived at his home in the company of Cathy Smith.

Smith was a Canadian drug dealer Belushi had known when working on SNL. Cathy injected both of them with drugs five times on that day.

Later that evening, Belushi met De Niro, who was in Los Angeles working on film projects. The actor had known Belushi from lower Manhattan.

De Niro did not take any drugs, but Smith injected Lyon and Belushi with a speedball, a combination of cocaine and heroin. After that, Lyon claimed that he walked like a zombie while Belushi started to vomit.

Smith then drove Belushi from Lyon's home to the prestigious Chateau Marmont hotel room where De Niro and Robin Williams joined them briefly. They all helped themselves to some cocaine except for Smith.

Later, Smith woke up at 9:30 AM due to the strange sound Belushi made while breathing, but he said he was okay when she asked him about it. A short while, past 10 AM, she went to run some errands.

At around midday on March 5, Belushi's personal trainer, Bill Wallace, got to the bungalow and got inside because he had a key. Wallace found Belushi unresponsive and tried to do CPR on him.

EMTs got there after a short while and discovered that John Belushi was already dead. When Smith got back a few hours later, she was put under arrest, questioned briefly, and released. 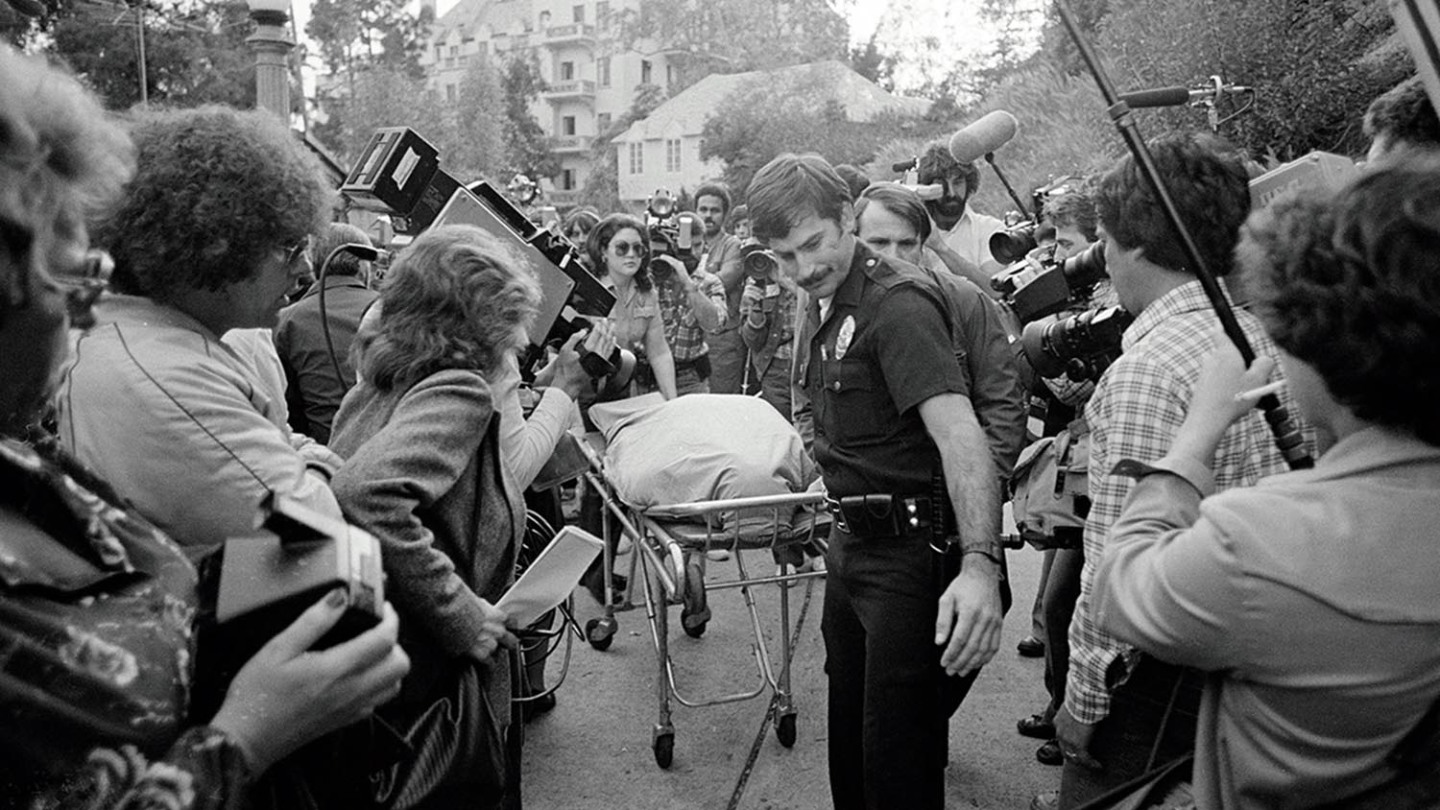 The Los Angeles County coroner, Dr. Ronald Kornblum, said that John Belushi's death was caused by acute cocaine and heroin poisoning. According to court testimony, Belushi would not have lost his life if it were not for the drugs he had taken.

The number of drugs in his body was enough to kill a healthy man, and Belushi was far from being healthy.

So, death was pretty much guaranteed given how recklessly Belushi was abusing drugs.

Two months after John Belushi's death, Smith admitted to having given him the fatal drug dose. She later appeared in an Enquirer article, and that's when a case was opened against her. 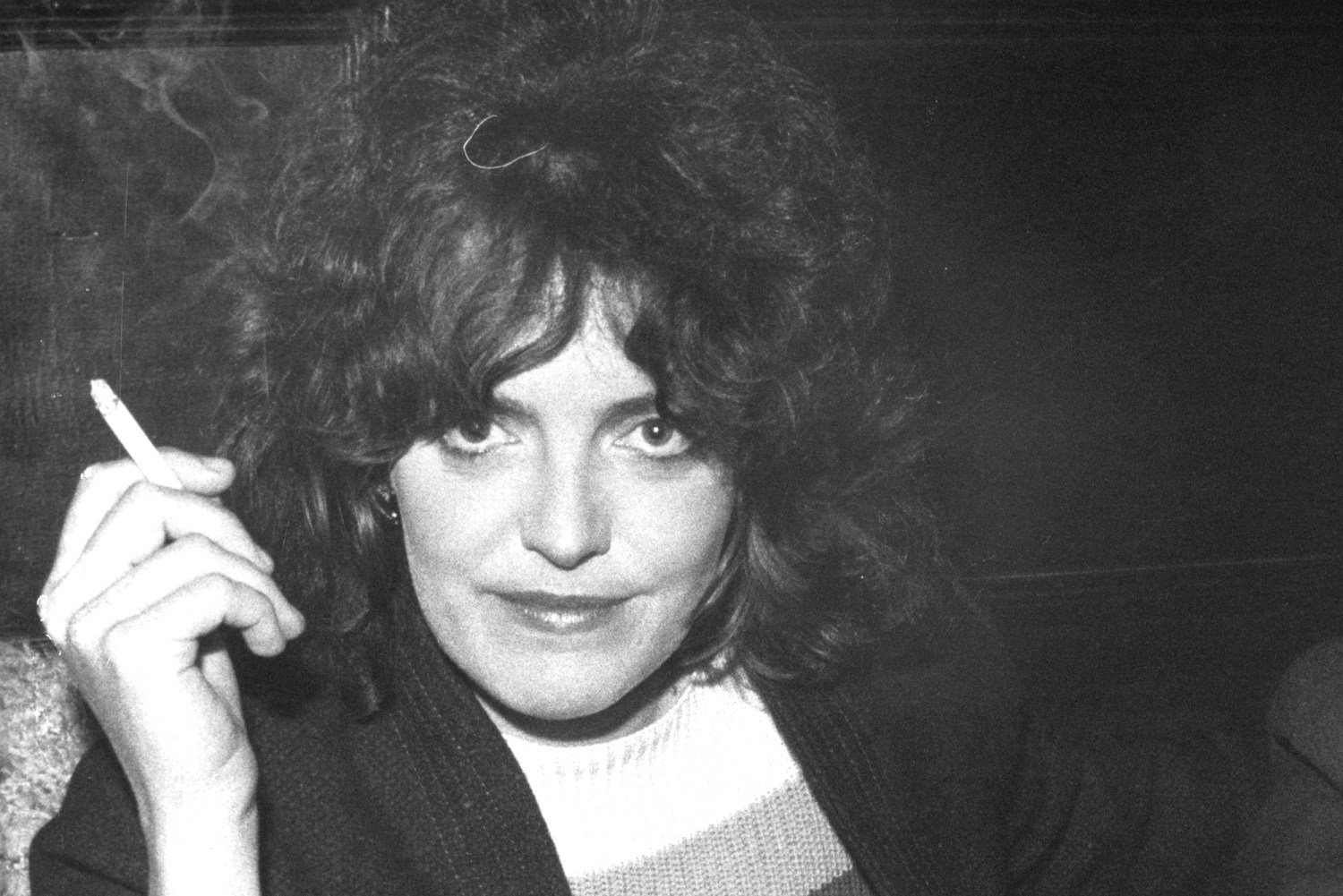 Smith was arrested and deported from Ontario, Canada, and faced first-degree murder charges over John Belushi's death. The charges were later reduced to involuntary manslaughter. Smith was sentenced to fifteen months of imprisonment.

Smith confessed that she was responsible for John Belushi's death because she had given him a fatal speedball injection:

"I killed John Belushi... I din't mean to, but I am responsible."

After serving her fifteen-month sentence, she was deported back to Canada. Cathy Smith passed away at the age of 73 in 2020. She remains remembered as the person responsible for John Belushi's death. 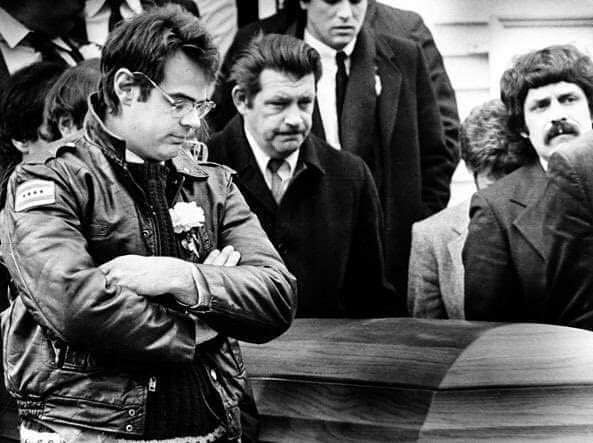 Throughout his life, John Belushi was in seven films. SNL was the only television show he had been part of.

John Belushi's death came at a time when he was working on several film projects, such as Moon Over Miami.

After John Belushi's death, the comedian was given a traditional Orthodox Christian funeral. He was interred at Abel's Hill Cemetery in Chilmark, Massachusetts. His tombstone had a skull, crossbones, and the inscription "I may be gone, but Rock and Roll lives on."

His body was later removed and buried in an unmarked grave because fans were always messing up his grave.

John Belushi's death was referenced in a book by actress Elizabeth Taylor. She talked about him making fun of her obesity after a news report said she almost choked to death on a chicken bone during a pubic event. She pointed out that the man had gone to a lot of lengths to make fun of her excesses and then ended up dying of his own.

Jane Curtin, Belushi's castmate at the SNL, described Belushi as a misogynist. He would purposely sabotage female writers and comics during his time there.

Anne Beats, another SNL writer, echoed these claims, but his wife defended him, saying he had no hate towards women.

Otherwise, after John Belushi's death, his life was written about in Bob Woodward's book, Wired: The Short Life and Fast Times of John Belushi, and his wife Judith's book, Samurai Widow. Woodard's book was turned into a film in 1989, but it got poor reviews from critics.

Belushi's widow got remarried after his death.

When Rolling Stone was ranking the 141 SNL cast members who had appeared on the show until then in February 2015, Belushi got the highest ranking because he embodied the highs and lows of the show, unlike any other cast member.

In 2004, over two decades after John Belushi's death, the comedian got a star on the Hollywood Walk of Fame.