Jimi Hendrix's death remains a mystery, a part of pop history, almost as much as his contribution to the music world.

Though the official cause of death is asphyxia while intoxicated with barbiturates, Hendrix's tragic death has many strange, unexplainable circumstances.

Hendrix passed away in London, on September 18, 1970, at the age of 27. Here is a brief look into his magnificent career and tragic, untimely death. 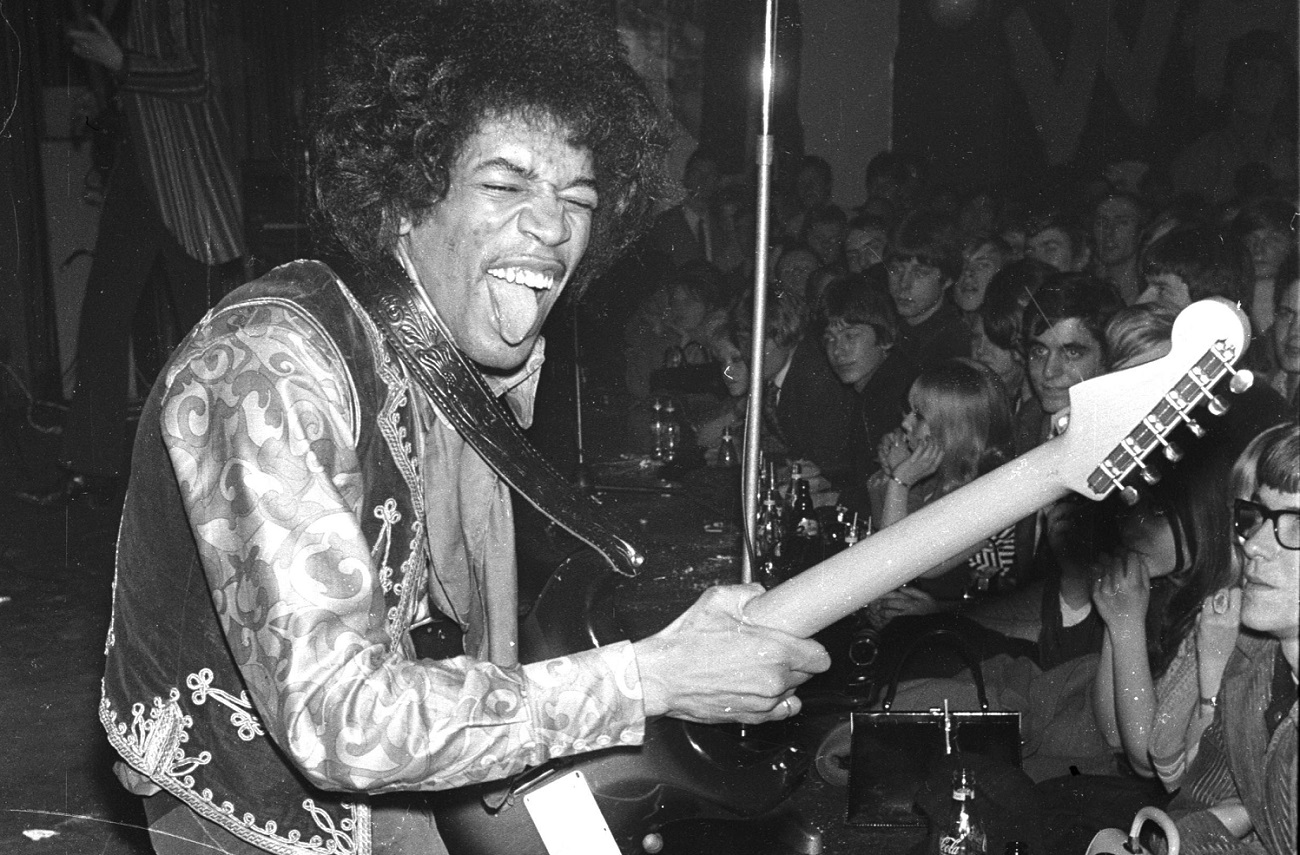 Young Hendrix dropped out of high school and went into the army when he was only 19. Even in the US Army, he formed a band. For Hendrix, music was an essential part of his being.

After leaving the army in 1962, young Jimi's rise to fame was rather fast. But, sadly, so was Jimi Hendrix's death, which placed him in the infamous Club 27.

Many decades later, his hometown will start one of the biggest rock movements in history - grunge. And most of the musicians will end their lives just as their idol, pioneer, Jimi Hendrix. 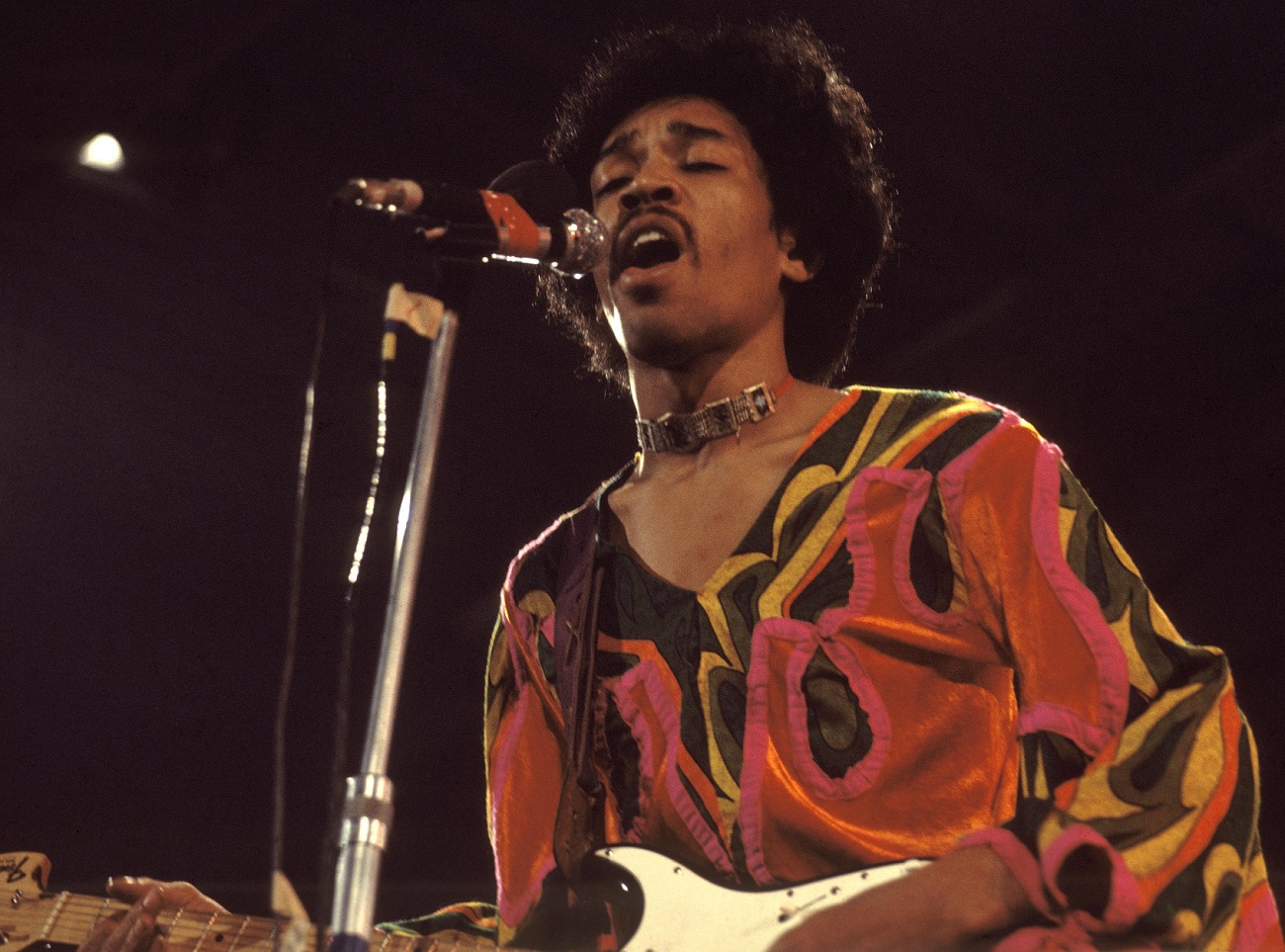 Just a few years before Jimi Hendrix's death, in 1964, the iconic left-handed guitarist moved to NYC.

This move was a major step in the career of the famed guitarist since, at one of his gigs, he met Bryan Chandler of the British group the Animals.

Jimi Hendrix Experience was created two years later, in London. And the legend was born.

Chandler was Hendrix's manager, and the group Jimi Hendrix Experience consisted of bassist Noel Redding and drummer Mitch Mitchell, alongside Hendrix himself.

In England, the American guitarist became a proper rock star, so much so that his fans were Eric Clapton, The Beatles, and The Stones.

Hendrix managed in the UK to achieve what he couldn't achieve in the US due to segregation and the civil rights war.

The now-iconic musician was a smashing success thanks to hits like Hey Joe and Purple Haze and Jimi's stage presence, image, and fashion choices. Charismatic, energetic, the guitarist didn't just play the instrument. He would chew on it, play it behind his back, burn it.

Jimi Hendrix Experience justified their name - it was not just another rock gig; it truly was an experience. 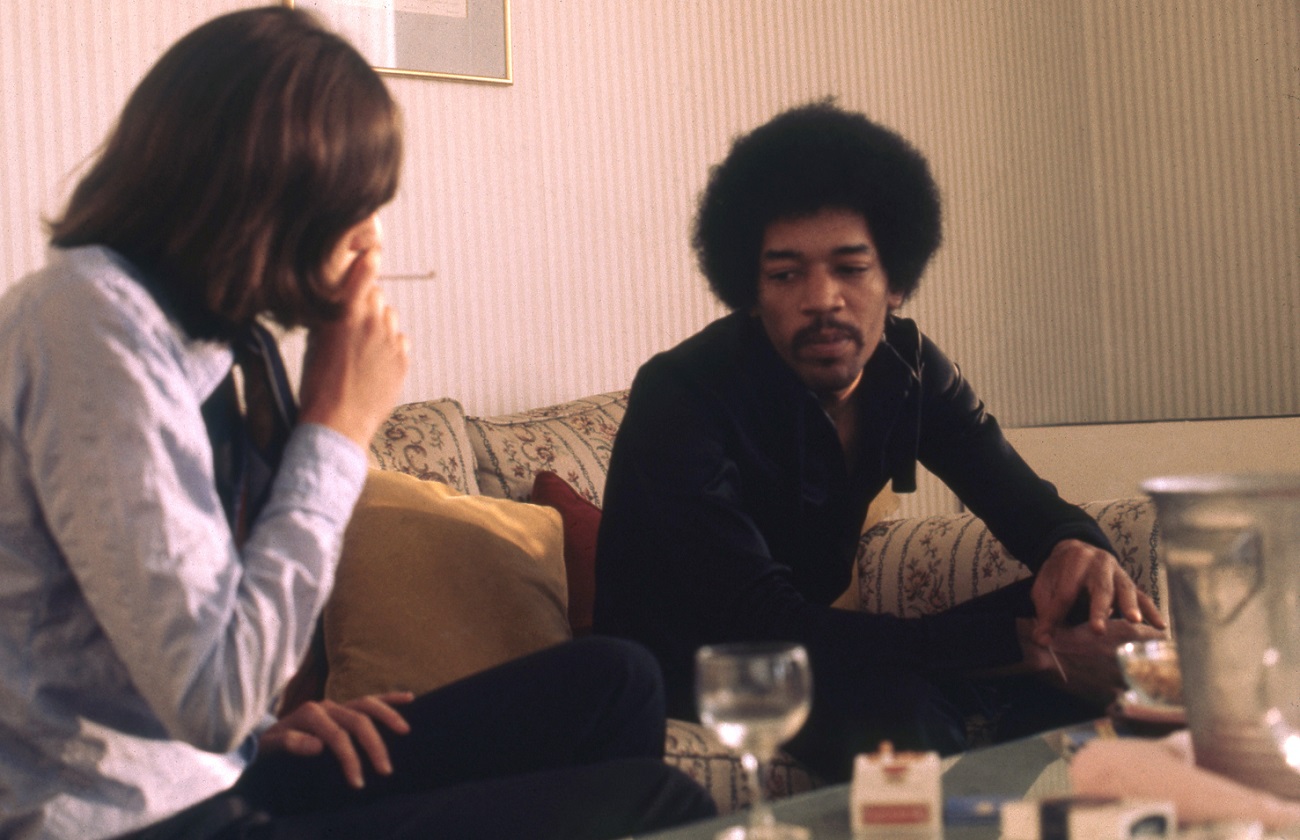 The best guitarist in the world now had the recognition, but fame wasn't all that it's cracked out to be.

He quickly became associated with drugs, LSD, marijuana, cocaine, everything that was part of the rock scene in the late 60s.

During one of his outbursts in 1968, during a tour, Jimi, full of drugs and alcohol, injured his right hand.

When he was at his best, Jimi was shy yet friendly, not quite as impressive as on stage. Still, he was entertaining, and women found him irresistible.

His last girlfriend was figure skater Monika Dannemann. Though her story changed over time, the real suspect was Michael Jeffery, Hendrix's manager at the time.

Chandler asked Jeffery for help in managing Jimi Hendrix Experience. According to the former roadie, Jeffery made Hendrix swallow sleeping pills and confessed to it.

The reason? Jimi was worth more dead than alive to him, but Jeffery died just three years after Hendrix in an accident. He didn't quite get to enjoy all the millions Hendrix would have brought him.

So, How Did Jimi Hendrix Die? 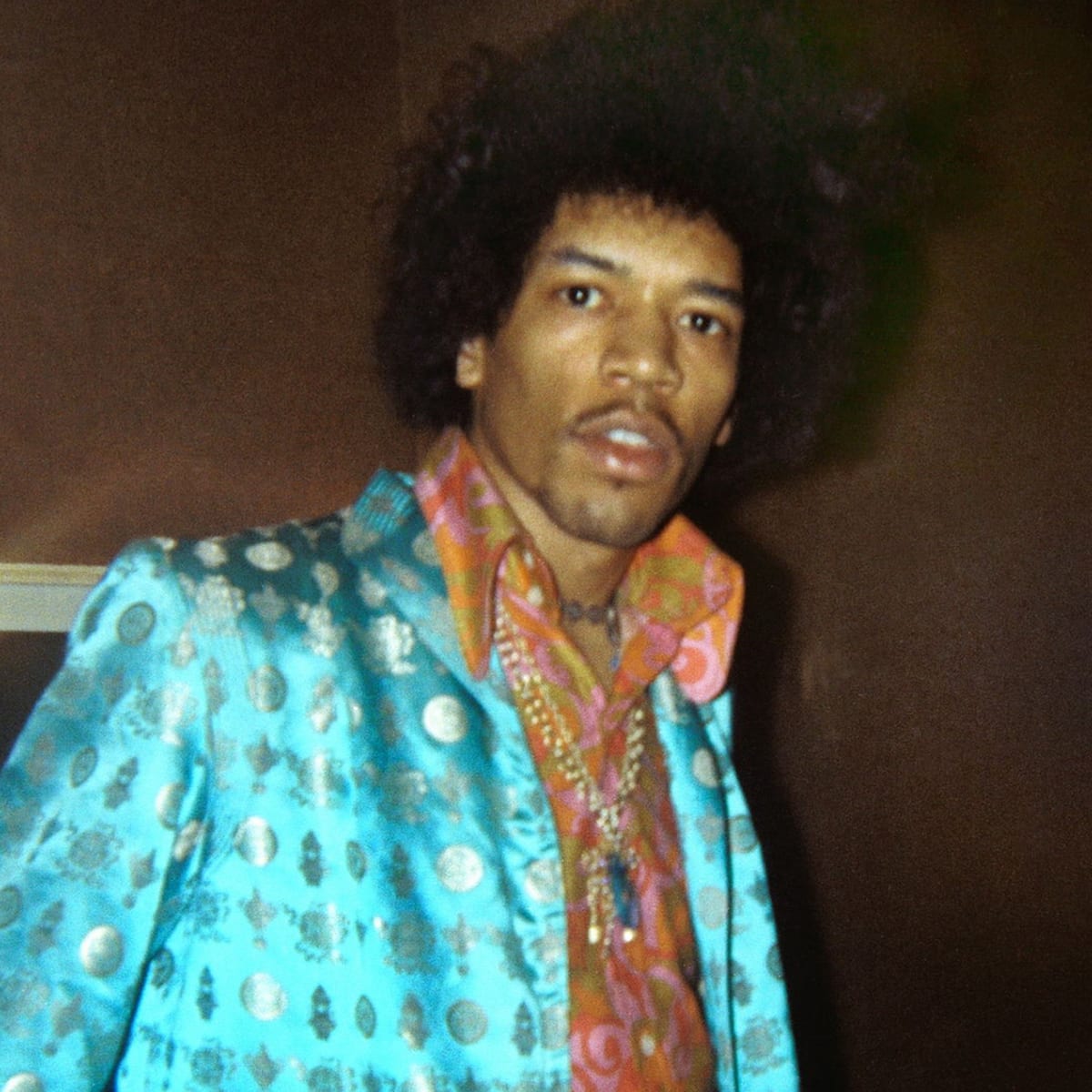 Apart from the popular yet unprovable murder theory, some suggest that Jimi Hendrix killed himself.

On the day of his death, the guitarist wrote a poem that he gave to his girlfriend. But, his last words, according to The Guardian, were:

It was no secret that Jimi Hendrix had insomnia that only got worse due to his drug abuse.

He was stressed out, overworked, and let's face it: he was a black man, playing for a mostly white audience, so he had demons that not many in his circle could understand.

After his legendary Woodstock performance in 1969, Jimi needed a break. But, he was a hot, young artist in demand, and his management did not quite care about his wellbeing.

Was it an accidental overdose or a deliberate attempt to end his life? This is another question about Jimi Hendrix's death that will haunt generations to come.

What we do know is that Hendrix was with Monika Dannemann on the morning of his death. They had dinner and went to sleep around 6 am after taking their sleeping pills.

Monika woke up around 10 am and went to get cigarettes. An hour later, she was back, and Jimi Hendrix was gone.

Some claim she delayed calling for help, while others even said she might have poisoned him. Yet, it was quite clear that Dannemann would have nothing to gain.

The Aftermath Of Jimi Hendrix's Death 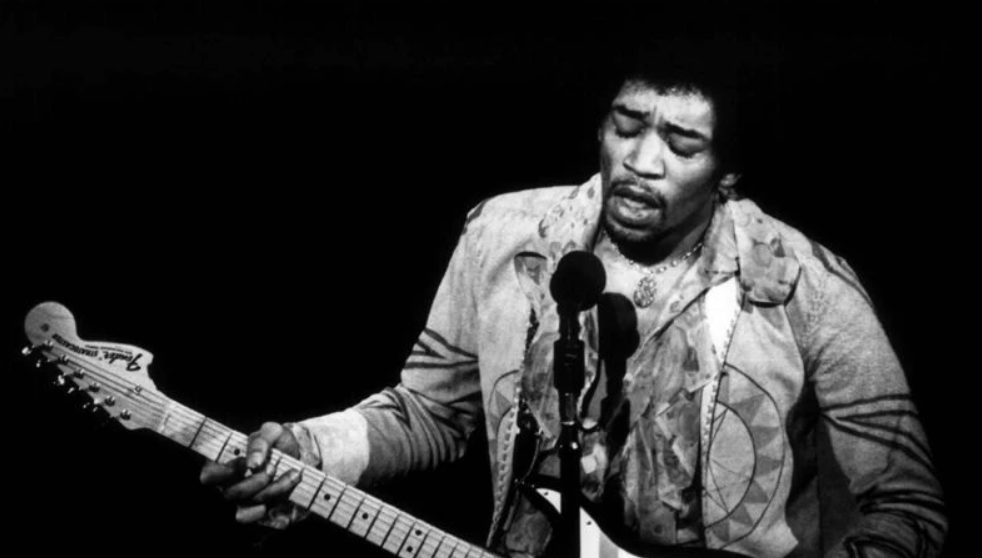 Though Hendrix choked on his vomit, which is not quite the sight, he left an imaginable mark in music history.

No one could repeat what Jimi Hendrix did with an electric guitar.

With the deaths of Brian Jones, Janis Joplin, Jim Morrison, and later, Kurt Cobain, Hedrix is on the list of the best and the brightest stars who all died at 27.

Similar to the deaths of Brian Jones and Cobain, Jimi Hendrix's death will remain a mystery. Perhaps the truth is quite simple - the accidental overdose.

Hendrix swallowed as much as nine Vesparax pills. An ordinary man would fall asleep for eight hours after taking only a half on a pill.

As his friend Deering Howe once said:

"Jimi would take a handful of shit, not even knowing what it was."

But, the rock history, the myth greater than any man, it might be what makes us all so suspicious, always looking for details, trying to solve the puzzle, refusing to believe those rock gods were mere humans.