She was charming, ambitious, a sex icon, and a star. She was Marilyn Monroe. The beautiful blonde actress led not only the modeling industry but the movie world as well.

But what most people don't know is the woman before the icon. The woman named Norma Jeane, who was married to a police detective, James Dougherty, lived a simple and modest life.

As a Los Angeles Police detective who was the first trainer of the SWAT group, James Dougherty had a successful career on his own. Still, he is probably generally well known for the short marriage to Norma Jeane Mortenson, who became Marilyn Monroe.

Who Was James Dougherty 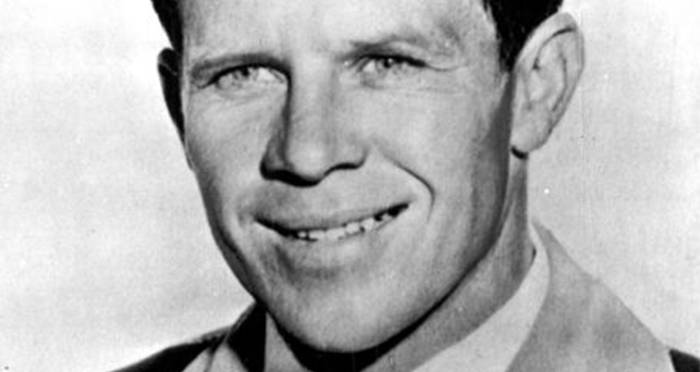 Born in Texas on April 21, 1921, James Edward Dougherty was his parents' fifth and last child. His parents, Edward and Ethel Dougherty, were originally from Pueblo, Colorado.

In 1938, Dougherty graduated from Van Nuys High School in a similar class as entertainer Jane Russell. He was a classmate of Jane Russel, a future colleague of his wife.

After graduation, James Dougherty worked the nightshift at the nearby Lockheed Aircraft Corporation. It was then he met Norma Jeane. The 16-year-old girl stole his heart with her beauty and maturity. 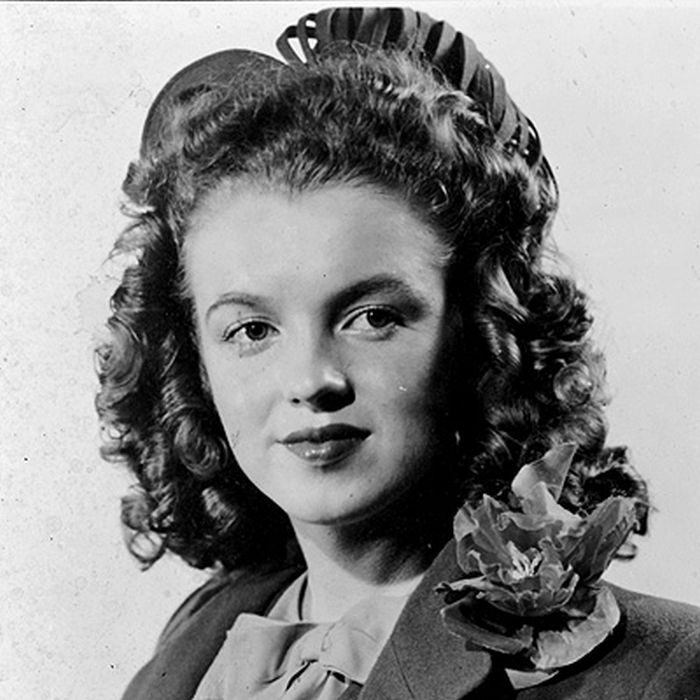 Norma Jeane didn't grow up with her mother, Gladys, because she was in and out of psychiatric homes.

She grew up in and out of different foster homes, and she never had a place to call her own until she married James.

She eventually lived with Grace Goddard- the woman who introduced her to James Dougherty- as Grace and Glady were friends. 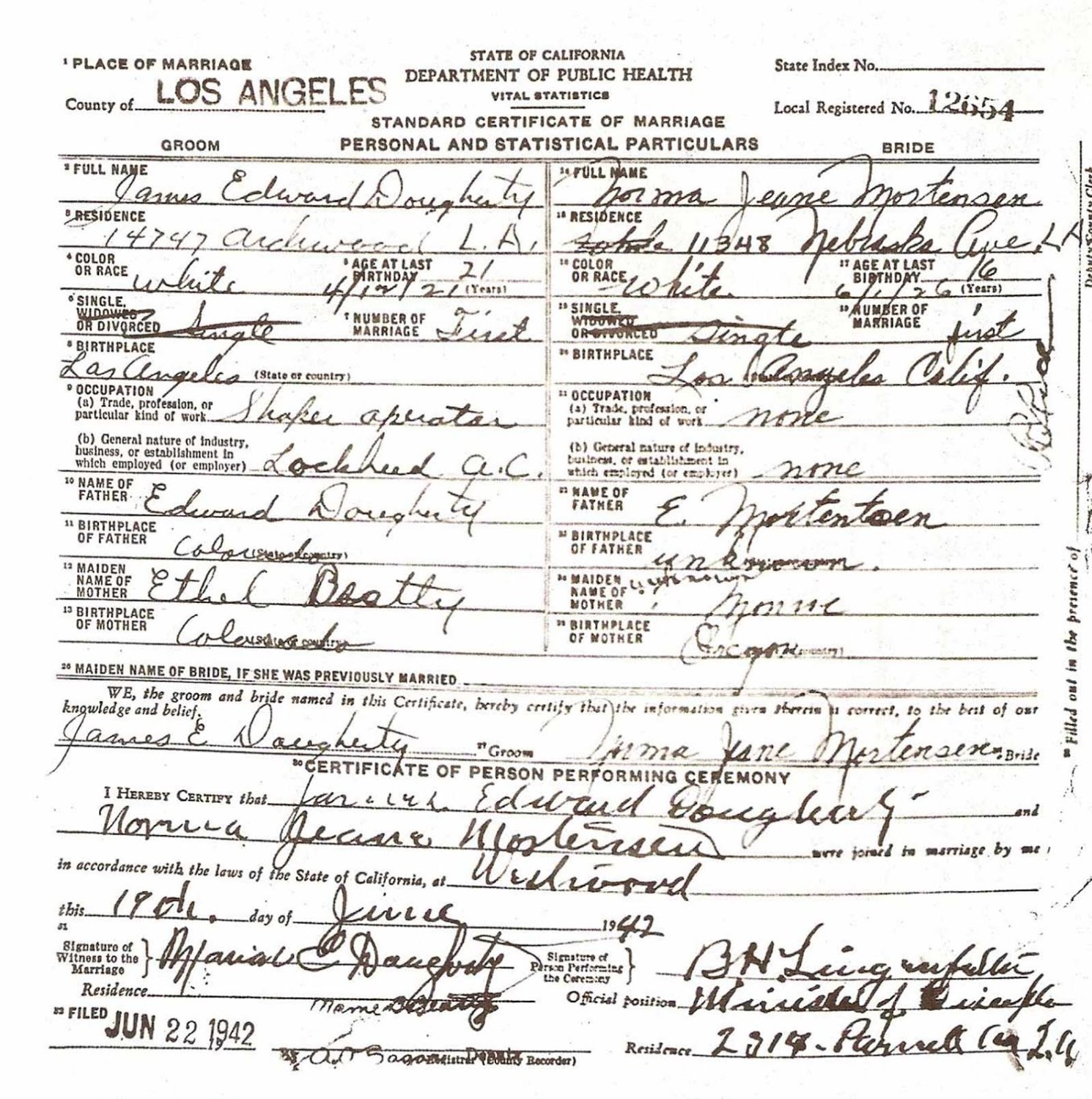 Grace and her husband were about to move back to where they lived before in West Virginia, and they couldn't take Norma Jeane due to foster laws. Norma Jeane would have had to go back to another foster home, but Grace had a better idea.

Her neighbor's son was a fine and pleasing gentleman, and marriage between him and Norma would be the perfect solution. And indeed it was.

"I thought she was awfully young, but I took her to a dance." James Dougherty said in an interview once. " She was a pretty mature girl, and physically she was mature, of course. We talked, and we got on pretty good."

Even though they married to prevent her from returning to a foster home, they were in love. 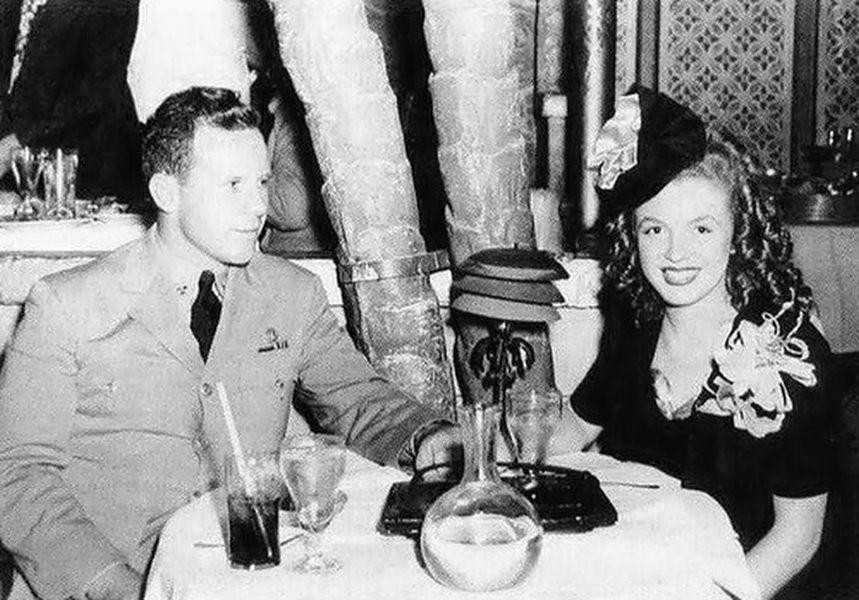 James was a guy who had a good sense of humor and knew how to enjoy life as it was. He was so full of life.

When James met Norma Jean, she was pretty much a tomboy. He loved taking her around and showing her new things and places. He made her more comfortable in her body, making her more feminine and refined. 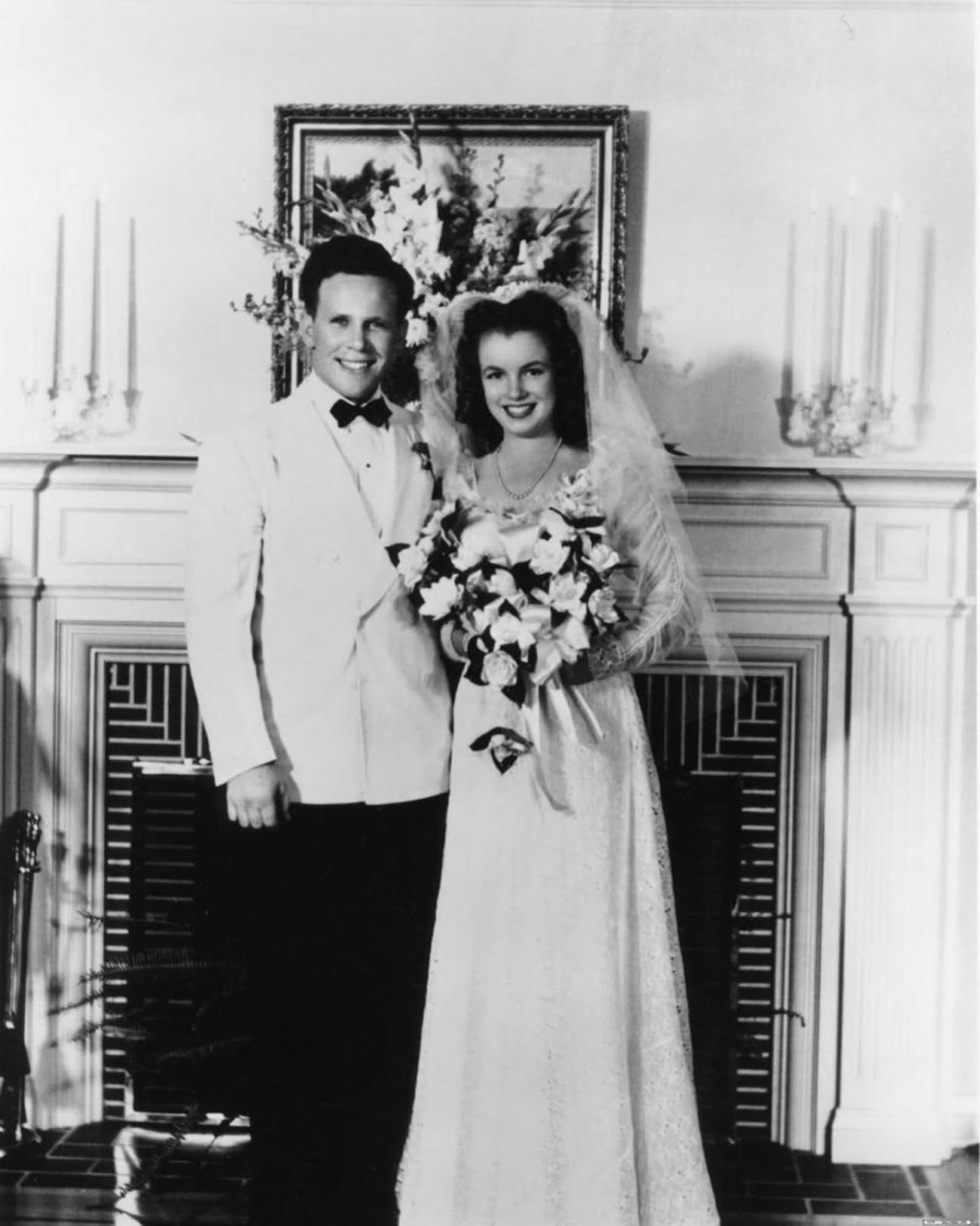 Norma Jean was a housewife initially. They enjoyed spending time with each other as couples and even went out on dates every weekend. To them, it was like being on a honeymoon all year round. After their honeymoon, they moved into a small apartment in Sherman Oaks.

But all good things don't last forever. Shortly after their wedding, James joined the Navy, where he was assigned overseas. His wife then relocated back home to be close to his family in Van Nuys. 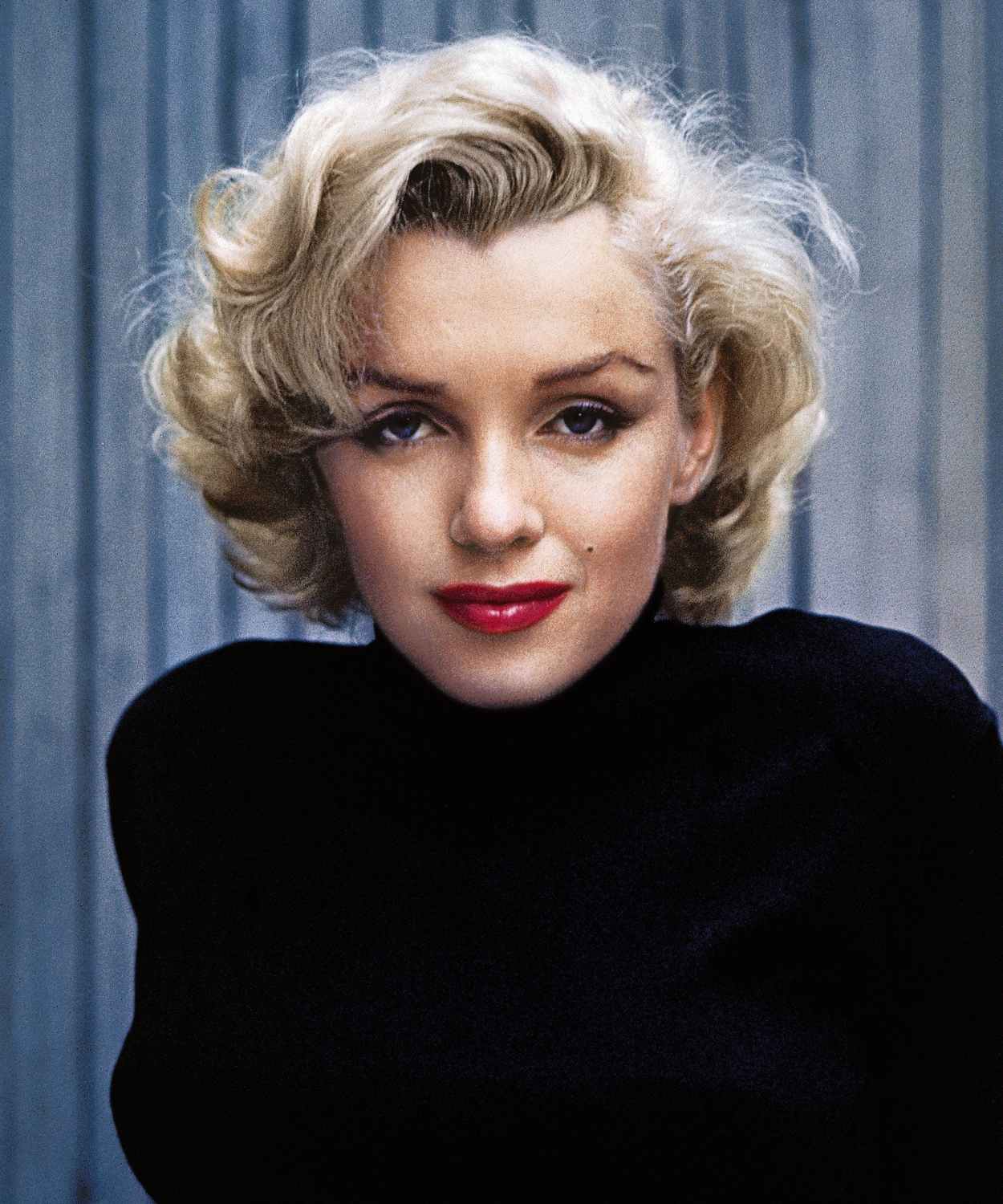 After James traveled, Norma Jeane couldn't stay at home alone anymore. She decided to get a job and eventually found one in a radio plane factory, where she was packing and inspecting materials for the war.

It was in her time there that she met a photographer named David Conover. Her beauty and poise caught Conover's attention, and he introduced her to some modeling jobs. She was so good that she got signed into the Blue Book Model Agency in less than a year and began appearing in some top magazines, which gained her some fame as a model.

But this was only the beginning of Norma Jeane's taste of fame. She auditioned at 20th Century Fox and got an acting contract despite not having any acting experience. But they were an ultimatum- she had to be a single woman before she was signed in. According to them, they didn't want a pregnant starlet.

Dougherty, who was a thousand miles away, was unaware of what was going on back home. He was on a ship to Shanghai when he got the divorce papers.

He returned home and tried to talk her out of it, but Norma Jeane's mind was made up. She wanted more than just a stable house and a doting husband. She could do more, and her marriage wasn't going to stop her.

She still wanted to be with James but not be married on contract. James couldn't do that, so they split and got a divorce. 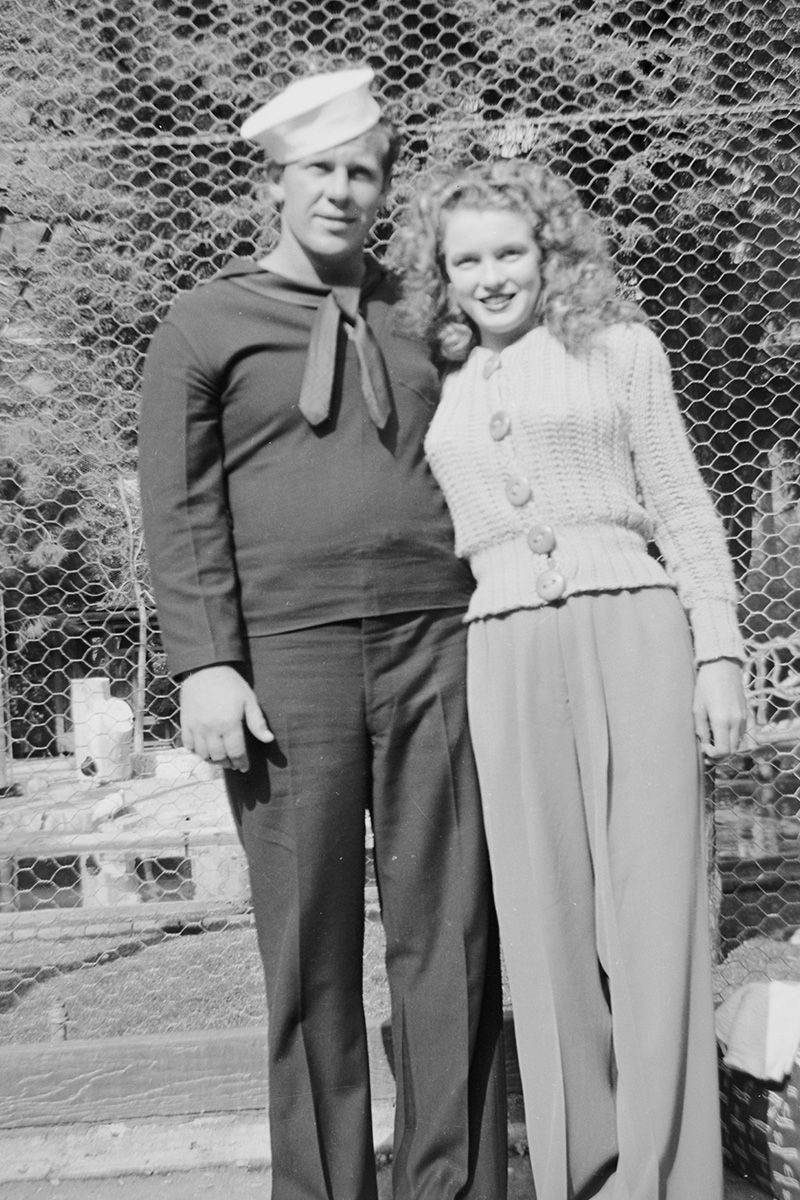 A year after their divorce, Dougherty remarried a young woman named Patricia Scotsman, and their marriage produced three daughters.

A few years after his second marriage, James Dougherty joined the police and became a detective. He was the first officer ever to train the pioneer members of the Special Weapons and Tactics team (SWAT).

Dougherty's second marriage lasted for 25 years they got divorced. In 1974, he married his final wife, Rita Lambert.

They lived Together in Sabattus, Maine, which was also Rita's hometown. There he worked as an Androscoggin County commissioner and also taught at the Maine Criminal Justice Academy. 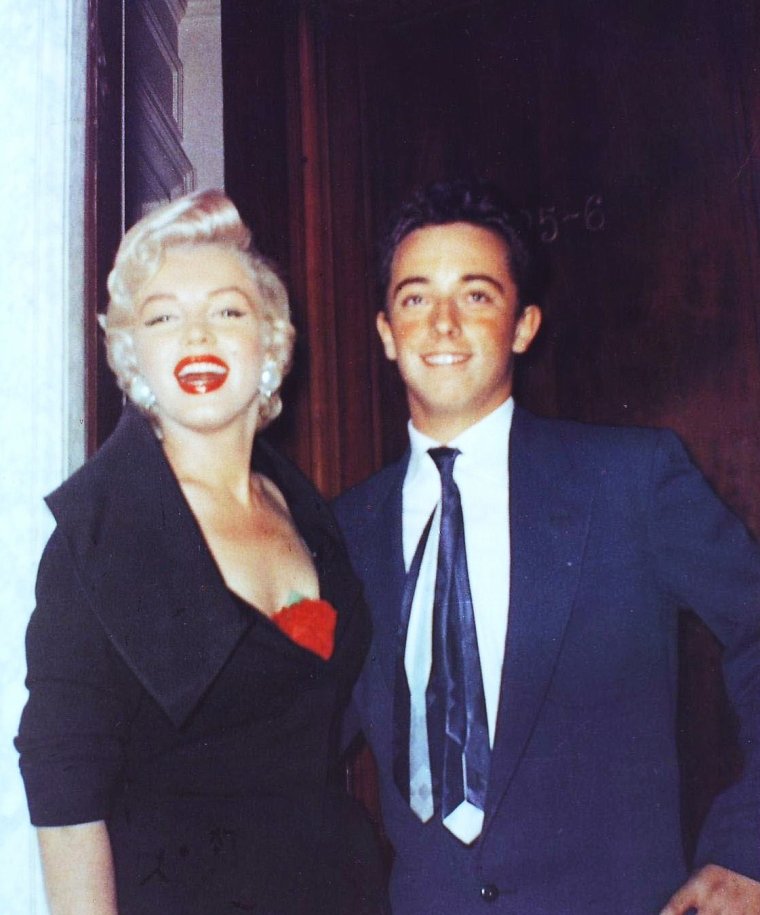 After their divorce, James Dougherty didn't have any contact with Norma Jean (now Marilyn Monroe) but followed her career until her untimely death in 1962.

He claimed he never saw any of Marilyn's movies in the theatre because he didn't want to provoke his second wife. She was in constant competition with Norma Jeane that put some strain and conflict in their relationship. 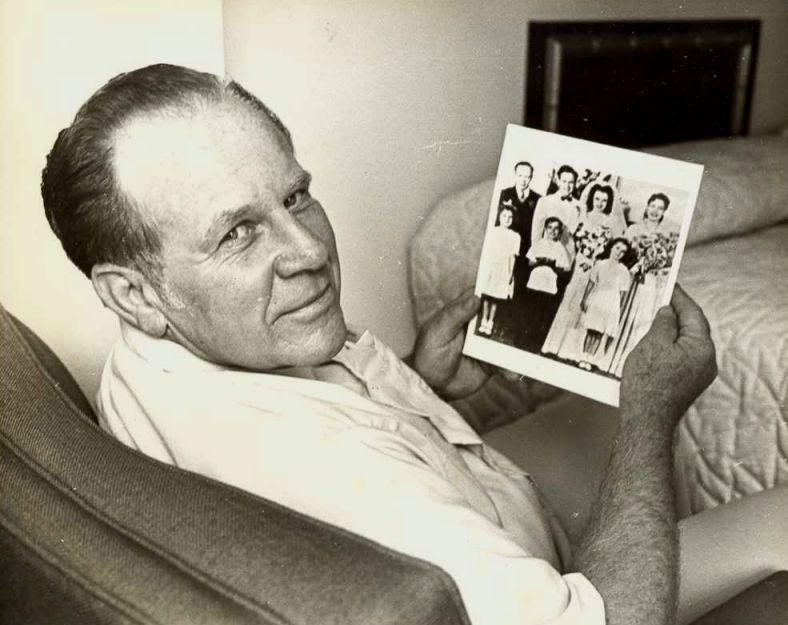 James Dougherty was a wise man. He knew when to pick his battles, and this one wasn't one of them. So he tried his best to stay away from anything about the starlet.

He didn't watch her movies, he didn't reply to interview invitations bout her, and he even destroyed hundreds of their letters. Something that would have been worth thousands of dollars. 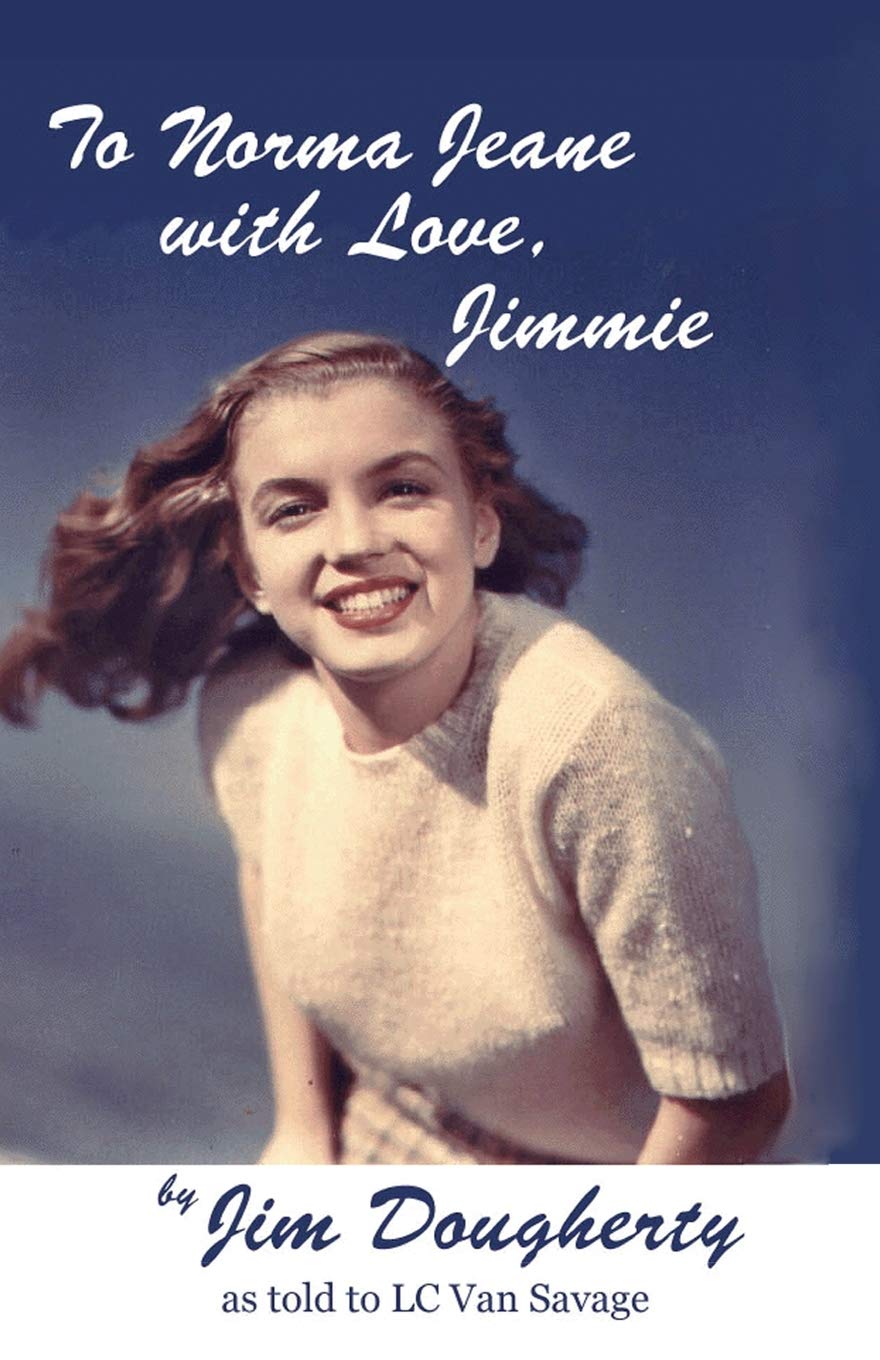 After his second marriage was over, he became more open to talking about his first wife. He even wrote a book about her titled To Norma Jean With Love, Jimmie.

He said he never met Marilyn Monroe, but the girl he knew was Norma Jeane. He married a small-town girl, and Marilyn was a movie star: