The crypto market has taken a massive hit recently, with Bitcoin crashing below $20,000 in mid-July 2022, the lowest price in 18 months.

Since Bitcoin is the leading crypto on the market, its plummeting prices have dragged all the other digital currencies, causing a massive crypto crash.

It looks like Jake has joined many who have been burned by the volatile nature of cryptocurrency, as recently revealed by his brother Logan on his podcast. 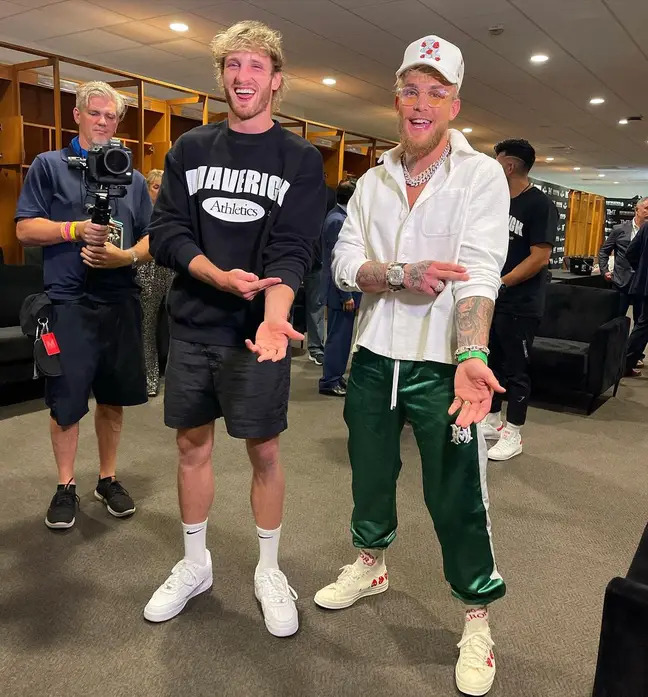 Logan said that Jake's decision to put his money into various cryptocurrencies is not paying off.

Logan dropped the bombshell when co-hosts George Janko and Mike Majlak were hailing his little brother's success in the ring.

Pointing out Jake's success in the sport and impressive salaries for each fight, Janko remarked:

That's when Logan interjected to say:

But it appears Logan describing Jake as "poor" is likely an exaggeration, considering he made it to the top ten highest-paid athletes under 25.

Jake also profits from various other projects, including his famous YouTube channel, which has more than 20 million subscribers.

But as someone who invested almost all his profits on cryptos, there's no doubt he has lost a fair chunk in the recent crypto market crash.

And Jake hasn't been quiet about the people he blames for his current crypto predicament.

In a recent Twitter rant, he placed the blame on Joe Biden, writing:

"If you're reading this and voted for Biden, and you still don't regret it, then you are the American problem."

It didn't take long for the online community to clap back at Jake's post. His tweet received more than 8,000 comments in a matter of hours.

"My man blames Biden for crypto you know… when he's one of the main dudes pumping and dumping."

"Are you… blaming Biden for crypto? The thing that is advertised as uncontrollable by the government?"

While a third added:

"If you don't understand how literally anything works, just say that."

Not defending Biden on the recent economic crisis, though — the world of cryptocurrency is unregulated and isn't under the control of any political administration.

So, the plummeting crypto prices really aren't something any politician can be blamed for.

SOL Vs HBAR: What To Invest In?

Where To Swap FTM Without KYC And Verification