To most people, the idea of a rabbit with antlers is a myth, but some think the creature is real.

The jackalope is one of the most popular mythical animals in Wyoming's folklore to this day.

The name of this creature is a portmanteau of the words jackrabbit and antelope. While it has the body of a rabbit, it has the horns of an antelope.

Among its most interesting attributes is its ability to sing. According to folklore, the creature is also quite powerful and elusive.

Where Did The Jackalope Legend Start?

The jackalope has a disputed origin, just like the Big Foot and the Loch Ness monster. While it is not clear how the legend of the jackalope started, many agree that two brothers from Wyoming are responsible for creating the myth.

Douglas Herrick, a Wyoming resident, is credited with making up the mythical creature.

He went on a successful hunting trip with his brother Ralph in 1932. After they got home, they put the animals they had hunted on the ground.

While setting down rabbit carcasses beside antelope antlers, he got the idea to create a rabbit head with antlers.

Ralph suggested that they mount the animal.

Over time, Wyoming residents fell in love with the mythical creature, and Herrick sold the first mounted jackalope to a local hotel owner for ten dollars.

Unfortunately, someone stole it in 1977. In the meantime, the animal proved to be very popular, and the brothers sold tens of thousands of them to anxious buyers.

At some point, Ralph admitted that he could not make them "fast enough." That popularity is what eventually turned the hybrid creature into a myth.

The creature seems to have a German equivalent known as wolpertinger and a Swedish species known as skvader. Eventually, Ralph reluctantly agreed that they created the animal in the 1930s.

How To Catch A Jackalope 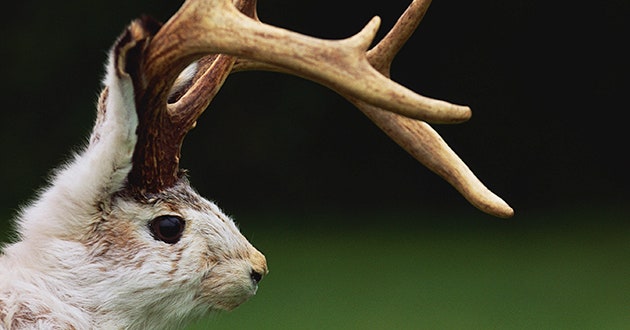 According to legend, the jackalopes are so powerful and fast that they can't be caught. The hybrid creature can run at speeds of 90 miles an hour, making chasing them down rather pointless.

Those lucky enough to catch the mythical creature are advised to be careful as they can get gored, clawed, and kicked by the vicious beast. In fact, for this reason, loggers should wear stovepipes on their legs to protect themselves.

To catch the animal, you should leave whiskey outside. They love the drink, and once they get intoxicated from taking it, the jackalopes are a lot easier to catch.

Despite their love for fine liquor, the jackalopes are not dumb. They can understand and even mimic human speech.

They like to startle people by sitting close to campfires where they sing back the songs the campers are singing.

Otherwise, there are plenty of reasons to want to catch a jackalope.

The female produces very powerful milk that can be used as medicine and aphrodisiac. Allegedly, the milk can be found in supermarkets within Wyoming.

The Tourist Who Wanted To Catch A Jackalope 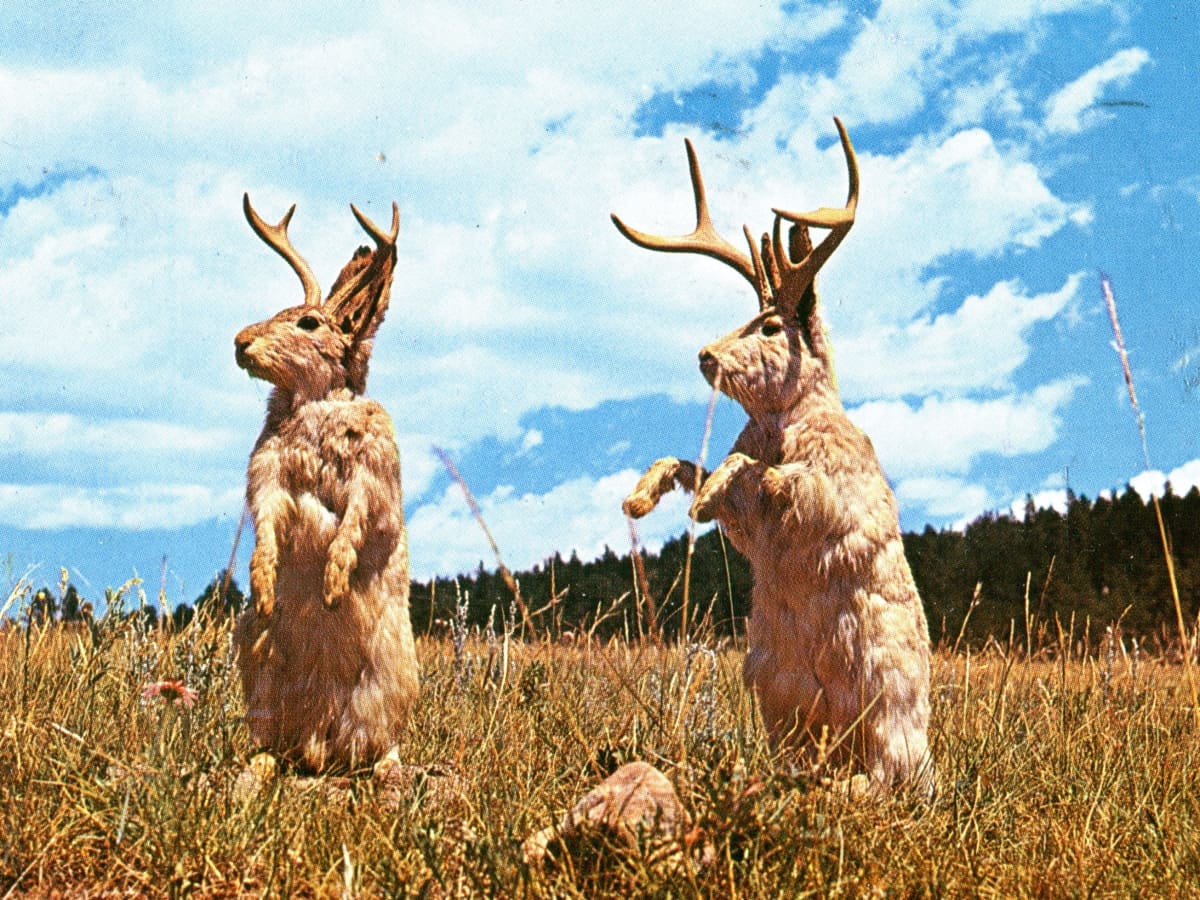 Some tourists who came to Wyoming were pretty curious about these animals. At one point, Ralph was asked by a tourist for tips on hunting the jackalope.

The tourist also expressed a wish to rear jackalopes.

Ralph had a prepared answer. He told the determined tourists that the creatures shed their horns around that time of the year and that they can only be tracked down and hunted during the winter.

Ralph was relieved when the tourist did not come back later. He seemingly gave up on his quest.

If he had come back, he would have still needed a license. Shockingly, these documents are available from the Chamber of Commerce in Douglas, Wyoming.

Sadly, the licenses can only be used for two hours on June 31. In case you missed it, there is no such date on the calendar.

Additionally, you should have an IQ of between 50 to 72. Even with all these conditions, Wyoming is still the best place to hunt these creatures.

The Significance Of Jackapoles In Wyoming 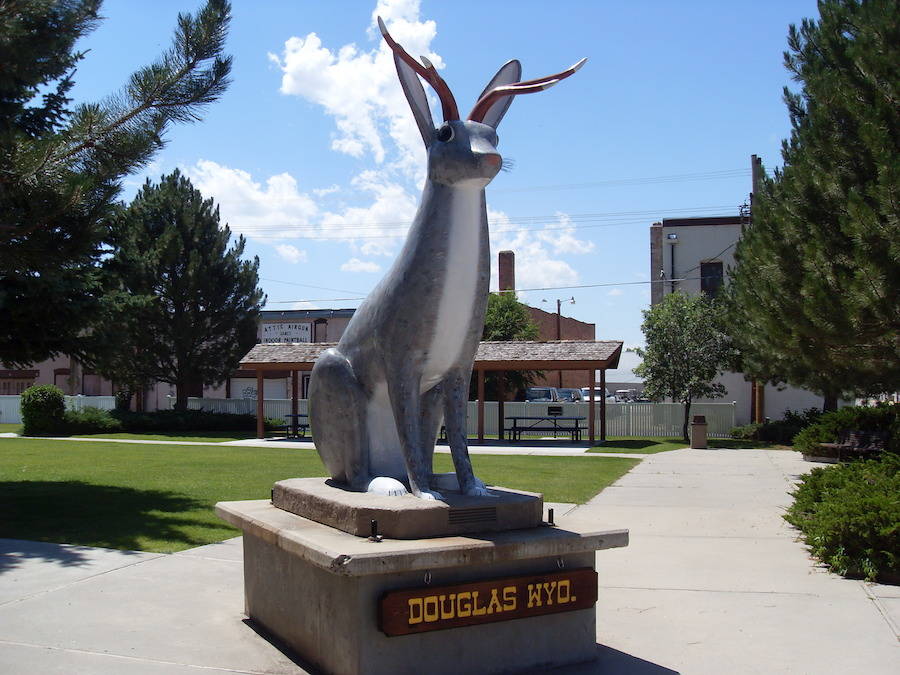 Wyoming feels a specific connection to the jackalope. Today, at least two statues celebrate the creature in the state.

There are even signs warning people about jackalopes in Wyoming. Given their reputation, these signs seem necessary. After all, they have a reputation for attacking people by goring them with their antlers on their legs.

Skeptics have wondered why the mythical creature is not found all over the United States. Jackalope believers, however, insist that since the animal has a limited mating window, their numbers are very low.

The creatures can only mate during lightning storms. Therefore, their population can't grow as much as some people expect.

As much as Wyoming loves the jackalope, there is still a problem that has not been solved by lawmakers. They have attempted to make the jackalope the official mythological creature of the state.

After the legislation was introduced in 2005 by Dave Edwards, it did not pass. Another attempt was made in 2013, but it also failed.

The third attempt in 2015 also failed to meet with any success. That does not mean the legislators have given up on their goal. 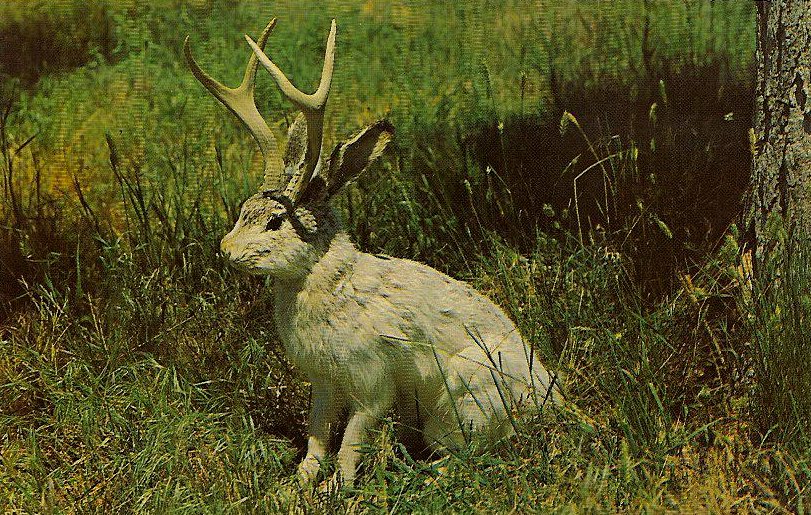 To this day, the debate on whether jackalopes are real has never come to an end. For the most part, history credits Douglas and his brother with starting the jackalope legend.

Still, some think that the creature existed before the 1930s. A story claims that a jackalope was seen in Wyoming back in 1829 by a fur-trapper known as Roy Ball.

The earliest evidence of the creature is from a sixteenth-century painting. Some legends say that these mysterious creatures gave deer their horns.

Some people also claim that the Buddha talked about the horned rabbits for some time. Nevertheless, although he did so, he denied their existence.

Scientists believe they have an answer to this myth. They think that it's possible that the horned rabbits people see are rabbits suffering from Shoppe papilloma, a cancer that makes an animal develop bumps that look like horns on their heads.

It has been over two decades since Harrick's brothers stopped making the jackalopes after their business went down.

Still, to this day, gullible tourists to Wyoming are talked into believing that the jackalope exists, which helps promote the notion that they are real.

Generally, it seems that the myth has to go on because some Wyomingites get pretty upset when someone tries to tell that the jackalope is not accurate.

Some claim that the creature has gone extinct, which is why it seems like it does not exist anymore.

The jackalope has been featured in television shows, poems, video games, and postcards. In addition to Wyoming, jackalope sightings have also been reported in Colorado and Nebraska.

President Ronald Reagan had a taxidermied jackalope head, which he got in South Dakota. If you want to see the jackalope today, the only options you have are taxidermy mounts and drawings.