You've probably heard of gender reveal parties. These days, couples who don't hold these new, hot, and must-have events are made to feel like they are behind the times.

However, these events are not as important as they are made to appear. In fact, they are totally unnecessary.

Before social media completely took over the world, there were no gender reveal parties necessary to find out the gender of the baby you were expecting.

What Does A Gender Reveal Party Even Mean? 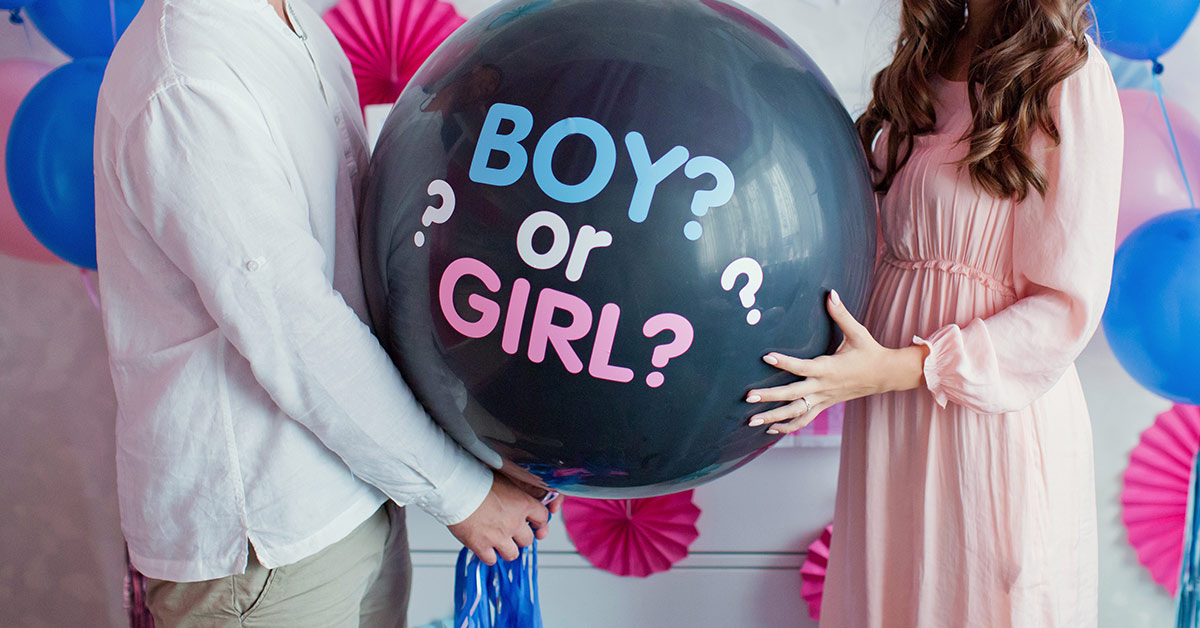 it's officially time to retire the 'gender reveal party'

Although they make these parties to sound like they are all about the unborn baby, the truth is a little different.

Here is how it works: a party attendee is trusted to keep the baby's gender secret and create a 'show' before the couple and the guests. During this show, the partygoers will either see pink for a girl or blue for a boy.

This idea began with Jenna Karvunidis, an Instagram user:

"I mean gosh, I just like to throw parties, I just thought it would be really fun for everybody in the whole family to find out."

Jenna held a gender reveal party using a cake. Over time, the event has been embellished with other elements such as colored smoke machines and confetti guns.

Yes, they do. This should be obvious because throwing a party to determine the gender of your baby will reinforce negative stereotypes about gender on the baby.

The idea of celebrating a child's gender is without a doubt quite fantastic. After all, who doesn't love a good party?

These parties are a concern because they promote the notion that there are 'two' genders that can be categorized by the colors blue and pink.

Then we have an issue with people who later in life realize that they were born into the wrong bodies.

Of course, you also have to take into consideration the confusion that exists between the words gender and sex.

With all these concerns, the phrase 'sex reveal party' would be more appropriate, but we doubt it would catch on or carry the same meaning.

Gender Reveal Parties And Their Impact On Gender Identity

Picture this: you throw a kickass party to celebrate the revelation of your baby's gender. After you cut into a cupcake, you notice the pink filling and cheer, knowing that you have a baby girl on the way.

Later, family and friends buy pink clothes for your baby, as well as barbies and dollhouses.

However, imagine how it would be when your girl decides seven years later that she is not really a girl. In other words, she feels like she is acting like a girl because she has had all these society assurances that she is a girl. She also feels obligated to stick to the color she was assigned as a kid.

Therefore, it's time to accept that gender reveal parties might be causing more harm than good.

Why Gender Reveal Parties Are Getting Dangerous

Instagram has created a real need to compete with other people and outdo them. That is precisely what happened with gender reveal parties.

Initially, the parties were not as crazy as they are nowadays.

However, these days, people are going crazy trying to throw the most incredible gender reveal parties ever. The balloons with colored powder and the cupcakes don't seem to cut it anymore.

Today, smoke bombs, powder canons, and other exploding gimmicks are used to make these parties more unforgettable, and it's getting very dangerous.

For instance, a couple took their kids to El Ranch Dorado Park, California, and set off a device that revealed their unborn baby's gender. However, things went south pretty fast.

According to a Bloomberg report:

"… the device they used sparked a wildfire that burned thousands of acres and forced people to flee from a city east of Los Angeles."

In addition, evacuations were also necessary in Yucaipa, a city of 54,000, and its surroundings. In the end, the fire had spread over an area of 30 square kilometers and more than 500 firefighters were involved although their impact was hardly noticeable due to the fierceness of the fire.

One might think that this was an isolated incident, but such accidents happen more often than most people think.

Back in 2017, a gender reveal party being thrown by an off-duty border patrol agent ended up burning 47,000 acres of land.

The mom who started the trend is also deeply concerned, and she is asking people to stop the madness because things are quickly getting out of hand. 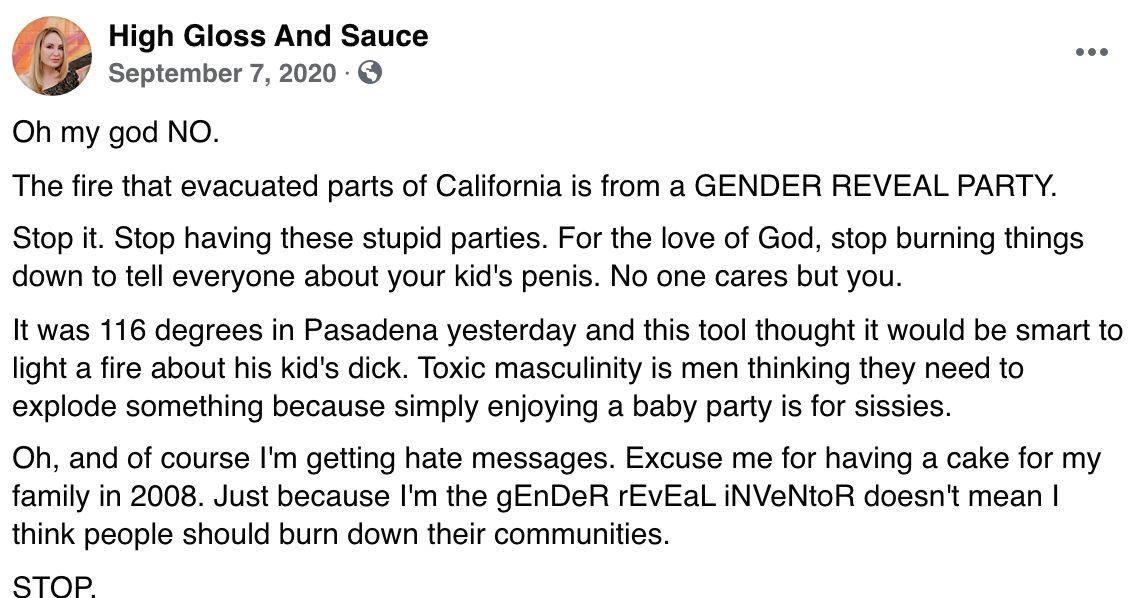 If the woman who started it all is now saying it's time to stop, people should pay attention. She urges people to stop burning down their communities in an effort to tell strangers about their babies' genitals.