Israel Kamakawiwo'ole, also called Bruddah IZ or IZ, charmed many with his beautifully haunting voice and gentle ukulele playing. At the time he died, he was a music legend. His name, Kamakakawiwo'ole, means "the fearless eye, the boldface" in Hawaiian. The man certainly lived up to his name with his bold music and spirited activism.

Sadly, Israel Kamakawiwo'ole died young. He was just 38 at the time he passed away due to complications related to his weight.

By then, he was famous throughout the world for his remake of Somewhere Over The Rainbow.

His voice and ukulele skills could put an entire room into a stance. He usually incorporated elements of country, jazz, and reggae into his music.

He died in 1997, long before the world had enough of him. But his legacy is not going anywhere as in 2010. He was named The Voice of Hawaii by NPR.

To the people of Hawaii, where he is also remembered for the assistance he gave to the people as they fought for their identity, the charming giant will never be forgotten. 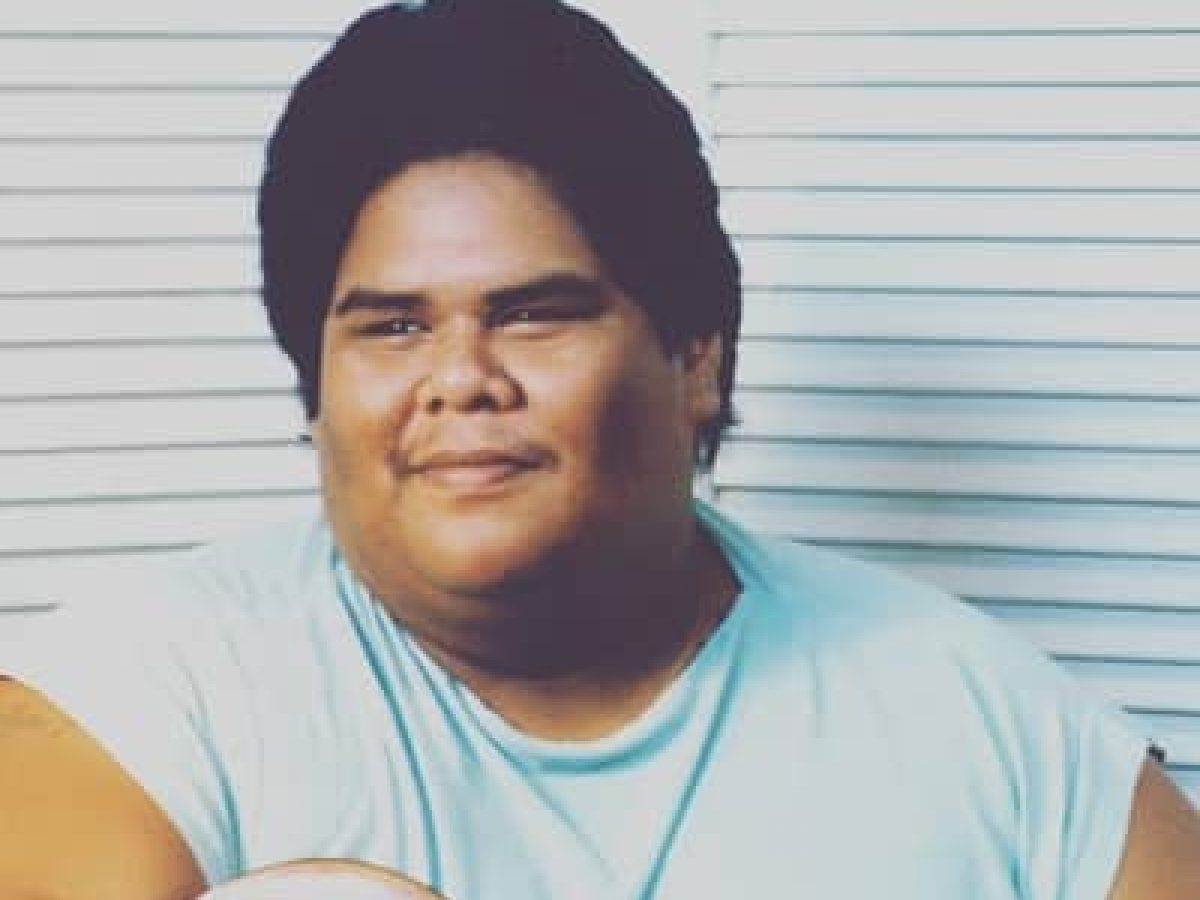 He loved playing the ukulele from early on, and when he was just 11, he would play with his brother and cousin.

His uncle was a musician as well, and he also played a role in Hawaii Five-O.

Nevertheless, Israel Kamakawiwo'ole was making his own way in the world of music.

When he was 17 years old, he formed the band Makaha Sons of Ni'ihau along with his brother Skippy. The band recorded 21 albums together between 1976 and 1991. The band was part of the Hawaiian Renaissance.

However, many of his pals got to hear him sing for the first time at a graduation party. Ironically, he had not managed to graduate from high school and turned into a drug addict.

One of his friends, Del Beazley, on hearing him sing, never forgot the magical moment. However, he was not the only one. The whole place was quiet as he sang.

According to Beazley, Israel's voice stopped everyone in their tracks.

At the time, Hawaiian music was mainly made to satisfy the needs of mainland America. However, Makaha Sons changed this by introducing authentic Hawaiian songs.

Unfortunately, when Skippy passed away in 1982 after suffering an obesity-related heart attack, Israel experienced a serious career setback. Skippy was just 28 at the time of his death.

Nevertheless, Israel pushed on. He married Marlene Ku'upua in the same year, and they remained together until he died in 1997. They had a daughter together, Ceslie-Ann.

Israel Kamakawiwo'ole's Somewhere Over The Rainbow

In 1988, Israel got his big break. He contacted Milan Bertosa, a recording engineer, and said he wanted to see him at his studio.

On the phone, Israel said he had an idea.

When Israel Kamakawiwo'ole walked in, Bertosa saw what he described as the largest human being he had ever seen in his life. He was immediately concerned over where the man would sit.

Soon enough, he did a quick soundcheck, and when everything was ready, Israel did "Somewhere Over the Rainbow."

He did a single take of the song, which also had elements of What A Wonderful World by Louis Armstrong. The rendition was uniquely beautiful.

Generally, the song changed Israel's life. Every stage he got on from then on, people requested the song. This went on until his tragic death. 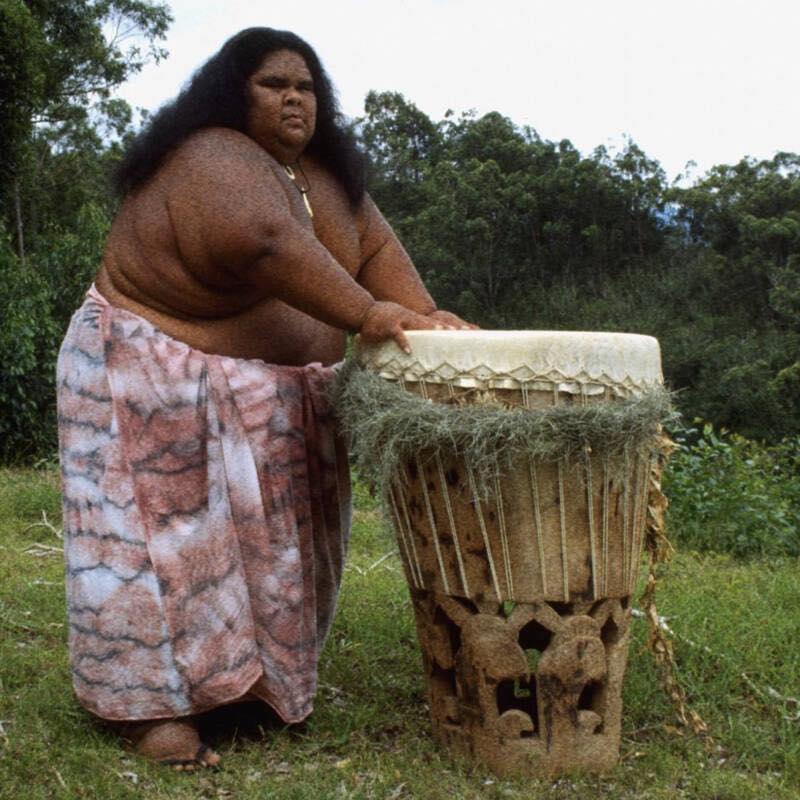 Even after producing a debut solo album, Ka'ano'i, in 1990 with an enhanced version of the song, the acoustic version got most people's attention.

In 1993, when Israel Kamakawiwo'ole was making his next album, Facing Future, he included the song in its original form. The album became one of the best-selling in Hawaii, and it also rose to the number 1 spot on the Billboard World Music charts. It also went platinum, and by 2005, it had sold more than 1 million copies, making it the first Hawaiian-produced album to go gold.

Bertosa recalls the time Israel did the song as being special because they managed to get the moment ideally.

Eventually, the song was in various advertisements, proving once more that the island state was under the influence of people looking to make a profit rather than people who genuinely cared for its culture. So far, the song has been in ER, Life on Mars, Letters to Santa, 50 First Dates, Modern Family, Scrubs, Meet Joe Black, South Pacific, Glee, and many other shows. 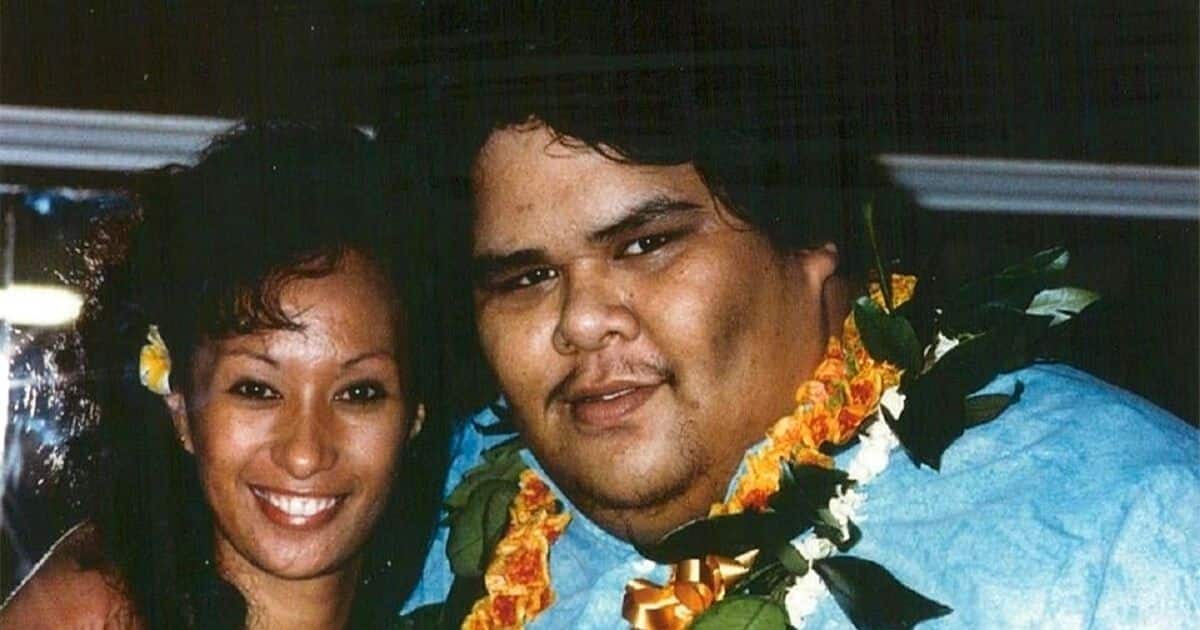 As time went by, Israel's weight was getting out of hand. He could not perform regularly, and he always had to carry an oxygen tank wherever he went. He also spent a lot of time in hospital, and at some point, he would need a forklift to get on stage to perform.

However, despite the personal health struggles he was going through, he was still very peaceful.

The artist had become a born-again Christian in 1996, a year before he died. He confessed that he was not afraid of death and asked that people not cry over him when his time came. He also released a song called Ke Alo O Iesu (The Presence of Jesus).

At the time he died, he was named The Voice of Hawaii. He died of respiratory failure. By then, he had already lost his mother, father, brother, and sister.

After his death was announced, all of Hawaii was in shock. KCCN-FM radio got several calls from inconsolable listeners for many hours.

His casket was also unique as it was made from wood from all the islands. When it was finally his day to get buried, the flag was flown at half-mast.

His ashes were paddled to Makua Beach as 10,000 people watched before they were scattered in the ocean.

Israel Kamakawiwo'ole Was A Big Man With A Big Heart 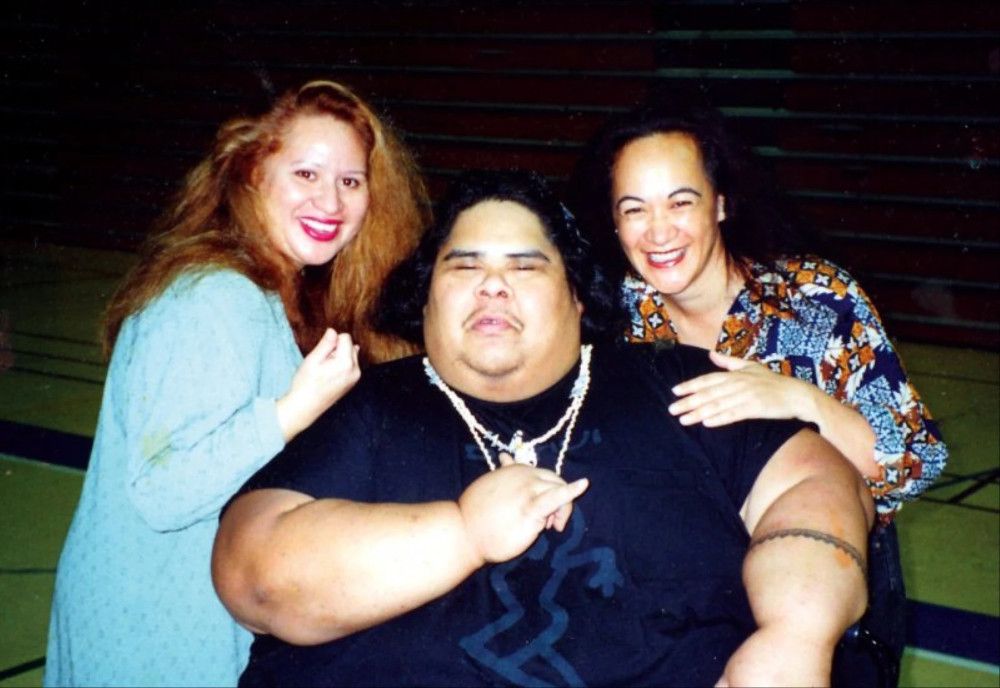 By all accounts, Israel Kamakawiwo'ole, or Bruddah Iz, was a big man. In addition to his towering career, he was also 6 feet 2 inches tall.

At the time he died, he weighed more than 1,000 pounds. He had been obese since he was young, and he averaged about 750 pounds all his life.

The man also had a big heart, and he certainly had a special place in his it for his fellow Hawaiians.

He was against corporate encroachment and tourism into his beloved Hawaii. These issues were dear to the people of Hawaii, making him even more cherished.

He is remembered as an activist for Hawaiian independence. Israel also had a lot of passion for Hawaiian environmental issues, which he addressed through his music.

To those on the outside, Israel Kamakawiwo'ole was the voice behind many commercials and Hollywood films.

In 2003, a bronze bust of the beloved singer was set up at the Waianae Neighborhood Community Center. In 2011, Israel Kamakawiwo'ole was honored with an award in Germany called Echo.

The truth is that he died way too young. Nevertheless, he will not be forgotten any time soon.

The movie Lava was inspired by his most famous song, Somewhere Over The Rainbow.