Candyman, the 1992 horror classic, left quite an impression on moviegoers, especially in America. The slasher also left many people asking: "is Candyman real?"

The film's cinematic narrative centered on the spirit of a Black artist who was lynched over his affair with a white woman.

According to the film, Daniel Robitaille, a skilled Black artist, falls in love and impregnates a white woman he painted in 1980. When whites found out about it, they beat him up, cut off his hand, and put a hook in its place.

After that, his body was covered in honey, making bees sting him to death. It was after Daniel died that he turned into Candyman.

The unsettled spirit started to terrorize a graduate student, Helen Lyle. She was researching the legend of the Candyman. Like most people, she was convinced that the infamous ghost was nothing but a myth.

Before long, Lyle had to rethink her presumption.

The film suggests that Helen Lyle is a reincarnation of Candyman's white lover, and she becomes the target of his vengeful wrath. Today, we will try to answer the question: "is Candyman real?"

So, Is Candyman Real? 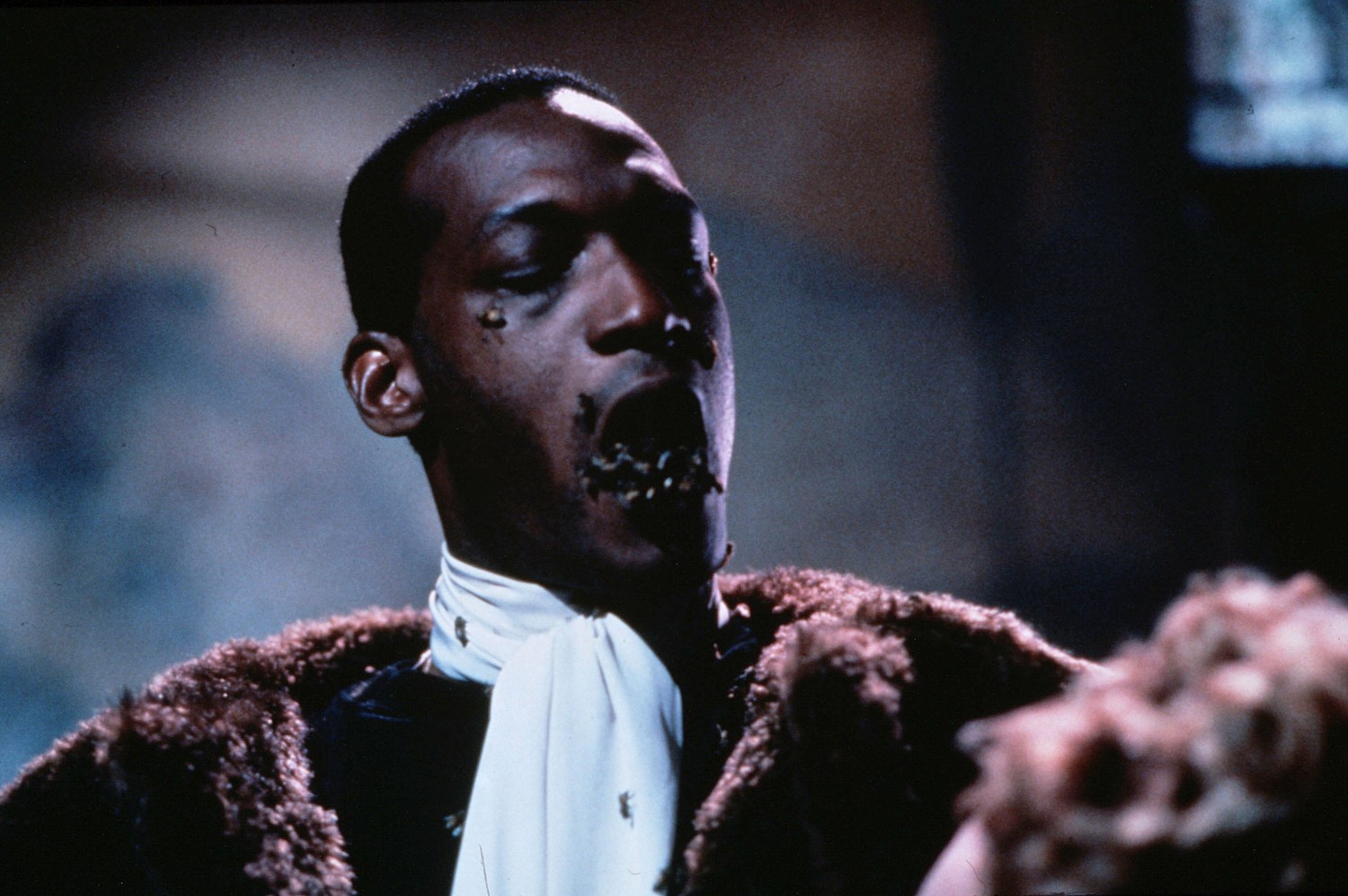 Candyman turned into a legend as soon as the world was introduced to him. He seemed too authentic, and his story was so relatable to many, so people have never stopped asking, "is Candyman real?"

After all, America has a terrifying history of racial violence, and that makes the alleged true story of Candyman even more frightening.

According to the movie, as soon as Candyman's name is mentioned, he emerges to kill using his hook hand. So, the film clearly says yes to the question: "is Candyman real?"

Lyle finds evidence that Candyman is more than a myth as she does her research on the legendary character.

In the process, she also finds out that a lot of people are living in poverty, dealing with indifference from the authorities, and struggling with drug use. These were the factors that defined regular life for Blacks living in Chicago at the time.

Sadly, the movie didn't come even close to recreating the real horrors Black men went through at the time for being involved with white women. Still, it left many people asking: is Candyman a myth or a reality? 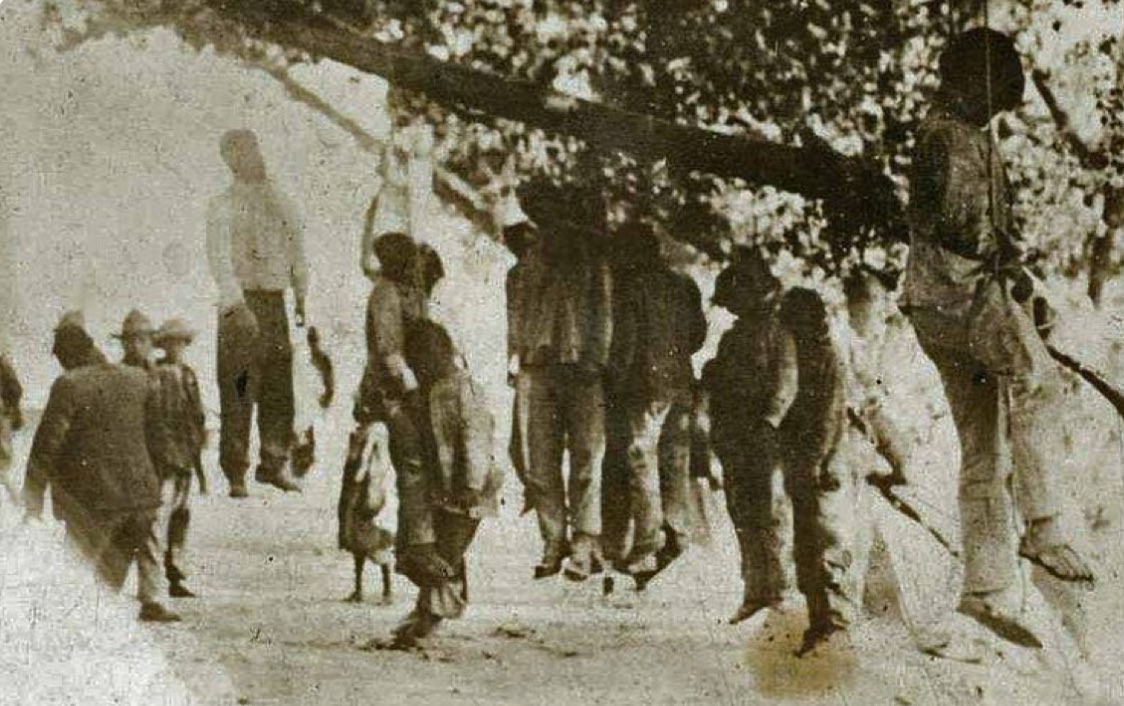 In trying to answer the question "is Candyman real or not," we have to look back at history.

Towards the end of the nineteenth century, angry white mobs often lynched their Black neighbors. For instance, in 1880, such mobs killed 40 Blacks, and by 1890, a total of 85 Blacks had been lynched.

The number of lynchings is much higher when you consider unrecorded cases. At the time, the killings were so common that mobs organized "lynching bees."

The killers had nothing to fear from the authorities, which is why the dead bodies were often left in public for days after their victims died.

Not even famous African Americans were spared this treatment. For instance, Jack Jackson, a world-famous boxer, drew the ire of a white mob in Chicago in 1911. Ultimately, he ended up spending years in prison over his involvement with a white woman.

The suspicion that a Black man was involved with a white woman was all the mobs needed to attack.

That is how 33-year-old William Bell ended up dead. He was beaten after being suspected of trying to attack a white girl, though the victim never said he was a suspect.

So, the lynching explored in Candyman was all too real for African Americans. Many could relate to the terror he lived with, which is why some might still ask today: "is Candyman real?"

Eventually, interracial relationships got a legal green light in 1967 following a Supreme Court ruling. By then, thousands of African Americans had endured racially-charged attacks throughout the country.

Nevertheless, it was not until February 2020 that lynching became a federal crime.

So, even though Candyman explores some myths about the reality Blacks faced, it also addresses some of the real terrors Black people dealt with during the period in which the film is based.

That is why many people still want to know: "is Candyman real?" 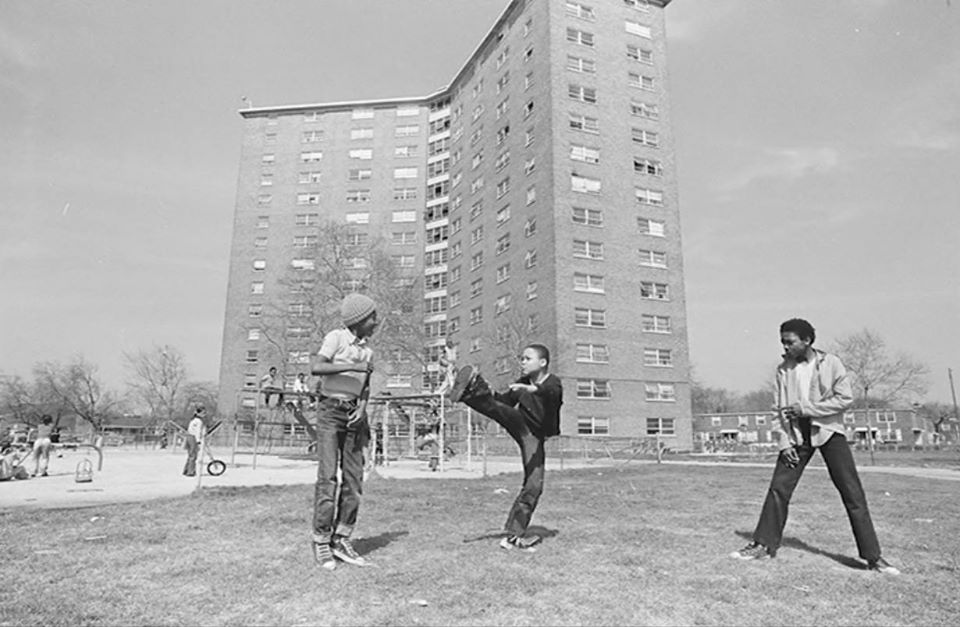 The legend of Candyman started with the murder of Ruthie Mae McCoy, a resident of ABLA homes who was also struggling with mental illness.

Mae called the police on April 22, 1987, at night, telling them someone was trying to get through her bathroom mirror from the apartment next to her.

During the call, she also said, "They throwed the cabinet down," which was confusing to the dispatcher. However, Mae was not crazy.

The apartments she lived in had narrow passages between them so that maintenance workers could get through without problems. Unfortunately, criminals would also use the passages to push bathroom cabinets from the wall and access the apartments.

Mae's body was found two days after the call. She lay face-down on the floor, with four gunshot wounds on her body.

The police, after responding, did not break the door to her apartment to avoid being sued by the residents. This was even after a neighbor confirmed hearing gunshots from inside the apartment.

In the end, the building superintendent had to drill the lock two days after Mae's call, which is when her body was finally discovered. Sadly, these kinds of deaths were not uncommon in these public houses. 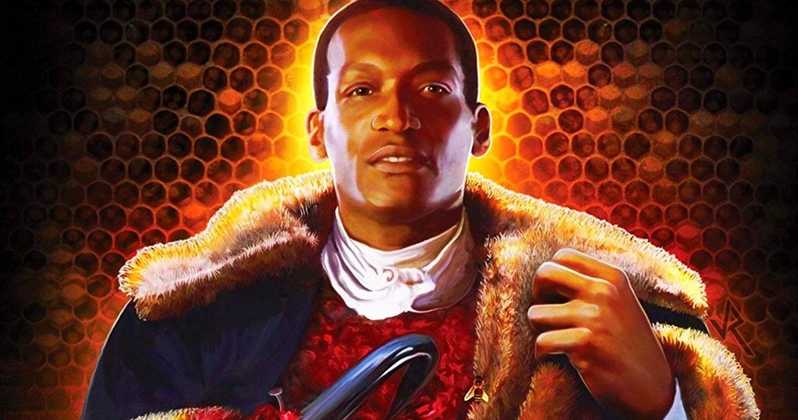 As in the real story, in the movie, Candyman's first victim was Ruthie Jean. Ruthie was killed by a person who entered her door through the bathroom mirror.

This is why the question "is Candyman real?" has been so persistent among those who have watched the film.

In the film, the woman also called the police before her attack but still died alone without anyone's assistance.

Candyman was partly filmed at Cabrini-Green, a housing project just like ABLA homes located on Chicago's North Side.

Cabrini-Green was intended to be inhabited by Black Americans escaping from the Jim Crow South during the Great Migration.

The homes had gas stoves, bathrooms, hot water, and climate control. Cabrini-Green homes were even featured in shows like Good Times as an example of a good standard of living.

Nevertheless, due to racism, the project was neglected by the Chicago Housing Authority, and Cabrini-Green became a scary place to be.

At one time, the place was full of worn-out buildings, crime, poverty, and drug use. It was also home to 15,000 people, and most of them were African Americans.

By 1992, just 9% of the residents had access to paying jobs, and the rest were counting on assistance grants. Many others had no other option but to turn to crime.

It was so common for the elevator, the lights, and other utilities to stop working that it came as a shock to the residents when they worked. Cabrini-Green had endured three decades of neglect by the time Candyman filming began.

The disturbing tendency of Black men to suffer violence for being in relationships with white women was also alive and well when the movie was created. This tragedy is central to Candyman's moving story and why people wonder: "is Candyman real?"

Why Is Candyman Real To Some People? 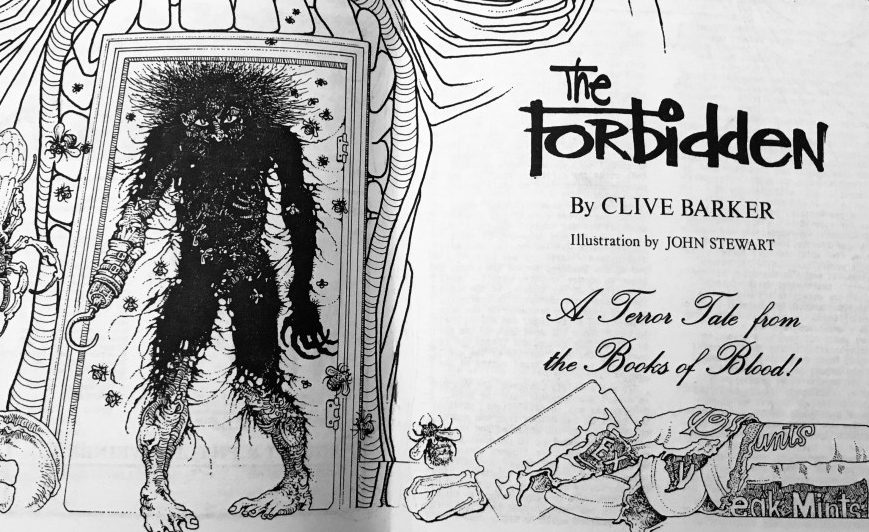 Initially, Candyman was a character in the British horror, The Forbidden, written by Clive Barker in 1985. In the story, Candyman was haunting a public housing tower in Liverpool.

The story also draws on Hookman, a character that uses his hooked hand to attack teenage lovers.

There is also a possibility that the biblical story of Samson influenced the story. He got into trouble over his interracial marriage to a Philistine woman. In the story, Samson kills a lion, and the animal's belly gets bees that produce honey.

In the year 1974, a real Candyman existed in Texas. A man, Ronald O'Bryan, gave pixie sticks filled with cyanide to give trick or treaters, including his two children.

His son, aged eight, died hours later, and the other kids only survived because they did not eat the poisoned candy. The incident caused countrywide panic, with some parents swearing they were done with celebrating Halloween.

The jury found him guilty, and the judge gave him a death sentence, leading to his execution in 1984, about a decade after he killed his son.

Such stories make people ask: is Candyman real or just a fictional character?

Is Candyman Real? Yes, As His Life Story Still Resonates With Many 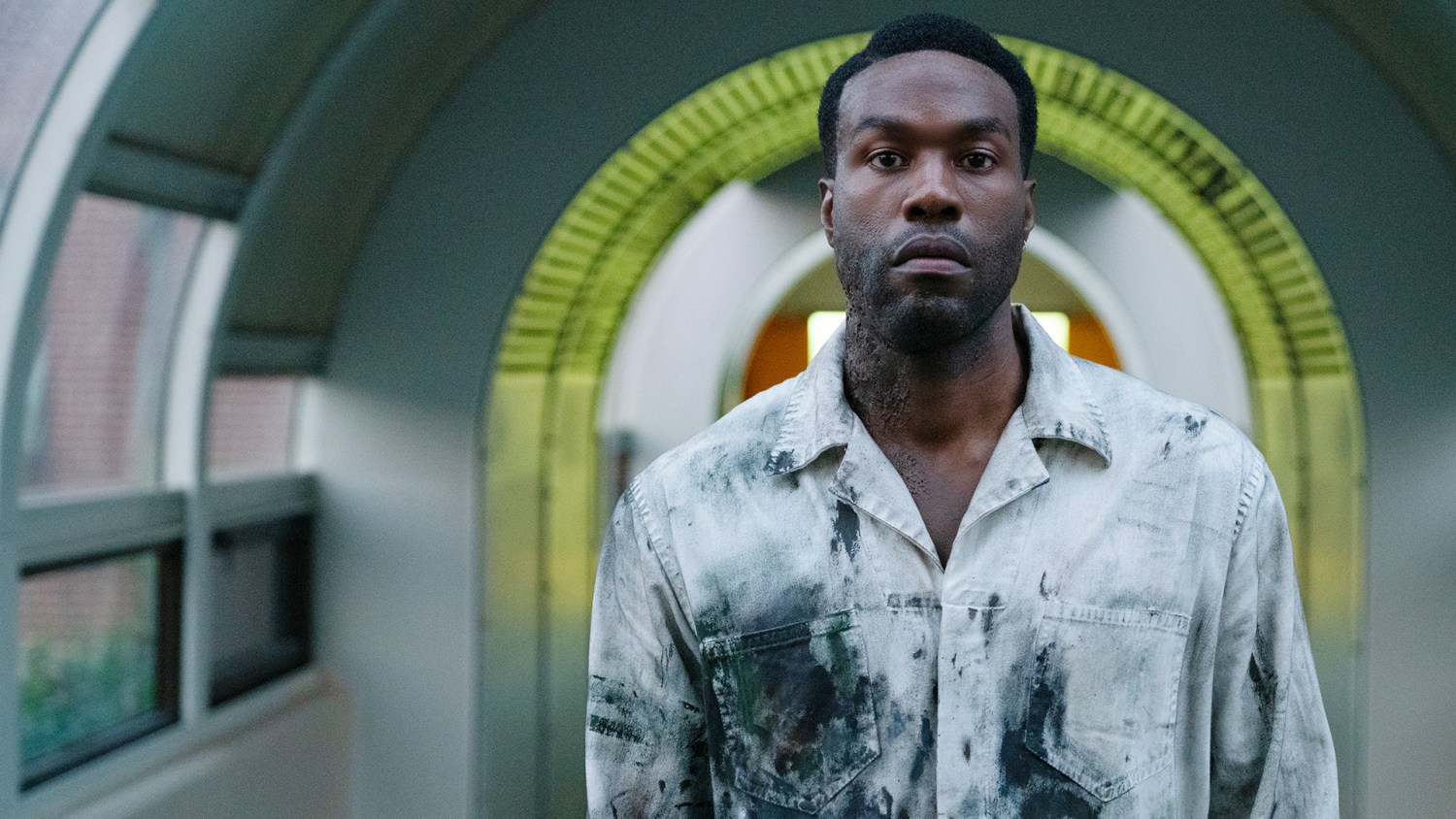 Candyman is a unique horror in that the titular character only commits one murder on-screen, despite his fearsome reputation.

Otherwise, the answer to the question "is Candyman real?" is no. Candyman is a fictional character. His backstory, however, resonates with things a lot of people have experienced throughout history.

There is no certainty that the film drew directly from Ruth Mae McCoy's murder. Nevertheless, like her story, there was a lot of injustice in Candyman's life.

What's truly remarkable is that the film has such a cultural significance that people today can still ask, "is Candyman real or not?" The film makes people think back on their history and the horrors Blacks had to endure during this dark time in American history.

In 2021's Candyman, audiences were still asking, "is Candyman real?" After all, Cabrini-Green homes, where the film is based, is a real place with a murky racial history.

The location was also selected because it was notorious for the dangers it exposed its residents to. Cabrini-Green was full of fear, making it a perfect setting for a horror film.

The history of racial violence in America makes it feel like Candyman is real. However, the true story behind the character has been distorted beyond recognition in the Candyman films. Regardless of how popular they are.

In the latest film, the creators focus on the link between capitalism and the exploitation of Black art for the entertainment of whites. The movie suggests that Anthony's art, which shows a Black man getting lynched, is worthwhile because it can be linked to something terrible.

The latest installment of Candyman premiered in August 2021 to a great critical reception, making it the first number one film to be directed by a black woman. Otherwise, if you have been wondering, "is Candyman real?" you finally have an answer.