People are shocked to see what the Iranian "zombie Angelina Jolie" looks like in real life. She has also exposed the truth about her unusual transformation, which she loved to display through her Instagram account.

Iranian "Zombie Angelina Jolie" Was Given A 10-Year Prison Sentence

Zombie Angelina Jolie was put in prison after being charged with "promoting public corruption and blasphemy" through the images she posted online.

She Is Now Free

The woman has now been set free, and she has treated her fans to a picture that shows what she looks like naturally.

People are having a hard time believing that it is the same person. People who have looked at her photos before seem very confused to learn that the photos she previously shared with the world resulted from careful editing and clever makeup tricks. 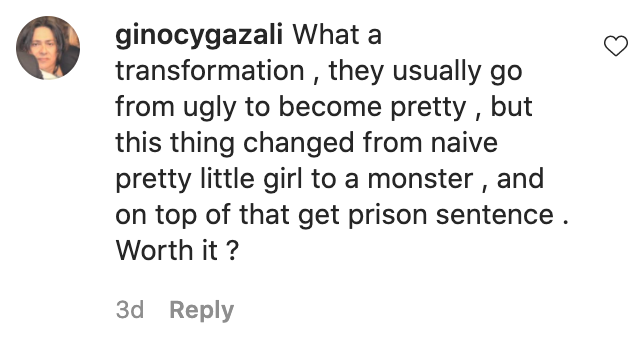 Ready To See The Real Sahar?

Clearly, Sahar had a pretty unusual appearance. Some people compared her to Corpse Bride.

Her Story Has Gone Viral In The Internet

To say that Angelina Jolie of Iran is wrong. She underwent surgery to be like the hero of the animation movie Corpse Bride (2005) https://t.co/DE4LcpOP6c

Due to her strange life choices, Sahar obviously got fans, and they started sharing myths on who she might be and what might be driving her.

She Is Her Own Muse

The popular Instagram user also weighed in on the subject and touched on several issues concerning her transformation, including the mystery behind her decision to go through all that surgery.

Shockingly, despite having the name "Zombie Angelina Jolie," she revealed that this was not on her mind when she decided to go down this path:

"I did not even think about being like Jolie. Also, I did not want to resemble the cartoon character the Corpse Bride."

However, despite what she says, she has a very uncanny resemblance to both Jolie and Corpse Bride, which is a reality she now seems to accept:

"Now I understand that I have something to do with them."

Ultimately, she ended up looking like Jolie, but that was never the plan.

She Likes To Wear A Loose Hijab

In most of her posts, Sahar can be seen wearing a loose hijab.

This traditional Islamic garment has been compulsory since the Islamic Revolution in 1979. According to this law, women should have loose-fitting clothes and a headscarf whenever they step out into public.

Is The Internet Public Space?

Given her decision not to strictly follow this Islamic law, she has sparked a debate on whether the internet is a public space.

In one of the photos, she goes without any hijab. This is one of the few none-photoshopped selfies she has ever shared with the public through her Instagram.

Clearly, someone could argue that she does not violate this law since she is in her own home, with no obligation to wear a headscarf.

However, sharing it on Instagram, which is a public platform, might mean that she is going against the stipulations of the Islamic State.

Iran's Constitution Does Not Include Cyber Law 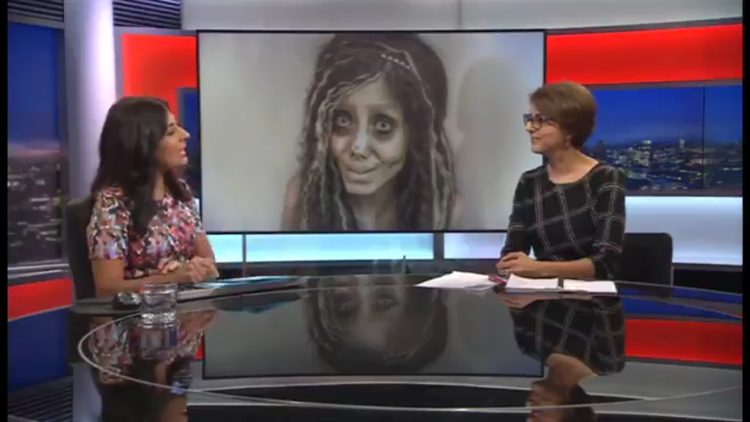 The Iranian government has been cracking down on Instagram influencers for a while now, and Roja Assadi, a BBC journalist, discussed this issue. She pointed out that there was no law about social media influencers in Iran.

Nevertheless, that does not stop the authorities from taking action against individuals based on what they post online. Largely, the country has been adopting laws used in other countries to determine how to deal with people who post potentially unlawful content on social media.

According to Assadi, the Iranian government is in the habit of targeting anyone who fails to follow the "Islamic ethical code," which dictates how people should dress and behave.

The Cyber Police In Iran (FATA) 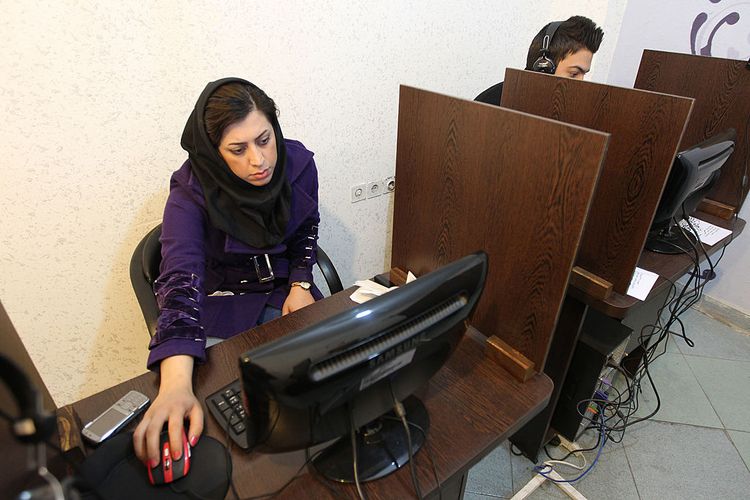 According to a report posted earlier, the Iranian cyber police operate in a dark world. Apparently, it all started with The Islamic State passing a motion on "self-policing."

As a result, more than 42,000 civilians now act as volunteers who police the web. Their goal is to ensure that web users comply with Iran's Islamic laws.

In all likelihood, it is through this system that Sahar Tabar ended up in prison.

Not Everyone Can Be Silenced

10 years jail for Iranian Instagramer who used make up & Photoshop to become a zombie Angelina Jolie.
Sahar Tabar is only 19. Her joke landed her in jail. Her mother cries every day to get her innocent daughter freed. Dear Angelina Jolie! we need your voice here. Help us. pic.twitter.com/0QTzSv2c5v

Protesting against the laws of the Islamic regime is a risky move. Still, many people came out to oppose Sahar's arrest.

In November 2012, Iran's government murdered Sattar Beheshti, but not before they tortured the blogger. Sattar had made the fatal mistake of criticizing the Iranian government.

There was widespread outcry from the public and human rights organizations around the world after the blogger was killed. Complaints came from both within and outside Iran, and the government was forced to react.

The regime started an investigation, with the public clamoring for the replacement of Seyyed Kamal Hadianfar, the Chief of FATA. However, that didn't change anything, and online censorship by FATA continues just as it did in the past.

Sahar's strange appearance has made it hard for many people to take her situation seriously.

People are overlooking the fact that she was thrown in jail for her "blasphemous behavior" and are instead focusing on her unusual physical appearance based on her Instagram photos.

According to Sahar, altering her appearance using Photoshop was just a means to express who she is. However, that did not sit well with the FATA cyber-police.

Talks About Filtering Instagram Have Been In Discussion Since 2018 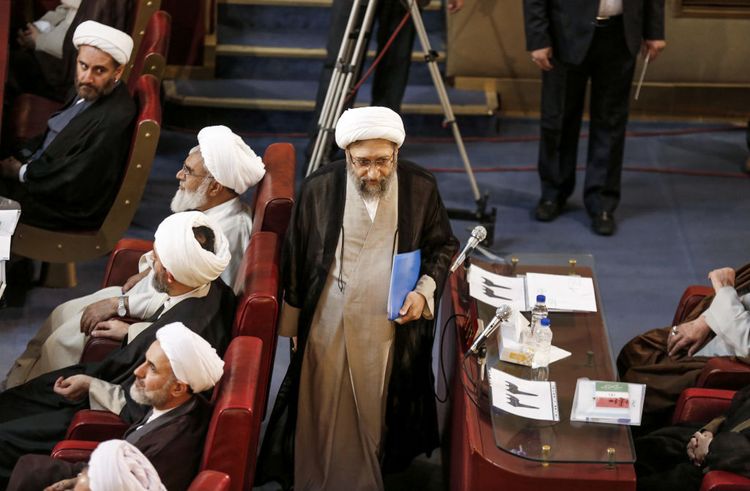 The Iranian judiciary has been talking about filtering Instagram for a couple of years now. They are doing this in a way to ensure that the strict rules of the Islamic State remain in place.

Sahar Made Her First Appearance On TV Without Makeup 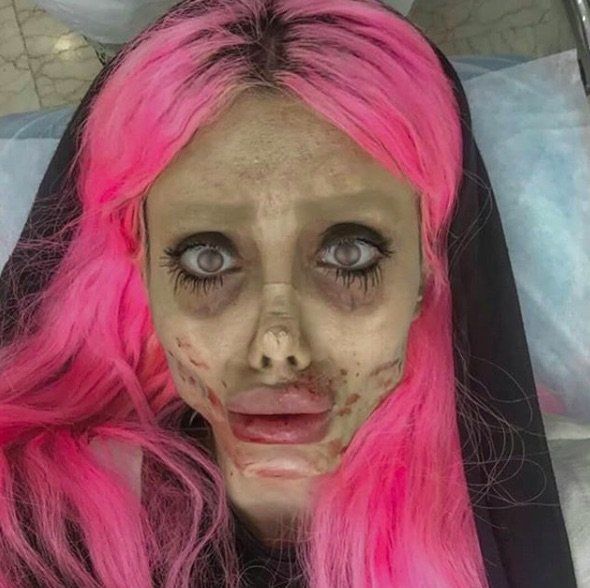 In the video shown on television, it is apparent how different Sahar looks in comparison to the strange photos she likes to share on Instagram. After seeing the video, a lot of people from all around the world sympathized with her.

Many people were also quite determined to have her sentence ended so that she can be set free.

She Also Spoke Out For The First Time

Sahar appeared on IRTV2, an Iranian television program that the government operates.

The Iranian broadcaster used Sahar to demonstrate the harms of seeking social media fame. Many people can ruin their lives while trying to get famous online.

According to Sahar, "vulgarity on social media gets a lot of clicks."

The Pictures Were All Fake

Sahar revealed that her real name is actually Fatemeh Khishvand. She also made the shocking revelation that the pictures she put on her Instagram account were fake: they were photoshopped.

She had lied about the pictures by claiming that they were authentic. Sahar had claimed that she had undergone forty surgical procedures to get the look she flaunted on her Instagram account.

Later, she admitted that she used makeup and Photoshop to create the images she posted online as a "joke."

Do you believe Sahar's joke went too far? Did the Iranian authorities overreact to her Instagram posts?