Two Instagram models have been indefinitely banned from Major League Baseball games after they bared their breasts during the World Series on Sunday.

With the series tied 2-2, Washington Nationals and the Houston Astros were battling it out at the bottom of the inning at National Park in Washington.

But as the camera panned around during a break in the play, two women in the crowd lifted their tops to expose their breasts.

The flashing didn't go unnoticed by viewers across the globe, and magazine editor and Instagram influencer Julia Rose admitted that one of the pairs of unexpected baseball boobs belonged to her.

She even shared a video on Twitter writing "guilty as charged."

Rose is the founder of Shagmag, a digital magazine that users can subscribe to, with the model's later tweeting that the money from subscriptions helps to pay for breast cancer victim's medical bills.

So, Rose thought flashing her boobs during the World Series game would be a creative way to promote breast cancer awareness. 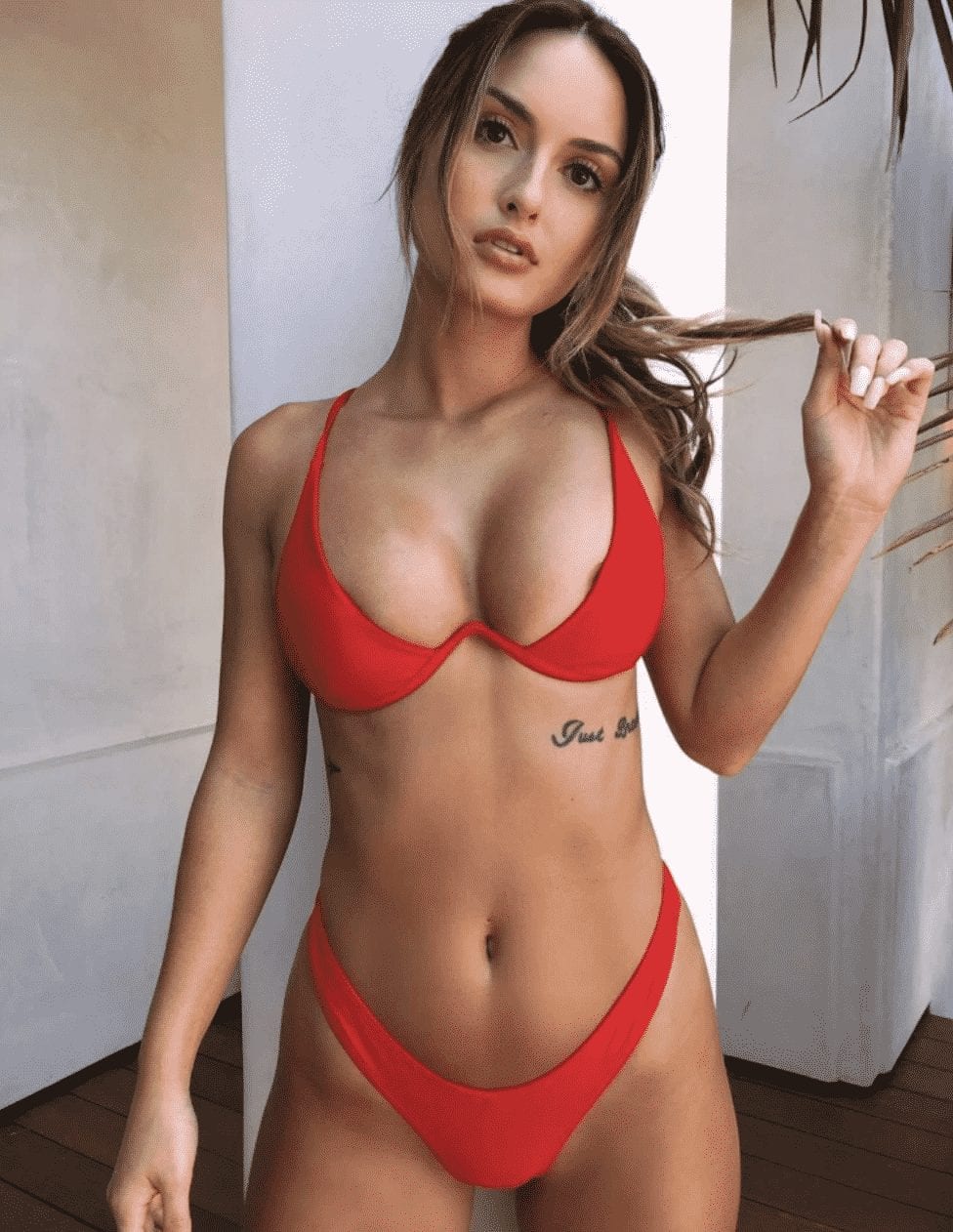 Another clip shared by fellow model Kayla Lauren showed her alongside Rose and Summer, stating they had "just flashed the whole f*cking World Series." They urged people to donate to breast cancer charities.

But Major League Baseball didn't agree with their excuses and sent her a letter that Rose posted on social media.

In the letter, Major League Baseball vice president David Thomas informed the model that she has been banned indefinitely from attending any baseball game in the future. 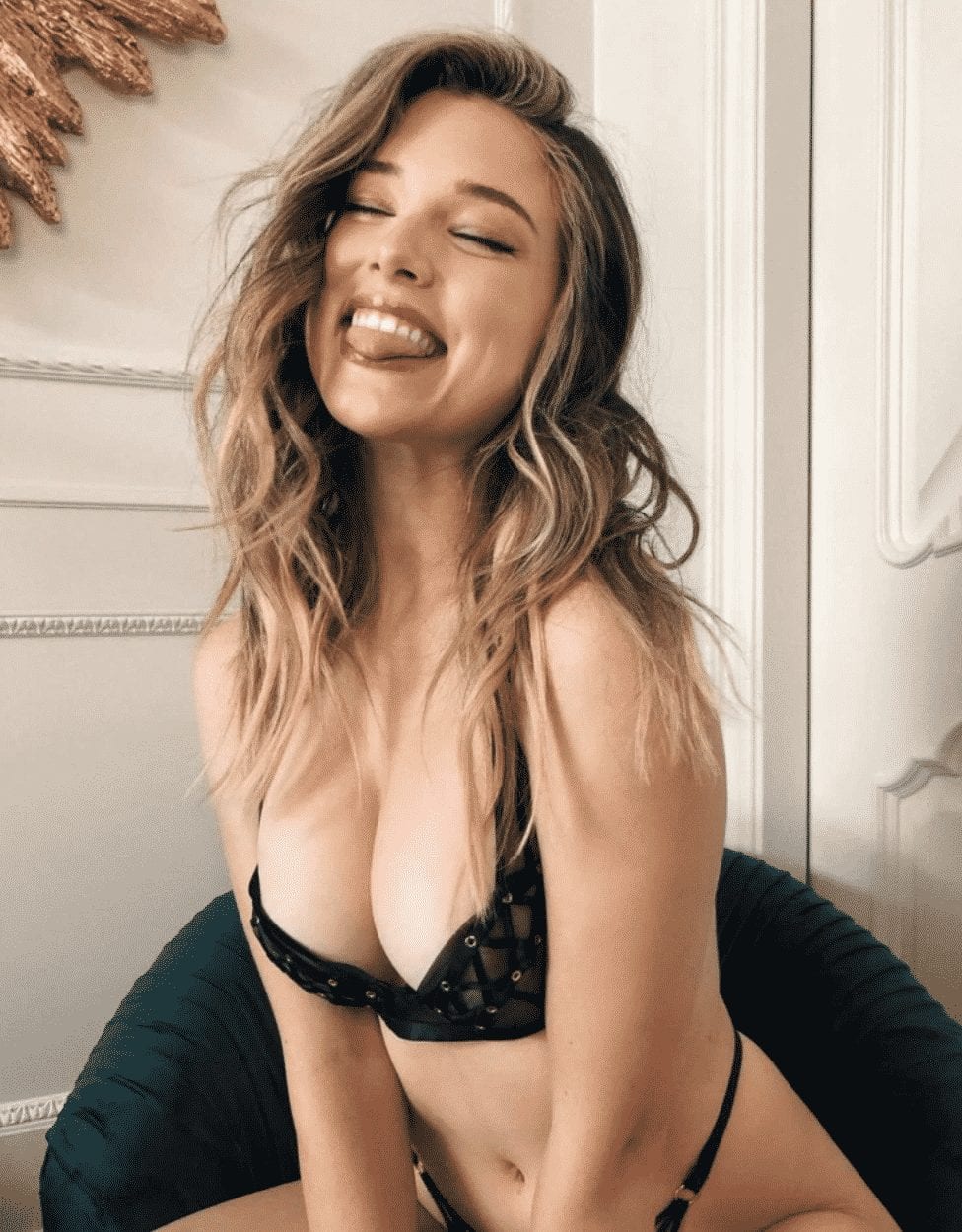 "During the game, you violated the fan code of conduct by exposing yourself during the 7th inning, in order to promote a business. You were also part of a scheme in which you induced others to expose themselves to promote the business."

"You are hereby banned from all Major League Baseball stadiums and facilities, indefinitely."

The business mentioned by Thomas is Shagmag, Rose's digital magazine. The name of the mag was emblazoned on the lifted t-shirts of Rose and her partner, Lauren Summer. 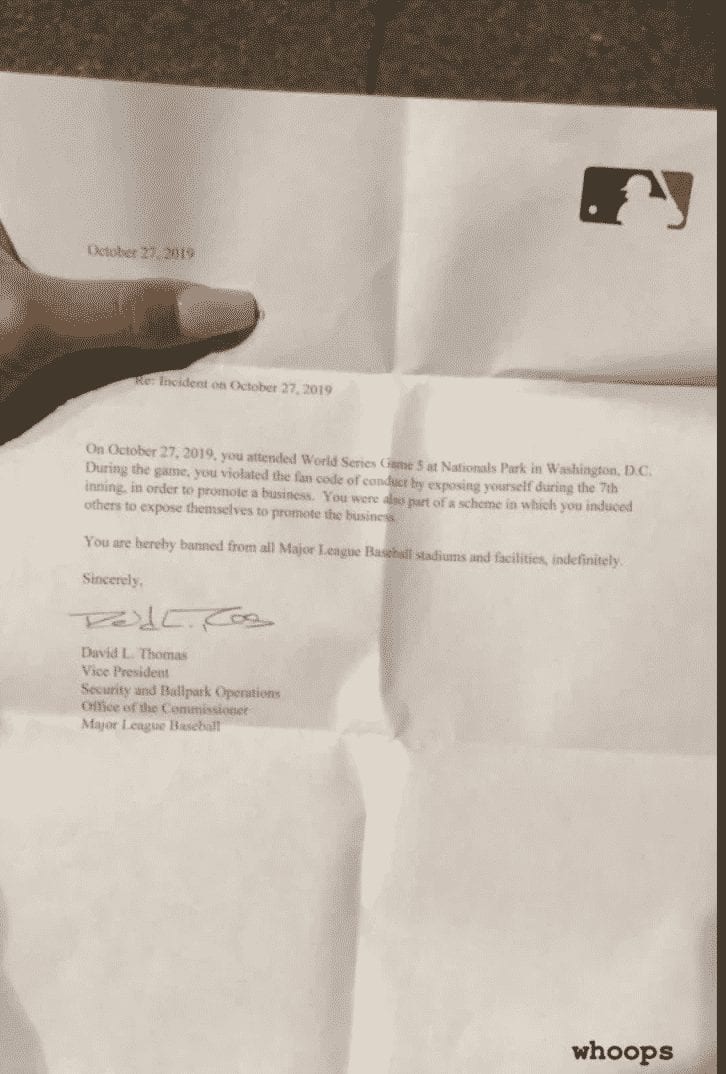 However, many Twitter users doubted the letter was legitimate due to how quickly the models received the notice.

But Summer insisted the letter was genuine. She Tweeted:

"To clarify, yes we knew we would get banned, yes the letters are real, and yes I would do it again lol."

"More importantly, subscribe to @SHAGMAG_ because the proceeds go directly to women with breast cancer to pay for their medical bills."