Who doesn't love inspirational movies? They can make you laugh and cry in the best ways, push you to rethink your life, and have a lasting effect on your views about various topics.

A crucial part of making these inspirational movies so good is the stellar acting performances by actors and actresses. Yes, writing and directing style is essential, but it all comes down to how actors portray the roles at the end of the day.

Here is a list of 8 inspirational movies with the best acting performances to enjoy for audience members of all tastes and preferences.

1) Will Smith in The Pursuit of Happyness 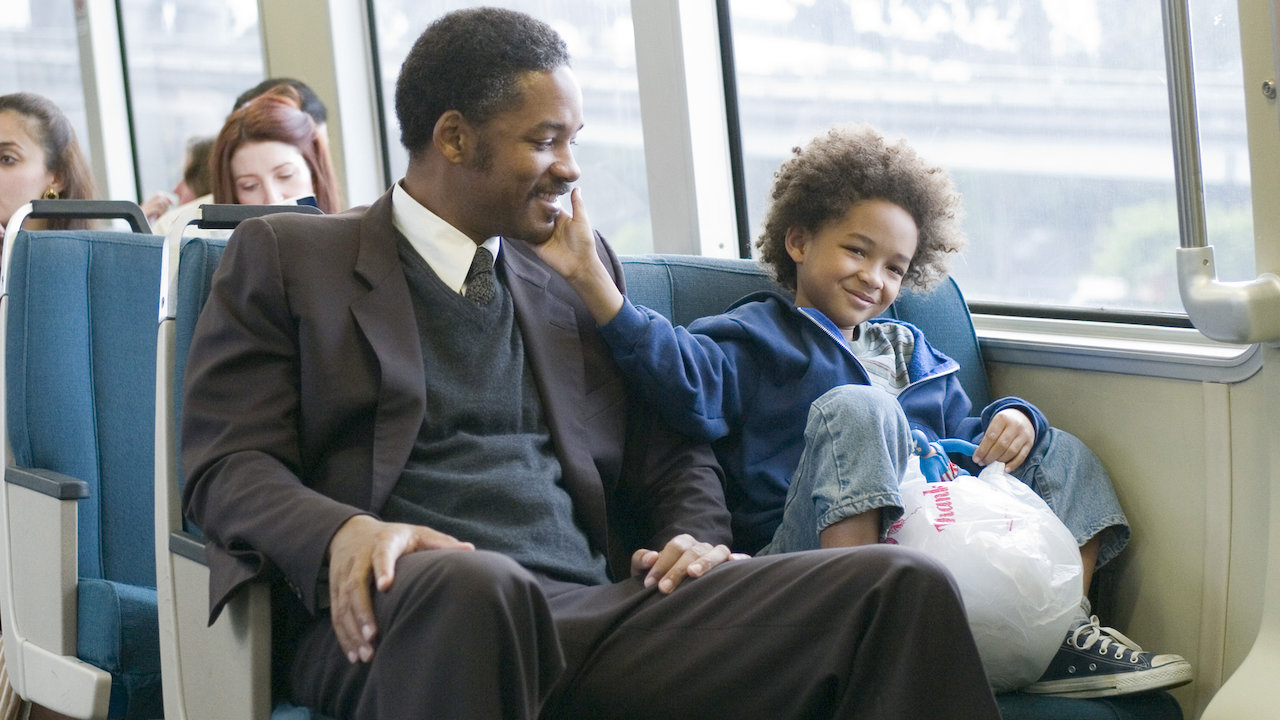 The Pursuit of Happyness is one of the most loved inspirational movies of all time. It is a biographical drama about a homeless salesman - Chris Gardner, played by Will Smith. The film focuses on Gardner's and his son's struggle to find a job and a place to live in the 1980s.

Will Smith puts on one of the best acting performances in cinema history. Before this inspirational movie, he was considered more of a blockbuster actor but adjusted to the role of a poor, homeless salesman beautifully. His chemistry with his character's son - Chris Gardner Jr, played by his son Jaden Smith, can make any viewer cry.

This, paired with an emotional plot and the fact that Will Smith displays the vastness of his talent on multiple occasions, makes The Pursuit of Happyness a must-watch, and Will Smith's performance is genuinely unforgettable.

2) Adrien Brody in The Pianist 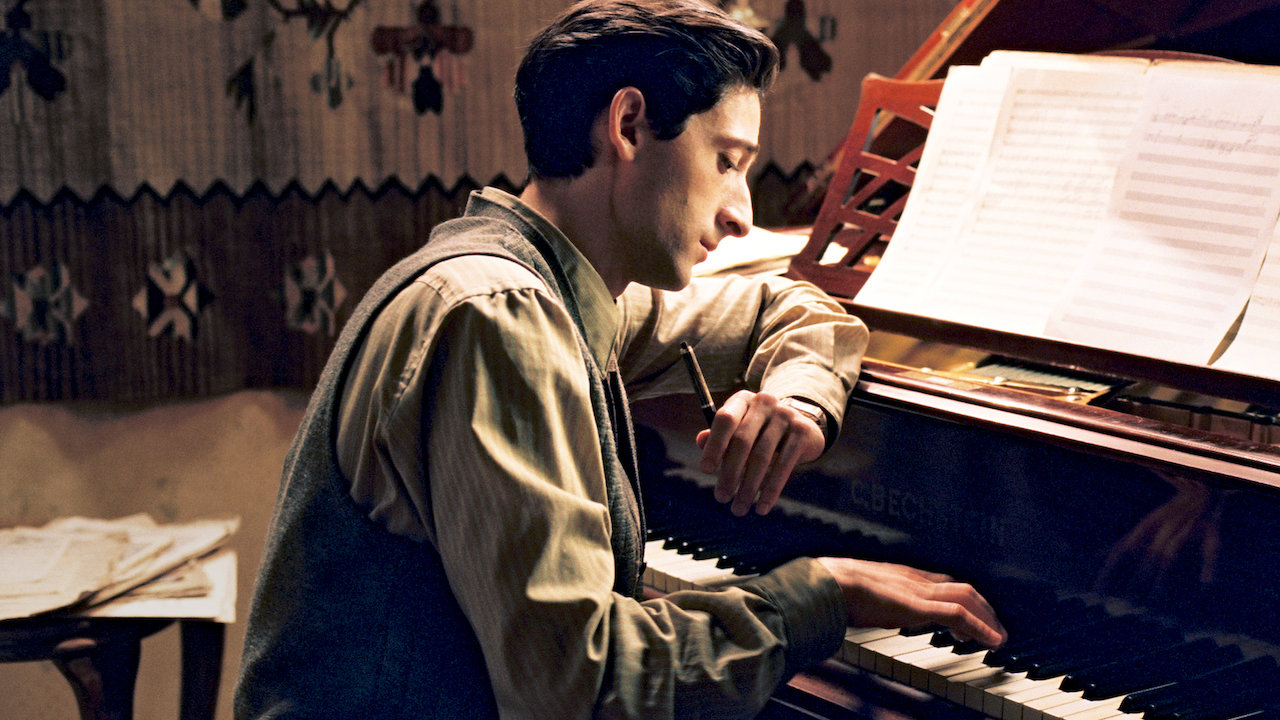 The Pianist is another biographical picture on this list. It touches on one of the most tragic events in world history and does an outstanding job at depicting it.

Adrien Brody's depiction of a holocaust survivor Polish-Jewish pianist Władysław Szpilman earned him an Oscar for the 75th Academy Awards in 2002.

Brody goes through a painful and heart-rending journey throughout the film, effortlessly stepping into the shoes of Szpilman. His performance doesn't fail to convey the struggle for survival in Poland of the 1940s and mesmerizes the audience with a range of emotion and heartfelt acting. 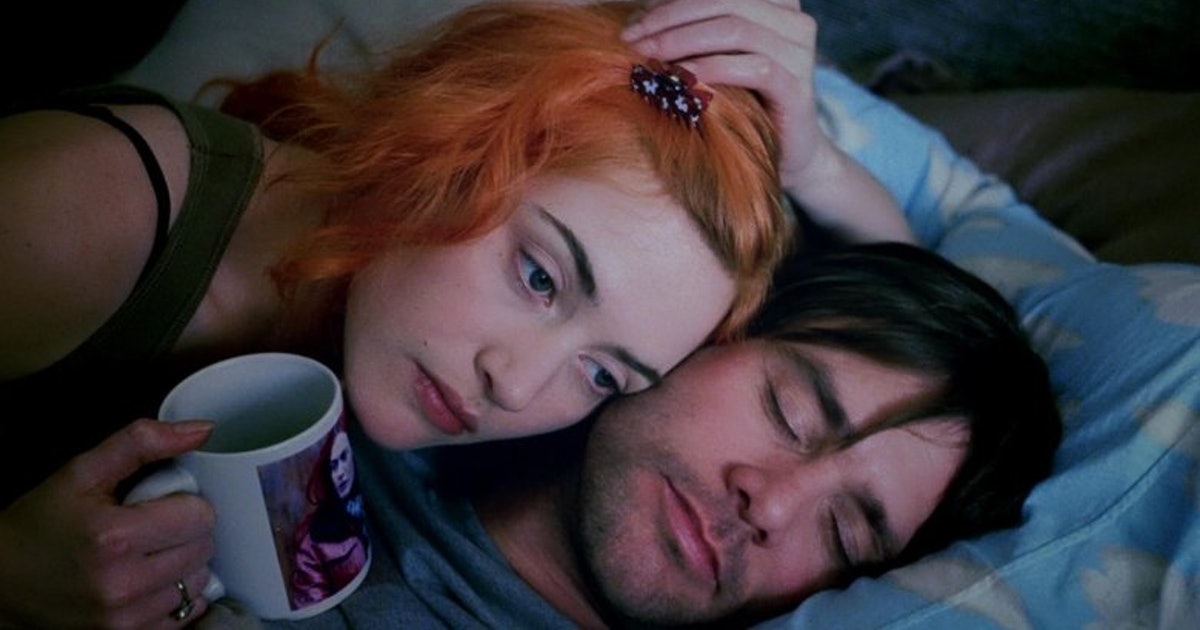 One of the best romantic, inspirational movies of all time features Kate Winslet and Jim Carrey as a couple that has distanced themselves and erased each other from their memories. It has a unique plot and superb acting by its loved stars.

Winslet & Carrey find great chemistry in the movie and manage to stand out as leads amongst a cast full of Hollywood stars. The differences and similarities between their characters make their on-screen relationship dynamic. Because of the exceptional writing of the movie, as well as their individual performances, Eternal Sunshine of The Spotless Mind is a must-watch for any romantic genre enthusiasts.

4) Benedict Cumberbatch in The Imitation Game 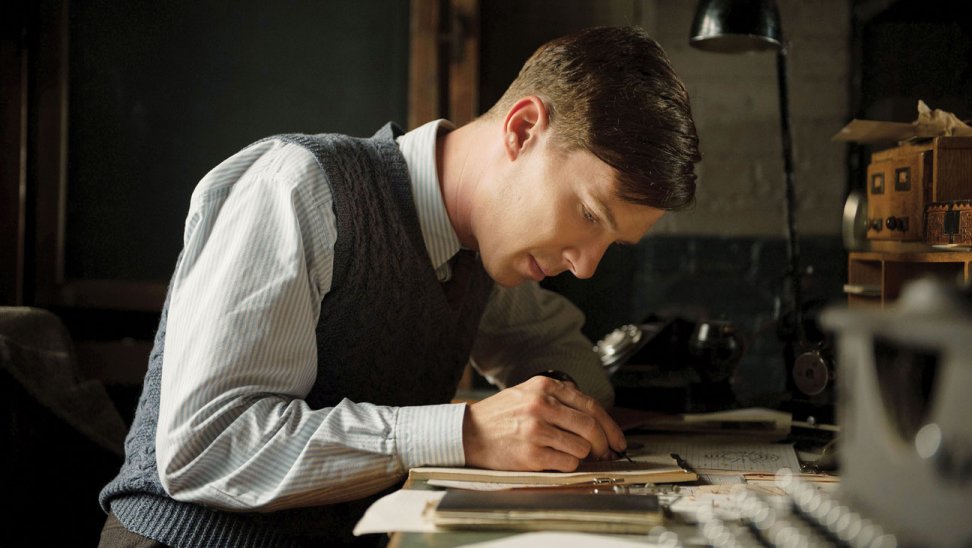 Benedict Cumberbatch has gained a cult following over the years, especially after portraying iconic detective Sherlock Holmes in the BBC's Sherlock. He is a highly talented actor who has starred in everything from Hollywood blockbusters to Broadway plays.

However, perhaps nothing shows the range of acting skills Cumberbatch can display better than the 2014 historical drama The Imitation Game, where he plays Alan Turing - a British mathematician. He was recruited by the army to decrypt German messages during WW2.

Benedict Cumberbatch captures the role of Turing exceptionally well, depicting the struggles of a homosexual in the 1940s just right and puts on a stellar acting performance throughout one of the most inspirational movies. This, paired with his on-screen romance with Keira Knightley's character, makes for an unforgettable cinematic experience, giving The Imitation Game the title for a masterpiece. 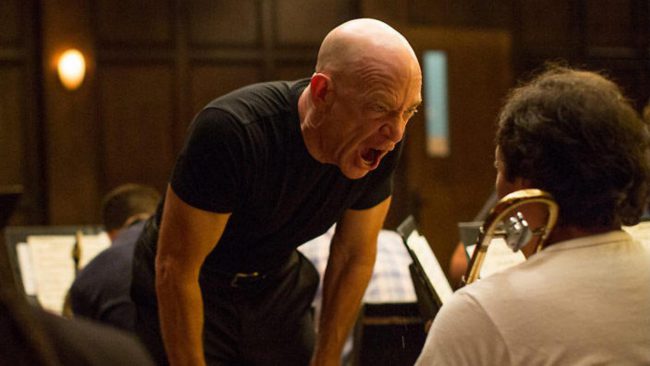 While Miles Teller does a fantastic job as the lead character as an ambitious young drummer Andrew Neiman, in Damien Chazelle's 2014 psychological drama Whiplash, it is J.K Simmons who steals the show as Neiman's abusive teacher Fletcher.

Throughout the movie, Fletcher pushes Neiman to his absolute limits with his terrifying teaching methods, transforming his life completely. Simmons manages to capture the essence of the character entirely. His acting range can clearly be seen, as he changes from a professional music instructor who wants his students to be the best, to a ruthless monster that values perfection above anything human. The scenes with J.K Simmons are filled with tension as the audience follows young Neiman's relationship with his teacher. 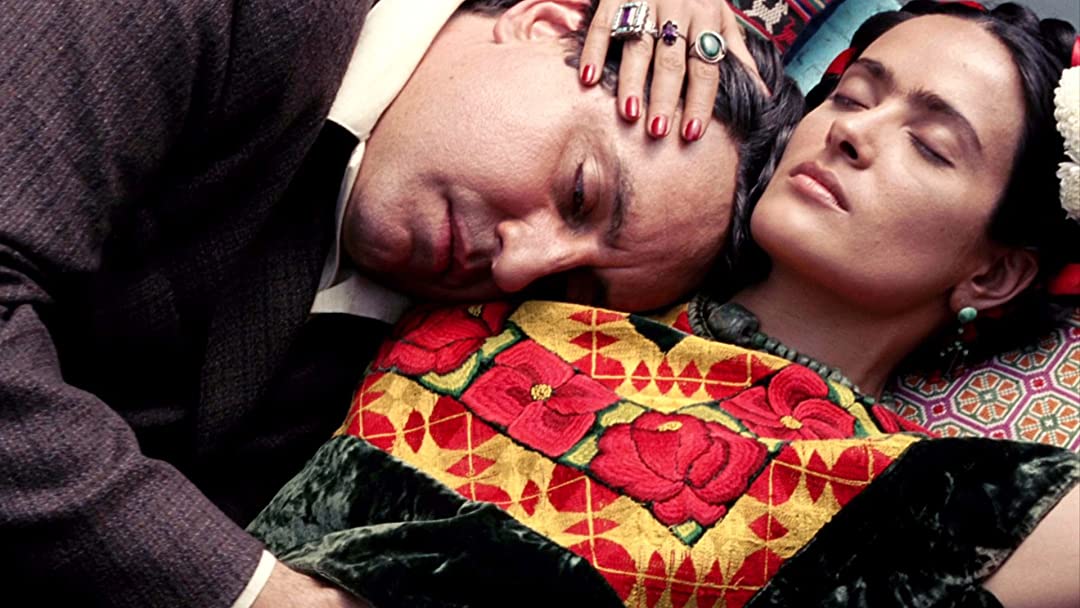 Frida Kahlo is one of the most influential surrealist artists of all time, and Salma Hayek does her character justice in this 2002 biopic that follows her life outside the canvas.

Hayek's depiction of Frida Kahlo is spot-on. Throughout the movie, we follow Hayek as she attempts, and successfully at that, to show the audience the extravagant life of Frida Kahlo, starting from her lifelong relationship with her mentor to many different affairs, including the one with Trotsky.

Hayek manages to carefully convey Kahlo's never-before-seeing charm, controversial political and sexual attitudes, and complicated character, making for one of the most inspirational movies with a female lead of all time. 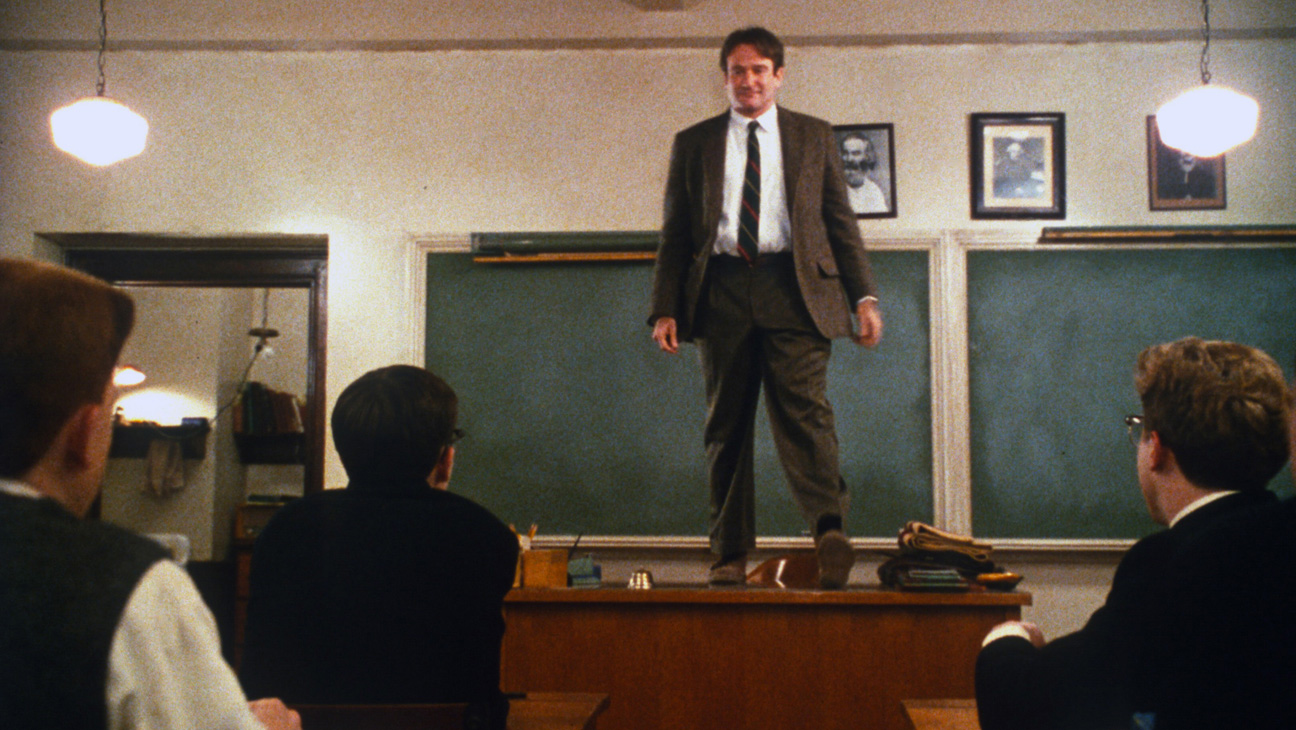 Dead Poets Society is probably one of the most inspirational movies of all time. Robin Williams' portrayal of John Keating, an extraordinarily creative professor whose unorthodox teaching methods, is the film's central focus. It is the role for which he is virtually most known.

Williams, through his character, convinces both the students in the film and the audience to think outside the box, break out of their shells and pursue their passions. He brings a lovable, quirky personality to a character that faces serious opposition in the movie.

Because of his stellar performance and heartfelt acting, Robin Williams received an Oscar for best actor.

8) Keira Knightley in Pride and Prejudice

Being the movie adaptation of an old best-seller and one of the most popular romance books of all time, Pride and Prejudice should be on everyone's list of inspirational movies. Featuring a great mix of cinematography, dialogue, worldbuilding, and acting, it perfectly captures the novel's essence.

Of course, a big part of the movie is its female lead - Keira Knightley, in the role of Elisabeth Bennet. Elizabeth's character is complex. She is the second child in a family of five, struggling to try and marry for love instead of following the interests of her family in 19th century England.

Keira Knightley manages to fully capture the gist of her character, giving one of the most memorable performances in a romance movie to date. Her acting performance is further complemented by her on-screen love interest Mr. Darcy - played by ever-so-elegant Matthew Macfadyen.

Among other factors, Keira's acting, display of emotion, and fusion with the essence of the character make Pride and Prejudice one of the best romance-filled inspirational movies of the 21st century.