September 5, 1986, began as a normal day for Pan American Flight 73. Early in the morning, the Boeing 747 aircraft, full of passengers, started its journey in Bombay, India. Its immediate destination was Karachi, Pakistan.

When the flight got to Karachi, some passengers left, and others started boarding the flight before it could take off, heading to Frankfurt, West Germany, before flying to New York City, its final destination.

At least that was the plan, but that never came to be.

Four Palestinian terrorists hijacked Pan Am flight number 73 while in Karachi, and 20 people died. Over 100 people were injured by the end of the terrifying ordeal.

The Flight That Never Was 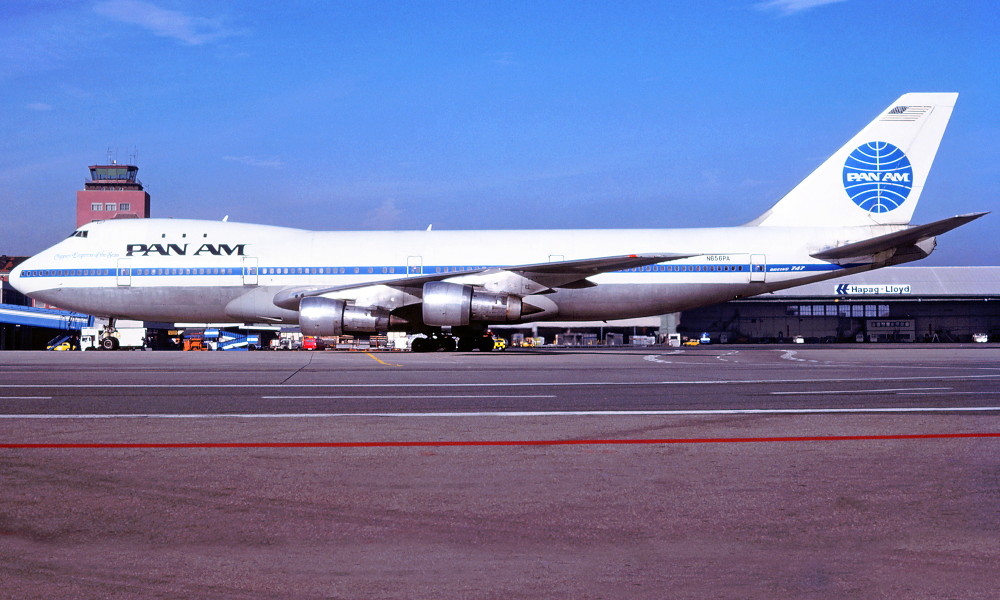 At around 6 in the morning in Karachi, when passengers boarded the plane, a van that seemed like an airport security vehicle, with its sirens blaring, approached the plane. Three men seemed to be in airport security uniforms, but the fourth had traditional Pakistani garb.

Zaid Safarini drove the van, and he parked the vehicle close to Pan Am Flight 73. The men were armed with AK-47s, explosive belts, and grenades, and two of them ran up the staircase while firing and knocking some passengers over on their way up.

As they got onto the plane, one of the hijackers fired close to the feet of a crew member and told her to shut the cabin door. The hijackers fired automatic assault weapons and also had pistols and hand grenades.

The aircraft had 379 passengers and crew. There were 13 flight attendants on the plane who were Indian citizens in their early 20s.

The flight attendants, who had been trained in Miami, Florida, were heroic in their attempts to save several lives during the hijacking.

When the flight attendants first saw the commotion outside the front stairway, they thought local security personnel dealt with a boarding passenger. However, the gravity of the problem they faced became apparent once the four men got inside and operated the front and back entrance doors.

Flight Attendants Were Forced To Close The Exits 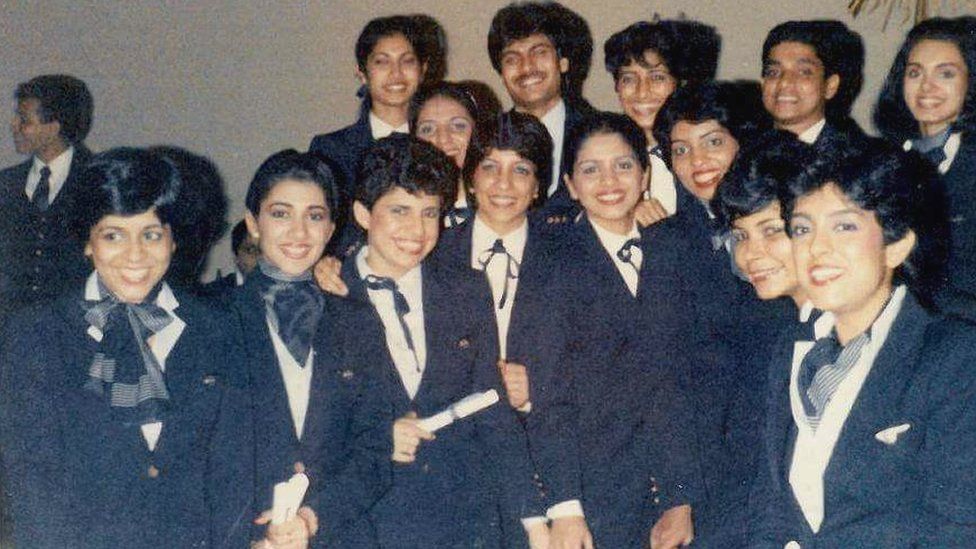 Once the hijackers had everyone's attention, they forced the flight attendants to shut all exits. The crew also sent a "hijack" code to the cockpit crew, and, in compliance with Pan Am standard operating procedures, the cockpit crew got out of the cockpit using emergency ropes.

They did this to ensure the hijackers did not commandeer the flight.

The hijackers then forced all the passengers and crew to occupy two coach sections. People had to sit in aisles to fit in, and many crew members had to crouch with their heads down and their hands above their heads for extended periods of time.

The hijackers remained at the front and the rear of the aircraft to maintain control over their hostages.

After they felt that everything was in control, Safarini forced a flight attendant to lead him to the cockpit, where he found out that the crew had gotten away. He was 24, and he used the flight attendant as a human shield during the hijacking.

Safarini and the other hijackers were part of the Abu Nidal Organization, a Palestinian terrorist organization.

The organization had been responsible for another hijacking in 1985 when its members took over EgyptAir Flight 648. The hijacking resulted in 57 deaths. In the same year, the organization was also involved in attacks on Rome and Vienna airports, and 16 people died as a result. 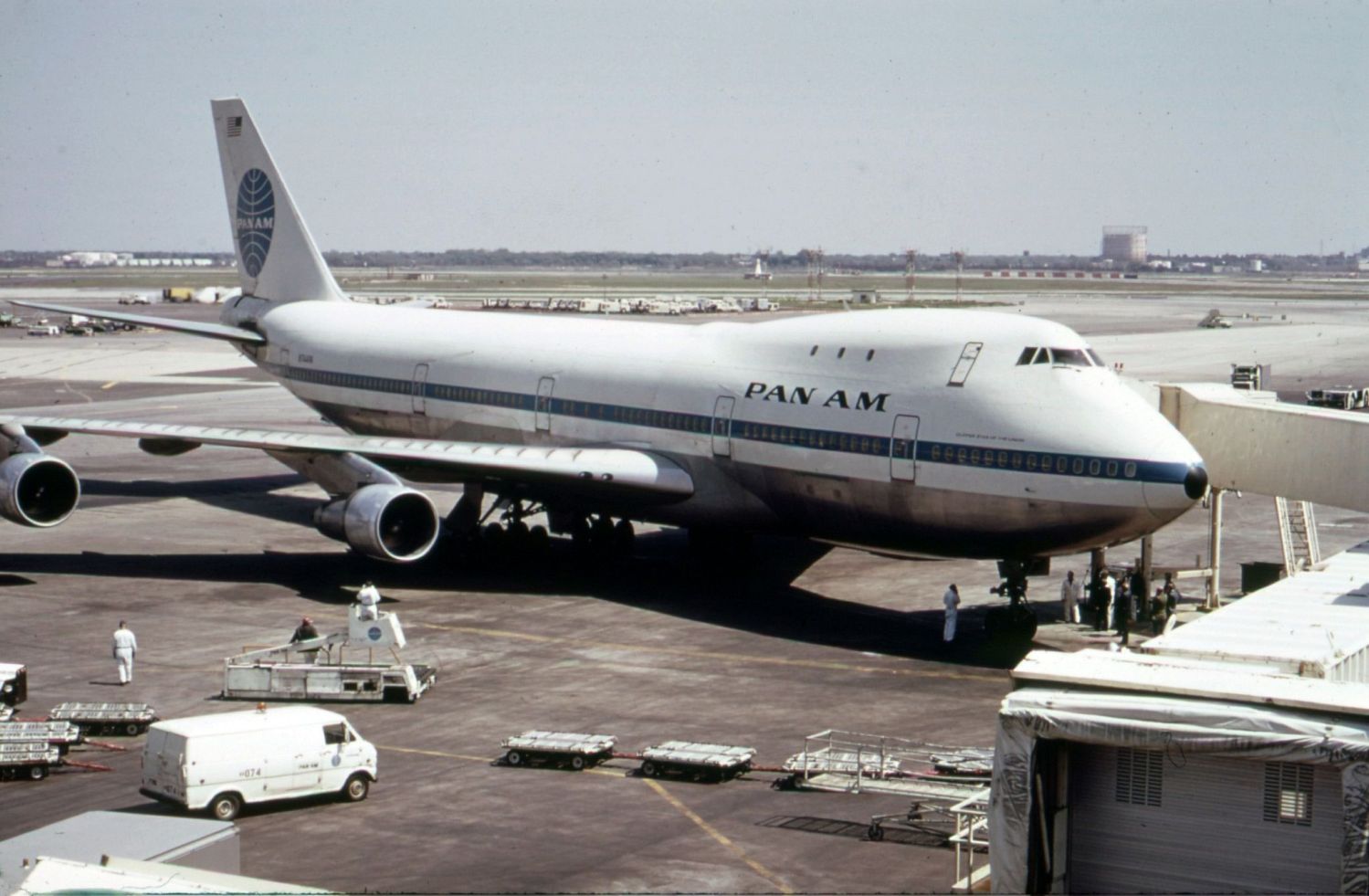 Safarini said that he intended to fly the plane to Cyprus, where he would demand that certain Palestinian prisoners be released from jail. They were behind bars for killing several Israeli nationals.

He needed a new flight crew to make his plan a success. Safarini grabbed a passenger of Indian origin and threatened to kill him if he did not get a new crew fast enough. He had been an American citizen for just a few months, as he was an Indian born in Kenya.

Soon, Safarini shot Mr. Kumar in the head at the plane's door, and he dropped on the floor. He was on the flight with his grandmother and aunt, and he was taking them to the U.S. to celebrate his American citizenship.

Safarini had ordered a flight attendant to open the door before shooting the man. After shooting him, he kicked him out, and he fell on the tarmac. He also threw the pistol after him and shut the door.

When medics got to Kumar, he was still alive, but he died before getting him to the hospital. He had been killed because they had not sent in a pilot within an hour.

From there, Safarini threatened to blow up the plane with everyone on board, and many believed him. He even took off his shirt to show he was wearing a belt made of highly explosive materials capable of blowing up the plane.

A Passenger Every 10 Minutes 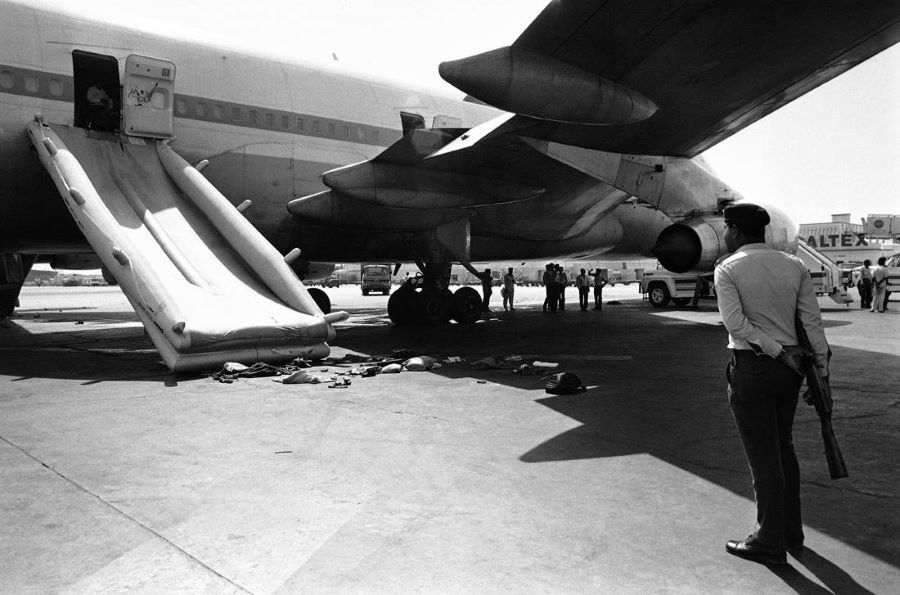 Once Mr. Kumar was dead, Safarini threatened that he would kill a passenger every 10 minutes if his demands continued to be ignored. The next passenger he picked started to pray to Allah, and Safarini allowed him to get back to his seat.

He settled for a British citizen, Michael Thexton, and although he was sure he was the next to die, Michael survived the hijacking. However, he spent much of the hijacking kneeling in front of the plane.

Safarini also found someone who could operate the cockpit radio, and that man was Mr. Kharas, a Pan Am mechanic who was trapped inside the plane with the other hostages while doing checks on the plane before its take-off. He helped Safarini communicate with the tower until the end of the hijacking.

He explained that he was the "leader" of the operation and clarified that the four were suicidal and willing to blow themselves up with the rest of the passengers.

"I will kill all of them, and I will not show mercy toward any of them… I will kill all including the children, old people, the women, young and old."

Unfortunately, Mr. Kharas would not survive the hijacking.

The Plane Went Dark, And The Hijackers Opened Fire 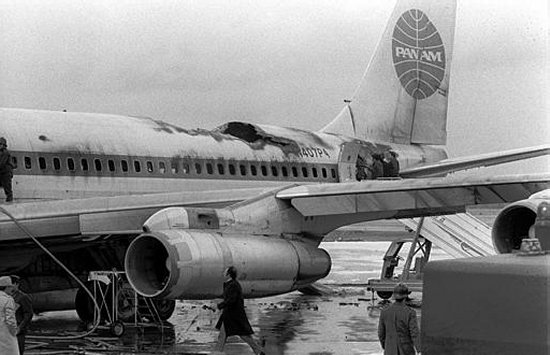 After several hours, the hijackers had still not gotten their wish. The plane was getting too warm, and Kharas informed Safarini that the auxiliary power unit would soon fail.

That would be terrible because the power would go out when it was dark.

Soon enough, the lights started flickering before they went out and plunged the plane into darkness. This terrified the terrorists, who thought a security team planned to rescue the hostages.

People were crammed together, and the four hijackers moved into their final positions before they cried "jihad." The hijackers then opened fire on the hostages, shooting indiscriminately until they ran out of ammunition.

After that, the hijackers also threw at least six hand grenades at the hostages, and they detonated inside the plane.

The result was a bloody and horrifying mess. The grenades ripped through the floor of the plane, and at least 20 people lost their lives while 100 others were either maimed or injured.

It was truly a miracle that so many people survived the carnage. 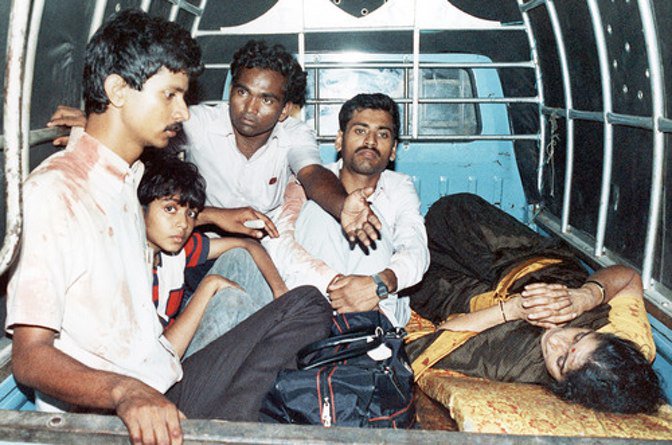 Neerja Bhanot, a flight attendant, and other colleagues and passengers opened two exits in the economy section. That caused the inflation of the emergency slide, and everyone clamored to get to the exits fearing the hijackers would launch another attack.

However, one of the slides did not deploy, and desperate passengers chose to jump around 20 feet to the tarmac, which resulted in additional injuries. Some could not even walk from the plane after jumping and hurting themselves.

Several vehicles had to be used as makeshift ambulances due to a large number of casualties. Many people lost limbs and body parts, while others were left in a coma. 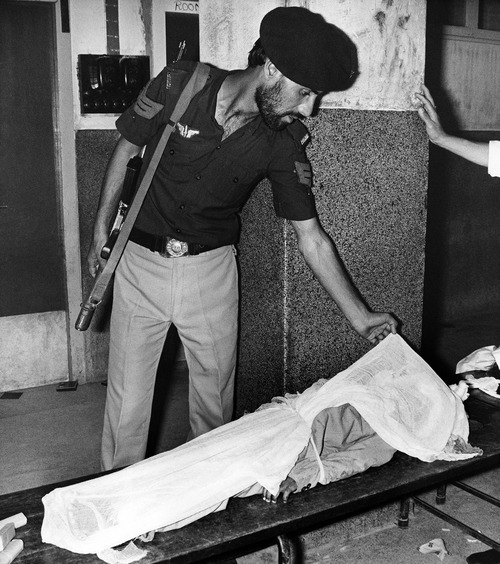 The hijacking had taken a total of 17 hours. By then, Pakistan Army's Special Services Group (SSG) commandos and Pakistan Rangers were on high alert. At the time the hijackers opened fire, it was 21:30 Pakistan Standard Time.

About 26% of the passengers were Indian citizens. A total of 14 different nationalities were represented within the 365 passengers on the plane.

The Hijackers Left With The Hostages 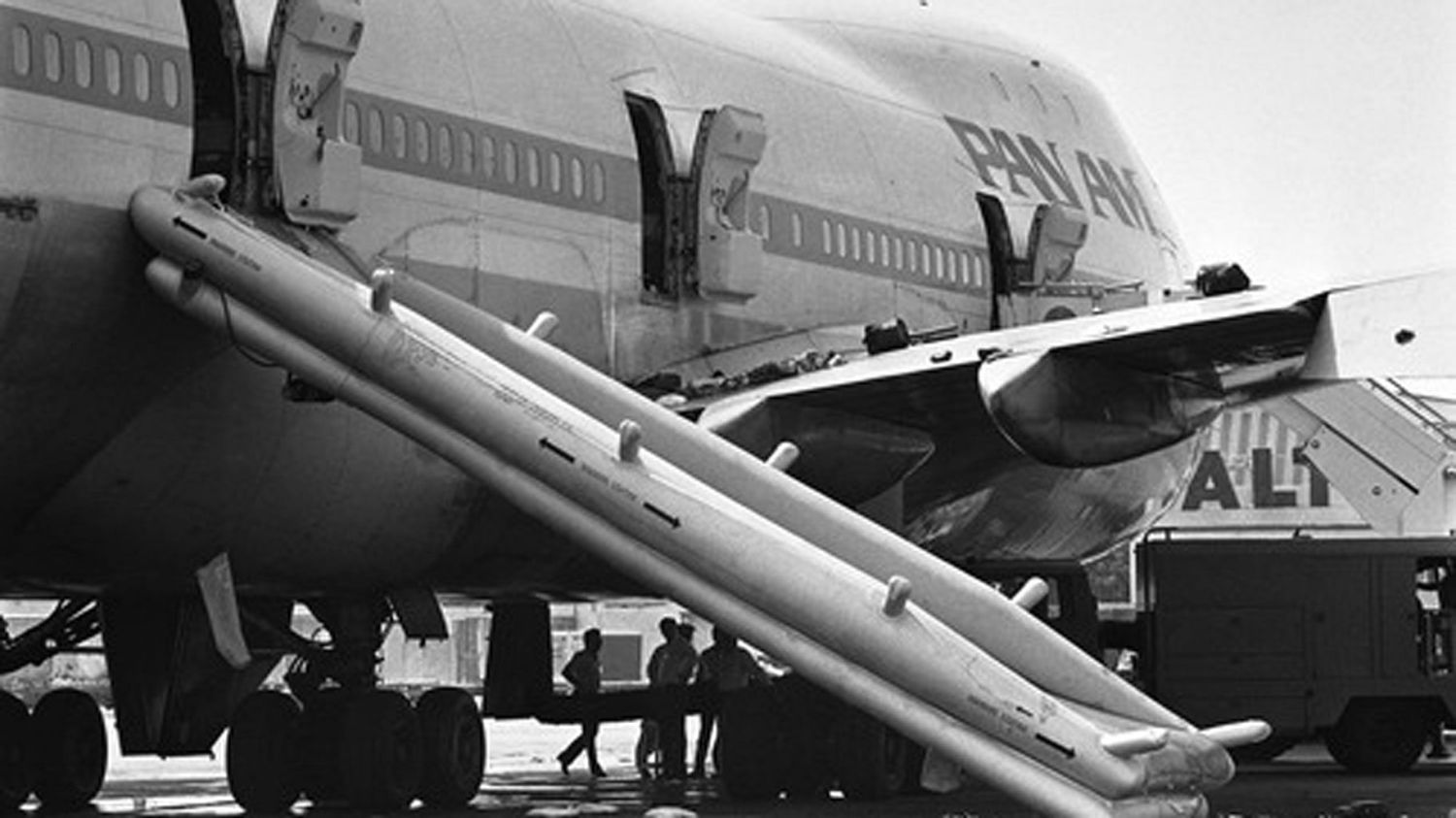 Three of the hijackers left together with the hostages. However, their attempts to blend in and get away with the fleeing hostages did not succeed. Karachi authorities identified them at the airport terminal.

Allegedly, Safari had asked one of his accomplices to shoot him in the waist area to detonate his explosives belt. However, although he was shot and wounded badly, the belt did not go off. He was taken out of the plane by rescue workers who did not know he was one of the hijackers.

However, he recovered from his wounds.

The dead were citizens of four different countries, and their ages ranged from 7 years to 81 years. Throughout the hijacking, the demands of the terrorists went unheeded.

The Aftermath Of The Hijacking 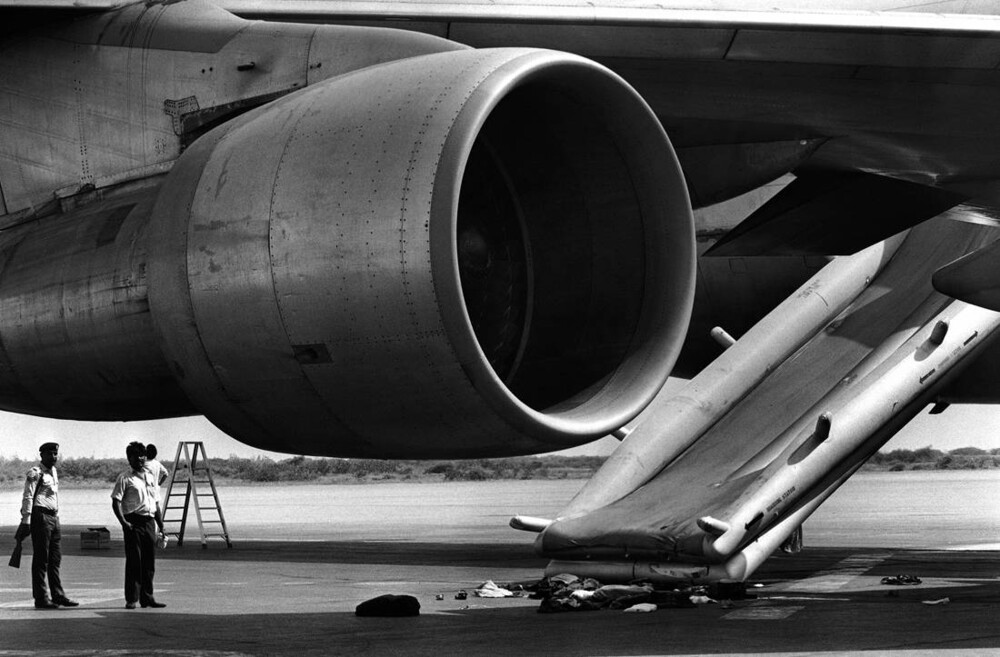 In July 1988, the hijackers were sentenced to death in a Pakistani court. The sentences were then commuted to life sentences, and the other prisoners were deported by the authorities to Palestine in 2008.

Apparently, one of the attackers died in a drone strike in Pakistan in 2010 on January 9, but the death was never confirmed.

Libya was accused of funding the hijacking, but it denied its involvement. However, a law firm in the United States filed a civil case in the U.S. seeking $10 billion in compensation from Libya in 2006. According to the suit, the country offered material support to the attackers.

Apparently, the hijackers planned to fly the plane to Israel and crash it into Tel Aviv's city.

Safarini Rearrested By FBI After Release From Jail 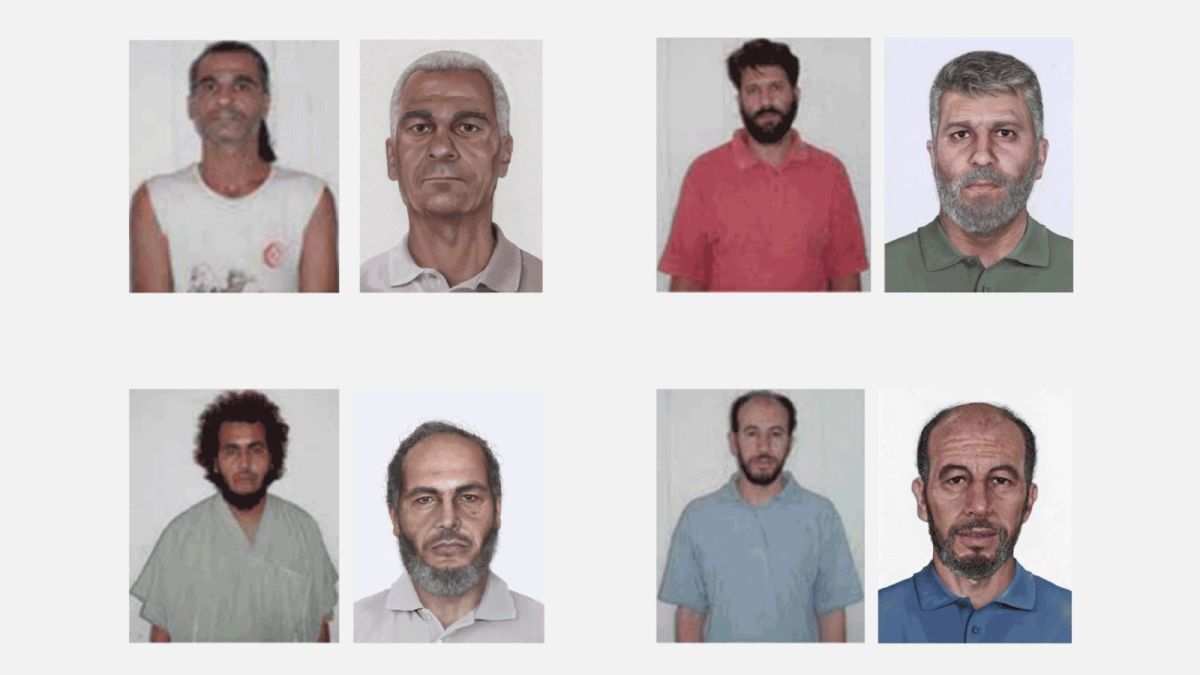 Each of the five men involved was convicted and sentenced to death in 1988, but these sentences were later changed into life sentences. However, in the year 2000, Pakistani officials started saying that the jail terms of the hijackers were about to come to an end.

When Zaid Hassan Abd Latif Safarini, one of the men sentenced for the hijacking, was released from a Pakistani jail in 2001, he was picked up by the FBI soon after his release and was taken to court in court in Anchorage, Alaska.

In August the following year, Safarini and his four co-defendants were charged in the District of Columbia. He pleaded not guilty to the charges.

His attorneys also filed a motion to stop the government from asking that he be sentenced to death. The lawyers argued that this would violate the ex post facto clause.

However, the government sought the death penalty due to Safarini's violation of air piracy laws.

Eventually, the court ruled that the death penalty was not an option in the case. After a series of court hearings, Safarini finally pleaded guilty to 95 counts in connection to this role in the hijacking of Pan Am Flight 73.

In the end, Safarini was sentenced to three consecutive life sentences plus 25 years, for a total of 160 years, in May of 2004. The judge also recommended that he never receives any parole.

In the year 2008, the four remaining hijackers were released from jail. They were added to the FBI's Most Wanted Terrorist list, and rewards were offered for information leading to their arrest and/or conviction. 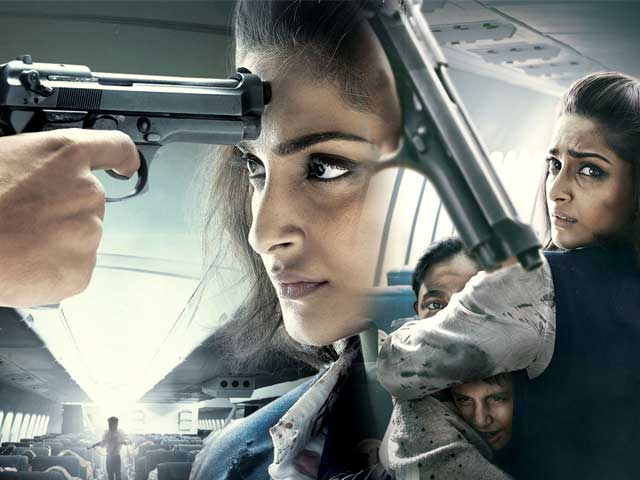 She got the highest Indian bravery award and a United States Special Courage award as well as a Pakistani award.

The FBI believes that the other hijackers are still alive in the Middle East. That is why they offer a good reward for any information leading to their arrest and have even released digitally aged photos of their mugshots from 2000 to help get them captured.

It's quite a tragedy that most of the terrorists involved in the hijack have not been arrested to this date.