If you have seen the TV series, you have probably wondered if the American Horror Story: Freak Show museum exists. The one in the series is fictional, but something in the real world comes close. That's the Mutter Museum in Philadelphia. 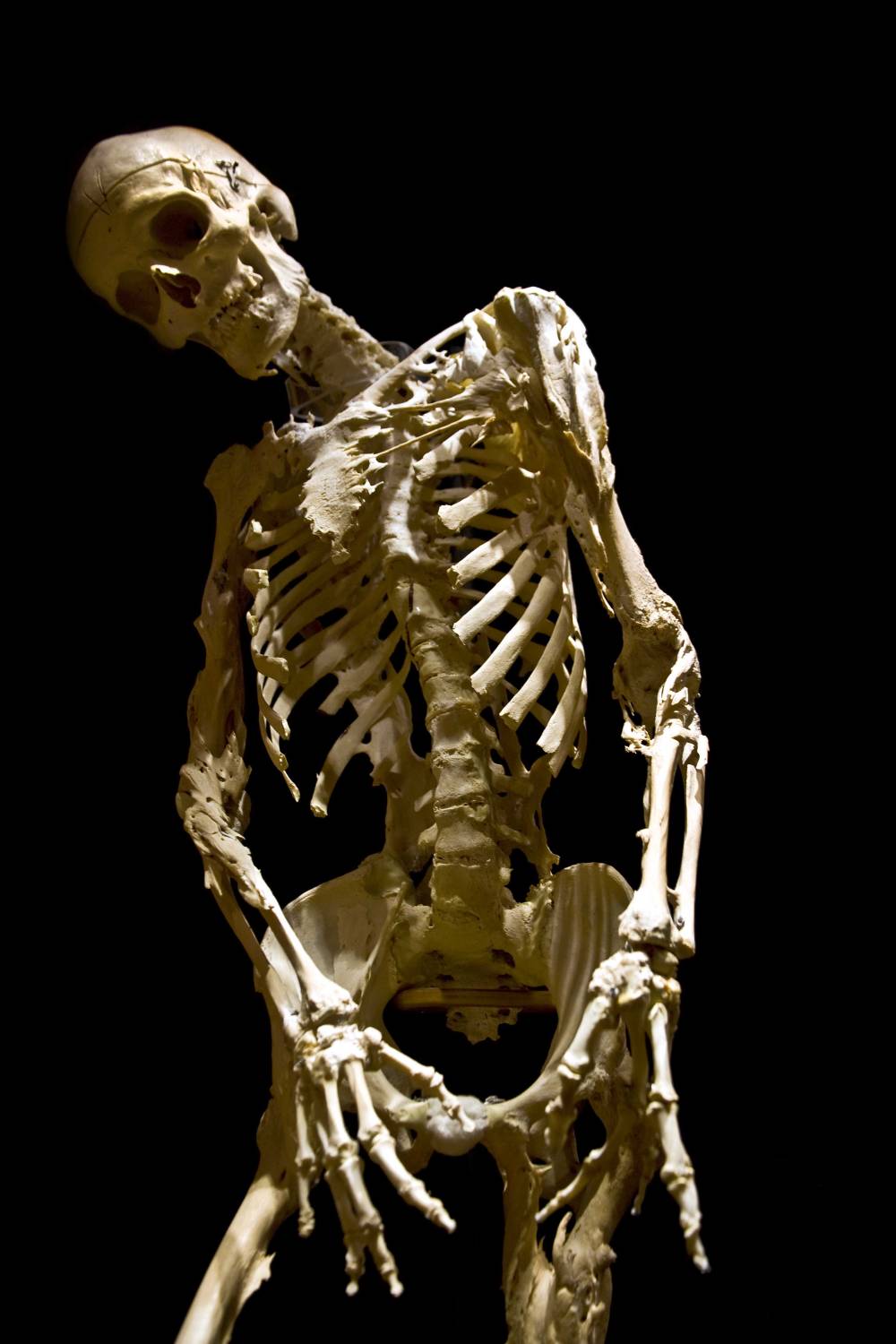 The Mutter Museum is dedicated to medicine. It houses dozens of collections acquired in the mid-nineteenth century by Thomas Dent Mutter.

Mutter was a doctor who donated his collections to the Medical College of the University of Philadelphia. As he had a tremendous interest in science, he founded this institution for study and education purposes.

The collections include skeletons, parts of the human body preserved in various ways (dried or immersed in a liquid such as alcohol or formaldehyde), wax models, and medical instruments.

The Mutter Museum's collections often combine medicine with teratology, a science that studies anomalies in the development of living species. Therefore, there are human deformities as well as those of animals and plants.

The primary interest of the Mutter Museum is to gather people with unique conditions. Like those starring in American Horror Story: Freak Show.

Siamese twins, giants, micro and macrocephaly, elephant men, and other severe anomalies of the human body can be observed. Since you are in a nineteenth-century museum, the taste for the macabre is at an all-time high.

Why Visit The Mutter Museum 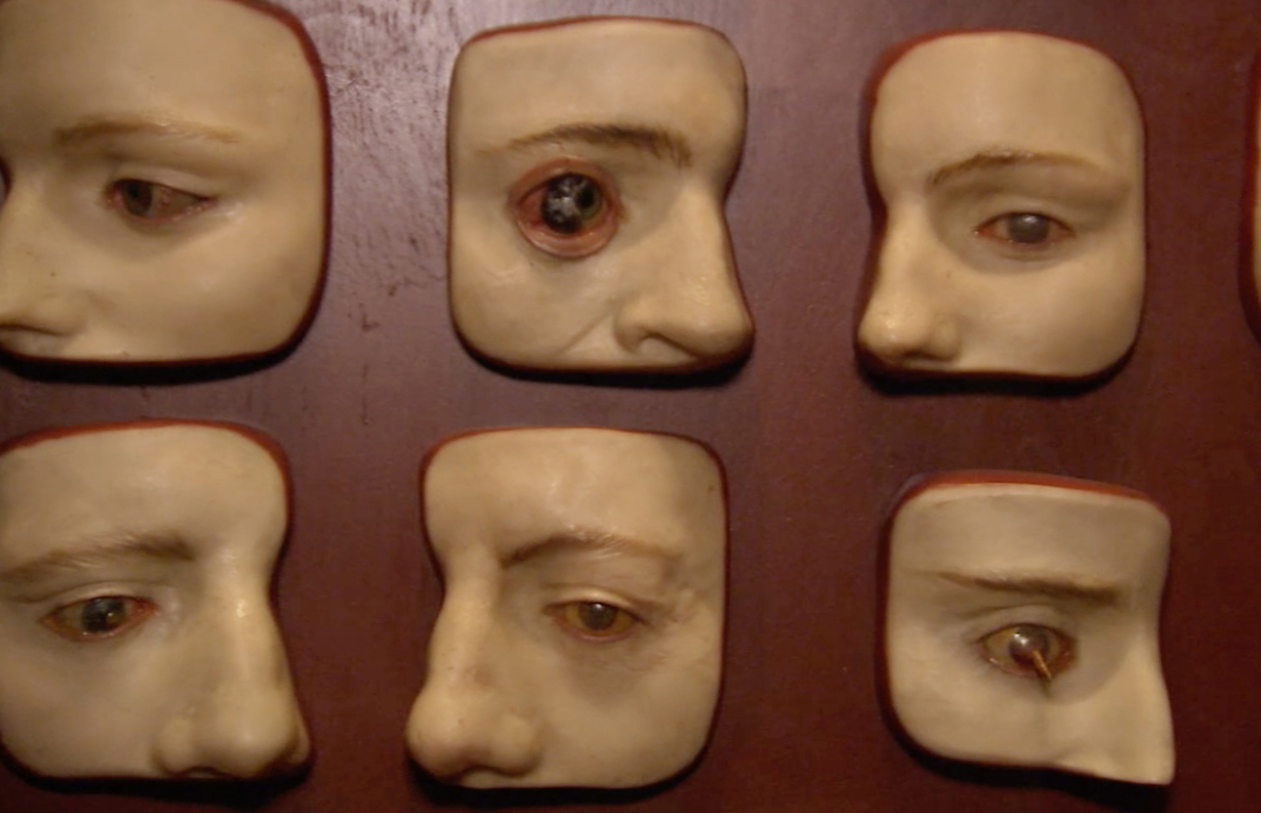 In short, this strange museum in Philadelphia can also be visited to indulge one's morbid curiosity regarding atrocities and "freaks of nature." It is fascinating for those who like things out of the ordinary.

Although it first opened its doors in 1863, the actual popularity of the Mutter Museum did not start in the 19th century but a century later. The collection was transferred to a new location in 1909, and then people began to take an interest in it.

Over the years, the Mutter Museum has been updated several times, following the progress of science. So, it can give a new interpretation that offers a much deeper sense of the unusual and "the freaks of nature."

Thanks to temporary exhibitions, panels, and new installations, the Mutter Museum conveys that the human body is a beautiful machine. This is true even when sick or deformed, observed under a microscope or on the anatomical table.

Behind the disfigured bodies of the abnormal, the freaks of nature of the nineteenth century, there were people with stories that were often exciting.

These exposed people were full of suffering or hope, and sometimes genuinely extraordinary, along with their pathologies, cause-and-effect relationships that medical science seeks to understand and cure.

The Wonders Of The Mutter Museum 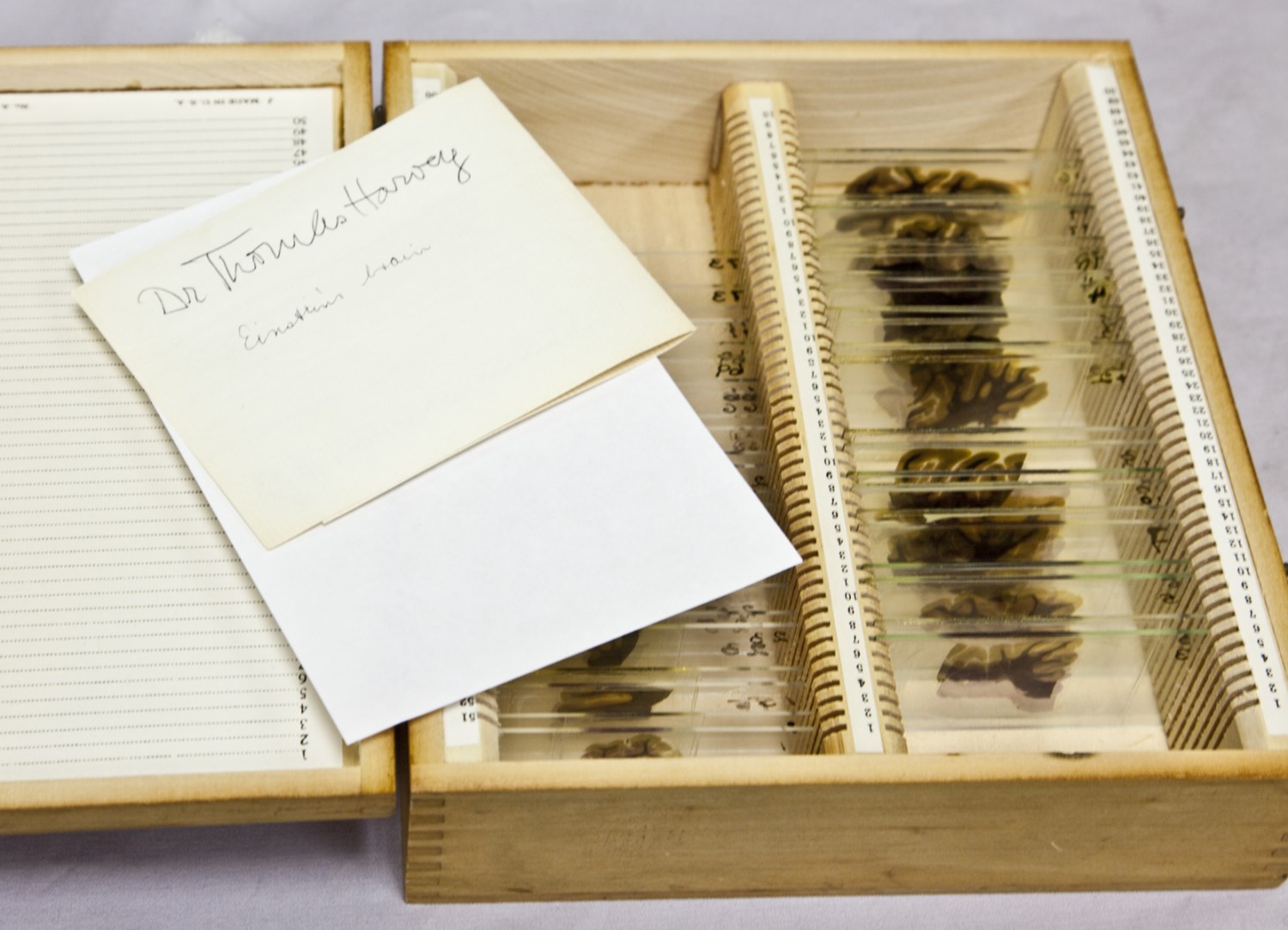 The Mutter Museum in Philadelphia has expanded its collections over the years and has over 20,000 samples today. Only 2,500 are on public display.

There are so many interesting and curious things to see that you can easily spend an entire day there. But if you have less time to visit it, these are some of the must-see wonders of the Mutter Museum, the ones not to be missed. 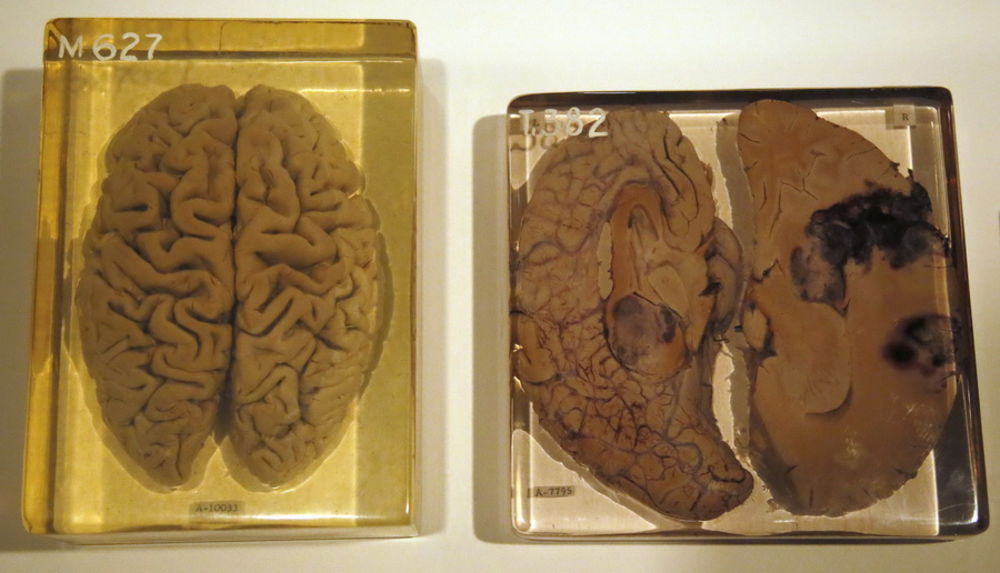 After the scientist's death, his brain was thinly sliced ​​and distributed to various scientific institutes for study. Here is the only part of Einstein's brain currently on public display.

Einstein would have been furious since he wanted to be cremated and did not want to become an attraction for tourists when he died. He permitted to keep only his brain, and only for study purposes, with the absolute veto to expose it to the public.

Peace to his soul, in 2011, the brilliant brain slices were donated to the museum by a private individual, and as soon as they were exhibited, they became one of the main attractions. 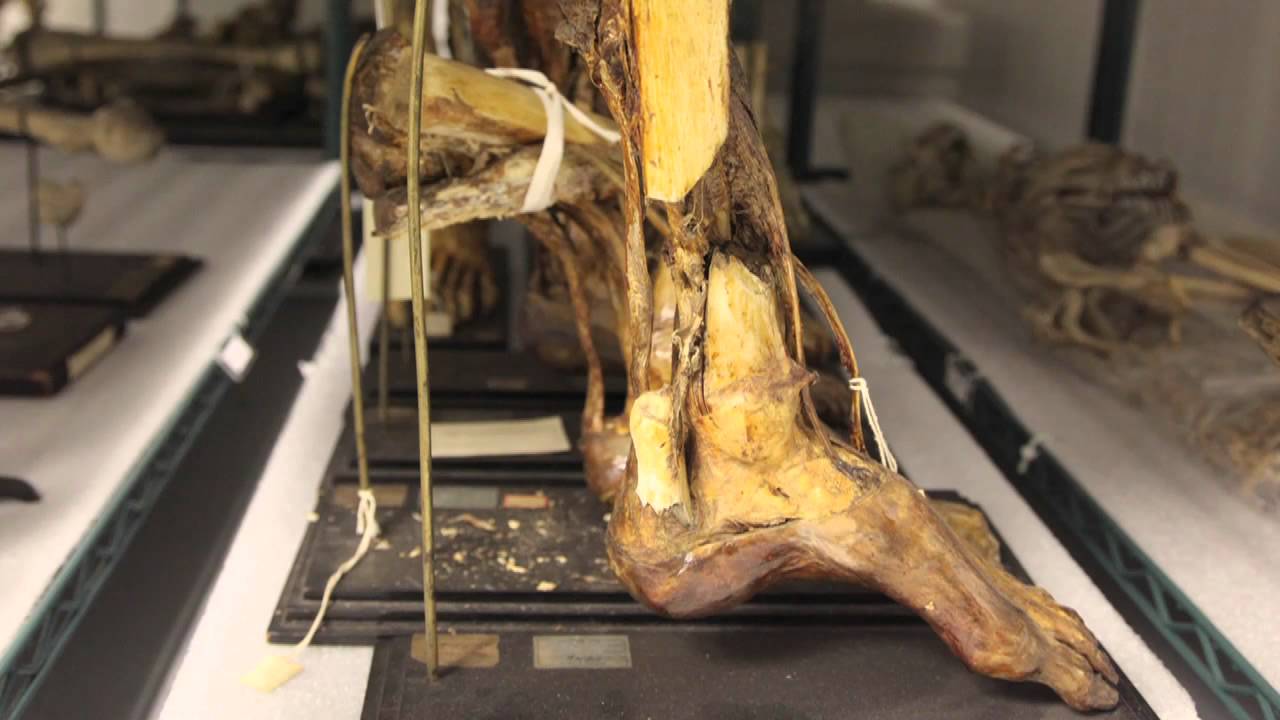 The skeletons of several people with severe developmental pathologies, such as gigantism and dwarfism, are exposed along with numerous pairs of Siamese twins joined in different parts of their bodies.

The description of their diseases accompanies all these skeletons. There are stories about the patients' lives, families, jobs, and more. 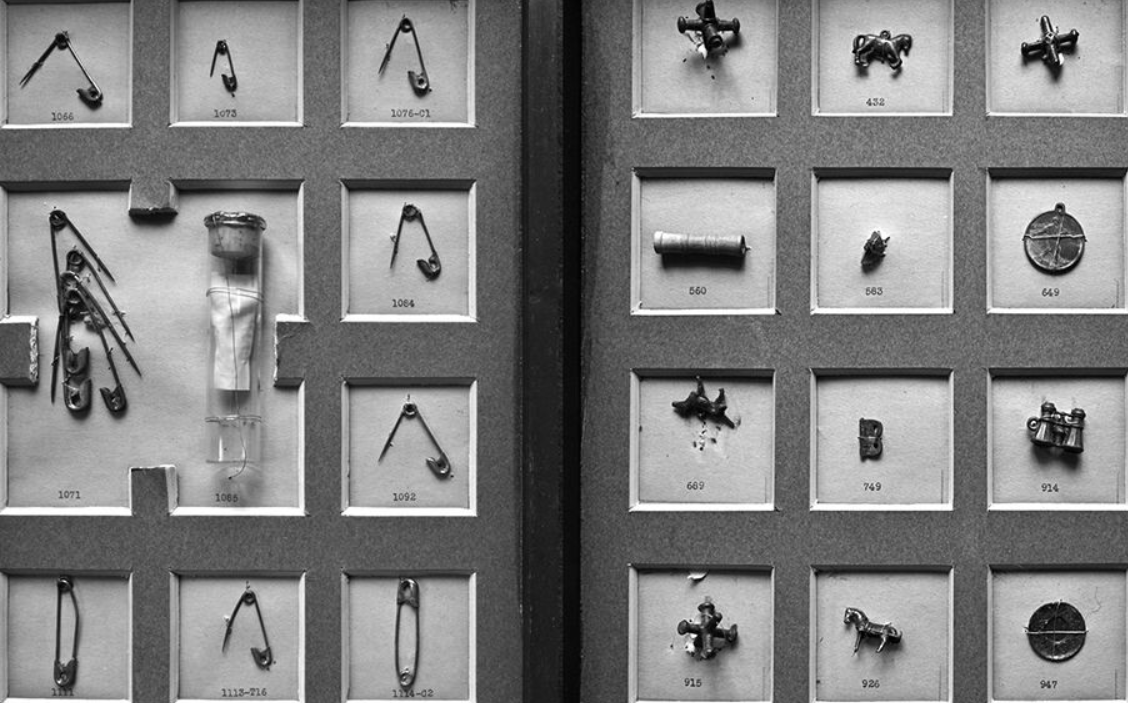 One of the most curious collections is Dr. Chevalier Jackson, a famous American laryngologist. He collected over 2,300 foreign bodies extracted from his patients' throats, who had swallowed them.

In those gorges, the doctor found everything, from nails to dentures, to bones and coins, all elegantly cataloged in wooden cabinets.

The Austrian anatomist Joseph Hyrtl collected 139 skulls in the second half of the 19th century. He attempted to prove a relationship between the skull's shape and the intelligence and personality of a person.

Each skull is accompanied by information on the subject's age, place of birth, date, cause of death, profession, and other personal characteristics, often elegantly handwritten by Dr. Hyrtl on the skull.

Today we know that this theory, phrenology, is without foundation. Yet, at the time, it was prevalent and discussed. They were created by tribes of the Amazon for ritual purposes, with complicated and primitive techniques of tanning and preserving the skin. Apart from rituals, they were also used as trophies and for scaring enemy tribes.

In time, shrunken heads became quite a popular collector item, and they were bought for a significant amount of gold. Becoming an expensive collector piece led to headhunting in many world regions. In the 1930s, the selling of tsantsa heads became illegal.

At that time, Europeans and Indians prepared forged shrunken heads for purely commercial purposes. They often used heads of monkeys and other gimmicks.

The Mutter Museum keeps two, one authentic and another forged. So, here you can compare and understand what makes a real tsantsa head genuine and unique. 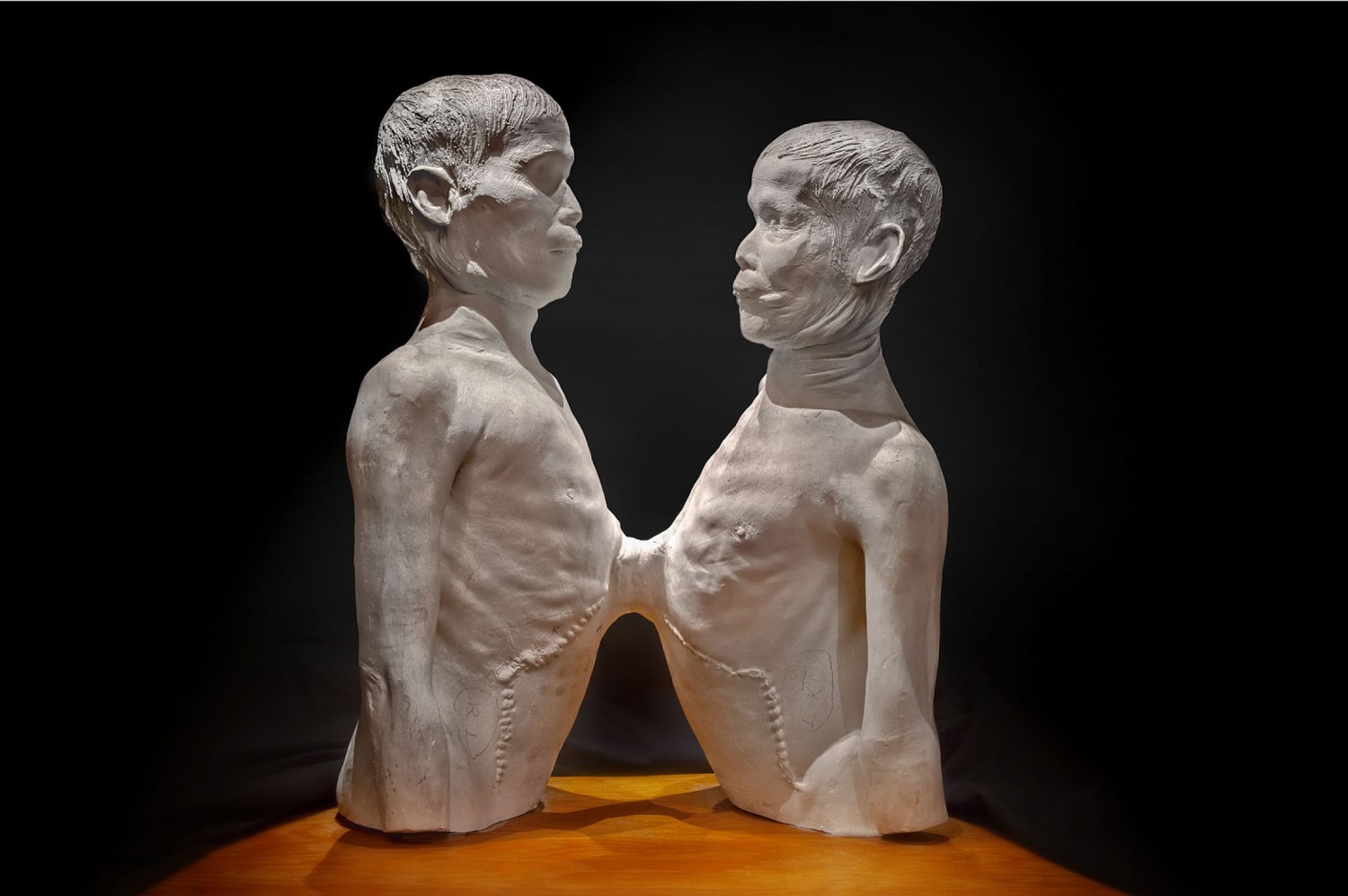 Chang and Eng Bunker were two conjoined twins at chest height from Siam, now Thailand. They became recognized worldwide thanks to a traveling circus, i.e., a freak show in the nineteenth century.

Before their worldwide fame, conjoined twins were simply referred to as "monsters." Thanks to them, the term "Siamese twins" is now used. The Mutter Museum preserves their livers, which fused, and the plaster cast made post mortem on the upper part of their bodies. 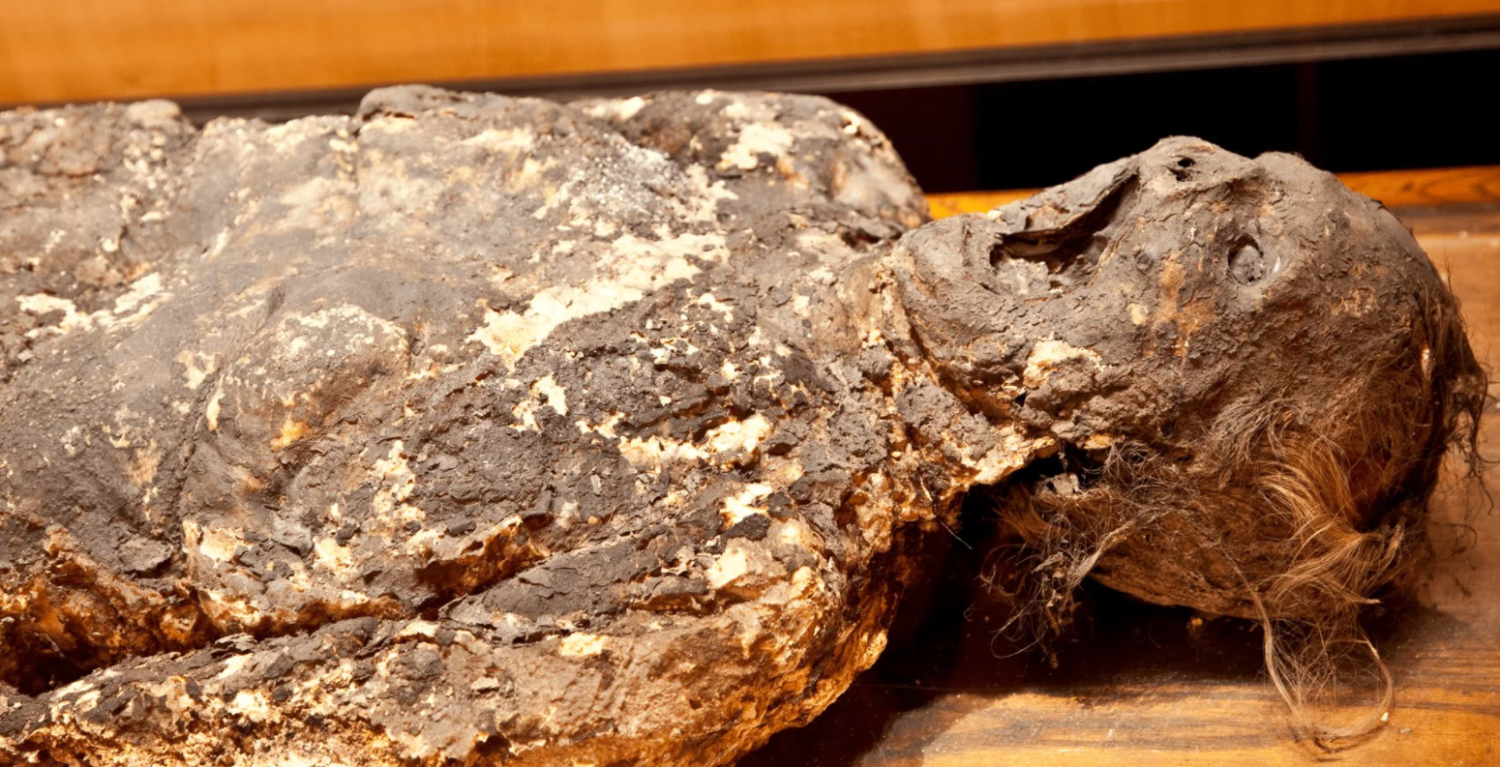 When it was exhumed from a burial in Philadelphia in 1875, this woman's body was found to have turned almost entirely into adipocere, a soap-like substance. It is a rare phenomenon that occurs only in particular chemical and physical conditions.

These are just some of the wonders of the Mutter Museum in Philadelphia, the most famous or the most amazing ones. Another is the museum bookshop, full of books, prints, and other items that you can buy as a souvenir or a gift.

Even more, there are thousands of other little wonders to discover: the human body is truly an incredible machine, even when it is deformed or sick.