Being Blonde means you have the pressure of living up to the old saying, "Blondes Have More Fun," but if you're blonde like me, you also have to endure the endless barrage of "Blonde" jokes that we hear on the daily.

Heck, I make jokes about my "Blonde" moments all the time myself, so I never take offense to them, and hopefully, if you're a blonde, you can also. If you can't laugh at yourself, who can you laugh at? The Ginger jokes, maybe? Just Kidding. No Wait... LOL!! 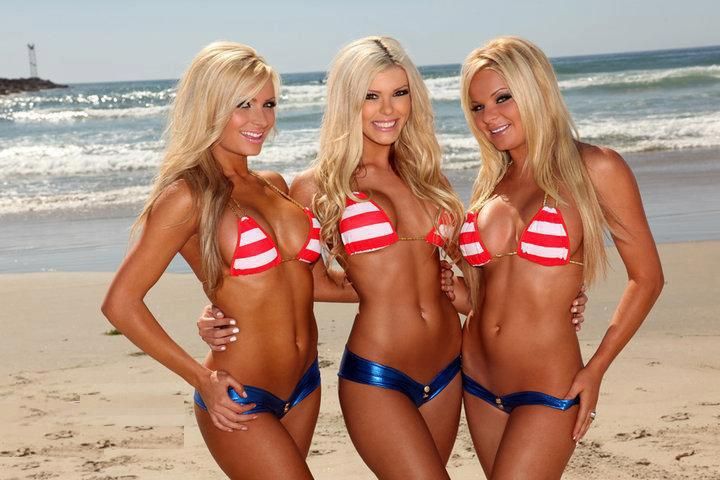 Three women go down to Mexico one night, get drunk, and wake up in jail, only to find that they are to be executed in the morning, though none of them can remember what they did the night before.

The first one, a redhead, is strapped to the electric chair and is asked if she has any last words.

She says, "I am from Grace University and believe in the almighty power of God to intervene on behalf of the innocent," They throw the switch, and nothing happens.

They all immediately prostrate themselves; beg for her forgiveness, and release her.

The second one, a brunette, is strapped in and gives her last words, "I am from the Creighton School of Law, and I believe in the power of justice to intervene on the part of the innocent."

They throw the switch, and again, nothing happens.

Again, they all immediately prostrate themselves; beg for her forgiveness, and release her.

The last one, a blonde, is strapped in and says, "Well, I'm from the University of Alabama, Huntsville, and just graduated with a degree in Electrical Engineering, and I'll tell you right now, you ain't gonna electrocute nobody if you don't plug this thing in." 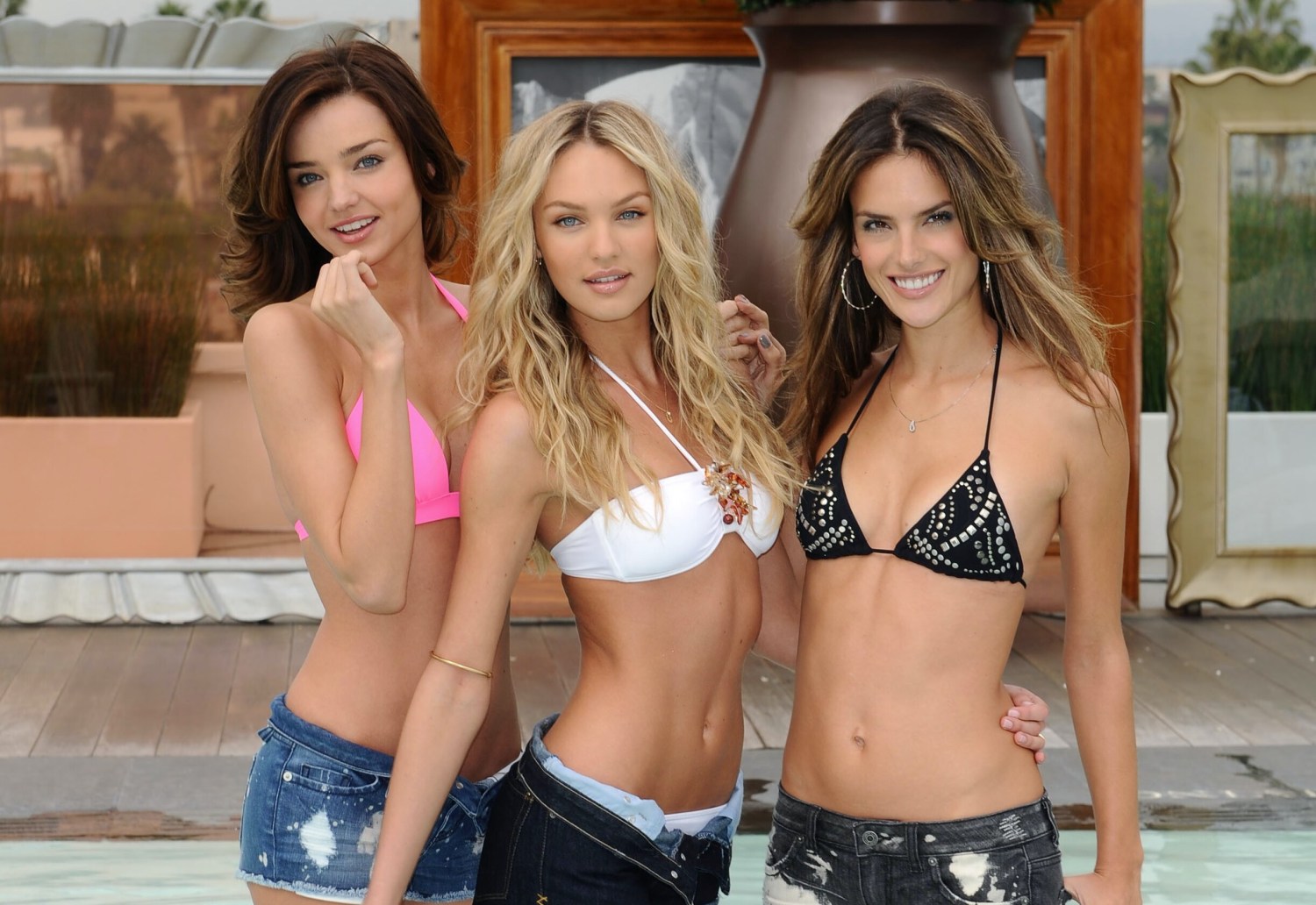 A brunette, a redhead, and a blonde went to a fitness spa for fun and relaxation. After a stimulating healthy lunch, all three decided to visit the ladies' room and found a strange-looking woman sitting at the entrance who said, "Welcome to the ladies' room. Be sure to check out our newest feature: a mirror which, if you look into it and say something truthful, you will be awarded a wish. But, be warned, for if you say something false, you will be sucked into the mirror to live in a void of nothingness for all eternity!"

The three women quickly entered, and upon finding the mirror, the brunette said, "I think I'm the most beautiful of us three." In an instant, she was surrounded by a pile of money.

The redhead stepped up and said, "I think I'm the most talented of us three." She suddenly found the key to a brand new Porsche in her hands. 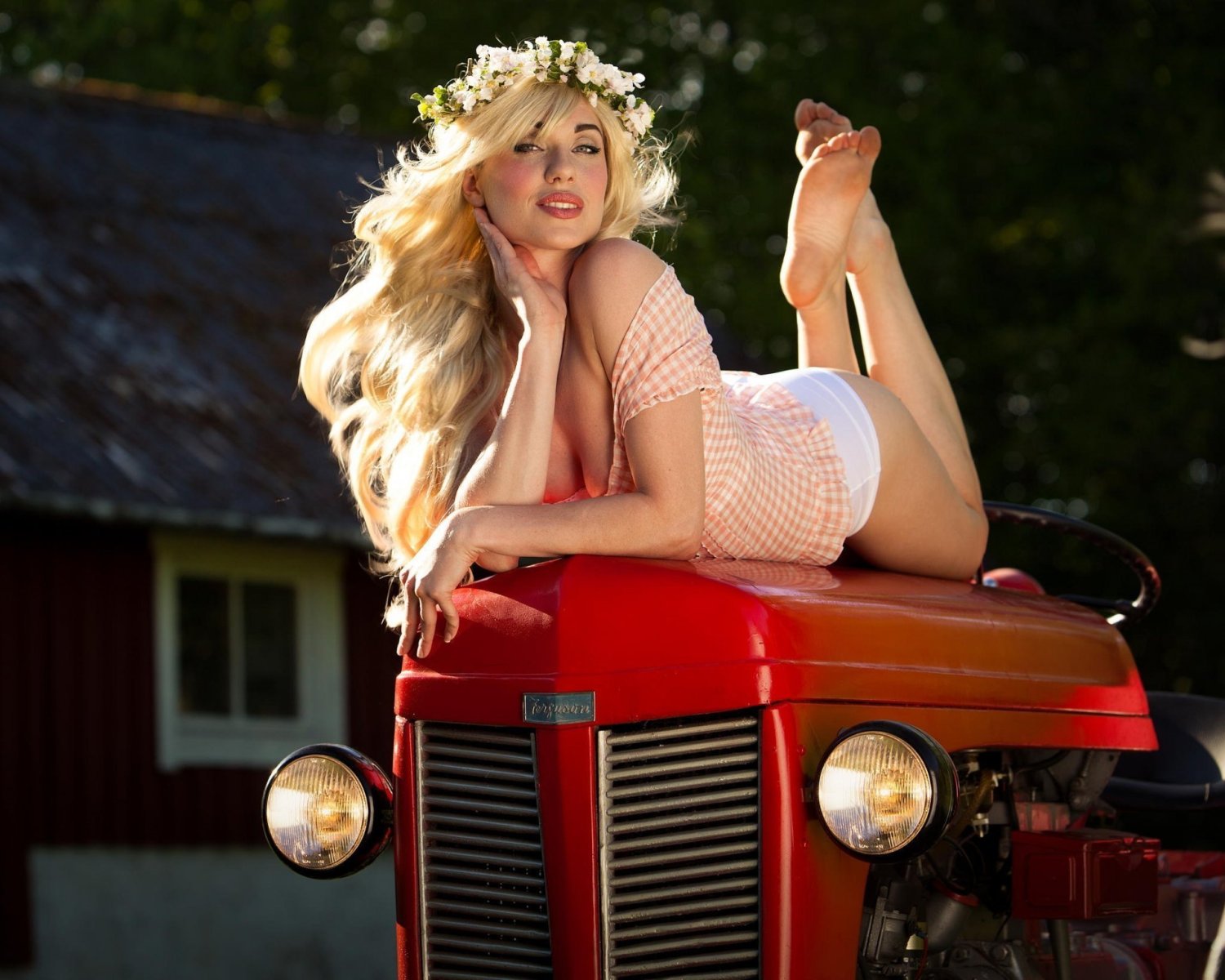 Three blondes are talking about their boyfriends.

"You know what?" replies Jenny, "It's exactly the same with my Richard!"

They turn to the third blonde and ask: "When you blow Chris, are his balls cold, also?"

"Ugh! That's disgusting! I never put his thing in my mouth!"

She says she'll think about it.

"Whoa!" the first blonde asks, "How did you get that black eye?!"

"Chris hit me when I was blowing him," she said.

"What on earth for?!" the second blonde asks.

"I don't know," she replies. "All I did was tell him how strange it was that his balls were so warm, seeing as Pete and Richard's are so cold!" 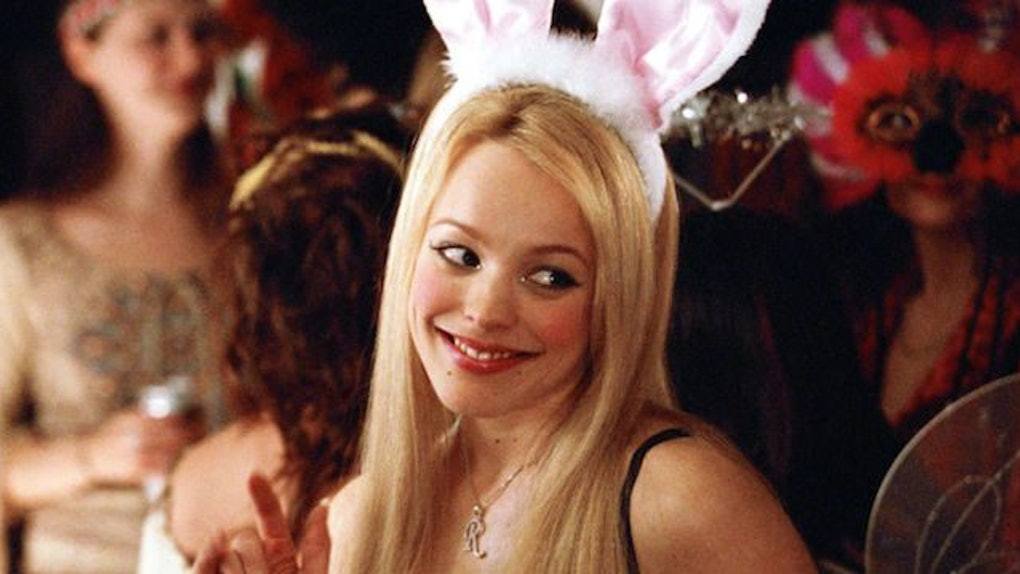 A blonde and a lawyer are seated next to each other on a flight from LA to NY. The lawyer asks the blonde if she would like to play a fun game. The blonde, who is tired, politely declines and rolls over to the window to catch a few winks.

The lawyer persists and explains that the game is easy and a lot of fun. He explains, "I ask you a question, and if you don`t know the answer, you pay me $5.00, and vice versa."

Again, she declines and tries to get some sleep.

This catches the blonde's attention and, figuring there will be no end to this torment unless she plays, agrees to the game.

The lawyer asks the first question. "What`s the distance from the earth to the moon?"

The blonde doesn't say a word, reaches into her purse, pulls out a $5.00 bill, and hands it to the lawyer.

"Okay," the lawyer continues, "your turn."

She asks the lawyer, "What goes up a hill with three legs and comes down with four legs?"

The lawyer, puzzled, takes out his laptop computer and searches all his references, but he can`t find an answer. He taps into the air phone with his modem and searches the net and the Library of Congress, but he still has no answer. Frustrated, he e-mails all his friends and coworkers, which turns out to be to no avail.

The blonde says, "Thank you," and turns back to get some more sleep.

The lawyer, who is more than a little miffed, wakes the blonde and asks, "Well, what's the answer?"

Without a word, the blonde reaches into her purse, hands the lawyer $5.00, and goes back to sleep.

Blind Man in a Bar 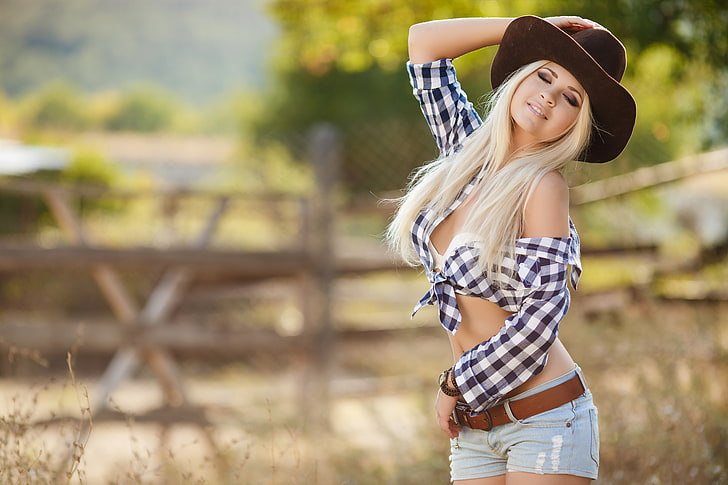 A blind man enters a bar and finds his way to a barstool.

After ordering a drink and sitting there for a while, the blind guy yells to the bartender, "Hey, you wanna hear a blonde joke?"

In a husky, deep voice, the woman next to him says, "Before you tell that joke, you should know something. The bartender is blonde, the bouncer is blonde, and I'm a 6′ tall, 200-pound blonde with a black belt in karate. What's more, the fella sitting next to me is blonde, and he's a weightlifter. The woman to your right is a blonde, and she's a pro wrestler. Think about it seriously, mister. You still wanna tell that blonde joke?"

The blind guy says, "Nah, not if I'm gonna have to explain it five times." 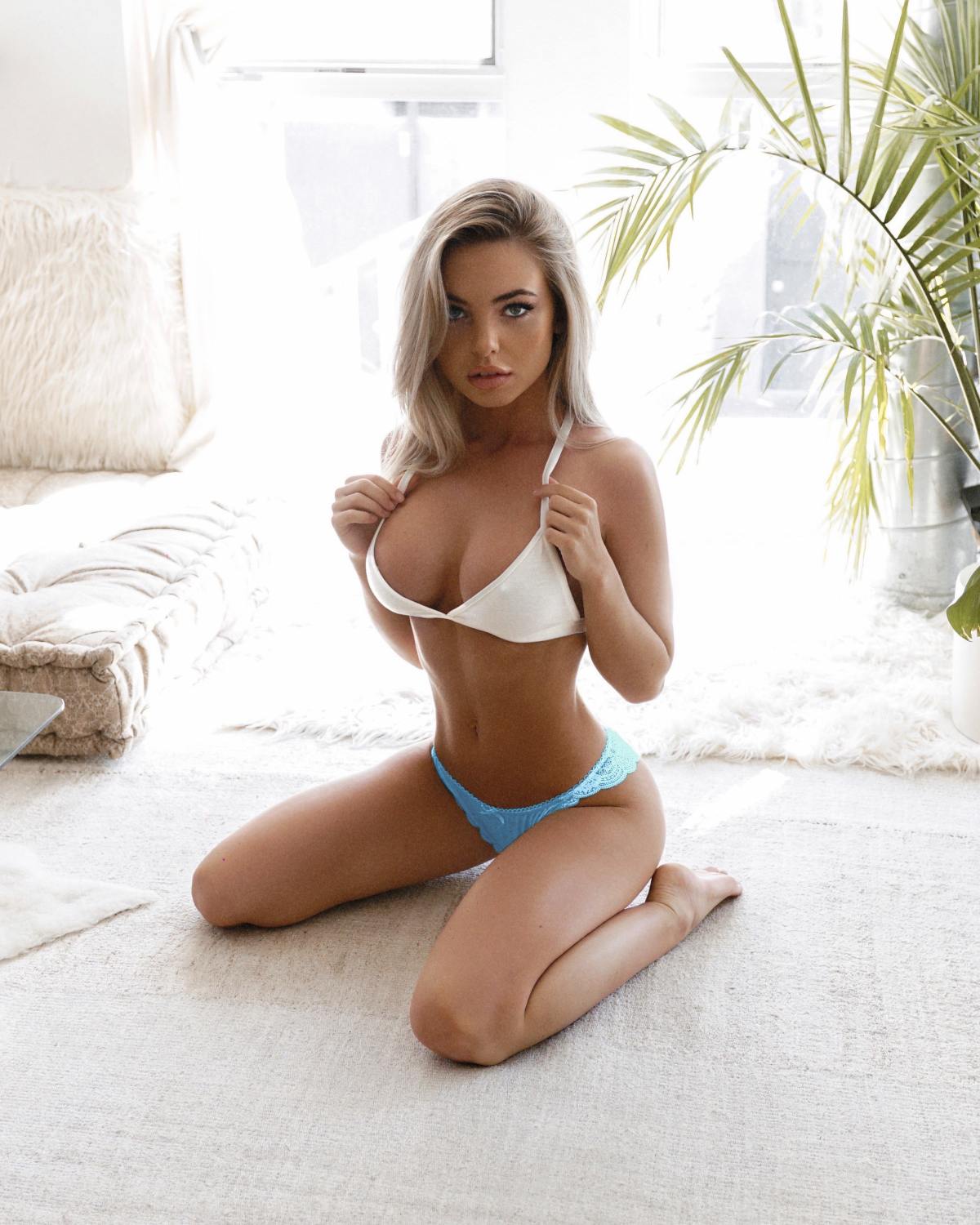 An Italian guy is out picking up chicks in Roma.

While at his favorite bar, he manages to attract one rather attractive-looking blonde.

So they're back at his place, and sure enough, they go at it. After a long while…

Then he rolls over, lights up a cigarette, and asks her, "So…. you finish?" After a slight pause.

Surprised but pleasantly, he puts out his cigarette, rolls back on top of her, and has his way with her again, this time lasting even longer than the first… and this time completing the deed with even louder shouts.

Again he rolls over, lights a cigarette, and asks, "So…. you finish?"

And again, after a short pause, she simply says, "No."

Stunned but still acting reflexively on his macho pride, he once again puts out the cigarette and mounts his companion du jour.

This time, with all the strength he could muster up, he barely manages to end the task, but he does after quite some time and energy is spent.

Barely able to roll over, he reaches for his cigarette … lights it again, and then asks tiredly, "So… you finish?" 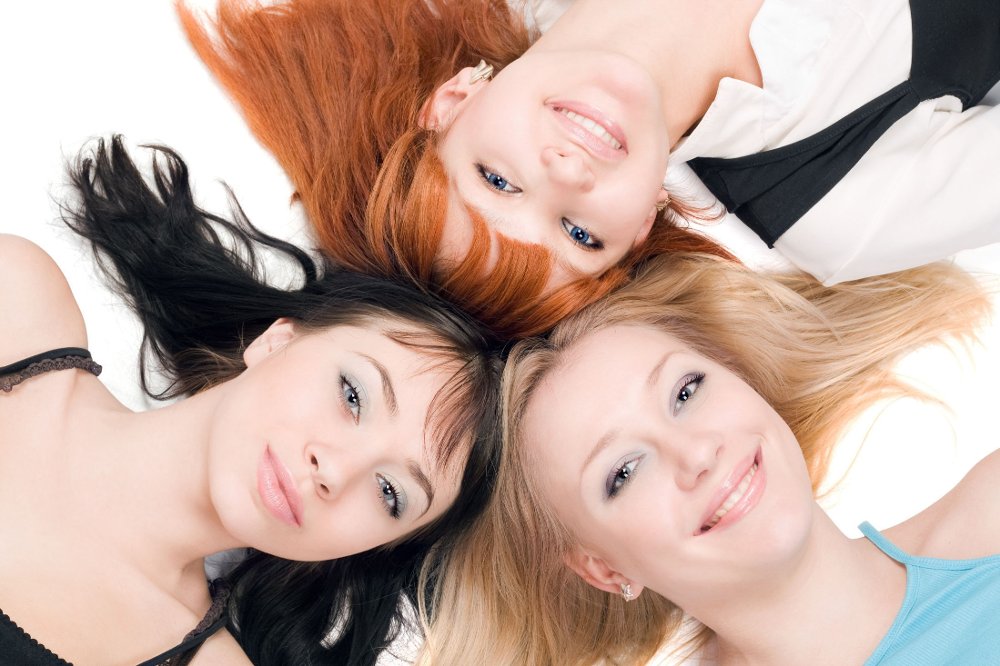 A blond, a brunette, and a redhead were trying out for a new NASA experiment on sending women to different planets.

First, they called the brunette in and asked her a question.

"If you could go to any planet, what planet would you want to go to and why?"

After pondering the question, she answered, "I would like to go to Mars because it seems so interesting with all the recent news about possible extra terrestrial life on the planet."

They said, "well, okay, thank you." And told her that they would get back to her.

Next, the redhead entered the room, and the NASA people asked her the same question. In reply, "I would like to go to Saturn to see all of its rings." Again, "thank you," and they would get back to her.

Finally, the blond entered the room and asked her the same question they asked the brunette and the redhead.

She thought for a while and replied, "I would like to go to the sun."

The people from NASA replied, "why, don't you know that if you went to the sun, you would burn to death?"

The blond smirked and put her hands on her hips. "Are you guys dumb? I'd go at night!" 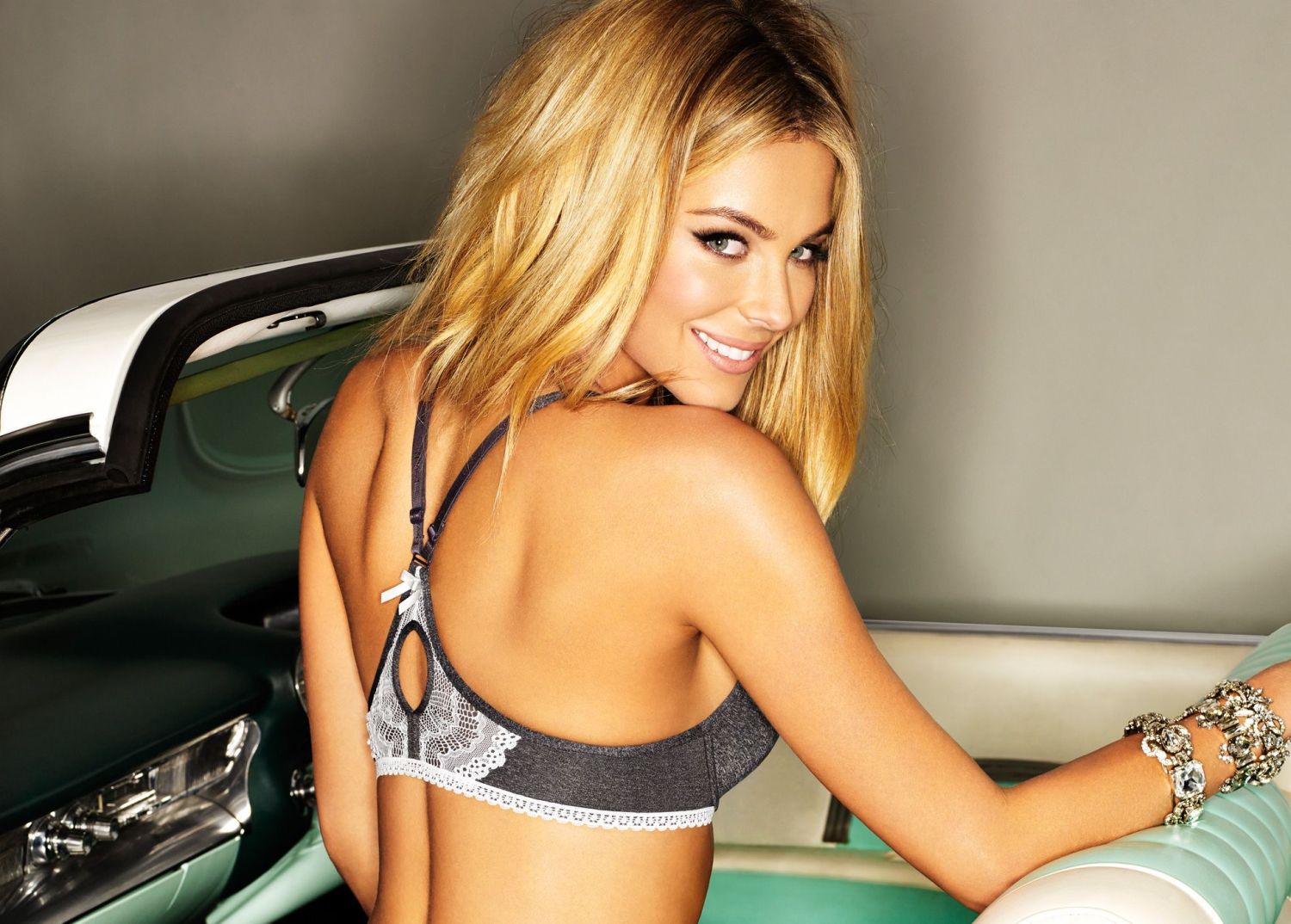 Three women are about to be executed for crimes.

One's a brunette, one's a redhead, and one's a blonde.

Two guards bring the brunette forward, and the executioner asks if she has any last requests.

Everyone is startled and looks around. She manages to escape.

The angry guards then bring the redhead forward, and the executioner asks if she has any last requests.

The redhead then screams, "tornado!!"

Yet again, everyone is startled and looks around.

She, too, escapes execution.

By this point, the blonde has figured out what the others did.

The guards bring her forward, and the executioner asks if she has any last requests.

She also says no, and the executioner shouts, Ready... Aim..." 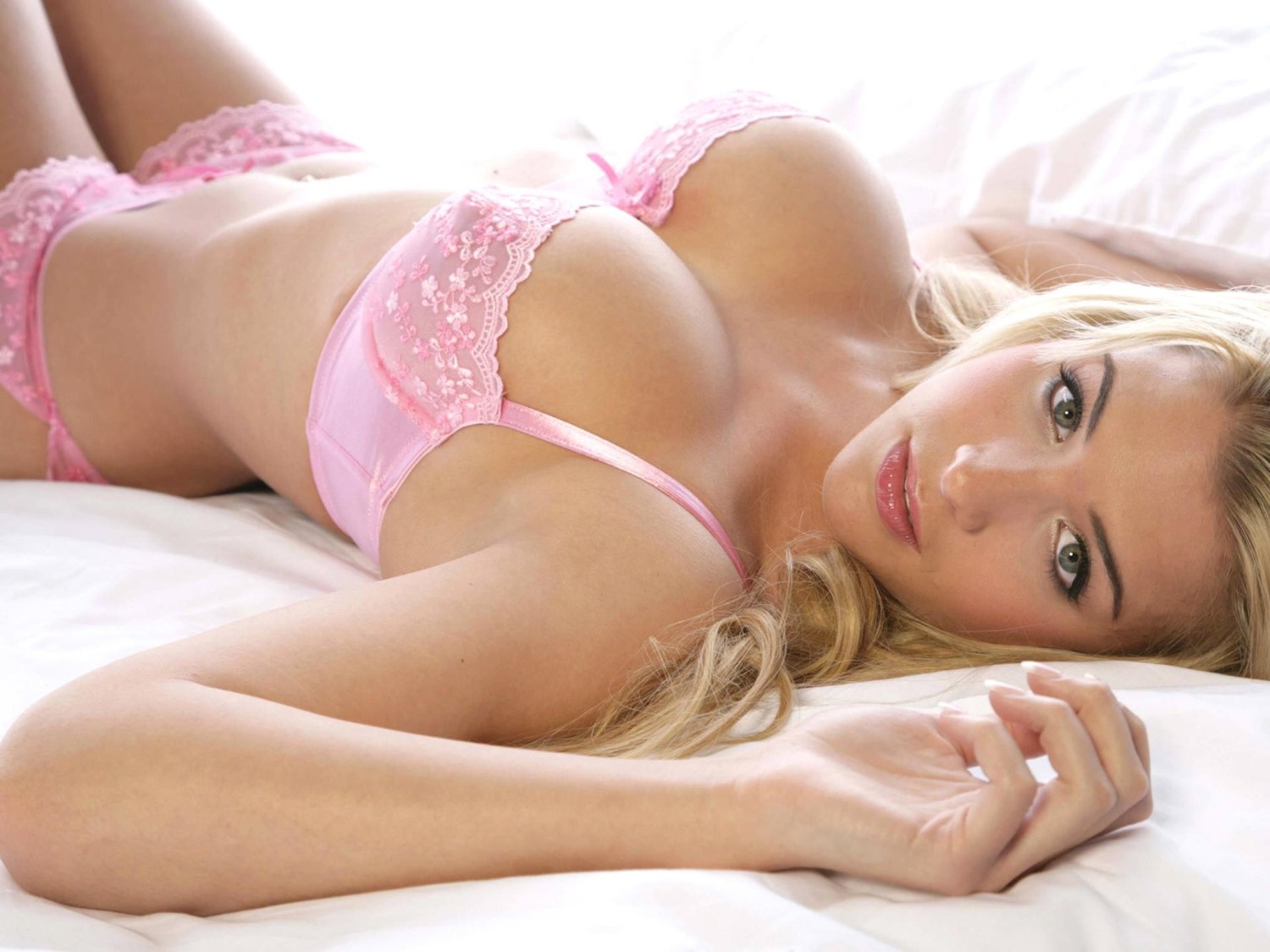 And the blonde says, "Yes, anything!!"

With that, the man says, "Follow me." He walks into the next room and tells her, "Come in and close the door."

She does. He then says, "Get on your knees."

She does. He then says, "Take down my zipper."

With that, she takes it out and takes hold of it with both hands. The man then says, "Well, go ahead!" She brings her mouth closer to it, and while holding it close to her lips, she says, "Hello...Mom?" 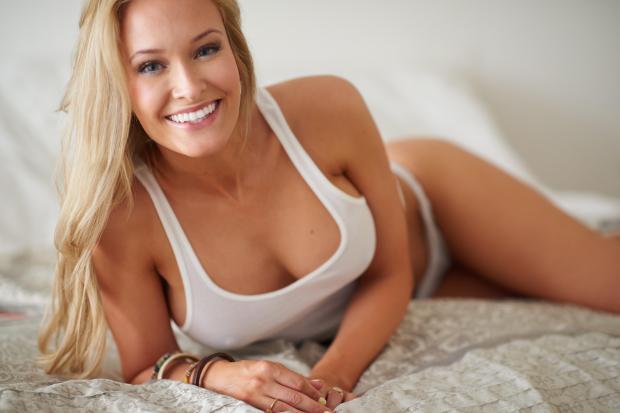 The redhead then reaches out, touches it with her fingers, smells it, and says, "It smells like semen."

The blonde reaches out and touches it with her fingers, puts her fingers in her mouth and tastes it, and says, "It sure doesn't taste like anyone in THIS building." 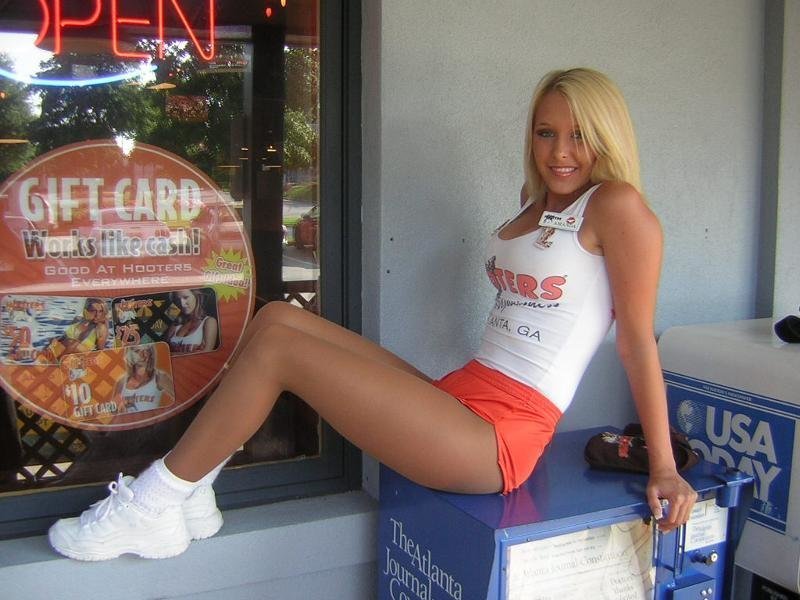 A trucker came into a truck stop cafe and placed his order. He said, "I want three flat tires, a pair of headlights, and a pair of running boards."

The brand new blonde waitress, not wanting to appear stupid, went to the kitchen and said to the cook, "This guy out there just ordered three flat tires, a pair of headlights, and a pair of running Boards. What does he think this place is, an auto parts store?"

"No," the cook said, "Three flat tires mean three pancakes, a pair of headlights is two eggs sunny side up, and running boards are two slices of crisp bacon."

"Oh, OK!" said the blonde. She thought about it for a moment and then spooned up a bowl of beans and gave it to the customer.

The trucker asked, "What are the beans for, Blondie?"

She replied, "I thought while you were waiting for the flat tires, headlights, and running boards, you might as well gas up!"