After posing naked under a sacred tree while in Bali, a Russian yoga influencer, Alina Fazleeva, was deported.

Alina is very popular on Instagram, where she has many followers. She had shared pictures of herself naked under the sacred tree with her fans before local authorities got hold of them.

Niluh Djelantik, a Balinese entrepreneur, brought the incident to the attention of the local authorities, who immediately took action.

The entrepreneur said that the social media influencer had posed naked under the weeping paperbank tree, 700 years old. The tree is locally known as kayu putih. 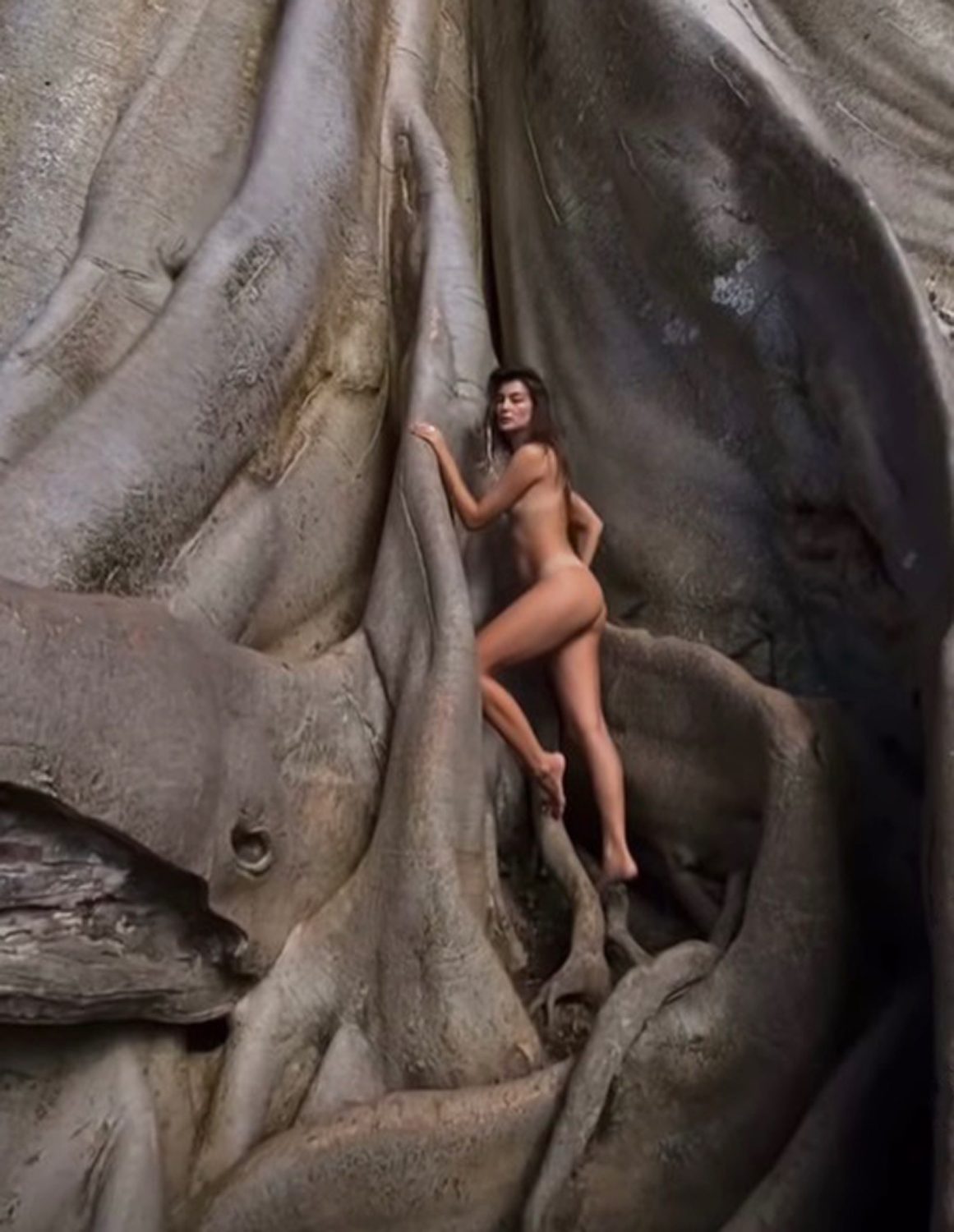 Alina can be seen on top of the tree in the photo, and she is completely naked. Her chest and butt are closely pressed into the tree's massive roots.

The famous tree is found at Babakan Tempe in the Tabanan regency. It is located in Bali in, Indonesia.

The locals consider the tree sacred, which is why the fact that Alina took a naked photo while perched on it was such a huge source of outrage for them.

Alina and her husband later did a cleansing ceremony to eliminate the offensive gesture as per the local beliefs. In a new video, Alina can be seen fully clothed and praying at the bottom of the sacred tree with her husband, along with a message that said, "I apologize to all Balinese and Indonesian people, I regret my actions."

She also said that she was very embarrassed by what she did and that her intention was not to offend anyone in any way. Alina claimed that she did not know anything about the place before she decided to pose for a naked photo on the tree.

The influencer said that she prayed under the tree and went to the police to explain what had happened and offer her apology.

After the incident, many people have given their opinions about what happened. According to one Facebook user, there are a lot of naive travelers today. The internet user pointed out these people don't take time to understand how best to enjoy their travels and instead do the things they do back home.

Some people, unfortunately, made no effort to sympathize with Alina and what she had done. These people thought the influencer was incredibly disrespectful.

To others, the entire incident was an example of the problems the area was facing in general. Such people felt that it was time that people stopped pulling stunts for the sake of social media.

They pointed out that if she wanted such a picture, she would have kept it for private and personal use instead of sharing it with the world. To these people, sharing the intimate photo got her into trouble with the local authorities. Jamaruli Manihuruk, Bali's immigration chief, said what Alina did was a danger to public order and a show of disrespect to the local culture. He explained that these were why she was getting "sanctioned" by getting deported.

After the incident, Alina and her husband were deported for violating local culture. The couple also got banned from the country for at least six months.