A model shared an eerie account of how she had to move to a different house after she caught a stalker staring into her bedroom through the window.

Guste Janusauskaite shared the story in a few TikTok videos, in which she posted a video that showed her doorbell footage. The creepy video showed a man coming to her house at night.

After she first saw the stalker, her mom had called the police. However, the police "did nothing."

So, they were on their own and tried to deal with the situation themselves. They began by moving the camera closer to her room.

That's when they caught the stalker coming back.

She also shared the unsettling footage of the man standing just outside her bedroom.

People On TikTok Suggested The Man Was Up To No Good 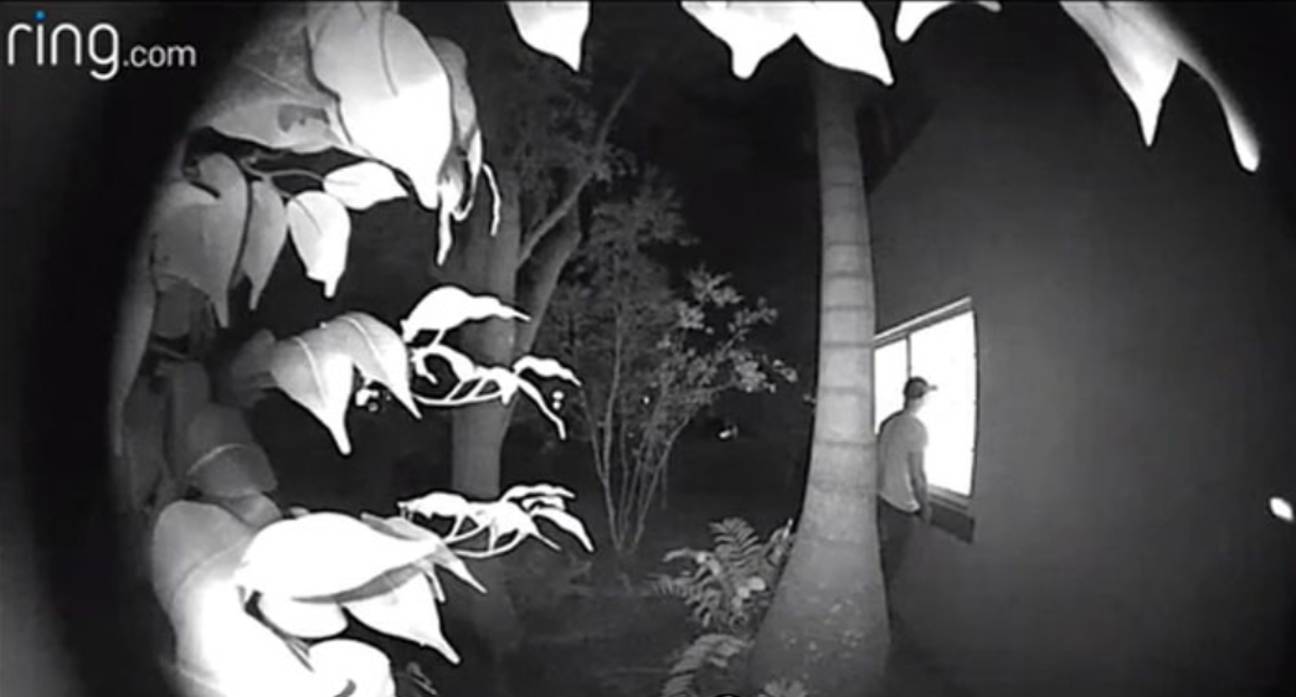 Her TikTok fans warned her that the man was checking out her home and probably wanted to do something bad to her. They noted that he was peering into the windows and looking up the roof.

Guste revealed in a different video that the stalker had found the house although she was living in a gated community. Her opinion was that the man had been stalking her for a while and even knew her schedule.

They Set Up A Booby Trap For The Stalker

still can’t believe this happened to me, the ptsd is real-stay safe out there ladies🥲 #storytime #stalkertok #mystalkerstory #creepy #fyp #scarytok

In an attempt to catch the man, Guste and her mom rigged a booby trap. It consisted of a piece of rope tied between two trees.

About a week later at about 2 am, she heard the trap go off. As soon as she checked the Ring app on her phone, she discovered that the stalker was just outside her window.

She told her followers:

"I'm watching him watching me 2 inches away from my effing face. I've never run so fast in my life to my mom's room."

Although the model called the cops and printed posters, which she handed out around the neighborhood, the stalker could not be identified. Therefore, she was always "scared and cautious every time" she was leaving her house.

Guste And Her Mom Moved Houses After The Incident

Eventually, she told her followers that she and her mom decided to move and were now living in a third-floor apartment. Apparently, they had also engaged the private investigator's services, who was helping them identify the man and track him down.

The Model Now Carries Pepper Spray And A Pocket Knife

Following the incident, Guste says that she has been traumatized. At the moment, she always carries pepper spray and a pocket knife whenever going outside.

She confessed that "The situation was extremely difficult to deal with once it happened. I still have PTSD when going to sleep in my room."

Guste also expressed her disappointment with the way the police responded to her appeal for help. She said in a TikTok video that the situation showed how women are not being taken seriously.

According to her, "nobody listens to us [women], and we are constantly in danger."