Whales are such intelligent animals. If you ever thought otherwise, this video will prove you wrong.

The moment this beluga whale used its hydro blast to retrieve its toy, which had mistakenly left its enclosure pool, was beautifully captured by one devoted whale watcher.

The whale can be seen spitting water at the ball in a quest to get it to bounce off the wall in its direction. The first hydro blast did little to get the toy moving but, the second blast did it. She was probably getting ready for a third blast when she noticed that the ball was within reach. You can see her going back in to probably spit out the water before coming back up to grab the toy before diving back in gleefully.

Even without an IQ test, we can tell that whales are intelligent creatures. They don't have one of the largest brains on earth just for show, and they use it. Exhibiting high emotional and social intelligence levels is nothing new for them but always fun and mesmerizing to watch.

The video clip was uploaded on Reddit and has since gotten over 87,000 upvotes. It's not hard to see why, and such display of intelligence by a somewhat 'lesser' animal is impressive. No wonder whales and dolphins are arguably called the 'brainiacs' of the sea. 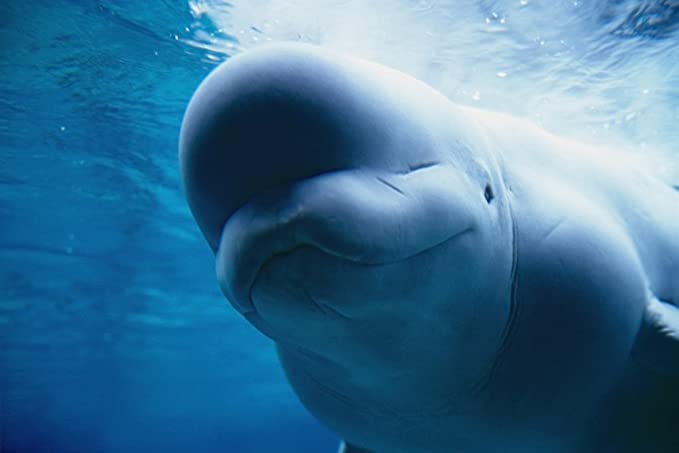 To echo similar sentiments, another user added: "It's definitely smarter than some human kids I've seen."

One viewer joked on the post, saying: "Yet when I spit at out-of-reach things, they kick me out of Walmart. These whales have had it too good for too long."

Another Redditor added: "Yo, they have a basic understanding of Physics but a more complex understanding of the world than you think. That's f*cking wild and also cause for some real soul searching before marine life is dismissed."

What do you think? Have you had any encounters with whales showcasing their 'talents'?