The Vietnam War is undoubtedly one of the most memorable and impactful conflicts of the 20th century. It started as a civil war between North and South Vietnam. Eventually, the war dragged in other major powers like the Soviet Union and the United States.

The two superpowers saw the war as a way to expand their sphere of influence in the region. Additionally, it was a way to challenge each other for the title of the supreme hegemon of the world.

Despite its disastrous nature and the destruction caused throughout the region, the war remains relatively well-documented. Vietnam War photos have been well preserved, primarily thanks to the US forces. They captured the events throughout their multi-year overseas campaign. These photos and easily accessible to the general public and generally provide a good representation of the war.

Below, however, you can see less-known Vietnam War photos that captured the essence of the conflict to the fullest. They depict different occurrences and make us see the war from other, more intriguing sides.

Gathering Around A Guitar 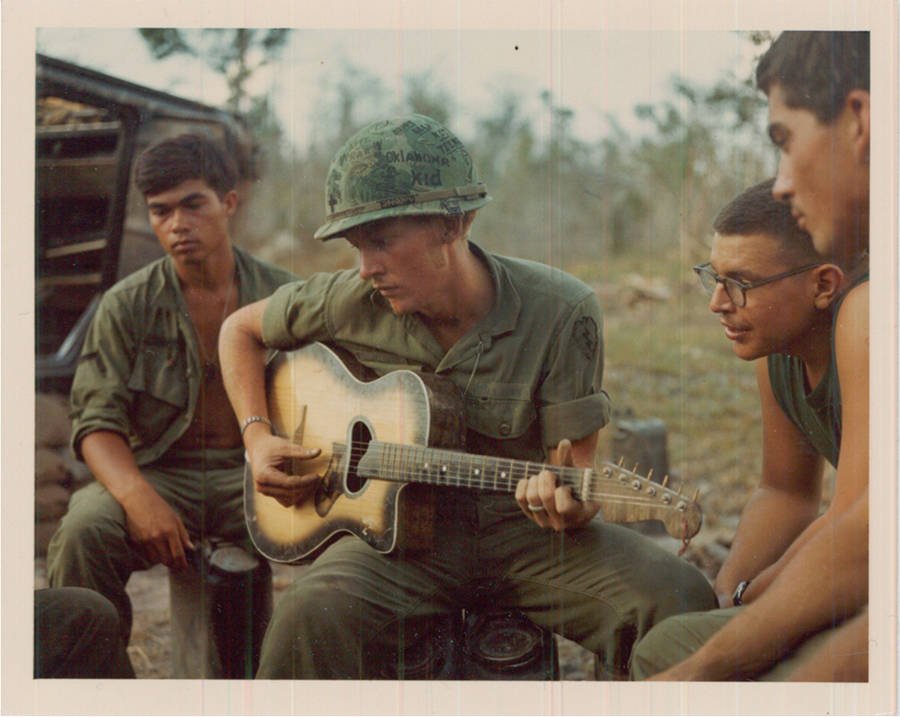 Operation Yellowstone was a large-scale offensive launched by the US military in December of 1967, at the height of US involvement in the war. It lasted for nearly three months, ending in the victory for the American forces.

It was an attack on North Vietnamese positions in which the Americans suffered about 80 casualties while inflicting more than a thousand on the enemy. 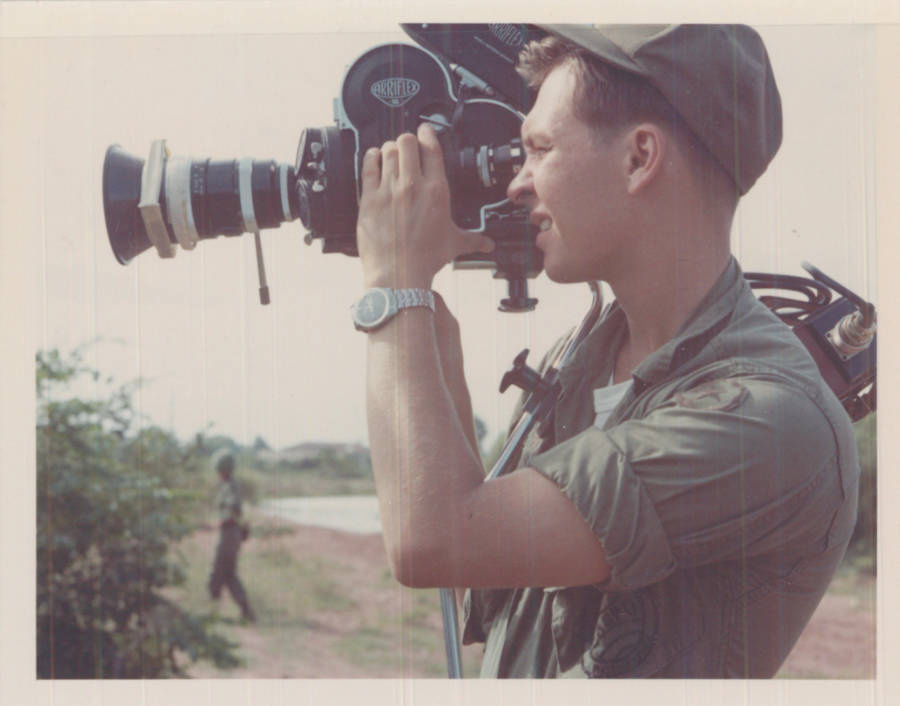 In this photo, taken in January of 1968, the US soldiers were gathered around at camp, playing guitar. Resting well and keeping the overall morale was essential since they fought in foreign lands, countless miles from home, in terrible conditions. This shot is one of the most interesting Vietnam War photos because it captures a different side of the conflict.

Along with war supplies, soldiers would also receive other cargo such as different kinds of journals, books, and musical instruments to make them feel a bit more relaxed. Plus, the war coincided with one of the best eras of western music, with artists like Jimi Hendrix and the Beatles leaving their mark permanently on the world.

This one might come across as one of the most incredible, realistic Vietnam War photos, as the soldiers tried to enjoy their free time whenever they could, even amid critical military operations. 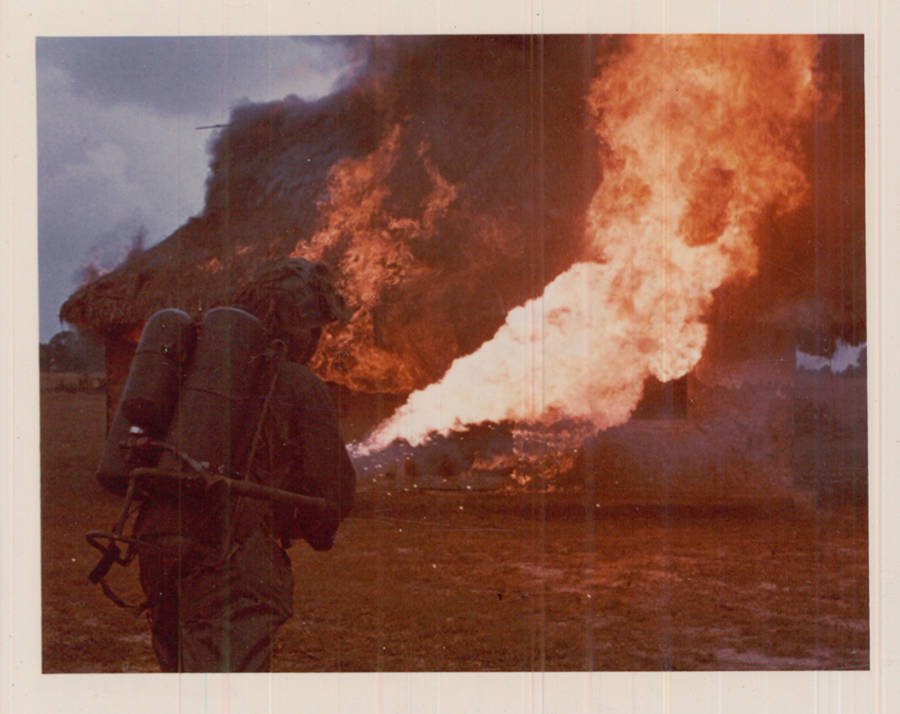 It is well-known that the North Vietnamese forces were not the only enemy of the United States during the war. In fact, the US army was better trained and equipped for the war.

The fighting conditions ultimately caused the Americans' demise in the war since much of the fighting took place in harsh jungles. It is where they would often get ambushed by well-hidden Vietnamese forces and be forced to flee. 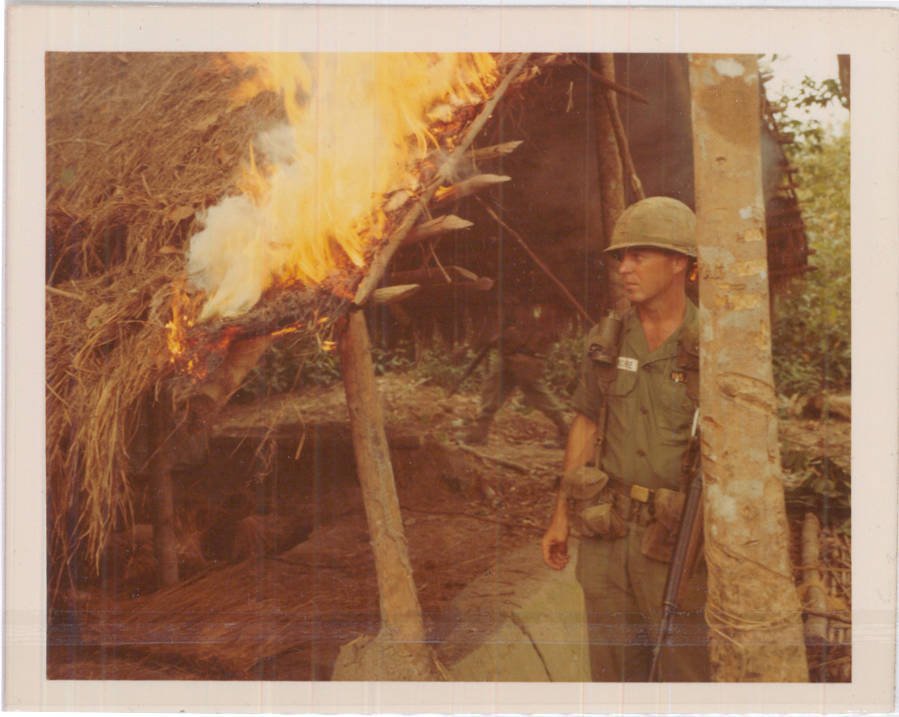 To counter this, the Americans used everything in their power to get rid of the jungle. The most efficient tool for it was, of course, the flamethrower. In one of the most horrifying Vietnam War photos, an American soldier can be seen using his flamethrower, setting fire to a wooden house in a Vietnamese village. 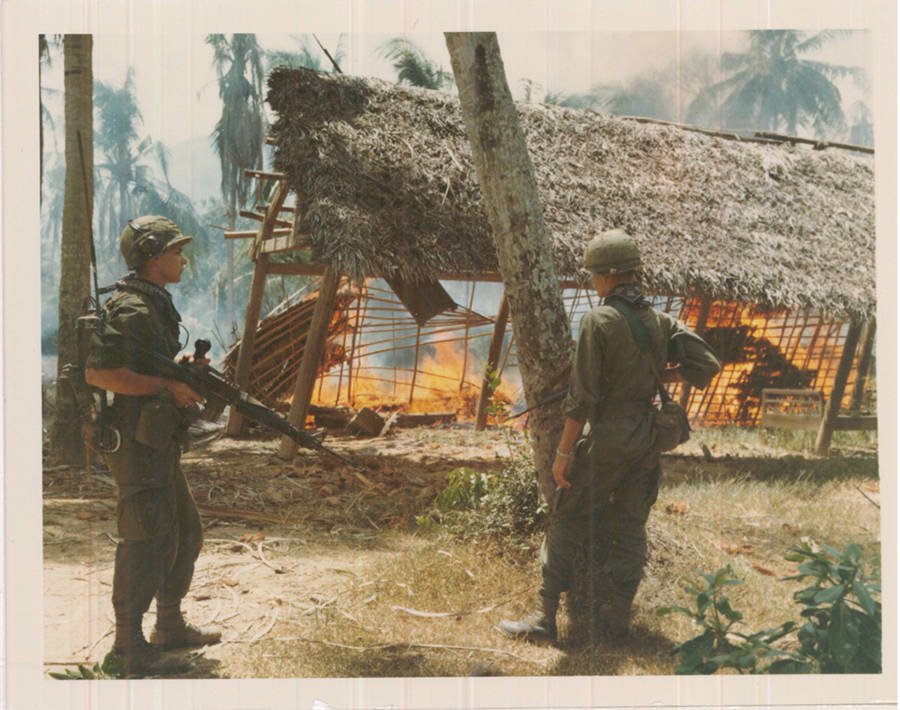 The troops were often ordered to carry out search and destroy missions and lower the morale of the guerilla fighting forces by all means possible. Again, the flamethrower was very efficient, producing one of the most haunting Vietnam War photos.

A Letter From Home 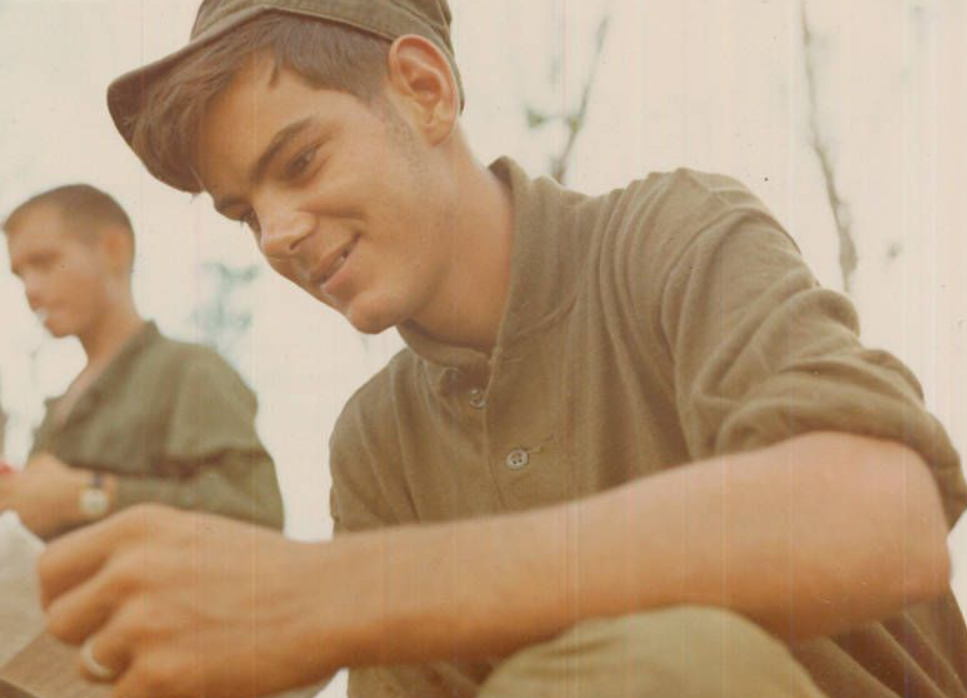 In one of the most wholesome Vietnam War photos, US Private First Class John J. Schult reads a letter he received from home. This shot is pretty unique and manages to capture the side of the war that is not concerned with warfare.

The war was a massive phenomenon in the States, and everyone was trying to support the military as much as they could. Every soldier would receive something from home, be it a letter, a picture, or a piece of clothing. People would donate stuff to the frontlines to remind them that they are remembered. 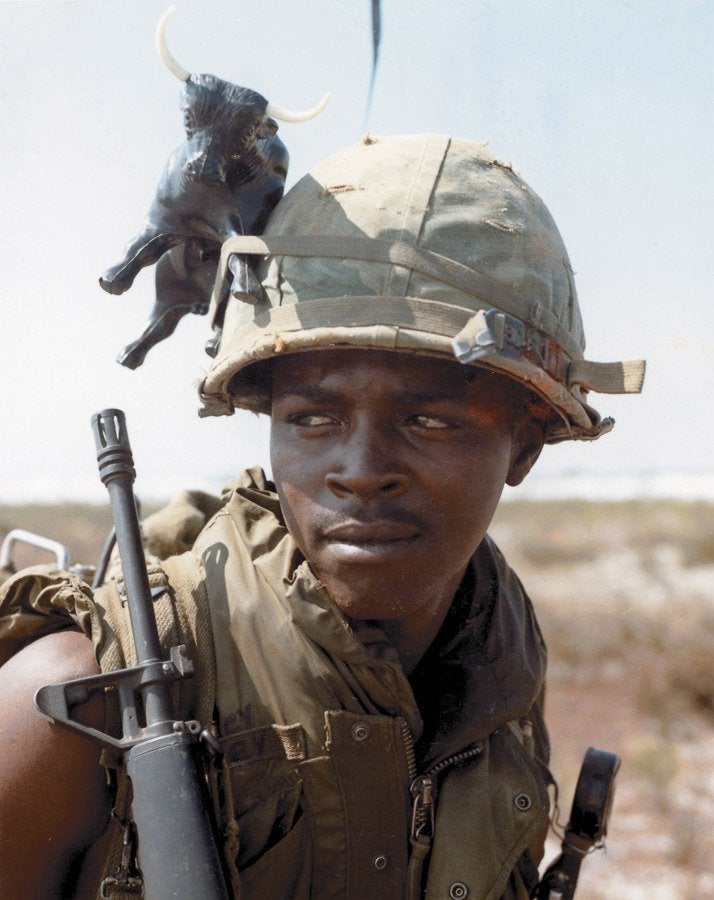 As the soldier reads through the letter, he is reminded of the more peaceful times. The nostalgia can be seen in his eyes. The smiling private is one of the best examples of this. 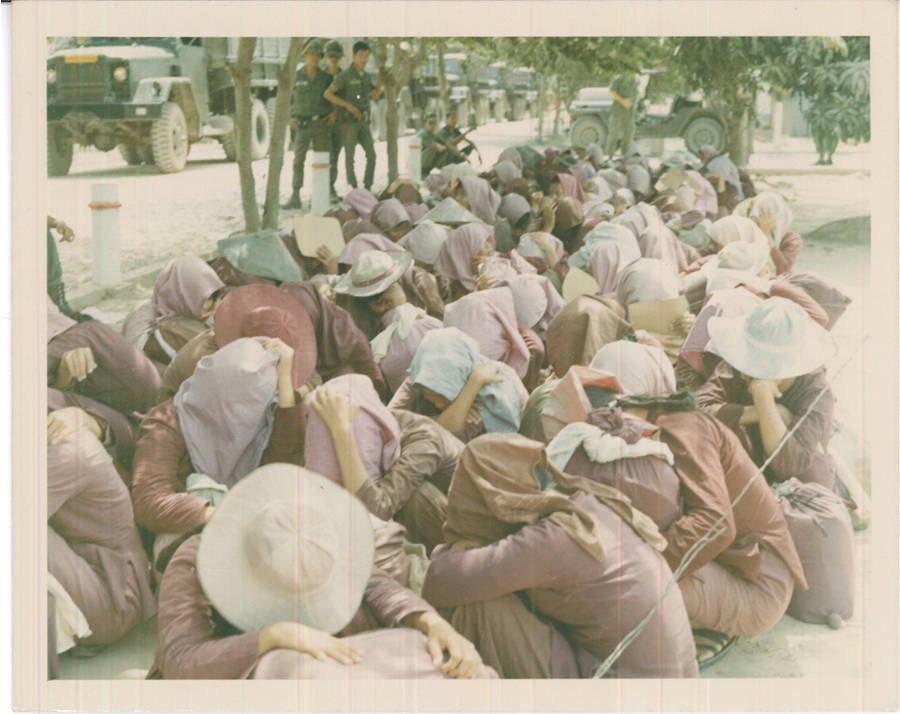 Many Vietnam War photos depict prisoners of war, but only a few manage to represent how terrifying it really was to be uncertain of what would happen to you next. This shot of captured Viet Cong women is undoubtedly one of them. 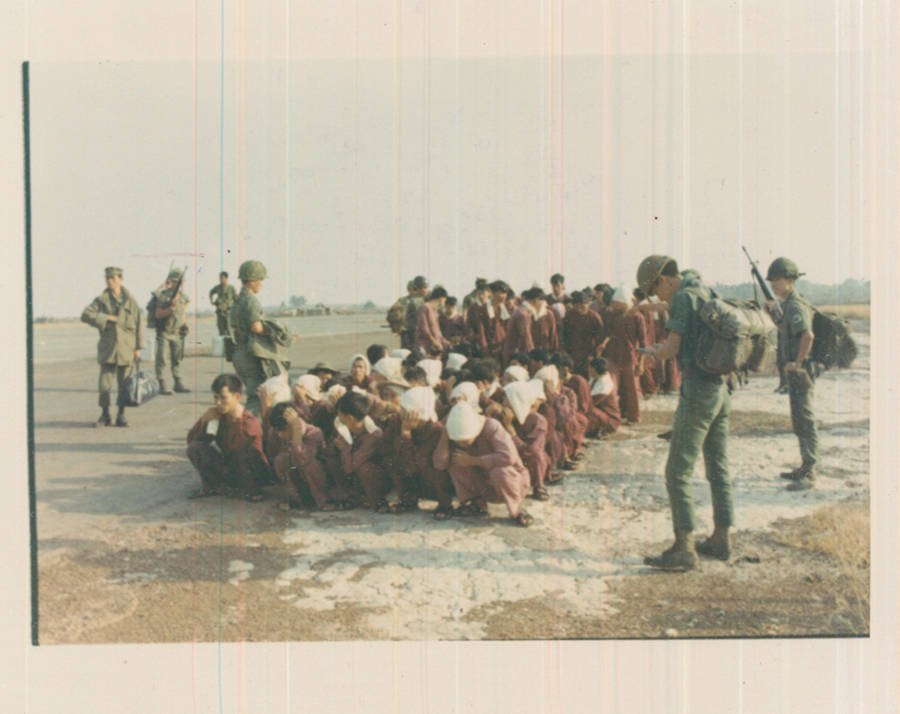 The photo was taken in February of 1973, near the war's ending. As the Americans would advance further into the territory occupied by the Northern Vietnamese and Viet Cong forces, the number of prisoners they would capture would increase. Of course, the Americans would try to avoid casualties to the fullest extent possible and often offer the forces to surrender.

In the photo, tens of women can be seen, covering their faces, uncertain of their future. 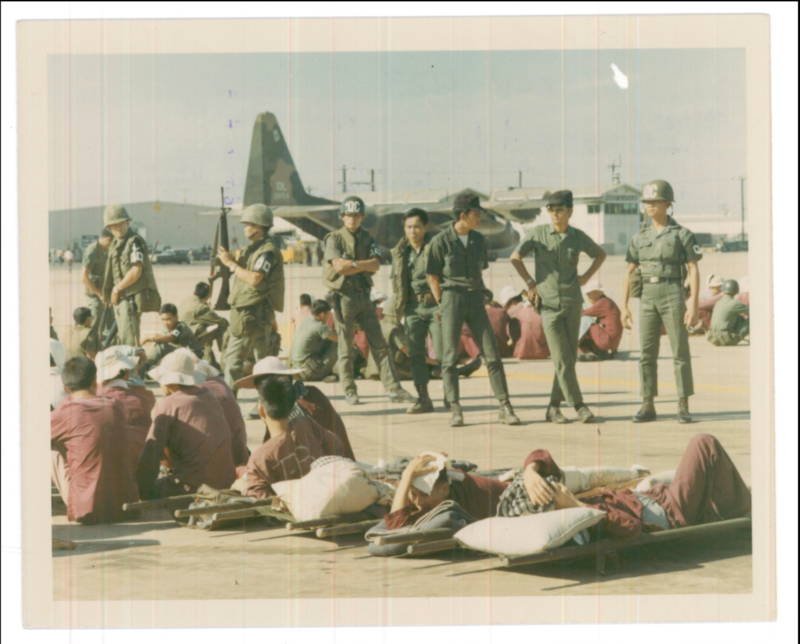 In many cases, prisoners of war were returned and left unharmed at their respective villages and were transported to the US and given a completely new life. This is why there is a pretty sizable diaspora of Vietnamese people in the States.

Despite many Vietnam War photos with war prisoners, this one definitely feels unique. 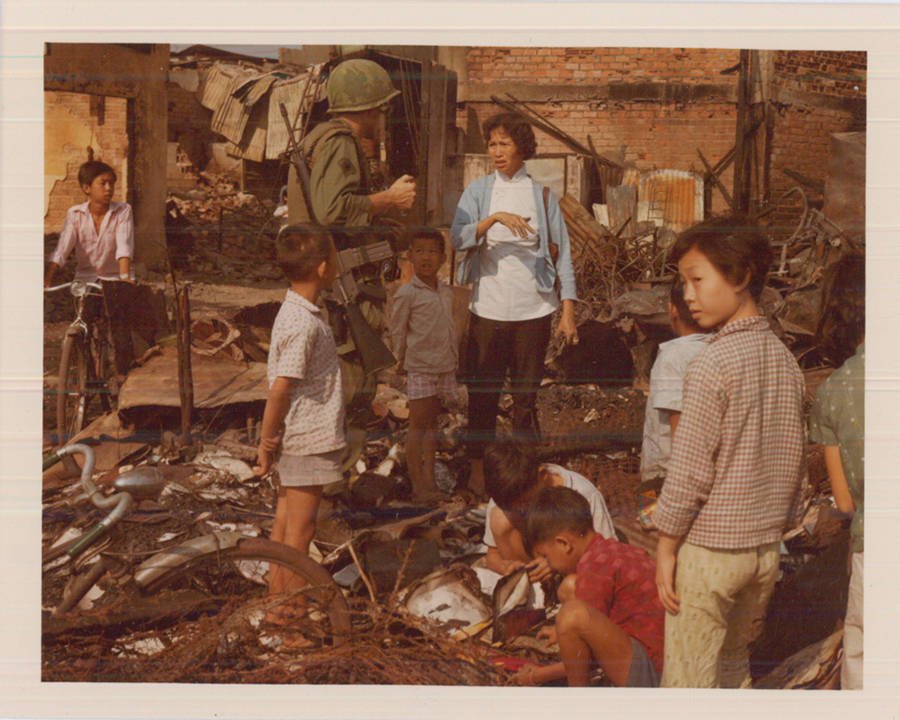 In one of the most intriguing Vietnam War photos, photographer Ted Acheson questions a Vietnamese family whose home had been destroyed during the war. Children surrounded the mother while searching for their lost possessions in the rubble from all the destruction the war brought them. 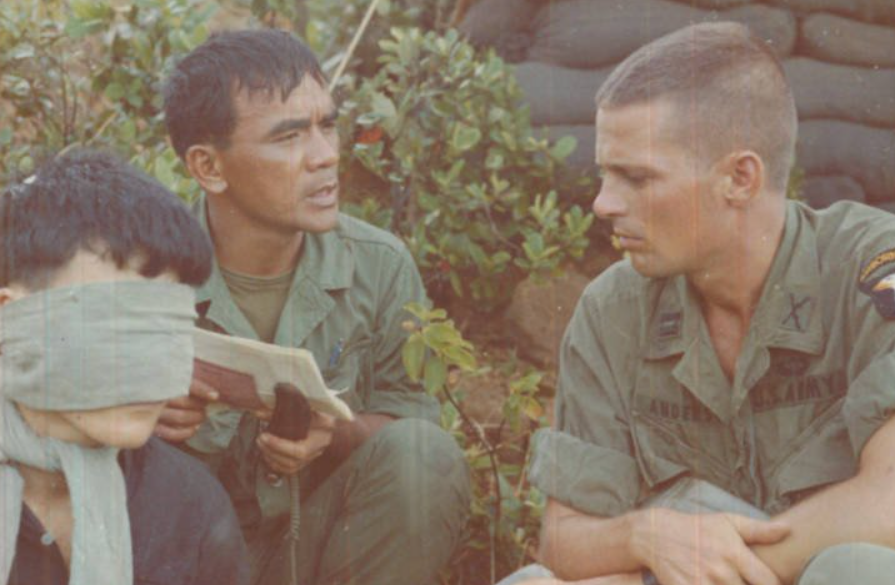 After the bombardments, soldiers would try to talk to the native Vietnamese, hear about their concerns, and offer them any type of help that they could. This picture precisely depicts one of those moments. 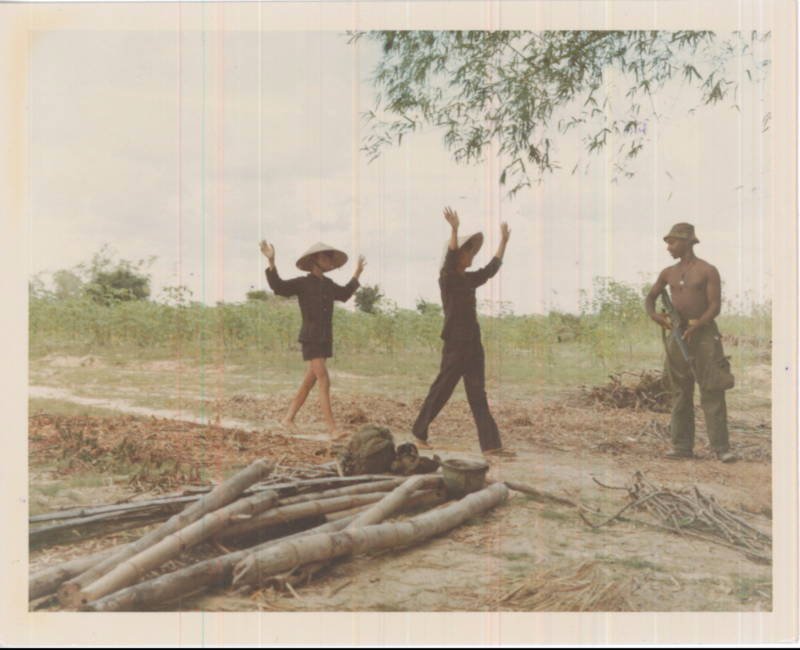 During the war, thousands of Vietnamese families lost their homes and were forced to seek shelter in other parts of the country or immigrate to neighboring states. The battle, overall, left a dark mark on the country, and its effects can still be seen today. 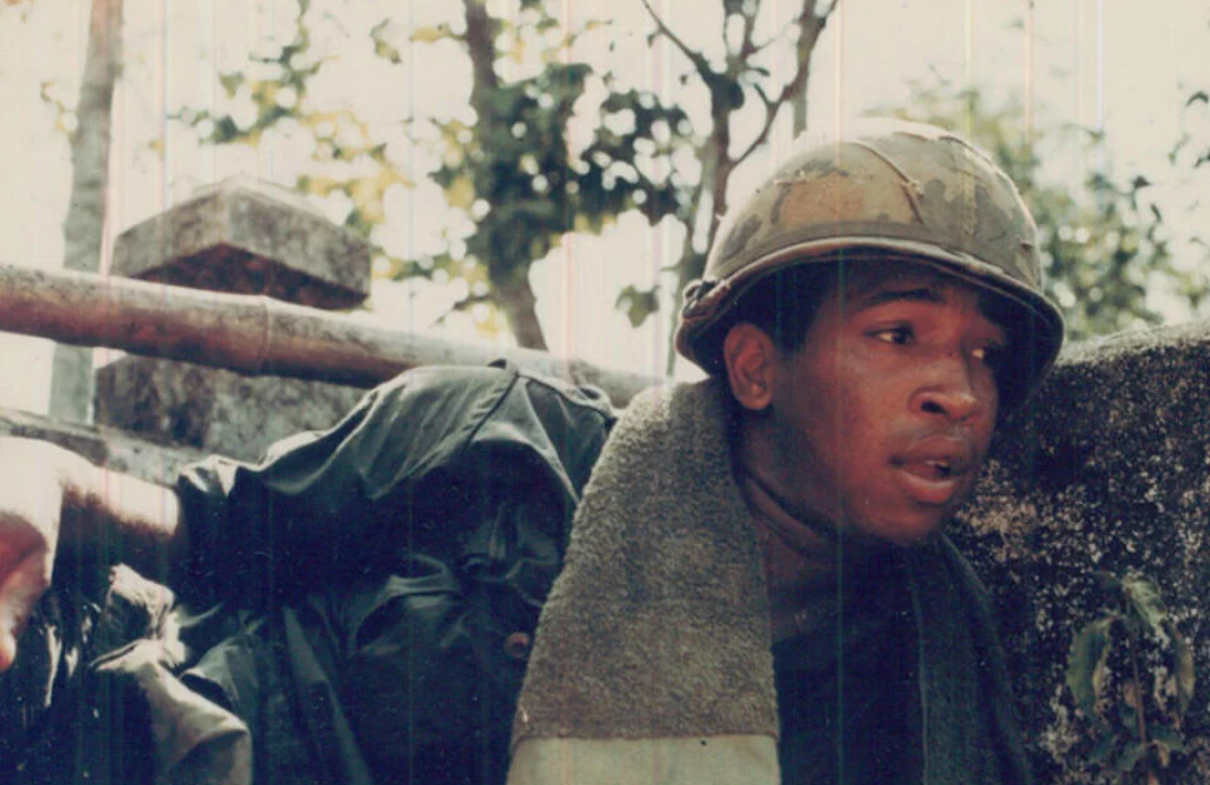 All in all, these Vietnam War photos showcase the conflict from a whole different perspective and are an excellent guide to any learner that wishes to know more about the intricacies of the war.